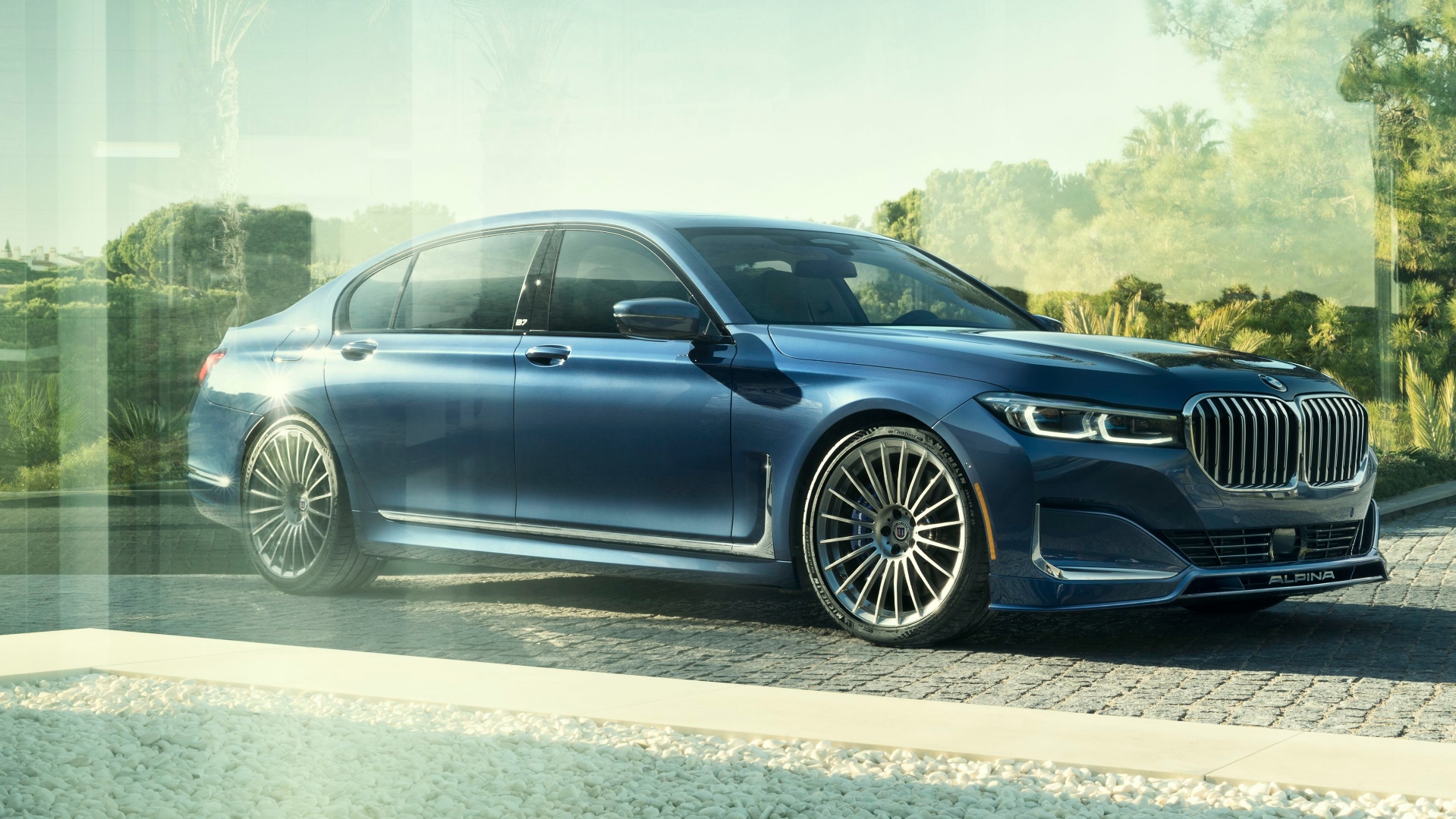 Based on BMW’s flagship 7 Series, the B7 is the latest super saloon from performance, style and racing wizards, Alpina. It’s also the closest thing to an M7 we’re likely to see. 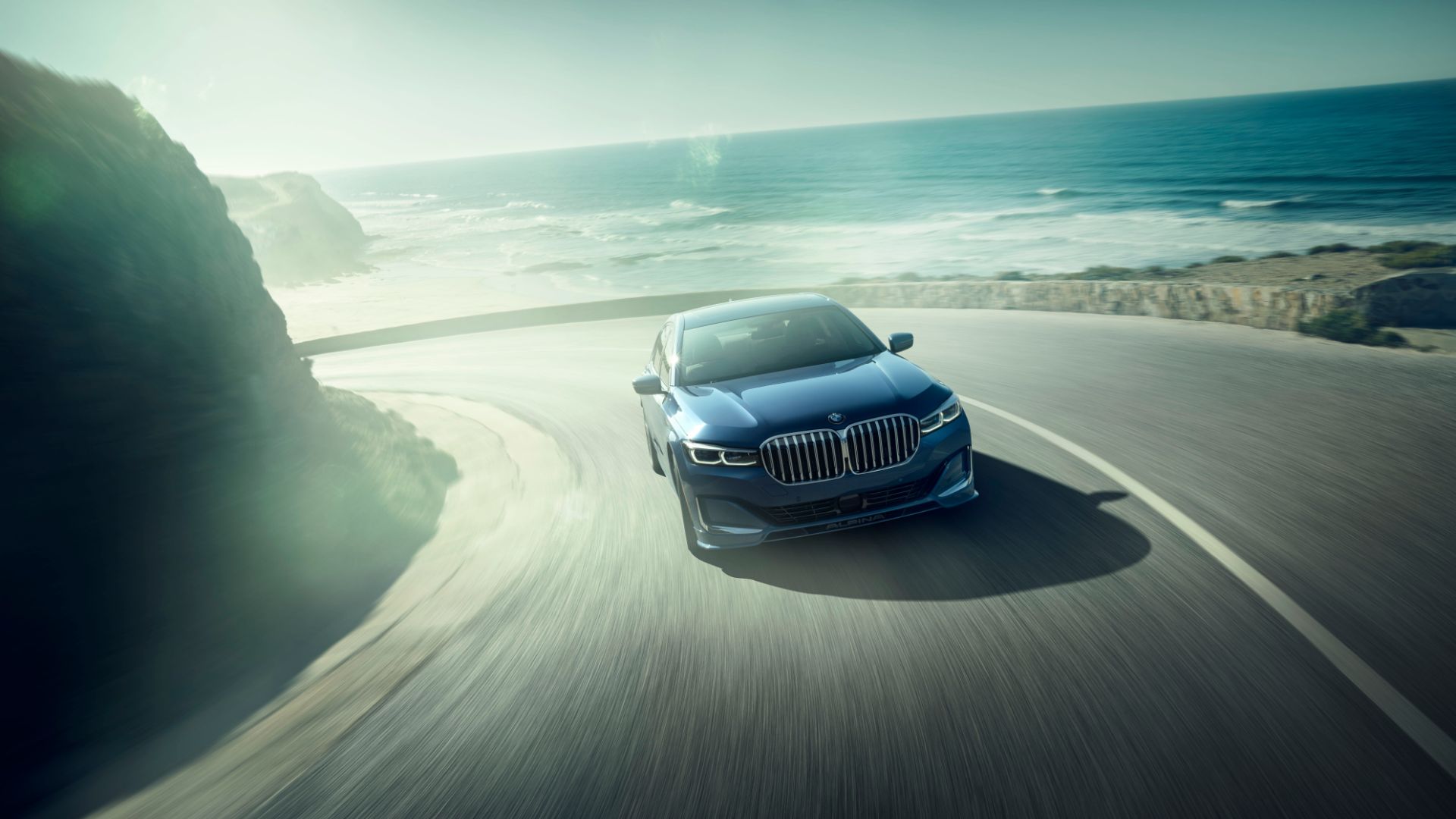 Under the bonnet is a 4.4-litre twin-turbocharged V8 with 600hp and 590lb ft of torque. For the uninitiated, those are M5 numbers and then some.

This sumptuous luxury saloon can reach 60mph from a standstill in 3.5 seconds and, if you keep the pedal pressed, sail on to a top speed of 205mph. Super saloons don’t get much swifter.

Keeping all that performance under control is an epic braking system, comprised of four-piston front calipers pinching 394mm discs. At the rear, floating calipers work with 398mm discs.

The B7 is four-wheel drive (xDrive) only, while Alpina Sport Chassis settings drop the car by 15mm. 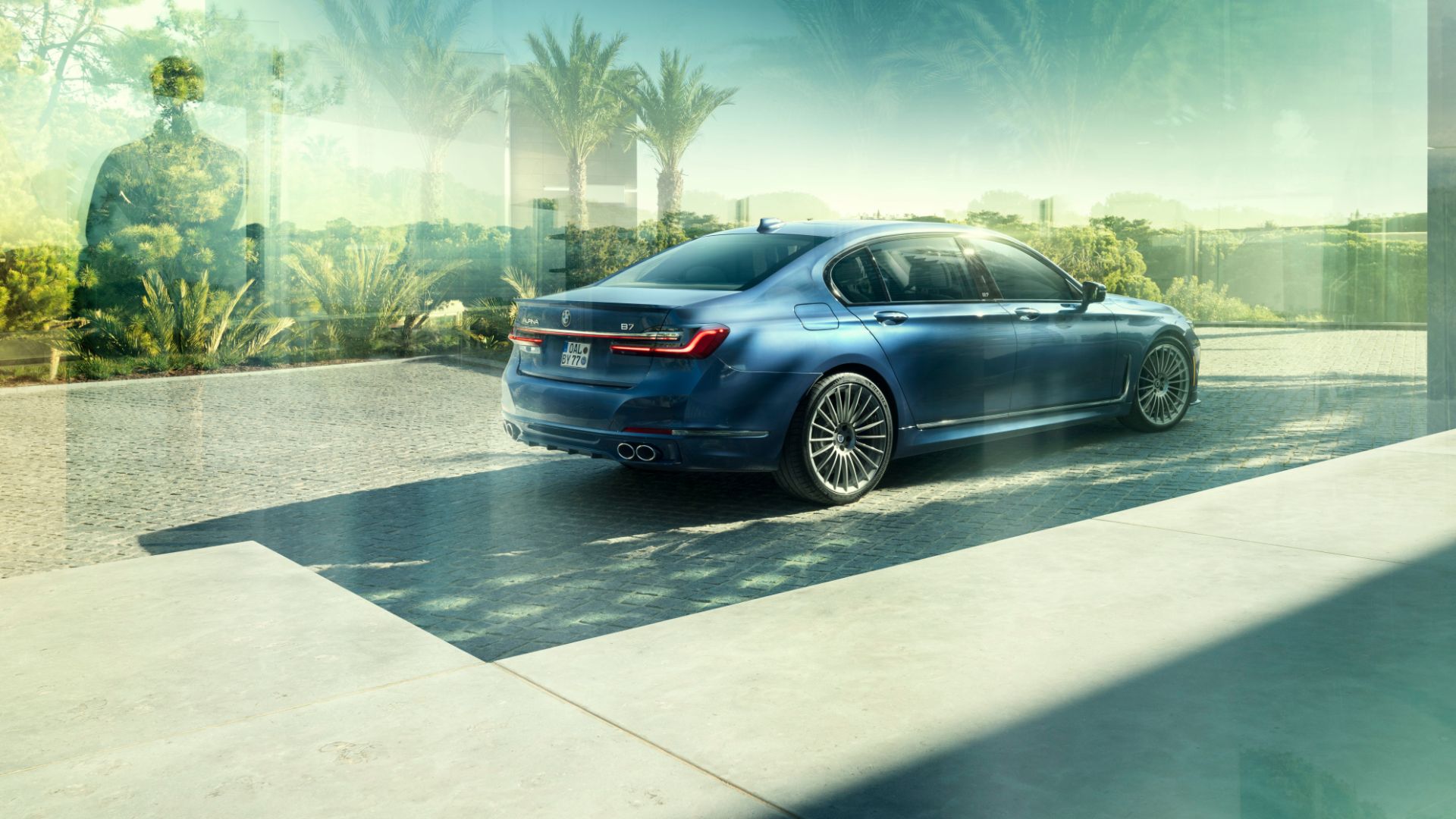 BMW has had a grilling (ha ha) from commenters about the snout of the new 7 Series. Even Alpina couldn’t entirely distract us from that chrome muzzle, but it’s a good effort. Nothing says ‘understated performance’ like those classic multi-spoke wheels, now in 20- and 21-inch sizes.

Your best clue to this car’s latent potential is found at the back. Four distinctive exhaust tips, nicely integrated into the big 7’s bumper, mark it out as Alpina-fettled. A V8 howl comes as standard. 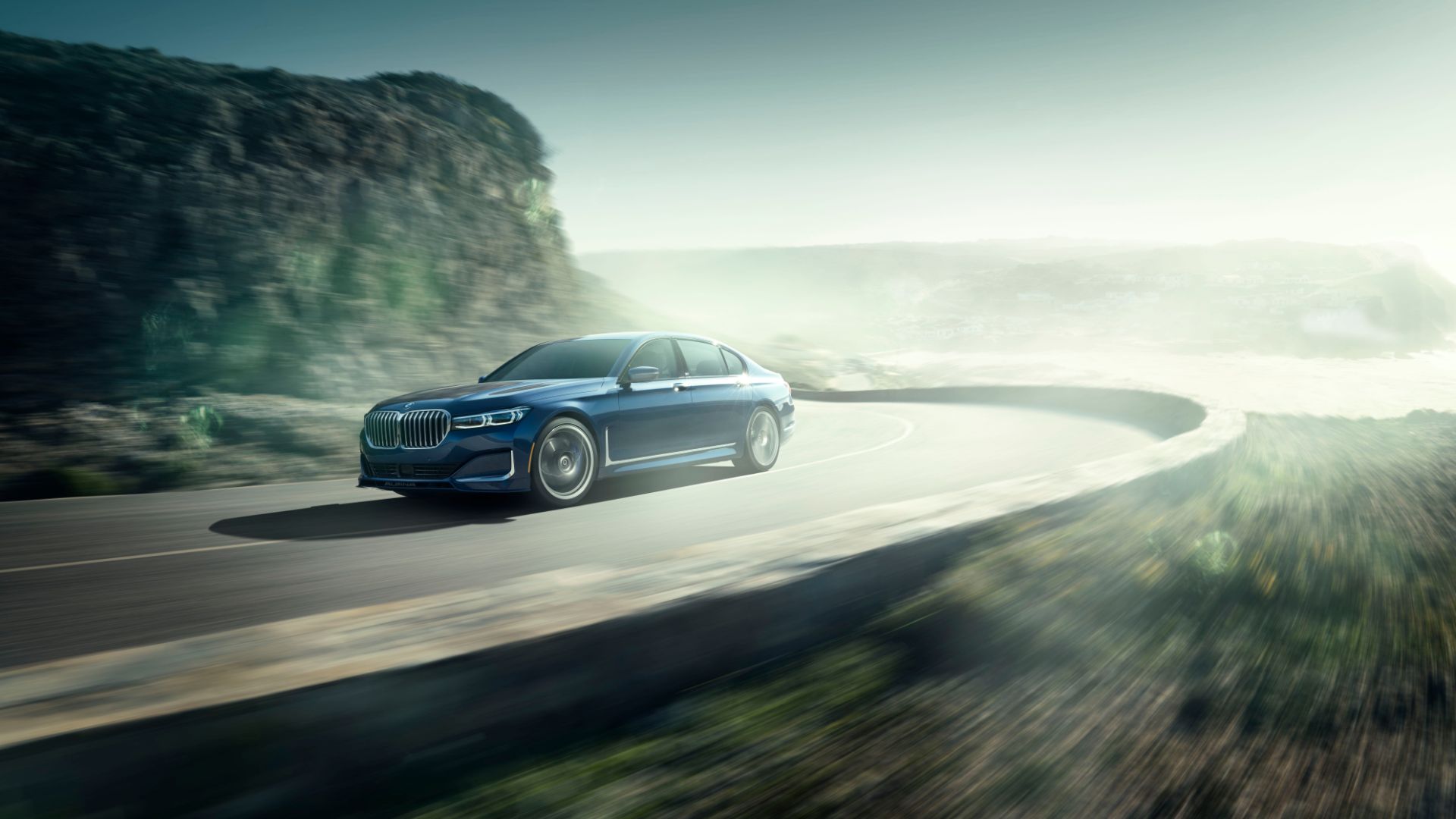 One area the updated 7 is absolutely an improvement over the outgoing car is inside. Subtle updates include a digital dashboard, new steering wheel and different trim options. With a dusting of Alpina magic, expect some contrast stitching to go with your Nappa leather.

As ever, the Alpina touch is as subtle as it is sexy. Under the skin, though, lies a monster that could show up most M cars. Don’t like the new grille? Just as well, given you’ll only see the back of the B7 as it blasts past.