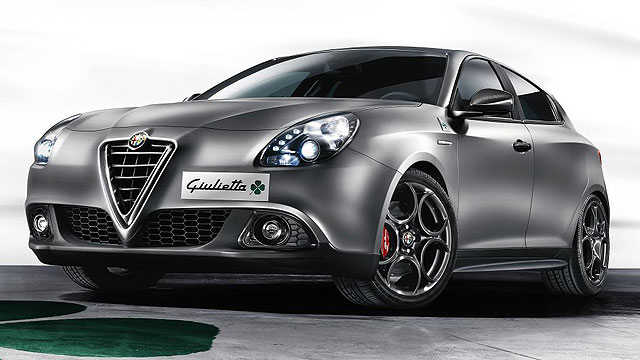 Alfa Romeo will show a facelifted Giulietta QV at Geneva 2014 – complete with engine taken straight from the 4C junior supercar.

Yes, that’s right: Alfa really has installed the 240hp turbo petrol from the 4C into its Volkswagen Golf GTI chaser. Not only that, it’s also swapped the old car’s baggy six-speed manual for the 4C’s TCT dual-clutch transmission.

OK, it’s not quite a Lancia Thema 8.32, but it’s still fantastic kudos for the rather forgotten family hot hatch, and with 0-62mph now taking 6.6 seconds instead of 6.8 seconds, it’s able to outpoint the GTI against the clock.

4C lineage means it brings the same lightweight aluminium engine block as boasted by the mid-engined wonder, plus direct injection and twin variable valve timing. It also has an anti-lag turbo system, courtesy of scavenging control.

The seamless-shift TCT will help keep the turbo spooled up, while extensive anti-friction coatings keep losses down so that it meets Euro 6 emissions standards.

Alfa also fits what it describes as a new fuel intake unit that “produces the sort of sound that is expected of the sportiest Alfa Giulietta in the range”.

If this means it sounds like the one Hammond drove on Top Gear, count us in.

No missing the Giulietta 4C

Alfa is producing 500 special Limited Edition Giulietta QVs to launch the new sportscar-engined hot hatch, and Alfa’s canny British importers have secured 20% of them. Spot them from their carbon fibre spoilers, anthracite five-hole 18-inch alloys and a choice of two reds or a very special Matte Magnesium Grey. 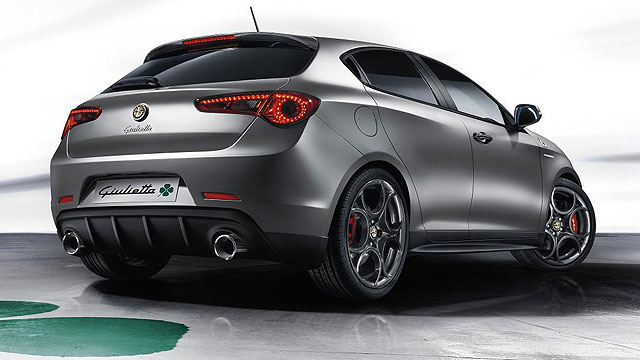 The interior has a similarly rich makeover, and we love details such as the white and green stitching for the steering wheel, and the bespoke new look for the dials.

We’ll get more information about the Alfa Giulietta QV from the show next week. We’ll also listen how to correctly pronounce the full name for QV – that’s Quadrifoglio Verde, or ‘Cloverleaf’.

For now, tell us: will the fact it now has the very same engine as that in the 4C convince you to give the Alfa Romeo Giulietta QV a second look?