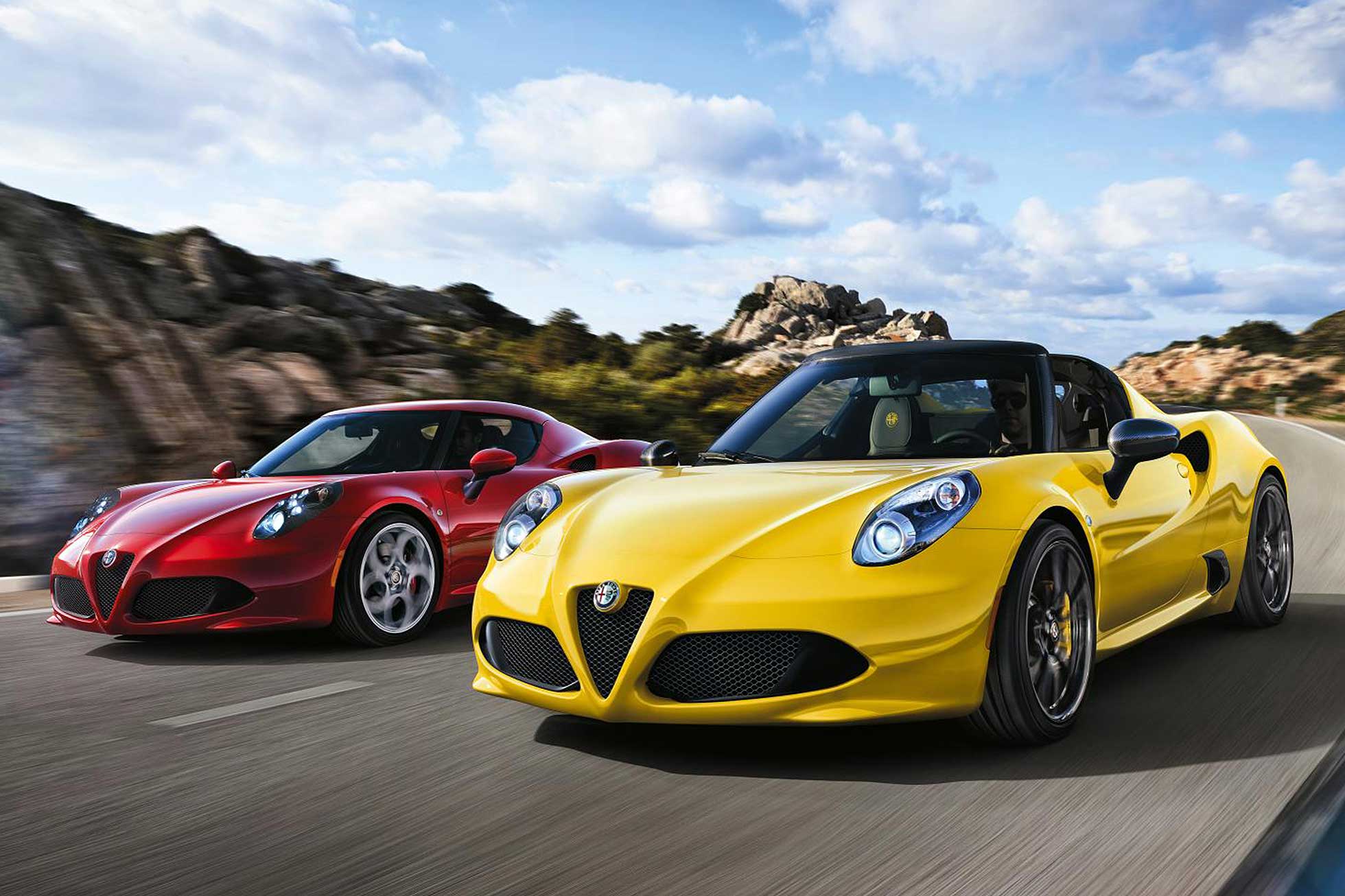 Alfa Romeo will officially roll out the 4C Spider in Europe at the 2015 Geneva Motor Show next week.

The firm has also introduced a series of 2015 model year revisions for both Spider and Coupe – including a free choice of headlight options, either xenon projector-style or bi-LED with carbon fibre surrounds.

The latter, above left, have divided opinion to date… 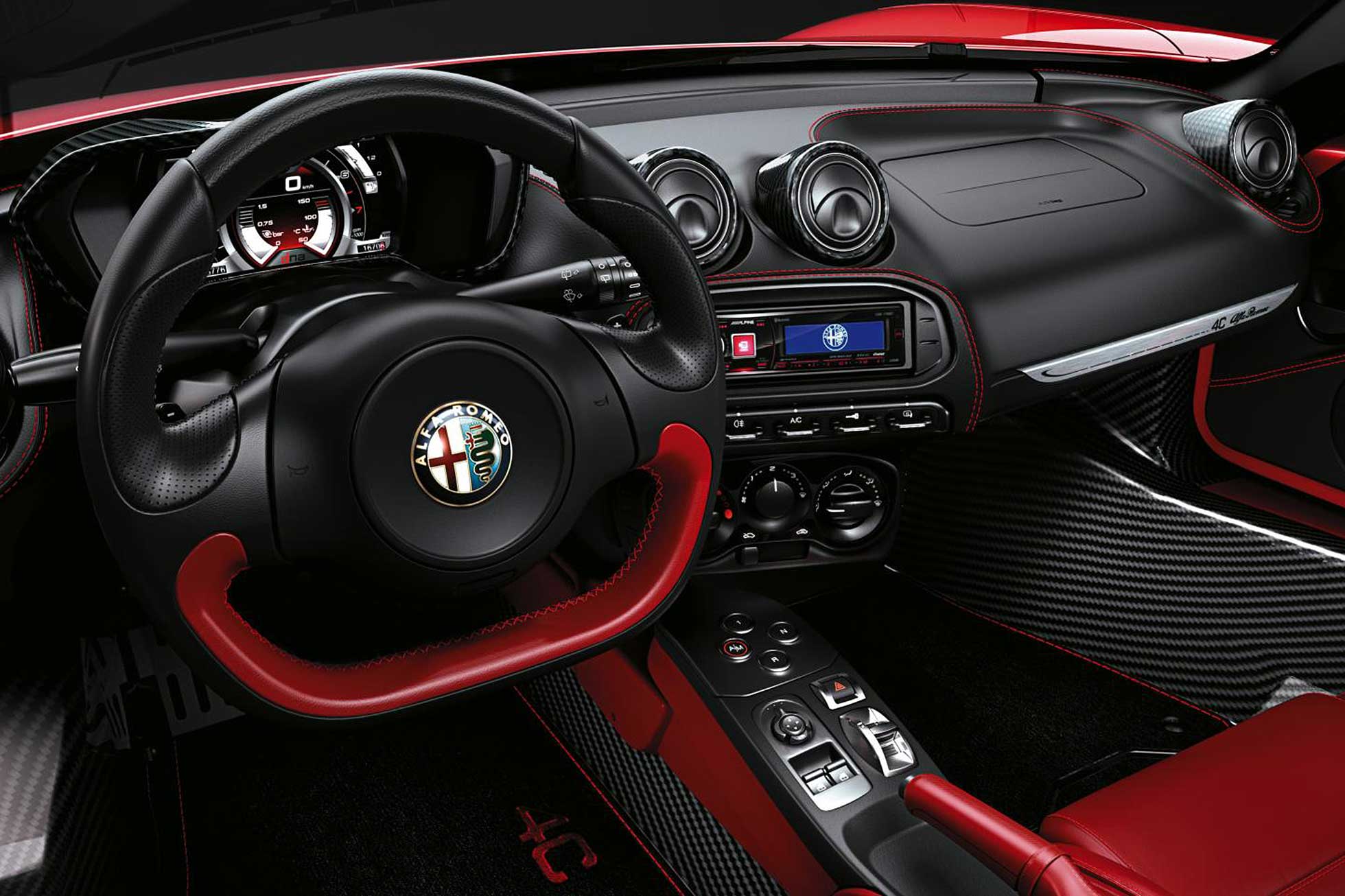 The interior has also been upgraded with a premium leather option that extends to the dashboard (it’s offered in tan for the first time, too). There’s a new audio system with Bluetooth as well.

Alfa Romeo will introduce an Akrapovic centrally mounted exhaust system, with switchable models that can be further enhanced by a carbon fibre air intake system. 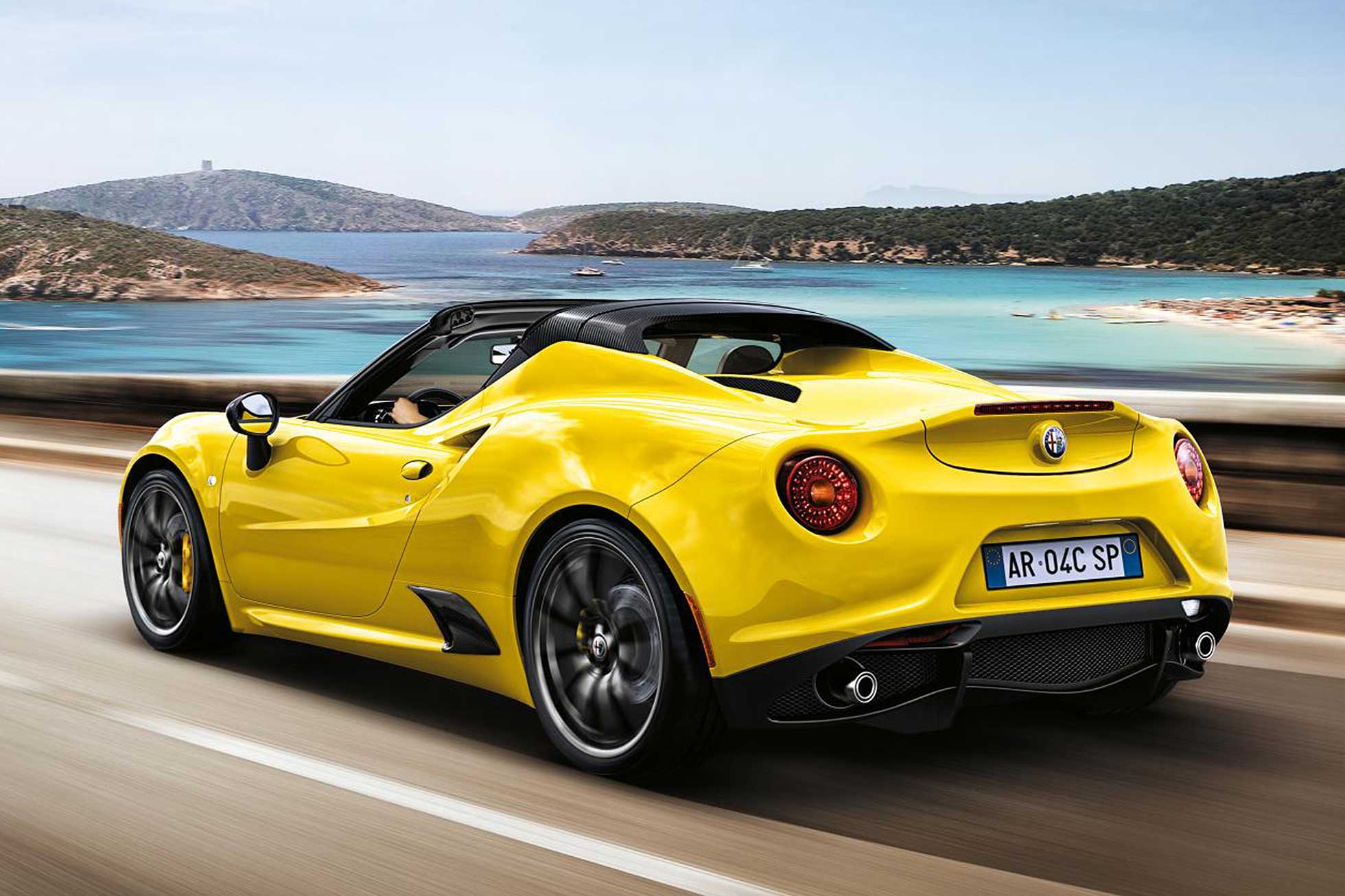 The 4C Spider will be the star of the show stand, though. It’s surprisingly different from the rear: it gains buttresses and a body-colour engine cover boasting three heat extractors and built-in rear spoiler. 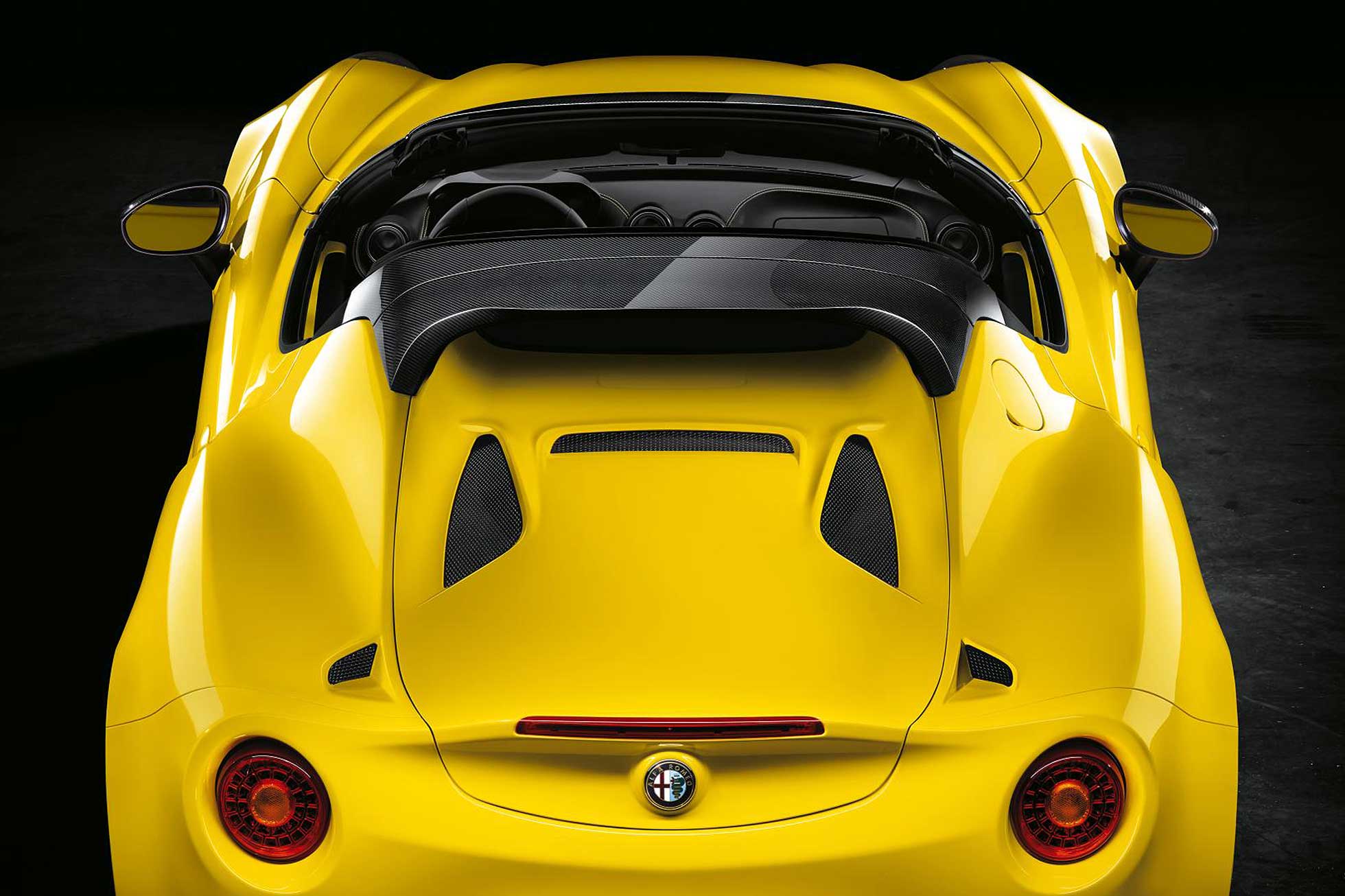 The 4C Spider also comes with those covered projector-style headlights as standard, for further immediate at-a-distance identification. Even more obvious is the new Giallo yellow paint introduced with the Spider.

To create the open-roof Spider, Alfa has fitted a new aluminium rollover structure, that’s hidden beneath a ‘halo’ finished either in black or, optionally, in carbon fibre. The windscreen surround is carbon fibre too. 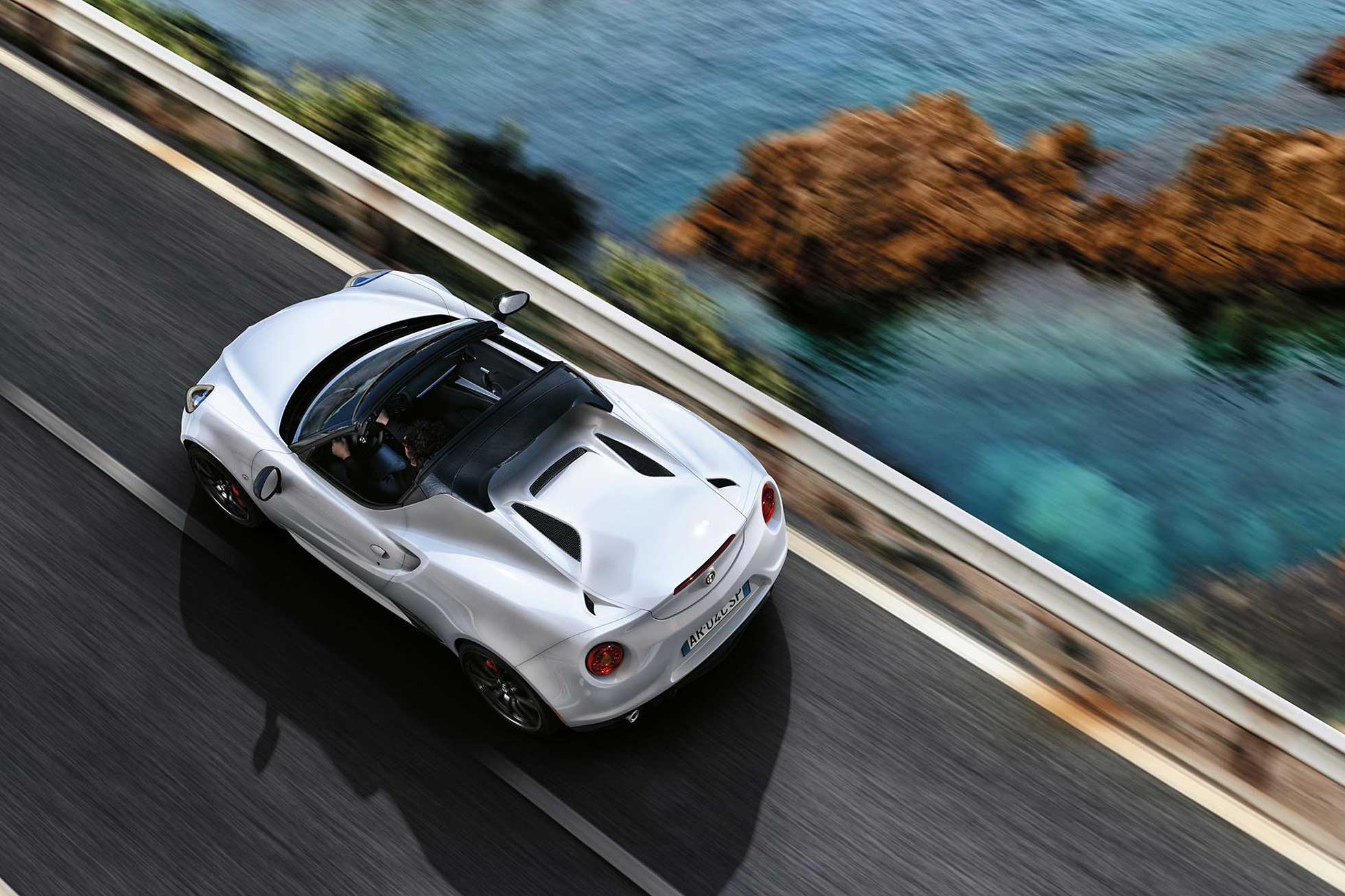