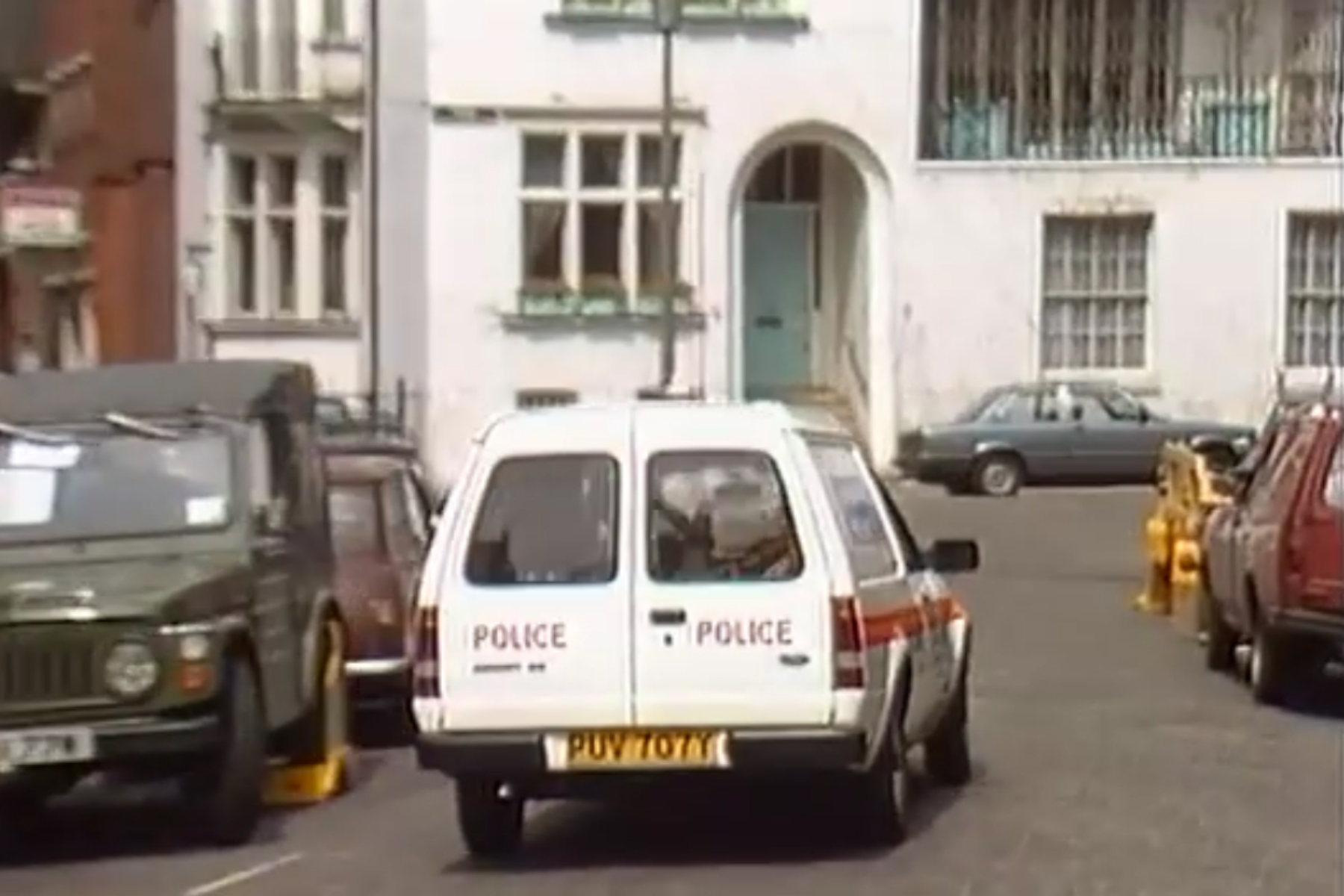 The BBC archives are a treasure trove of clips showing a nostalgic view of the world gone by. Its official Facebook page is well worth a visit. We hunted out some of the wittiest car-related clips of the 60s, 70s, 80s and 90s.

With today’s modern sat-nav systems providing instant traffic updates and providing route guidance as detailed as showing you the best way through a junction, this early sat-nav of 1961 feels an age ago. Back then, it would have seemed incredibly futuristic – a huge computer showing the best route between two destinations.

It’s interesting to see that traffic going into London was just as much of an issue in the early 60s, especially over bank holiday weekends. “About 40,000 cars an hour are converging on London,” the presenter informs us.

1983: The wheel clamp arrives in London

Ah, wheel clamps. Imagine a time when you could leave your car anywhere in London without worrying about returning to find one of these attached with a hefty fine on the windscreen. That changed in 1983 when the ‘Denver Shoe’ was introduced – and motorists caught with it had to pay £19.50 to have their car released.

With 11 titles under its belt, Grand Theft Auto is one of the most successful video games ever. But this BBC journalist visiting developer DMA Design in 1996 didn’t seem entirely convinced. “Gordon and Fiona here just get to play Grand Theft Auto all day,” he informs the viewer, before questioning the kind of ‘nerds’ who get jobs creating video games.

Top Gear in 1981, and Chris Goffey is looking at the new Ford Escort. It’s fitted with a hatchback boot, something that was still fairly new in the early 80s.

“There’s a great controversy raging,” he explains, “over exactly what sort of car the public really wants… a three-box saloon… that’s a ‘normal’ car with a central seating area and a separate boot at the back, or a hatchback.”

Ford is convinced that buyers want ‘the flexibility a hatchback can offer’, but Goffey doesn’t seem quite so sure.

Blue Peter 1972, and presenters are looking at the latest, luxurious motor home launched in America. “It’s got a V8 engine which means the driver can go at about 100mph… not of course that he could do 100mph in this country,” explains Valerie Singleton.

It’s also got hot and cold running water, an oven, and even a ‘fabulous’ shower room.

1982: A man attempts to jump a Morris Oxford over a river

Today, if you really want to jump a car over a river, you’ll be pleased to know technology has made it fairly simple. Computers can be used to calculate ramp angles and required speeds, but there was more than an element of trial and error when this man tried to jump his Morris Oxford in 1982.

“He’s already tried three times to jump across a river near Tewkesbury,” explains the presenter. But 28-year-old Steve, a lorry driver from Leicester, is confident he’ll make it this time. Watch the clip to find out how it went…

It’s a question that still comes up regularly today… how do you define a ‘classic’ car? Attempting to answer in 1986, Tony Dron explains “it’s essentially a post-war car… we don’t really want any fixed years in which it has to fit, because that’s not the name of the game.”

When asked whether Anglias, Cortinas and Imps could be classed as classics, Dron answers with a smirk on his face, “we shouldn’t be snobs about it, should we?”