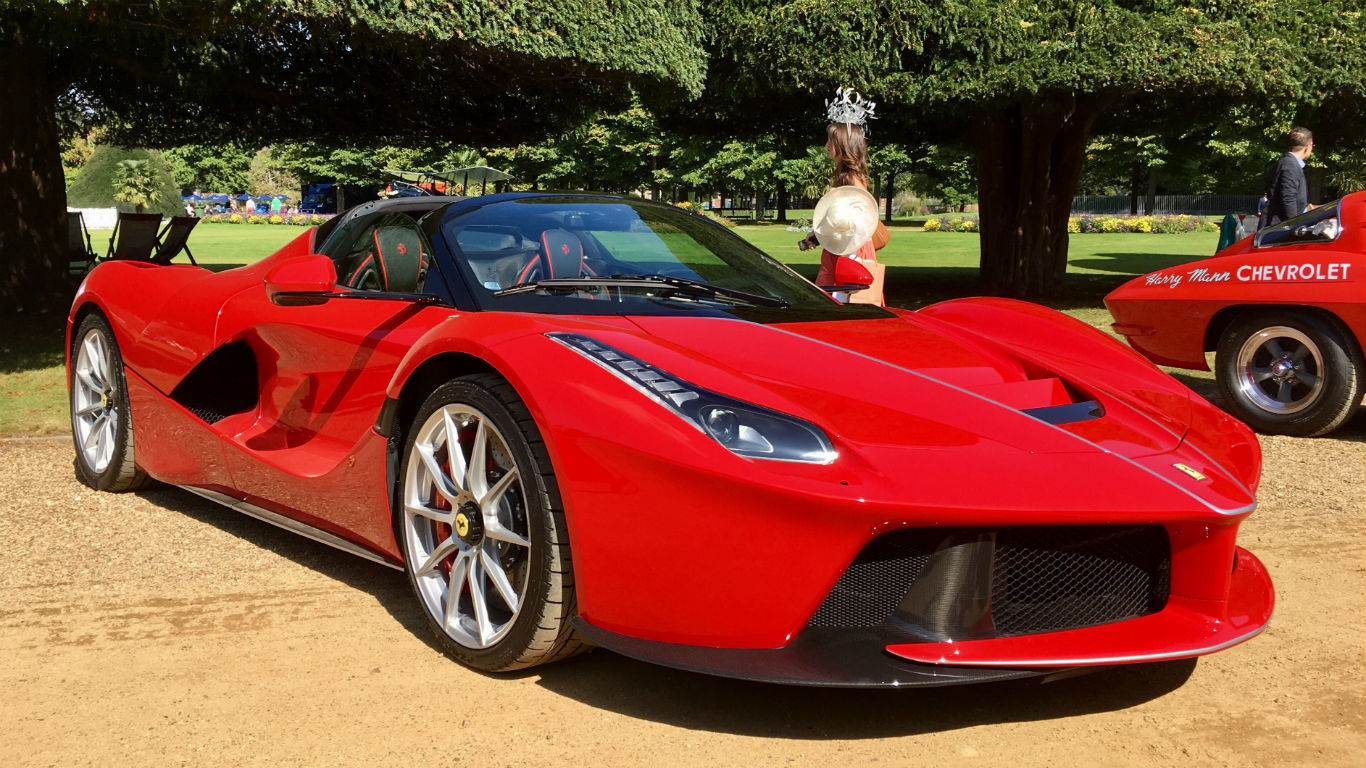 Sixty rare and exotic cars roared into Hampton Court for Concours of Elegance 2017 – one of the best shows on the classic calendar. Not since the days of Henry the Eighth have the immaculately groomed gardens of the royal palace witnessed such shock and awe.

The parade was led by new Aston Martin Vanquish Zagato, followed by a 1928 Bentley Victor Broom Drophead. The latter car was dismantled in 1964 and stored in various rooms of a house in Kew, West London, with the original body discovered on a garage roof half a mile away. It’s since been ‘sympathetically’ restored to its former glory, vintage patina still intact.

More classics and supercars on MR: 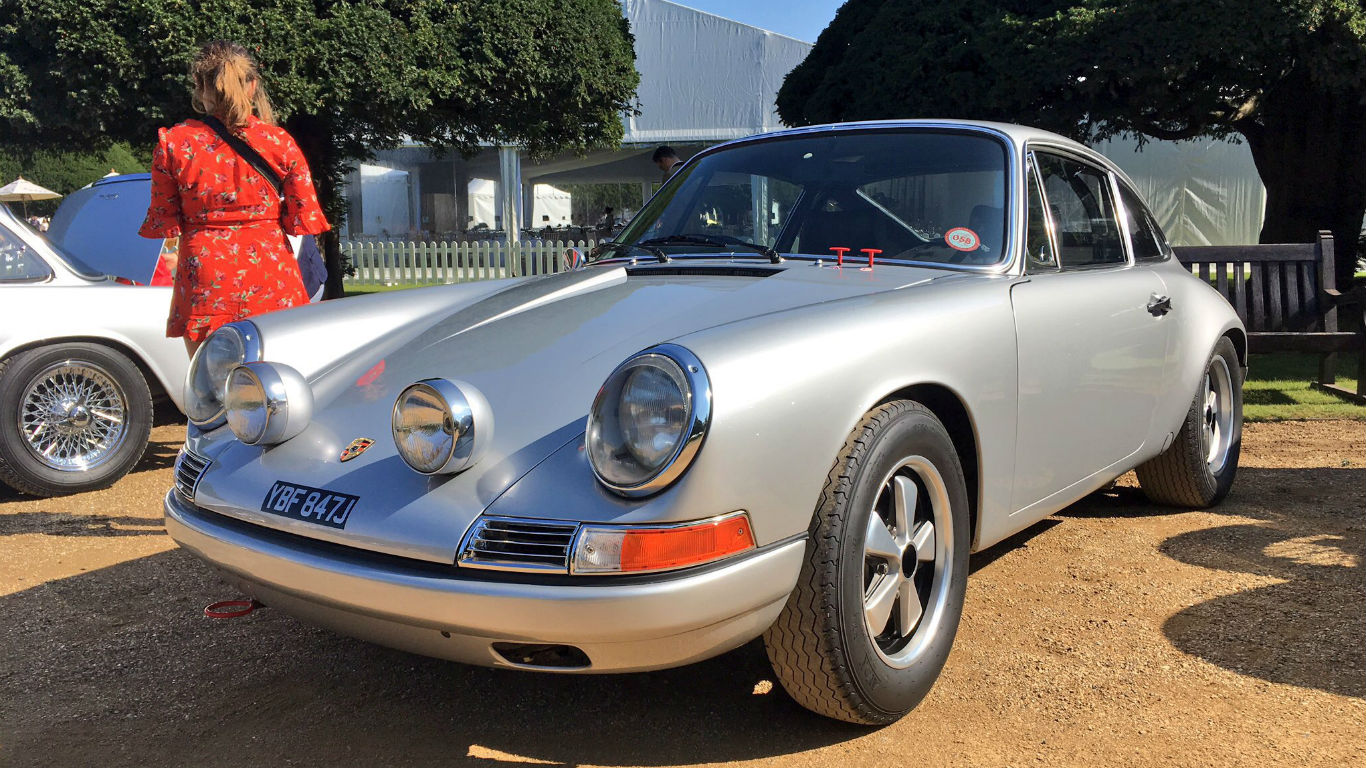 Other highlights from the Concours convoy included a very noisy 1968 Porsche 911 T/R – the first race-spec 911 offered to customers – and a 1961 Ferrari 250 GT SWB California Spyder formerly owned by James Coburn and Chris Evans.

The cars parked on the long, tree-lined avenues that lead away from Hampton Court Palace, giving visitors the chance to see them up-close. Several of the supercar dealers had stands, as did Jaguar Land Rover Classic, which displayed a beautifully restored Mk1 Range Rover and its £1million XKSS recreation.

Jaguar also brought along no less than five D-Types and its iconic Silk Cut-liveried XJR-8 racer. This lined up alongside two racing McLarens: a 1995 McLaren F1 GTR and a 2016 P1 GTR. 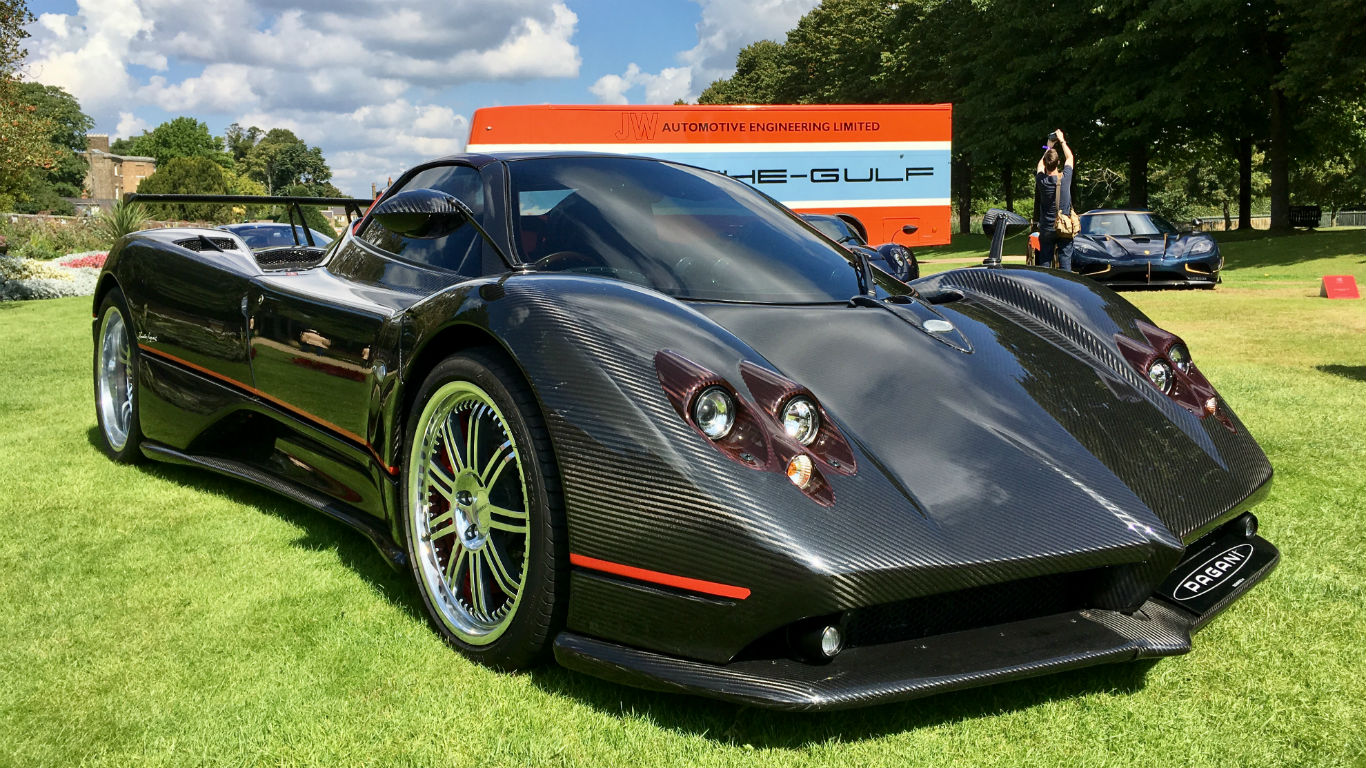 At the far end of the concours, the ‘Harry’s Garage’ area showcased some of the world’s wildest supercars, including a bare-carbon Pagani Zonda F, a unique Koenigsegg Agera RS ‘Naraya’ and ex-Evo-editor Harry Metcalfe’s own Lamborghini Countach 5000 QV.

Our pick of the show? It was a close call between the Jet-Age-influenced 1954 Fiat 8V Supersonic and the iconic AC Cobra ’39 PH’: winner of the 1963 Le Mans 24 Hours. We loved the Rosso Corsa LaFerrari Aperta, too – perhaps the ultimate modern supercar.