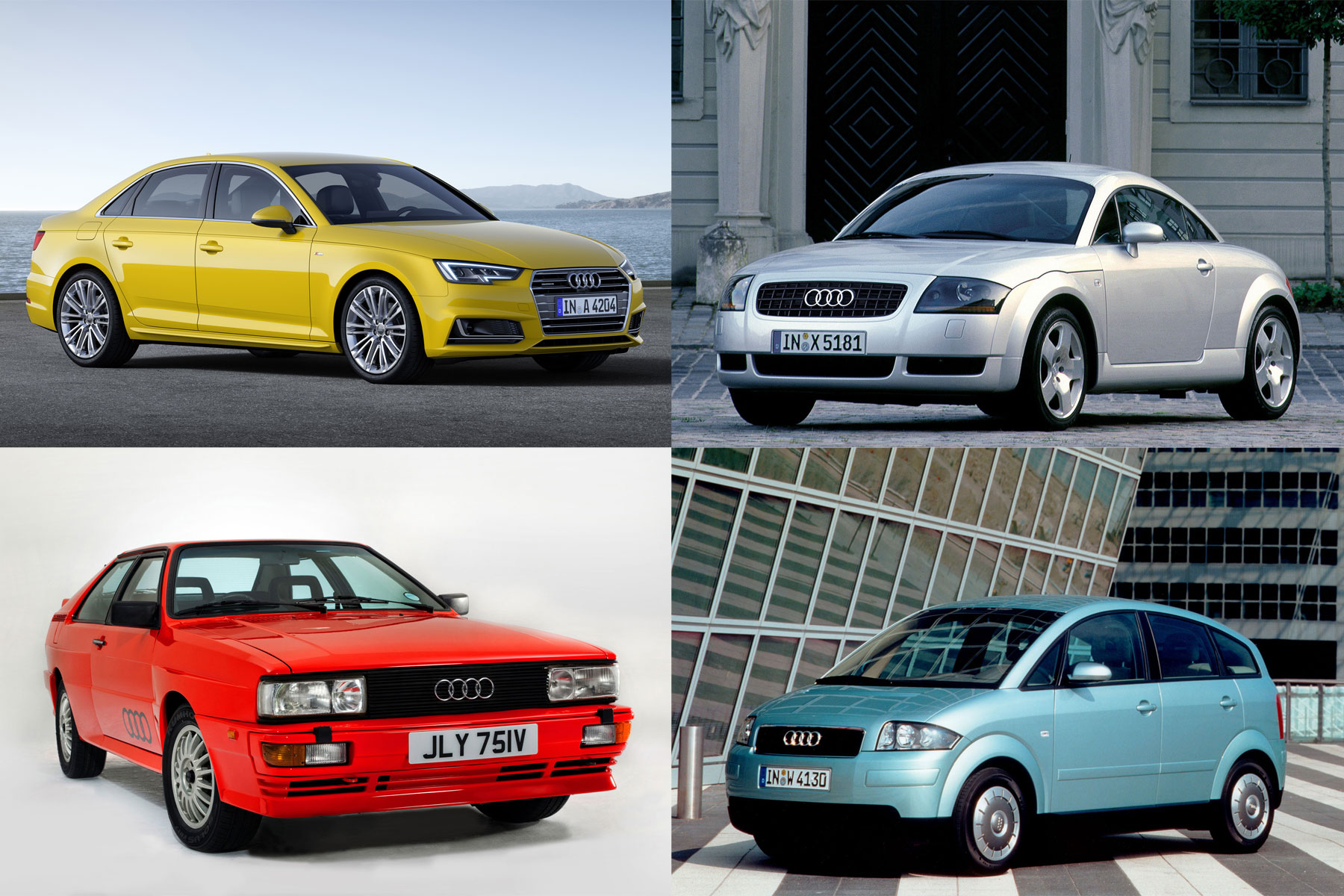 It’s fair to say reaction to the new Audi A4 hasn’t exactly been overwhelming. We’re sure it’ll be a great car, but it’s hardly Vorsprung durch Technik.

It’s a typically Audi approach – the car is still selling well, so why not tweak the looks, give it a bit more tech and revise the interior slightly?

The result is likely to be a very competent rival to the BMW 3 Series, Mercedes-Benz C-Class and Jaguar XE. But it doesn’t excite us in the way Audis have done previously.

Yes, ‘Audi’ and ‘excite’ in the same sentence. Audi can be revolutionary. Genuine Vorsprung durch Technik.

Here are six cars made by Audi that proved to be genuinely exciting. 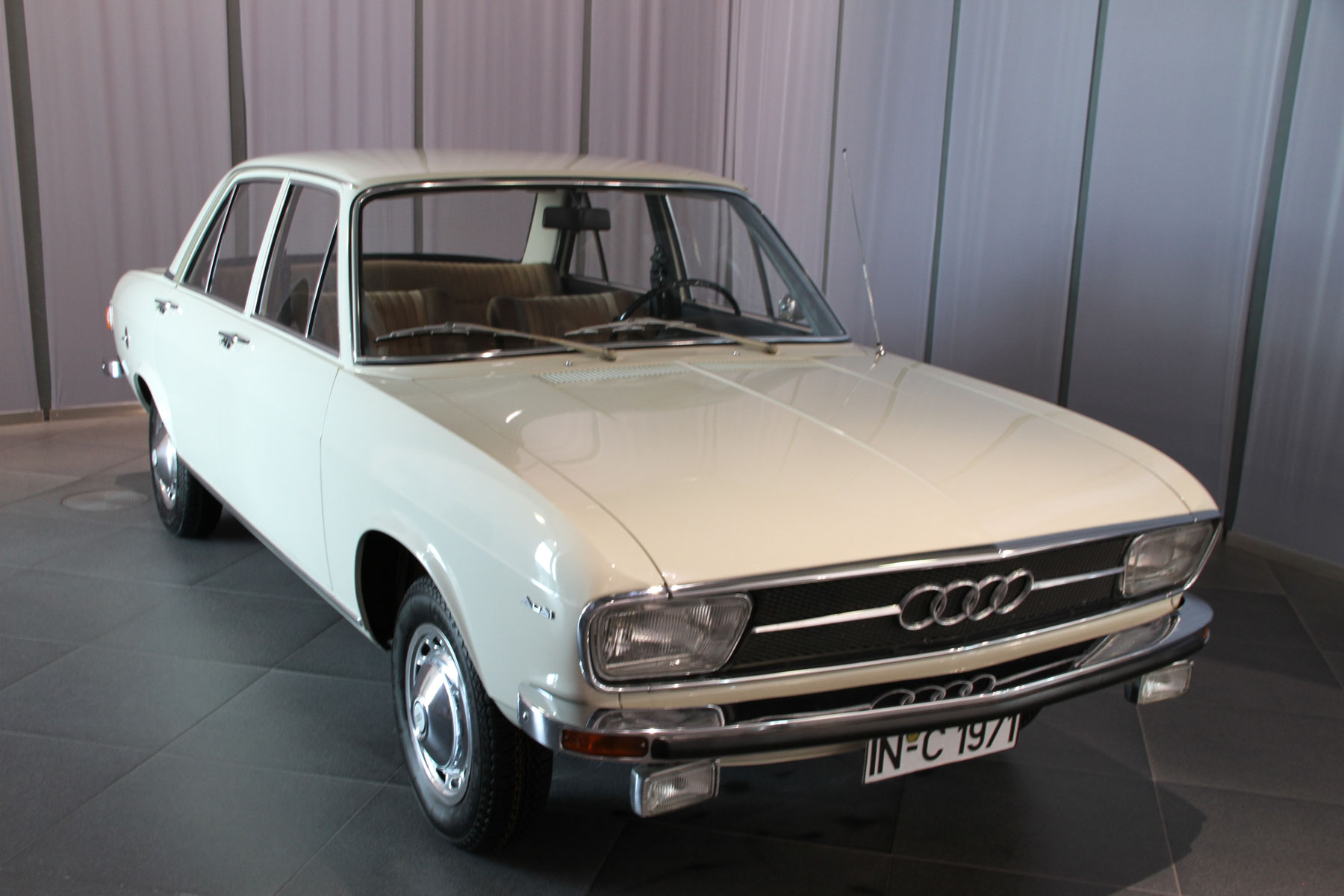 When you think of Audi, you probably picture large, executive saloon cars. But that wasn’t the case until the Audi 100 was launched in 1968. Named the 100 to denote 100hp, it was available in two- and four-door saloon variants, as well as a sporty fastback coupe.

Within three years, the 100 had become the most successful car in Audi’s history. By the time the third-generation model was launched in 1982, it was not only successful but genuinely revolutionary. Its sleek (for the time) design resulted in a low drag coefficient of 0.30.

It was also available with Audi’s clever Procon-Ten safety system. This used thick cables wrapped around the engine so that, in the event of a frontal impact, the force of the engine moving would pull forward the steering wheel clear of the driver.

Audi claimed that this system was so effective, it actually put off introducing airbags across its range. 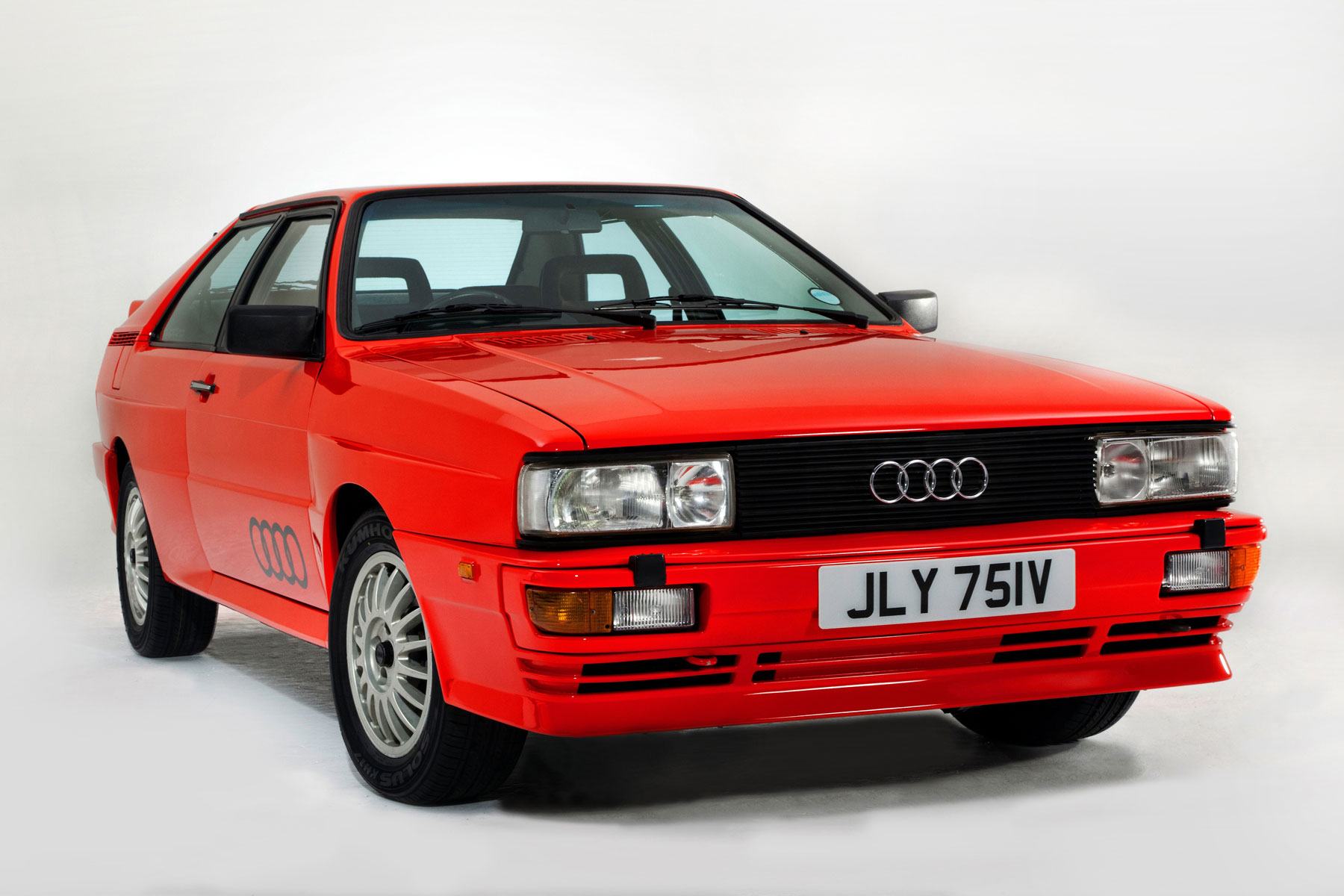 You might be more familiar with the original Ur-Quattro today for its part in TV drama Ashes to Ashes, but in its day it was known for its rallying pedigree.

It all started when chassis engineer Jörg Bensinger had been testing a Volkswagen Iltis, a four-wheel-drive military vehicle used by the German army. He had the idea that using a four-wheel-drive system in an Audi 80 could make it unstoppable in the snow.

At the time, Ferdinand Piech was Audi’s director of technical development, and he didn’t take much persuasion to give the go-ahead for the Quattro. Each car was hand-built on a separate production line to other Audi models, before going through a strict test procedure.

What really helped the car to sell, however, was its rallying success. It was the first car to take advantage of new rules that allowed four-wheel-drive cars to be used in competitions, and it bagged win after win for the following years (until the competition caught up). 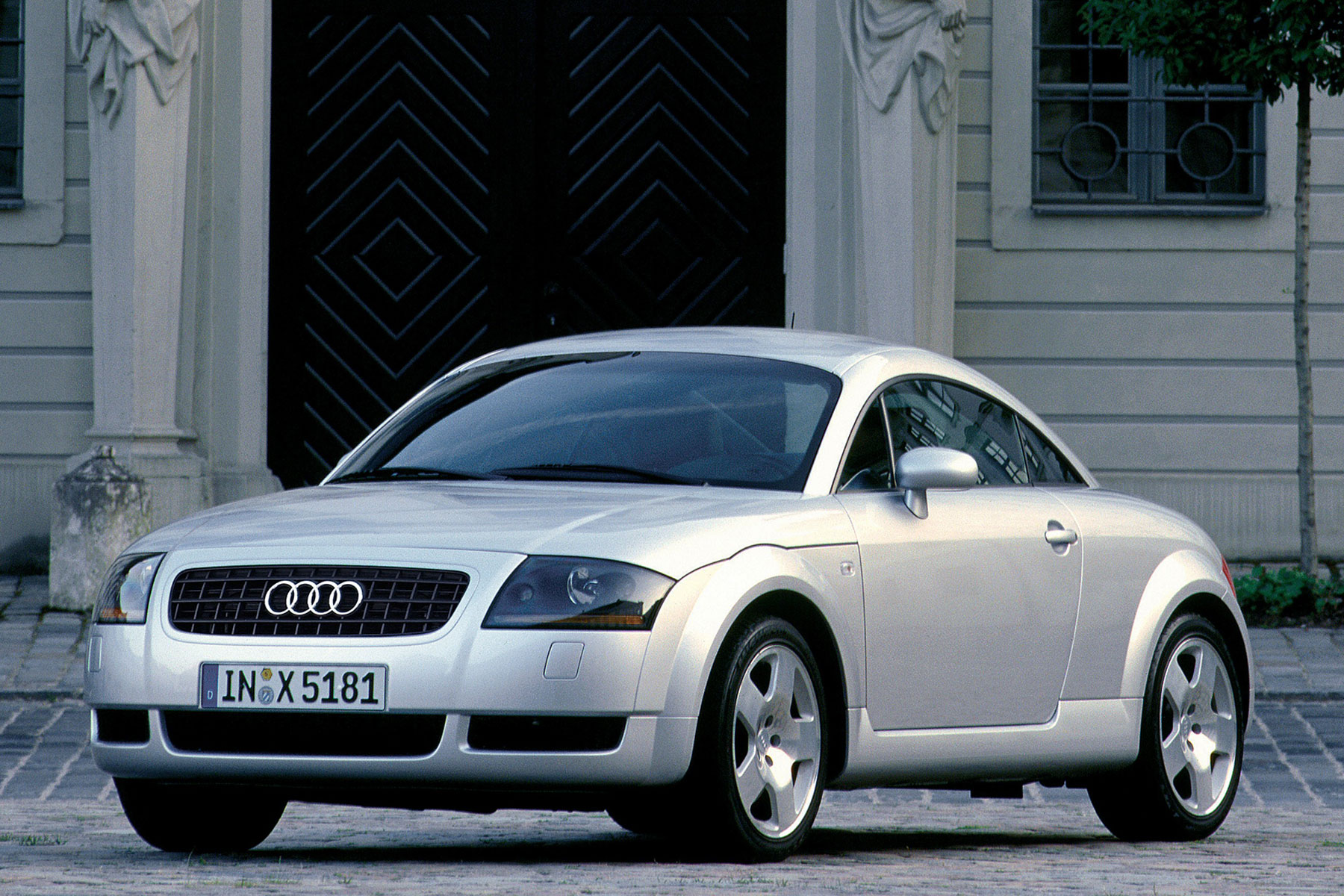 It’s hard to believe that the design of this car is now 20 years old. First unveiled in concept form at the 1995 Frankfurt Motor Show, the original Audi TT looked like nothing the manufacturer had ever produced before.

Surprisingly, considering its bold looks, it was actually based on the same platform as the fourth-generation Volkswagen Golf and first-generation Seat Leon and Skoda Octavia. This platform-sharing is now commonplace within Volkswagen Group, with many models currently using the MQB platform, from the latest Audi TT to the Volkswagen Touran people carrier.

Early models attracted some negative press following a number of high-speed crashes in Europe, which resulted in Audi recalling the affected models and fitting a rear spoiler, as well as electronic stability control.

Today though, they’re a design icon. Their image remains so strong that early examples with high miles are only just starting to drop below the £2,000 mark.

Not only did the Audi A2 look quirky when it was introduced in 1999, it was also revolutionary in terms of engineering. Its aluminium construction, combined with an efficient range of engines, meant it boasted unheard of fuel economy figures. Think 64mpg from the 1.4-litre TDI, while some markets also got a three-cylinder 1.2-litre diesel – capable of around 95mpg.

That’s impressive fuel economy for today… back in 1999 it was astounding. Part of this is down to the A2’s clever design, which resulted in a low drag coefficient of 0.25. Audi proudly boasts that its new A4 saloon has a drag coefficient of 0.23 – making it only slightly more aerodynamic than the older, apparently blobby A2.

Audi even went as far as stripping the three-cylinder A2 of power steering and air conditioning, as well as fitting low rolling resistance tyres. Big steps in pursuit of efficiency, but the latter are now commonplace on eco models. 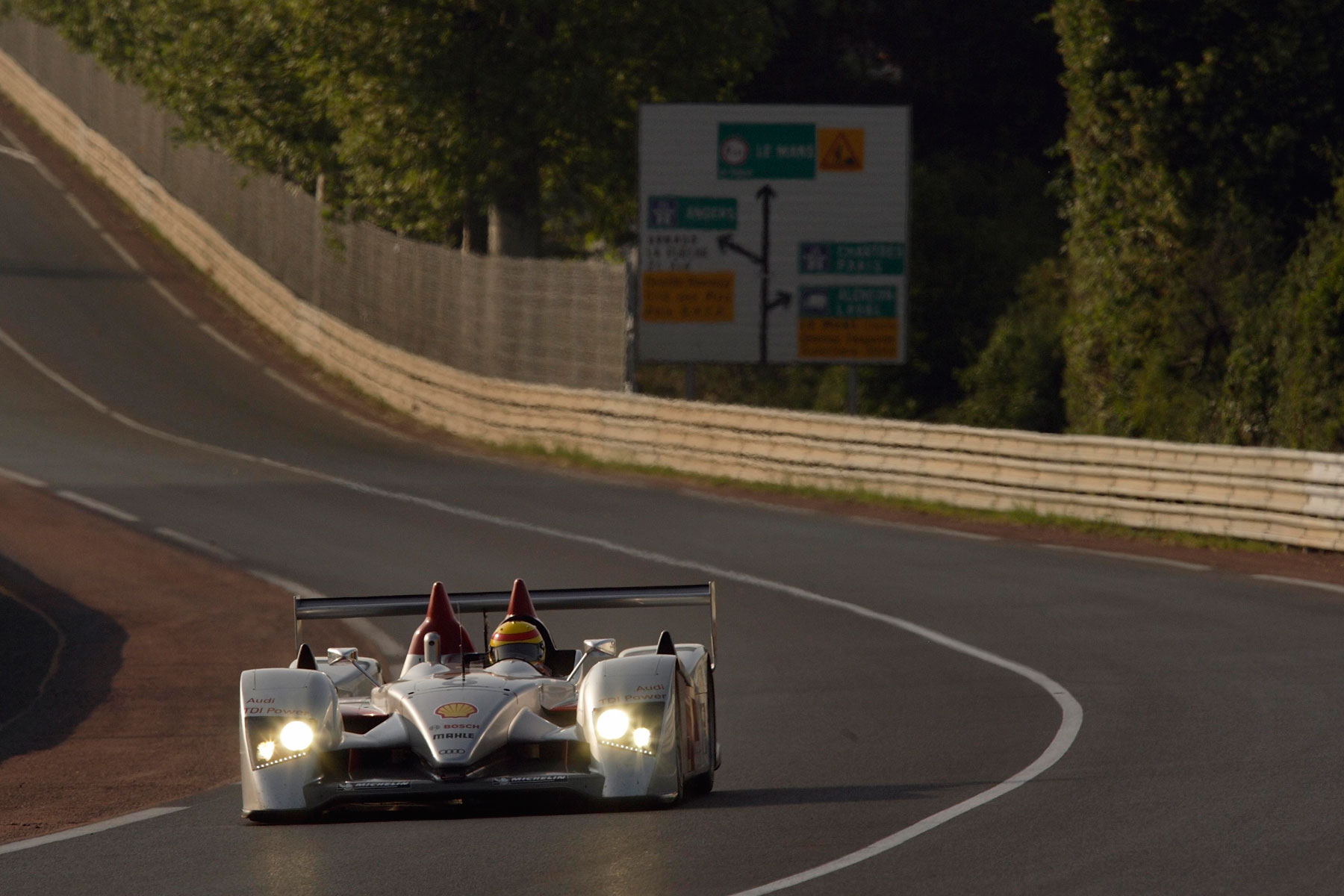 Diesel cars have never been sporty. But in 2006, Audi proved that it could win endurance races with a diesel racing car.

Not only did the R10 win its maiden race at the 2006 12 Hours of Sebring, it also bagged a win at the Le Mans 24 Hours the same year. And again in 2007. And again in 2008. The diesel’s (relative) fuel-sipping ability and reliability proved that sometimes it pays to do something different in motorsport. The project is thought to have cost Audi an incredible $15 million a year.

Peugeot followed the trend and won Le Mans with its diesel-powered 908 HDi FAP in 2009, before Audi won again in 2010 and 2011 with diesel prototypes. The team made the switch to hybrids in 2012. 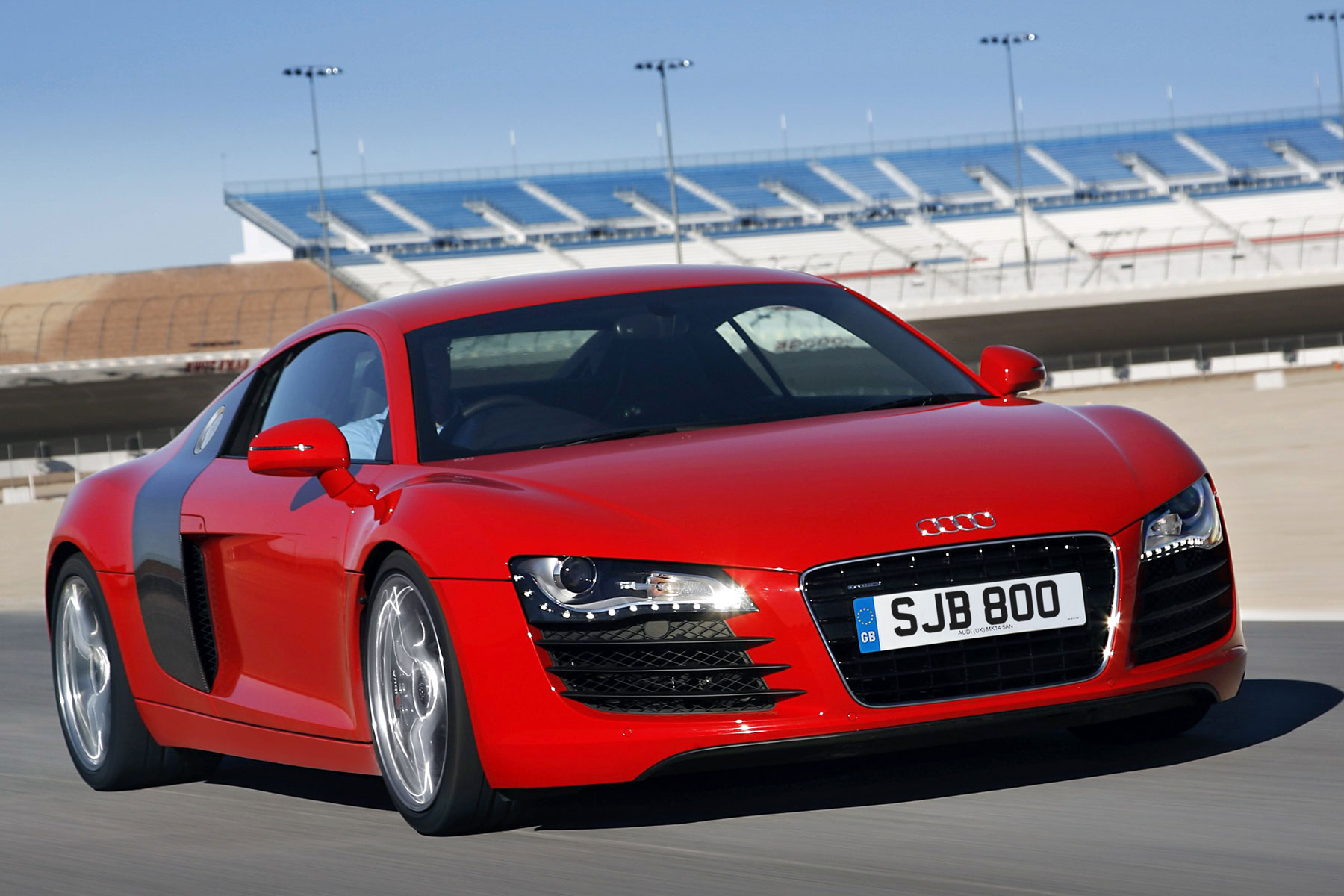 Porsche has been perfecting its 911 sports car since 1963, so it was a bold move by Audi in 2007 to launch something as direct competition. That something was the R8, powered originally by a 4.2-litre V8 engine, capable of hitting 62mph in 4.6 seconds.

The R8 has been a huge success for Audi, with around 60,000 sold over its first eight years in production. Not only is it a serious rival to the Porsche 911, it’s also worked wonders as a halo model – helping the company build itself as an aspirational brand alongside competitors such as Mercedes-Benz and BMW.

The R8 was also the first road car to be fitted with full LED headlights, while last year’s LMX was the first production model to be equipped with laser headlights.