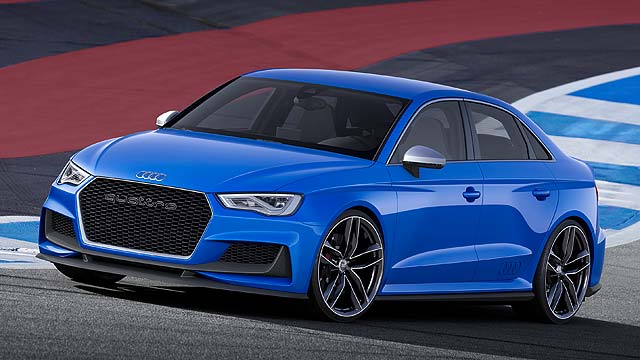 Derived from the Audi S3 saloon, the A3 clubsport quattro has had the 300hp 2.0-litre four-cylinder turbo motor replaced with Audi’s tuner-favourite 2.5-litre five-cylinder turbo, which has swelled power by an astonishing 225hp.

As the name suggests, it has quattro four-wheel drive, plus a seven-speed S tronic gearbox. It’s 10mm lower than the Audi S3 saloon, boasts 21-inch wheels and the coilover suspension’s stiffer springs and dampers are adjustable. 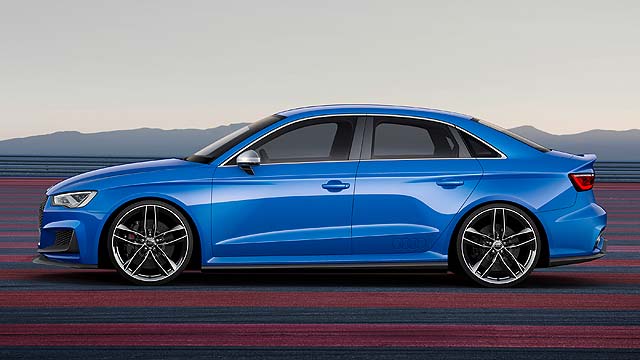 Audi’s chosen Magnetic Blue for the overhauled styling of the A3 clubsport quattro. There’s a distinctive carbon fibre reinforced polymer bonnet but this too is painted in Magnetic Blue: the CFRP is exposed on the complementary accents for lower aero panels front, side and rear.

It’s notably more aggressive throughout, particularly the stark single frame grille, while at the rear there’s a neat new addition – a McLaren-style airbrake, which cuts braking distances by 12 metres from 155mph (we love that Audi quotes a 155-0mph braking stat).

Also note the blistered wheelarches front and rear, there to reference the UR Quattro. Which look absolutely fantastic. As indeed does the A3 clubsport quattro itself – is there a car that looks more like a DTM refugee than this?

Will the Audi A3 clubsport quattro make production? 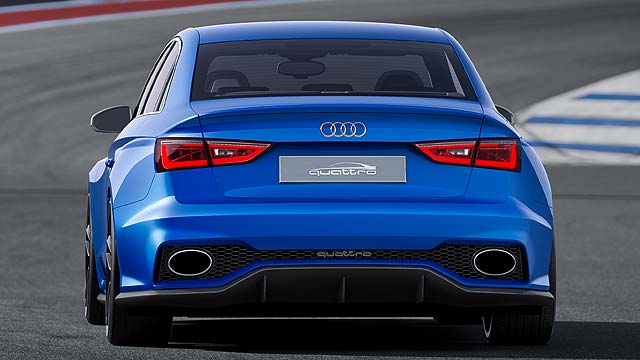 Audi isn’t saying anything about production, obviously: this is a Worthersee show special for now. But doesn’t it look convincing? Doesn’t it sound appealing?

And doesn’t it sound like the idea car to make production in, say, 400hp RS 3 saloon guise? If it looked like this, we’d put money on it selling like hot cakes.

After all, Audi can’t let Mercedes grab all the headlines with its CLA 45 AMG now, can it?