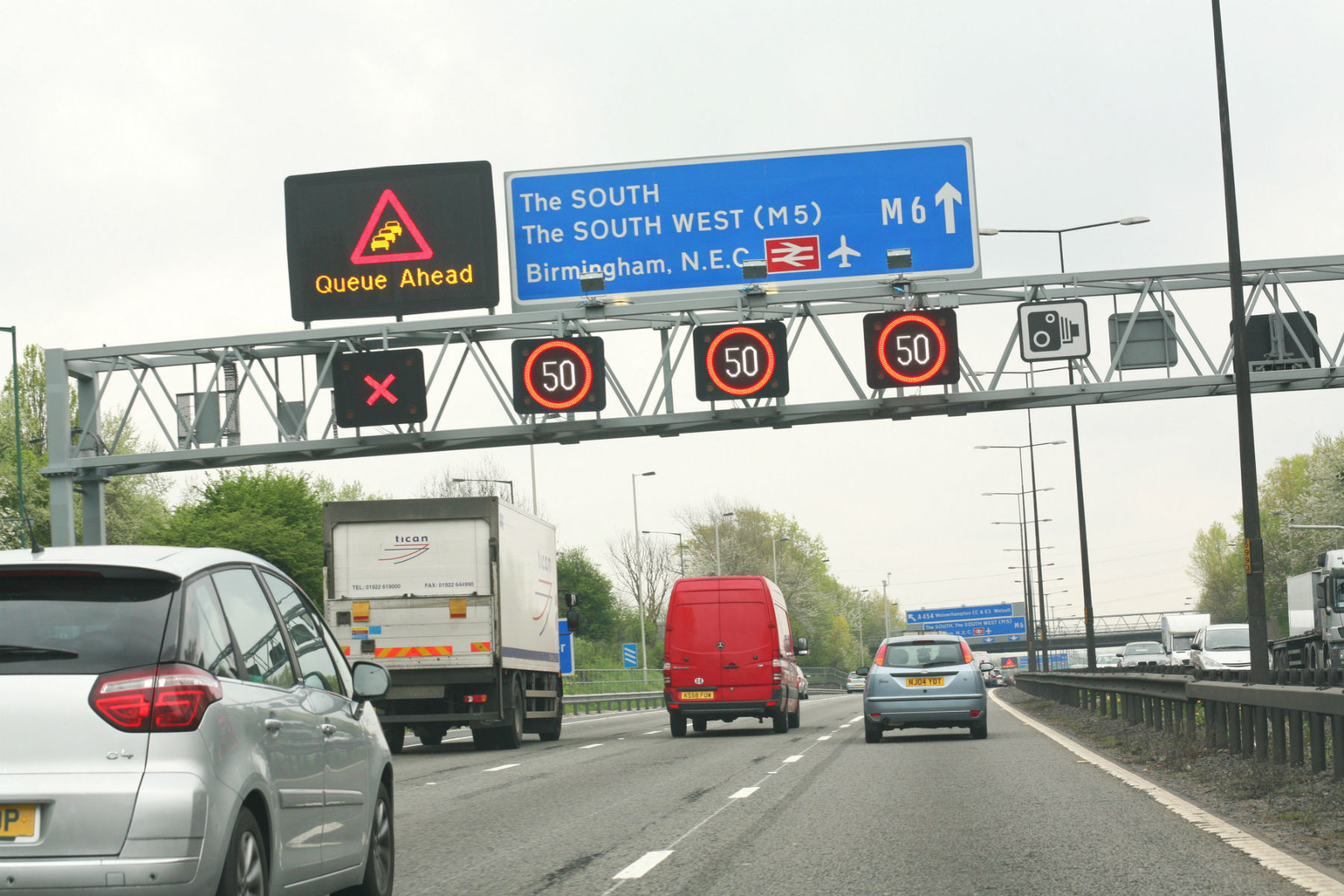 The number of motorists hit with fixed penalty fines by speed cameras on smart motorways has increased by 50,000 over the last five years.

Smart motorways use overhead gantries to change speed limits as well as open and close lanes (including the hard shoulder) to ease congestion.

These gantries often have average speed cameras monitoring traffic when lower speed limits are in place – turning off when the motorway is running at the national speed limit of 70mph.

The investigation discovered that the revenue raised by cameras on smart motorways every year increased from £150,600 five years ago to more than £1.1 million.

Police in Nottinghamshire issued 8,489 tickets along one section of the M1 last year, amounting to £425,000 in fines. In 2010, no drivers were hit with fines along this section.

Last year, Bedfordshire’s police and crime commissioner Olly Martins controversially suggested activating speed cameras on the M1 when 70mph limits are in place – in a bid to raise much-needed cash for the force.

“For many years RAC research has shown that a majority of motorists regard speed cameras primarily as revenue generators for the police,” said RAC chief engineer David Bizley at the time. “And it appears that the Bedfordshire police and crime commissioner harbours this view too, or at least he is using this as an opportunity to make a very serious point about resourcing.

“Motorists tell us that they would like to see better enforcement and more roads police officers, but enforcement needs to be prioritised in terms of road safety benefits and not in terms of the value of the revenues generated.”

Currently there are around 236 miles of smart motorways in the UK – and this number could almost double in the near future.