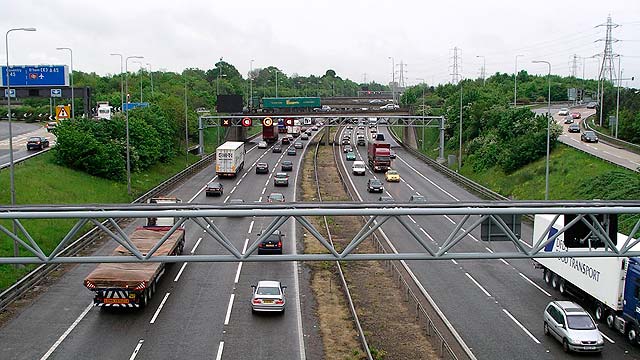 Reports that the Highways Agency now has an unofficial 40mph average speed target on Britain’s 70mph motorways are incorrect, the body in charge of Britain’s strategic road network has said.

Chief executive Graham Dalton said in a statement “there is no target to manage motorway average traffic flows at speeds below 70mph,” – in response to an article in the Telegraph that said we should ‘get used to doing 40mph says top highway official’.

The paper reported Dalton admitting roads will get “slower and slower”, and that on busy roads, “the target is to make it 40mph every weekday morning”.

It reported he said that while motorway speeds were now more predictable, they were “still not fast enough at busy times”.

The predictability target is correct, he responded – but there is no target flow speed below 70mph, he added.

“In the face of growing volumes of traffic the Highways Agency has supported successive government to make journeys more predictable.” Since 2010, this has been headlined by the addition of over 200 miles’ hard shoulder ‘managed motorways’ running.

Going forward, there will be an additional 750 miles of extra running lanes developed over the next five years.

However, while average speeds are undoubtedly set to fall due to growing levels of traffic, the aim remains to keep them as high as possible, rather than target an average speed 30mph lower than the legal limit.

What do you make of it – and have you noticed motorways are getting slower? Is even 40mph a pipe dream? Share your thoughts below…