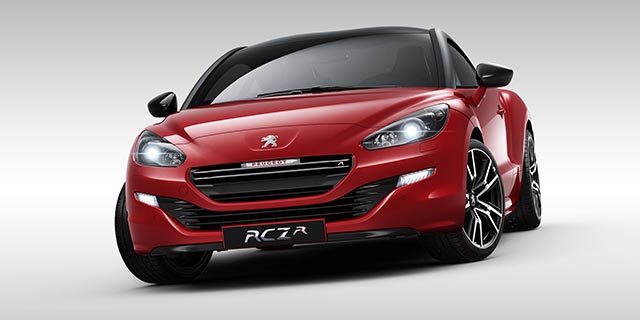 If you had £31,995 spend on a high performance coupe, which brand would get your money? BMW, Audi and Mercedes would all be in with a shot, we guess.

But what about Peugeot? Not the first name that jumps to mind, is it…

Well, how about if we told you that £31,995 will get you the most powerful production Peugeot ever – a 270hp RCZ R, no less, being driven for the first time by MR’s CJ right this minute?

All that excess of power comes from a 1.6-litre petrol turbo – yes, a 1.6! It’s inspired by the RCZ Racing Cup track car and sits 10mm lower than a normal RCZ.

62mph will arrive in just 5.9 seconds and top speed is electronically limited (just like the German brands…) to 155mph.

Tested on the famous Nurburgring test track, the RCZ R has been tweaked fairly heavily to give it genuine sporting status. These modifications include a specially strengthened six-speed manual transmission, uprated clutch, larger intercooler and new twin-scroll turbocharger.

A Torsen differential has been fitted while front and rear track have been widened, boosting traction. The whole car is stiffer than a regular RCZ – we look forward to finding out whether it’s too much for UK roads.

Order books will open next week with the first UK models being delivered from January 2014.

It’s all attention-grabbing stuff on paper, then. Come back soon to find out how it fares in action…