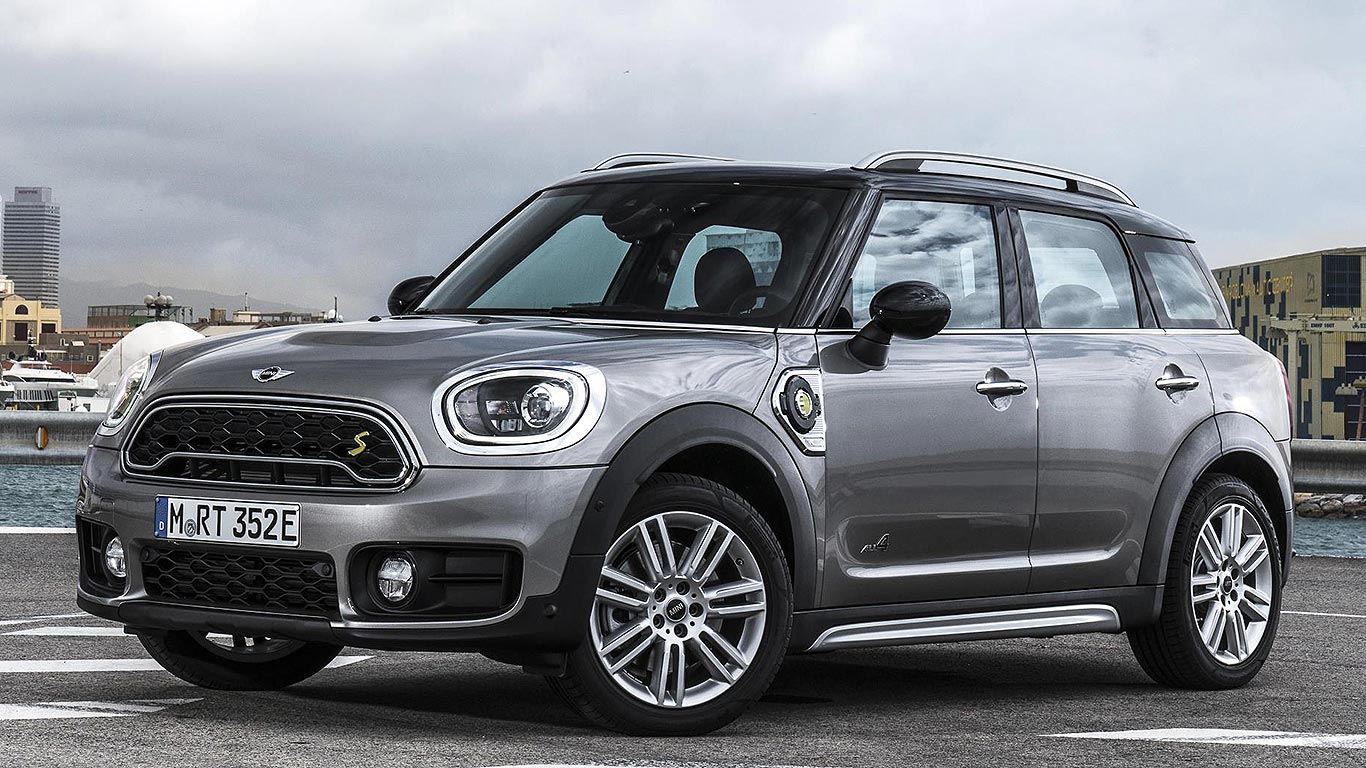 Mini has opened ordering for its first plug-in hybrid, the new Cooper S E Countryman ALL4, with prices starting from £31,585 – and it’s eligible for a further £2500 off courtesy of the government’s OLEV Plug-in Car Grant. The new green Mini Countryman will make its UK debut at the Goodwood Festival of Speed, which runs from 29 June to 2 July.

The car’s technology is as involved as its name. The Cooper S E Countryman ALL4 pairs a three-cylinder turbo petrol engine with an electric motor that deliver a combined output of 224hp. The petrol engine powers the front wheels, with the electric motor driving the rear wheels; ease of use is provided by the standard six-speed automatic gearbox.

Performance figures are impressive, with Mini quoting 0-62mph in a hot hatch-like 6.8 seconds. Yet combined NEDC fuel economy is 134.5mpg and CO2 emissions are just 49g/km. If you’re steady, the Cooper S E Countryman ALL4 will do up to 25 miles in full EV mode, and run up to 78mph fully-electrically if you’re not bothered about max range. 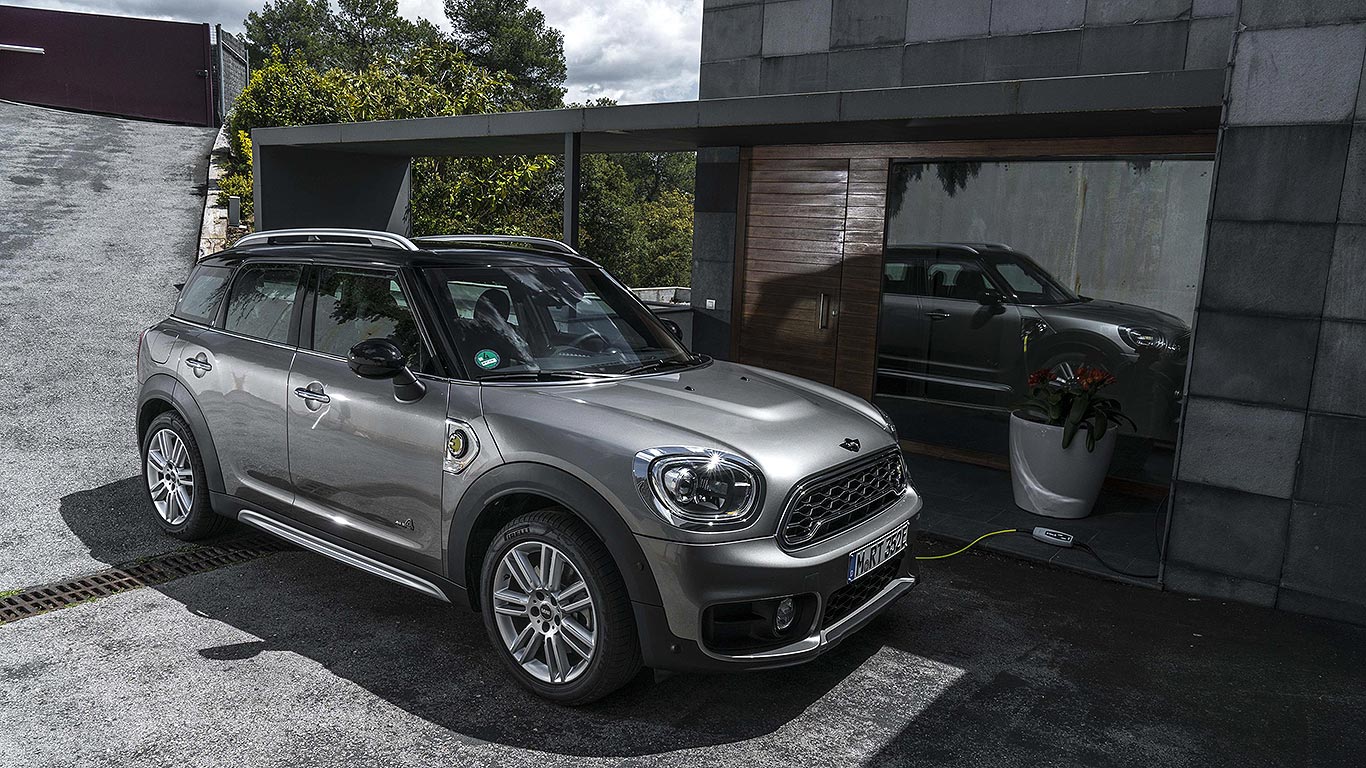 Charging the batteries back up takes between 2hrs 15mins and 3hrs 15mins, depending on whether you’re using a domestic socket, a wallbox or a public charging station.

In use, Mini says the new car will generally start off as a silent full EV. The petrol engine kicks in around 50mph, or when the batteries are running low – but there’s an eDrive toggle switch, should the driver wish to continue in EV mode. Floor it and both petrol and electric motors run in tandem for peak power.

How can car-spotters spy the new Mini Cooper S E Countryman ALL4? They have ‘E’ badges on the grille and body sides, a yellow S logo, hybrid-specific dash displays and, in the centre console, a yellow eDrive toggle instead of the regular Mini’s red switch. Oh, and if you can’t make it to Goodwood for a first look from 29 June, fear not: the new plug-in hybrid Mini actually debuts at Mini dealers from 24 June…