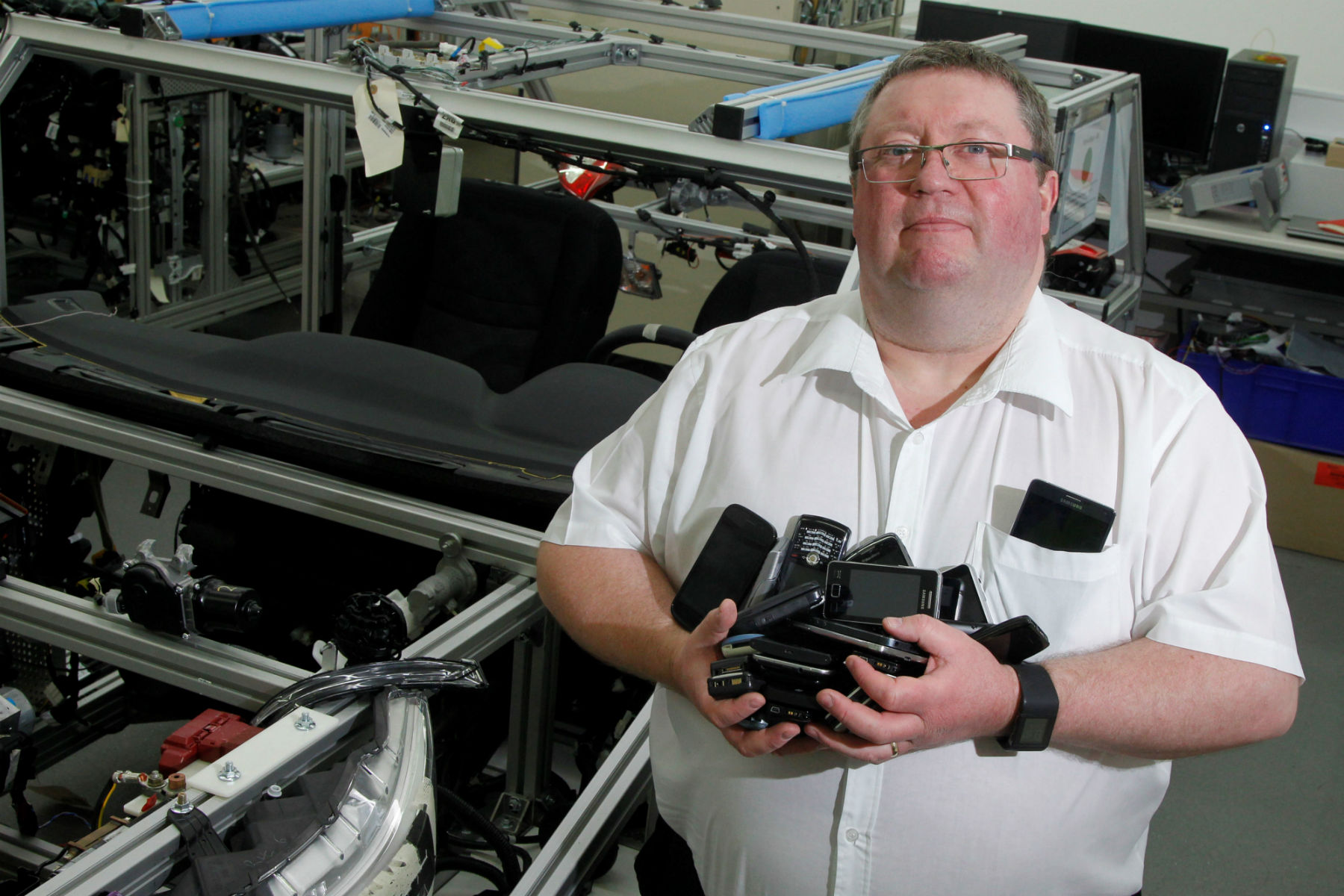 How important is it that your car seamlessly connects to your phone? Crucial, says Nissan – as 28% of new car buyers puts it above factors such as fuel efficiency.

Surprisingly, 20% of those surveyed revealed they’d switch to another car brand for better connectivity – and that rises to 41% for drivers who spend more than 20 hours a week in their car.

Nissan says it’s investing heavily in making sure no one walks out of one of its showrooms just because their mobile phone doesn’t connect easily with the car.

Leading its European team, based at Cranfield in Bedfordshire, is Patrick Keenan – known as ‘the man with 40 phones’.

Keenan makes hundreds of calls a day using the dozens of phones which fill his office drawers, all in a bid to keep Nissan’s in-car connectivity tech a step ahead from the competition.

He said: “Today’s new cars have a lifecycle of five or six years before a new version is launched, but a mobile phone will only be on the market for less than two years before it’s replaced. Keeping cars and phones talking to each other is the crux of my job.

“My job is to make sure anyone who walks into a Nissan showroom anywhere in Europe doesn’t walk out again because a car they want to buy won’t pair with their phone.”

Nissan is keen to become a leader of connected and autonomous cars, with its ProPilot 1.0 technology (single-lane autonomous highway driving) set to debut on the Nissan Qashqai next year.