Pininfarina, one of the oldest and most stylish names in the business, is back and looking to the future with a 250mph electric hypercar 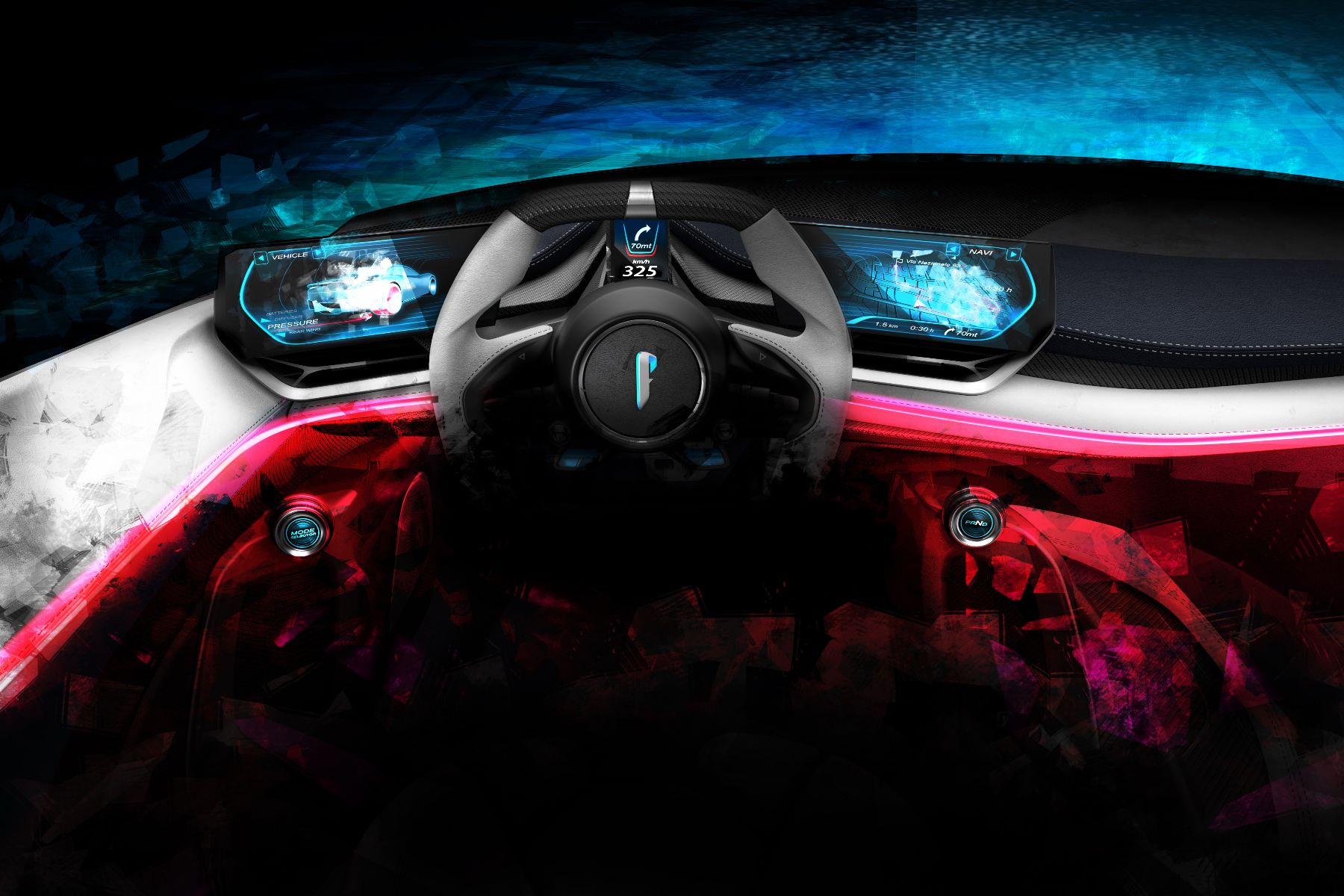 “One day there will be beautiful cars solely branded Pininfarina” – roughly paraphrased, that was Battista Farina’s dream for his now-iconic car design house and builder. Until today, however, that dream has never been realised; the task of designing most Ferraris made between 1951 and 2013 has occupied much of the company’s time.

Now, with new owners and new enthusiasm, Pininfarina is back. And it’s PF0 electric hypercar will – finally – be the first solely Automobili Pininfarina-badged car.

The PF0 will shortly be unveiled in an early design format to prospective buyers ahead of this year’s Pebble Beach concours. So far, all we get are some alluring cabin renderings showing a simplistic yet driver-focused interior.

Highlights include digital displays, a vibrant red colour scheme and, most importantly, a Pininfarina emblem on the carbon-clad steering wheel. The car is in the final stages of design, according to the marque.

“Our objective with the exterior of PF0 is to design timeless beauty in every aspect, and the interior is equally important,” said Luca Borgogno, head of design at Automobili Pininfarina. “Design values of elegance and simplicity present us with a fantastic opportunity to stand out from the styling of most current sports and hypercars.”

Details are scarce, but what Pininfarina has disclosed is that there will be a strict 150-car production run. The marque isn’t shy about its ambitions, however. A 0-62mph time of under two seconds and a 250mph top speed have been targeted, as well as a 300-mile range on a full charge. It’ll be constructed out of carbon fibre, naturally, and will be defined by “extreme levels of technology and functional design”.

It’s poetic, really, that a car so indicative of where the automobile is going, with its high-performance electric powertrain, should come from such a long-established staple of car design and culture. We can’t wait to see the finished car.

The new Vauxhall Mokka is on sale now with first deliveries beginning in April 2021. There is also a new Mokka-e EV with a 201-mile range
Read more
Previous articleAll show: North East car buyers are the flashiest in the UK
Next articleA brief history of the classic Porsche 911

Mitsubishi is offering up to £4,500 off the price of a new Mitsubishi Outlander PHEV if customers agree to have their trade-in vehicle scrapped.
Read more

A London street has seen all its lamp posts converted to EV charging points. ‘Electric Avenue' is the first road of its kind in the UK.
Read more

If, like us, you haven’t started your Christmas shopping, this round-up of 20 car-related gifts should provide some inspiration.
Read more
Car News

Previously, the government warned British drivers they'd need a GB sticker EVEN if they had a set of Euro-plates with the Great Britain identifier.
Read more

The Audi A3 e-tron certainly delivers the electric range and long-distance fuel economy... but can it do the same in the real world? We find out.
Read more
Retro Road Test

We take a Tardis back to 1977, driving an original Ford Fiesta 1.0 L on roads around Dagenham. How much has changed in 43 years?
Read more

With a little forward planning and a change of habits, you could shave pounds off your monthly fuel bill
Read more
Advice