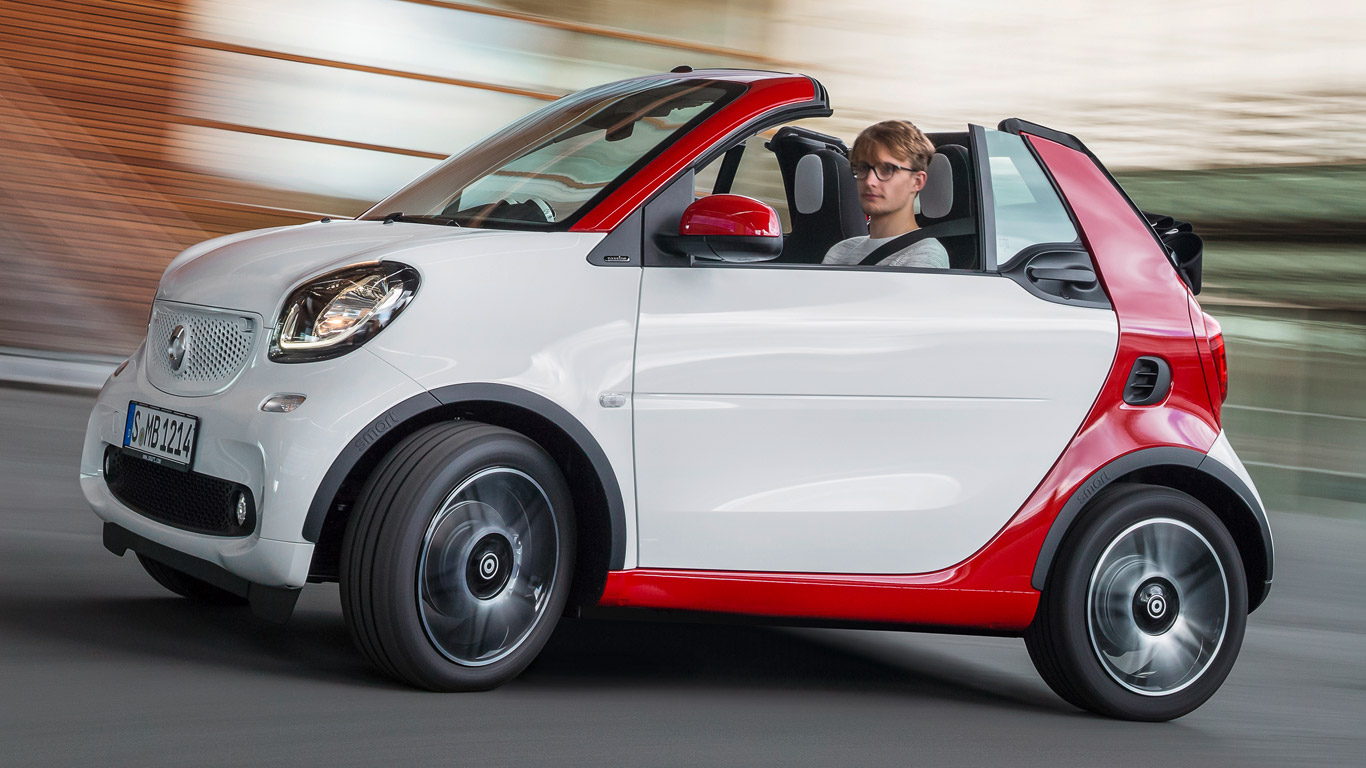 There was a time in the mid-90s when you could buy a diesel people carrier that took nearly 30 seconds to accelerate to 62mph. The car with the honour of being described as the world’s slowest passenger car was the Nissan Serena.

The Serena is no longer on sale, and there aren’t any new cars that take quite that long to reach a sensible cruising speed. But you might be surprised about just how slow some new cars are.

The Volkswagen Up and its Skoda and SEAT brethren are some of the best city cars you can buy. If you plan on covering a lot of motorway miles, you’re better opting for the more powerful 75hp version, however. The entry-level 60hp 1.0-litre takes 14.4 seconds to hit 62mph.

With prices starting at £6,995, the Dacia Logan is the cheapest estate car money can buy. But it’s also the slowest, taking nearly 15 seconds to reach 62mph if you opt for the 75hp 1.2-litre petrol engine. 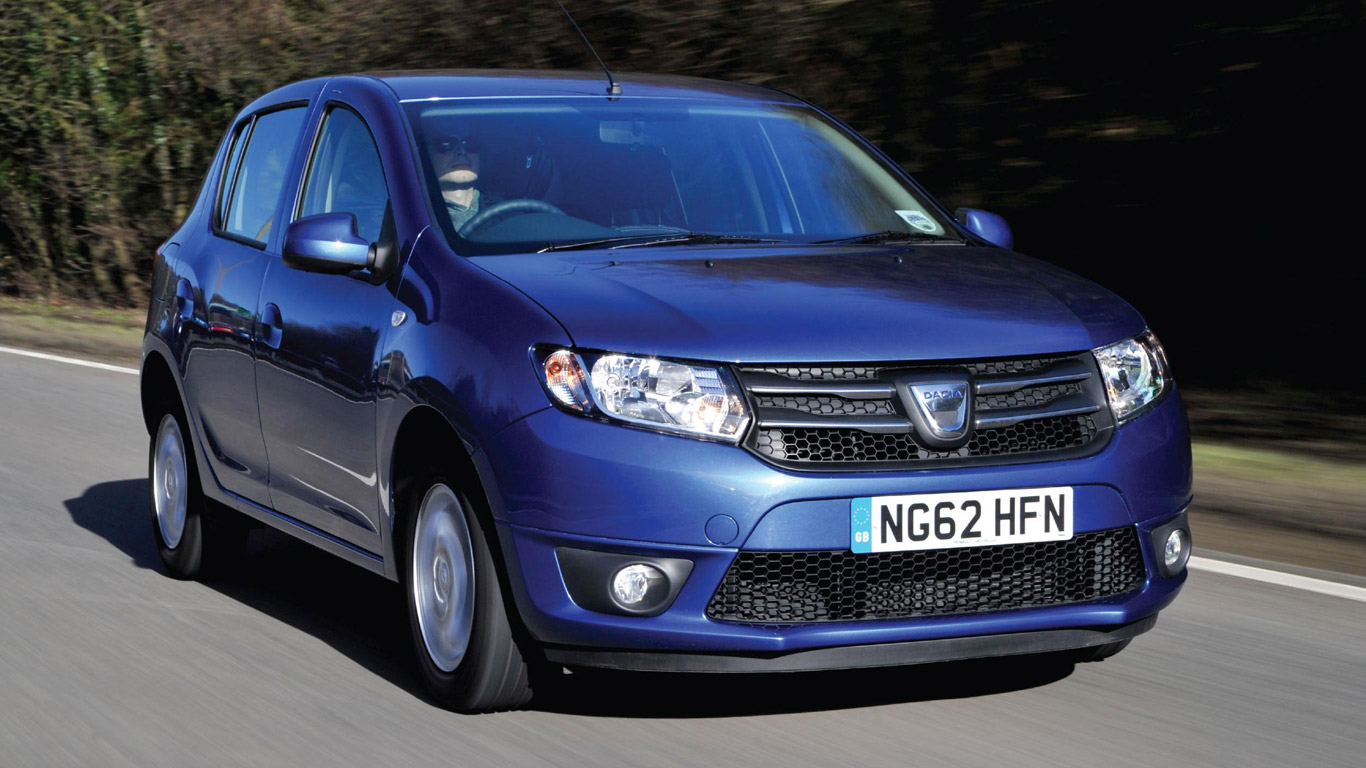 Surprisingly, given it’s smaller, the Dacia Sandero powered by the same engine takes just as long. But what do you expect for £5,995?

That same 75hp engine is also used in the Renault Clio. It takes, you guessed it, 14.5 seconds to hit 62mph.

Put a 1.0-litre 70hp engine into a mid-engined city car, and an affordable Porsche it does not make. We actually quite like the three-cylinder engine in the Twingo, but you’ll prefer the turbocharged version if you’re seeking performance. 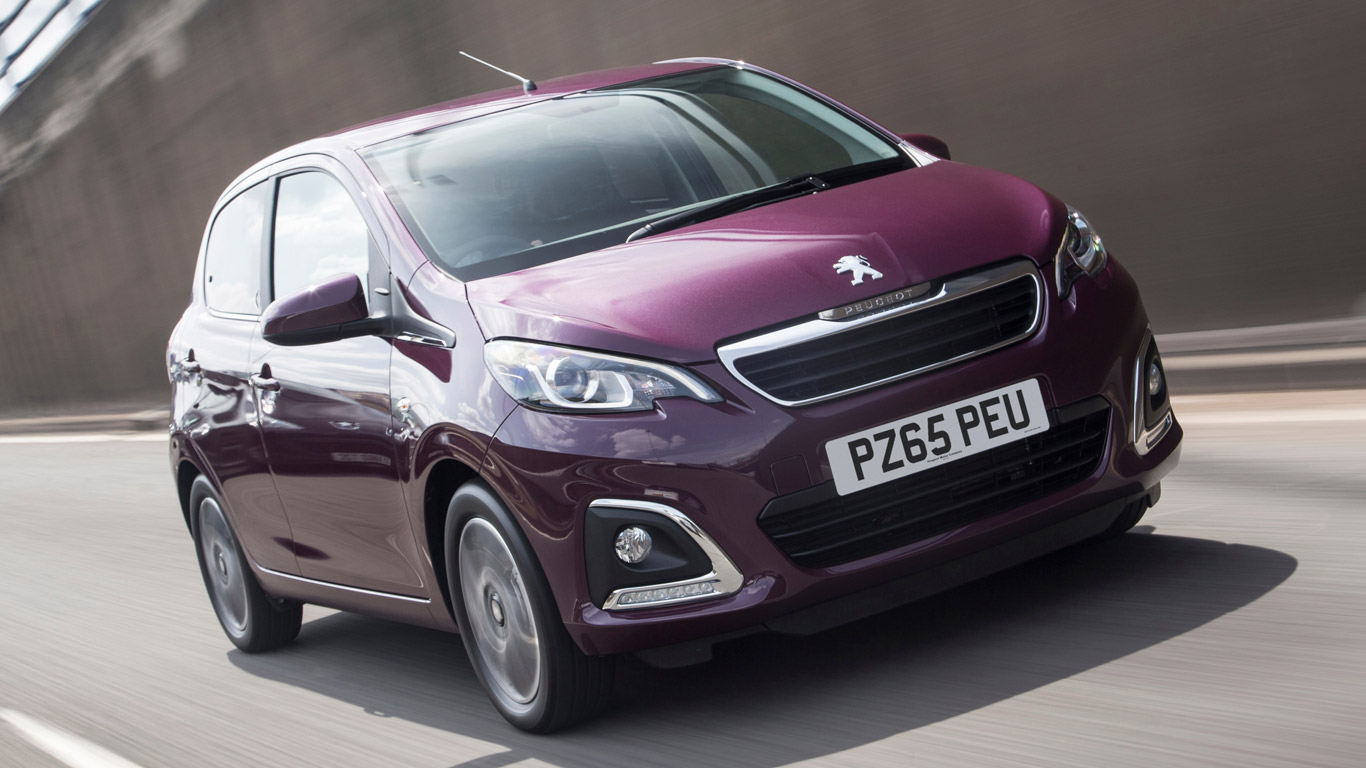 Finally in the 0-62mph in 14.5 seconds club, is the Peugeot 108 city car. The plucky little Pug is enjoyable to thread through city streets, so we suspect most owners won’t be bothered about the time it takes to accelerate to 62mph. It all gets slower from here, however…

The Fiat Qubo is essentially a Fiorano van with windows – and despite the name of its commercial cousin, it’s no Ferrari when you hit the gas pedal.

If you spend £10,000 on an entry-level SEAT Ibiza, you’ll be treated to the painfully slow three-cylinder 1.0-litre 75hp engine. It’ll be fine around town, but we’d spend a little more if we planned to venture beyond 30mph zones. 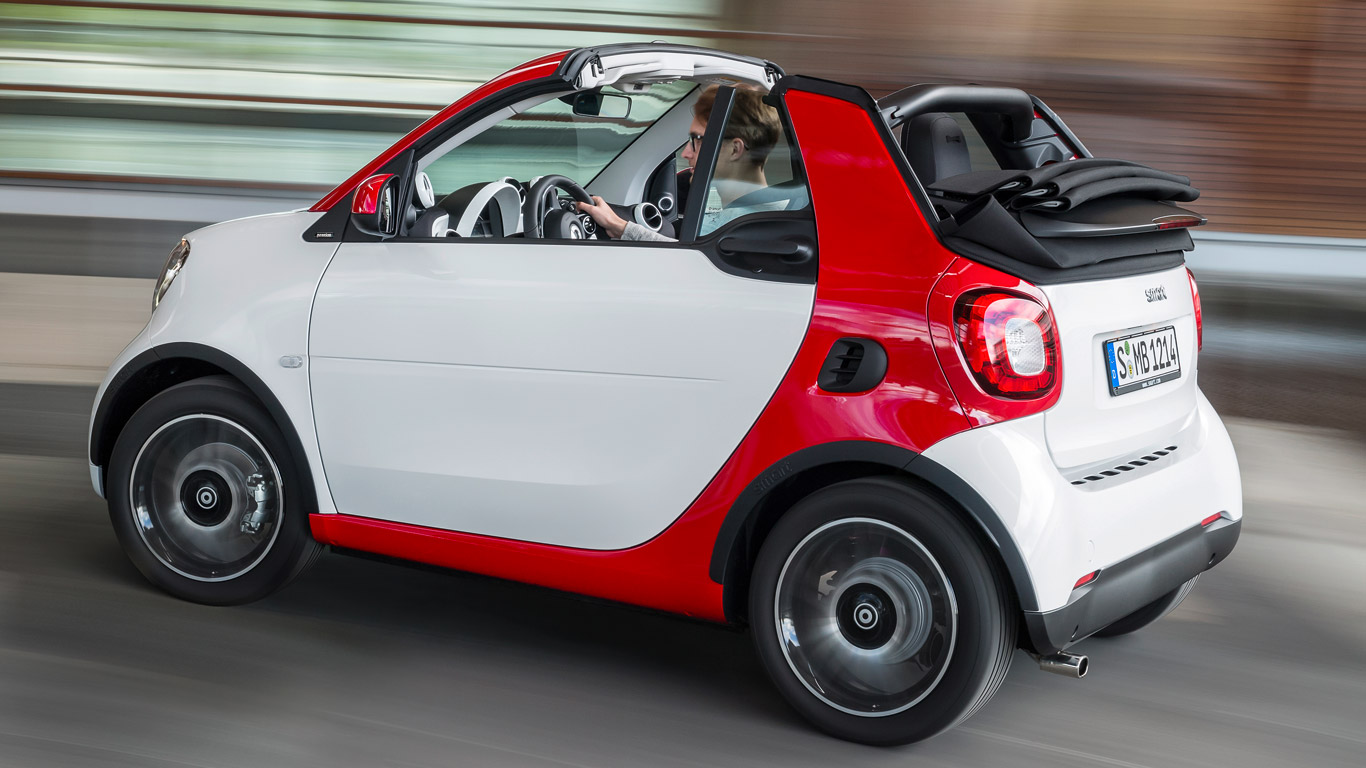 If you buy a soft-top Smart ForTwo, you probably don’t want a car that’s fast enough to ruffle your hair when you accelerate. That’s useful, because the 71hp three-cylinder engine takes 14.9 seconds to hit 62mph.

The Vauxhall Adam is a quirky little city car, but its entire engine line-up is a tad disappointing. The most undesirable engine has to be the 1.2-litre 70hp four-cylinder petrol, which takes an age to hit 62mph.

The bigger Corsa is equally disappointing if you opt for the 1.4-litre 75hp engine. We much prefer it with the new 115hp 1.0-litre turbo triple, which hits 62mph in 10.3 seconds. 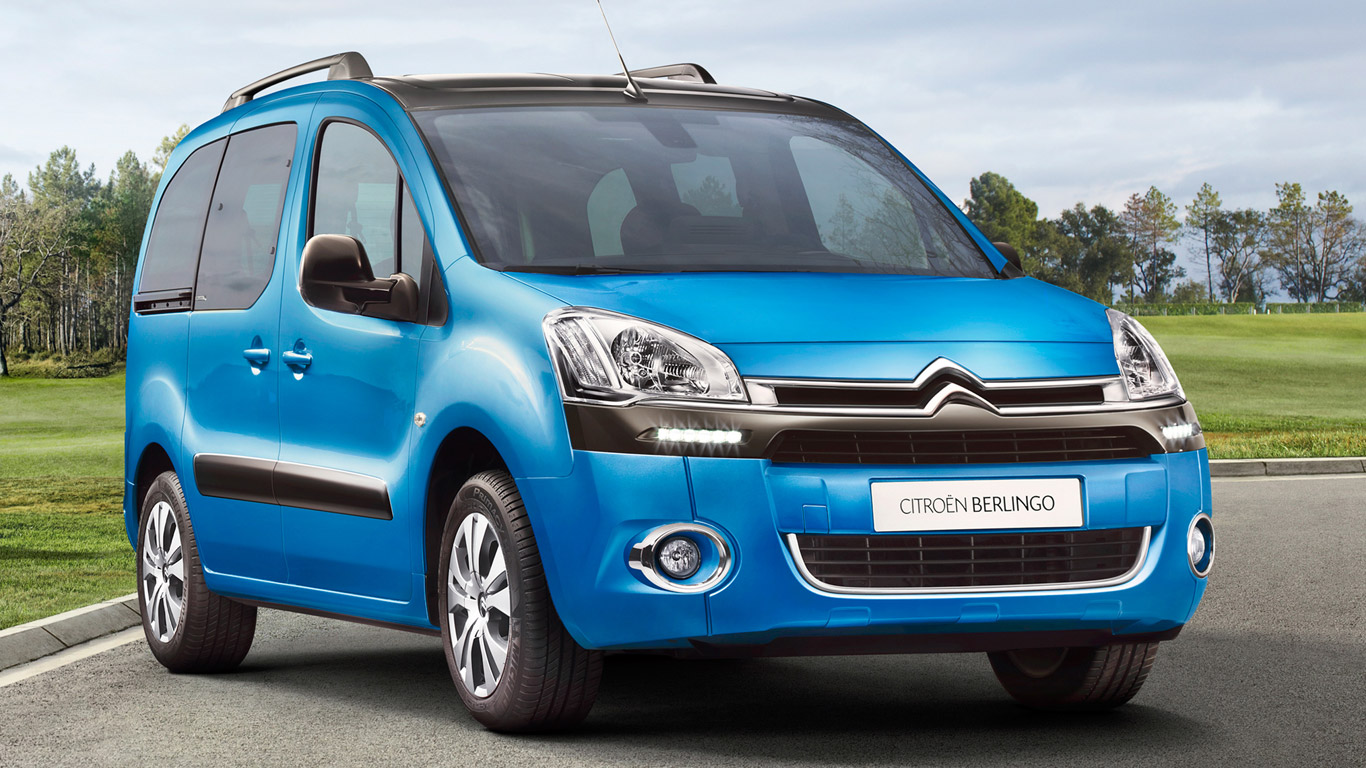 Another ‘van with windows’, this time it’s the Citroen Berlingo Multispace – specifically with the 1.6-litre BlueHDi diesel engine. Packing a lacklustre 75hp, it’s the first car featured here to take more than 15.0 seconds to hit 62mph.

Taking an equally long time to reach 62mph, the Ford B-Max perhaps works better with the 1.0-litre turbocharged petrol engine than the 1.5 diesel.

This is the car you’ll dread collecting from the hire car depot: a Ford Focus estate with the 85hp 1.6-litre petrol engine. That amount of power simply isn’t enough to lug around a car the size of a Focus estate. 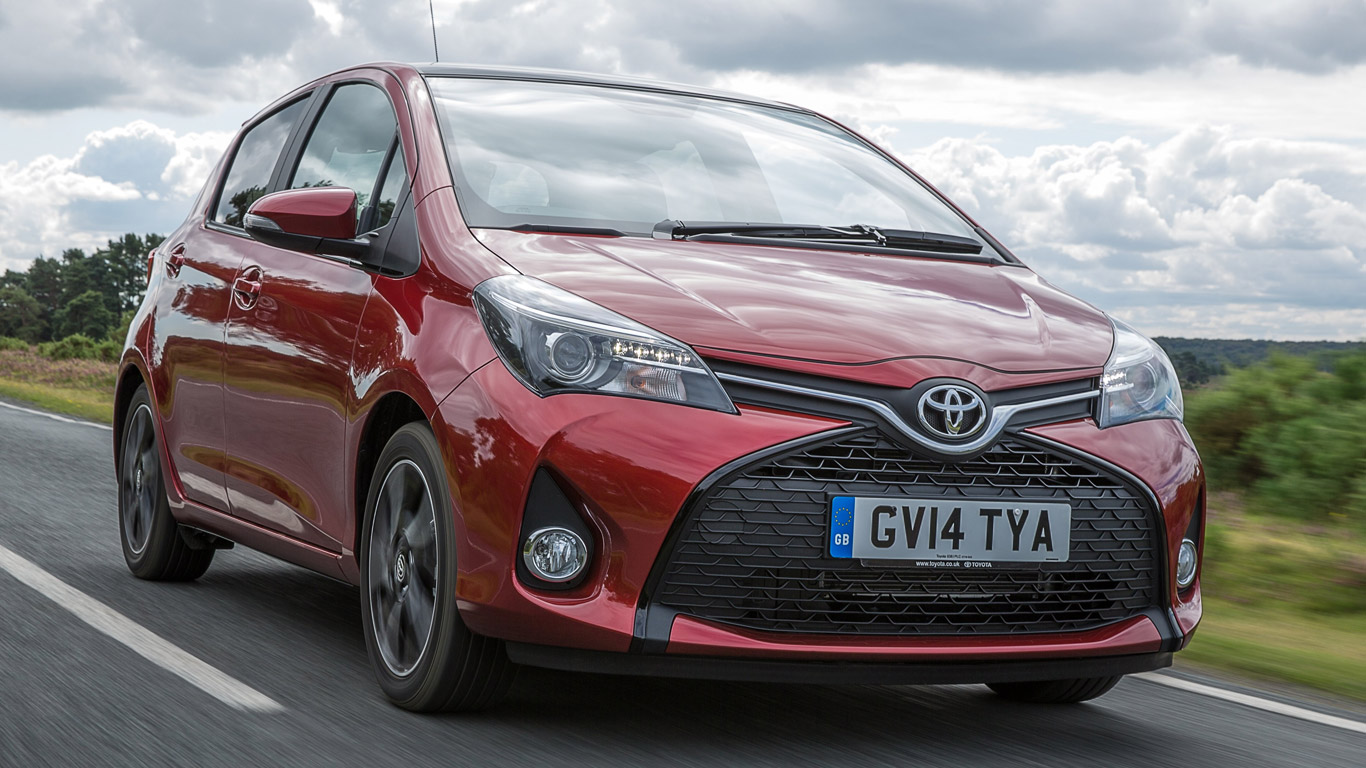 The thrashy 1.3 in the Yaris isn’t the best engine, but it’s certainly going to be better than the entry-level 1.0-litre if you’re in a rush to get anywhere.

It’s a good job most buyers of the Peugeot Partner Tepee will, let’s say, have enough life experience not to be bothered about getting anywhere quickly. It takes 15.3 seconds for the 1.6-litre BlueHDI 100 to hit 62mph.

Next time you’re stuck behind a Hyundai i10 taking an age to accelerate down a motorway slip road, bear in mind that it might not necessarily be the driver’s fault. The little 66hp 1.0-litre triple takes 15.5 seconds to propel the city car to 62mph. 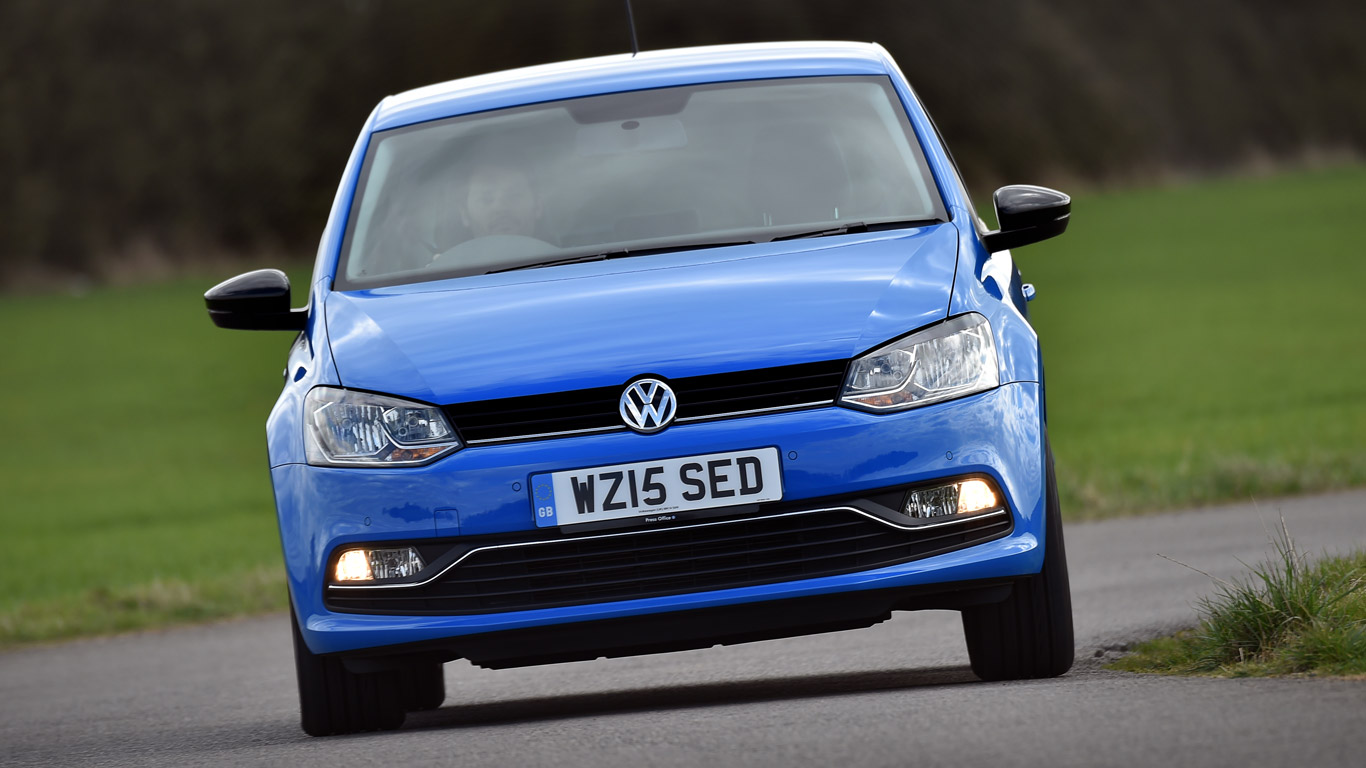 The Volkswagen Polo is showing its age, but that didn’t stop it picking up a gong at this year’s Auto Express Car of the Year awards. We suspect the judges didn’t try the entry-level 1.0-litre, which can be out-dragged by a tortoise. Allegedly.

It’s no surprise, then, that the platform-sharing Skoda Fabia with the same engine also takes a substantial amount of time to reach the national speed limit.

Good news! You can buy a Smart big enough for your entire family (provided there’s only four of you). Bad news… your offspring will have grown-up by the time you’ve hit motorway speeds. 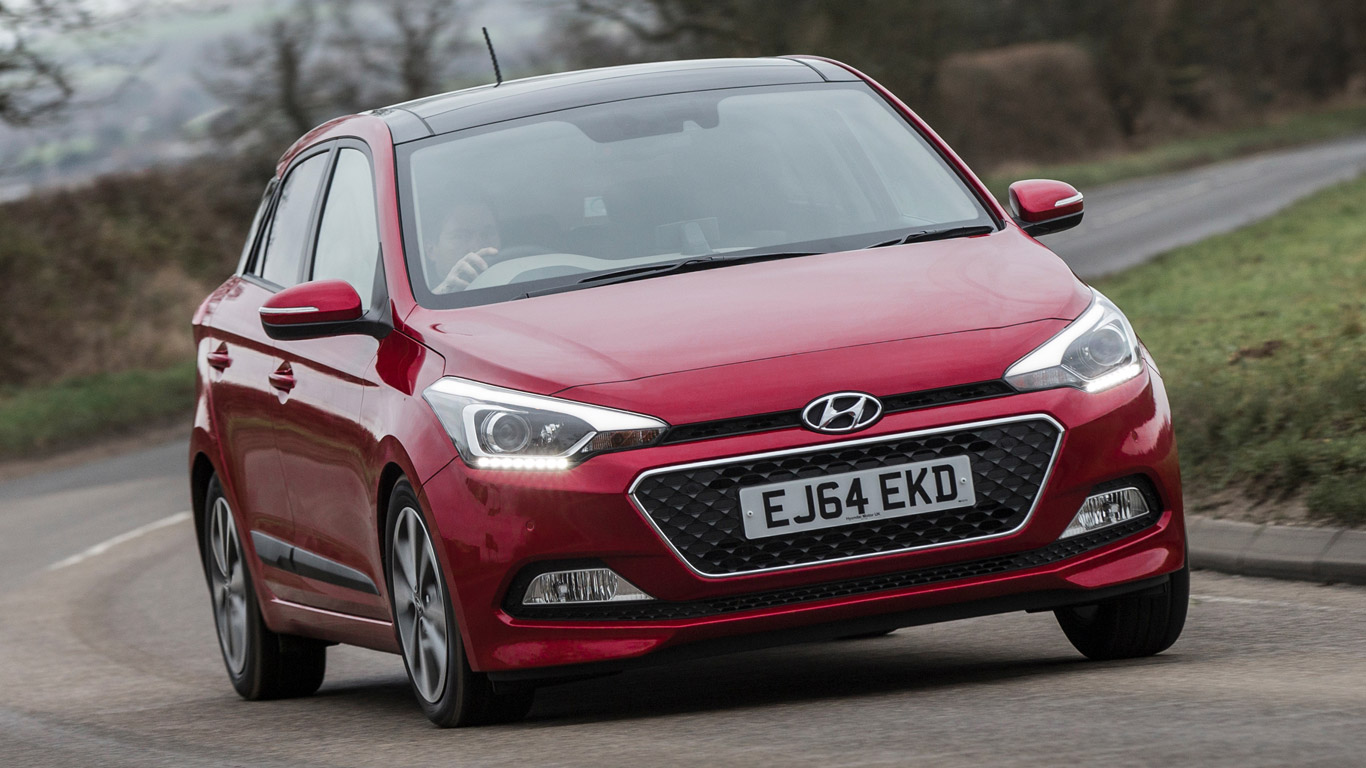 There are many reasons why you’d opt for the Hyundai i20 with a diesel engine. Perhaps you really dislike visiting petrol stations? In reality, you’d be much better off choosing new 1.0-litre petrol turbo.

The same could be said for the diesel Kia Rio, which shares an engine with the i20, but takes an extra tenth of a second to hit 62mph.

The Ford Fiesta is the UK’s best-selling new car. It’s a sensible purchase – but perhaps not if you can only stretch to the entry-level 60hp 1.25. It takes nearly 17 seconds to hit 62mph. That’s painful. 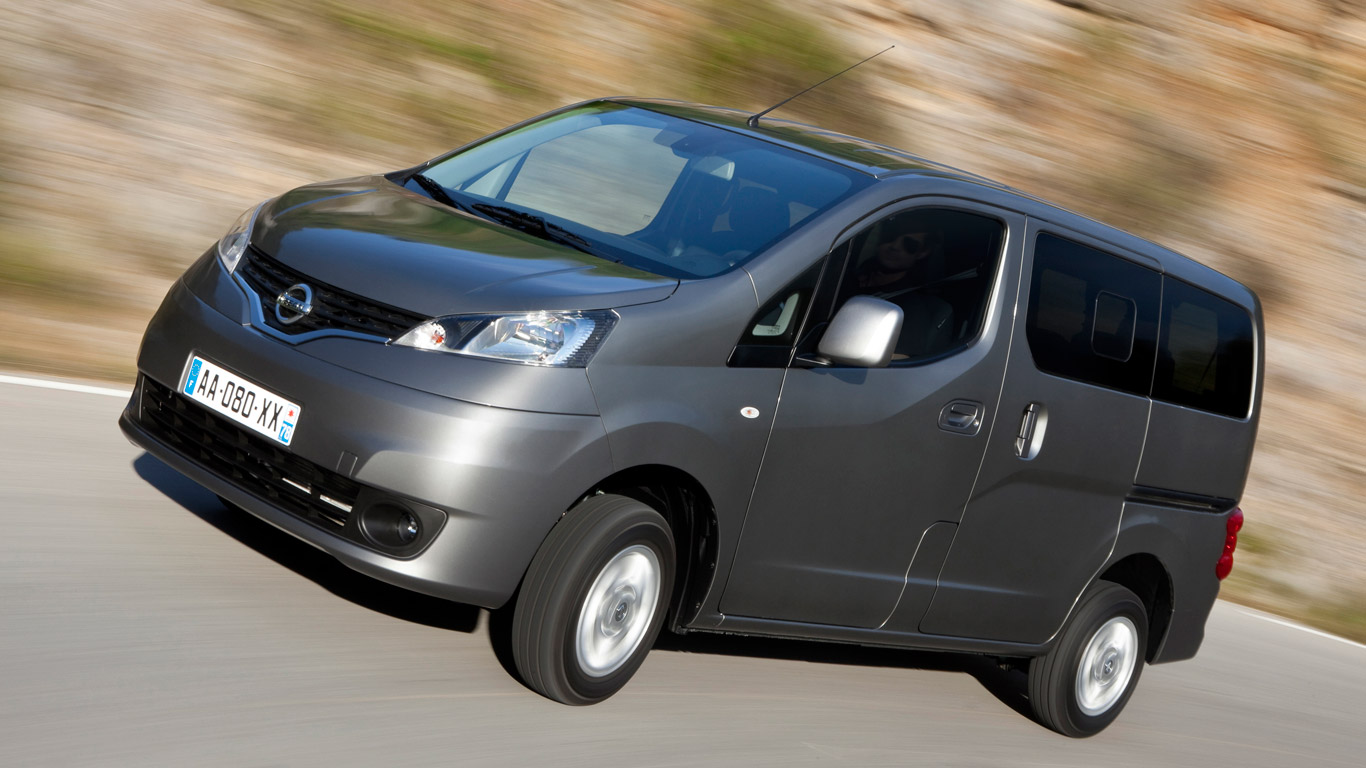 Things you can do in 17.0 seconds: have a nap, eat a chocolate bar, accelerate to 62mph in a Nissan NV200 Combi. With just 89hp, the 1.5-litre diesel engine struggles to lug around the seven-seat van-based people carrier.

The award for the slowest-accelerating passenger car currently on sale in the UK goes to the Hyundai i800 2.5 CRDi. While the eight-seat Hyundai is big enough to raise a family, accelerating faster than a truck is something it struggles with.