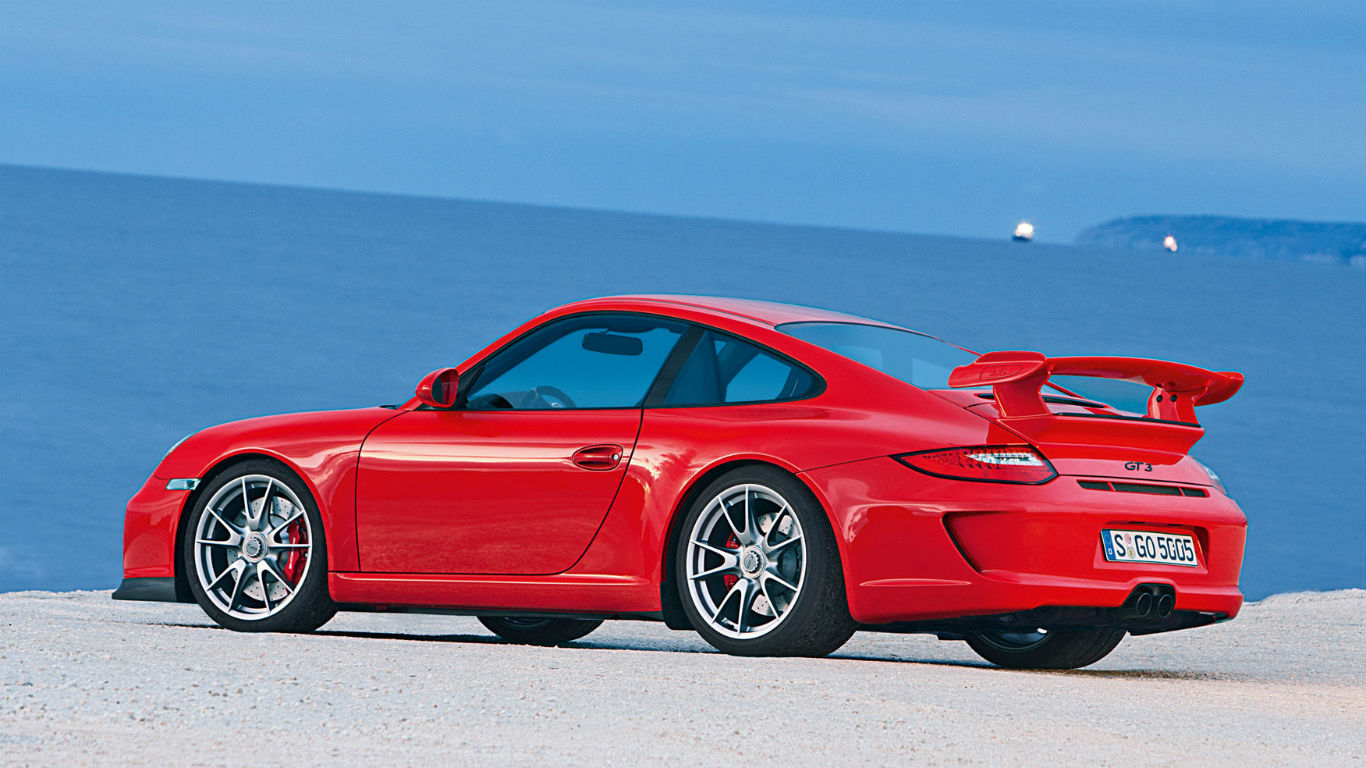 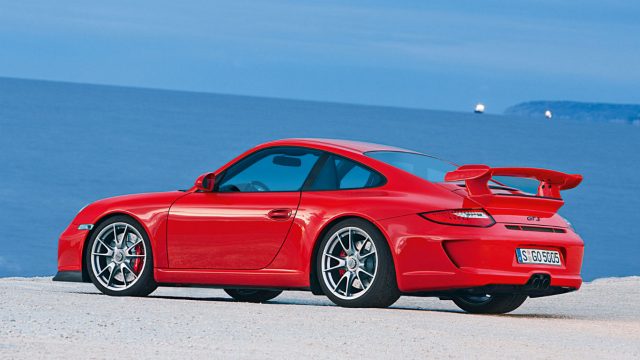 Depreciation, or loss in value over time, is usually the single biggest running cost when you buy a new car. Even on a family hatchback, it can add up to many thousands of pounds over a typical three-year/30,000-mile ownership period.

We’ve teamed up with the experts at CAP HPI to reveal the 25 cars that shed the smallest percentage of their value. Prepare to be surprised… 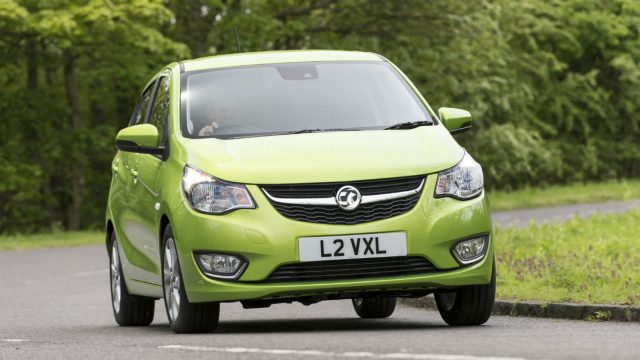 Vauxhall’s back-to-basics Viva is cheap to buy and run. The sub-Corsa city car retains 73.5% of its value, according to CAP HPI. That means it will lose £2,258 over three years and 30,000 miles. 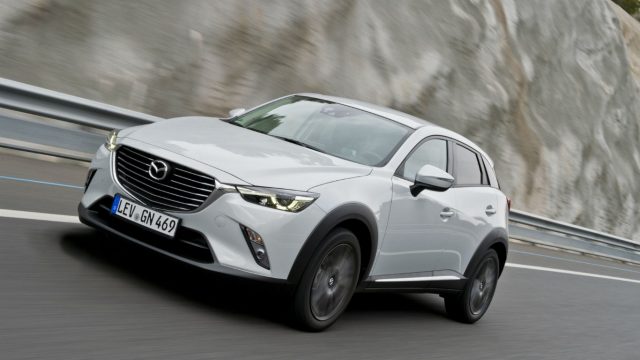 Smart styling, agile handling and a practical cabin have won the CX-3 plaudits from UK motoring media. And buyers seem to agree; Mazda’s crossover retains 73.7% of its initial purchase price, costing £5,170 in depreciation. 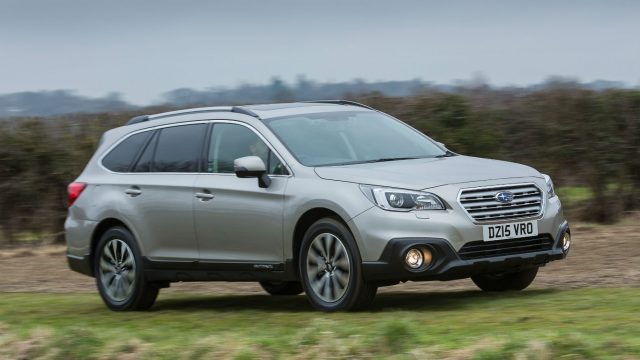 Choice is limited for buyers who want the all-weather capability of four-wheel drive without opting for the default SUV. Subaru’s rugged 4WD estate fills that void, and holds onto an impressive 73.8% of its value in the process. An Outback will cost £7,810 in depreciation over three years and 30,000 miles. 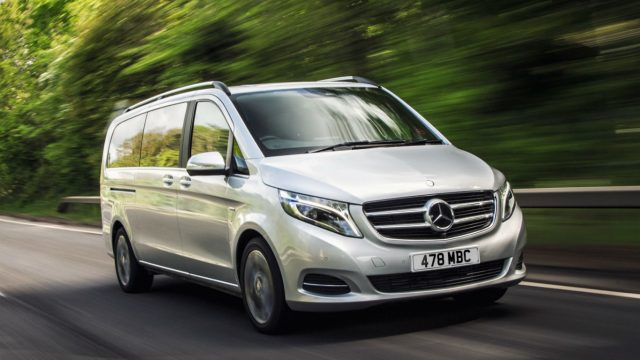 The V-Class is a people carrier based on the Vito van, and a firm favourite with the private hire trade. Over three years, a diesel version will lose around £11,561 – retaining 74% of its showroom price. An uber-good result for Mercedes-Benz (see what we did there?). 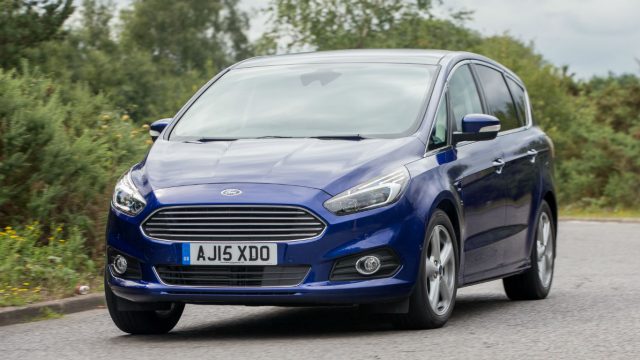 The Ford S-Max is another people carrier in high demand with used-car buyers. It trumps the V-Class on styling, driving dynamics and price – if not outright space. Expect an S-Max to retain 74.1% of its value and lose £7,380 over a three-year period. 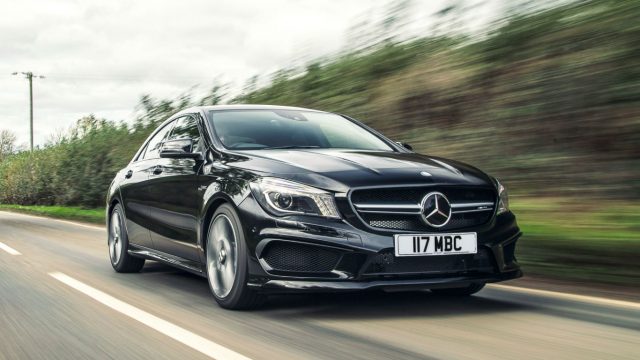 With sleek ‘four-door coupe’ styling and a rumbling, deep-chested soundtrack, the hottest CLS certainly ticks our boxes. It’s more sought-after than the equivalent A45 AMG hatchback, holding onto 74.1% of its price. That equates to £11,174 in depreciation. 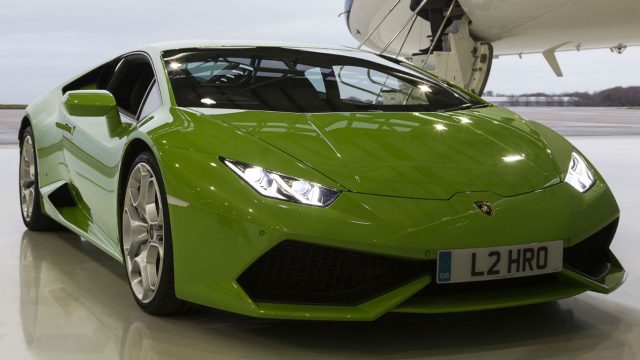 Speaking of soundtracks, nothing prepares you for the feral scream of the Huracan’s 610 hp V10. Of course, a Lamborghini is hardly a car to save you money; you will lose a not-insignificant £46,570 over three years and 30,000 miles. Nonetheless, it’s a slow depreciator, retaining 74.2% of its initial cost. 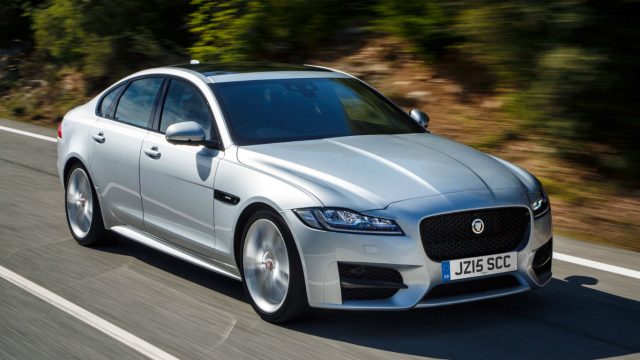 Now for something a little more sensible. The Jaguar XF is an accomplished executive saloon, with strong engines and best-in-class handling. Diesel versions retain 75.3% after three years, costing £9,091 in depreciation. Petrol models do even better, says CAP HPI: 77.3% and £11,200. 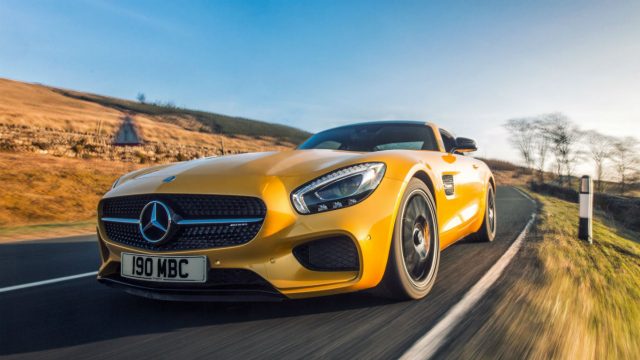 The bombastic Mercedes-AMG GT left an indelible impression after we drove it last year. It also left some tyre tracks in the MR office car park, but that’s another story… This 911 Turbo-rivalling supercar keeps 75.7% of its value, costing the first owner £28,087. 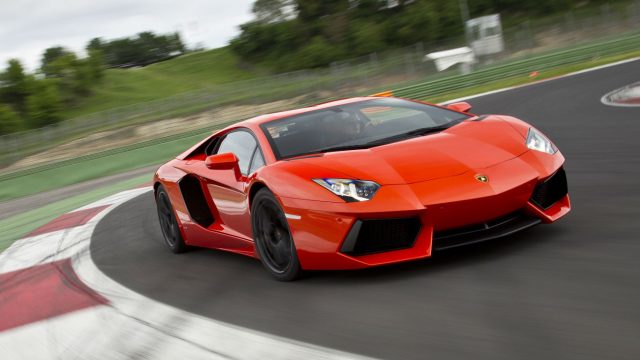 OK, consumer advice time. If you’re interested in saving money, don’t buy a Lamborghini Aventador. This V12-engined monster will cost £65,535 in depreciation over three years and 30,000 miles. But you can justify it to your husband/wife/bank manager by pointing out a strong retained value of 76.3%. 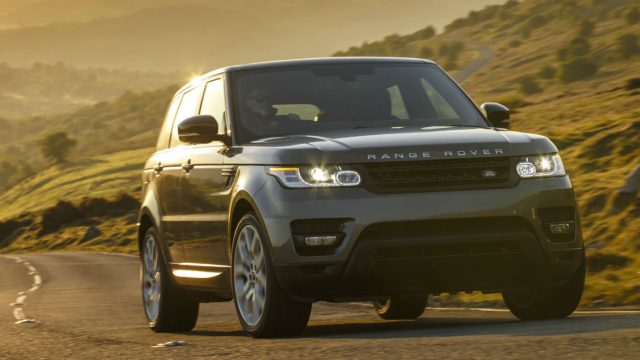 The Range Rover Sport seemingly never goes out of fashion. Indeed, its sales success threatens to usurp the full-sized Range Rover altogether. A diesel-engined Sport will hold 77.3% of its value and cost £15,519 over our typical three-year ownership cycle. The hybrid version is slightly more prized, retaining 77.8% and losing £18,825. 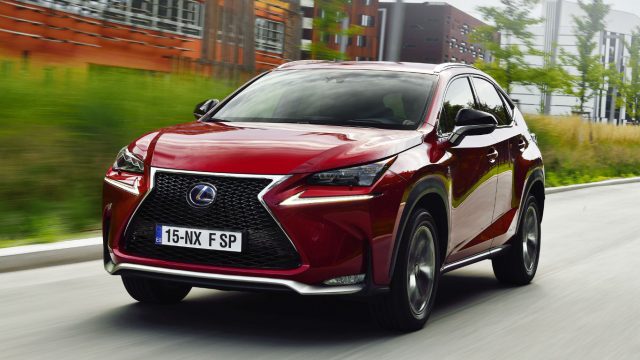 Clearly, being endorsed by Will.I.Am has done this sharply-styled SUV no harm. The petrol-powered NX 200t is unloved, but the hybrid petrol/electric NX 300h is a noted depreciation-buster. You can expect to lose a modest £8,436 over three years, thanks to a retained value of 77.3%. 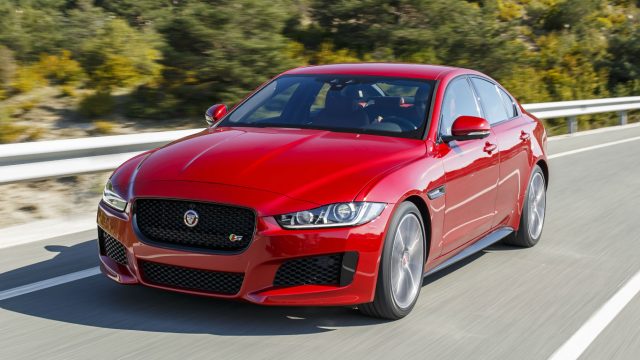 Jaguar’s critically-acclaimed answer to the Audi A4 and BMW 3 Series slightly outperforms its big brother, the XF, when it comes to depreciation. A typical XE is worth 77.8% of its purchase price after three years/30,000 miles. That equates to a bill of £7,320. 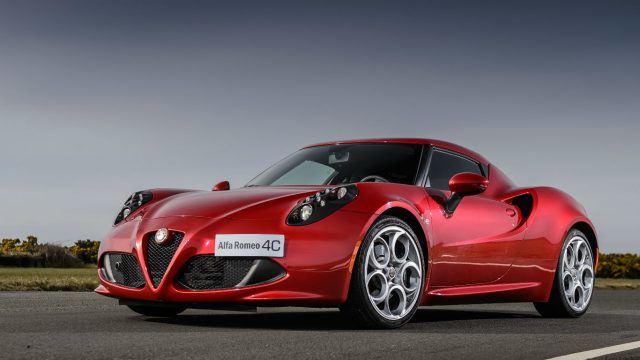 Reviews have been more mixed when it comes to the Alfa Romeo 4C – a compact sports car that rivals the Porsche Cayman. Still, many great Alfas have been flawed gems, and the 4C’s relative rarity keeps values high. Its retained value is 78.8%, with depreciation of £10,515. 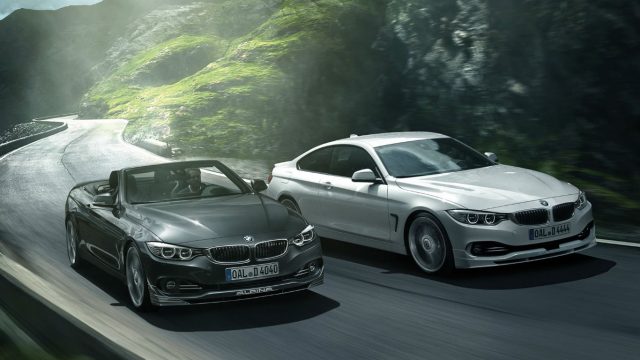 Alpina is the semi-official tuning arm of BMW. Unlike many modification specialists, however, its cars major on comfort rather than Nurburgring-bashing performance. The highly-desirable D4 is based on the BMW 4 Series and holds 79.3% of its value, losing £10,510 in depreciation. Figures for the convertible version are 79.0% and £11,515 respectively. 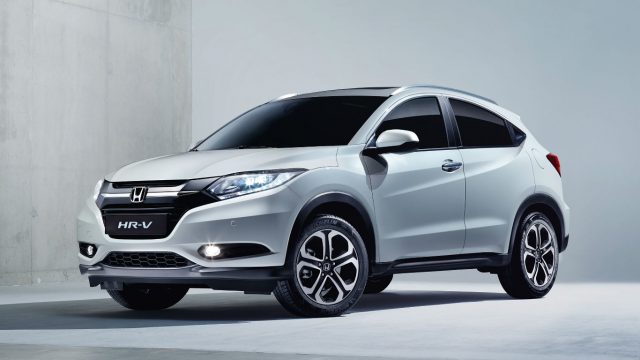 Honda’s reputation for reliability means its cars are usually highly valued by second-hand buyers – and none more so than the HR-V. This family-sized crossover holds onto 79.5% of its showroom price, costing just £4,284 in depreciation. The diesel version tops even that, with 80.6% and £4,261. 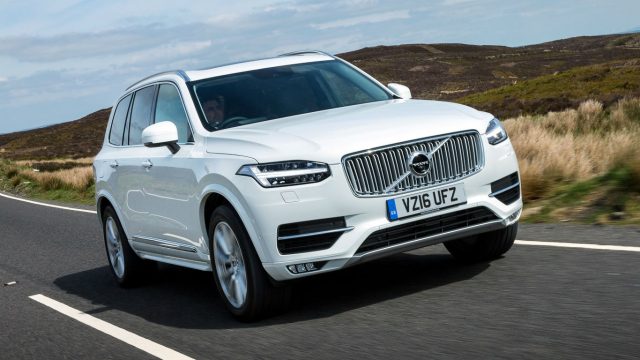 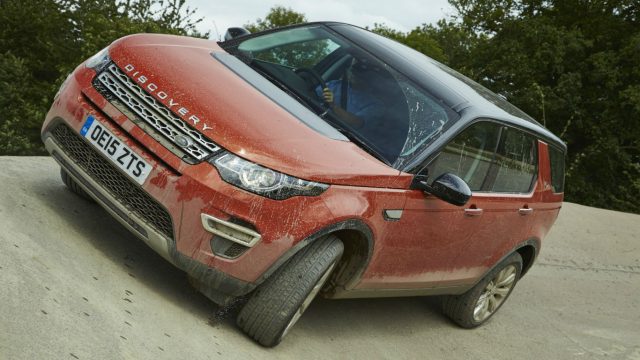 Another 4×4 that’s selling as fast as they can build them, the Land Rover Discovery Sport combines the low-slung looks of the Evoque with a cabin that seats seven. What’s not to like? Diesel versions are best when it comes to depreciation, retaining 80.3% and setting you back £7,255 over three years. 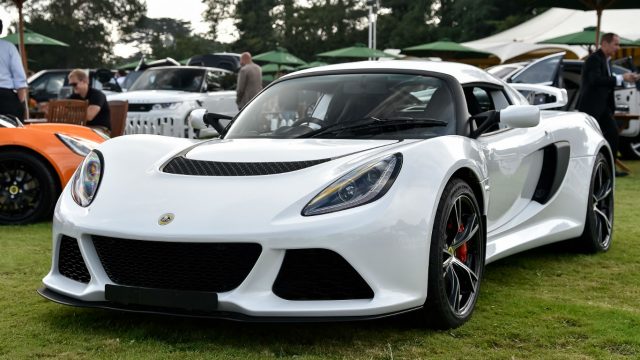 It’s no spring chicken, but there’s still lots of love for the Lotus Exige. Spend five minutes behind the wheel of one and you’ll discover why – it’s an absolute joy to drive. Take the plunge and you can expect to see an 81.1% retained value, along with depreciation of £8,320. 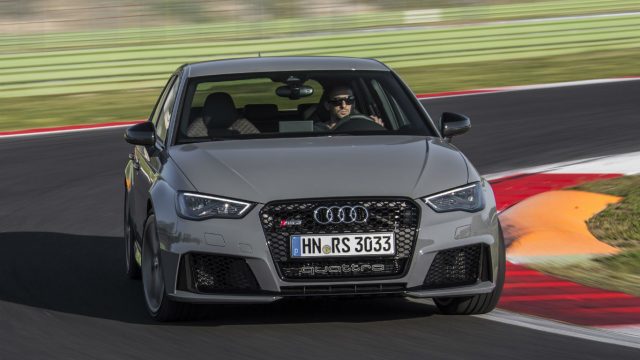 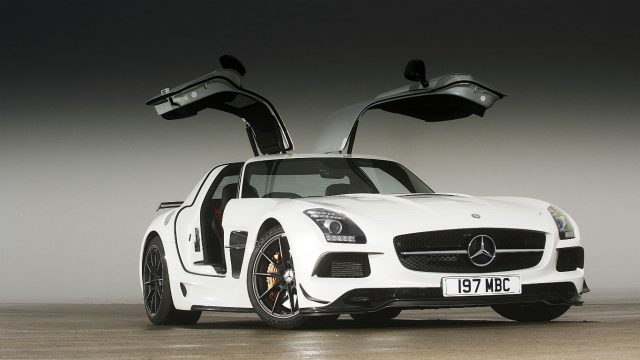 What a way to make an entrance. The gullwing-doored SLS AMG is a most-wanted car, outperforming even the newer AMG GT when it comes to residual values. If you’d bought one three years ago, it would still be worth 85.2% of what you’d paid. You’d have lost £25,490, but that’s pocket change when it comes to supercars, right? 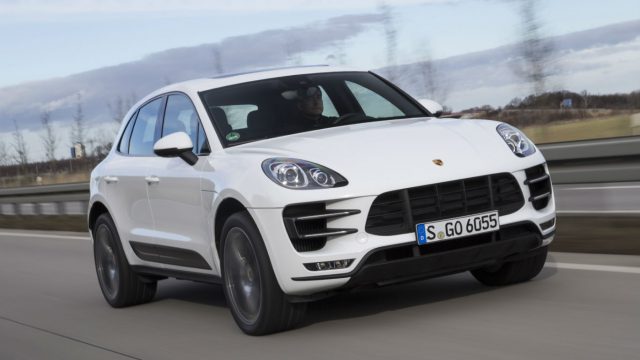 The Macan is the first of three Porsches in the top four of CAP HPI’s slowest depreciating cars – no mean feat for the German brand. The petrol-engined version keeps 87.9% of its value and loses £5,875 over three years. The Macan diesel manages 88.5% and £5,043. It’s practically a free car. 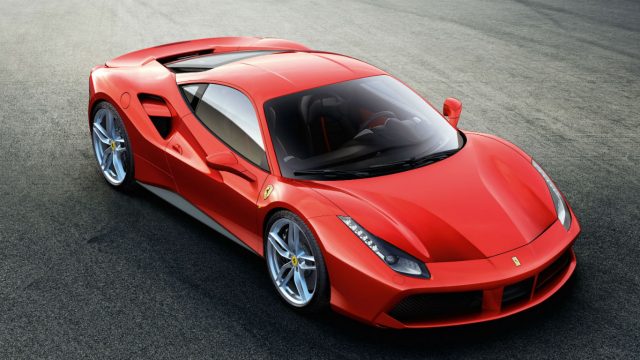 Talking of free cars, the top three aren’t actually depreciators at all. These sports cars (and they are all sports cars) should actually go UP in value over three years and 30,000 miles of ownership. First up is the Ferrari 488 GTB. A 101.7% retained value means you could sell for £3,091 more than you bought it for – so keen are buyers to jump the lengthy waiting list. 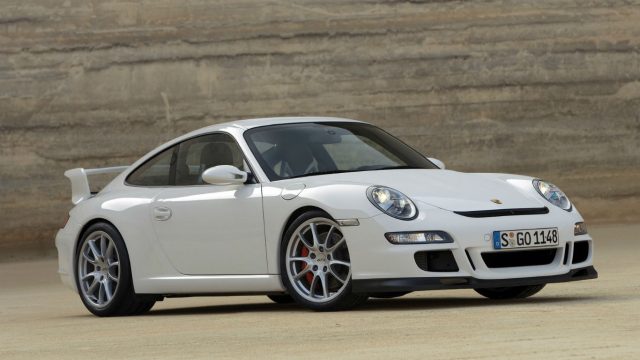 The previous (997) generation of Porsche’s hardcore 911 GT3 was the last to boast a manual gearbox and hydraulic power steering. That makes it lusted-after by enthusiasts, with a corresponding premium for buyers. A residual value of 102.8% means lucky 997 GT3 owners could make a £2,515 profit. 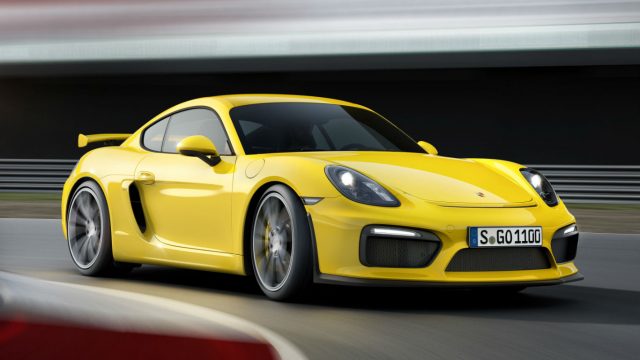 Here we have it: Britain’s slowest depreciating car. The limited-run Porsche Cayman GT4 turns conventional car market economics on its head, holding onto to a crazy 121.6% of its list price. In other words, you could drive this for three years and 30,000 miles, then make £13,949 for your trouble. If only we could afford one in the first place…