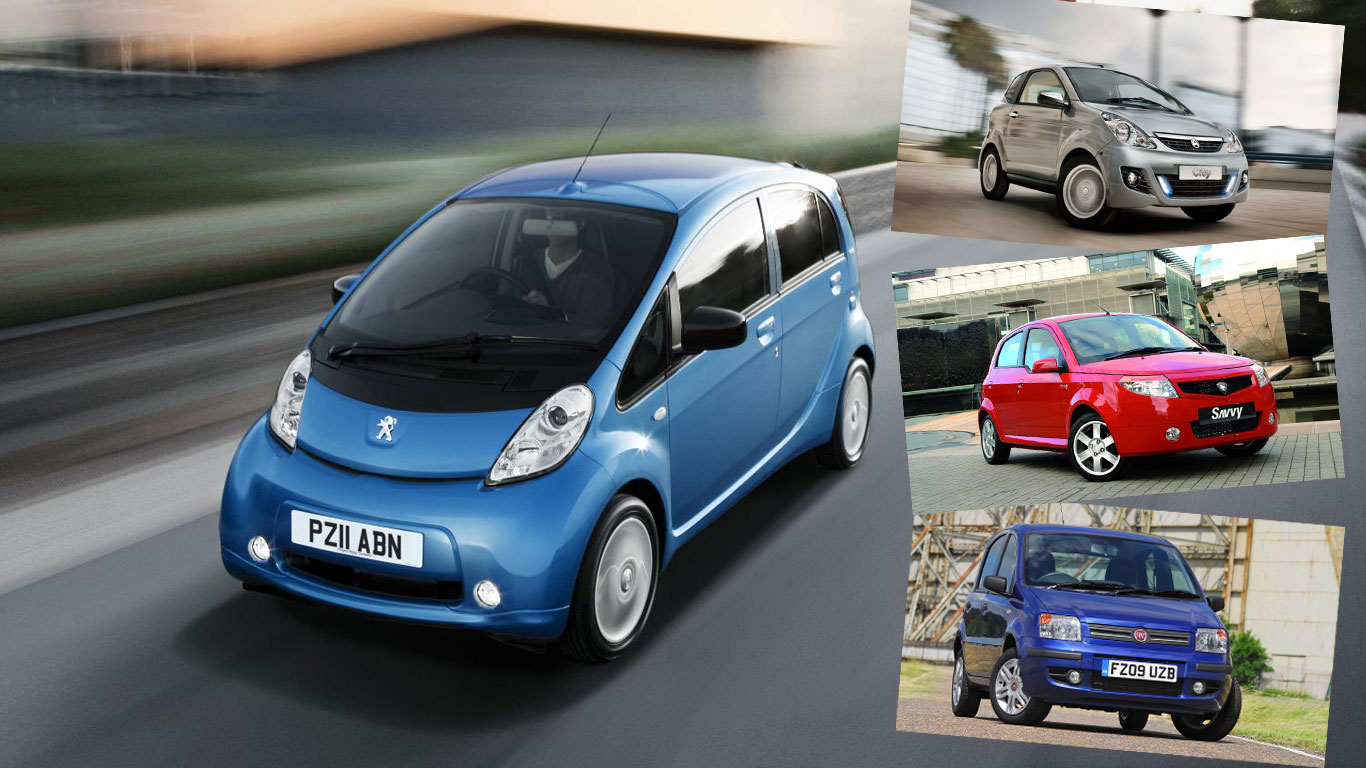 Depreciation is usually the single biggest running cost associated with buying a new car. Fact is: you’ll lose hundreds, possibly thousands, simply by driving your shiny new car out of the showroom.

We’ve teamed up with CAP HPI (www.cap-hpi.com) to reveal the 25 cars that shed the largest percentage of their value. We’ll present the data in reverse order.

The CAP HPI figures are based on three years and 30,000 miles, enabling us to provide the average new price retained (OCN). If you bought a previous generation Kia Carens, registered between 2010 and 2012, it will have retained just 30.5% of its value after three years. Based on an average new price of £14,375, that’s depreciation of £9,988.

Remember the Chevrolet Spark? Chances are you may have rented the little runabout, as it was a mainstay of hire fleets. The Chevrolet brand all but died in the UK in 2015, which might explain why the Spark retains a mere 30.3% of its value after three years.

The Citroen Nemo Multispace is good at holding many things. People, luggage, dogs, sports equipment, shopping and kitchen sinks – no problem for the utilitarian Citroen. But holding its value… that’s not a strong point. After three years, the French MPV will have retained 29.9% of its original cost.

According to CAP HPI, the average new price of a Smart Fortwo Electric was £21,090, which isn’t exactly cheap. Sure, the electric Smart would be cheap to run, but the savings are likely to be wiped out by the depreciation. After three years, the leccy Fortwo would retain 29.7% of its value – a loss of £14,817.

Late models of the previous generation Hyundai i30 will be approaching the end of their five-year warranty, which might explain why the diesel engine versions retain just 29.6% of their value after three years. The i30 lives in a tough sector, going up against the likes of the Ford Focus and Volkswagen Golf. 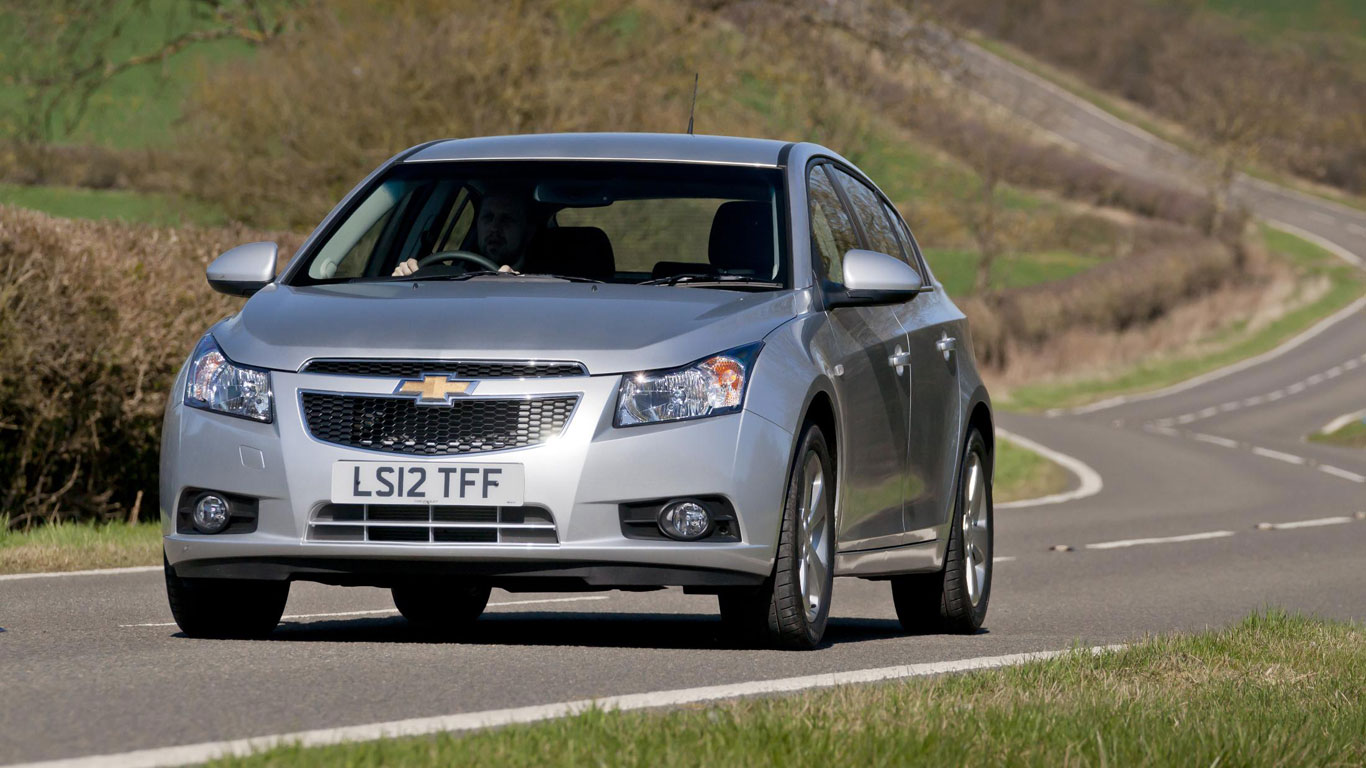 When a brand dies or pulls out of a market, used car values always take a hit. Witness the Chevrolet Cruze: a car that will retain 29.2% of its value after three years. Bad news if you bought a Cruze registered between 2009 and 2015; good news if you’re looking to buy a used example.

The MG 6 is a slow seller, but a rapid depreciator. If you bought one new at an average price of £17,261, you’ll have lost £12,261 after three years. That’s enough for a new MG 3Style with some spare change to boot.

Unless you dislike the so-called i-Cockpit, it’s hard to think of a good reason why you’d choose a 207 over its successor: the Peugeot 208. If you bought a petrol-engined 207 registered between 2009 and 2013, it will have retained 28.1% of its value after three years and 30,000 miles. The diesel versions perform slightly better, with a figure of 29.7%. 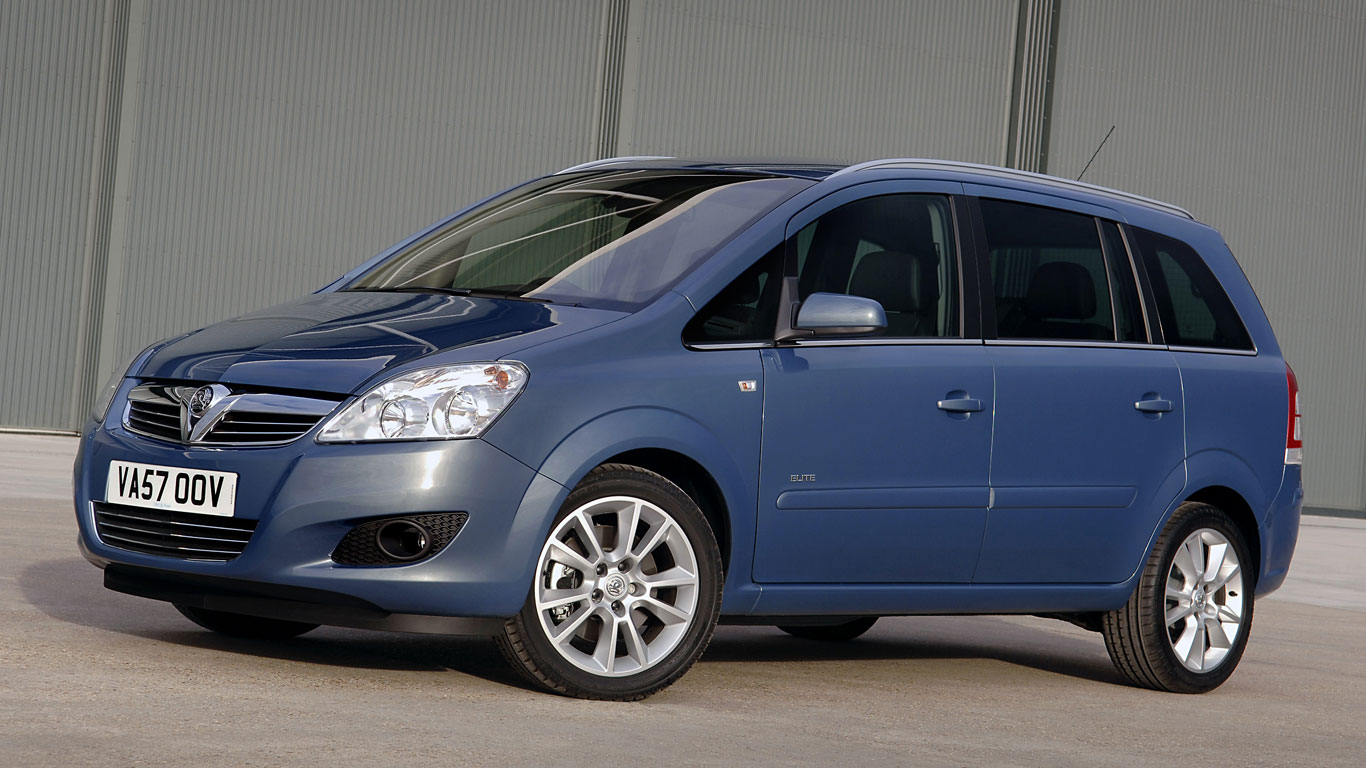 People carriers tend to lead a hard life, so it’s hardly surprising to discover that some models suffer from catastrophic depreciation. According to CAP HPI, the average new price of a Vauxhall Zafira (2005-2015) was £21,044. After three years, £15,186 would have been wiped off its value – an OCN of 27.9%.

In many ways, we prefer the Mitsubishi Colt to its successor, the Mirage. That said, with a retained value of 26.6%, buying one new wouldn’t have been the most financially prudent decision you’ve ever made.

Values of the previous generation Renault Clio have been hit by the arrival of the current generation model, which itself is being facelifted in 2016. Petrol versions retain 26.6% of their value, while diesel versions perform slightly better at 27.9%.

The Nissan Leaf might be a zero emissions car, but its depreciation is anything but. According to CAP HPI, the average new price is £28,743, yet after three years the Leaf will have dropped £21,445 of its value. Leaf, dropped… geddit? Moving on… 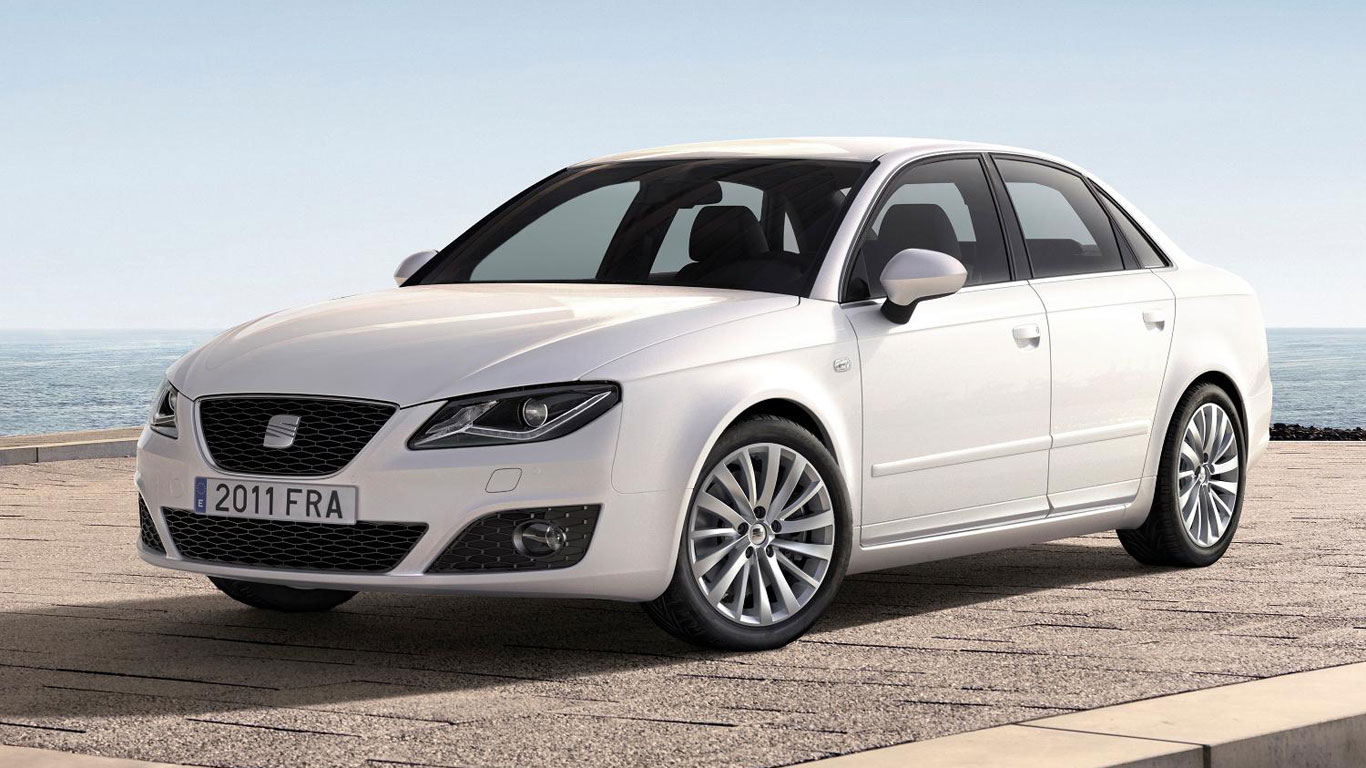 The SEAT Exeo was a compact executive based on a previous generation Audi A4. If only the Exeo could hold its value like an A4. After three years, the Spanish A4 retains 24.7% of its purchase price.

The Fiat Bravo disappeared from these shores in 2014, taking its retained value with it. After three years your Bravo would be worth just 24.7% of its original £17,101 purchase price. Fiat will be hoping the new Tipo performs better.

When the Chrysler Delta arrived in the UK, we all knew it would be a hard sell. Plonking a Chrysler badge on a Lancia product was a recipe for disaster, meaning the Delta didn’t exactly fly out of the showrooms. If you paid around £18,318 for a new Delta, you’ll have lost just under £14,000. Not good.

Remember the Proton Satria Neo? Probably not, but those who bought one new will certainly remember the dent in their wallet. A new Satria Neo bought for £9,100 will have lost just under £7,000 after three years. 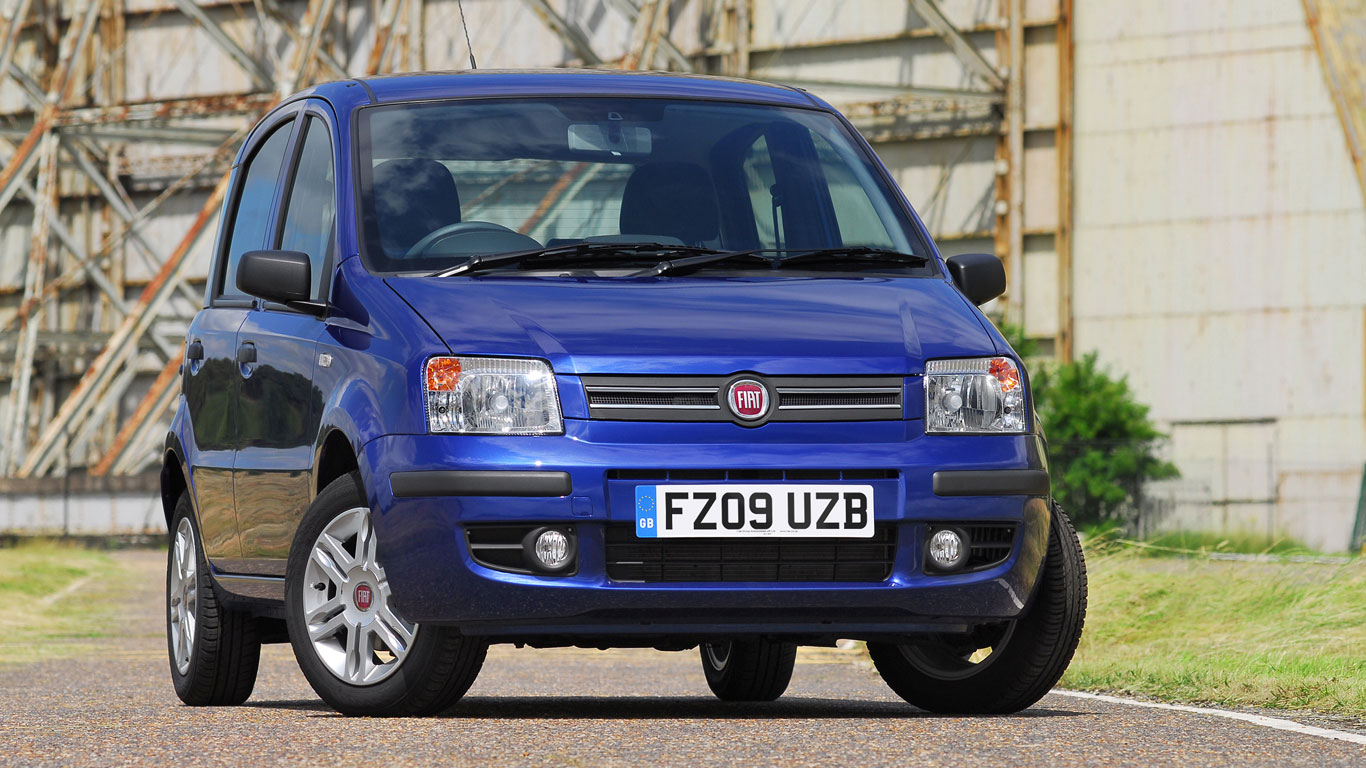 Many Italians buy a Fiat Panda for life – keeping hold of it until it’s well beyond repair. If Italian depreciation is similar to the UK, this is probably the best policy, because a previous generation Panda diesel will have retained a mere 22.7% of its value after three years. Petrol versions perform better at 26.7%.

This figure is for the pre-facelift version of the current Citroen C5, built between 2008 and 2012. Citroen would have us believe it’s a good match for the Germans, but sadly it can’t hold its value like an Audi, BMW or Mercedes-Benz. After three years, you can expect to lose around £16,500.

Comparing the current 308 with its predecessor is like comparing chalk with fromage. While the new car is good in so many ways, the old 308 takes us back to Peugeot’s lacklustre era. Used car buyers are voting with their wallets, which is why a 308 built between 2007 and 2014 retains just 21.1% of its value after three years. 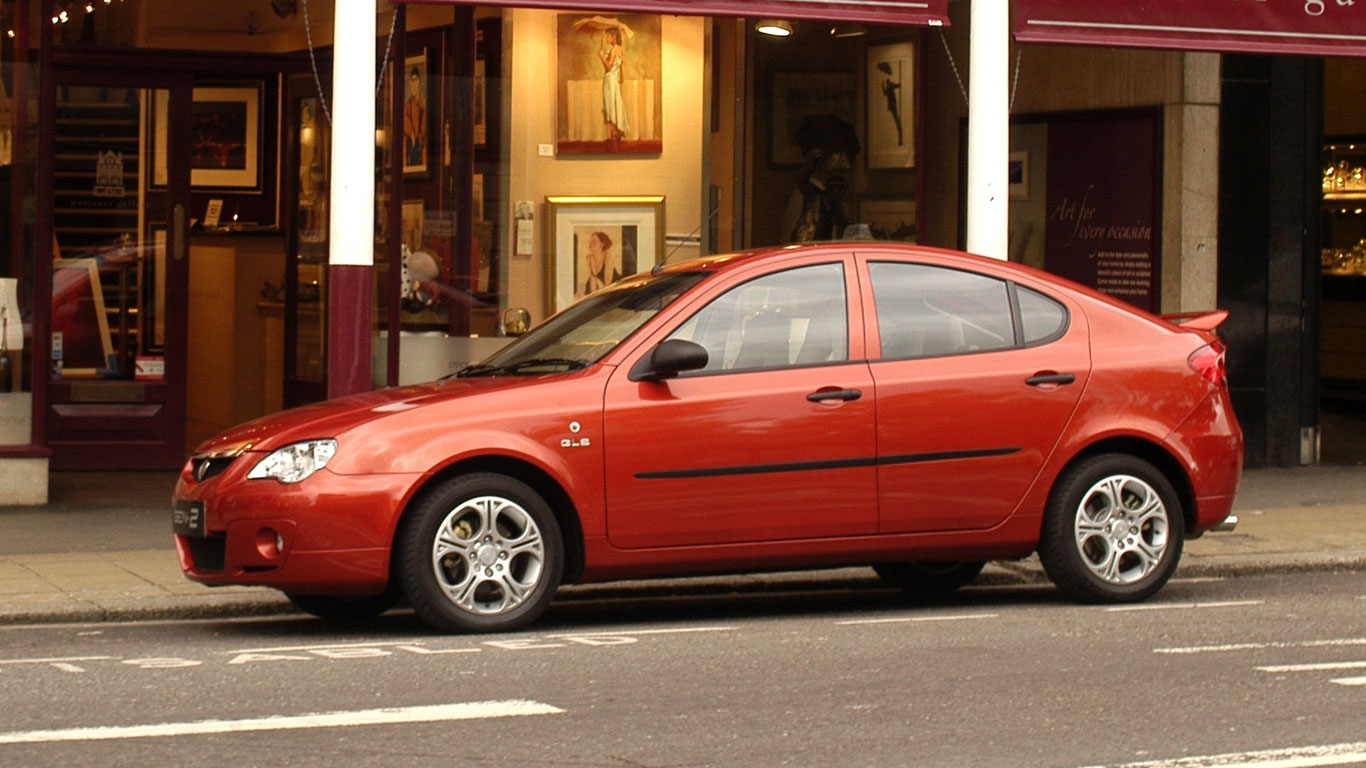 There’s worse news for Proton GEN-2 owners. The five-door hatchback may have boasted Lotus-engineered handling and a Lotus-designed interior, but it didn’t make for a sensible buy. An average new price of £10,843 and average depreciation of £8,952 equates to a 17.5% OCN.

Bad news if you paid the £26,161 average new price for the Citroen C-Zero electric car. After three years, it’s likely to have retained just 17.4% of its value. Want even more bad news? Right now, you can buy a new Citroen C-Zero for £12,495.

It’s a similar story for the C-Zero’s French sibling: the Peugeot iOn. The average new price is the same, but curiously the iOn retains even less of its value. Like the Citroen, the electric Peugeot is available for £12,495.

The C-Zero and iOn are essentially rebadged versions of the Mitsubishi i-MiEV – a five-door electric hatchback that went on sale in Japan way back in 2009. When new in the UK, it was even more expensive than the French pair, with an average new price of £29,195. 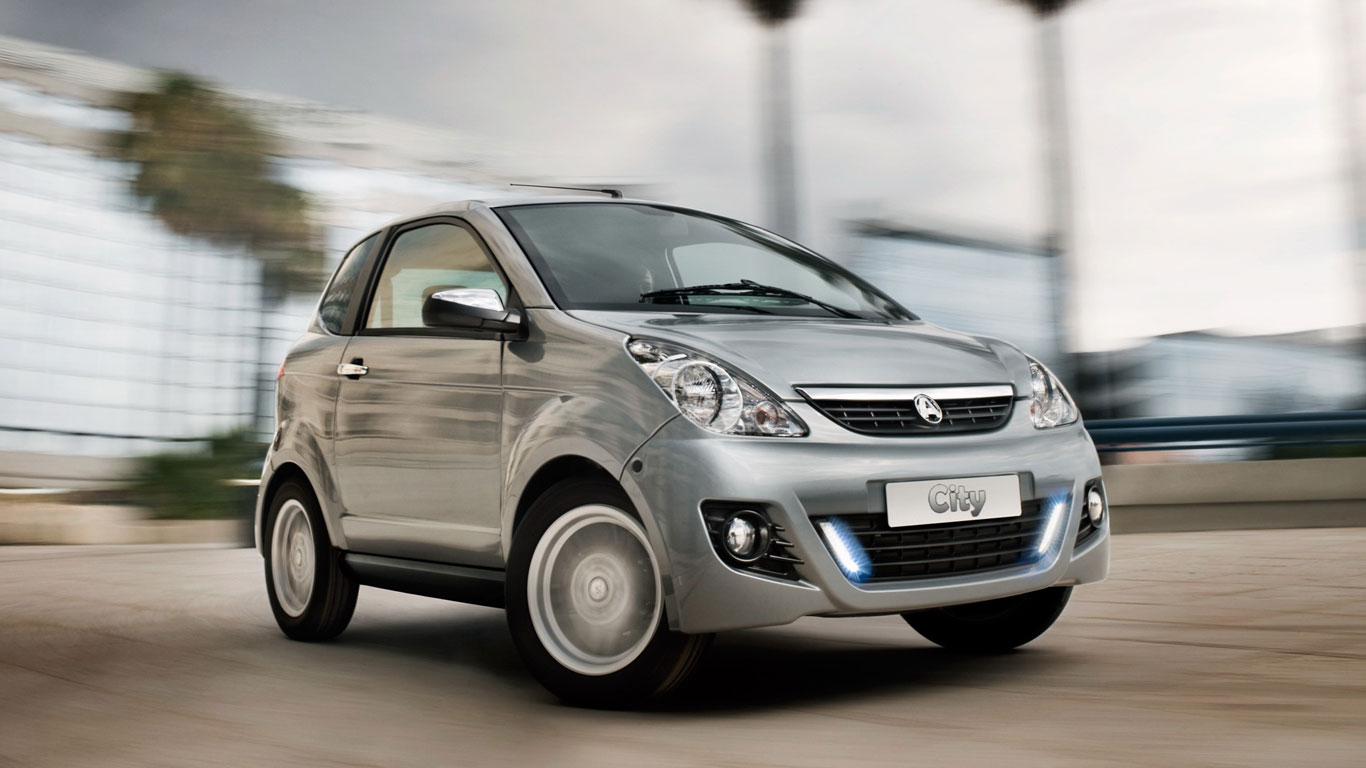 On the face of it, an average new price of £13,361 for a four-seat electric car looks like good value. But then you look at the average retained value and start to cry. After three years, the 37-mile range Mega e-City will have retained a paltry 12.4% of its original cost. Shocking.