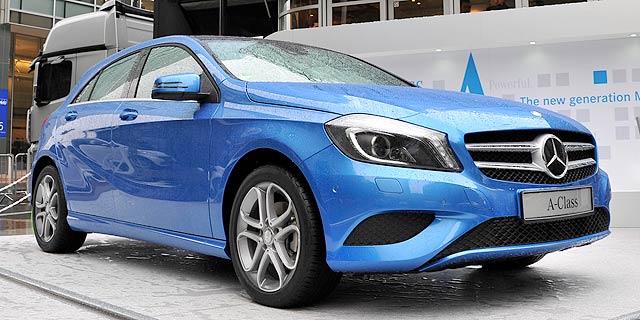 Mercedes-Benz has introduced two new models with lower CO2 emissions than ever before and economy of up to 78.5mpg.

To create them, Mercedes-Benz has essentially taken a normal A 180 CDI SE and B 180 CDI SE, lowered the weight a bit and stuck a few bits on to make them more aerodynamic.

The result is impressive – we’re talking 92g/km and 98g/km for the A and B-Class respectively. That’s a reduction of up to 9%.

How’ve they done this? Well, the grille’s slicker than the standard models and there’s a bit of underbody panelling. They’ve also lowered the suspension a bit.

It’s not all about CO2, either – fuel consumption is also improved. The A-Class will manage a combined 78.5mpg, and the B-Class 74.3mpg.