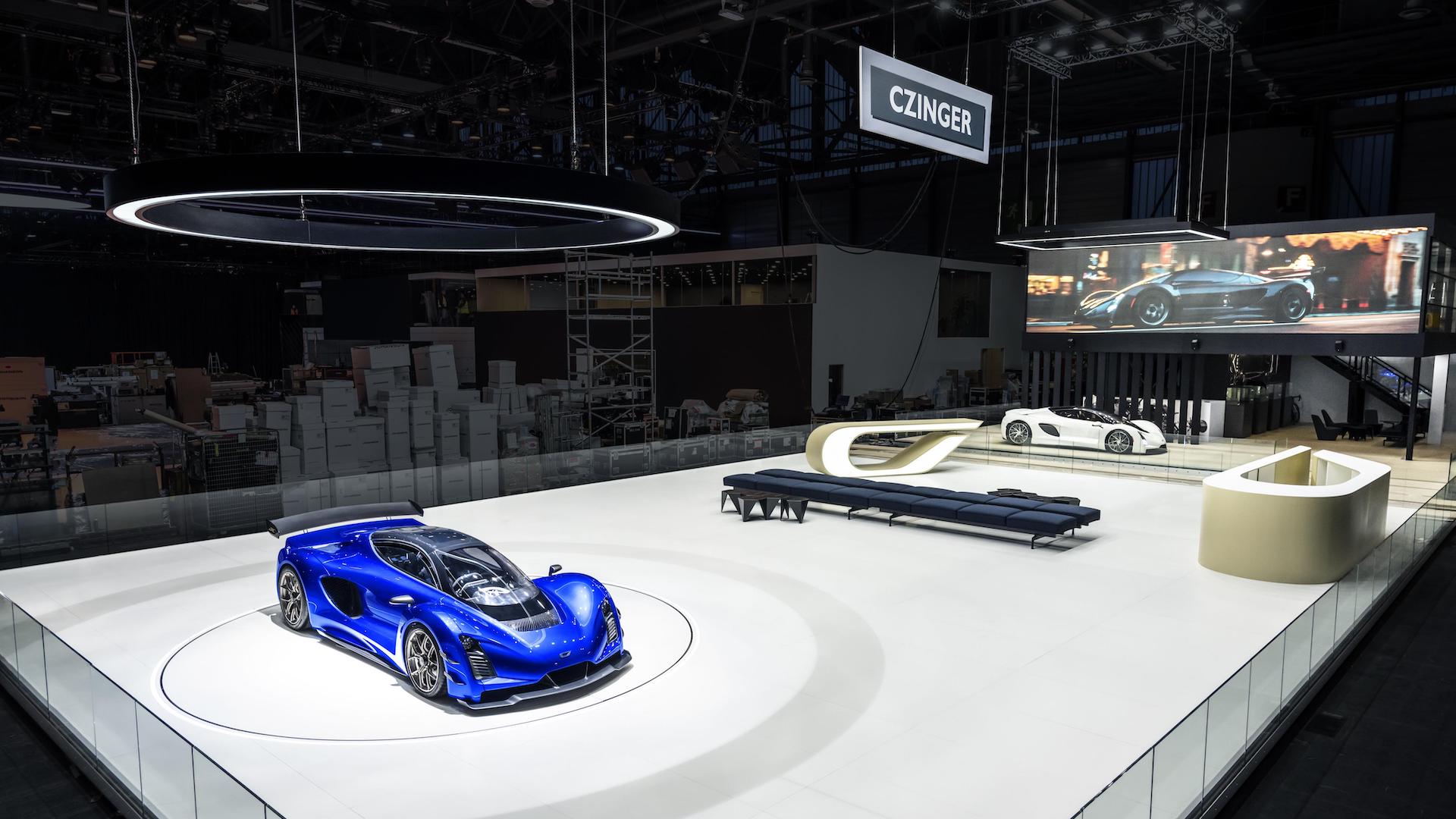 Coronavirus has caused organisers of major sporting events and shows to reconsider their options in light of Covid-19 being decalred an official pandemic.

Government restrictions on gatherings, along with measures for social distancing, have resulted in numerous cancellations.

Motoring events, motorsport competitions, and major car museums have not been spared, with this being the current list of those affected.

We will be updating it as we receive more updates. 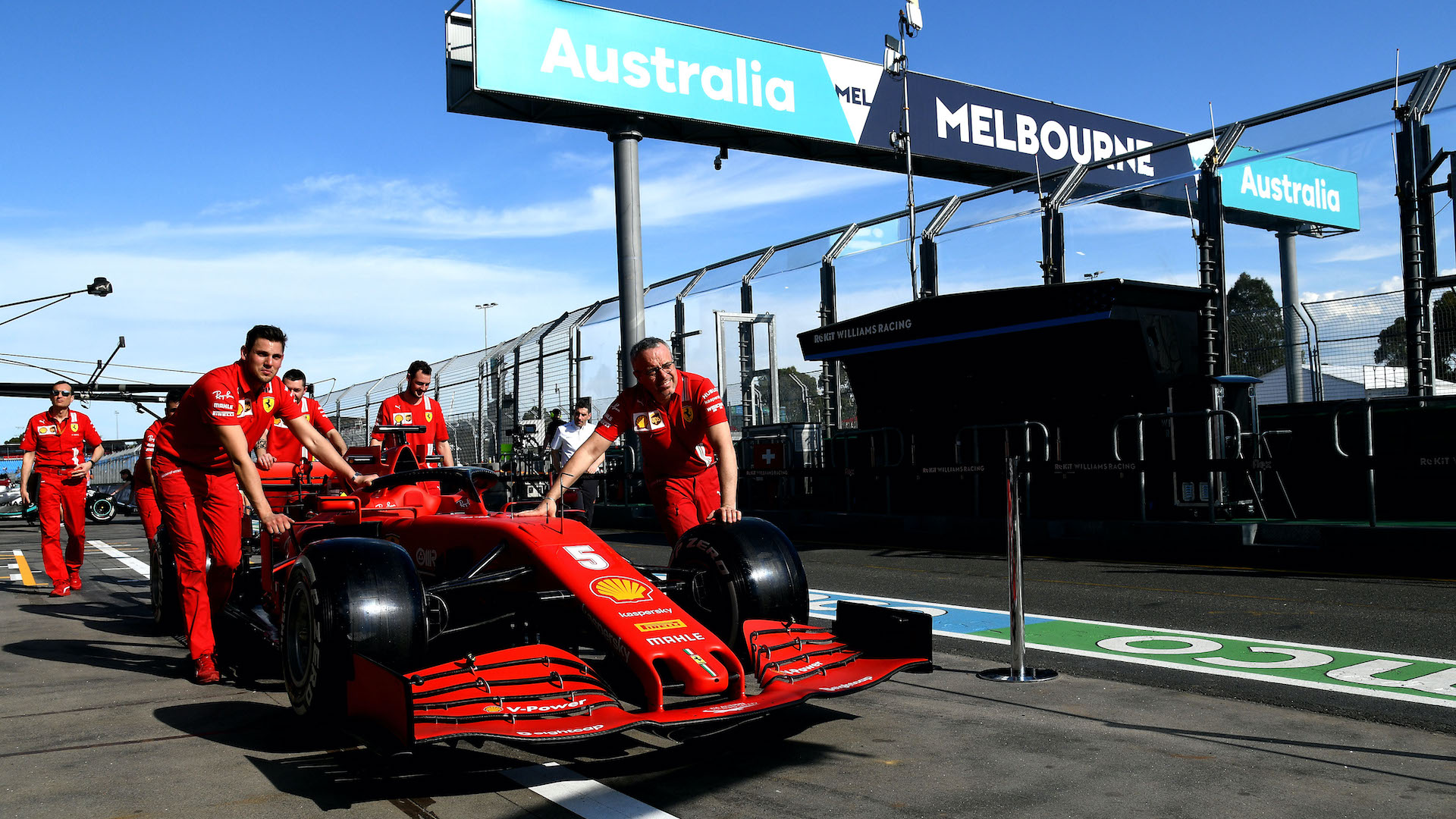 As the highest-profile motorsport series in the world, Formula 1 has already seen a number of rounds from the 2020 season affected by Covid-19.

Formula 1 administrators left the decision to cancel the scheduled opening race of the season until the very last minute. Cancellation came after a member of the McLaren team tested positive for Covid-19.

Initially intended to run without spectators on the 22nd of March, the Bahrain Grand Prix has now been postponed.

Fans from across the globe were anticipated to attend the inaugural Vietnam Grand Prix, planned for a street circuit in Hanoi. The race, scheduled for the 3rd of April, is now postponed. 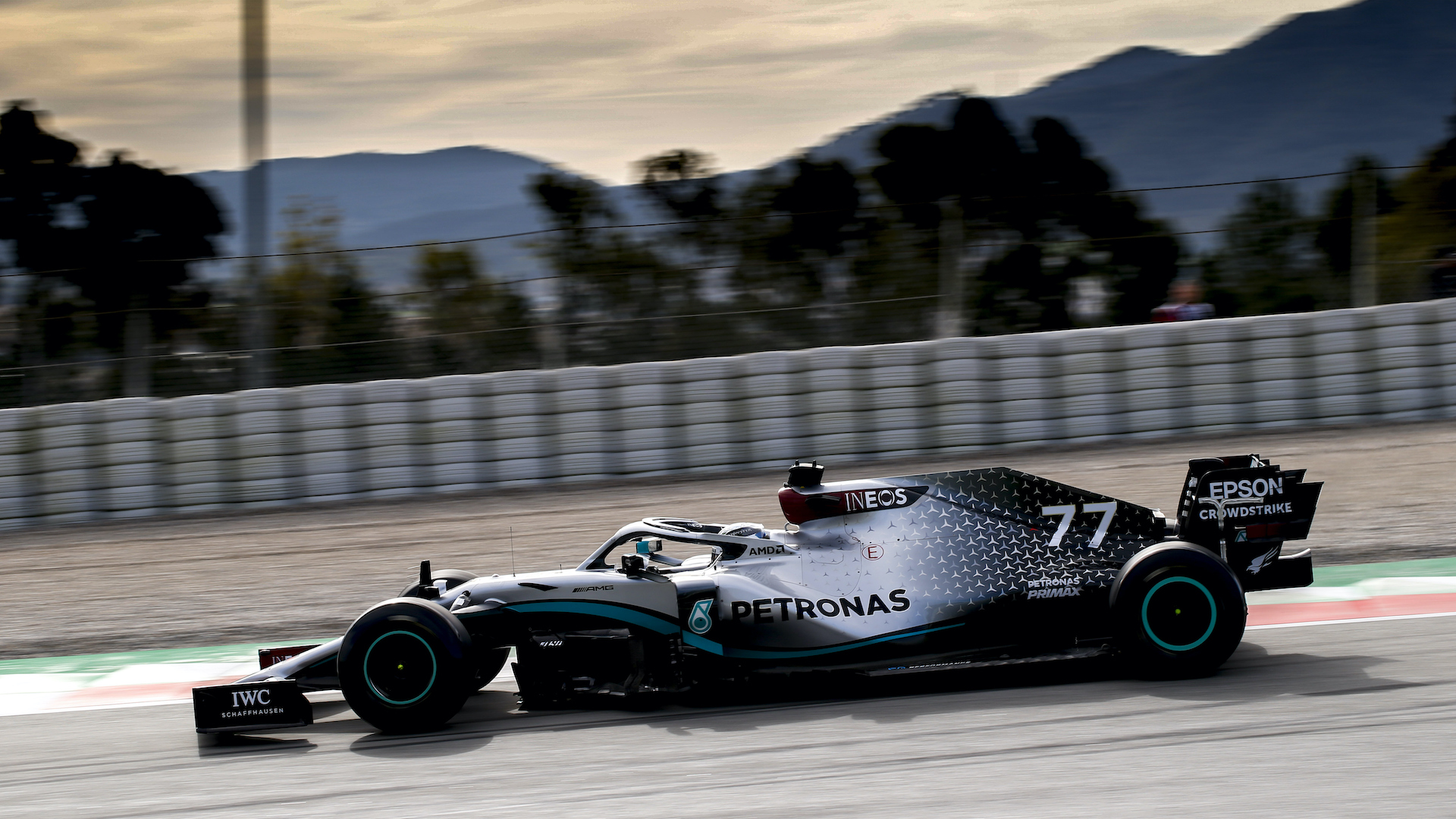 The Chinese Grand Prix was postponed before the 2020 season even began, due to the coronavirus outbreak in the country.

Returning to the F1 calendar after an absence of 35 years, the Dutch Grand Prix is now provisionally the season-opener on the 3rd of May. However, the ever-changing circumstances of the Covid-19 pandemic mean this may also be postponed.

Formula 1 administrators have not yet confirmed if, or when, the postponed races may be rescheduled to happen. 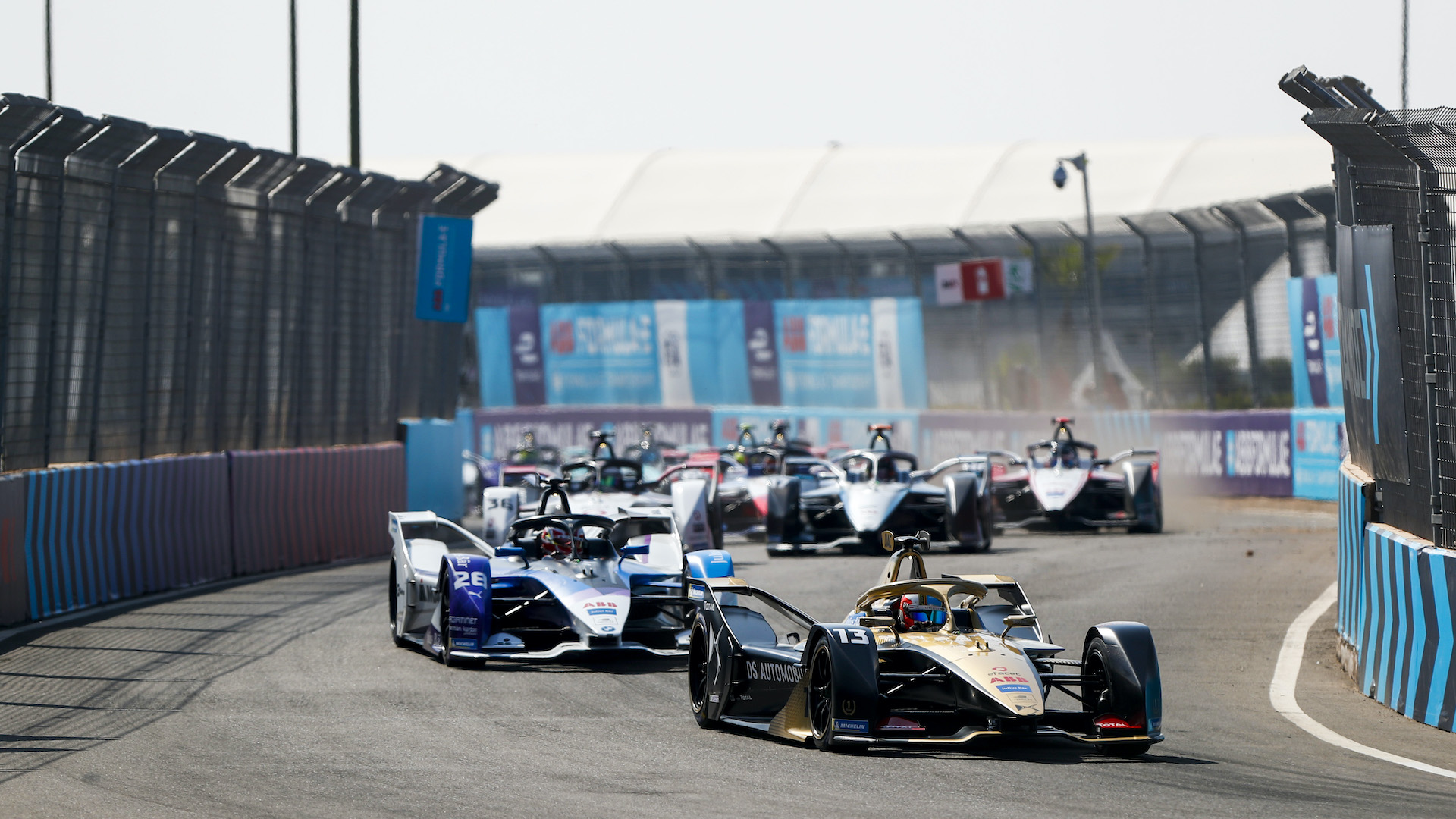 Hosting races in the middle of major cities is typically a major selling point of the Formula E experience. Such urban environments have meant Formula E organiser have acted quickly to the threat of Covid-19, suspending the 2019-20 season for two months.

This has meant five rounds of the 2019-20 season have been temporarily postponed:

Formula E administrators will consider potential dates to reschedule the postponed rounds to when safe to do so. 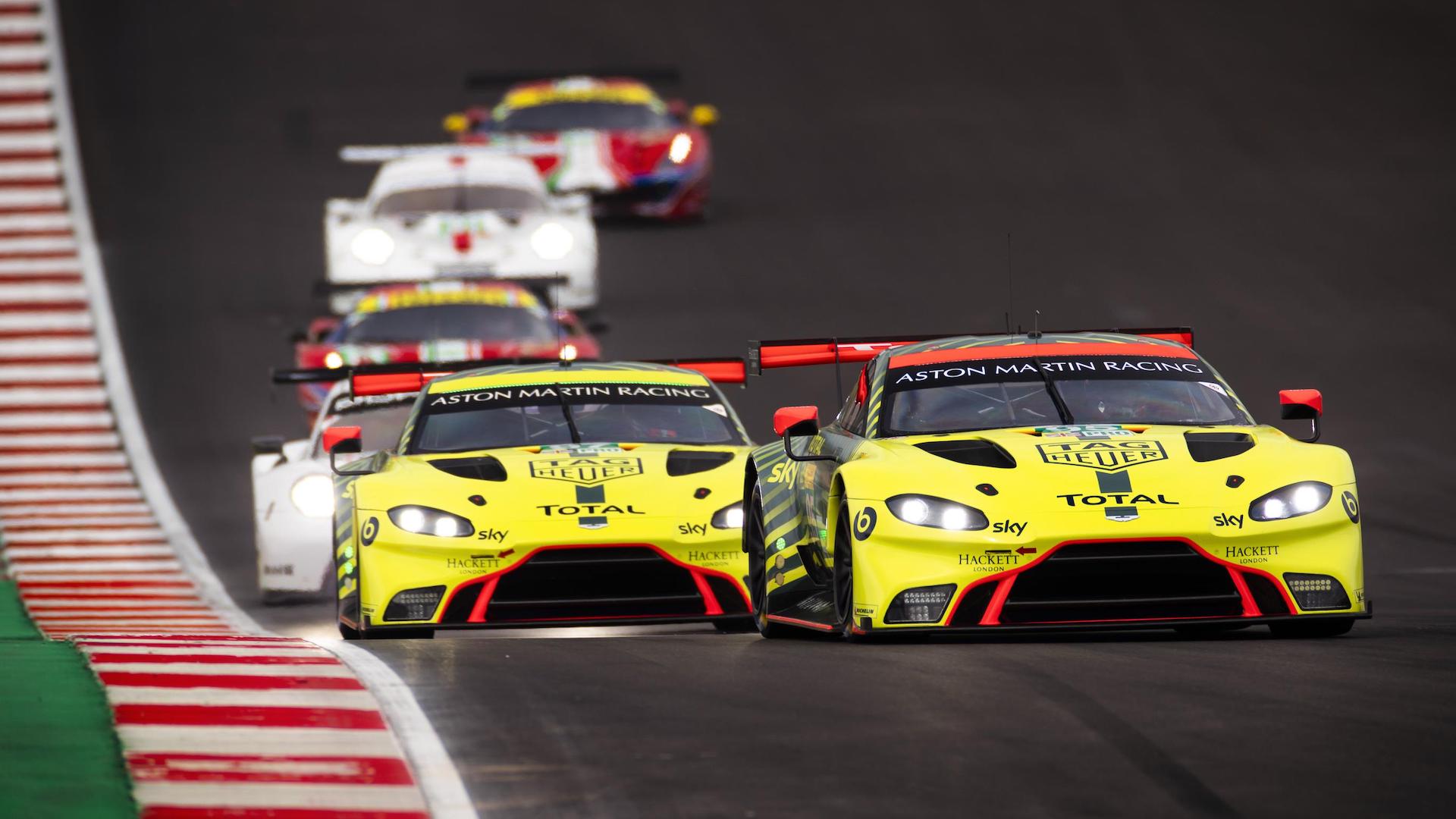 Other major championships have also been affected by the coronavirus pandemic. The ever-growing list of competitions taking action includes the following:

The sixth round of the 2019-20 World Endurance Championship should have been the 1000 Miles of Sebring on the 20th of March. However, the introduction of a travel ban on flights from Europe by the U.S. authorities caused the round to be cancelled.

Acting as support races for the Formula 1 season, the Bahrain Grand Prix should have been the opening rounds for F2 and F3 racing in 2020. The Dutch Grand Prix is now intended to be the see the first F2 and F3 action.

The third season of the World Touring Car Cup was scheduled to begin with the Race of Hungary on the 25th of April. The decision of the Hungarian government to ban gatherings of more than 500 has led to its postponement.

WTCC organisers have stated they intend to host more rounds to compensate, later in the season.

The European Truck Racing Championship shares many race weekends with the World Touring Car Championship. With an opening round planned for Hungary, truck fans will now need to wait until at least the 23rd of May for on-track action. 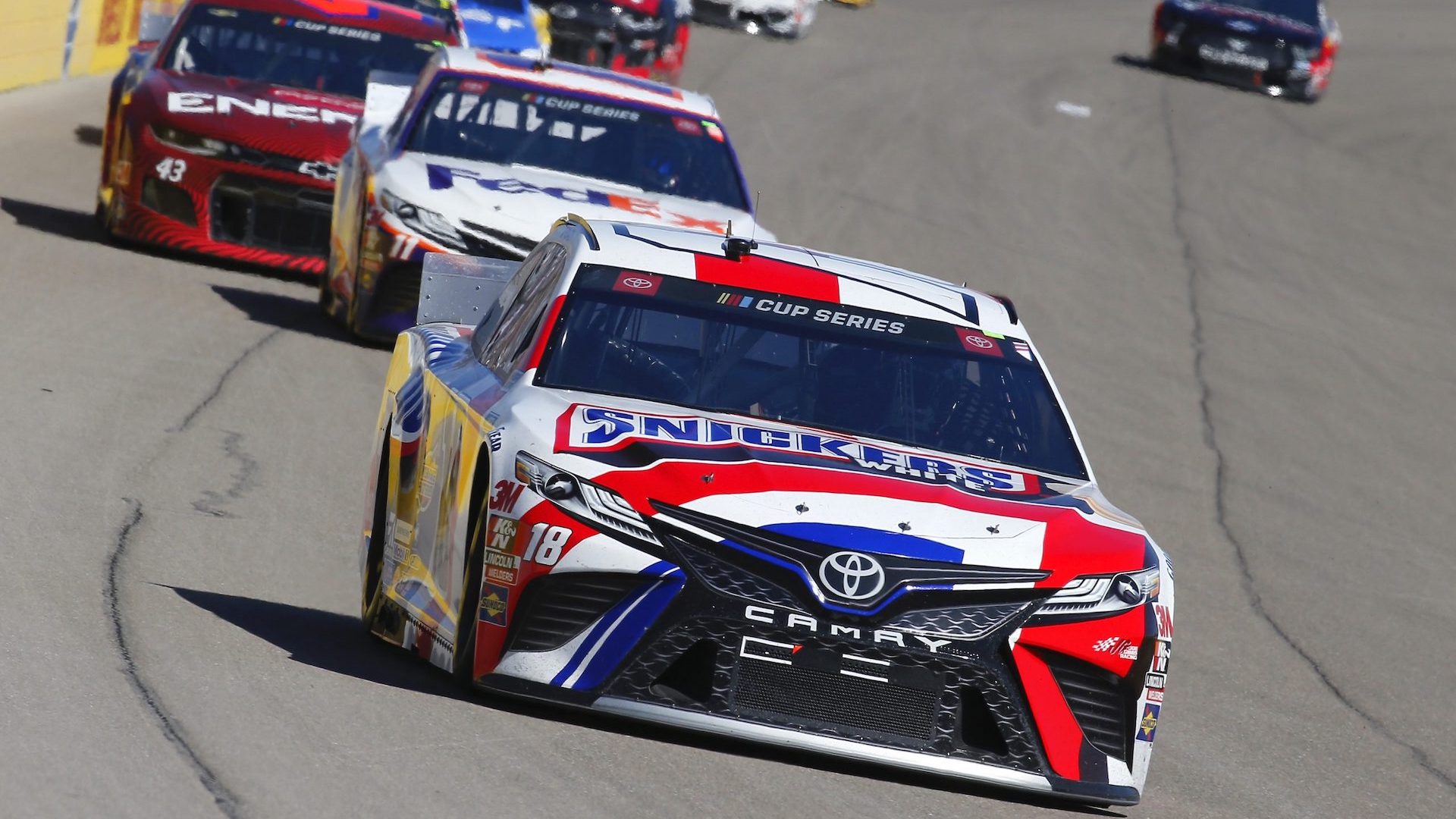 NASCAR organisers had originally intended to run the next two rounds on the 2020 calendar without fans present. Instead, the rounds planned for Atlanta Motor Speedway and Homestead-Miami Speedway have now been officially postponed.

Like NASCAR, IndyCar has planned to allow the Firestone Grand Prix of St. Petersburg to take place without fans present. Further consideration has seen the first round of the 2020 season postponed.

Rounds at Barber Motorsport Park, Long Beach, and Austin have also been cancelled or postponed. It means the season will provisionally start and Indianapolis in May.

WRC organisers decided to continue with Rally Mexico, arguing that the Covid-19 situation in the country was sufficiently safe. However, Rally Argentina has been postponed to later in the year.

BTCC organiser have stated that, at present, they foresee no changes to current calendar. Opening rounds of the 2020 season are scheduled to take place at Brands Hatch on the 29th of March. 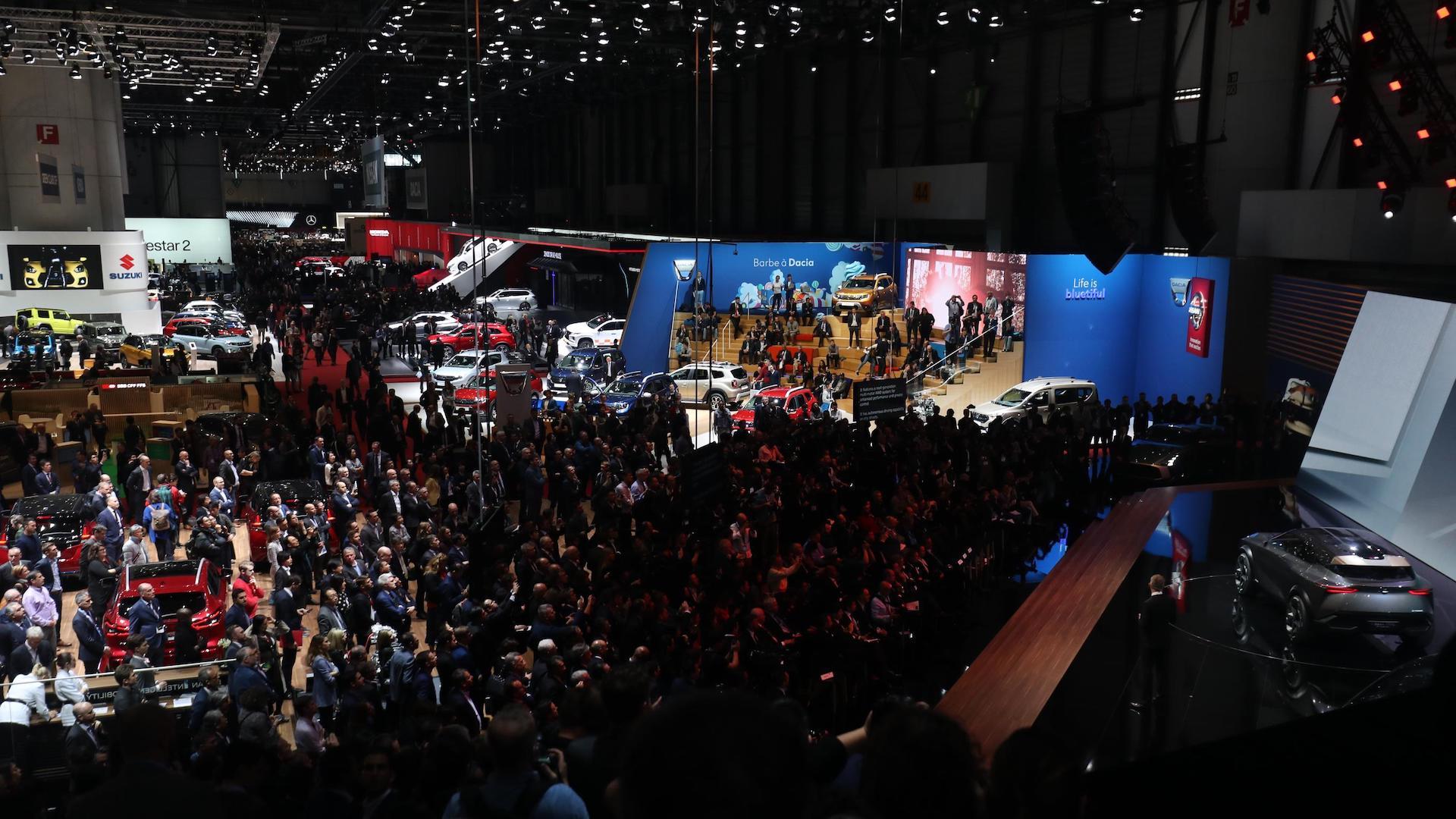 Aside from motorsport, bans on large gatherings have also seen other major motoring events cancelled and postponed.

One of the first events to be cancelled, the Geneva Motor Show was planned to run from the 3rd of March to the 15th. Organisers took a last-minute decision to cancel the show after Swiss authorities banned gatherings of more than 1,000 people.

Manufacturers then made the rapid switch to revealing new cars online in a virtual motor show.

Others, such as hypercar-maker Czinger, switched to smaller events to display their latest creations to the media.

First scheduled for the 10th of April to the 19th, New York organisers acted to move the event to the 28th of August to the 6th of September. 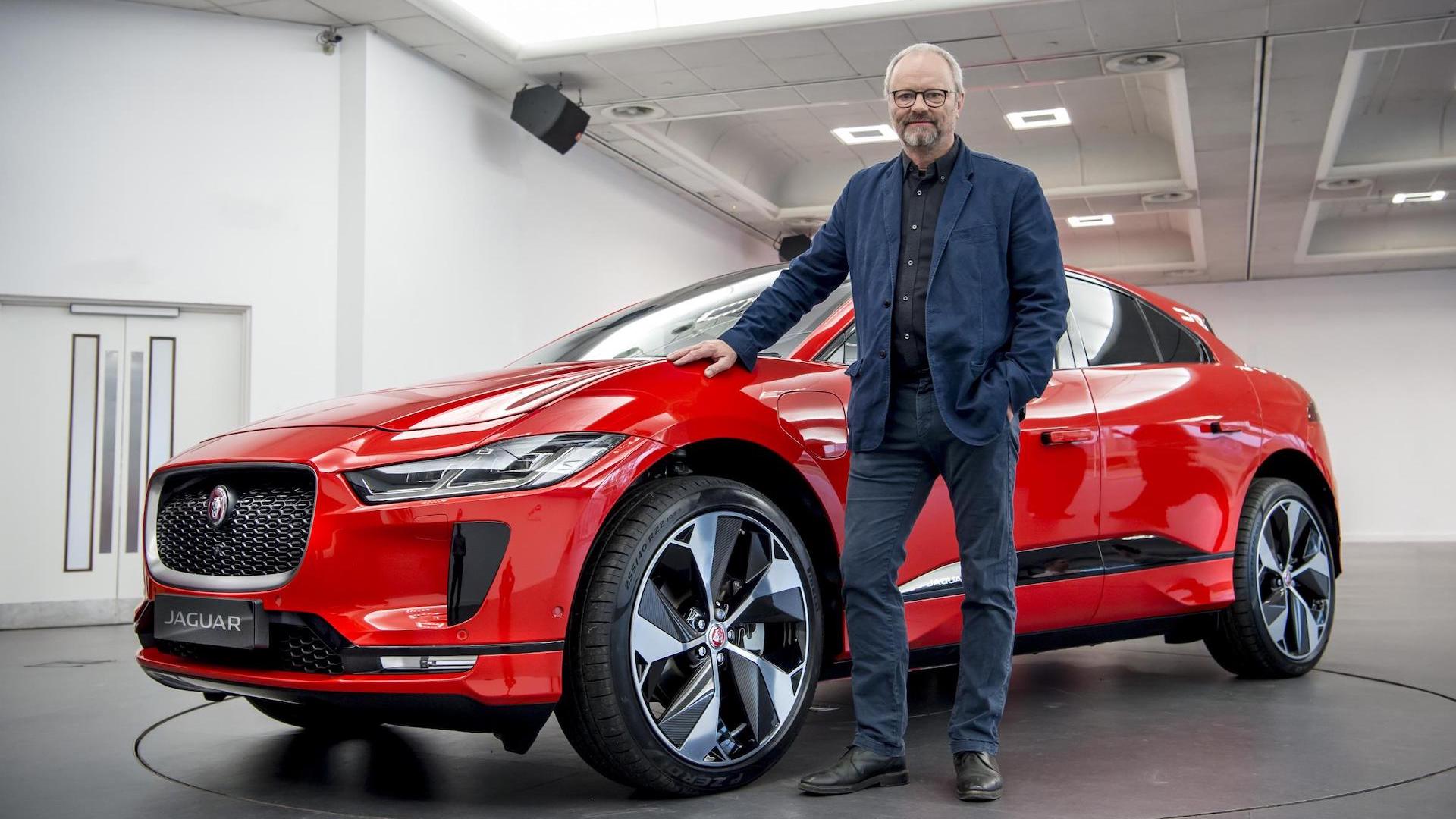 As one of the biggest shows in the UK dedicated to electric vehicles, Fully Charged Live has become of increasing importance. Due to take place on the first three days of May, organisers have taken the decision to move the event to open on the 30th of October instead.

With a series of car shows that celebrates vehicles from the 1980s and 1990s, RADwood has become a cult favourite in North America and beyond. COVID-19 has seen organiser choose to postpone all events until further notice, with plans to reschedule them later in the year.

Scheduled for the 25th to 29th of March, Techno Classica in Essen is one of the biggest classic car shows in Europe. The government of North Rhine Westphalia has banned gatherings of more than 1,000 people.

Techno Classica organisers have now proposed the 24th to 28th of June for the show. 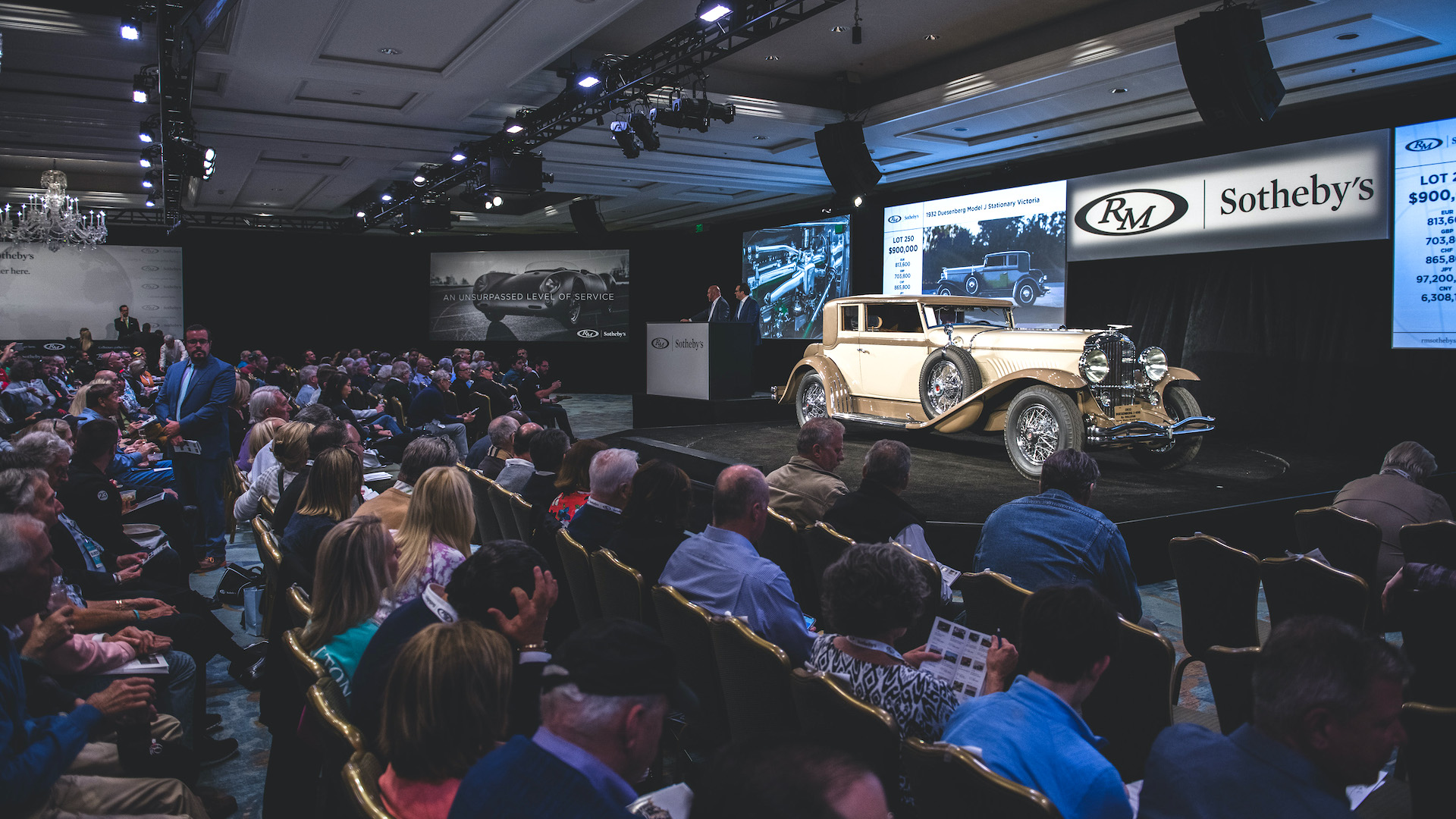 With major car auctions bringing together hundreds or thousands of enthusiasts, many of these have been affected by the coronavirus pandemic.

Due to be held as part of the Techno Classica show, Coys has now released a number of cars intended to be auctioned for immediate sale instead.

Also due to take place at Techno Classics, RM Sotheby’s collector car auction has been rescheduled to coincide with the reorganised event.

Initially planned to be held at Palm Beach International Raceway in Florida, RM Auctions have taken the decision to move the auction to an online-only event. Some 350 cars are still scheduled to cross the block on the 20th and 21st of March.

Scheduled for the 16th to 18th of April, Barrett-Jackson has opted to postpone the auction. With more than 60,000 people attending the sale, the decision was taken to protect staff and attendees. 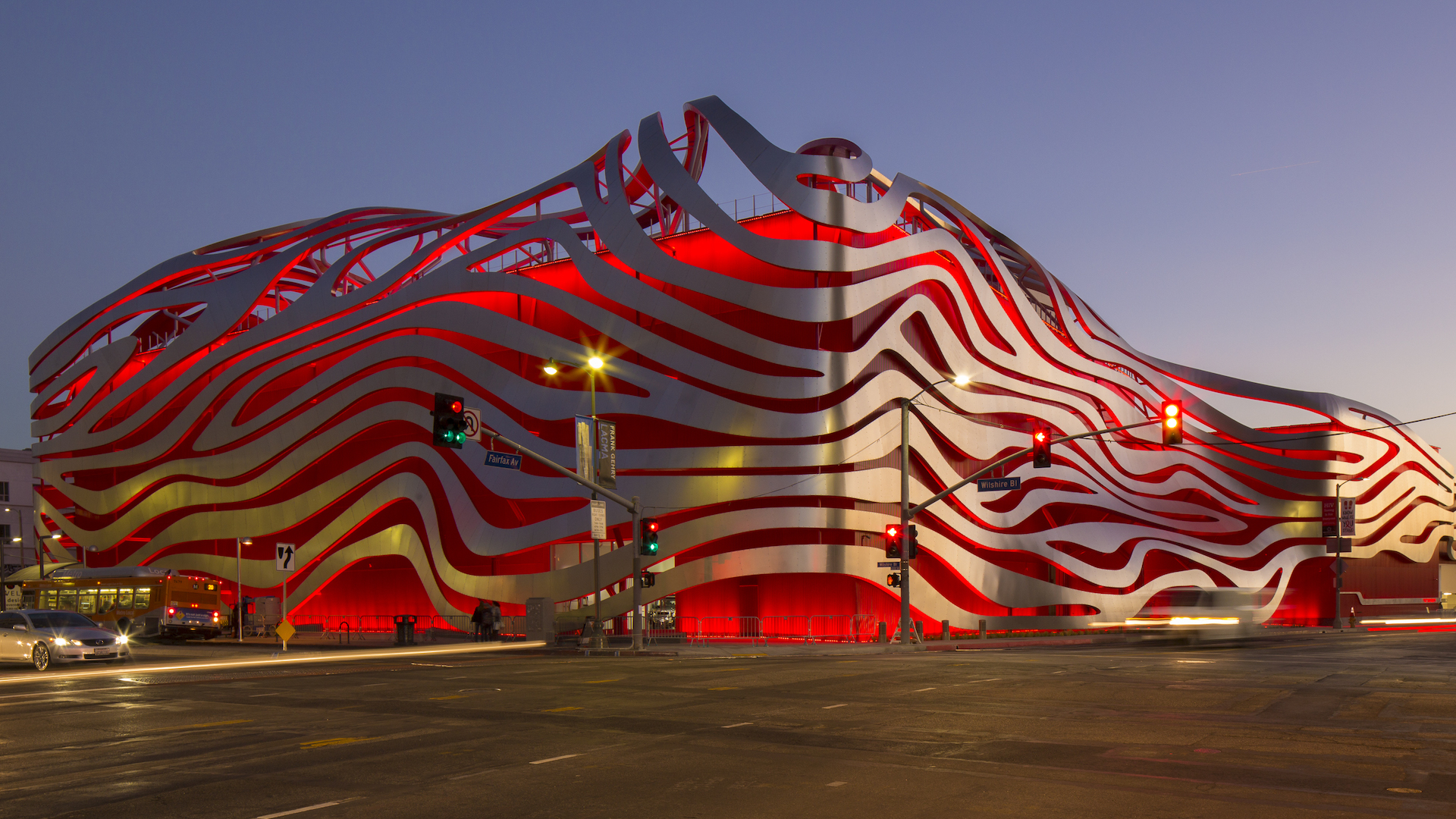 Based in Los Angeles, the Petersen Automotive Museum has taken several steps to protect the safety of visitors. This includes increased cleaning, adding hand-sanitizing stations, and also closing interactive exhibits and touchscreens.

Located just outside the main Daimler factory in Stuttgart, the official Mercedes-Benz Museum has been closed until further notice.

Daimler AG has also postponed the Annual Shareholders’ Meeting, scheduled for the 1st of April, until July 2020.

Also located in Stuttgart, the Porsche Museum has also been closed until further notice. Porsche states it will provide alternative arrangements for pre-booked guided tours when possible.

The gigantic Volkswagen Autostadt attraction in Wolfsburg is currently closed. 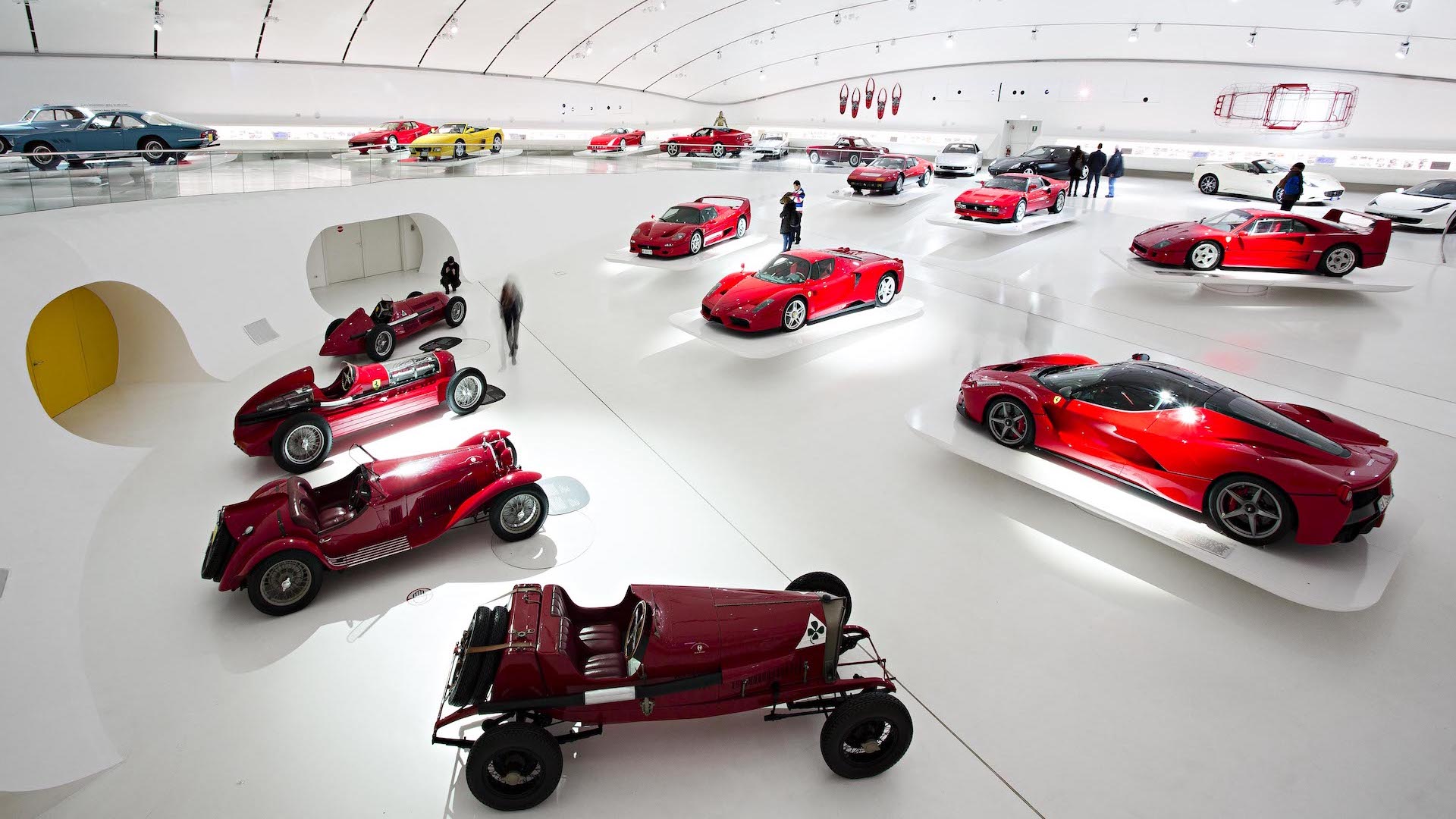 With all of Italy now placed under ‘lockdown’ conditions, the Maranello museum showcasing the history of Ferrari is closed until the 3rd of April.

Ferrari’s museum in Modena is also closed until the 3rd of April.

Google Maps Street View does offer a ‘walking tour’ of both Ferrari museums, should you wish to experience them virtually.

Like Ferrari, Lamborghini is at the centre of Italy’s coronavirus outbreak. The museum, adjacent to the factory, is closed until the 4th of April.

The company has also taken steps to stop production at the Sant’Agata until the 25th of March, as part of plans to halt the spread of the virus.

Abu Dhabi has acted to close all major tourist and cultural venues for two weeks between the 15th and 31st of March. This includes the Ferrari World theme park, which sits alongside the Yas Marina circuit used for Formula 1.