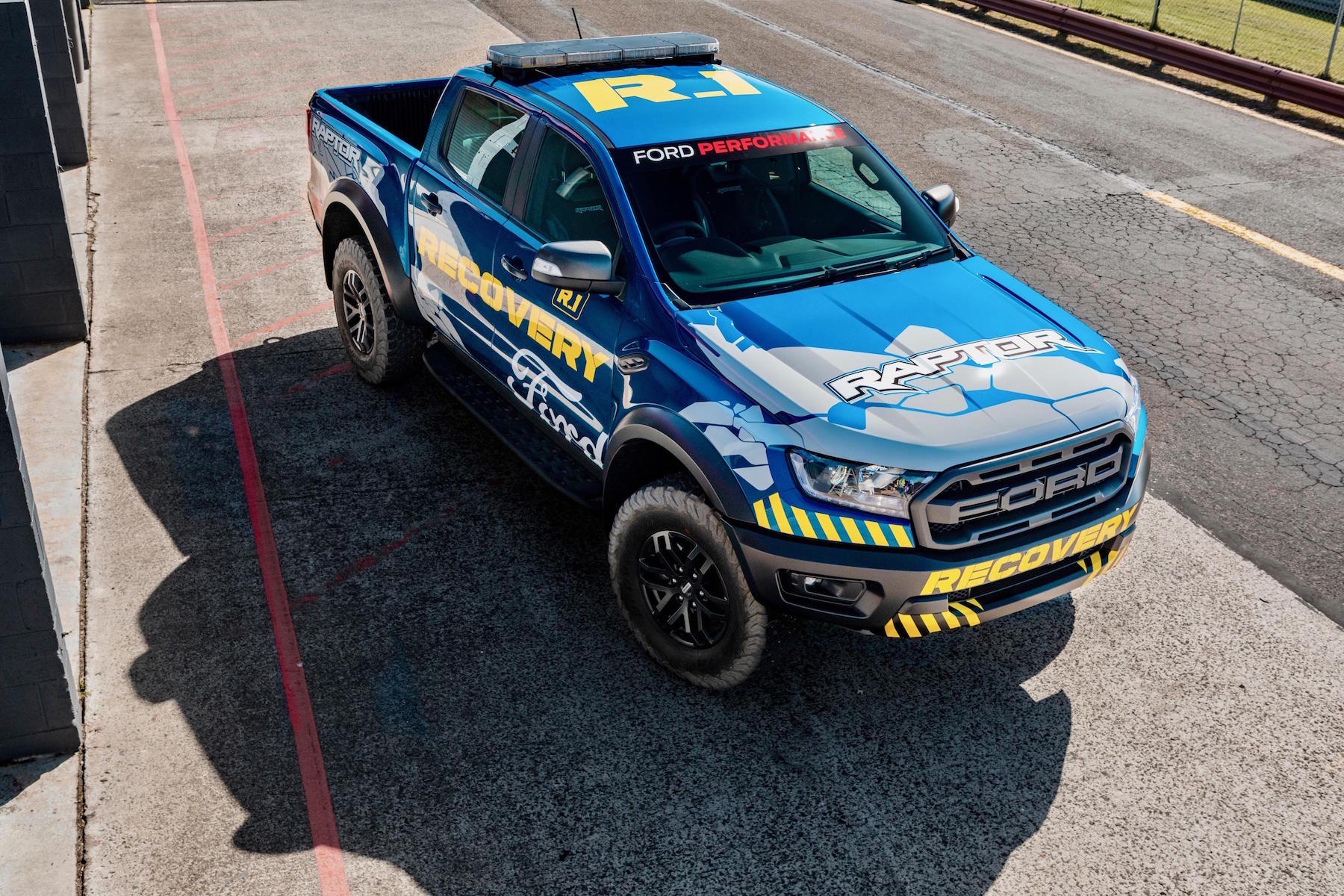 Being brand-new doesn’t excuse the Ranger Raptor from earning its keep, and Ford Australia has found a job perfectly suited to the powerful pick-up truck.

The Virgin Australia Supercars Championship represents the peak of touring car racing in Australia, with a field of Fords, Holdens and Nissans battling it out on track.

Such close competition often results in cars deposited in gravel traps, requiring someone (or something) to remove them. 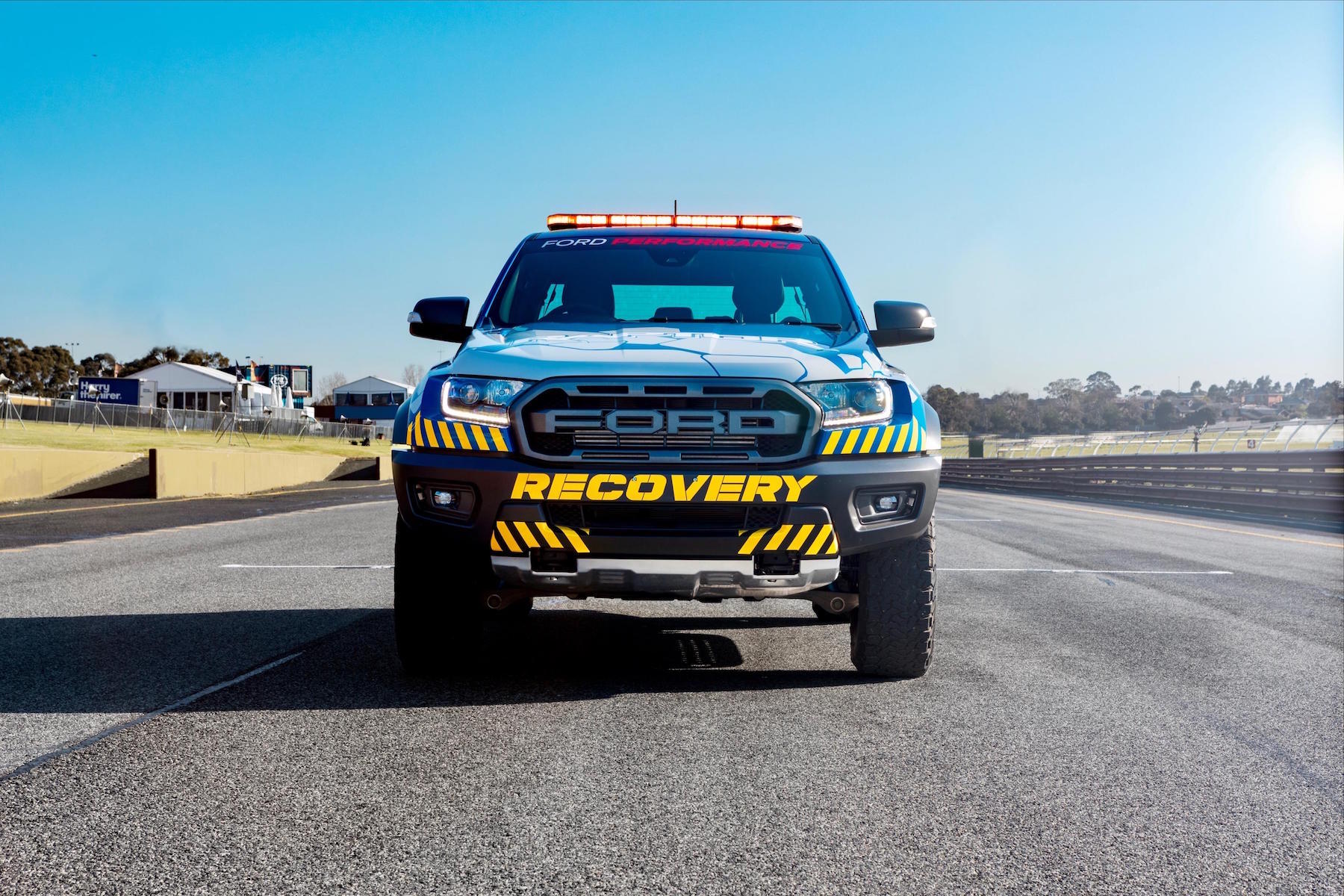 With standard four-wheel-drive, huge ground clearance from the 33-inch BF Goodrich tyres, and 369lb ft of torque the Raptor is ready-made for rescue work.

In fact, Ford has hardly had to modify the Ranger Raptor before becoming the Official Recovery Vehicle of the Supercars Championship.

Changes are limited to a communications radio for keeping in touch with race control, and a GPS transmitter to help pinpoint where the Raptor is on track. An eye-searing fluorescent livery helps the Ranger to remain visible, as does the light bar mounted to the roof. 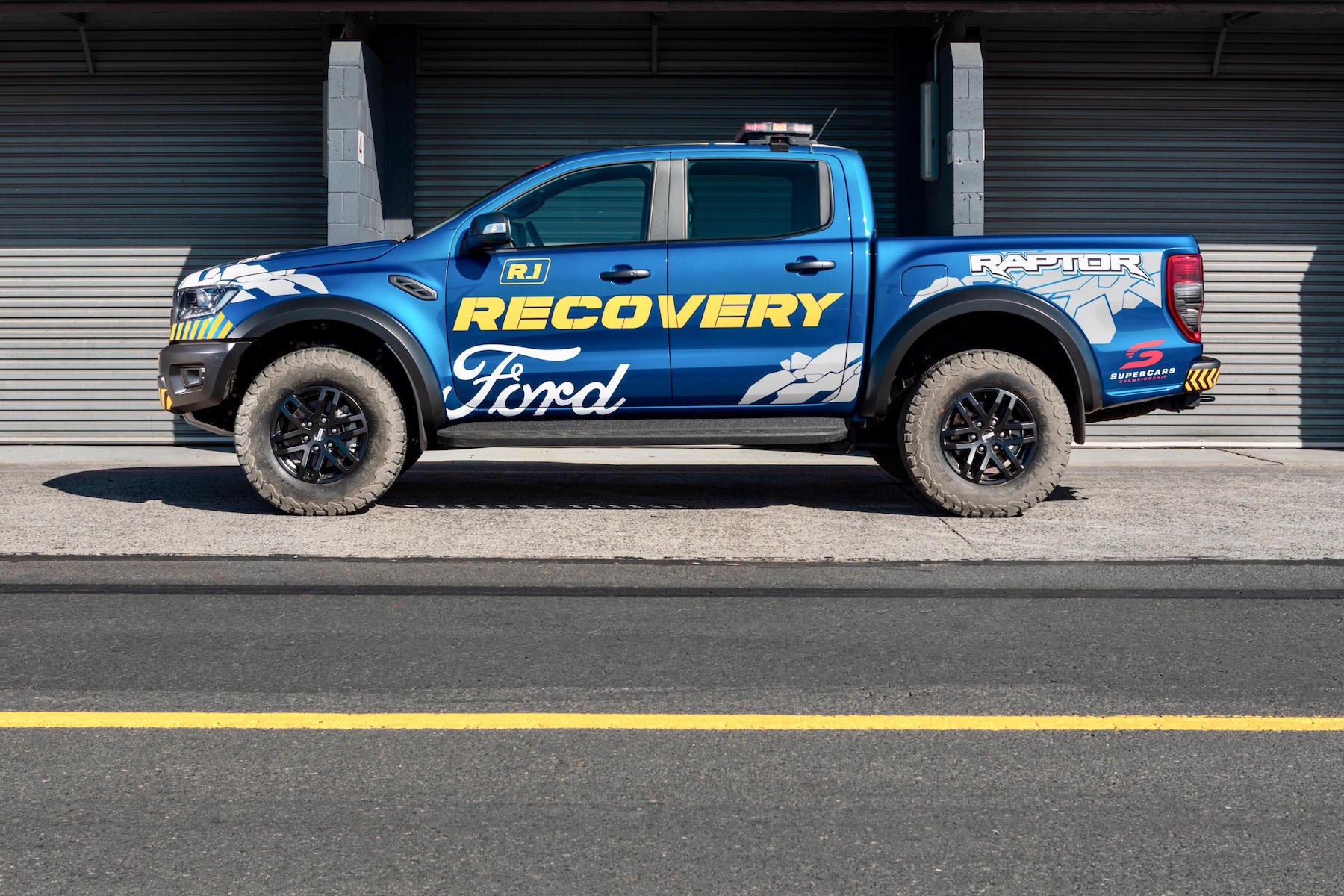 Mechanically everything remains the same, with the same twin-turbo 2.0-litre diesel engine mated to a ten-speed paddle shift gearbox. Even the towing points are kept the same as when the Raptor left the factory.

Being able to engage Baja mode from the Terrain Management System, designed for use in the roughest off-road scenarios, should be more than sufficient for working in gravel traps. Towing stranded cars will be aided by the option of switching the 4WD system to low range.

Ford will be putting the Ranger Raptor to recovery work this weekend, starting with the Sandown 500 endurance event. This will be a dress rehearsal for next month’s blue ribbon Bathurst 1000 event, held at the legendary Mount Panorama circuit. 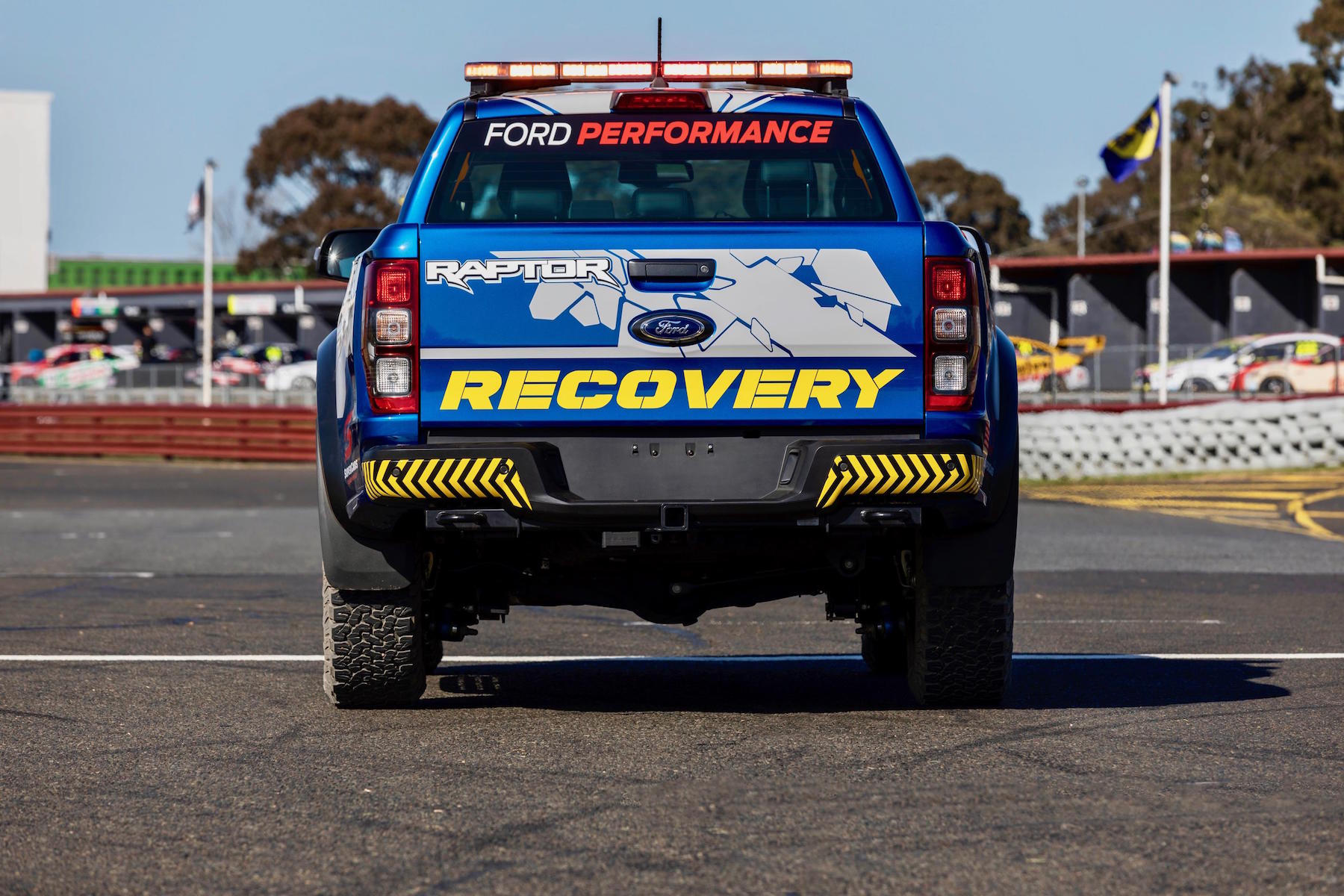 Australian buyers are able to order a new Ranger Raptor right now, whilst European customers have to wait until 2019 before getting their hands on one.

Xbox One owners will get an early chance to experience the Ranger Raptor in the forthcoming Forza Horizon 4 game.