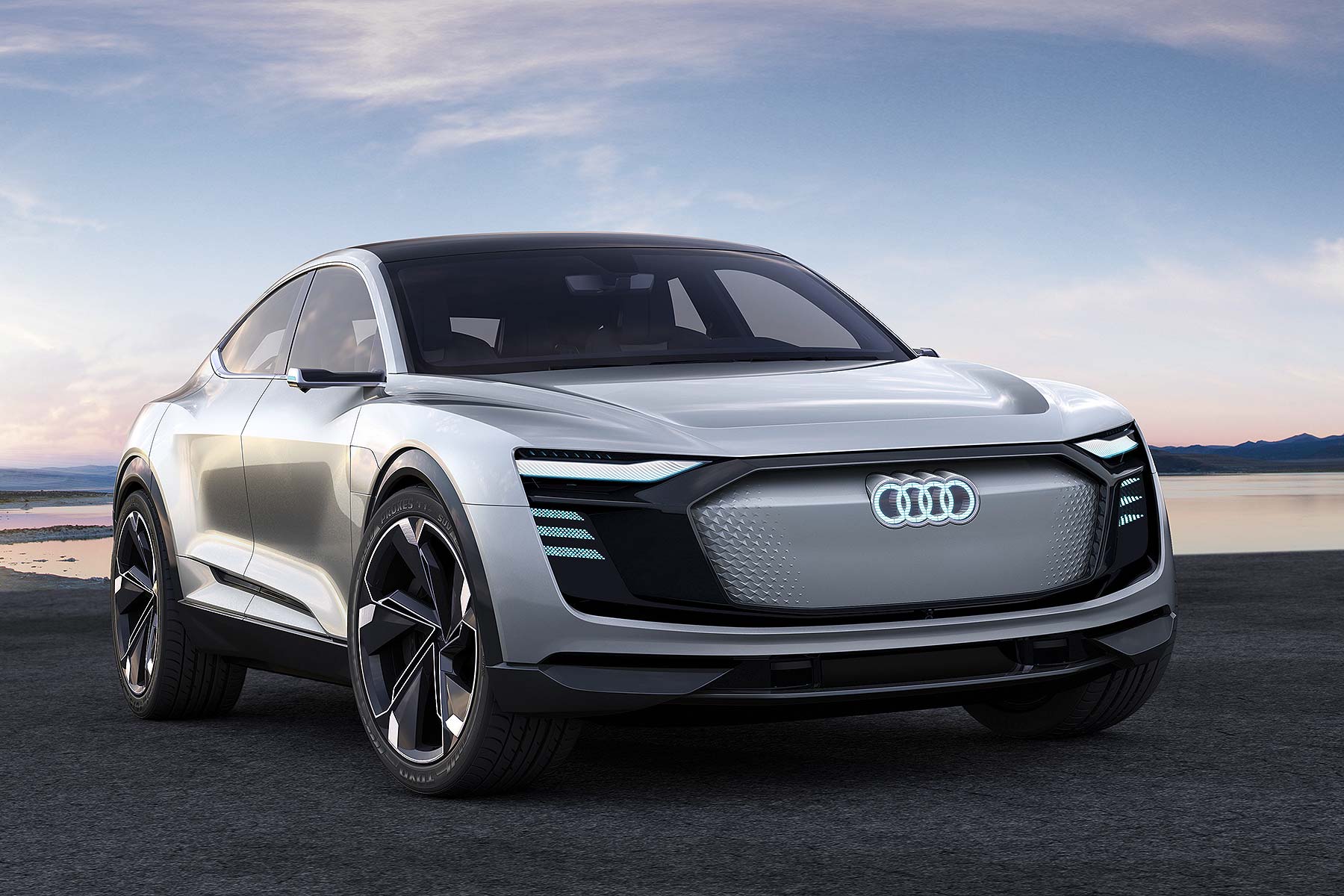 Both cars will be upscale, luxurious SUVs: it had been thought the e-tron would be called Audi Q6, until the firm confirmed the e-tron branding.

Like the e-tron, the e-tron Sportback will be a large, four-door SUV, albeit one boasting more of a coupe-like profile; think of it as an A7 Sportback SUV. Audi says it will pack a 320kW electric drivetrain – that’s 435hp – and is expected to boast a range of over 300 miles.

Audi won’t stop here, either – a third e-tron model is expected before 2020, and this one will likely be derived from the new Volkswagen Group MEB electric car architecture; it will thus be rather more affordable than the e-tron SUVs…