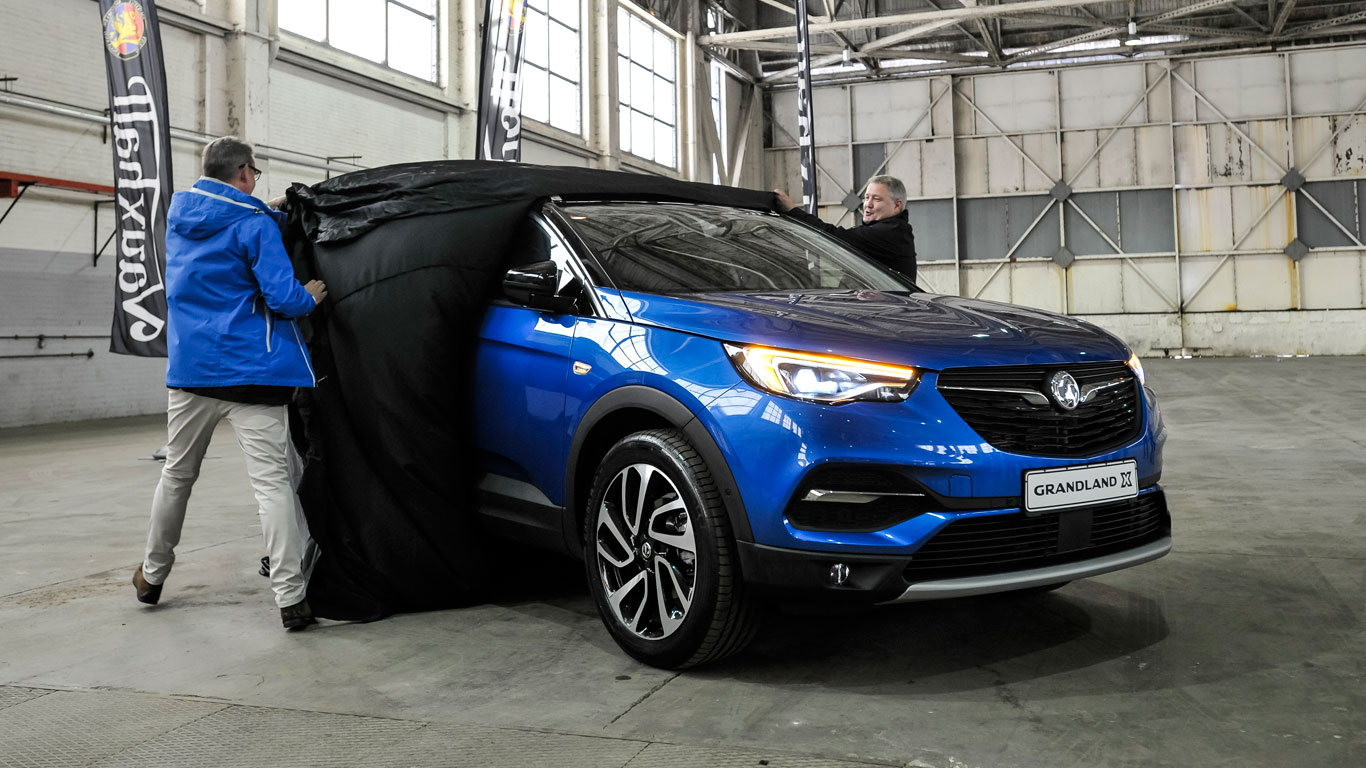 The new Seat Ateca-rivalling Vauxhall Grandland X is set to make its public debut at this year’s frankfurt Motor Show – but we’ve been given early access to a prototype model ahead of its official reveal in September.

The latest model in Vauxhall’s current SUV offensive, the Grandland X follows in the wake of the smaller Crossland X, which was revealed in January and shares a platform with the Peugeot 2008.

Sharing underpinnings with the larger Peugeot 3008, the Grandland X will be the biggest SUV in Vauxhall’s range. At 4,477mm long, it’s marginally bigger than the Nissan Qashqai and Seat Ateca – while its 1,844mm width, 1,636mm height and 2,675mm wheelbase translates into a spacious interior. With the rear seats left up, the boot can accommodate 514 litres of luggage – that puts the Qashqai’s 430 litres to shame.

The interior looks typically Vauxhall – with a dash that could have been lifted directly from the latest Astra or Insignia, centred around the brand’s latest IntelliLink touchscreen infotainment system (which comes with Apple CarPlay and Android Auto as standard). Vauxhall’s OnStar concierge system will be on hand, while mobile phone charging will also be offered.

When the Grandland X goes on sale after September’s Frankfurt Motor Show, buyers will get a choice of just two engines from the Peugeot 3008: a 1.2-litre petrol turbo producing 130hp, and a 1.6-litre turbodiesel with an output of 120hp. Both engines are available with a choice of a six-speed manual or six-speed auto gearbox, while all models will be front-wheel-drive – although Peugeot’s Grip Control will be available as an option. This lets the driver select between five modes – including mud, snow and sand – to optimise torque between the front wheels to improve traction in slippery conditions.

When you can buy a Nissan Qashqai from £19,295, the base-spec Grandland X might appear expensive – but its higher start price is reflective of its high amount of standard spec, with even the Tech Line featuring 18-inch alloys, OnStar and an eight-inch infotainment system.

Orders will open after its public debut at Frankfurt, with deliveries starting early in 2018.

The Toyota Camry is making a comeback – as a hybrid

After 14 years, the world’s best-selling saloon is back in the UK
Read more

Hyundai i30 N gets more attitude with ’N Option’ accessories

Is this Europe’s best car museum?

The UK Government has announced that it will provide £2.5 million for an additional 1,000 EV charge points on residential streets.
Read more