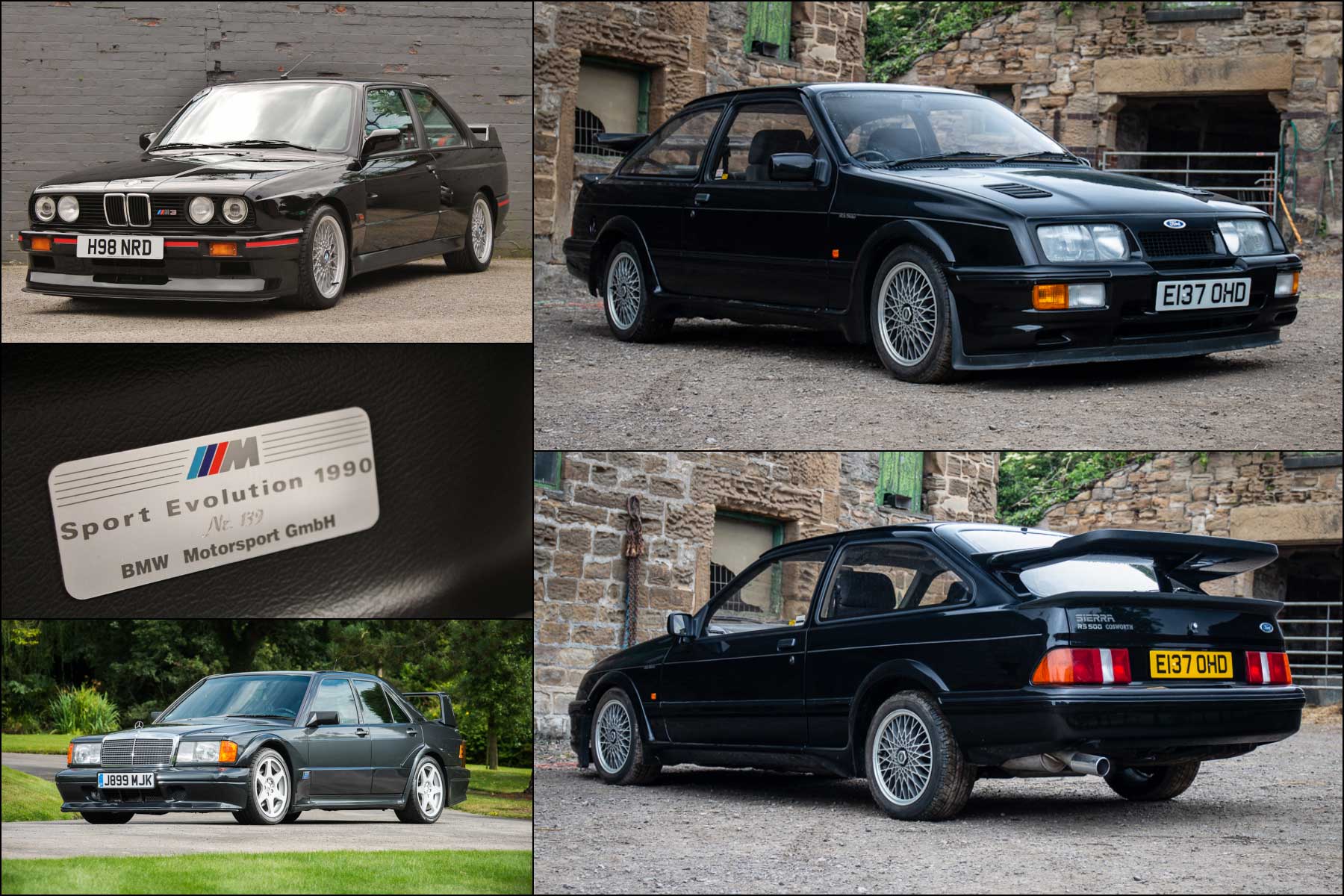 Modern touring car racers only need to give a minimal nod to their road-going counterparts. But cast your mind back three decades and things were very different.

‘Group A’ regulations required manufacturers to build a set number of homologation models to ensure the cars used on track had resemblance to racing machinery. The result was an array of thinly disguised competition cars taking to the streets, and ones which are attracting a lot of attention at auction.

The forthcoming 2018 Silverstone Classic Sale sees three examples of homologation specials from the glory days of touring car racing up for grabs. We have profiled the three cars below, along with the estimated auction price, which includes relevant fees and taxes. 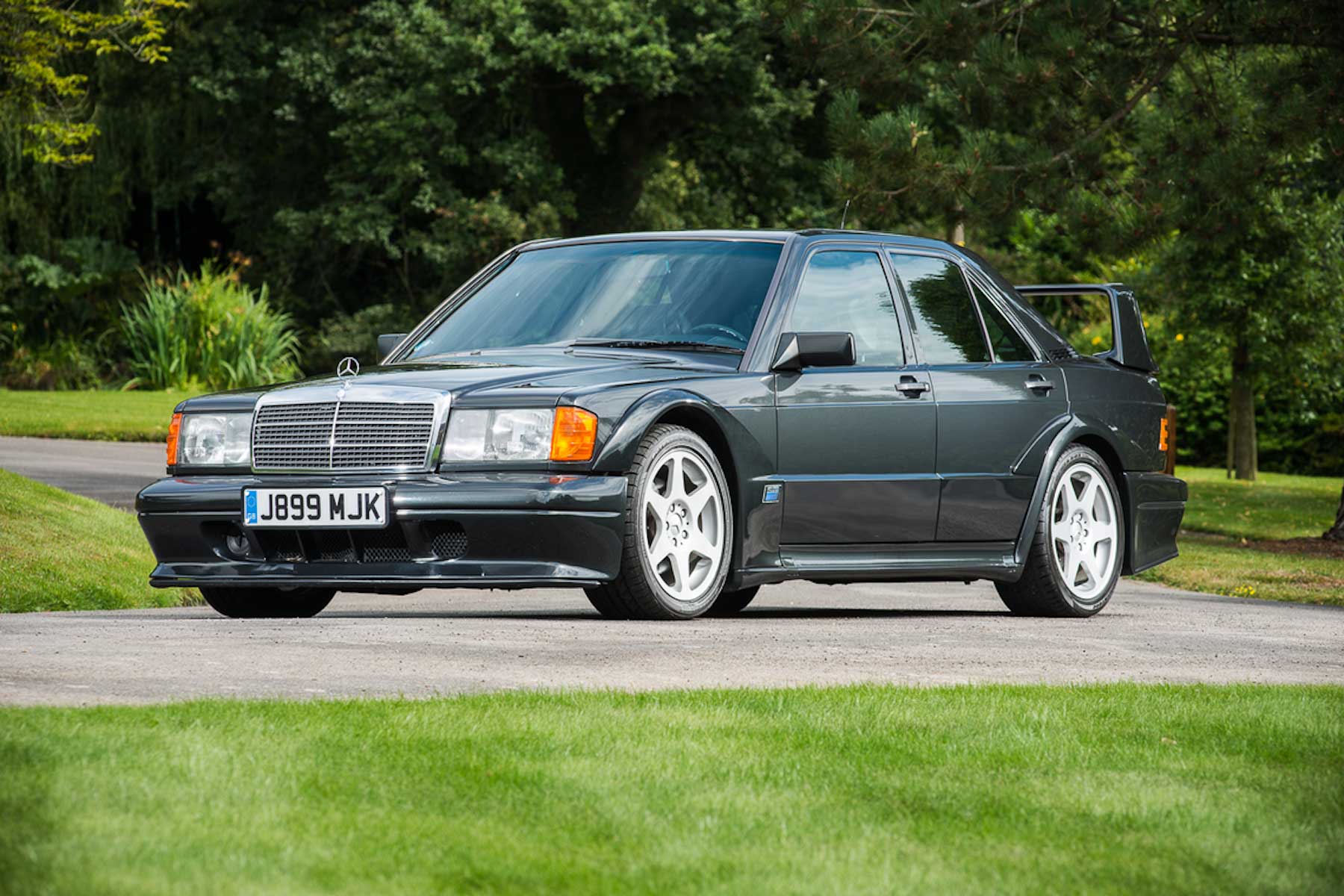 It’s the one with the biggest price estimate, and also the one with the wildest rear spoiler of the trio. Built to let Mercedes compete in the German DTM championship, just 502 examples of the ‘Evo II’ were built to help the Stuttgart company keep pace with BMW.

The distinctive body kit is the most obvious addition to the 190 E saloon, with the giant rear appendage matched with a front splitter and wheel arch extensions. All were optimised for aerodynamic performance on track, and matched with the 235hp 2.5-litre four-cylinder 16-valve engine built by Cosworth.

A top speed of 155mph and 0-62mph in 7.1 seconds were rather impressive for the early 1990s. Adjustable suspension was standard, allowing the ride height to be adjusted at the press of a button from the leather-clad interior. 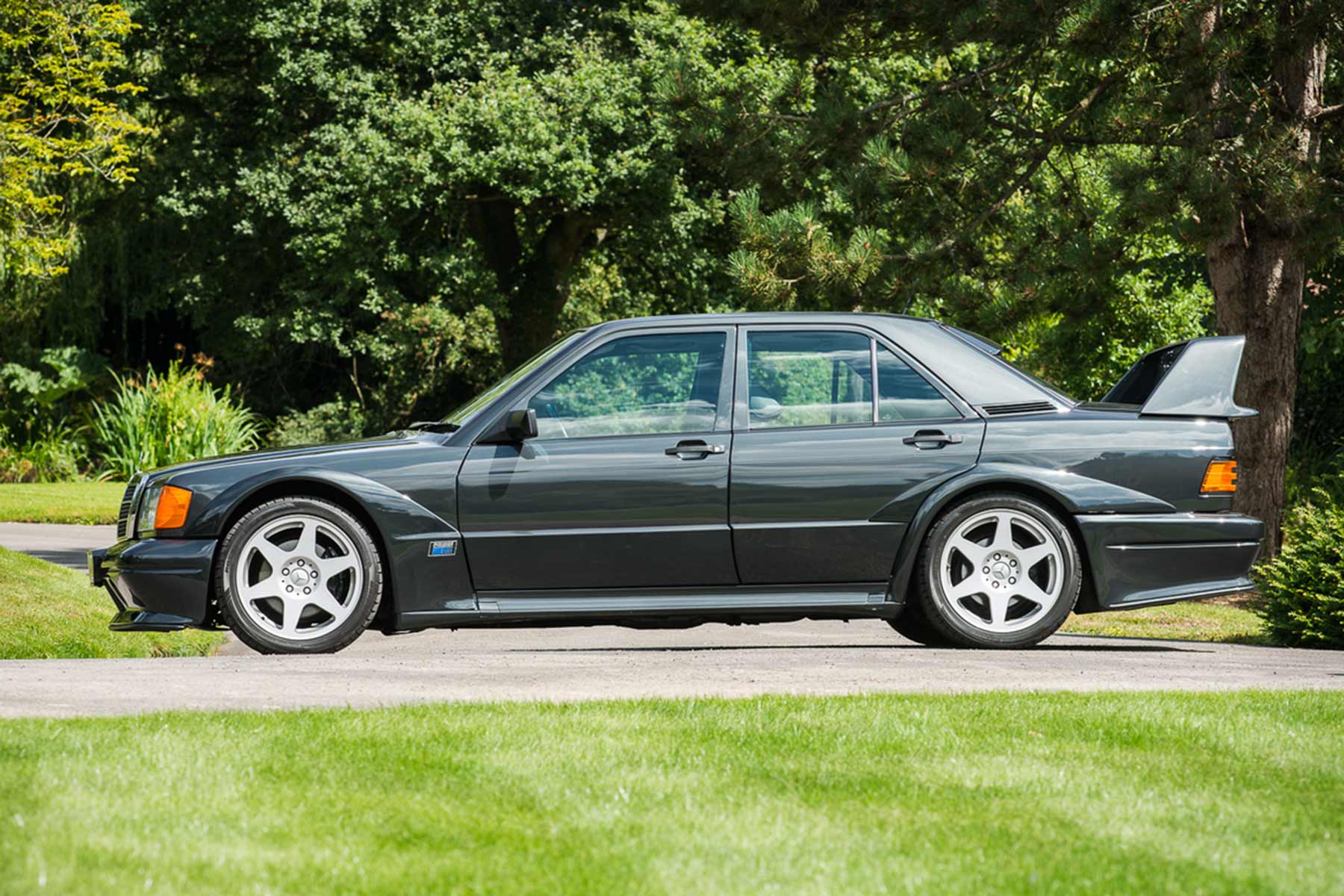 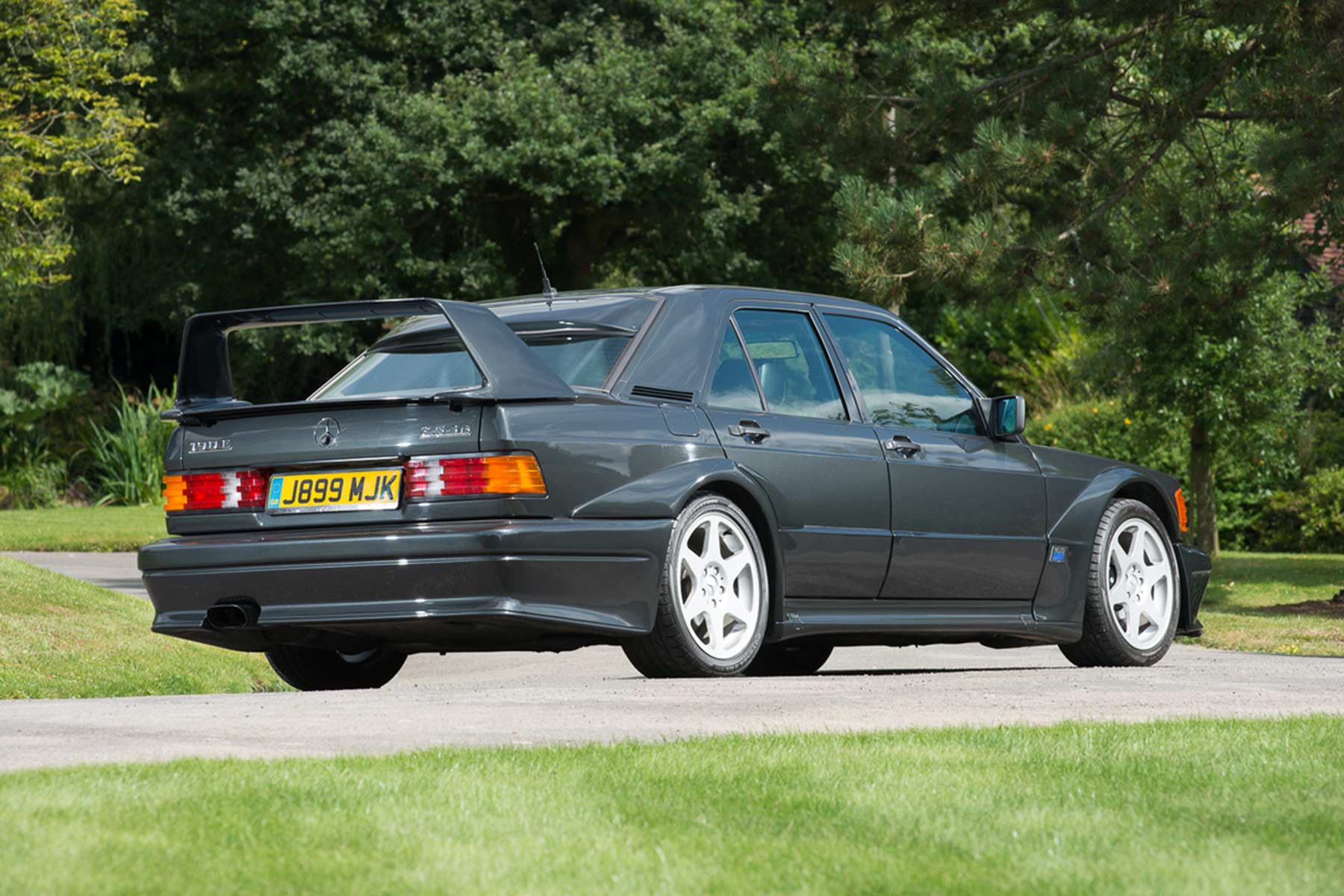 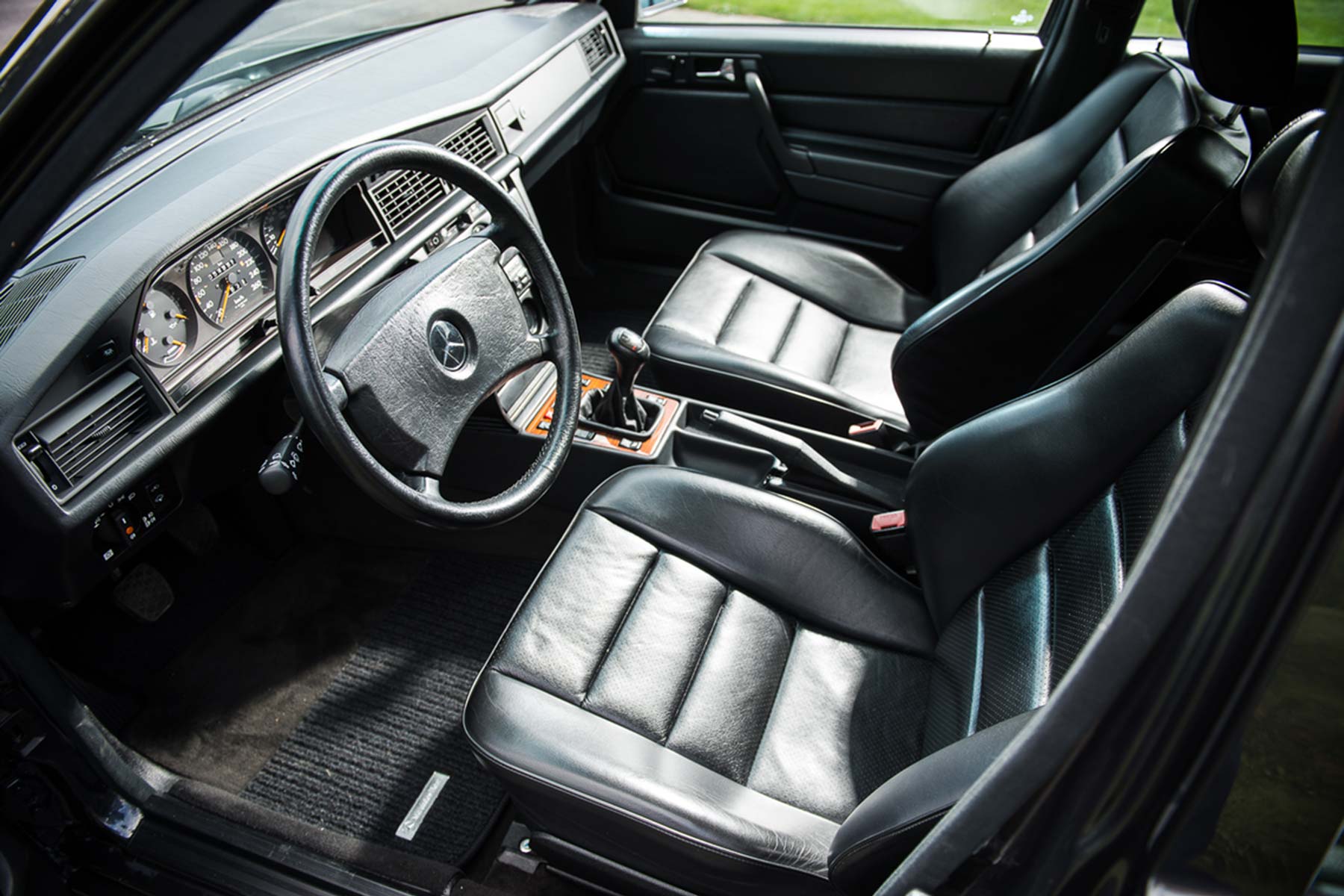 This particular car was first registered in Switzerland, before becoming a centrepiece for one of the largest Mercedes-Benz dealerships in the Netherlands. It was then picked up by a Dutch collector, before finally making the short journey to the UK. It comes with a full Mercedes-Benz service history, and has racked up 34,000 miles. 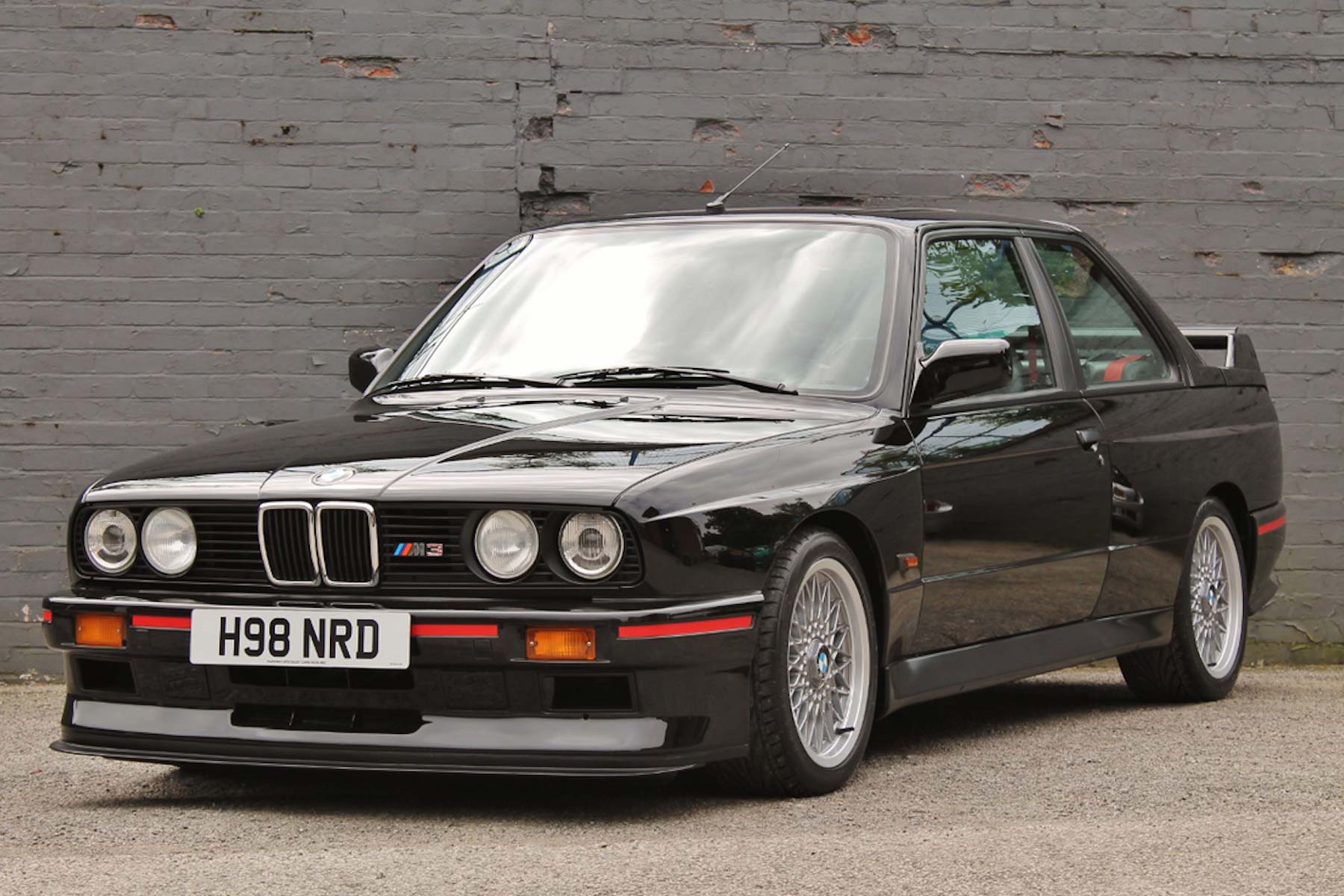 For many this is the iconic touring (and rally) car of the Group A era, beginning the legend of the M3, and also achieving multiple championship wins across the globe.

The first iterations of the E30 M3 contributed the bulk of the successes, but BMW’s Motorsport division did not rest on its laurels. Two Evolution models followed, with this final 1990 Sport Evolution the ultimate expression of the E30 M3. Just 600 were built, and they have rapidly become the most collectable of versions.

Whilst the race cars produced up to 385hp from the 2.5-litre four-cylinder engines, the road-going models had to make do with ‘only’ 235hp driving the rear wheels. It still made the Sport Evo fiendishly quick on the street. Also new were features like lightweight glass for the windows, Recaro seats, and special adjustable front and rear spoilers. 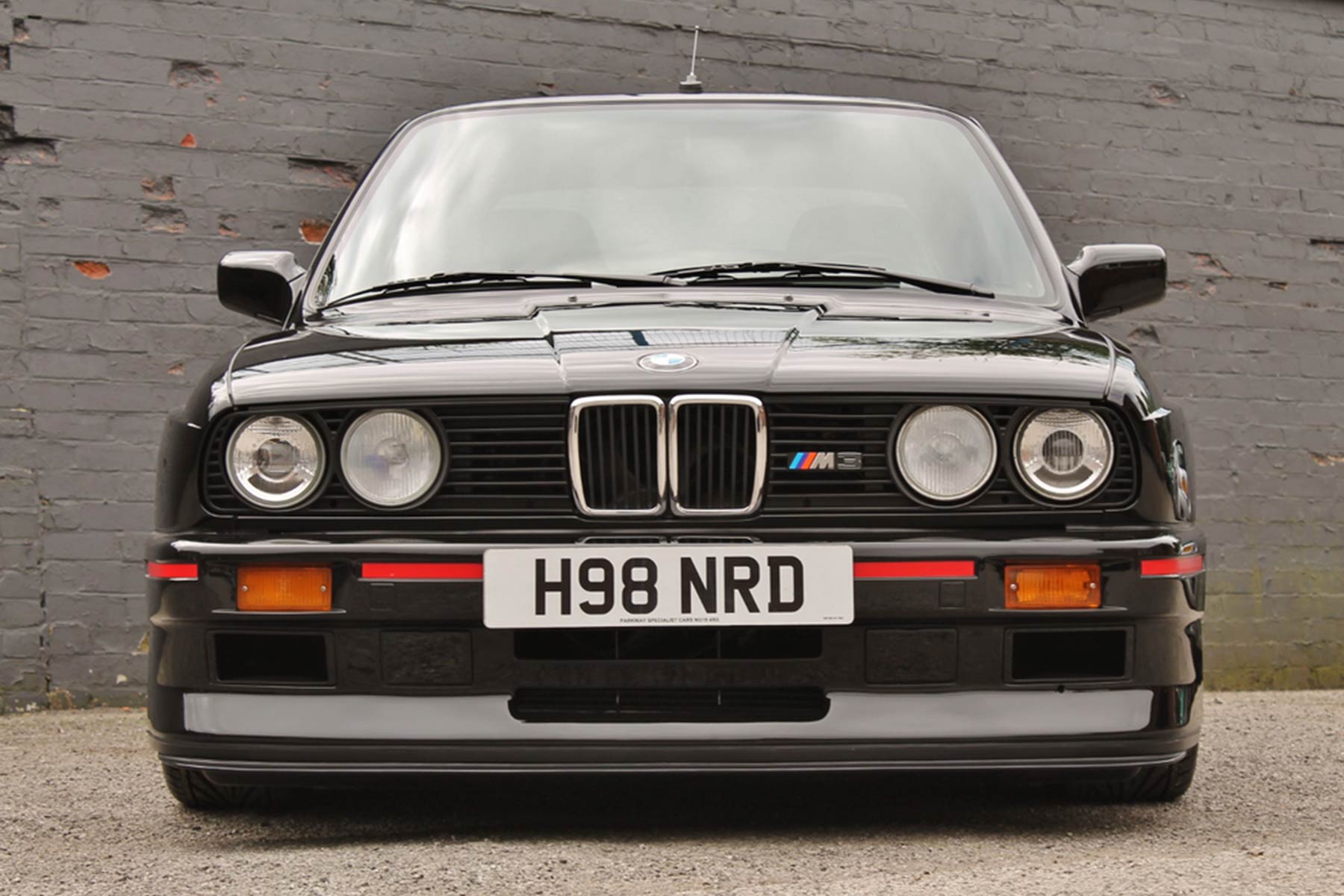 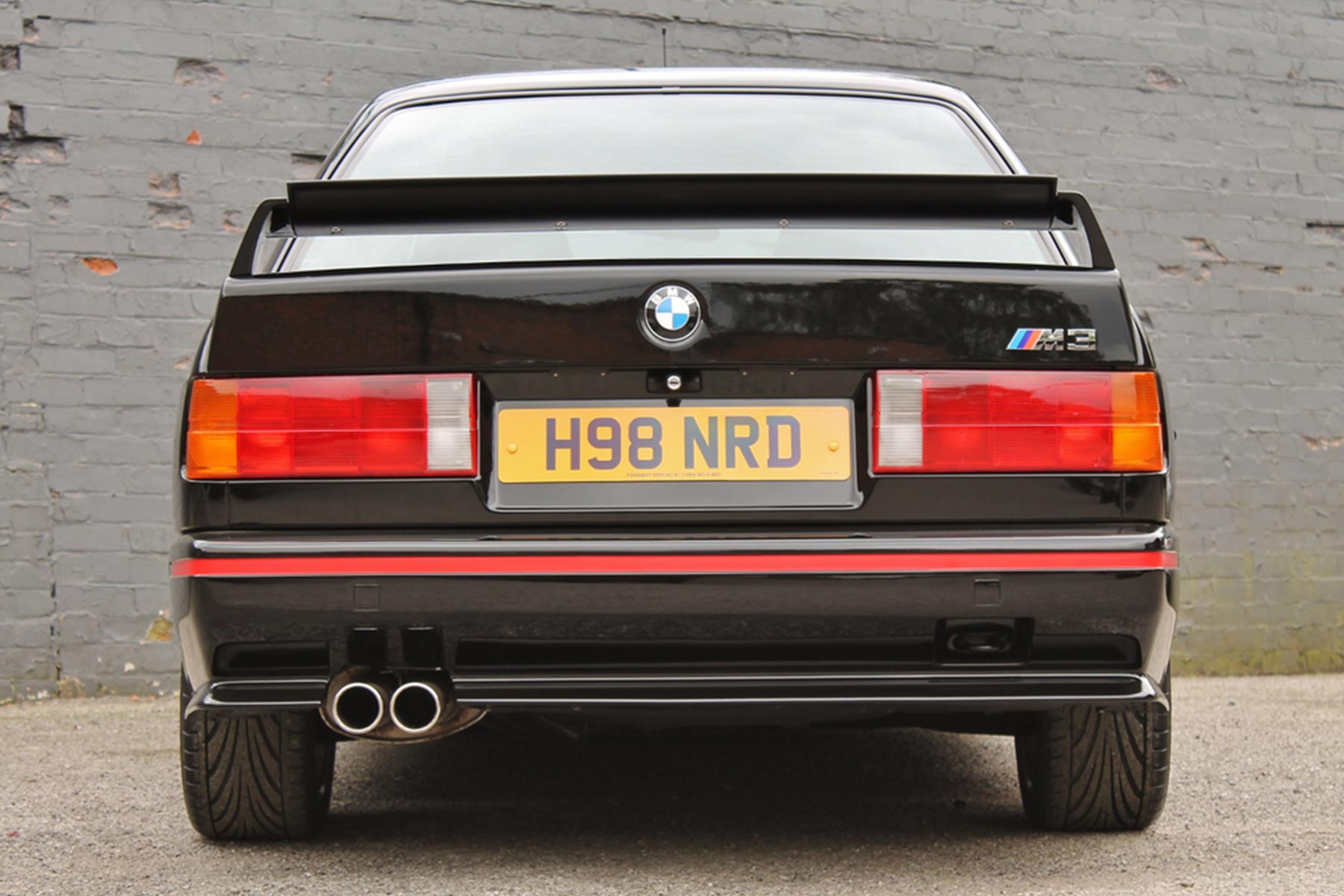 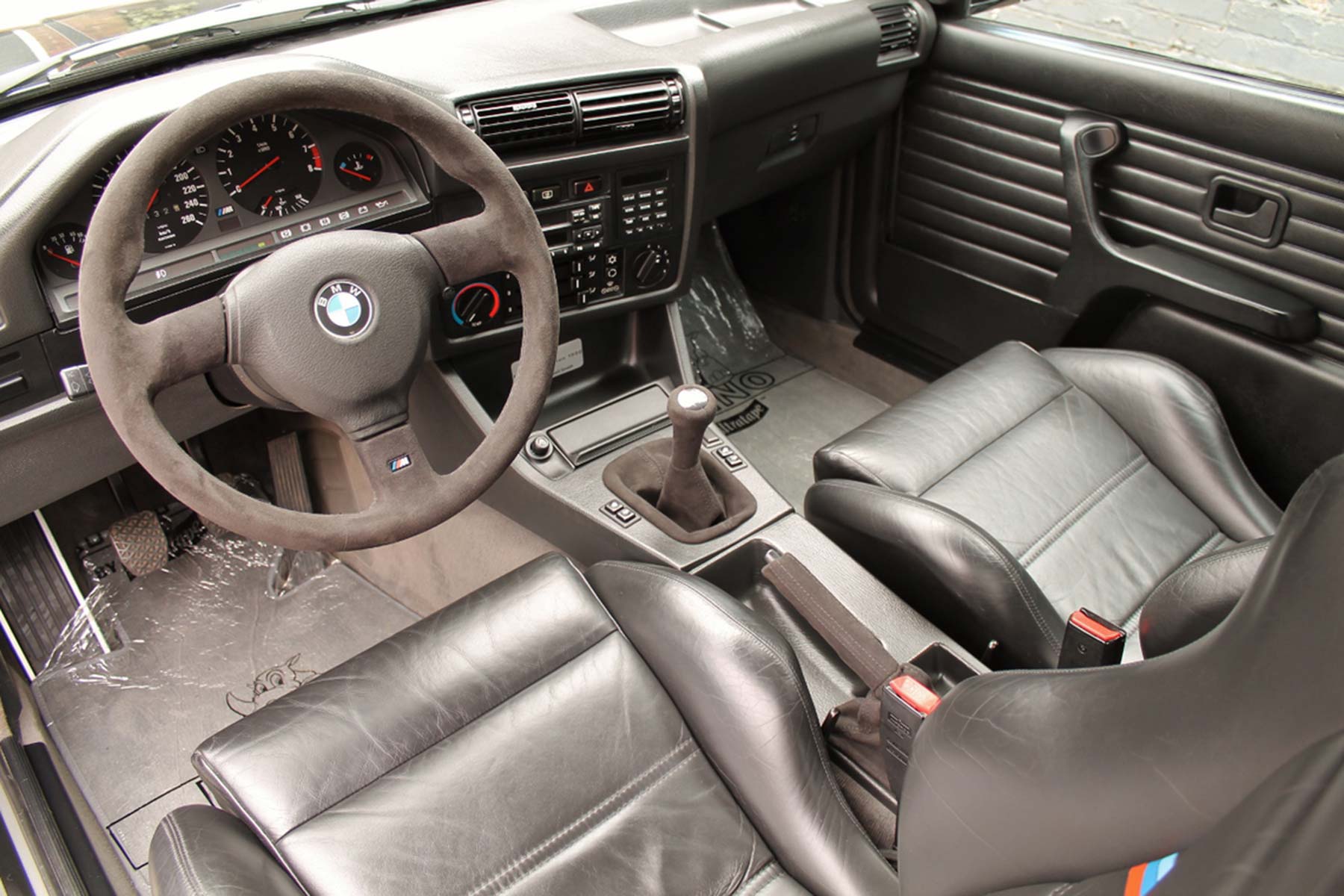 Sport Evolution models were offered with either red or black paintwork only, and also gained a number of crucial suspension and drivetrain tweaks to keep the M3 competitive. The changes worked, with the E30 picking up titles like the 1991 British Touring Car Championship.

First delivered to a German buyer, Sport Evolution number 139 became the property of a British owner in 1999. Unlike the other two cars featured here, this E30 M3 has been used frequently, amassing over 79,000 miles from new. A bare metal respray is said to have helped restore the Jet Black metallic paint to full glory, along with other new trim pieces and parts. 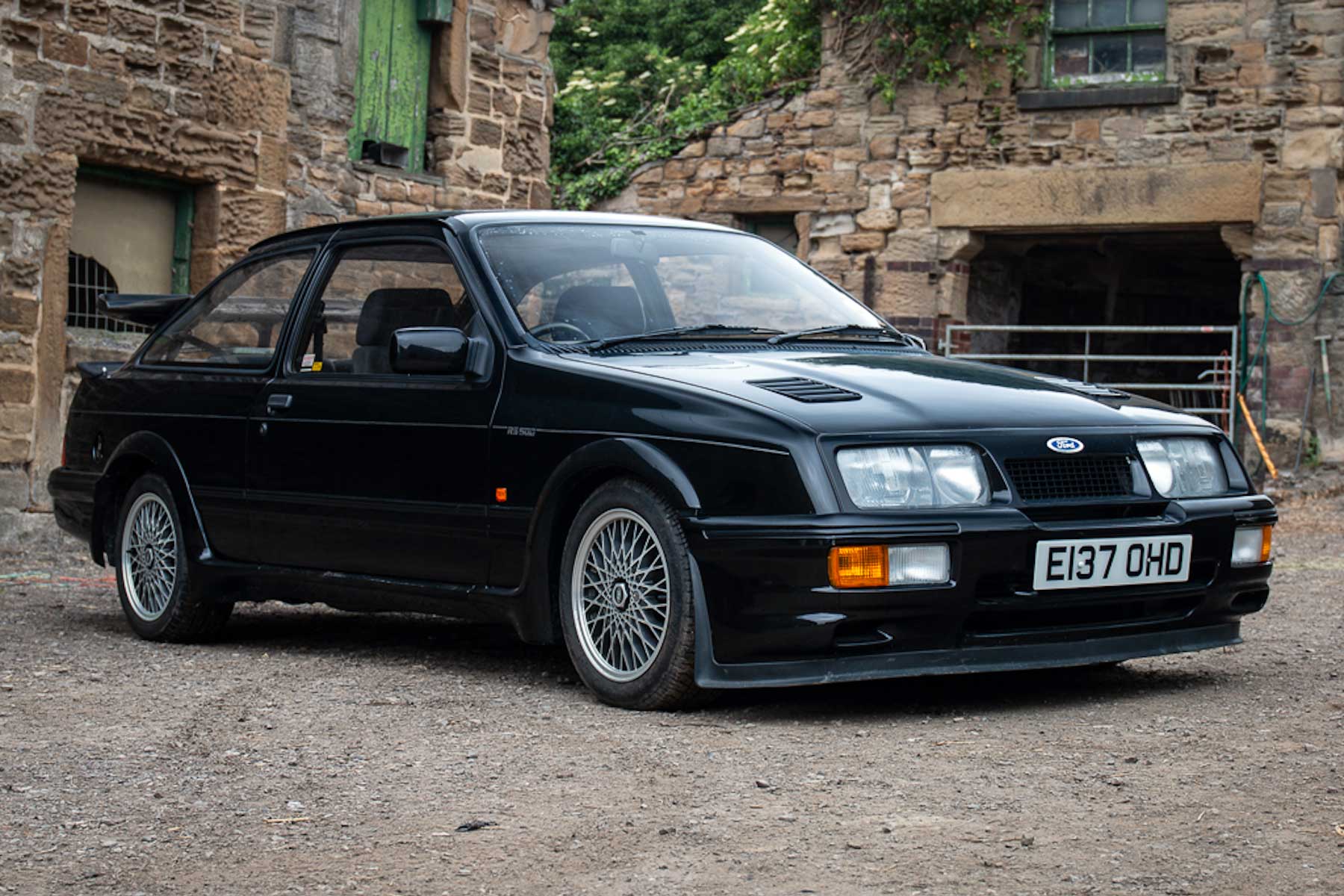 Completing the pack is a car instantly recognisable to even casual motorsport fans, thanks to the ‘whale tail’ lurking on the rear hatch. Commonly found on both contemporary touring car circuits and rally stages, calling the Sierra Cosworth iconic is certainly not hyperbole.

The RS500 was created to ensure motorsport dominance, and saw a number of key upgrades made in 1987. A larger turbocharger was installed, along with a bigger intercooler and even a strengthened engine block. Peak power was 224hp for road cars, with racers capable of close to 400hp.

All 500 examples were built solely in right-hand drive, and were intended to be painted black like this car. In practice, 108 cars escaped the factories wearing other colours. All had the same RS500 badging, additional elements added to the rear spoiler, and gained a redesigned front bumper for better cooling. 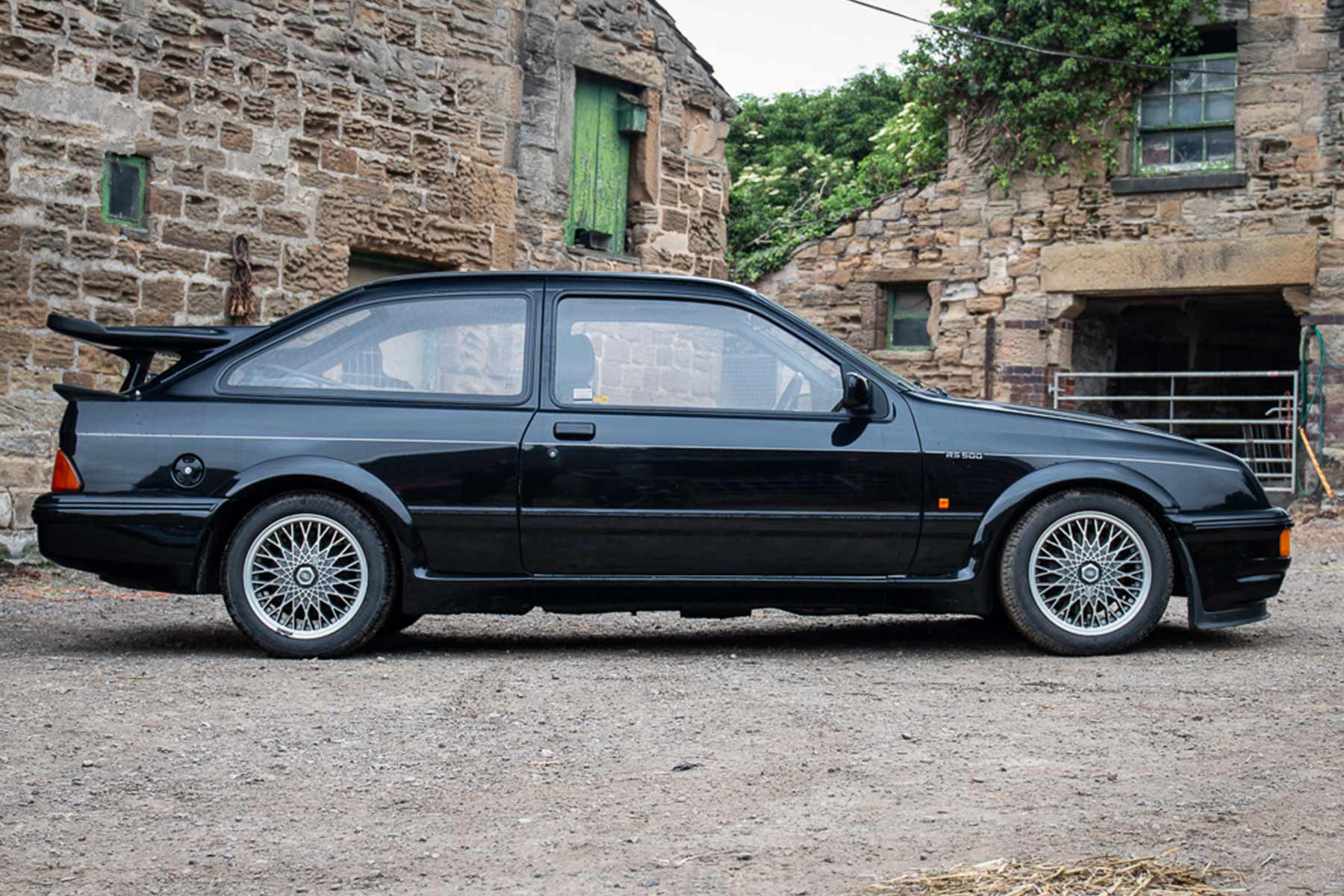 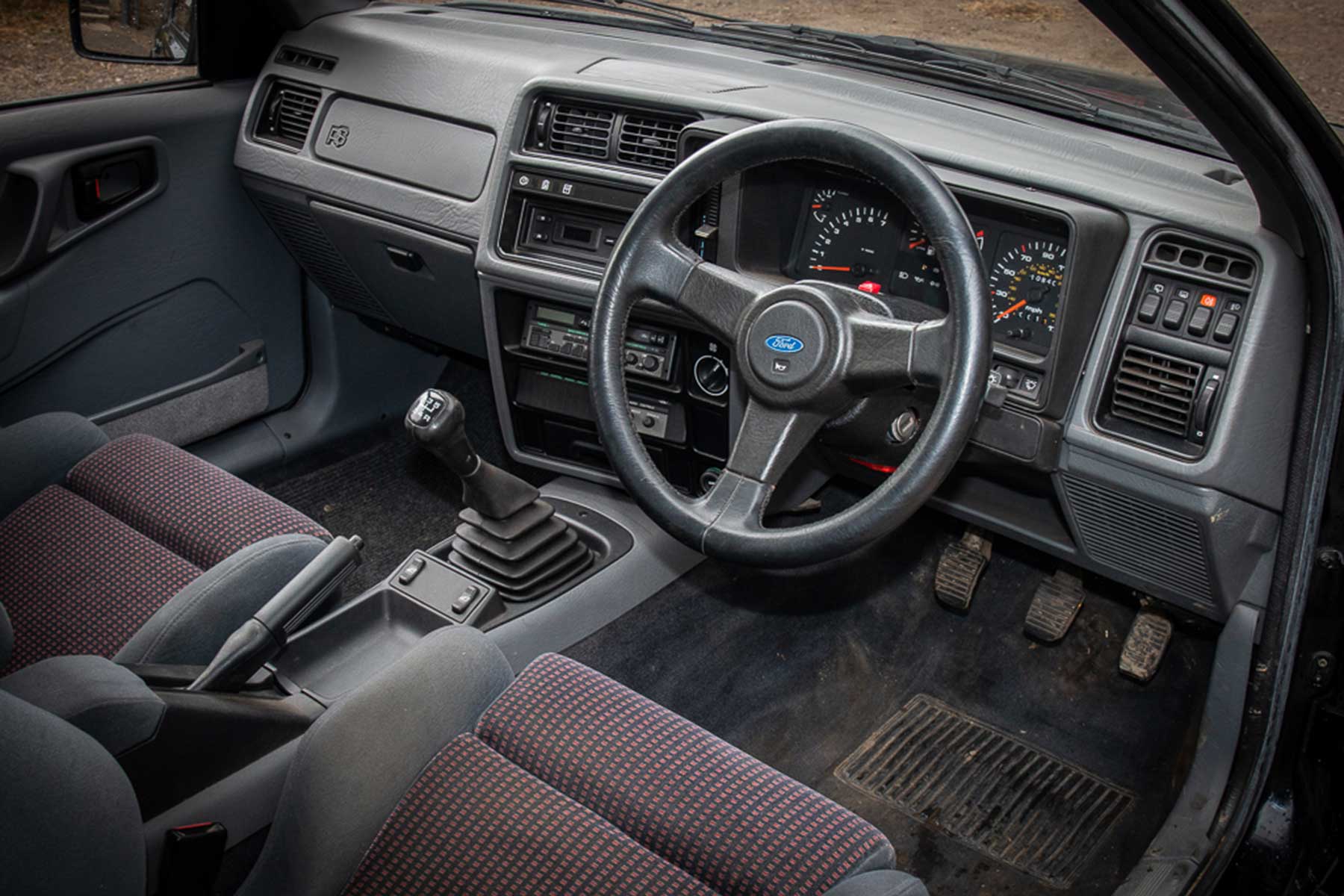 Sold to Mr R Wagstaff from new in 1988, this car has remained with the Wakefield-based family ever since. It marks the first time this RS500 has been offered for open sale, and has been described by experts as “one of the most original” examples ever sold. Having amassed only 10,817 miles must certainly have helped maintain the originality.

Keen collectors can register to bid now at the Silverstone Auctions-run sale, with the bidding war set to take place across two days. Saturday 21st July and Sunday 22nd July sees the sale coincide with the on-track action at the Silverstone Classic event.