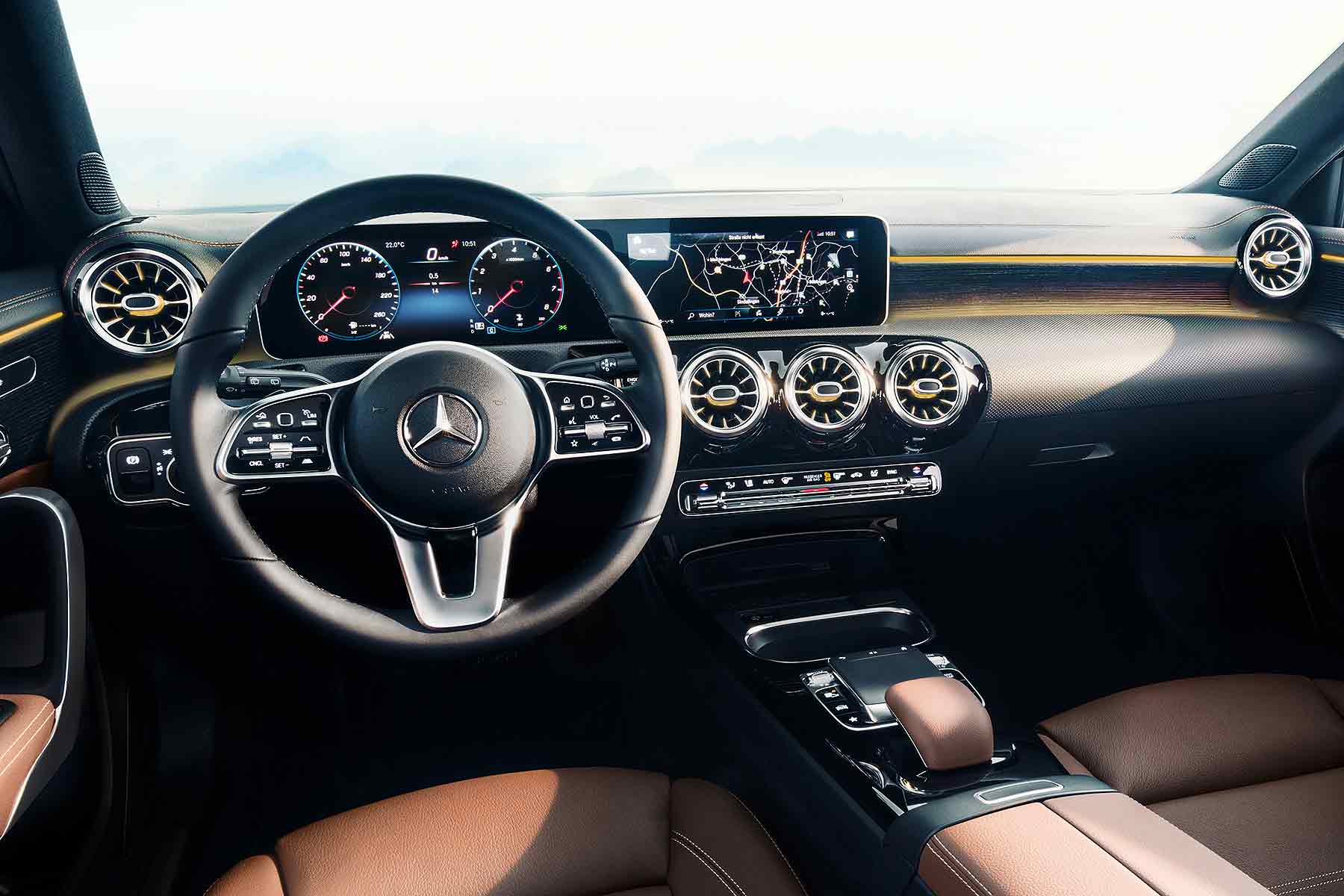 Mercedes-Benz has revealed the interior of 2018’s all-new A-Class – confirming the BMW 1 Series rival is going upmarket with an S-Class-style makeover.

The firm calls it ‘modern luxury’ and that’s not all the new A-Class has on offer: it’s also much more spacious inside, something that’s long been a criticism of the current car. The rear seats are easier to get into, the 370-litre boot is now just 10 litres shy of a Volkswagen Golf, and there’s up to 36mm more elbowroom front and rear.

It’s even 10 percent easier to see out of, reckons Merc. 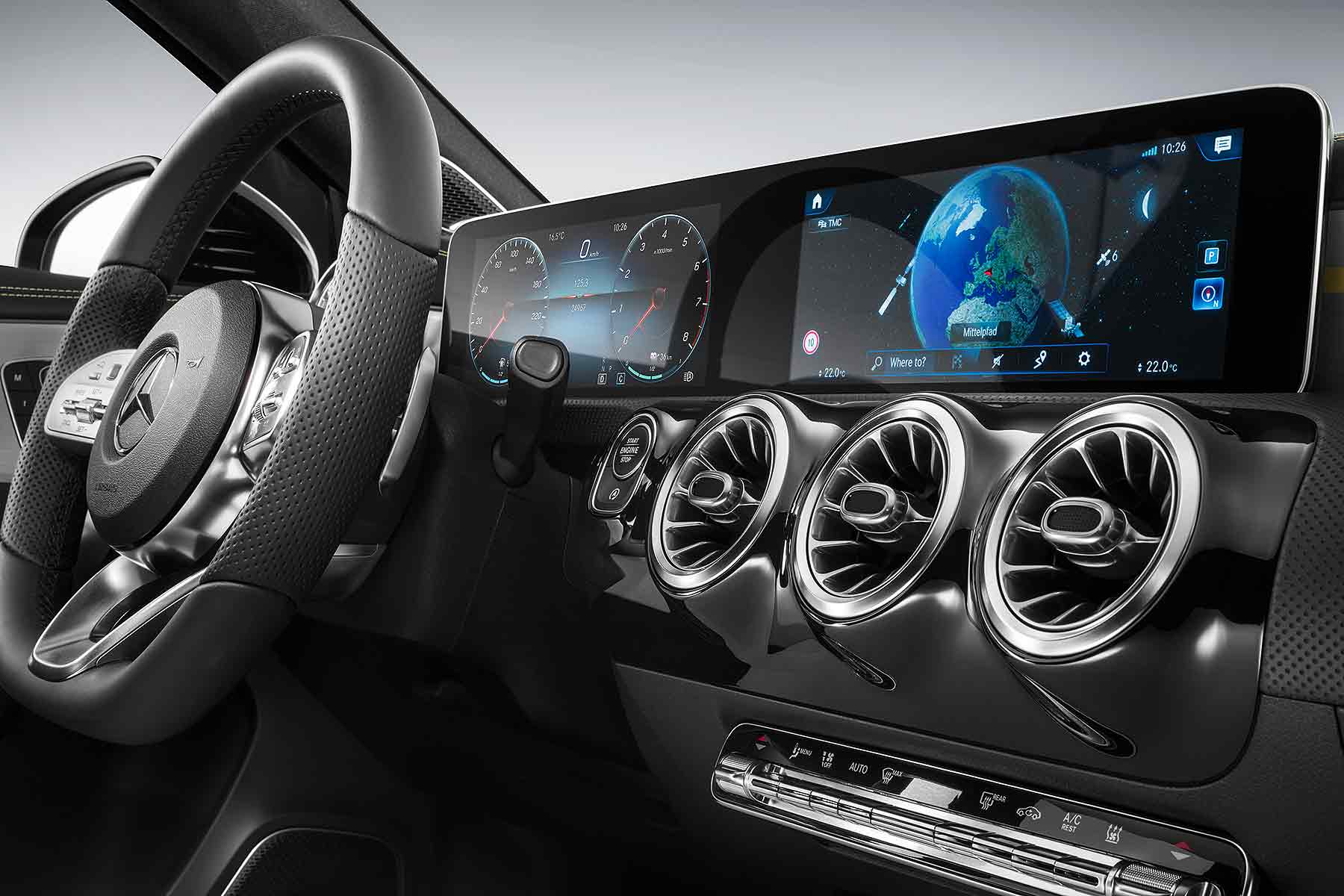 But it’s the high-end dash that’s the star of the show. The freestanding widescreen layout comes as standard; the traditional cowled instrument pack has been ditched completely. The five turbine air vents are works of art and it even boasts a steering wheel nicked from the posh S-Class.

It can be trimmed in new materials such as open-pore wood, and illuminated by optional ambient lighting – as the images show, with 64-shade multi-colour functionality.

The screens come in three grades: two 7-inch displays, one 7-inch and one 10.25-inch, or two 10.25-inch setups. The posh ones have bonded glass tech, like fancy smartphones. And because there’s no top dashboard cowl, the main structure itself can extend deep into the vehicle sides and appear free-floating, reckons Mercedes.

There are more S-Class features designed for the new A-Class, too. Multicontour seats are available, with heating, cooling and massaging function. And there’s more practicality, from a cupholder on the centre console, to front door bins that can hold 1.5-litre bottles, to a 20cm wider boot that can easily hold a pushchair and even, if you take off the wheels, a bicycle.

The new A-Class is expected to be revealed at the 2018 Geneva Motor Show in March, before going on sale in the summer.