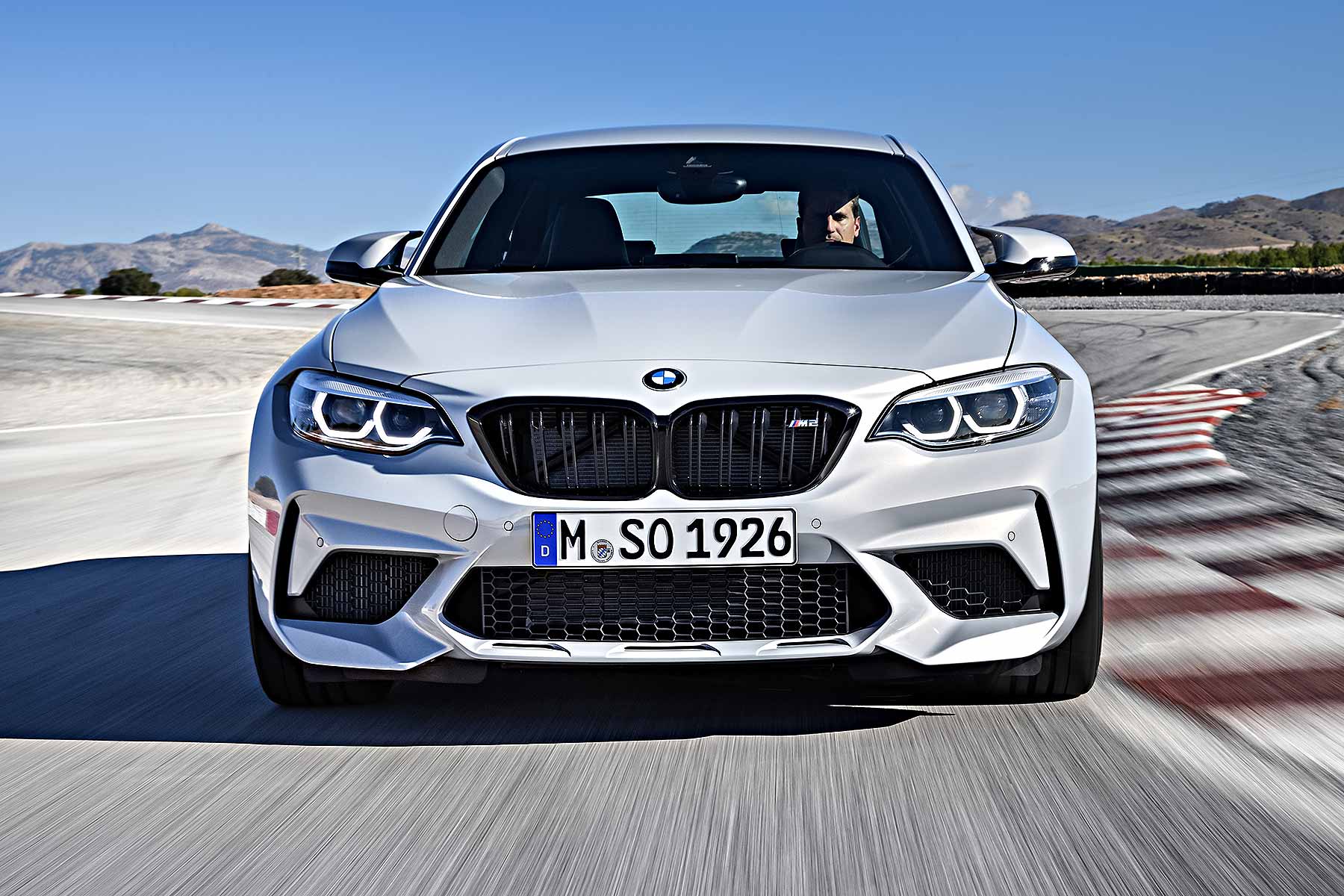 The new BMW M2 Competition is much more than simply a tuned-up BMW M2. It has an all-new engine, uprated steering, brakes, suspension and exhaust, a new look on the outside and new features within. Two years in, this is more of a reinvention than a renose.

And it’s all thanks to strict new fuel economy regulations.

Soon, both the bigger BMW M3 and M4 will be suspended from sale. The current M3 will go for good, as BMW puts the polish to an all-new 3 Series due out later this year. The M4, that’s to be put on hold for a few months, while BMW cleans up the engine emissions to deal with upcoming new WLTP fuel economy legislation.

How to fill the void in the affordable M-car world? Drop the enhanced, greener 3.0-litre twin-turbo engine that will power the rehomologated M4 into the M2 – conveniently sorting out that car’s WLTP-related emissions headache at the same time.

This is environmental expediency of the very best kind.

The new M2 Competition thus has a petrol engine particulate filter, which BMW calls the Otto particulate filter, or OPF. This will “further reduce fine dust pollution”. It also has better fuel economy, averaging 28.5mpg in manual guise, or 30.7mpg with the M DCT auto; CO2 emissions are 225g/km and 209g/km respectively.

Its conscience is clean.

This is a greener car, yes. But it’s also a seriously faster and more potent one as well. 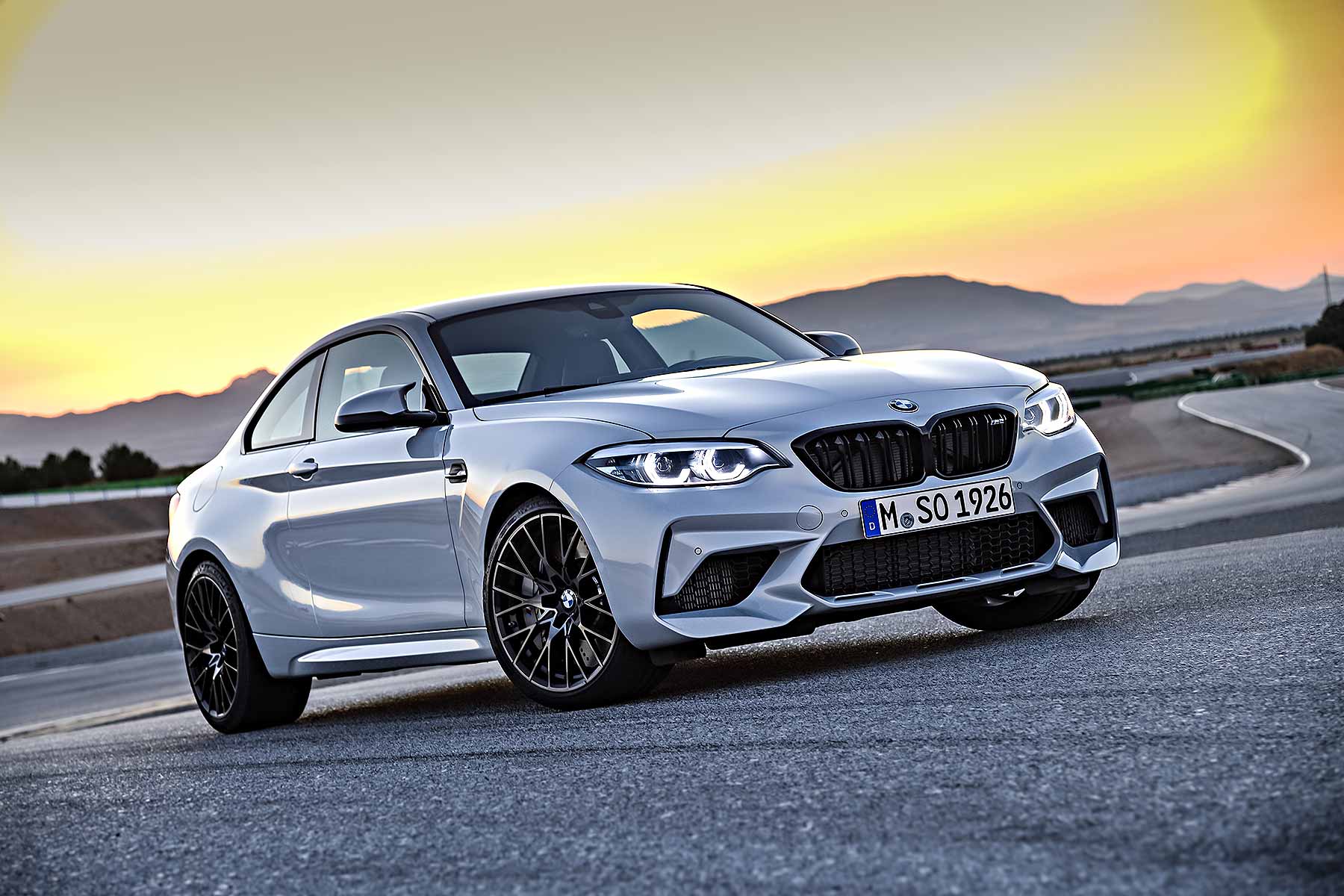 The enthusiast-pleasing side-effects of fitting this cleaned-up engine go further. The new motor demands more cooling than before, which BMW has used as an excuse to restyle the front end.

The kidney grille is larger and deeper – deploying the revised design first seen on the X2, where the top of the kidneys is pointier and pronounced – and a new front skirt is even more hollowed out and packed with air channels than before.

Behind it is an M4-spec cooling system: central radiator, two further side radiators and an additional engine oil cooler. If you have a car with M DCT, BMW squeezes in a transmission oil cooler as well. No wonder it’s had to redesign the front end so fully. A comparison of old and new rings the changes.

As it has a new engine, it has an all-new exhaust as well. The M-trademark quad exhaust tailpipes remain, fed by a new silencer for the dual-branch pipes. Dual electronic flaps are built in to serve up “a distinctive BMW M sound”, which can be dialled up at the press of a button on the centre console. 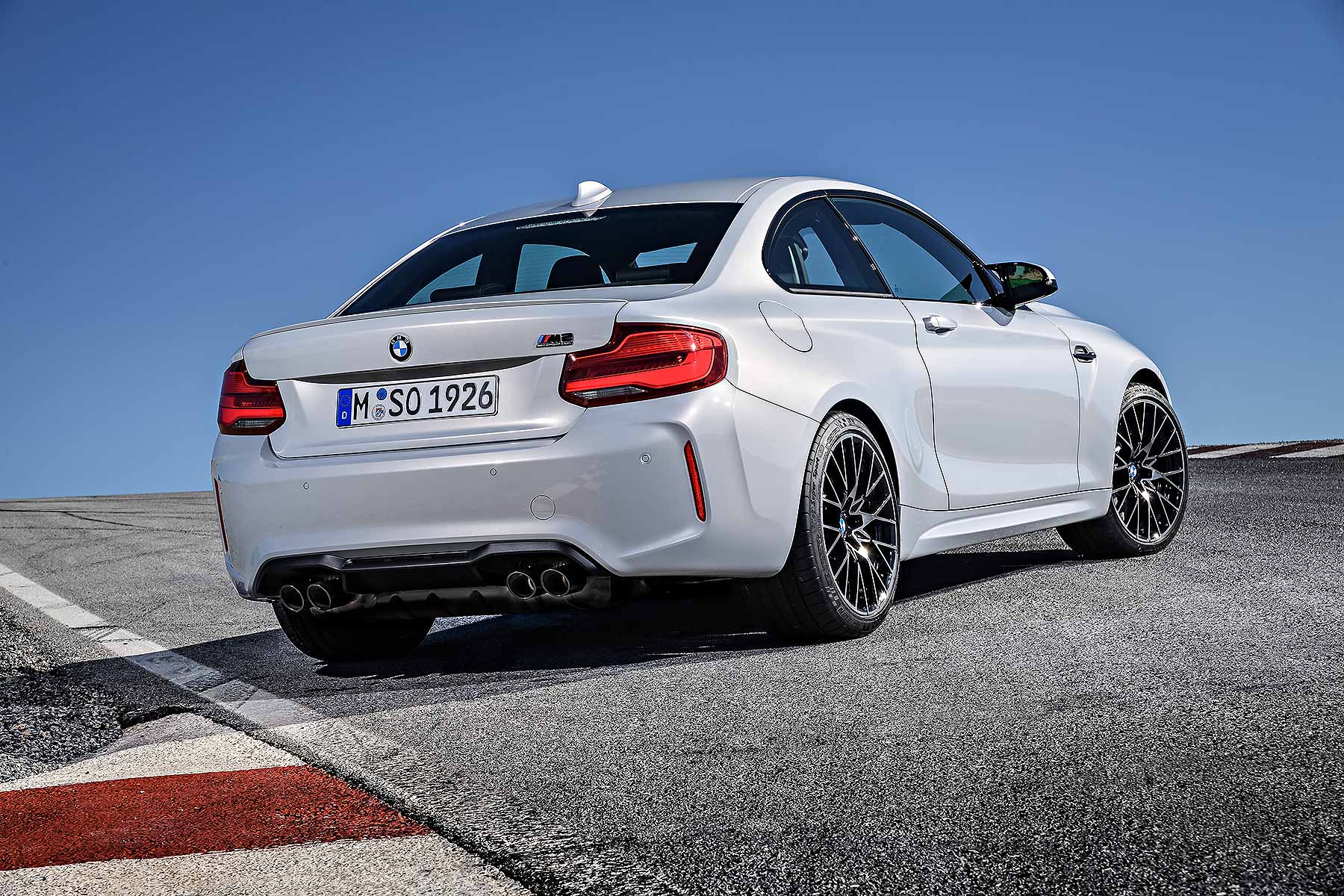 As it’s gone to the trouble of fitting an M4 engine, cooling system and brakes, BMW clearly felt the need to carry on. So, under the bonnet lies a strut brace from the M3 and M4, made from lightweight CFRP and “significantly” improving front-end rigidity, to the benefit of steering prevision.

Front and rear axles are inspired by the bigger M cars, with each of the five-link rear axle’s control arms made from aluminium, and the lightweight rear subframe now rigidly mounted to the body. There are also “play-free ball joints” which cleverly transmit sideways forces directly into the struts.

For the first time, the M2 gets the extra selector buttons on the centre console seen on the M3 and M4. These allow the engine, steering and M DCT drive functions to be tailored through different levels, and then saved into the M1 and M2 buttons on the steering wheel. The bright red start/stop button first seen on the magnificent new BMW M5 – the 2018 World Performance Car of the Year – also makes an appearance.

Ordering opens in the middle of May, with pricing from £49,285. In inspiring the replacement of the BMW M2 with the new M2 Competition, WLTP legislation has thus created what could be the most authentic and thrilling BMW M car in years.

We have a lot to thank the green lobbyists for.