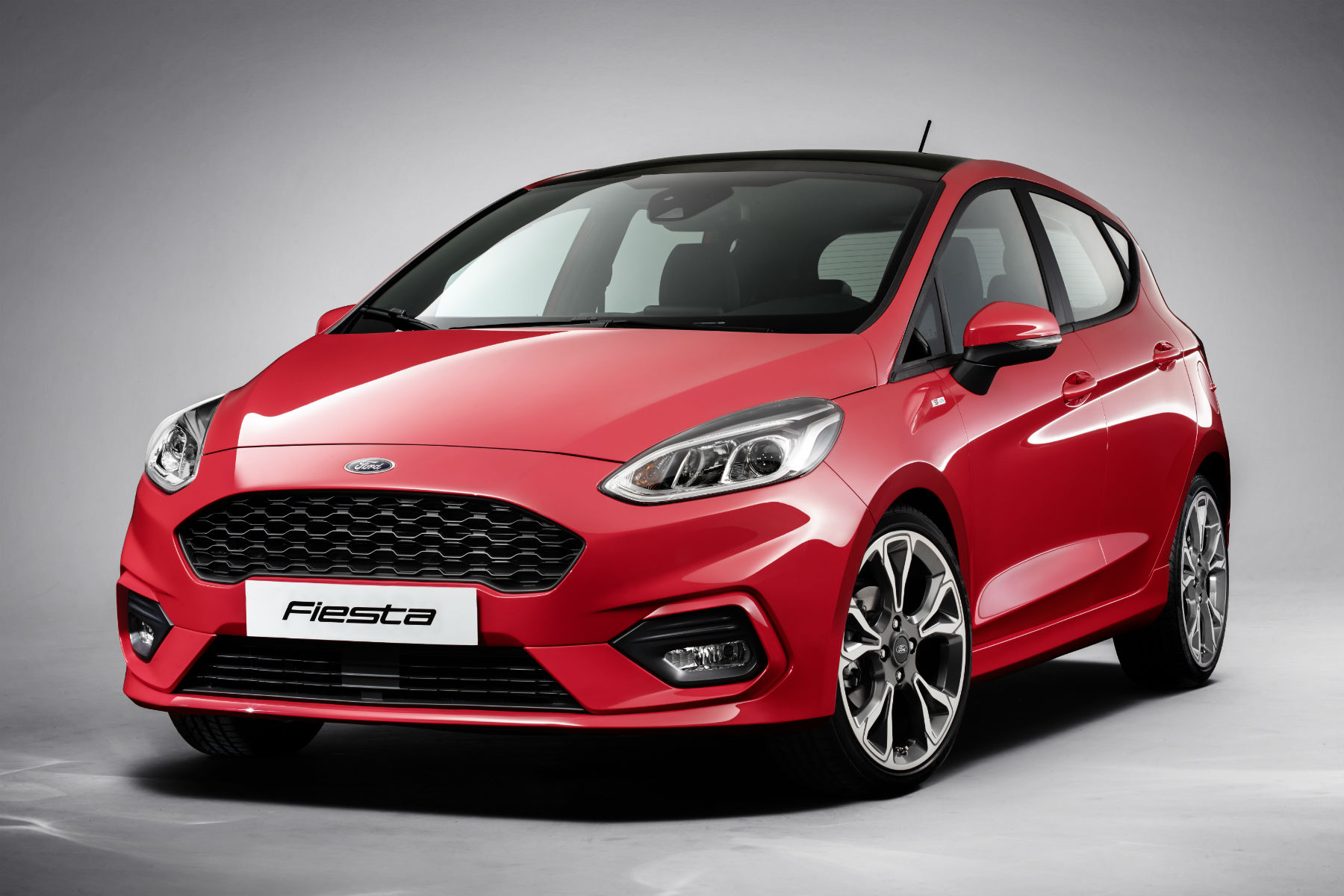 The all-new Ford Fiesta is set to make its world debut this evening – but this single image has been revealed first, showing what the front three quarters of the car will look like.

The shot shows an ST-Line model – a trim that was launched on the outgoing Fiesta as a replacement for the Zetec S. Like the current ST-Line, the new model is expected to combine sporty looks with low running costs to appeal to young drivers.

Unsurprisingly, the new Fiesta appears to take an evolutionary approach to design. But when the current model has been such a winning formula for Ford, it’d be a bold move to make any dramatic changes.

Despite being largely unchanged for eight years, the Ford Fiesta continues to account for around 5% of all new car registrations in the UK. That makes it easily the UK’s best-selling car, ahead of the Vauxhall Corsa and Ford Focus.

The new model bears more than a passing resemblance to the bigger Focus, with new headlights and a gaping front grille.

Technical specifications are yet to be revealed, but expect a similar line-up of engines to those currently found in the Fiesta – including 1.6-litre turbodiesel TDCi units, and a choice of 1.0-litre petrol Ecoboosts.

With the Fiesta moving upmarket to make room for the recently-launched five-door Ka+ model, expect to see a sporty ST model and perhaps even a luxurious Vignale.

We’ll be reporting live as Ford reveals more about the new Fiesta at its unveiling this evening.