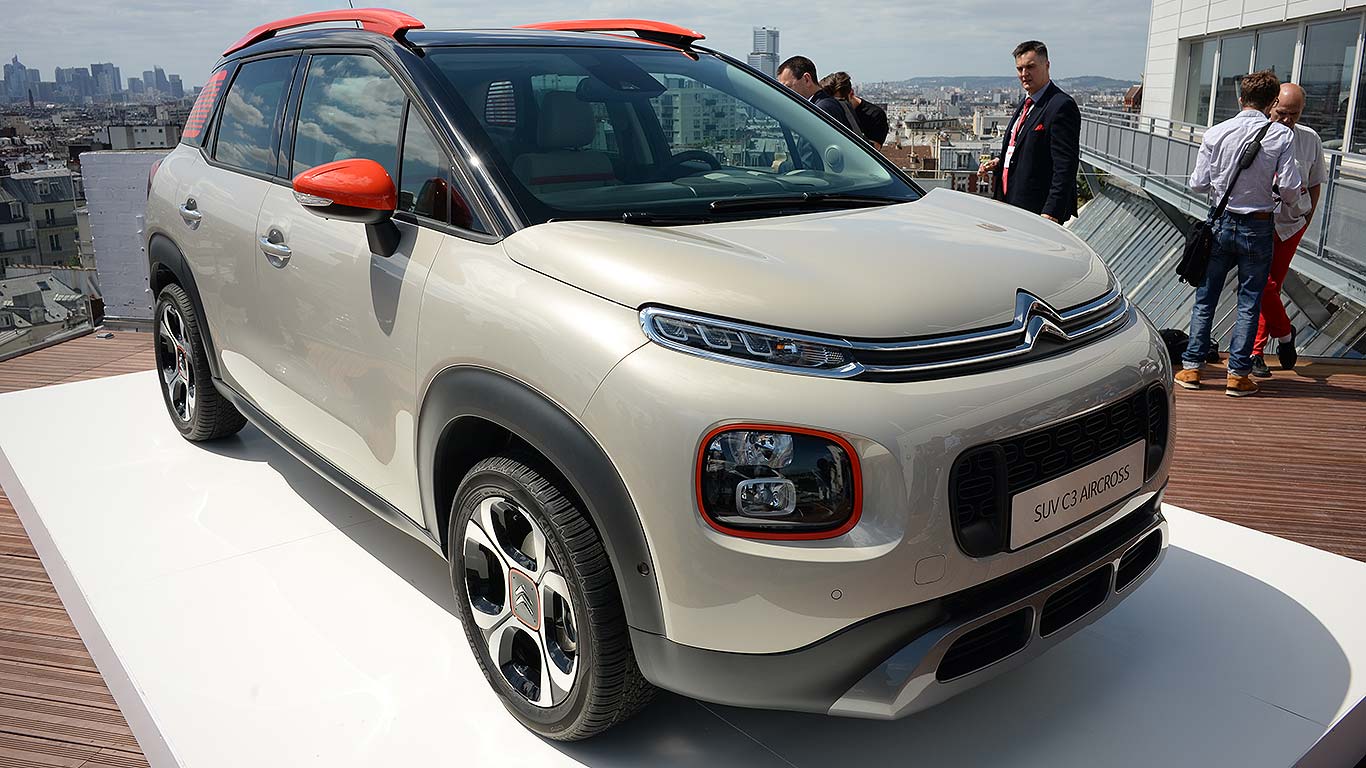 Goodbye Citroen C3 Picasso, hello Citroen C3 Aircross. The French firm has become the latest car maker to ditch a supermini-sized MPV for an on-trend crossover SUV instead. But although it has chunky bumpers and a stand-up stance, the C3 Aircross, revealed in Paris this week, is still more MPV-like than most. And it’s this extra practicality that Citroen reckons is the ace up its sleeve. 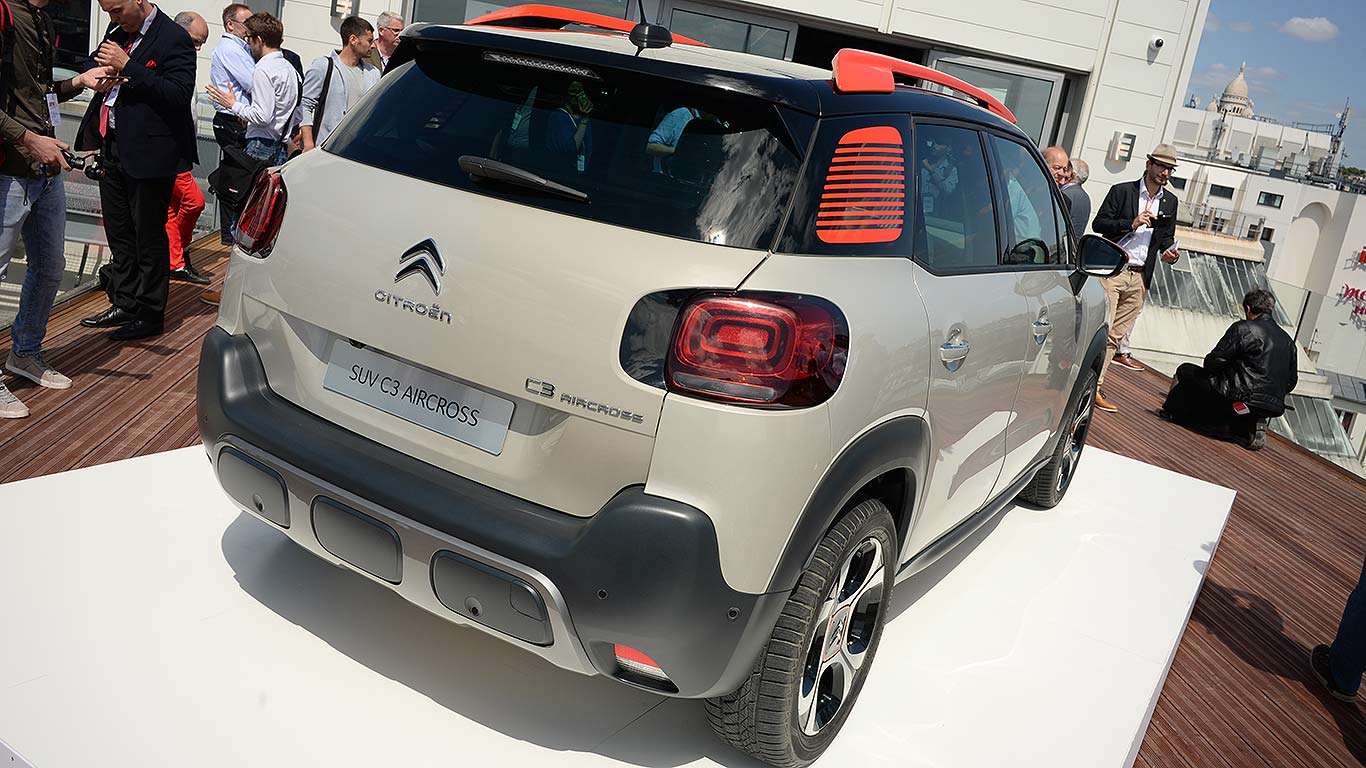 It is, we’re told, the roomiest crossover SUV in its class, and aims to be one of the most comfortable: thank the firm’s flagship Citroen Advanced Comfort initiative for that. It’s packed with tech – including four different connectivity systems – and is available with 12 driver assistance systems. It will even do a light bit of off-roading; that raised ride height and tough body cladding aren’t just for show. It goes on sale in the UK on 1 November, with prices expected to start from around £17,000.

Citroen CEO Linda Jackson called it an international SUV – it will be sold in 94 countries – that’s the next step in the transformation of the brand. It is a true compact SUV, stressed the firm: spacious, modular, comfortable. It is also to play a key role in boosting Citroen global sales 30 percent by 2021: this is a significant new car launch indeed… 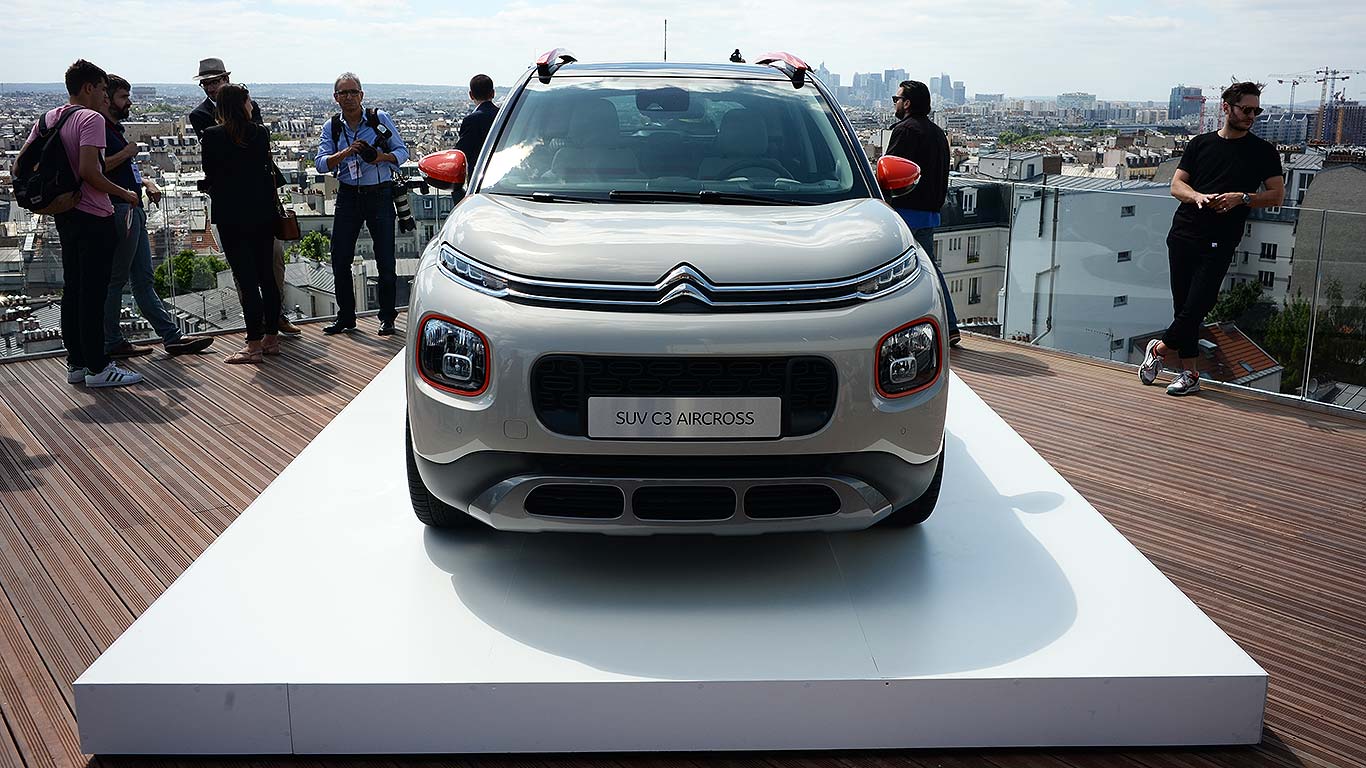 The little brother to the China-only Citroen C5 Aircross, the C3 Aircross is a direct rival to the recently-revised Renault Captur and Peugeot 2008. Externally, it’s a modern Citroen: bold and punchy, just the right side of quirky, “free from aggression”, robust and enhanced by SUV-like raised ride height (20mm higher than a C3), lots of plastic cladding, wheelarch extensions, front and rear skid plates, plus a set of bold roof bars.

Citroen design chief Alexandre Malval is the man behind it. He points out the short, raised bonnet, double-decker lights at the front and the rear polycarbonate quarterlights. A coloured film covering gives a ‘Venetian blind’ effect, a nice bit of Citroen quirkiness that was shown on the C-Aircross Concept and carried through to production.

Is it practical? Headroom and legroom are class-leading, claims Citroen, the passenger seat folds flat so you can load things from the DIY store 2.4 metres long, and the rear seats split-slide to juggle boot space from 410 litres to 520 litres. 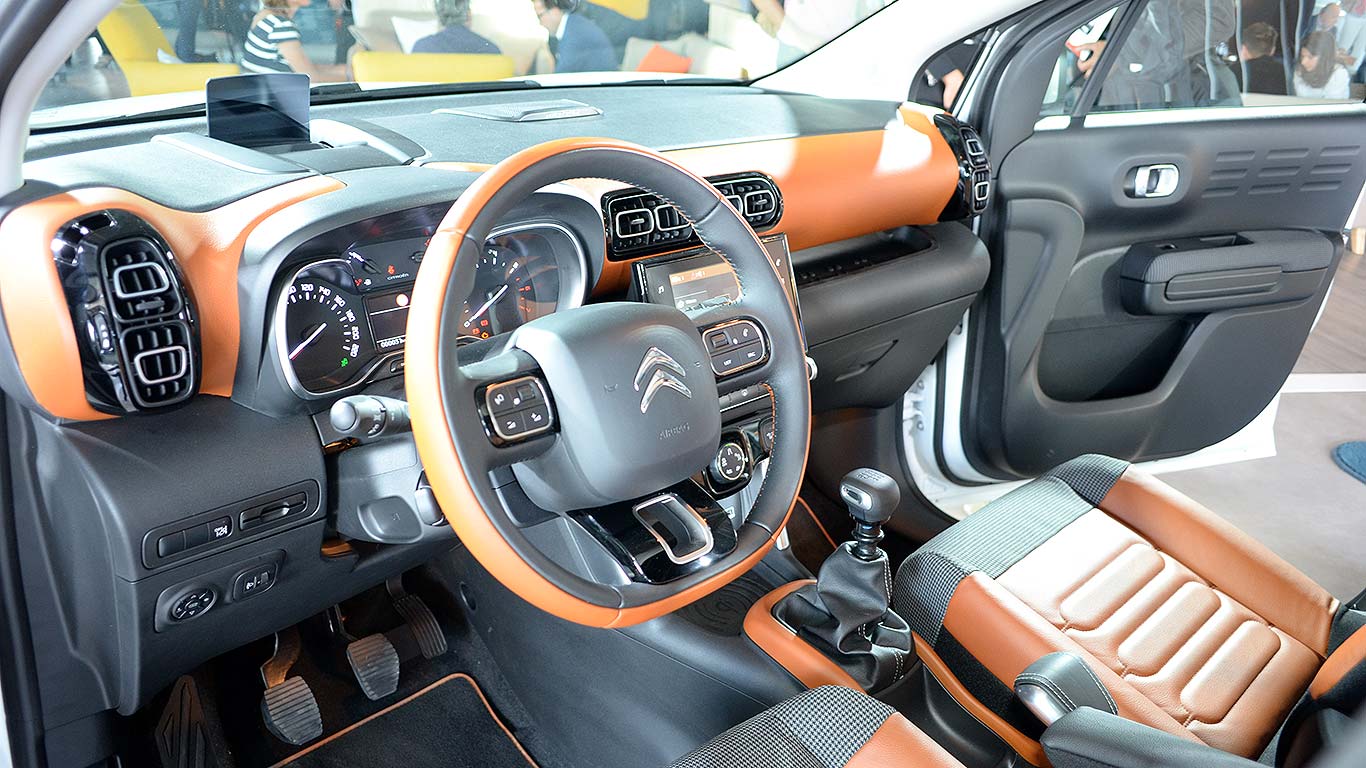 What is Citroen Advanced Comfort? The marketers say it’s all about ‘mental and physical well-being’. A large (and opening) panoramic glass roof floods the cabin with light; it’s one-metre long and sensibly has a sunblind – as do the rear doors. Citroen’s also fitted super-quiet soundproofing, broad and generously supportive seats, plus comfort-oriented suspension. 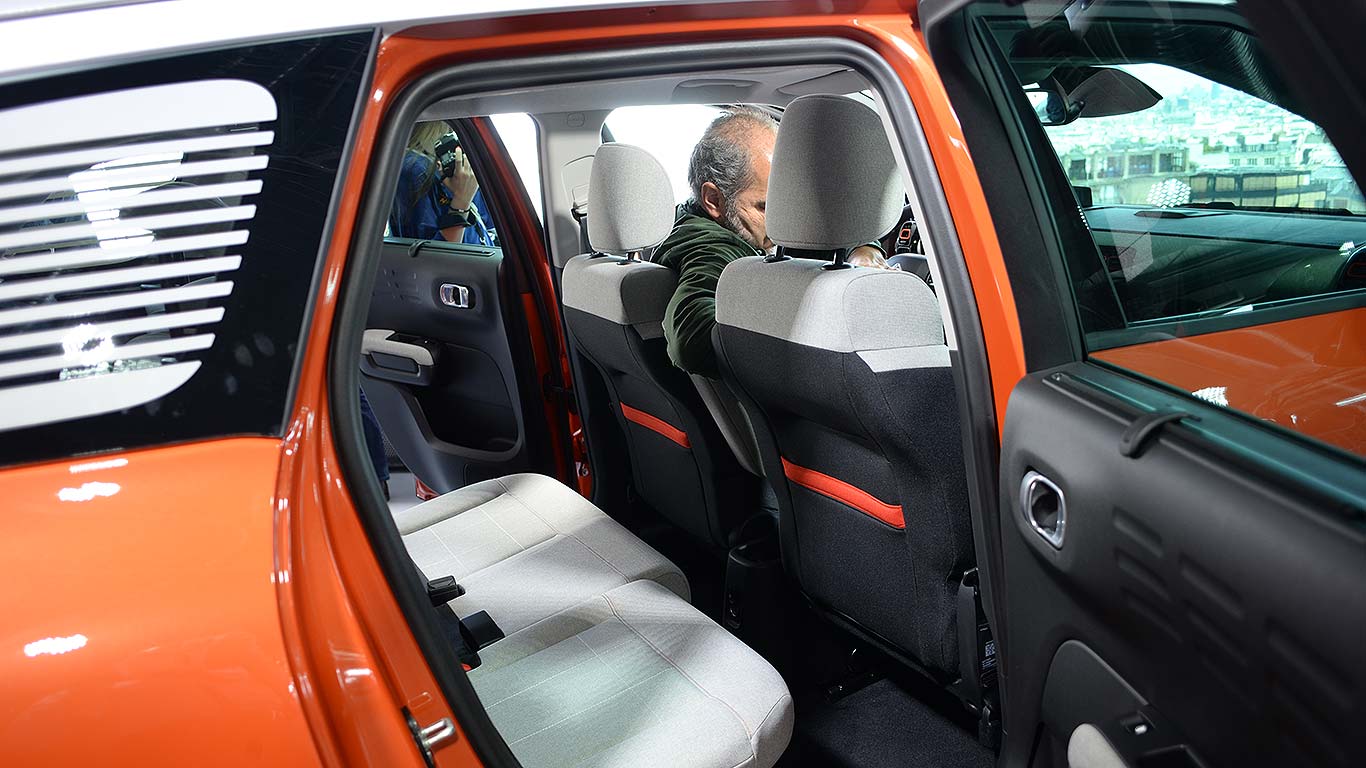 As for the four different pieces of connectivity tech, they are: wireless smartphone charging (there’s a cubby in the centre console for it), smartphone-connecting Apple CarPlay and Android Auto, Citroen Connect sat nav and the emergency services-alerting Citroen Connect Box system.

Under the body, it rides on a C3 platform, so has PureTech petrol engines in non-turbo 82hp or turbo 110hp and 130hp guises. The 1.6-litre BlueHDi in 100hp and 120hp forms is the diesel alternative. Citroen pairs them with Grip Control, which adds extra traction for the front wheels without the expense of full four-wheel drive. A Land Rover Terrain Response-style dial in the centre of the dash offers a choice of five settings.