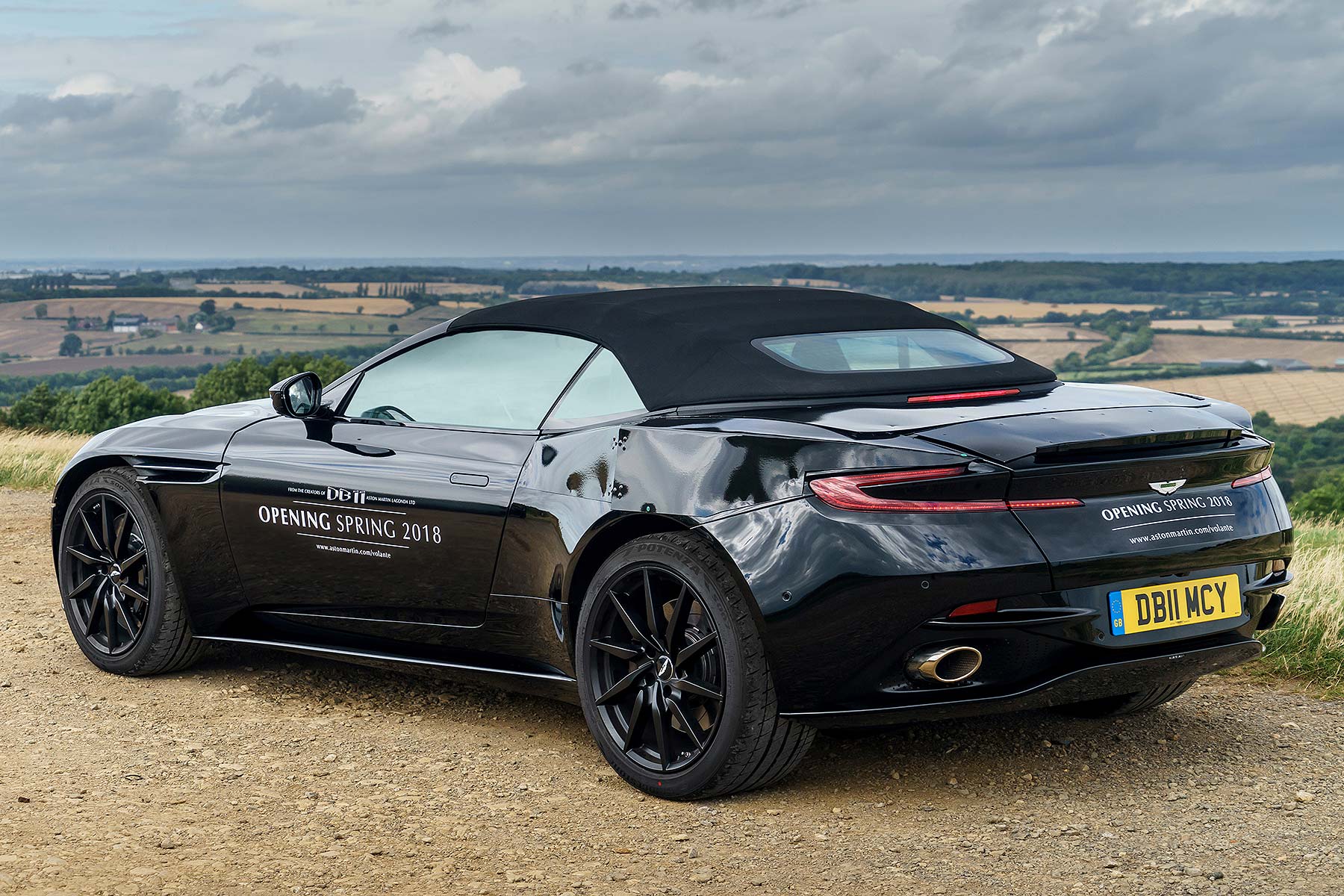 An open-top Volante version of the new Aston Martin DB11 will be launched in spring 2017 – and Aston Martin has confirmed this by releasing its own teaser shots of the new 2017 DB11 Volante.

To leave us in no doubt, it’s also launched a data-capturing area on its website so keen Volante early-adopters can get their interest officially recorded.

But while Aston’s given us the images, it hasn’t given us any information on the car itself. It’s also kept the important styling features of the rear end well-hidden: no, the final car won’t exhibit the wavy panels and poor fit of this test mule.

It’s likely to use the same Airblade ‘virtual spoiler’ tech of the DB11 coupe though: we can’t see the stick-up plastic blade seen here being a permanent feature. The hard-top DB11’s generously-proportioned rear wheelarches will also carry over, enhanced here by the gentle arc of the rear windows. 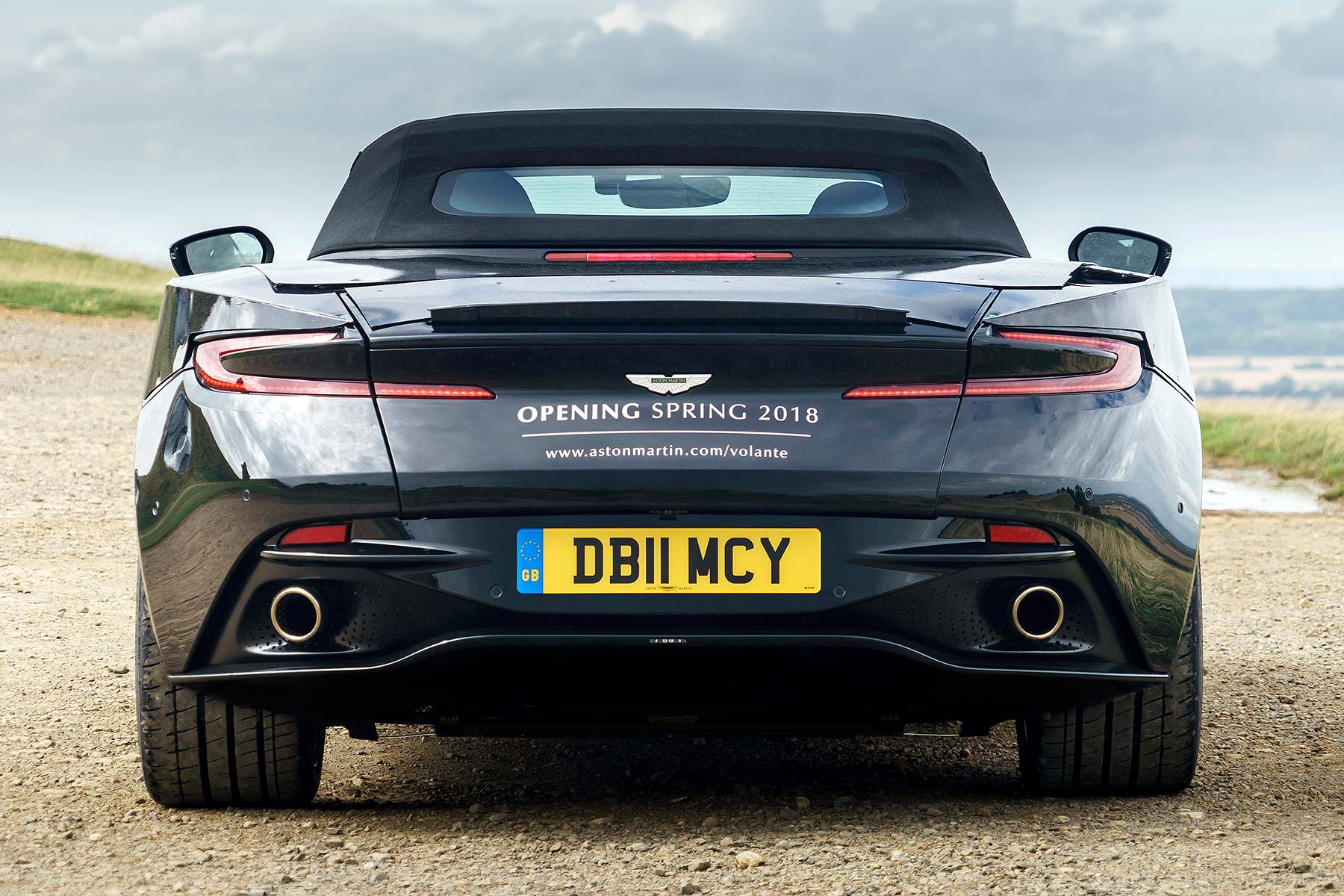 The DB11 Volante will use a folding soft-top roof, so it will drop down completely flush to leave a decadently open-air cabin. The roof is black on the test mule: expect a choice of colours when production cars launch.

Otherwise, expect a car very similar to the coupe DB11, 5.2-litre twin-turbo V12 engine and all.

The only possible added extra we possibly can spy from these teaser images is the potential addition of a forward-facing camera on the windscreen, suggesting active cruise control could be on the way: it’s an omission on the launch DB11 some have criticised. Camera functionality would also introduce more active safety features to the new drop-top Aston. 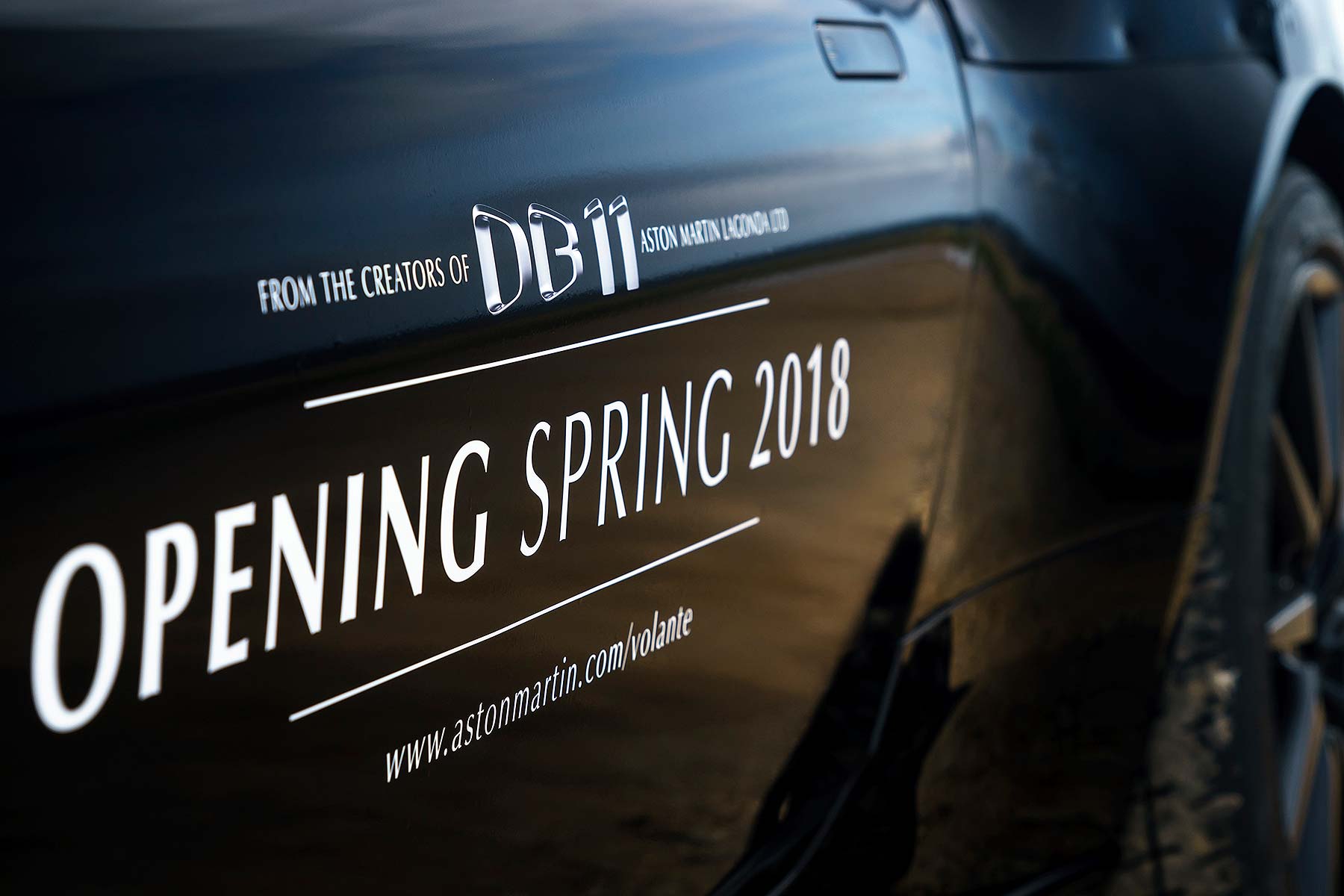 We’ll find out more in coming months: take it as confirmation, though, that the next chapter in the Aston Martin DB11 story will be roofless.