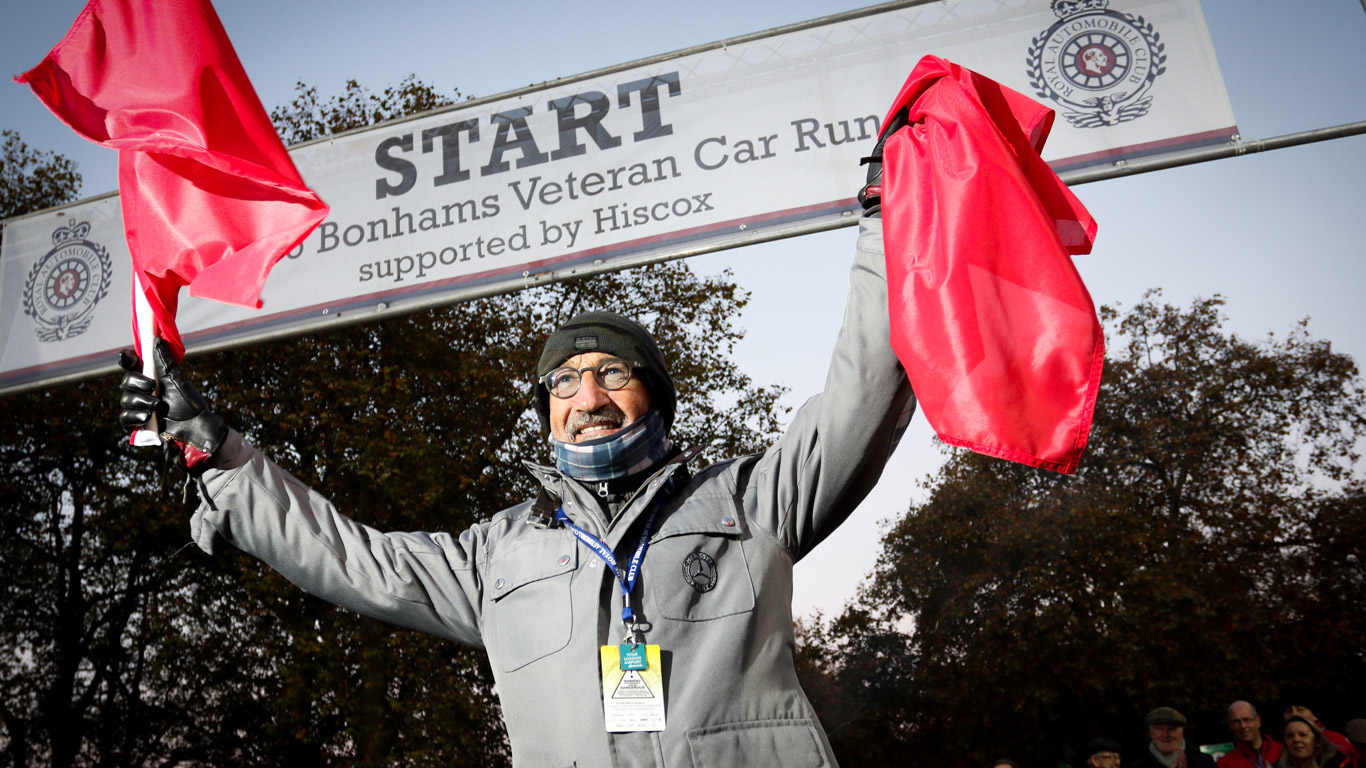 The first London to Brighton Veteran Car Run took place on a wet Saturday in November 1896. Back then it was called the Emancipation Run – a celebration of the 1896 Locomotives on Highways Act, increasing the national speed limit to 14mph and scrapping the requirement for an escort carrying a red flag to walk in front of any motorised vehicle.

The run has been a yearly event since 1927 (apart from a break during WW2), and this year 426 cars took part – compared to just 37 in 1927. It started at sunrise on Sunday morning, with F1 mogul and Top Gear host Eddie Jordan ceremoniously tearing the red flag. 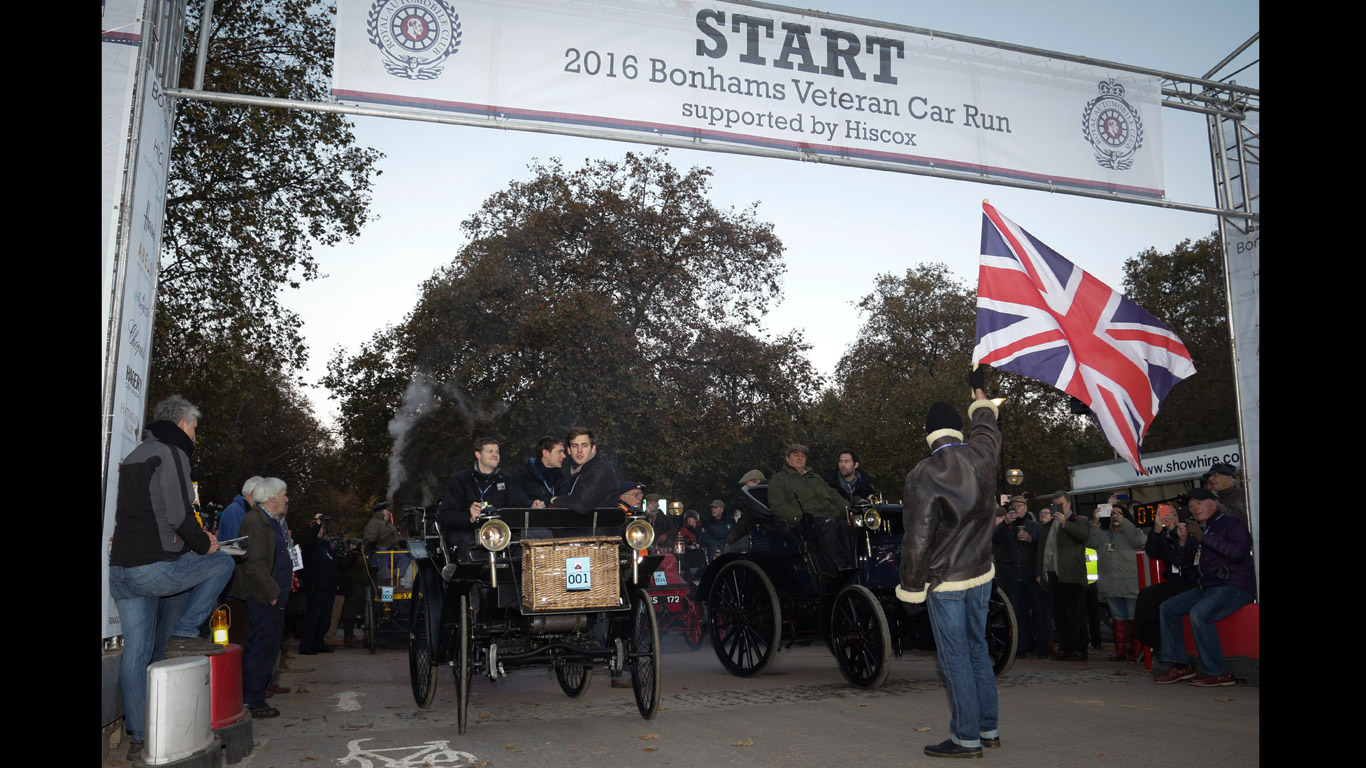 The first car in the run was also the oldest: BS 8360. The 1895 Peugeot is powered by a two-cylinder engine producing just 3.75hp and is owned by The Louwman Museum in the Netherlands. 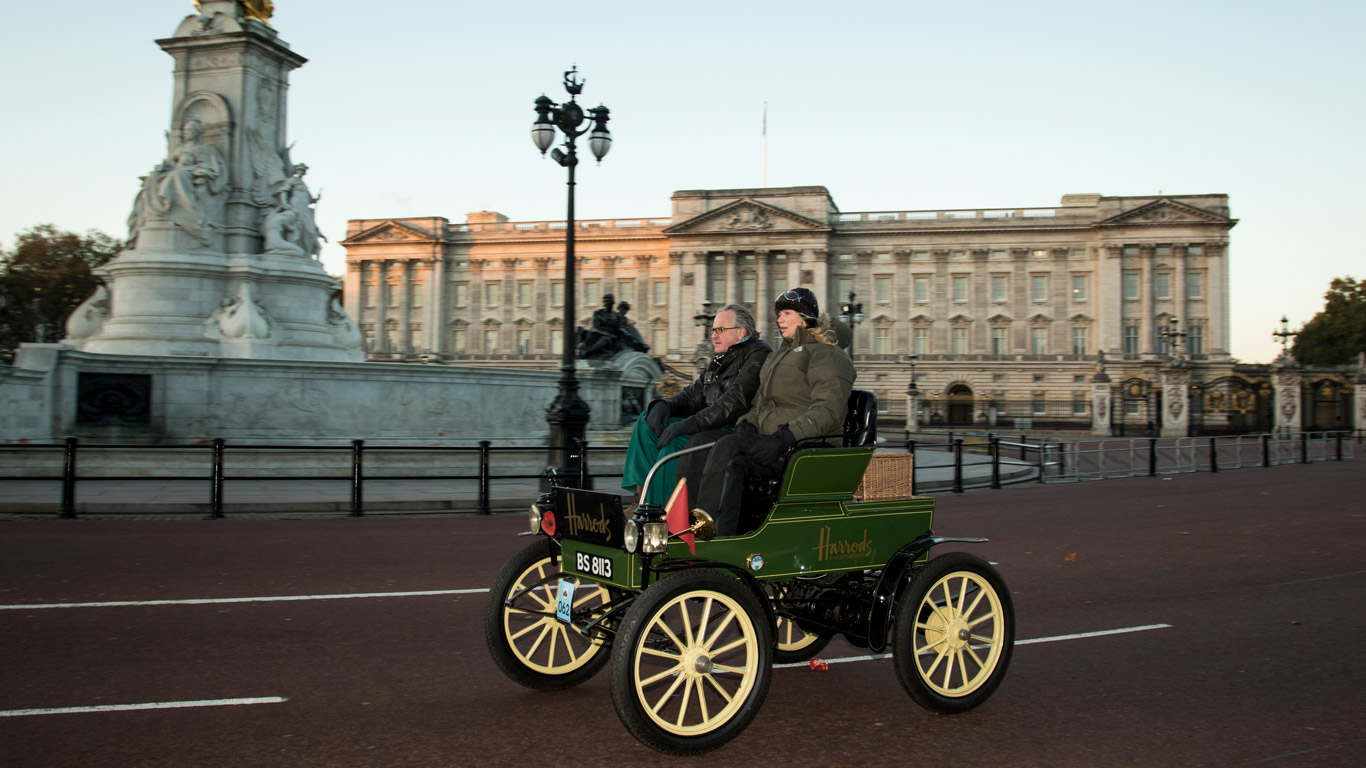 The event is popular with petrolhead celebs – here’s Jodie Kidd snapped in a Pope-Waverley electric car owned by Harrods, sponsors of the event. The model was previously rumoured to appear alongside Chris Evans on the latest series of Top Gear. 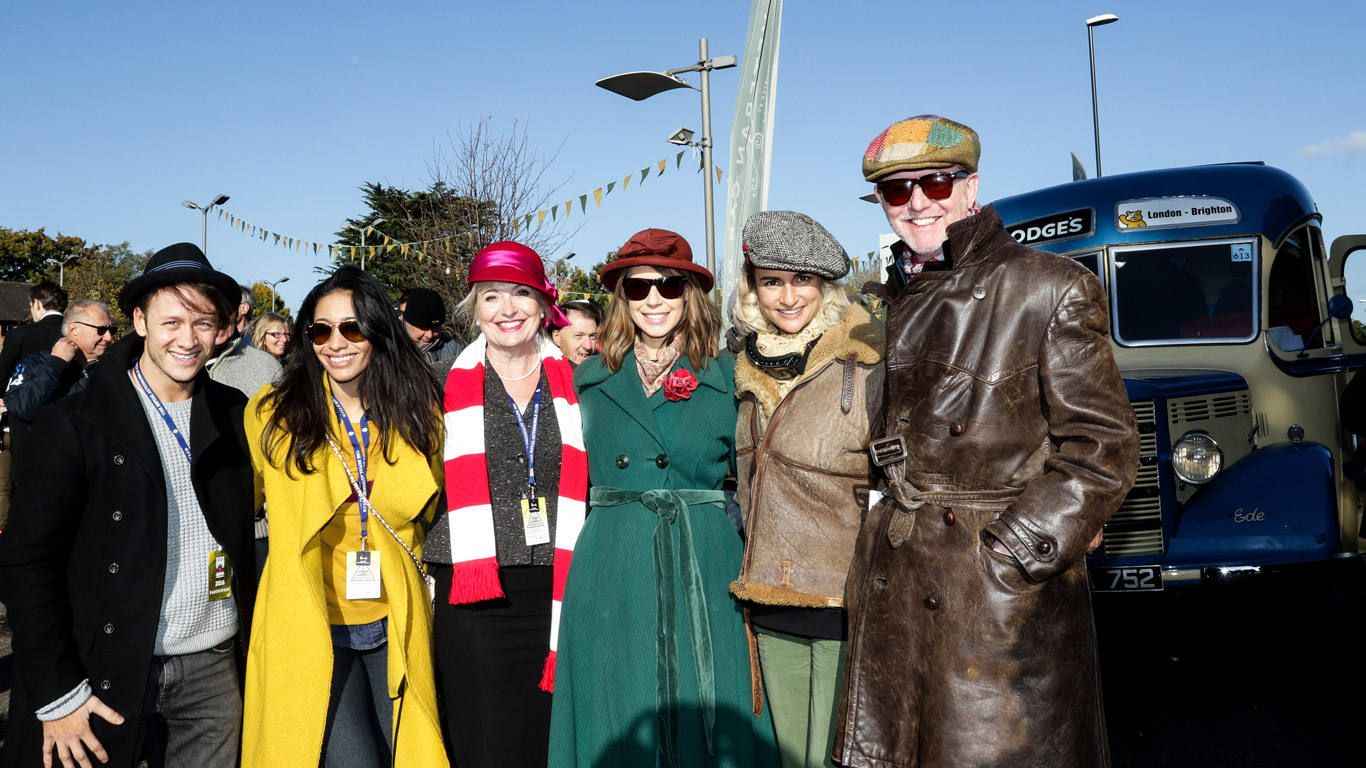 And talking of Chris Evans, here he is, snapped in front of a bus he drove along the London to Brighton route. He’s joined by dancers Kevin and Karen Clifton, weather presenter Carol Kirkwood and One Show host Alex Jones. 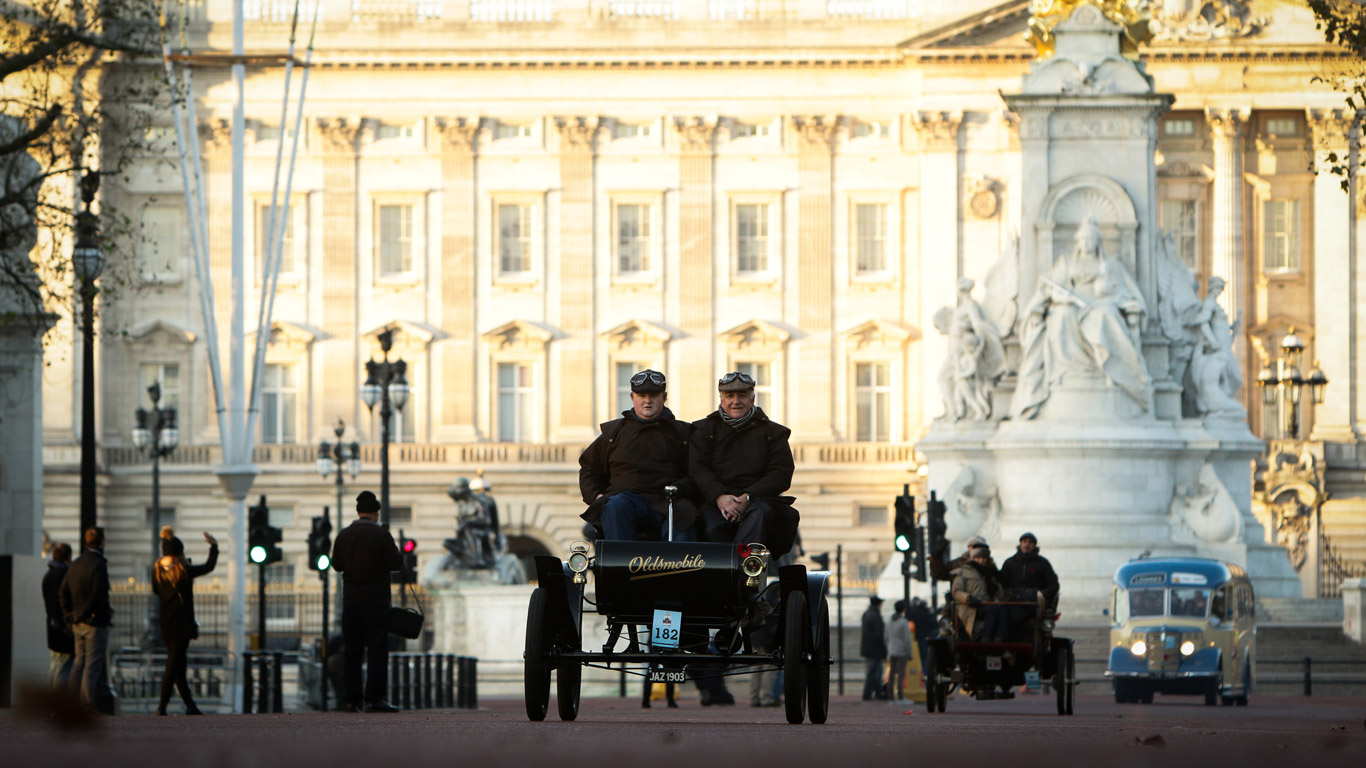 Participants travel through touristy areas of central London in the early hours of Sunday morning – it’s an incredible sight. Here’s a 1903 Oldsmobile curved-dash runabout driving up The Mall. 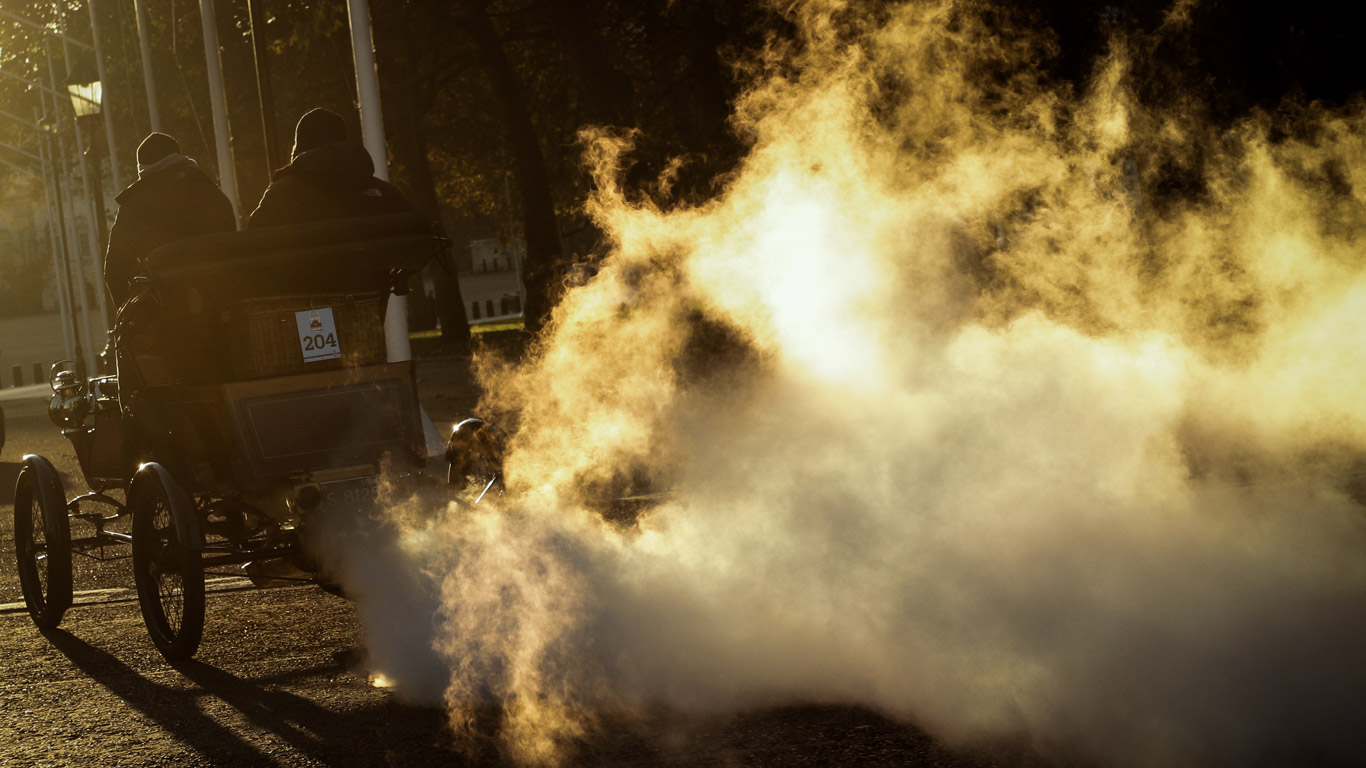 No, this car isn’t embarrassingly breaking down in front of Buckingham Palace (although there is a fleet of RAC vans on hand just in case) – it’s actually powered by steam. We expert Her Majesty heard it coming… 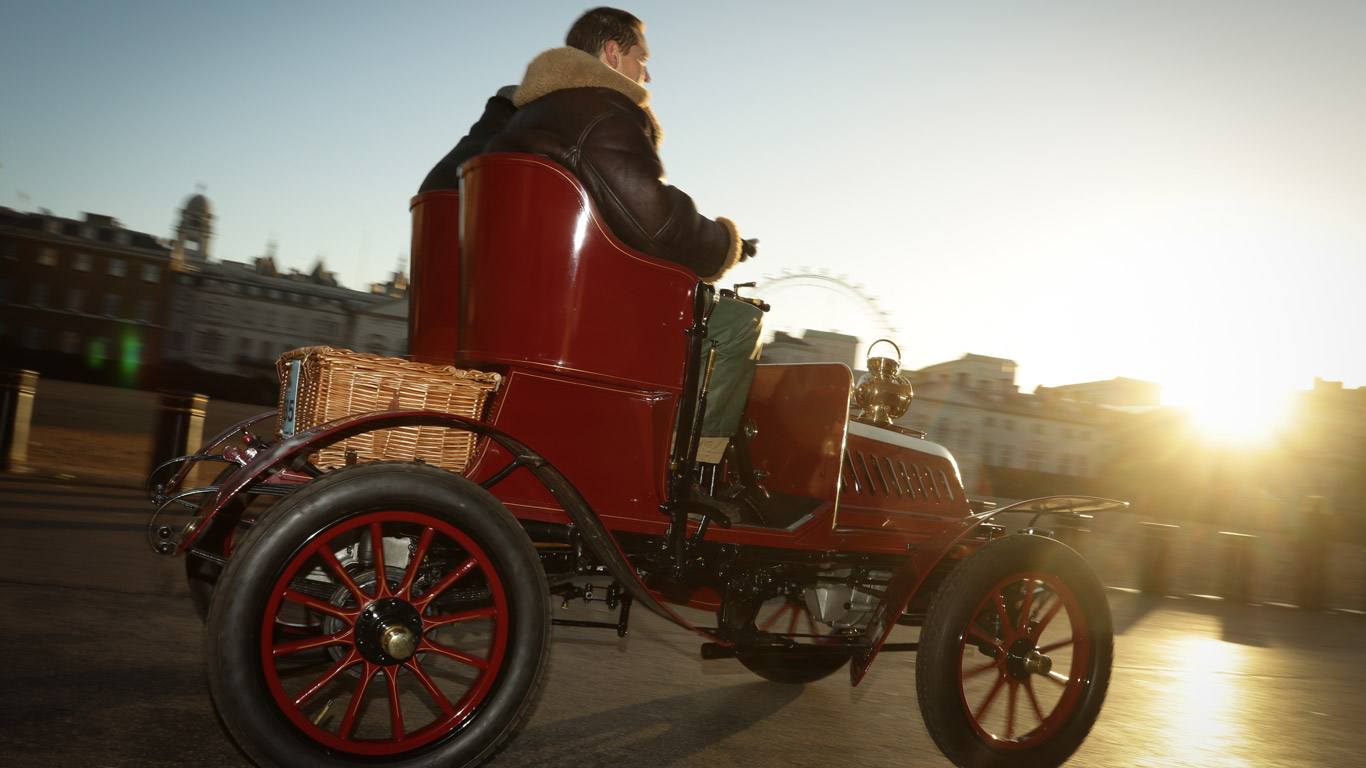 BS 8405, pictured here, is a 1904 veteran car produced by French firm, De Dion Bouton. At the time, it was the largest car manufacturer in the world, producing more than 2,000 vehicles a year – all built by hand. 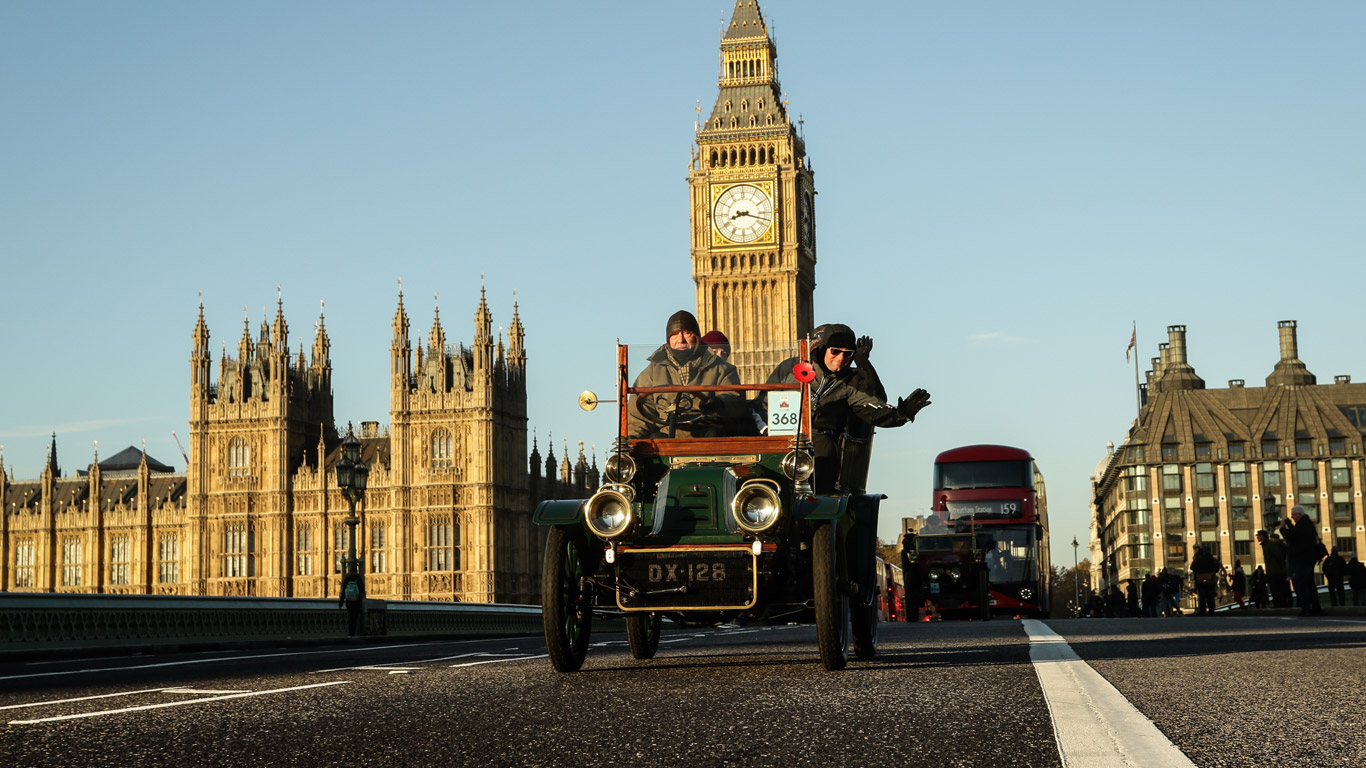 Spectators line the route from London to Brighton to cheer on drivers. Here, passengers in a Talbot two-seater are waving as they cross Westminster Bridge. 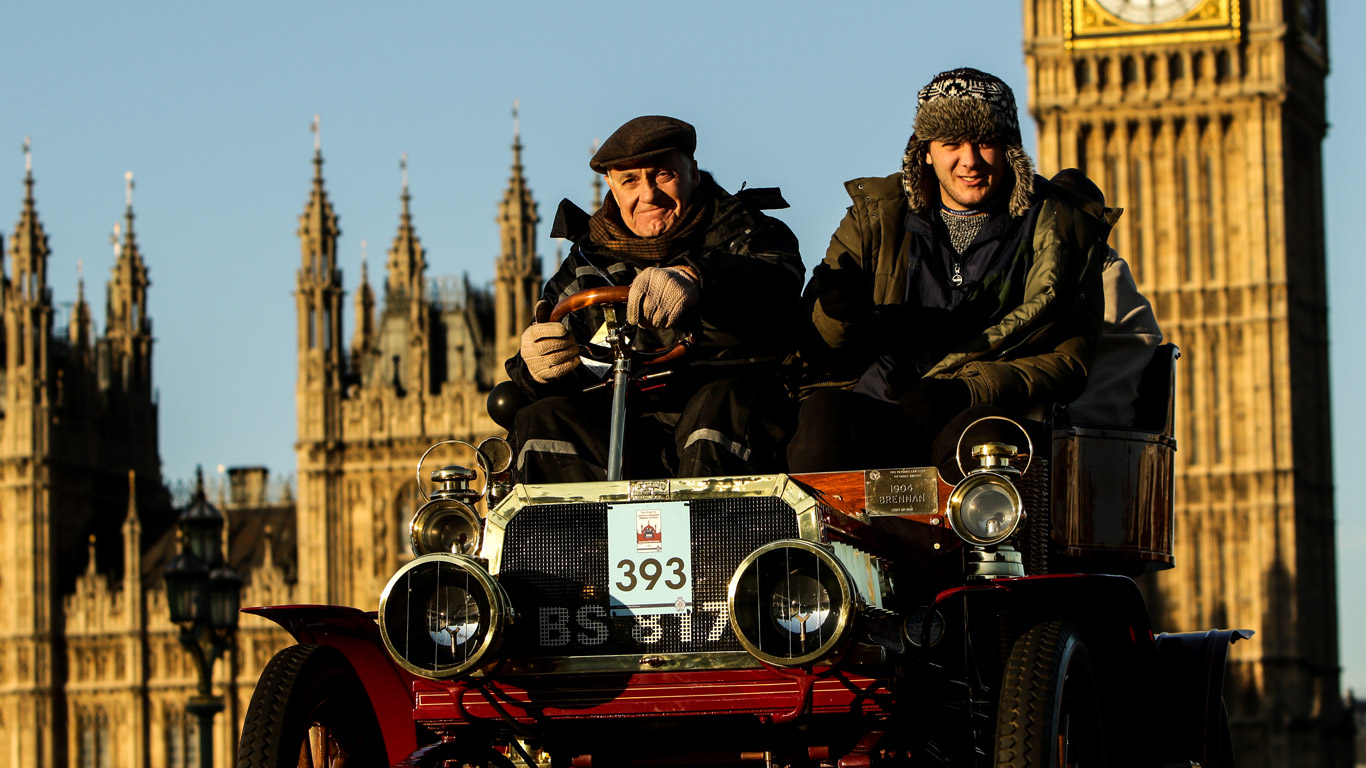 With temperatures close to freezing, cars like this 1904 Brennan offered little protection from the elements. Participants must have been very glad to stop for free cups of tea en-route! 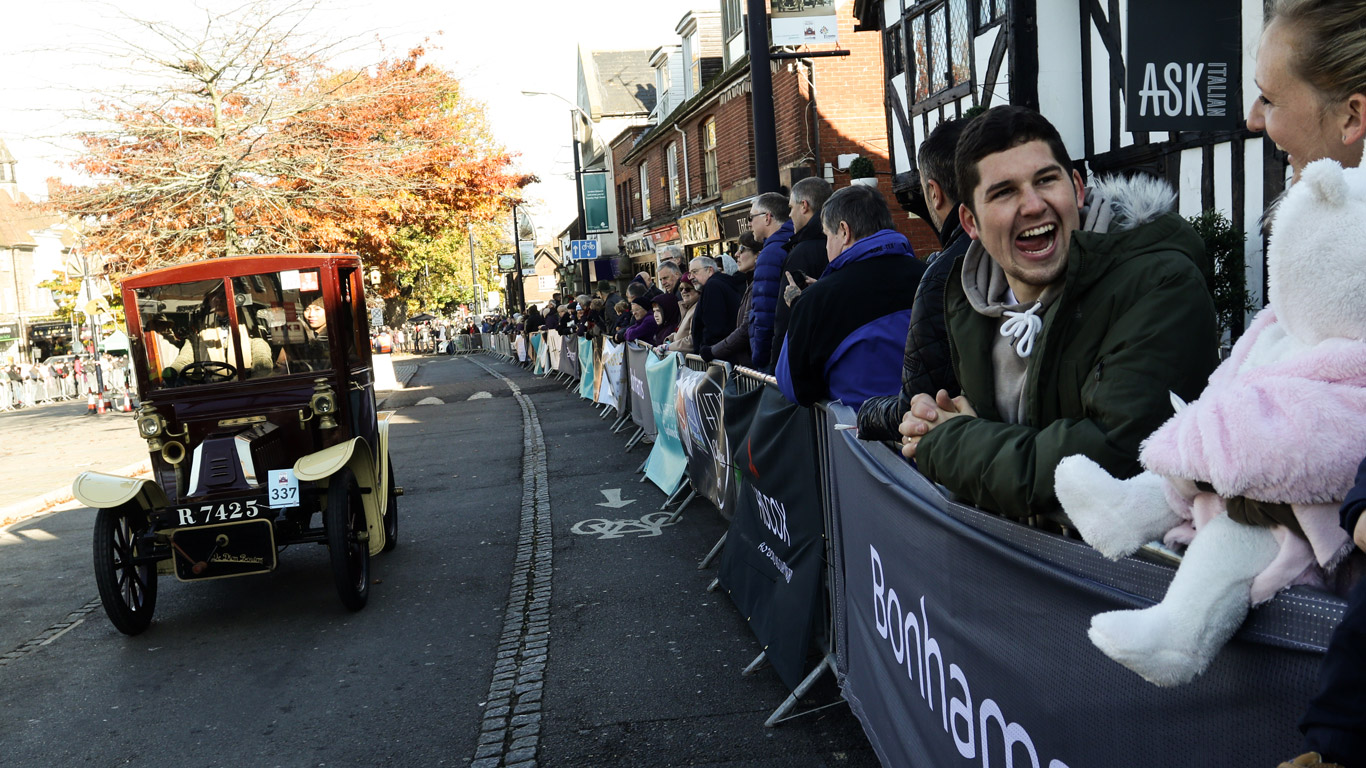 As the cars headed out of London and the sun came out, the crowds turning out to watch the run didn’t dissipate. Here they are cheering on another 1904 De Dion Bouton.

To see more pictures from Sunday’s London to Brighton Veteran Car Run, click through our gallery on MSN Cars