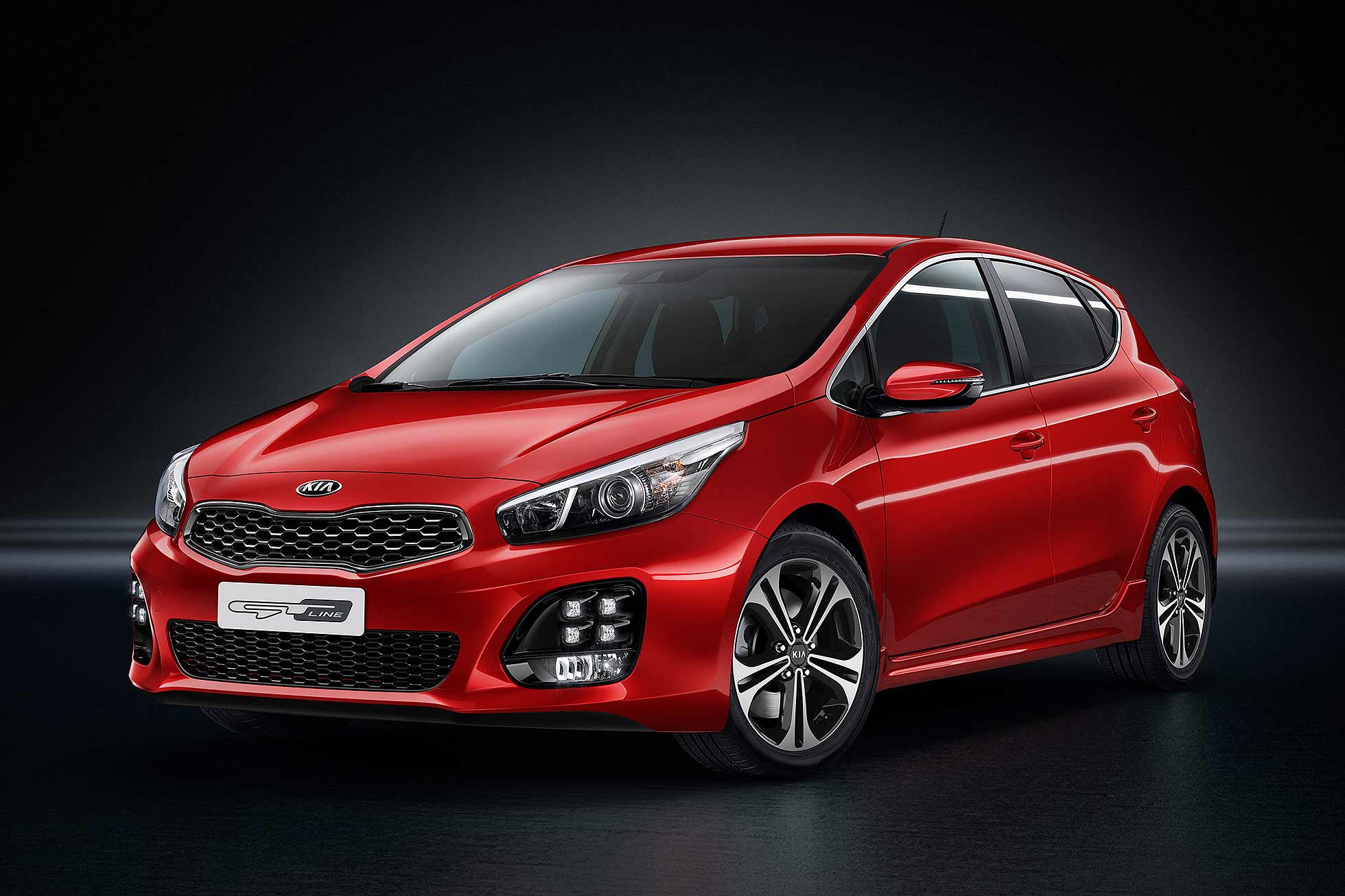 Set to debut at the 2015 Geneva Motor Show, the GT Line trim takes cues from the GT hot hatch, but blends it with more efficient petrol and diesel engines.

The launch of the new 1.0-litre T-GDi is the big news on the powertrain front. More economical than the current 1.6-litre GDi, it produces 120hp and 126lb ft of torque.

The downsized engine is the first in a range of smaller motors coming to Kia (and Hyundai) in coming years; for those who want even more economy, the GT Line is also offered with an improved 133hp 1.6-litre CRDi diesel.

Its improved 210 lb ft pulling power is available at lower revs and Kia says this has led to a small improvement in CO2 emissions (and, thus, a boost in fuel economy): final figures will be revealed once the engine is fully homologated in Europe.

The diesel is also available with more all-new Kia tech – a seven-speed DCT dual clutch transmission. Again, this is expected to roll out on other versions in time (so long as they dip under the 221lb ft of torque it’s limited to). 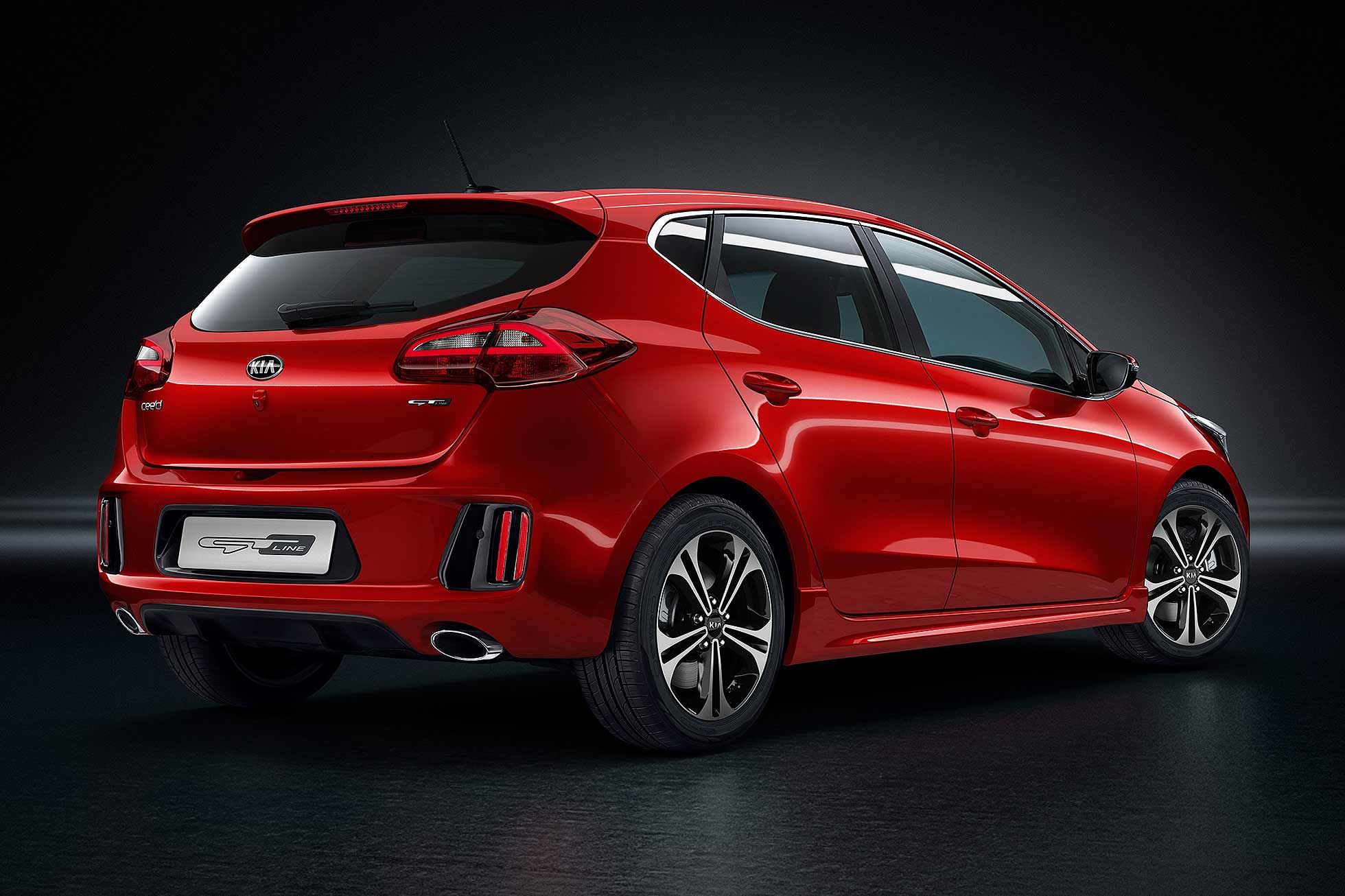 GT Line Cee’d get the same ‘ice cube’ LED running lights as the GT hot hatch, and the same bumpers front and rear: there are twin exahusts at the rear, plus LED lights, and a new design of 17-inch alloy.

Unlike the GT, the GT Line is offered as a Cee’d Sportswagon estate, as well as the five-door and Pro_Cee’d three-door hatchbacks.

Prices will be confirmed nearer the launch date of winter 2014.