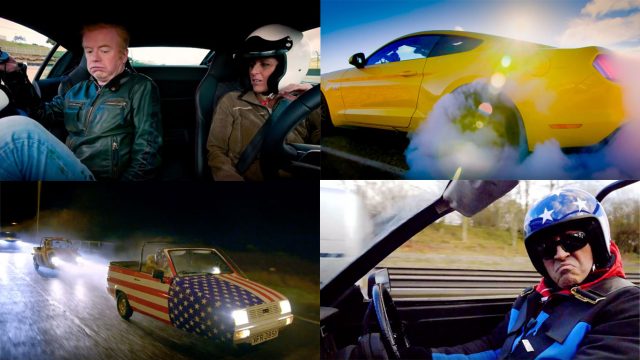 Much like a Rover Metro after hitting a lamppost, the new series of Top Gear has – by some – been written off before it has even started. But with old new Top Gear a dim and distant memory and new new Top Gear on the horizon, what do you need to know? We sift through the bombshells to find out… 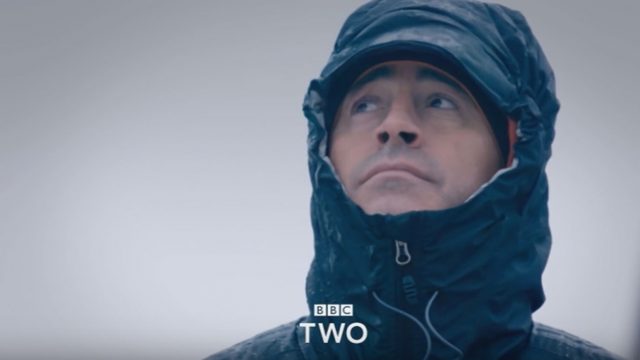 The wait is nearly over, because the new series of Top Gear premieres on 22nd May. Actually, that’s not true, because the first episode can now be seen on 29th May, with a planned worldwide simulcast. This is an attempt to cut down on the number of pirates keen to grab their pieces of 8pm. 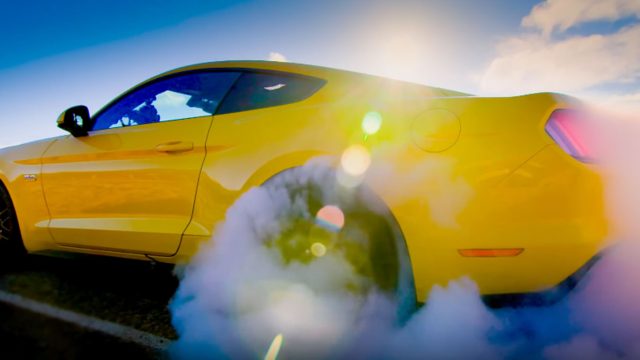 Time to settle down to enjoy the usual eight episodes?

New Top Gear was expected to continue with the eight-episode format, but with filming behind schedule, the series has been cut to six. Assuming the BBC sticks to one episode over six consecutive weeks, that means the final show will air at the same time as a Euro 2016 quarter final match. 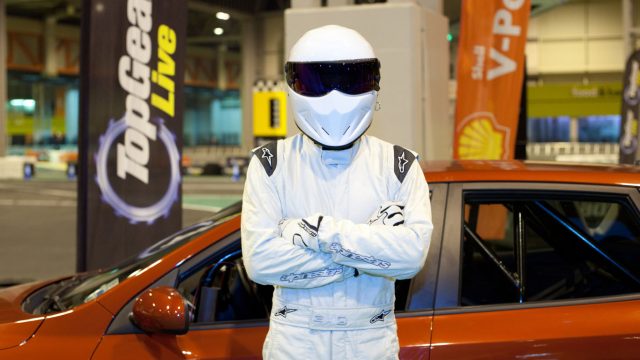 The Stig back where he belongs? Getaway!

Clarkson, Hammond and May might have gallopped off to Last of the Summer Prime, but the Stig is saying put. It will be good to see the helmeted one in his natural habitat and not wheeled in to help lift forgettable shows such as The Getaway Car. Bookmakers have stopped taking bets on Tom Hiddleston being the man behind the helmet. Probably. 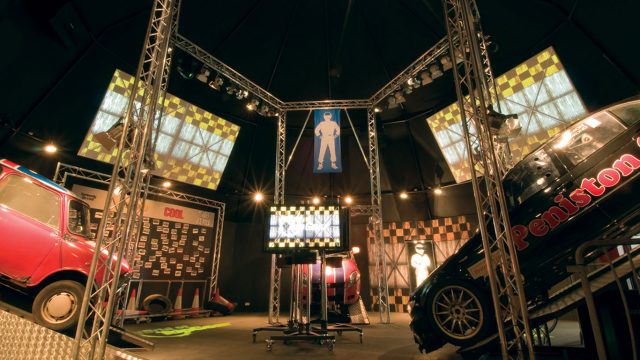 Actually, they have. According to the Radio Times, the track at the Dunsfold Aerodrome has been treated to a refurbishment, rumoured to have cost around £250,000. There’s apparently no truth in the rumour that – in order to house Chris Evans’ ego – the doors to the studio have been increased in size. 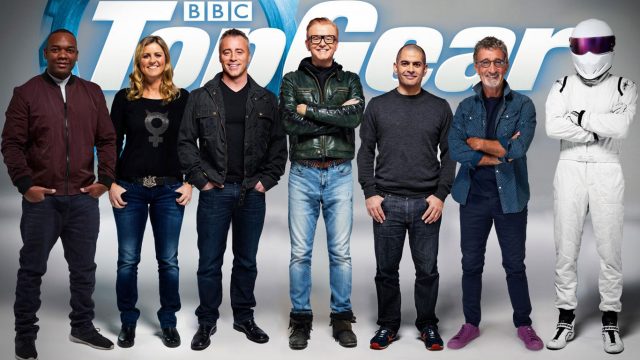 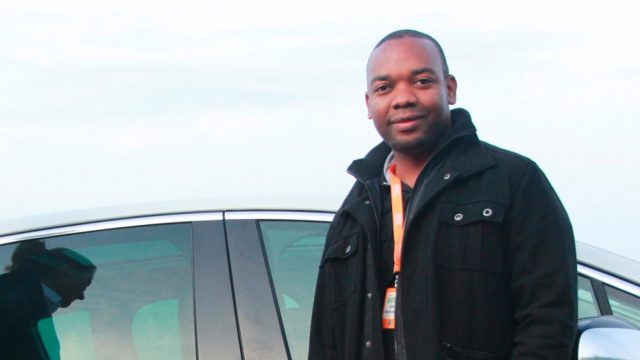 Hmm, yeah, about that. As is typical for modern entertainment shows, Top Gear will have its own spin-off series. Called Extra Gear, the online-only extravaganza will be hosted by Rory Reid and will feature behind-the-scenes footage, interviews and additional coverage not seen on the regular show. 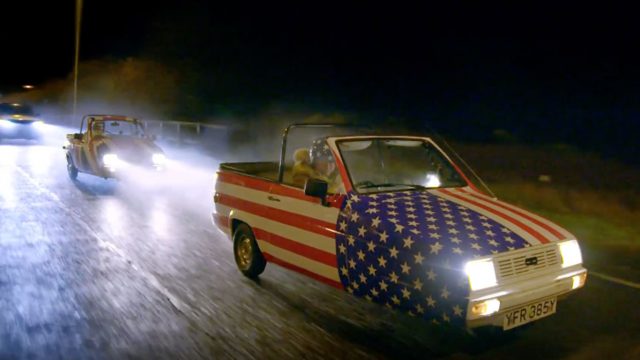 This slide eight – and we haven’t mentioned the cars!

Given the hype and hysteria surrounding the show, you’d be forgiven for forgetting Top Gear is a motoring programme. Naturally, you’ll find a pair of Reliant three-wheelers, in this case a couple of Rialtos. 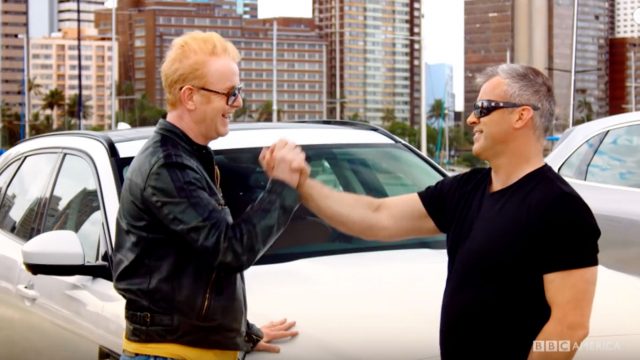 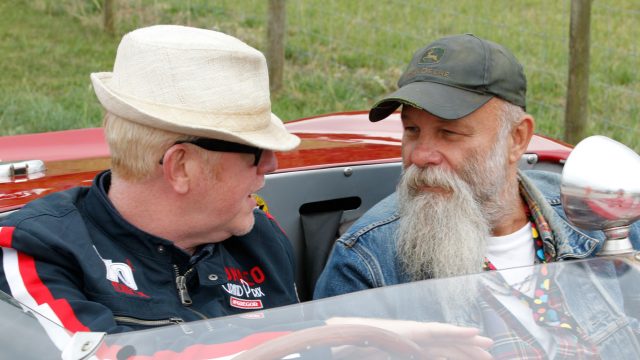 But any stars being placed in a reasonably priced car?

So far there’s been no mention or evidence of the Star in a Reasonably Priced Car. We know the Vauxhall Astra has been sold, so could this section of the show be consigned to the history books? Celeb fans need not worry, because the trailers have included the likes of Jenson Button, Seasick Steve and Sharleen Spiteri. 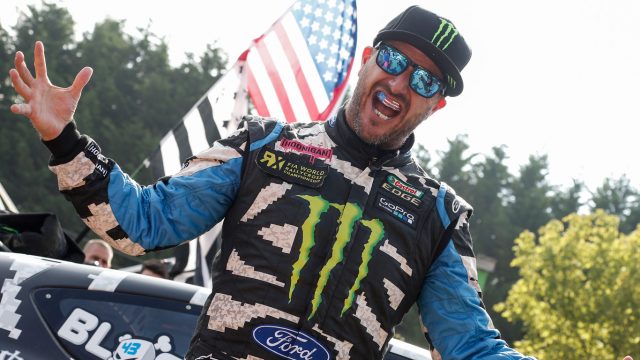 Can we expect much in the way of controversy?

If the stories of in-fighting, squabbles and resignations aren’t enough, new Top Gear was plunged into controversy when Matt LeBlanc and Ken Block were filmed doing ‘doughnuts’ close to the Cenotaph in London. According to James May, the feature was “possibly a little unwise [and] ill-advised”. 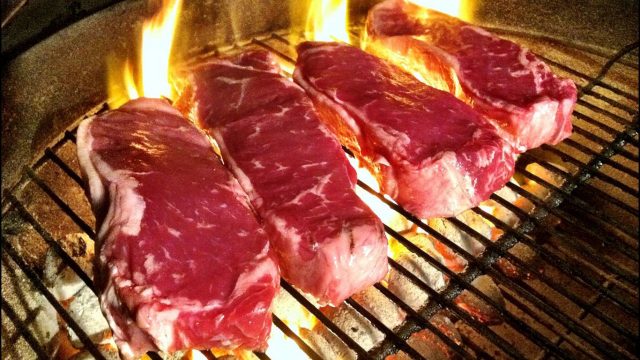 Will steak be off the menu?

Without the steak incident, it’s highly likely that Top Gear would have continued as before. No Amazon Prime deal, no speculation over new presenters, no change. How long before somebody decides to raise the spectre of cooked meat? Place your bets. 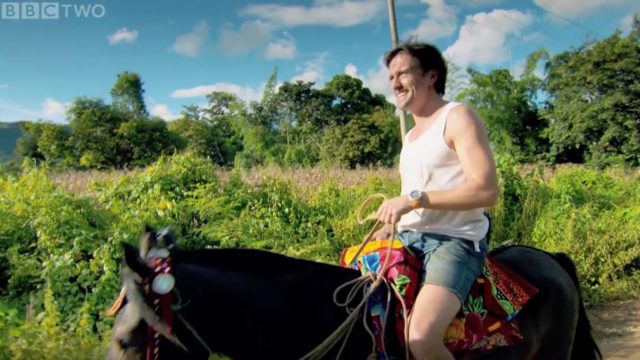 Does anybody get hurt in the new series of Top Gear?

Top Gear has a long history of people getting hurt. Richard Hammond was seriously injured when driving a jet-powered car in Yorkshire, while both Hammond and May have been sent flying off a horse. You may also remember Clarkson breaking his thumb while at the wheel of a Volvo 760. Trailers for the new series suggest there might be a couple of close calls for a sheep and some cyclists. 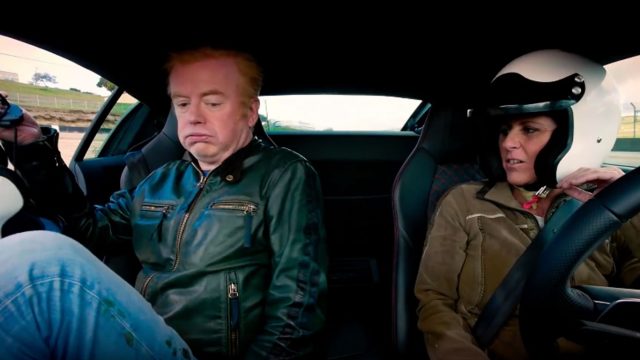 For years, Sabine Schmitz has been championed as a potential Top Gear presenter, so it will be interesting to see how she gets on. In the new series, the German takes Chris Evans for a lap of Laguna Seca, something that makes him physically sick. Strawberries are mentioned. 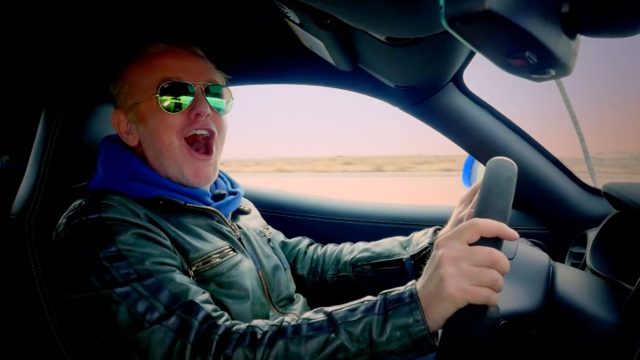 Still, at least Top Gear fans are pleased to see it back…

The hype surrounding the new series is matched only by the outpouring of hate directed at the show. In his Mail on Sunday column, Evans said: “I have no idea what it is that’s driving these malcontents to stoop so low, but I wish them well with their inner demons.” In a swipe at ‘the other’ motoring show, he said they are getting “ten times the cash but for a fraction of the audience”. Meow. 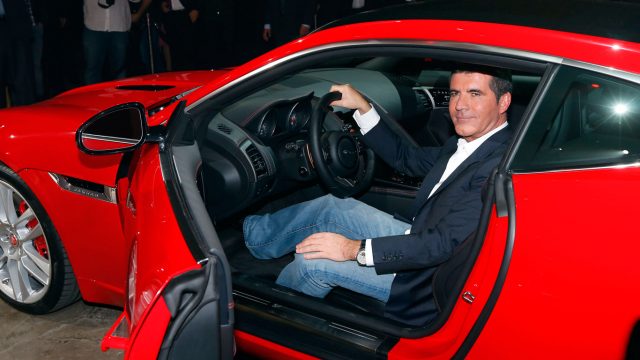 What will I be missing on the other side?

Part of the reason behind moving Top Gear to 29th May was the potential clash with ITV’s popular Britain’s Got Talent. The first live semi-final is scheduled to air on 22nd May at 8pm. The BBC’s decision gives Cowell, Holden, Dixon and Walliams free reign to dominate the Sunday evening ratings. 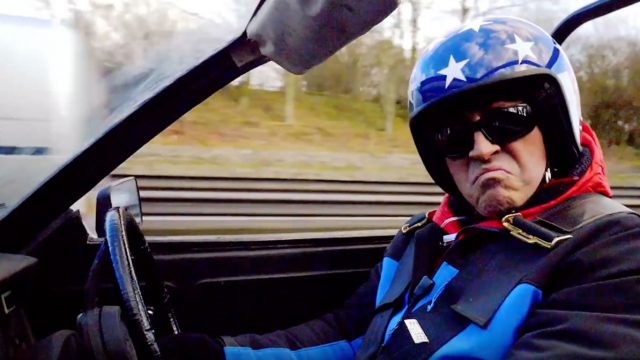 Tell me more about the simulcast

Of course, you don’t need to be sat by your television set to enjoy Top Gear. The show will also be available on the BBC iPlayer, with the first episode being broadcast simultaneously in up to 50 countries. So if you’re in parts of Australia, Africa and the Middle East, set your clocks to 8pm GMT. 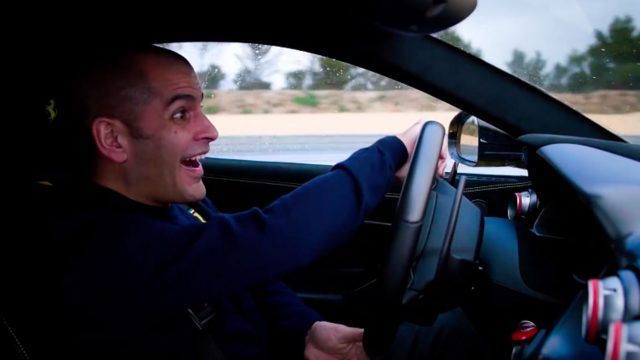 Of course, you want to know more about the cars. Well, you can expect to see Chris Harris  in a Ferrari FF TDF, Zenos E10, Dodge Viper ACR, Chevrolet Corvette Z06, Land Rover Series 1 and a Willys Jeep. As yet, we haven’t seen any Morris Marinas. Or pianos for that matter. 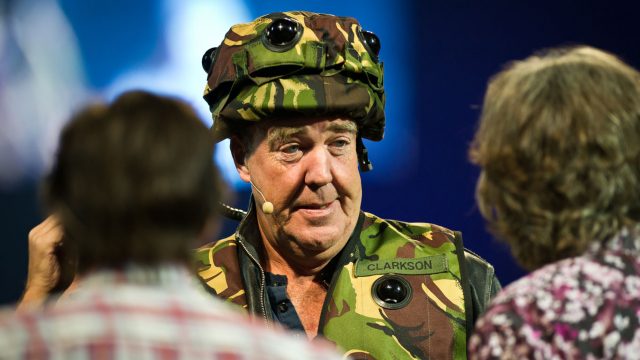 What about Clarkson, Hammond and May?

Unless you’ve been living in a cave for the past few months, you’ll be aware that Clarkson, Hammond and May are off to do their own thing on Amazon Prime. ‘The Grand Tour’ will launch in autumn 2016, giving Top Gear the chance to get re-established before the old guard hit our screens.

When will the hype go away?

The hype is expected to continue before the first show is aired and is likely to hit fever pitch around 8.01pm on 29th May. Top Gear will be trending on Twitter and people will be keen to share their views with anyone who will listen. Following Clarkson, Hammond and May is a little like following Alex Ferguson at Man Utd. Tough gig. 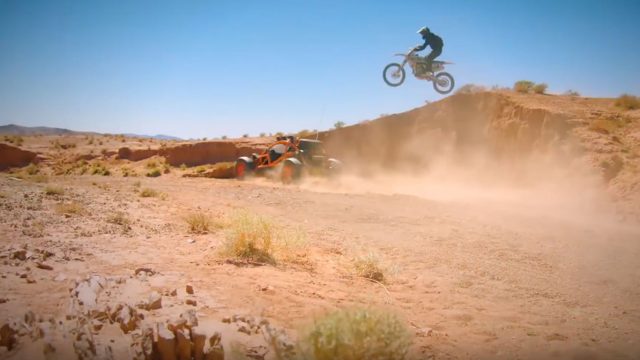 Type ‘Top Gear crisis’ into a well-known search engine and you’re greeted with over 4.5 million web pages. There’s no doubt that the BBC and the new TG team are under pressure to perform, but surely it’s time to chill out and revel in the fact that the world’s favourite car show is back? We’ll be tuning in. Will you?