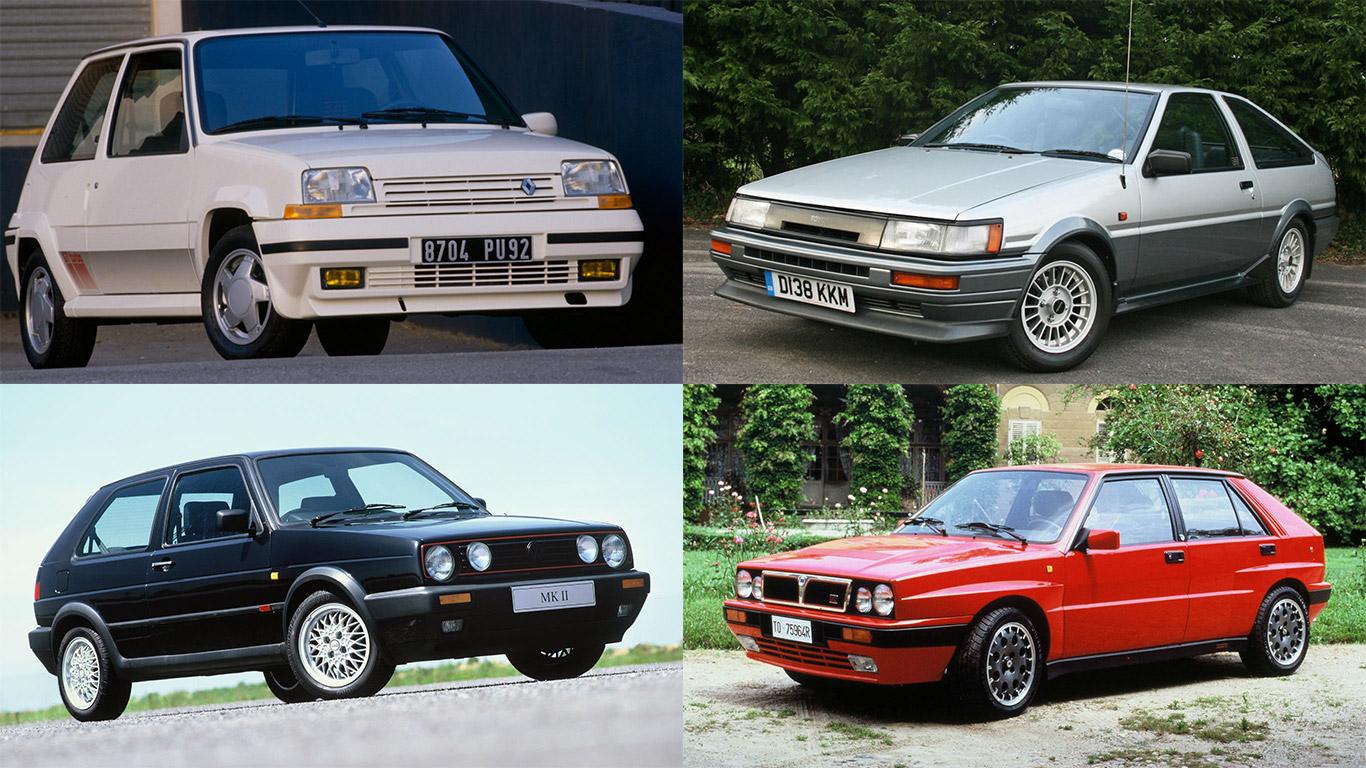 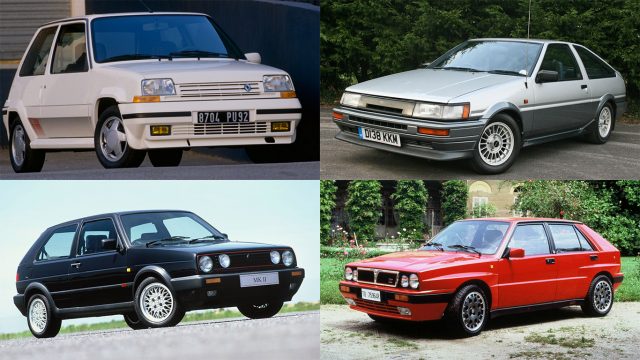 Born in the 1970s, the hot hatch exploded in popularity during the 1980s, offering power to the people like never before. Today, these icons of their era are fast-appreciating classic cars. We’ve rounded-up the 20 greatest hot hatches of the 80s – do you agree with our choices? 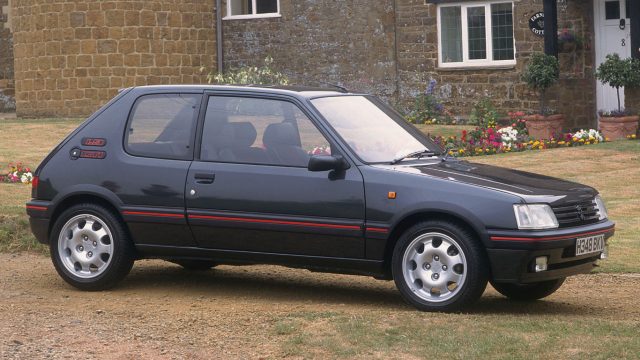 Where else to start but with the Peugeot 205 GTI? Chic styling, superb steering and finely-balanced handling made for a near-irresistible package. Buyers could choose from 105hp (later 115hp) 1.6-litre or 126hp 1.9-litre engines, plus a convertible CTI. Recently voted the greatest hot hatch of all time, the best examples now fetch in excess of £20,000. 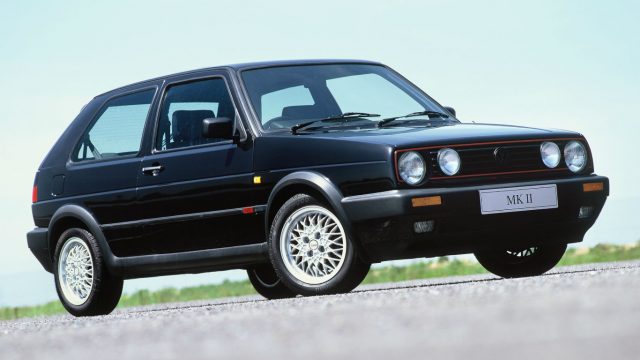 If a 205 seems a bit fragile (or expensive), how about a Mk2 Golf GTI? With its red go-faster stripes and aspirational Volkswagen badge, the Golf encapsulates the 80s like few other cars. The 112hp 8v GTI was launched in 1985, with the high-revving 139hp 16v following in 1986. Practical and solidly-built, the Golf makes for a great daily-driver classic. 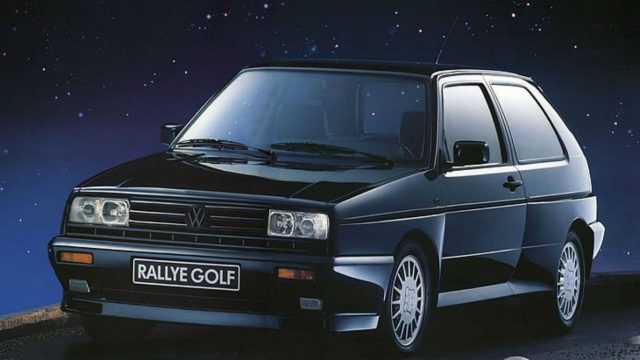 Looking like a GTI after several months at the gym, the wide-arched Golf Rallye was a homologation special. It boasted four-wheel drive and a 160hp 1.8-litre supercharged engine. Only 5,000 were made, although the Rallye’s G60 engine also saw service in the Corrado, Passat and super-rare 16v Golf Limited. 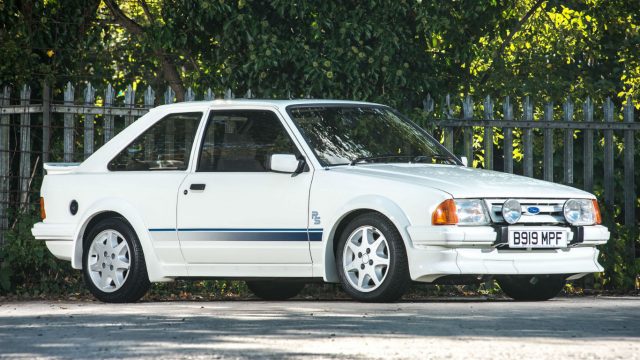 Like some of its owners, the original Escort RS Turbo was a bit rough around the edges. It certainly isn’t the greatest hot hatchback to drive, but it was quick (132hp was a big deal in 1985) and looked great. All 5,000 cars were painted white – apart from a single black example built for Princess Diana. 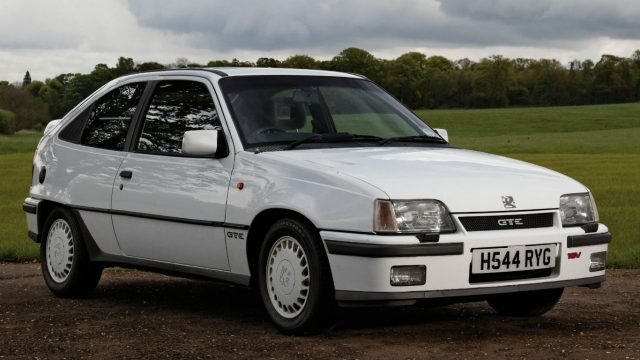 Vauxhall’s riposte to the RS Turbo was the Mk2 Astra GTE 16v. With 158hp, it was one of the most powerful hot hatches of the 1980s. The benchmark 60mph arrived in just 7.0 seconds, with a touch of torque steer along the way. The Astra’s aerodynamic styling has aged remarkably well – its digital dashboard, less so. 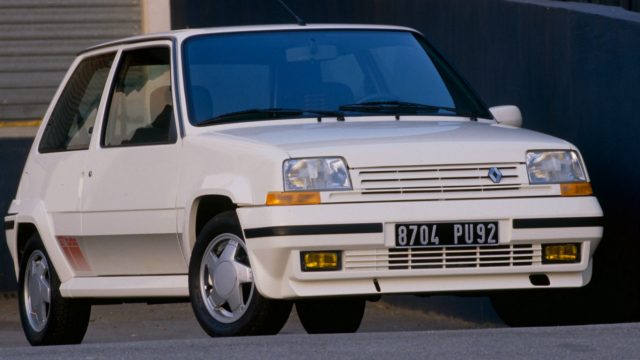 After the bonkers mid-engined 5 Turbo and Turbo 2, the 1985 GT Turbo was Renault’s mainstream hot hatch. It packed a revvy 115hp 1.4-litre engine and blasted to 60mph in 7.5 seconds. A darling of the Max Power tuning scene, there are few standard GT Turbos left – and prices are rising rapidly. 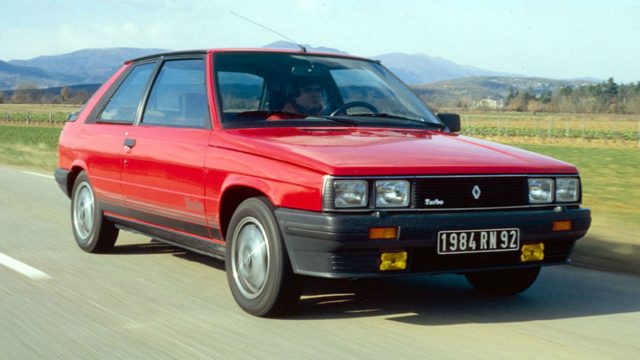 The same 115hp 1.4-litre turbocharged engine was used in the Renault 11 Turbo. Although not as quick as the lightweight 5, the 11 is much rarer – we couldn’t find a single one for sale in the UK at the time of writing. It was also a successful rally car, winning several national rally championships in the late 1980s. 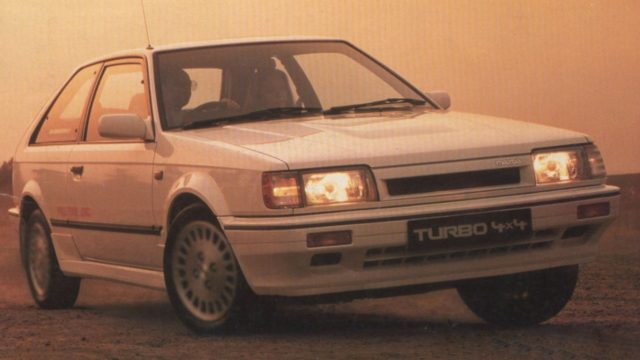 Bristling with retro rally cool, the Mazda 323 4×4 Turbo had a 151hp 1.6-litre turbocharged engine and four-wheel drive. No wonder Motoring Research’s Gavin Braithwaite-Smith calls it the ‘Japanese Integrale’. Only 500 were sold in the UK and a mere 13 remain on the road. 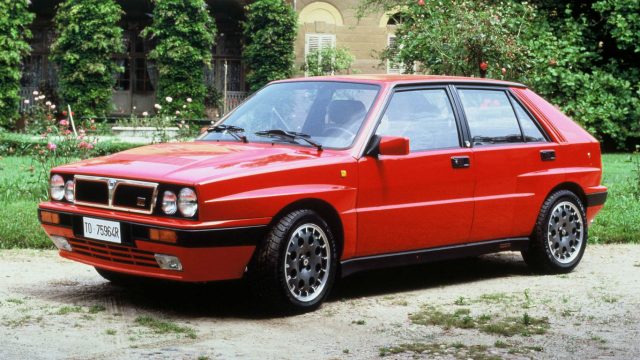 So that was the Japanese Integrale – now here’s the real thing. The hot Delta is most famous for its success at rallying, but was also a formidable road car. The original Integrale 8v produced 188hp from its 2.0-litre turbocharged engine, although later Evoluzione models made up to 215hp. The very best Integrales now fetch in excess of £50,000. 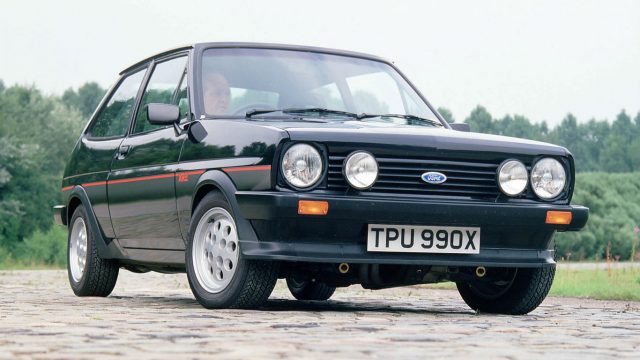 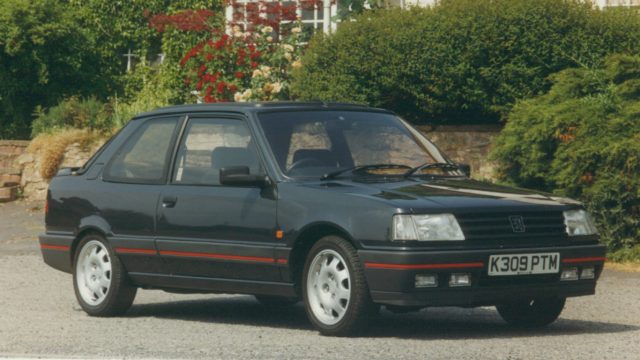 While the 205 GTI grabs the headlines, the frumpier 309 GTI provides similar thrills for much less cash. The 309 borrowed the more powerful 126hp 1.9-litre engine from its little brother, and was reckoned by road testers at the time to offer even better handling. A 16-valve GTI-16 version was also built, but never sold in the UK. 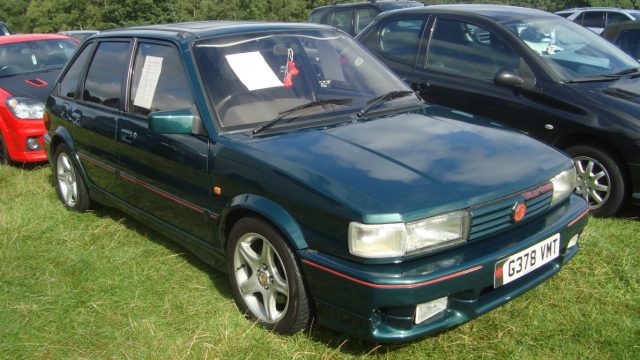 While we’re on the subject of unsung heroes, how about the MG Maestro Turbo? Trumpeted in advertising as being faster than a Golf GTI, the bodykitted Brit could hit 60mph in just 6.7 seconds. Top speed was 128mph. Only 505 were made and less than 20 are still on the road. 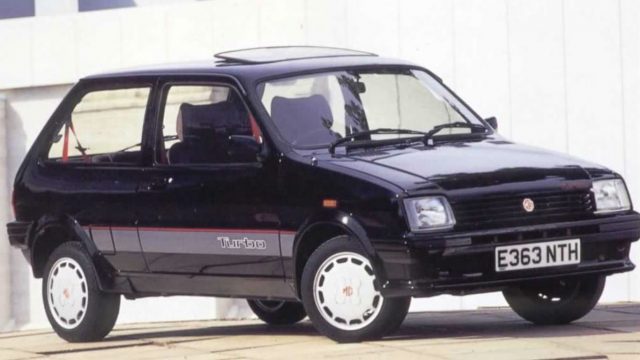 Another British car, another memorable ad campaign. The Metro was sold as ‘The British car to beat the world’, and the MG Turbo version was its flagship. With 94hp, it could reach 60mph in 8.9 seconds and boasted handling that was allegedly tuned by Lotus. 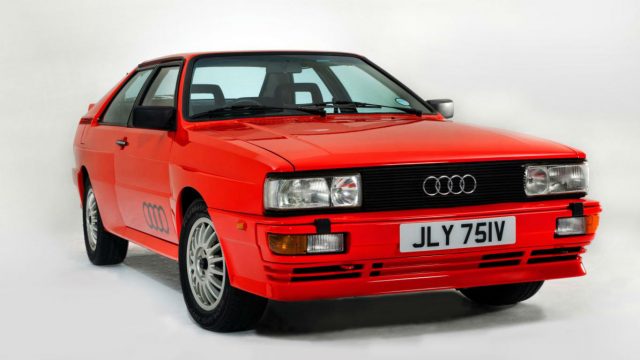 The Audi Quattro probably isn’t the first car that springs to mind when we say ‘hot hatch’. But this road-going rally car has a hatchback – and boy, is it hot. Launched in 1980, the ‘Ur-Quattro’ had a 200hp five-cylinder engine and four-wheel drive. The 1989 20v version upped output to 220hp, cutting the 0-60mph dash to just 6.2 seconds. 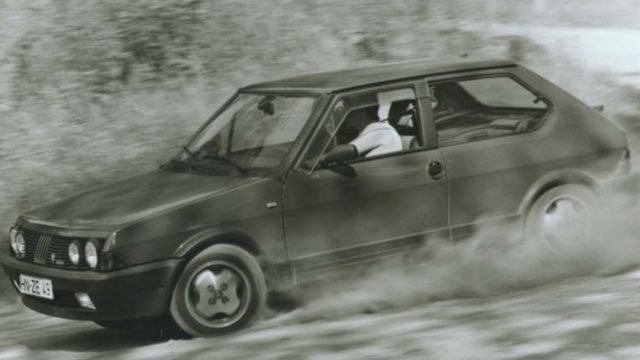 Carburettors were becoming pretty old-school by 1983, but there was no arguing with the noise of the twin Solexes or Webers fitted to the Abarth 130tc. With 130hp, the hottest Strada (called Ritmo in Europe) could hit 62mph in a brisk 7.8 seconds. Even a perfect 130tc should set you back less than £5,000 – if you can find one. 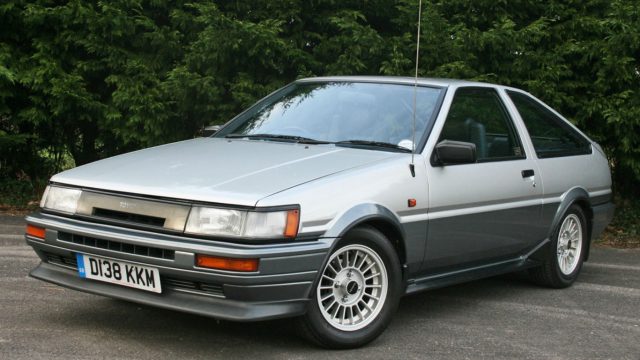 If you fancy a cheap Corolla GT AE86, you’ve missed the boat. Starring roles in Gran Turismo and the cult Initial D drifting film mean the best examples of this outwardly humble hatchback can nudge £20,000. Key to the Toyota’s appeal is its playful rear-wheel-drive chassis, which begs to go sideways at every opportunity. 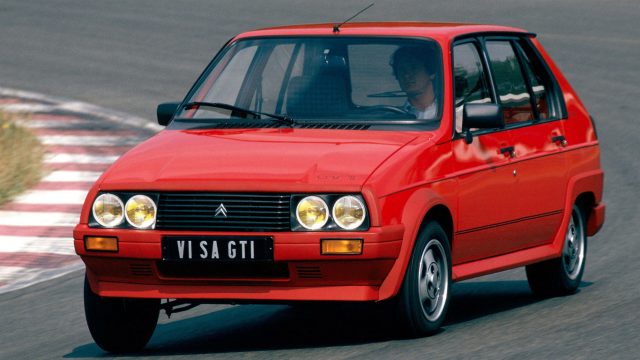 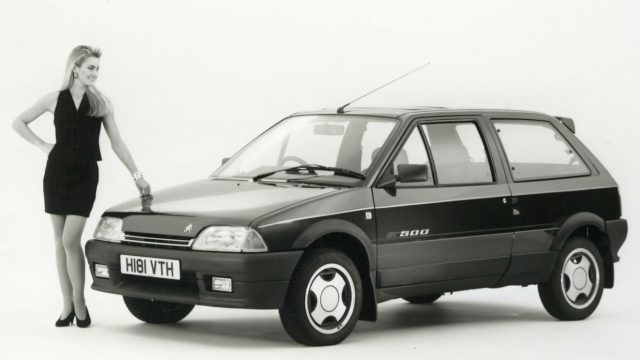 Citroen also made an AX GTI, but a 1992 launch-date disqualifies it from this round-up. However, the less powerful AX GT was still a credible hot hatch; a modest 86hp from its 1.4-litre engine worked wonders in a car weighing less than 850kg. Fragile, but fun. 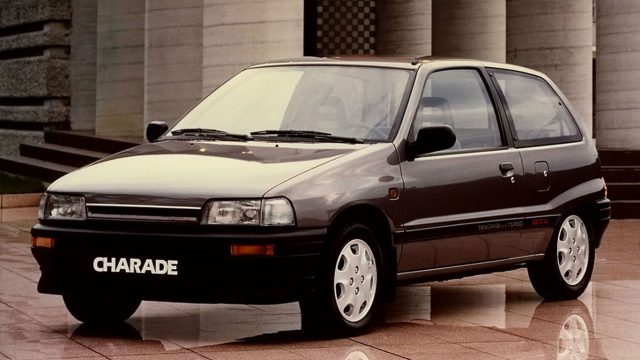 No, that isn’t a mis-print, the sportiest Charade did have an extra ‘t’ to its name. In 1987, the GTti was the world’s most powerful 1.0-litre production car, with a turbocharged three-cylinder engine producing 100hp. It sprinted to 60mph in 8.0 seconds, topping out at 114mph. 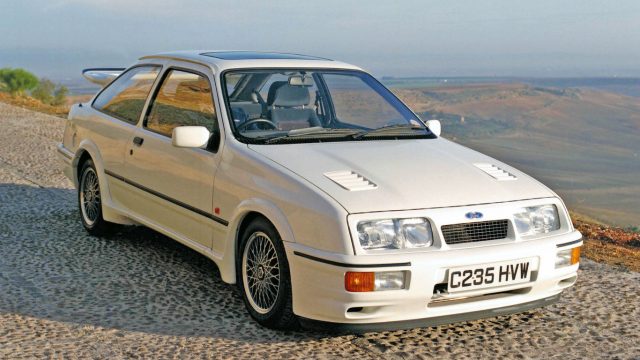 Bigger – and badder – than your typical hot hatchback, the mighty Sierra RS Cosworth is a fitting way to finish our top 20. It packed a 204hp 2.0-litre turbocharged engine for 0-60mph in 6.5 seconds and a heady 149mph top speed. It beat all-comers on the racetrack and its huge rear wing launched a thousand copycat bodykits. We want one.