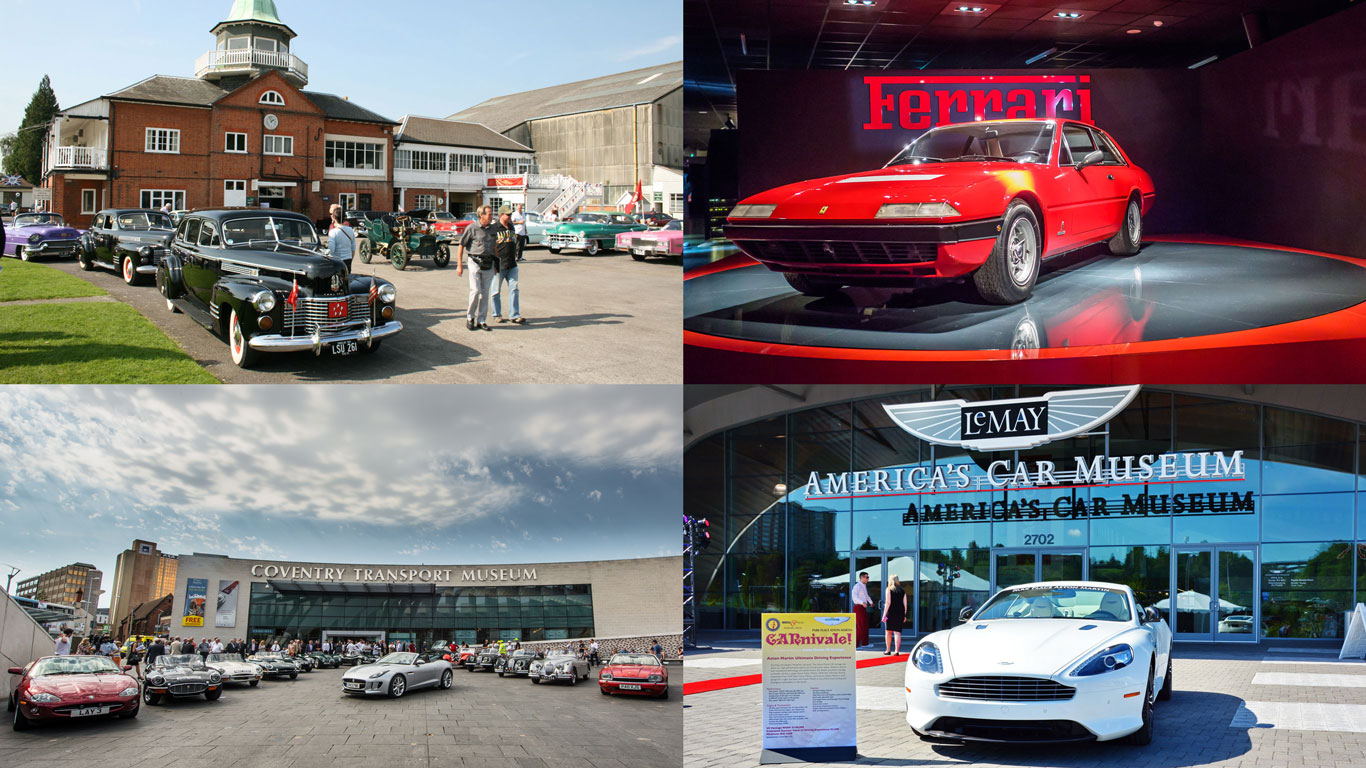 Just to prove there’s a museum out there for everyone, we’ve picked 20 of the best car museums from around the world. Which would you most like to visit?

It’s the museum where children’s TV favourite Brum was filmed, and can still be found. A delightful car museum set in the quaint Cotswold village of Bourton on the Water.

The best thing about the Coventry Transport Museum is it’s free, and located in the centre of Coventry. That way you don’t even have to be a car person or make a special effort to visit it. You could combine it with shopping or a trip to the nearby cathedral. 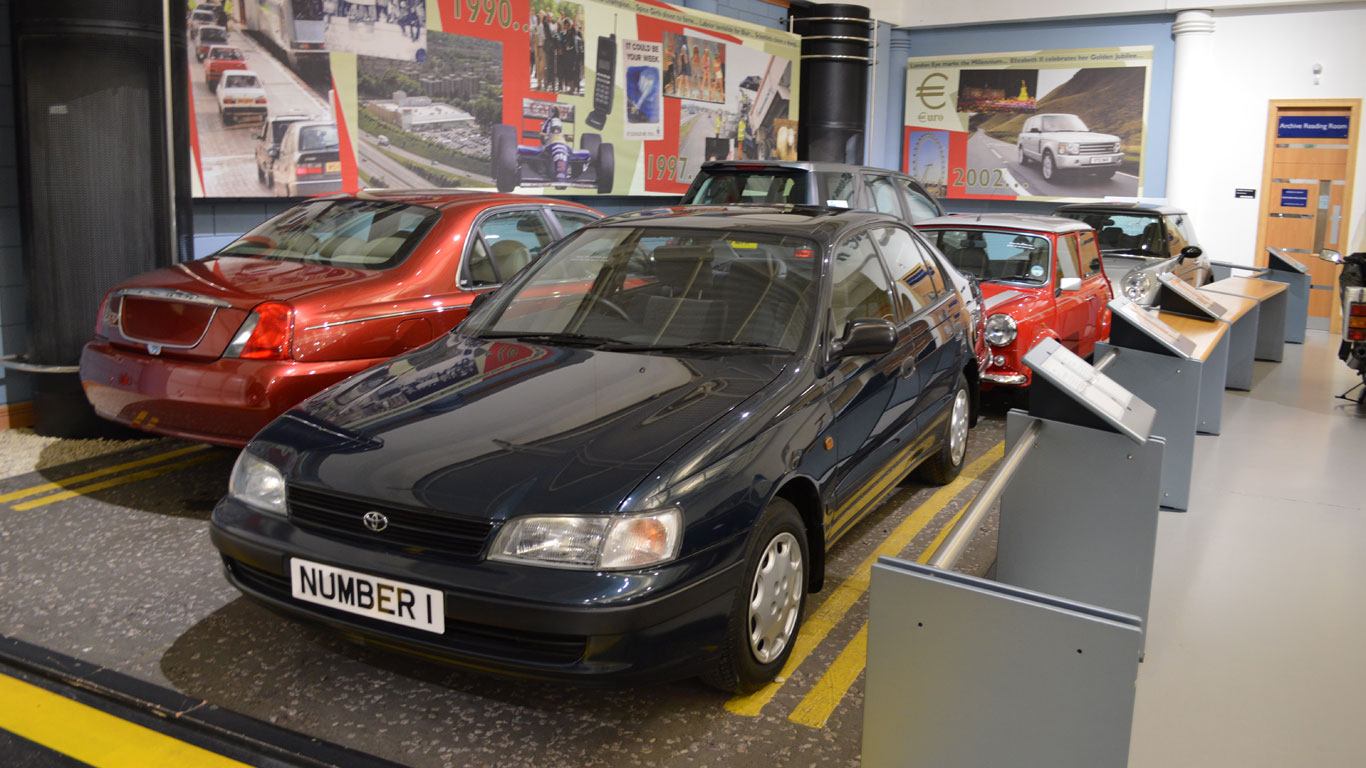 Located in the grounds of Jaguar Land Rover’s test centre in the Warwickshire countryside is the recently refurbished (and renamed) British Motor Museum. It celebrates all that is good (and bad) about Britain’s motoring heritage. It’s home to around 300 cars, from rare prototypes to cool concepts. While you’re there, check out the Collections Centre next door.

In the heart of the New Forest, the National Motor Museum contains around 250 cars, as well as special exhibitions dedicated to the likes of Top Gear and James Bond. Some say, the Stig himself has been lying low there since Clarkson’s fracas… 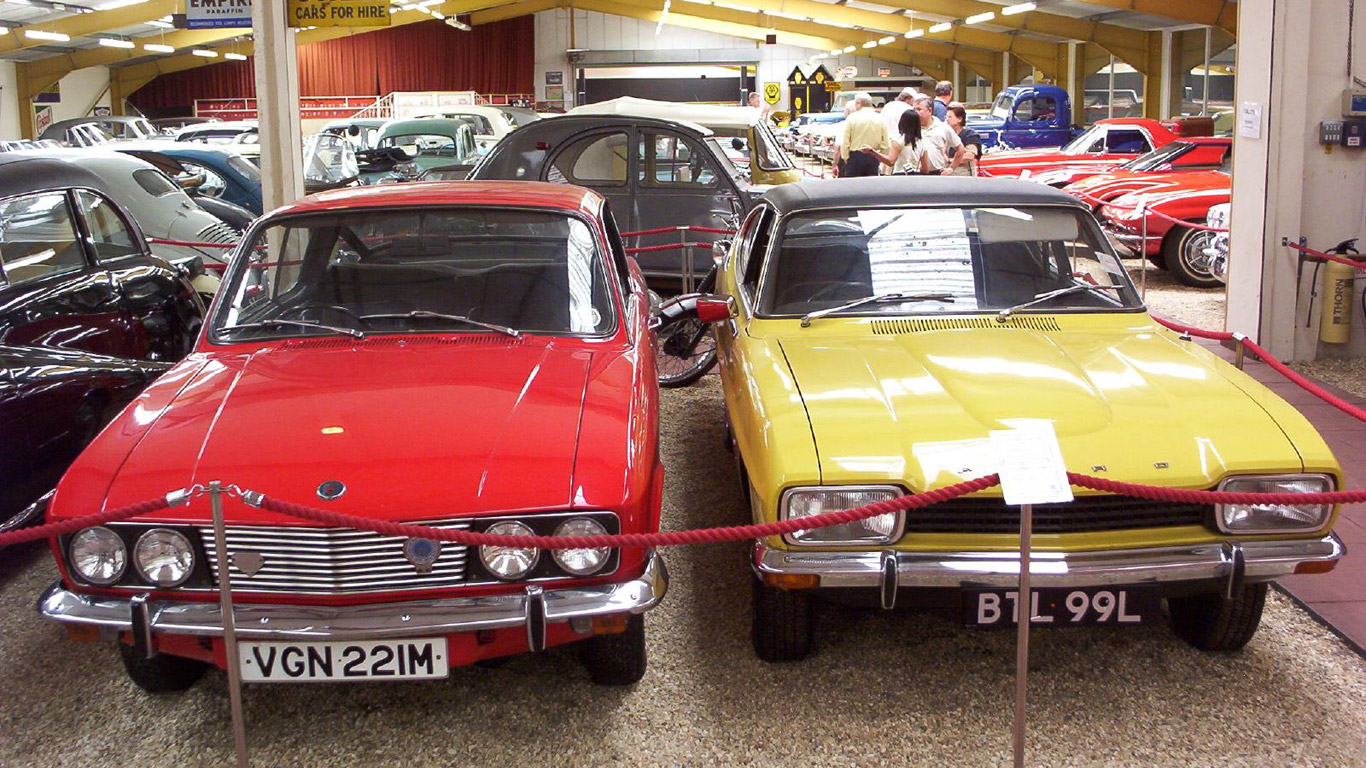 Established by the same people behind the manuals, the Haynes International Motor Museum is located in Somerset, UK, and packed with over 400 exhibits.

Ferrari has such a fan base that hundreds of thousands of tourists flock to Maranello every year to take in all things Ferrari. Museo Ferrari is located just down the road from the factory, and covers a massive 2,500 square metres. A must-visit for any petrolhead. 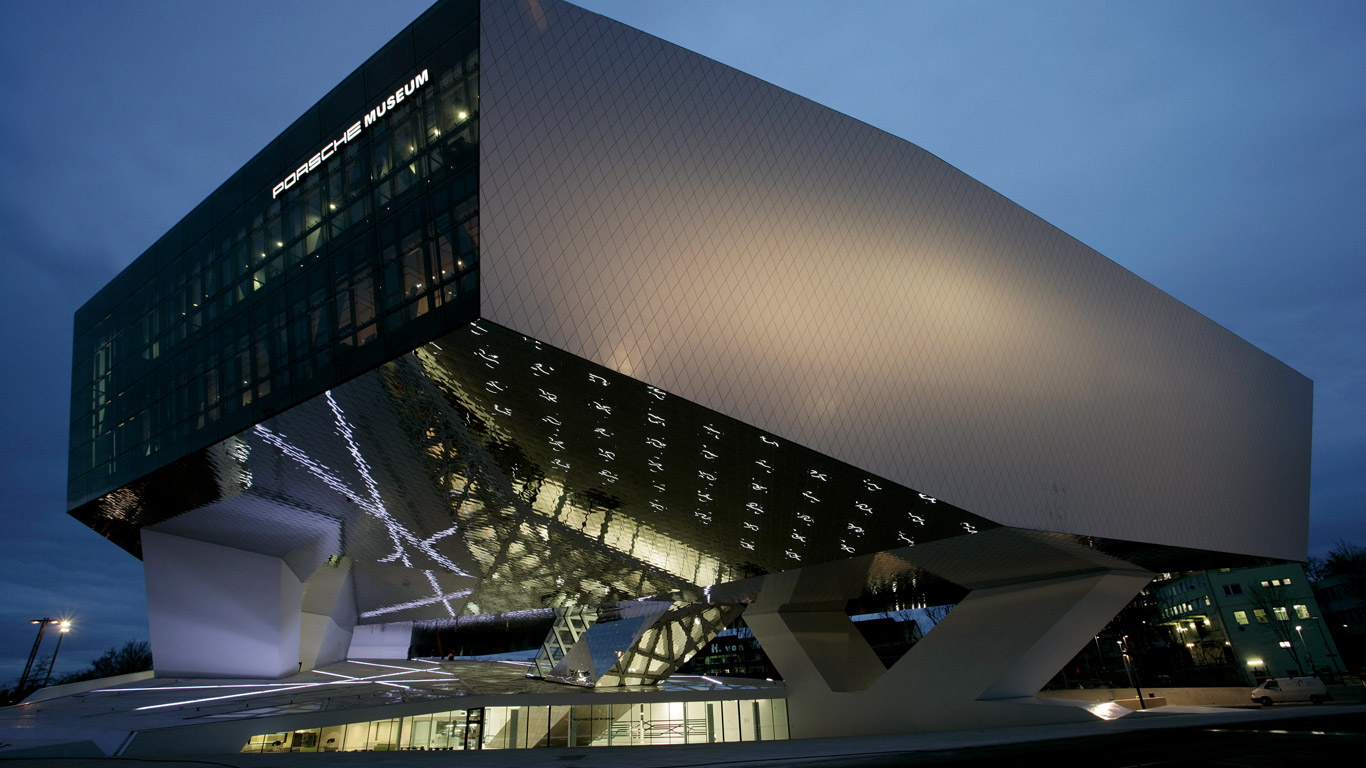 Anything Ferrari can do… the Porsche museum is over twice as big as Ferrari’s. Its latest incarnation opened in 2009 at a cost of an incredible €100 million.

Apparently museum size wars is a thing between car manufacturers. The Mercedes-Benz museum, in Stuttgart, contains more than 160 vehicles spread across 16,500 square metres. 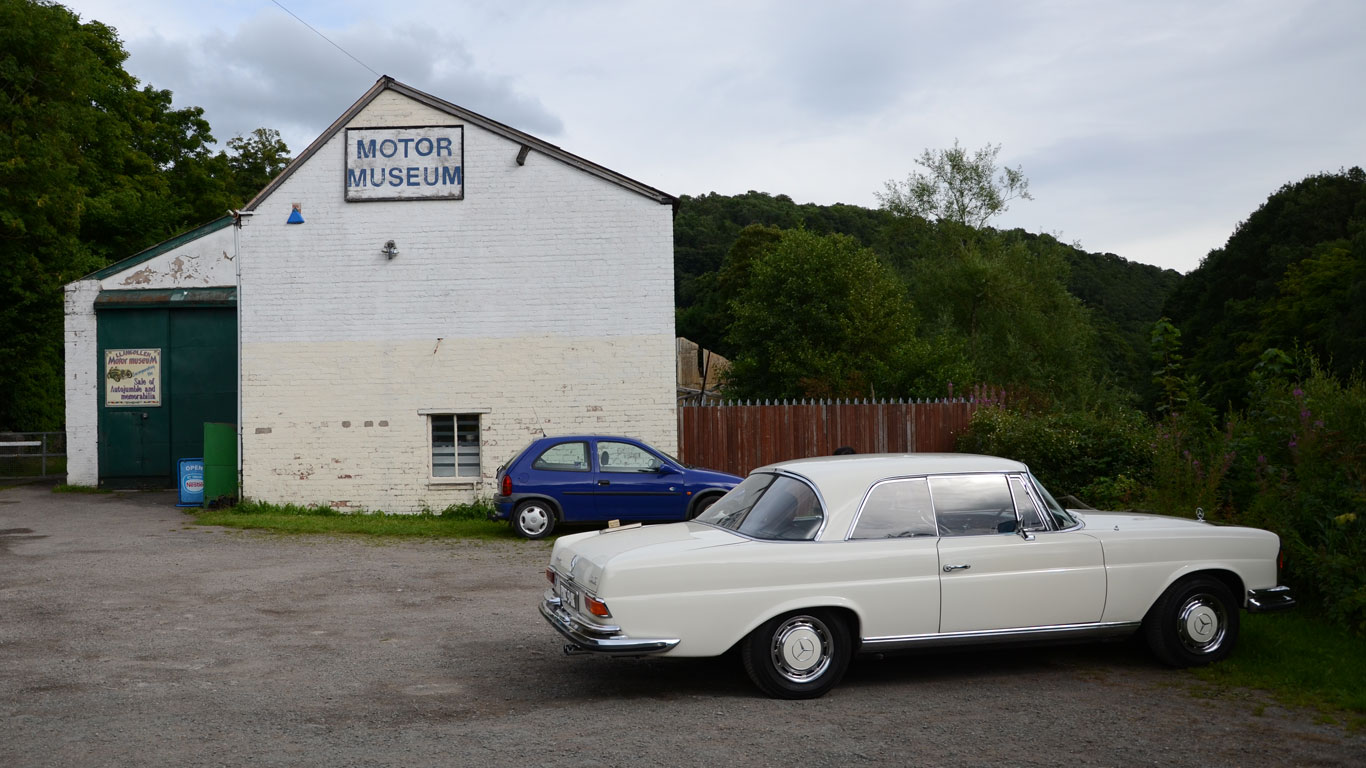 Size isn’t everything. Llangollen Motor Museum in North Wales is a small privately-owned collection of an eclectic mix of vehicles. It’s a must visit – combine it with a drive of the nearby Horseshoe Pass.

Back to the big stuff. Cite de l’Automobile, in France, houses over 500 cars and attracts 200,000 visitors a year. It’s home to one of the biggest collection of Bugattis in the world. 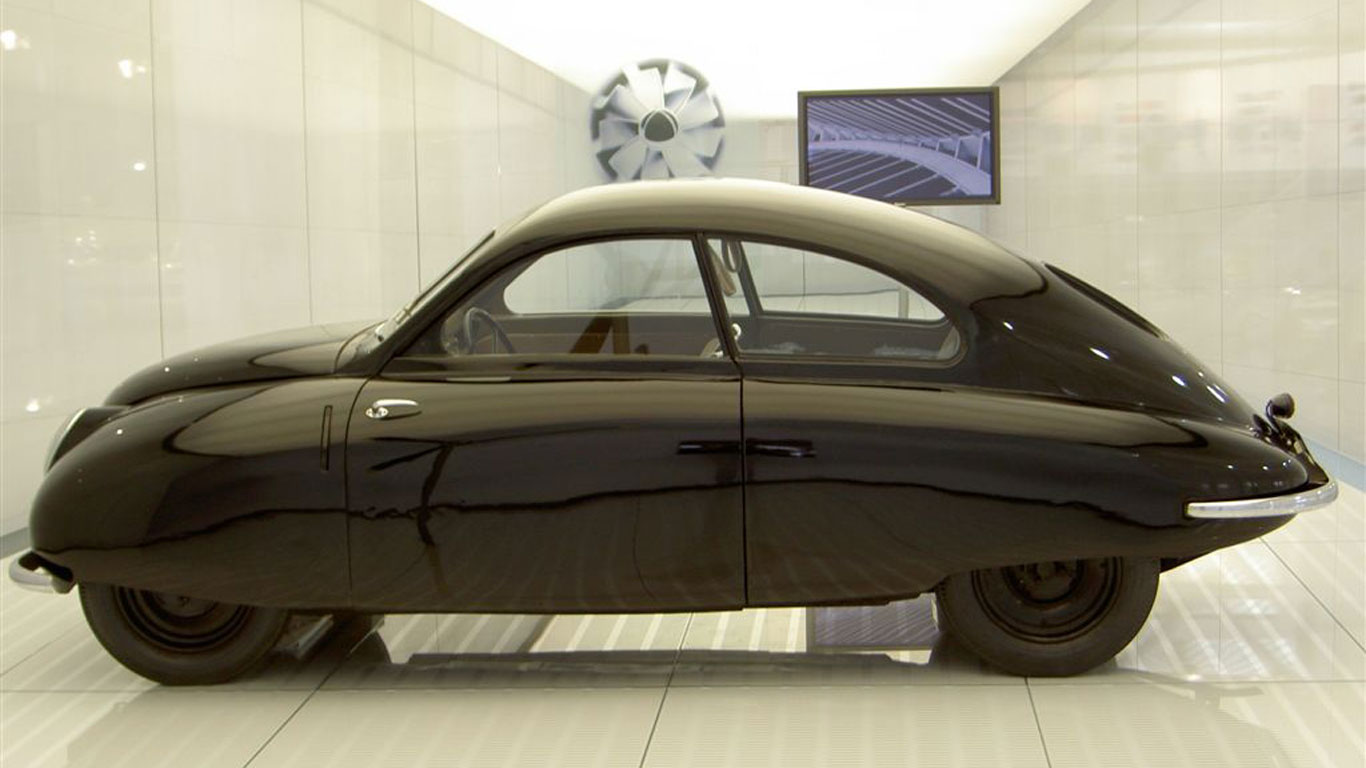 Saab may no longer be around, but its legacy continues in the form of this museum, located in Trollhattan, Sweden. Its collection of around 120 cars was due to be auctioned off in 2012 but was saved by campaigners.

Museum Mobile is owned by Audi and located close to its headquarters in Ingolstadt, Bavaria. Surprisingly, considering Audi’s might, it’s not as big as Porsche or Mercedes-Benz’s, with just the 50 cars on display. It looks impressive, though. 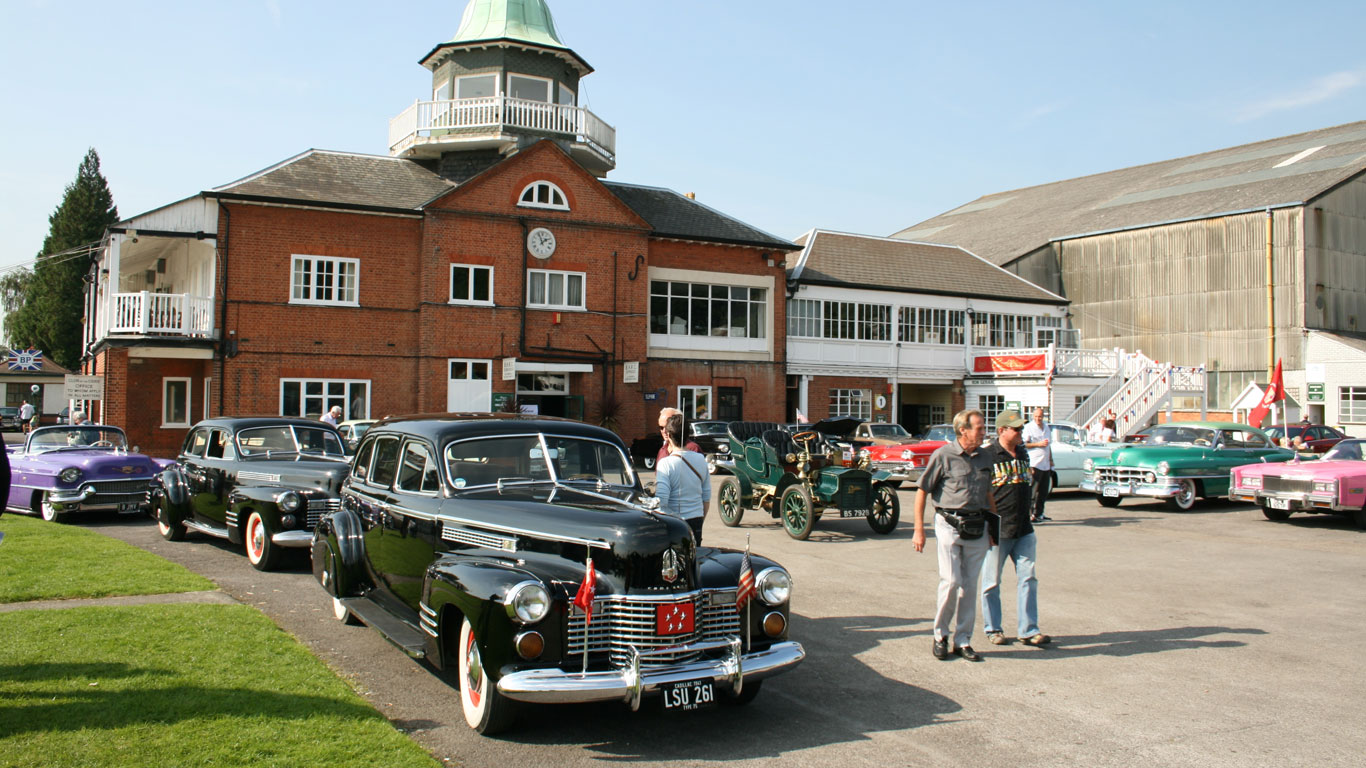 The Brooklands Museum is on the site of the world’s first purpose-built motor racing circuit in Surrey, UK. Not only does it house cars from the days of its track (which closed down in 1939), it’s also home to a number of planes, including Concorde, and the London Bus Museum operates within its grounds. 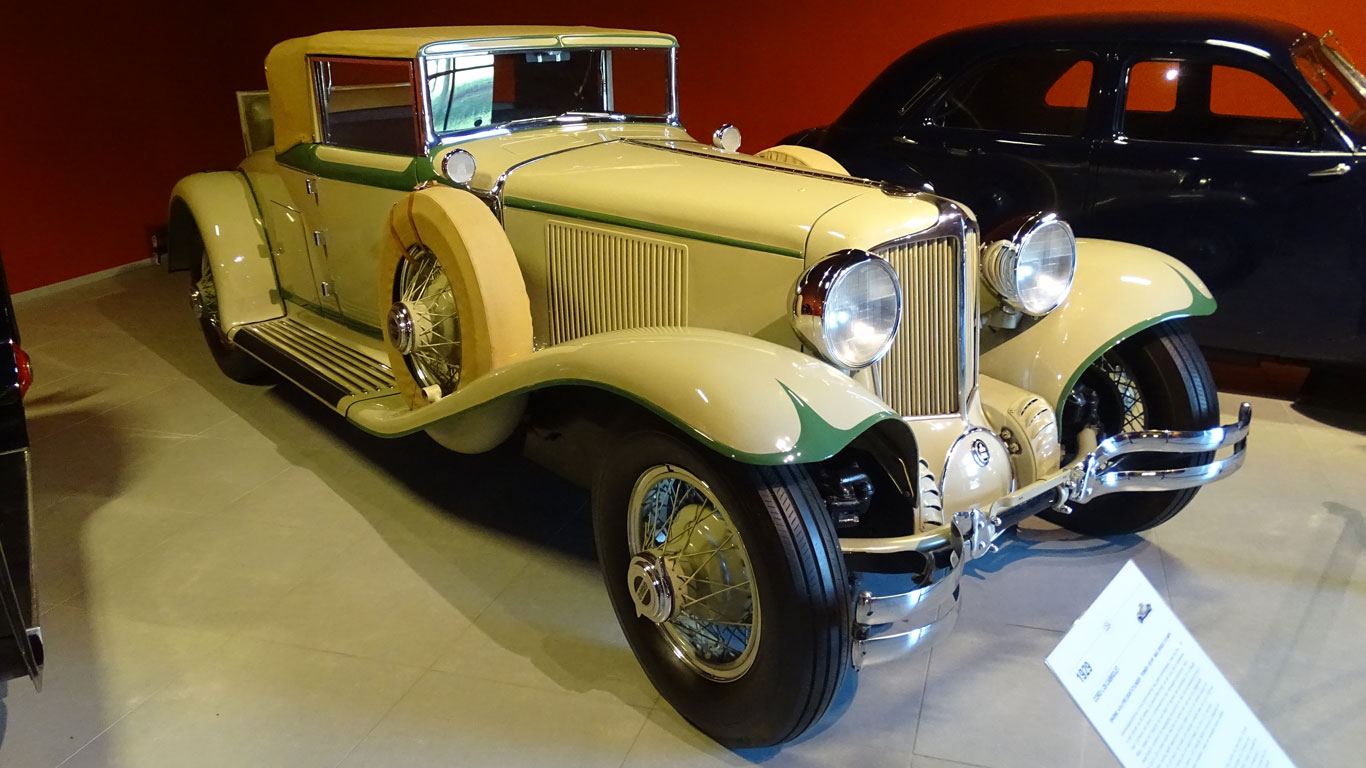 No trip to the Lake District is complete without a trip to the Lakeland Motor Museum. It features an impressive 30,000 exhibits – from 1920s petrol pumps to electric cars that are more than 100 years old.

Located in The Hague, Netherlands, the Louwman Museum is said to be the oldest private collection of automobiles in the world open to the public. Over 230 cars can be found spread out over three floors.

Italy is very proud of its motoring heritage, but it’s not just Italian cars on display at its national automobile museum, located in Turin. Sure, there are early Italian automobiles on display (such as a 1896 Bernardi and a 1899 Fiat), but you can also find early examples of Rolls-Royces and Ford Model Ts. 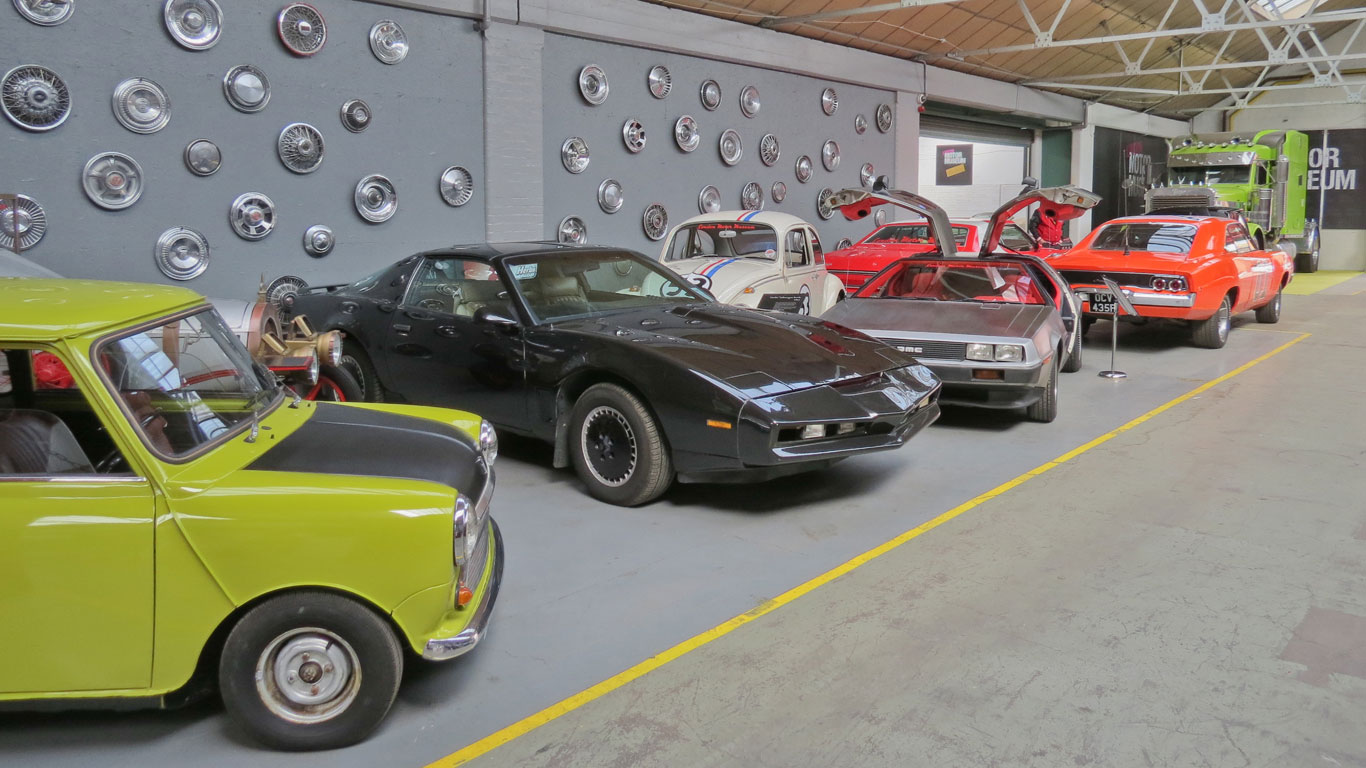 One of the UK’s lesser-known car museums, the London Motor Museum features around 160 classic cars, including one of the original Batmobiles and a Ford Gran Torino from Starsky and Hutch.

Opened in 1979, the Southward Car Museum is located in New Zealand, about an hour’s drive from Wellington. Not only does it feature a collection of 250 cars, it even homes three aircraft. 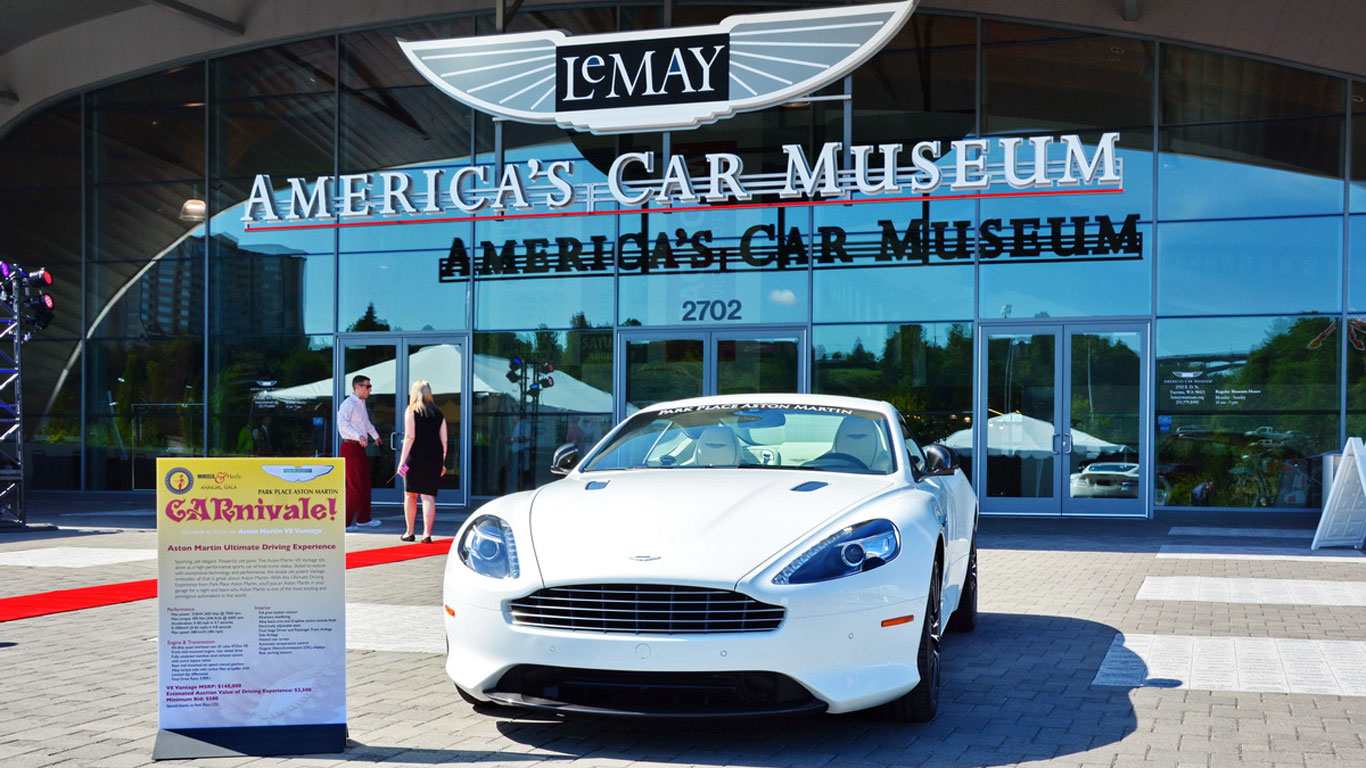 If you’ve ever got some time to spend in Tacoma, Washington, be sure to visit this fantastic museum. Most of the 500 cars on display came from one private collection – that of Harold LeMay, who passed away in 2000. Following his death, it was decided that it’d be a shame to see his collection go to waste, so the city donated land to open it to the public.

For fans of celebrity-owned cars, the National Automobile Museum in Nevada is a must. Cars on display include Elvis Presley’s 1973 Cadillac Eldorado and Frank Sinatra’s 1961 Ghia L6.4.