12 ways to beat the stress of driving

For some people, driving can be a stressful experience. Here are 12 ways you can beat the stress of driving. Aaaaaaaaaand relax...

According to the road safety charity, Brake, stress accounts for 40% of all work-related illnesses in the UK.

At some point, most drivers will have been exposed to a stressful situation behind the wheel, be it a traffic jam, road rage incident or inconsiderate behaviour by other drivers. Indeed, a survey conducted by Brake and Direct Line revealed that 71% of drivers had lost concentration at the wheel due to stress or annoyance.

But what can you do to minimise the levels of stress? Well, help as it hand, because we’ve put together a list of ways to stay stress-free behind the wheel. 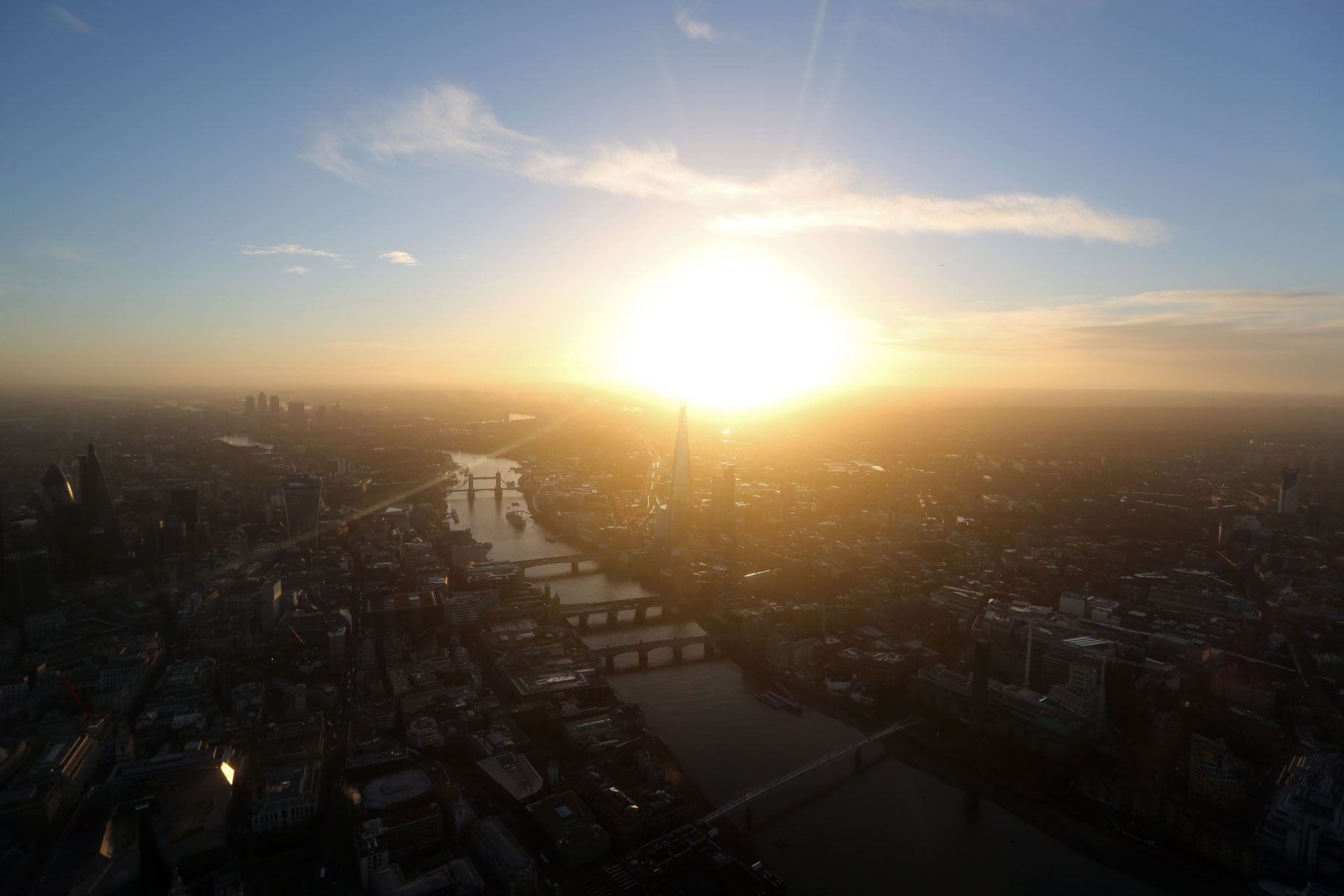 Sounds simple, doesn’t it, but if you leave earlier, you stand a better chance of getting to your destination on time, reducing your levels of anxiety in the process. It’s far better to arrive early, giving you time to prepare for a meeting on arrival, rather than rushing straight from the car park to the boardroom.

You can also take our advice literally, as getting up at the crack of dawn to beat the rush will invariably present a string of near-empty roads and only the early morning wildlife to keep you company. You just have to make sure the office will be unlocked when you get there. 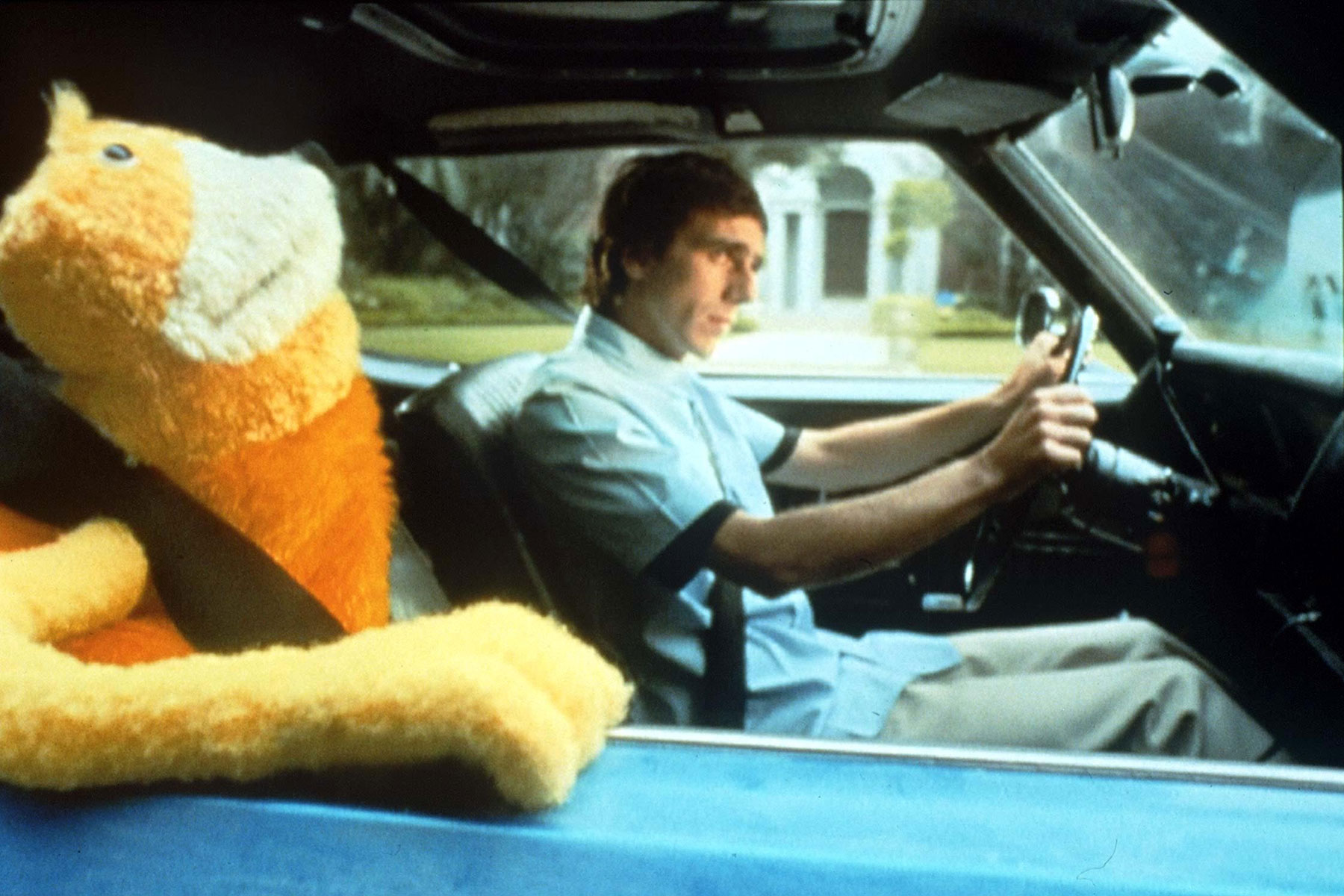 Research conducted by Avis Car Rental found that 52% of drivers get stressed at least once a week while driving, with 7% admitting to getting stressed every day. The research – which was conducted in partnership with the help of music psychologist Dr. Daniel Müllensiefen of the University of London – suggested that two thirds of drivers use music to lower their levels of stress.

Adele’s Someone Like You topped the list of the most stress-relieving tunes, which also included John Lennon’s Imagine and Toto’s Africa. We don’t recommend listening to The Prodigy’s Firestarter or anything by those shy and retiring chaps from Slipknot whilst driving. Oh, and if Steve ‘Love the Show’ Wright winds you up, turn him off or switch over to Classic FM.

Avoid driving in the rush hour 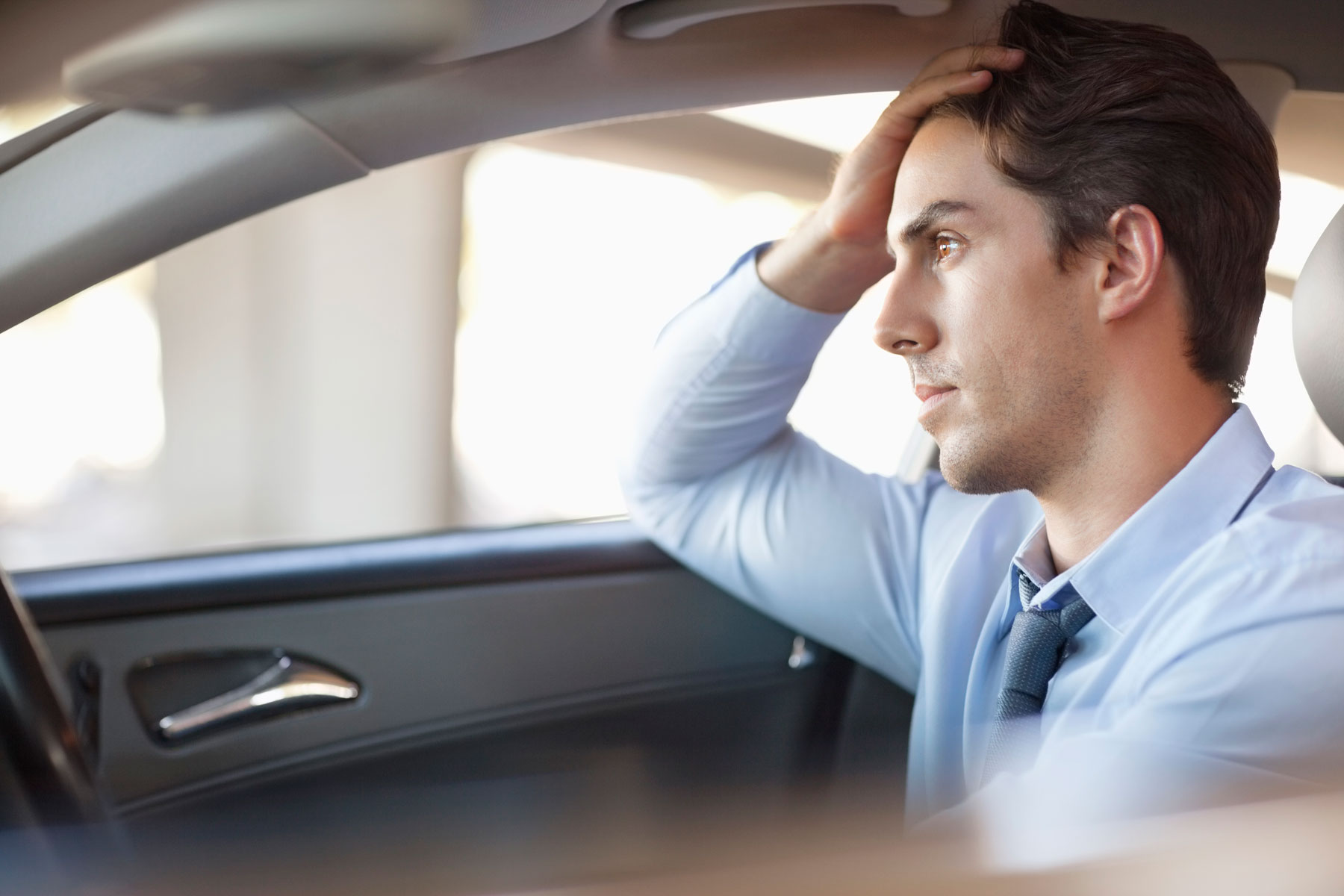 We all know the rush hour is best avoided. In fact, figures released in 2011 suggested UK drivers spend around 32 hours of the year stuck in traffic, with London, Manchester and Liverpool being amongst the worst in Europe for traffic congestion. It won’t come as much of a surprise to discover that London congestion peaks between 4pm and 5pm on a Friday evening.

It’s all too easy to suggest driving at off-peak times, but if you can, you should. Even leaving 30 minutes earlier in the morning could have a huge impact on your total journey time. If your job allows it, also consider flexitime, perhaps getting into work earlier and then leaving earlier in the evening. You may feel better for it. 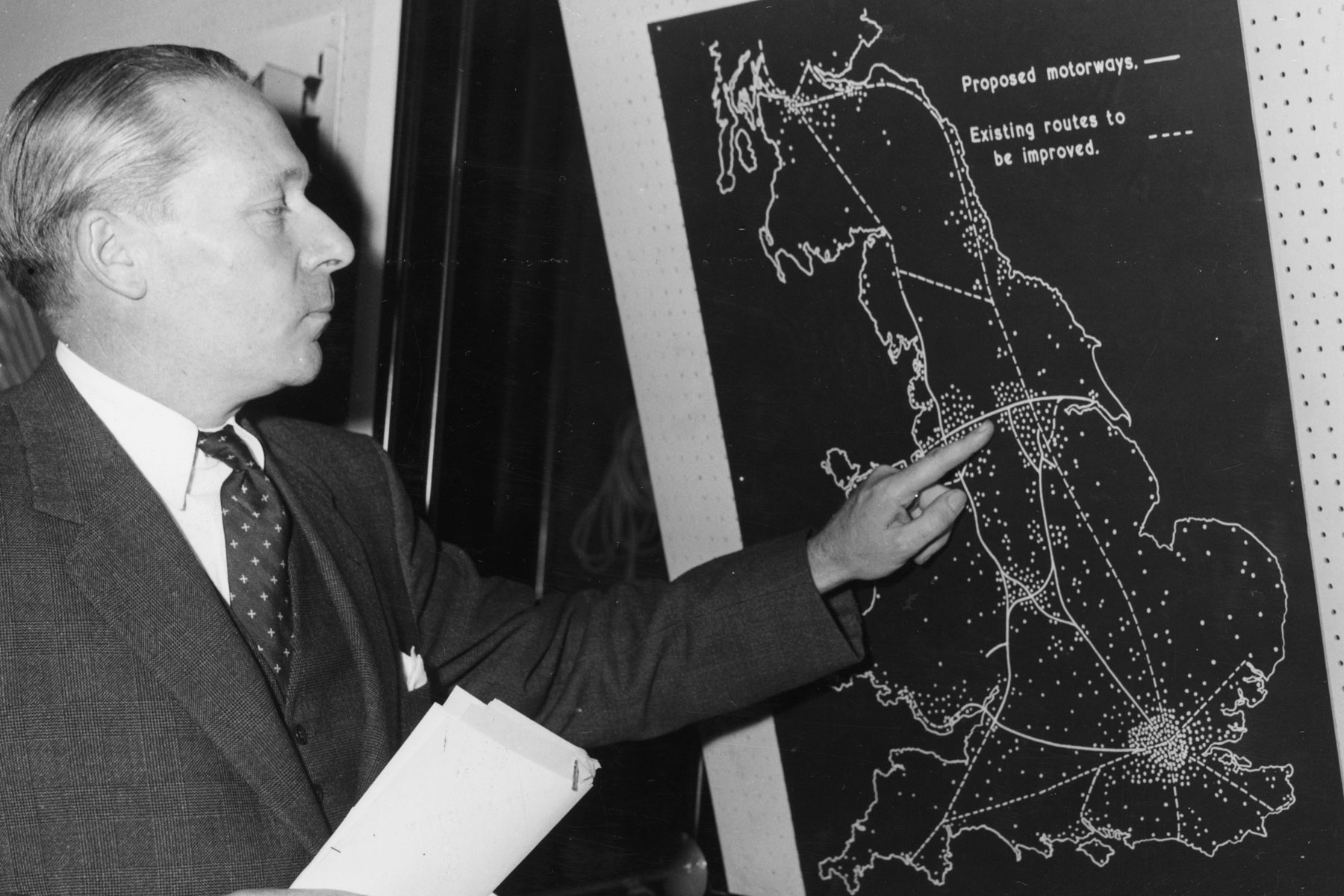 Many drivers have come to rely on in-car satellite navigation systems to guide them to their destination and in the majority of cases they do an excellent job of relieving stress. No more fumbling around looking for an out-of-date street map or asking a pedestrian for directions.

But you should plan ahead to ensure you know where to park. Also, if a postcode covers a wide area, your sat nav may not guide you to the exact address, so check the internet before you set off. You may have enjoyed a stress-free drive to the destination, but the sense of calm could be wiped out if you can’t find a parking space. 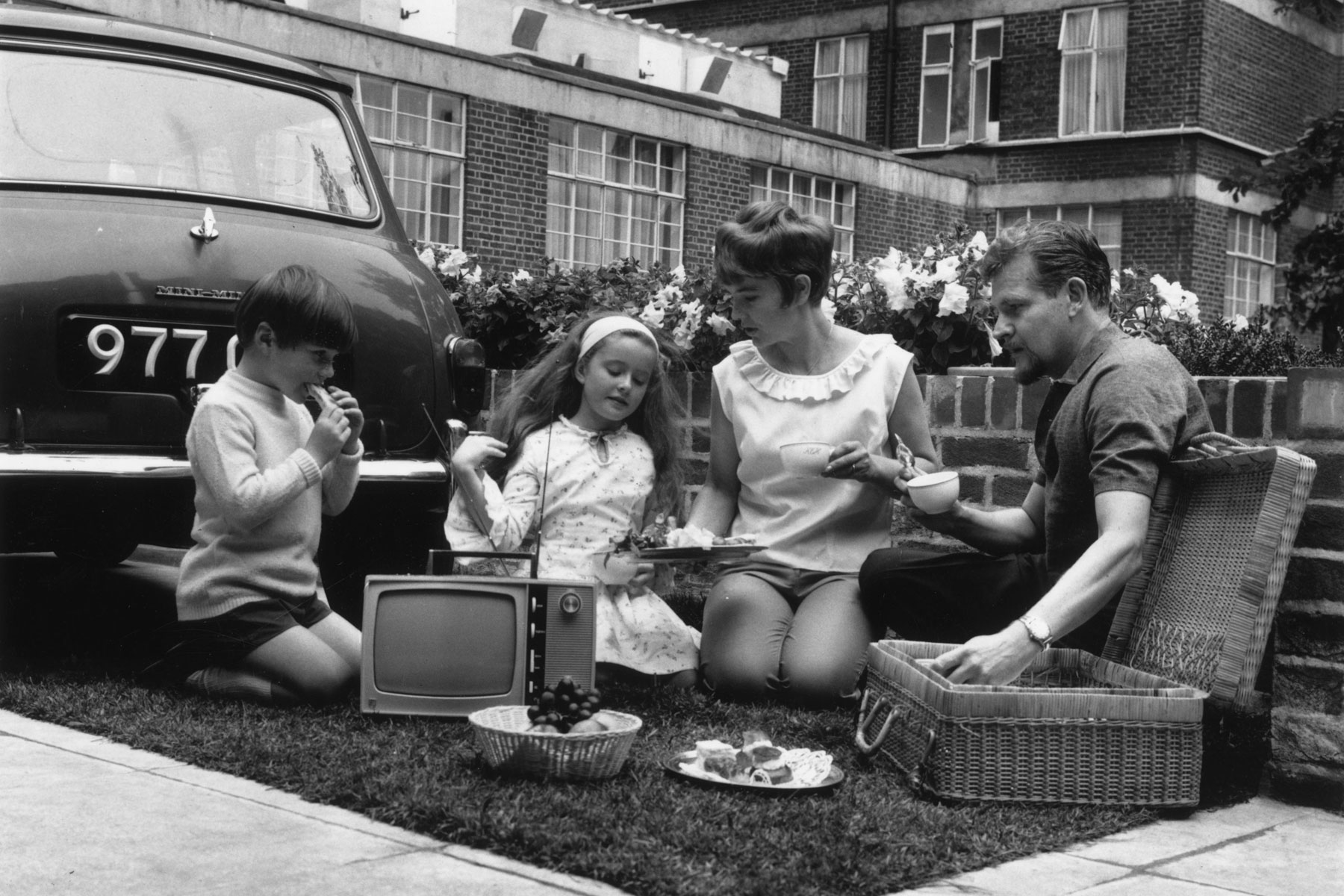 Brake recommends taking a break at least every two hours, for at least 15 minutes, to refocus your concentration. Some time away from the wheel will clear your mind and prepare yourself for the next leg of the journey.

If possible, go for a quick walk and grab a bite to eat, as hunger can affect your concentration. Taking a break will also be good for your back, as pain and discomfort can be caused as a result of siting at the wheel for too long. 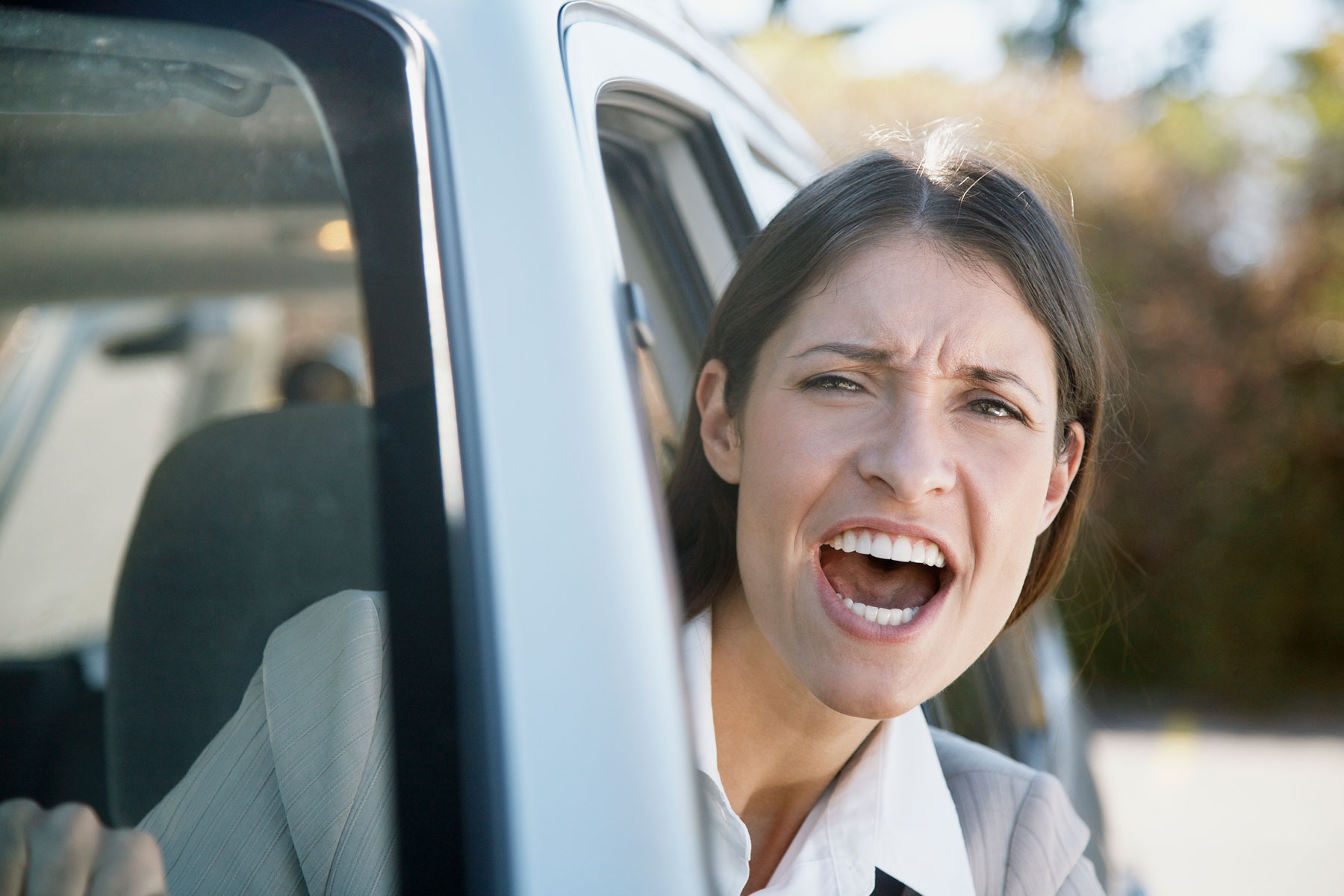 A survey carried out by Carwow in 2014 revealed that an alarming 81% of UK drivers have been the victim of road rage. Of these, 54% have been shouted at, 42% have been verbally abused, while 48% have had people drive aggressively at them. All of which makes for stressful reading.

Do what you can to avoid confrontation and make a positive decision not let the actions of other motorists wind you up. If you do something to enrage a fellow motorist, simply apologise and get on with your day, no matter how much of an ignorant fool they appear to be. Take the moral high ground!

Get an onboard coffee machine 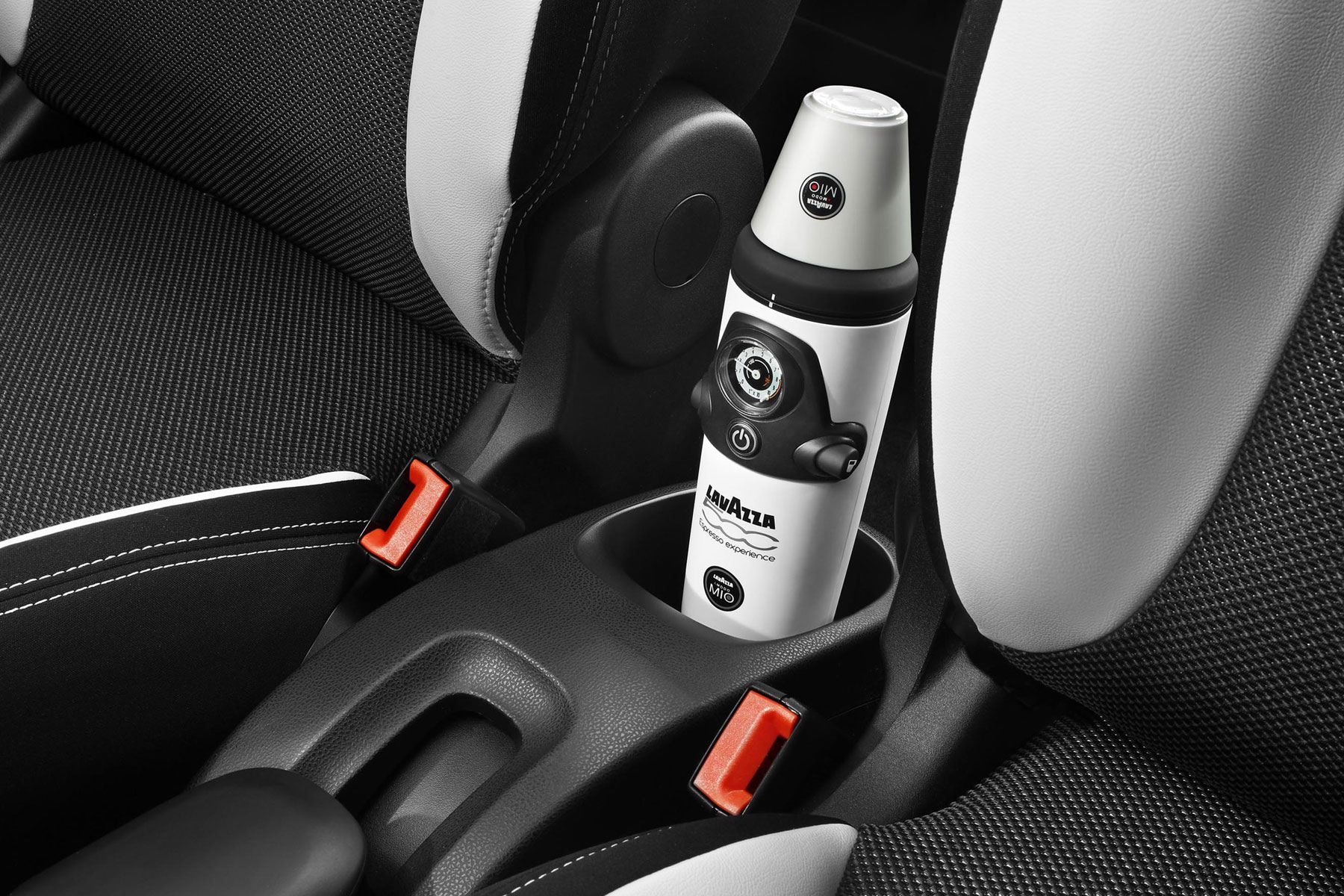 If we’re honest, we’re entirely sure what effect coffee has on stress. One day you’ll read a report telling you that caffeine combats stress, the next day you’ll be told it does exactly the opposite. But what we do know is that many people couldn’t contemplate a day without a coffee. So how can we make it easier for you to get your hands on your favourite beverage?

By ordering a new Fiat 500L, of course. Spend £200 extra and Fiat will equip your grande 500 with a Lavazza 500 Espresso Experience, which sits between the two front seats. Ideal for when you take that stress-relieving break and don’t fancy being fleeced for £3.50 for a coffee at the motorway services. 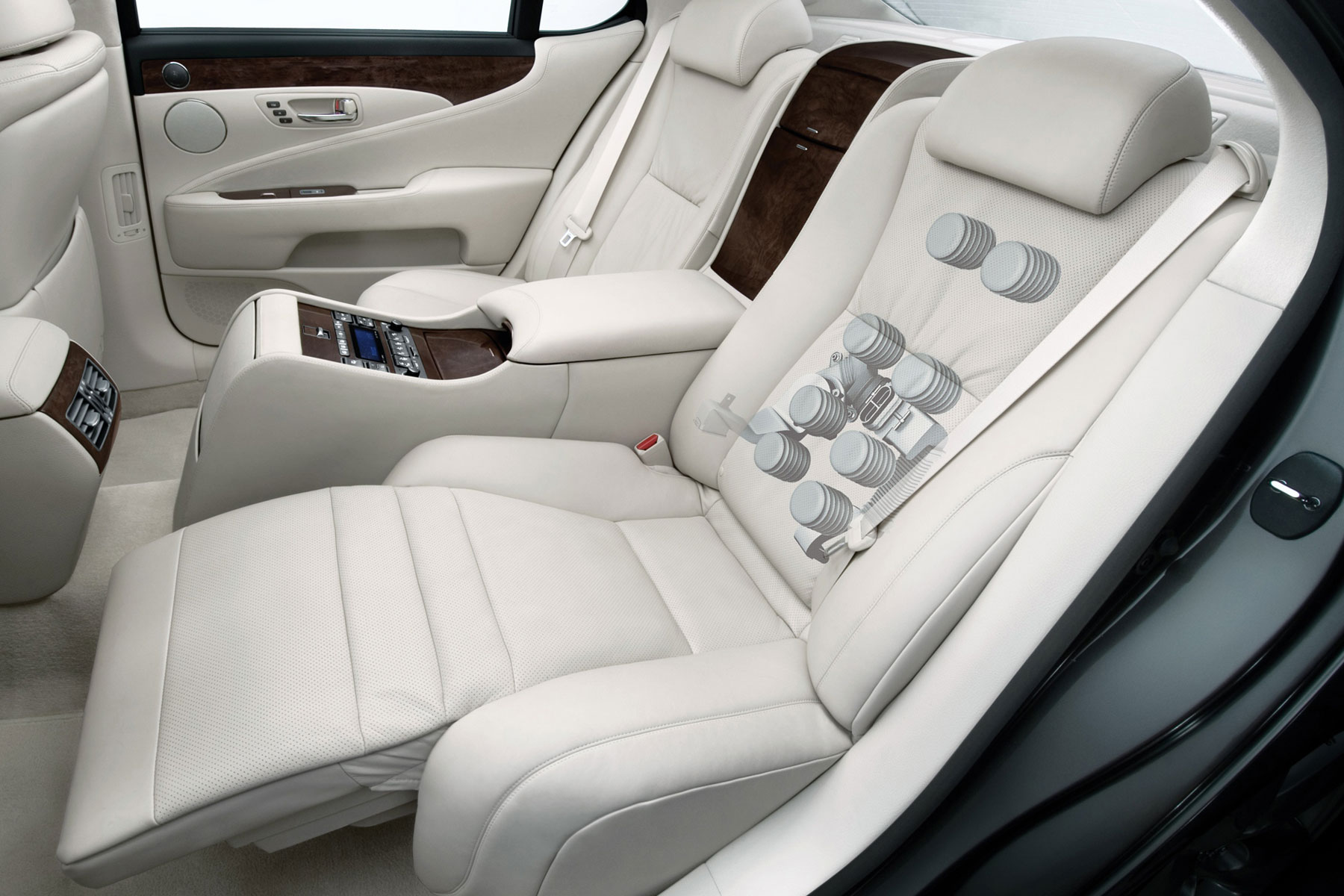 Seriously, we really do recommend having a massage at the wheel. More and more cars are being offered with a massage function, which can help to reduce lower back pain, itself a major cause of stress.

Combine the massage with a heated seat and you can waft along in supreme comfort. If, on the other hand, you prefer to be chilled whilst on the move, you can order some seats with a cooling function. Whatever takes your fancy.

Get the car to park itself 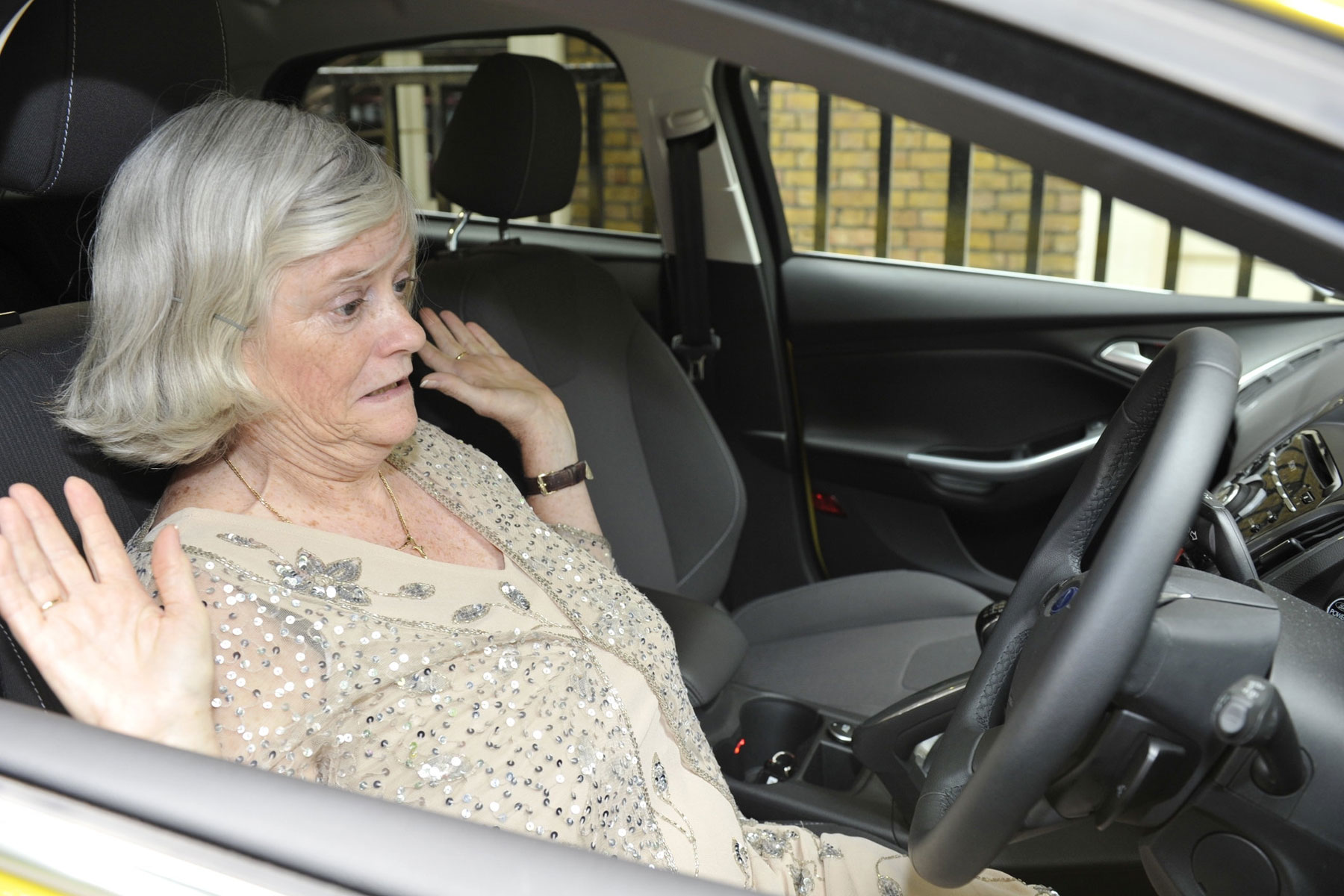 Parking can be a nightmare. Assuming you can actually find a space, the bays seem to be getting ever smaller. This, of course, is bunkum, because the real reason is that our cars are growing ever larger.

You can combat this by ordering a car with a park-assist function, which will parallel or perpendicular park your car and even drive out of it again when you want to leave. The first time you try it, the experience can be unnerving, as our right honourable friend demonstrates. 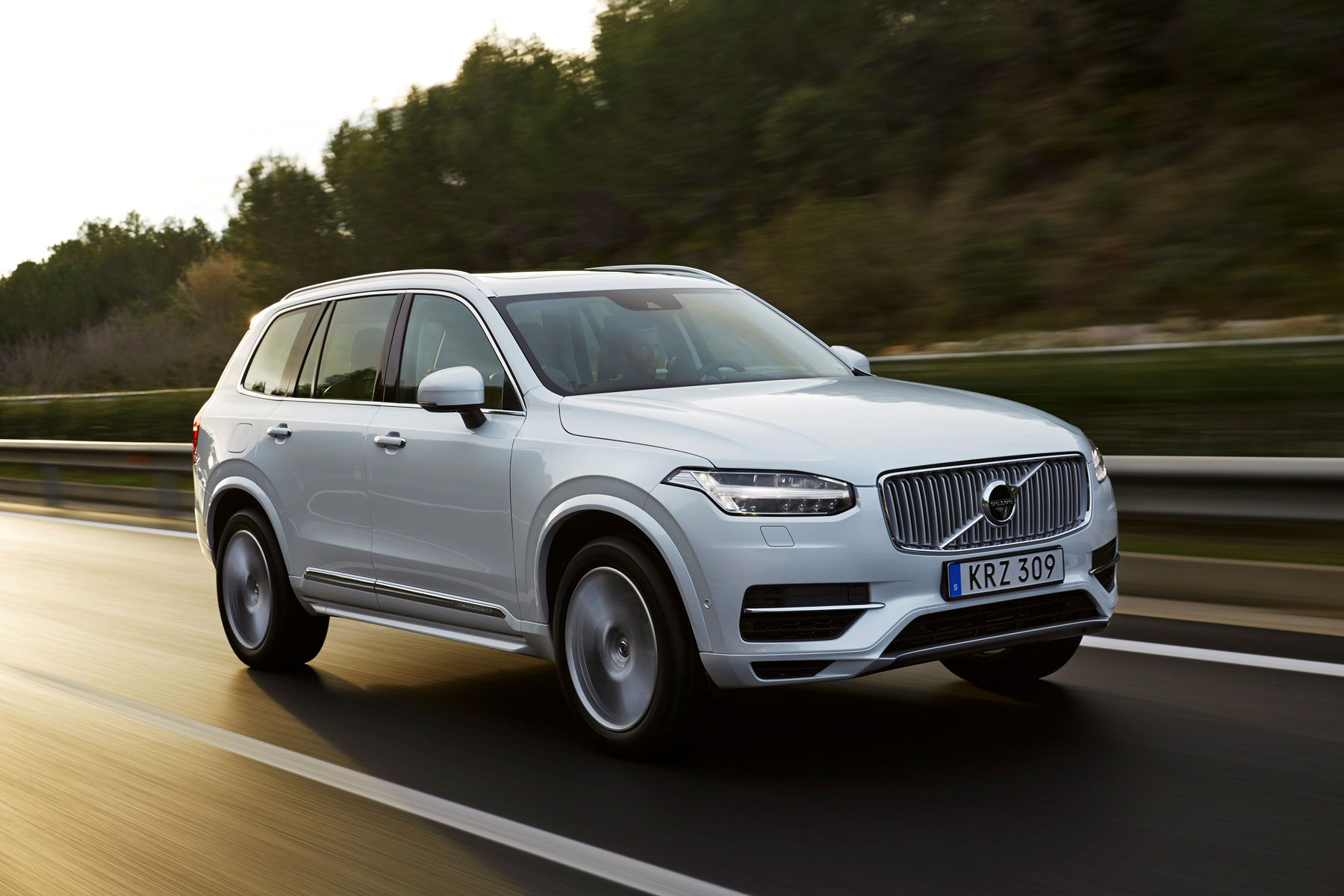 Seriously, we reckon half the problem with stress is that too many people are driving cars that are – to be frank – a little bit rubbish to drive. A terrible gearbox, woeful acceleration, poor steering, awful rear visibility and uncomfortable seats – just five examples that can ruin an otherwise good car.

You don’t need to own the very best driver’s car. We recently drove the all-new Volvo XC90 and we are pleased to report it’s one of the nicest cars we’ve driven this year. If anyone emerges feeling stressed after driving an XC90, we’d be amazed. For maximum comfort, tick the option box marked air suspension. 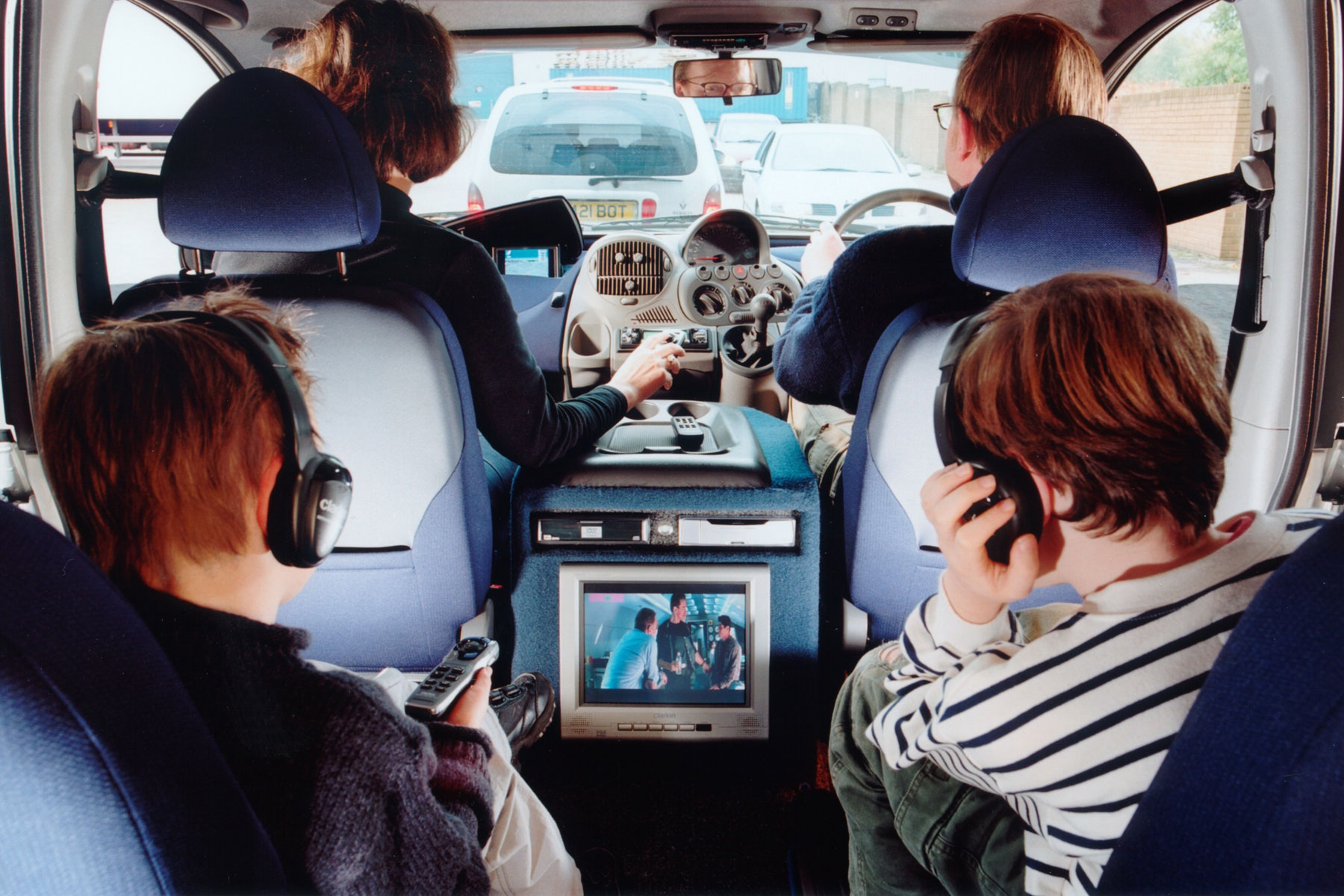 Once upon a time, the boredom associated with a long car journey was broken only by a stop at the Little Chef or a game of I-Spy. Occasionally you may have been engaged in a spot of ‘hunt the boiled seat which has fallen down the back of the car seat’. Today, things have changed.

Now you can equip even the humblest of motor with in-car technology that was simply unheard of a decade or two ago. A couple of tablets in the rear headrests, MP3 connectivity, DVD screens folding out of the headlining – the car is like a mobile branch of Tandy. And if your children aren’t bickering in the back seat, you can enjoy a stress-free drive. Are we nearly there yet? 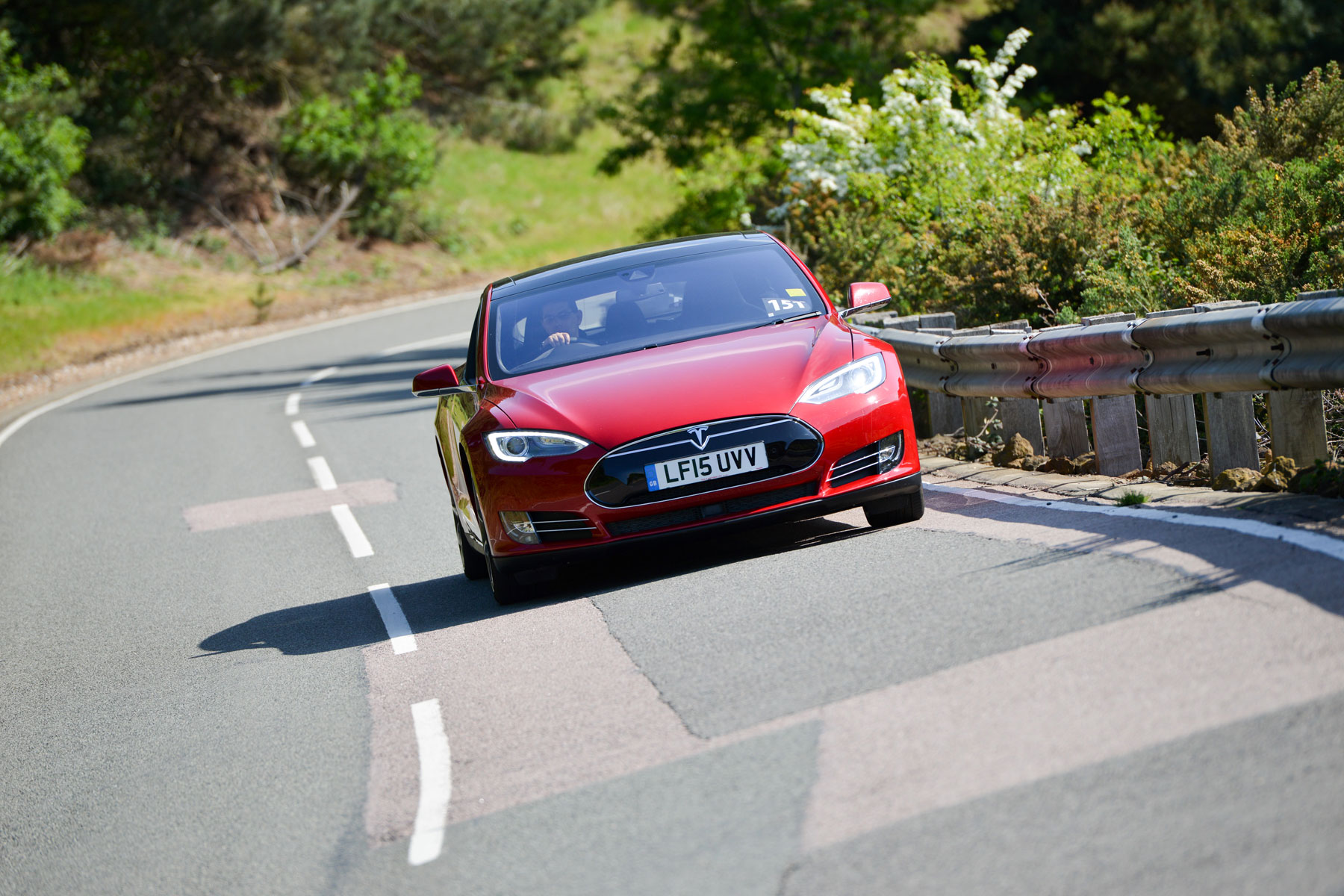 According to research conducted by the Go Ultra Low campaign, 70% of motorists believe that a quieter cabin would help improve their mood and reduce stress during the time they spend in the car. Naturally, the folk behind the research have a vested interest in the research and are quite happy to recommend an ultra-quiet electric vehicle as the solution.

They may have a point. Choose the right electric car and it can be a delightfully relaxing experience. Indeed, Quentin Willson claims to have “found the electric motor can turn journeys into a zen-like experience.” We wouldn’t go that far, Quentin. Besides, has anyone mentioned range anxiety?

Tesla has opened ordering for the Model 3 in the UK - and confirmeed prices will start from £38,900... and that DOES include the Plug-in Car Grant discount
Read more

2018 Audi A8: exclusive photos from the glitzy reveal

The Nissan Juke, Peugeot 208, Renault Clio, Skoda Kamiq and Vauxhall Corsa are all in the running for the AUTOBEST title of Best Buy Car of Europe 2020
Read more