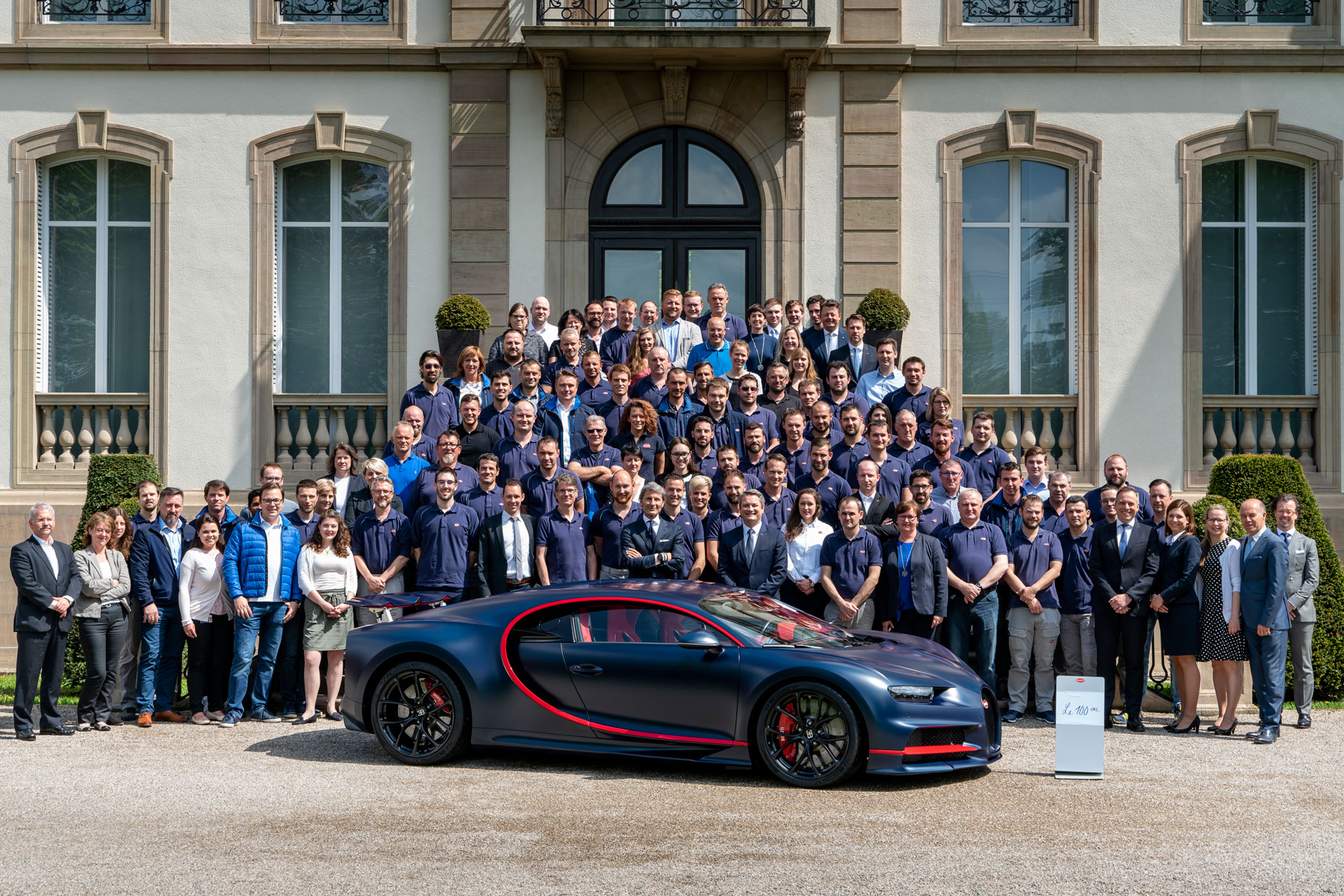 One-fifth of total Bugatti Chiron production has been completed, with the news that the 100th hypercar has left the company’s headquarters in Molsheim. It looks like the entire team was on hand to mark the occassion, creating a kind of Sgt. Pepper’s Lonely Hearts Club Band album cover vibe, with a Chiron and not the Beatles as the focus of attention.

The 100th Chiron is destined for a customer from the Arabian Peninsula, who opted for a matt finish – the first time this has been used on Bugatti’s headline-grabbing hypercar. The Italian red side line and mink black wheels present a pronounced and tasteful contrast to the dark blue carbon hue.

Stephan Winkelmann, president of Bugatti Automobiles, congratulated the owner, saying: “I find the 100th Chiron especially pleasing. It is dynamic and elegant in equal measure. This car shows that Bugatti produces highly individualised masterpieces of automobile craftsmanship that are simply unparalleled.”

Chiron production is said to be running at “full speed”, with 70 cars leaving the Bugatti factory ever year. Only 500 cars will be produced, and with “extremely well-filled order books”, interested parties are invited to get in touch to avoid disappointment.

Production of the Chiron started in the autumn of 2016, with the first vehicles delivered to customers in March 2017. At the end of the year, former boss Wolfgang Dürheimer said Bugatti is keen to keep customer waiting times to a minimum, while setting a production target of 70 units a year.

By the end of 2017, 300 Chirons had been sold, with 43 percent of orders coming from Europe, 26 percent from North America, 23 percent from the Middle East, and 8 percent from the Asia-Pacific region. A lighter and more agile Chiron Sport was unveiled at the 2018 Geneva Motor Show, with first deliveries expected by the end of the year. The Sport is designed for customers “wanting an even sportier driving experience,” claimed Stephan Winkelmann.