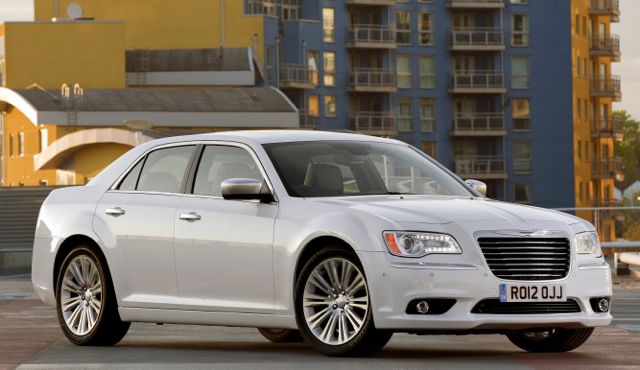 The deal comes as part of Chrysler’s Horizon PCP finance plan*, which offers buyers a 300C 3.0 CRD V6 Executive for 36 monthly payments of £399, following an initial deposit of £7,699.

Although that initial payment might seem like rather a large amount of money, many will be able to get a large chunk off that by part-exchanging their old vehicle.

As ever there are terms and conditions to consider – you’re limited to 10,000 miles per year, and there’s a final payment of £12,216 if you want to keep the car after three years.

Even so, it’s still a stonkingly good deal – allowing you to drive a 3.0-litre V6 diesel executive car for the same sort of money that would get you in a BMW 320d, with its lowly 2.0-litre four-cylinder unit.

But why is Chrysler offering such a good deal? Well, judging by the amount of 300Cs we see on the road, we can’t help to think the car’s proving to be a bit of a flop in the UK.

This deal has thus almost certainly been configured to help rally the US-flavoured luxury exec car. Will it work, though? Over to you… would YOU be tempted at this price?

* We may have included the wrong link above. Here is one that takes you to Chrysler’s Horizon. Rather than Chrysler Horizons.