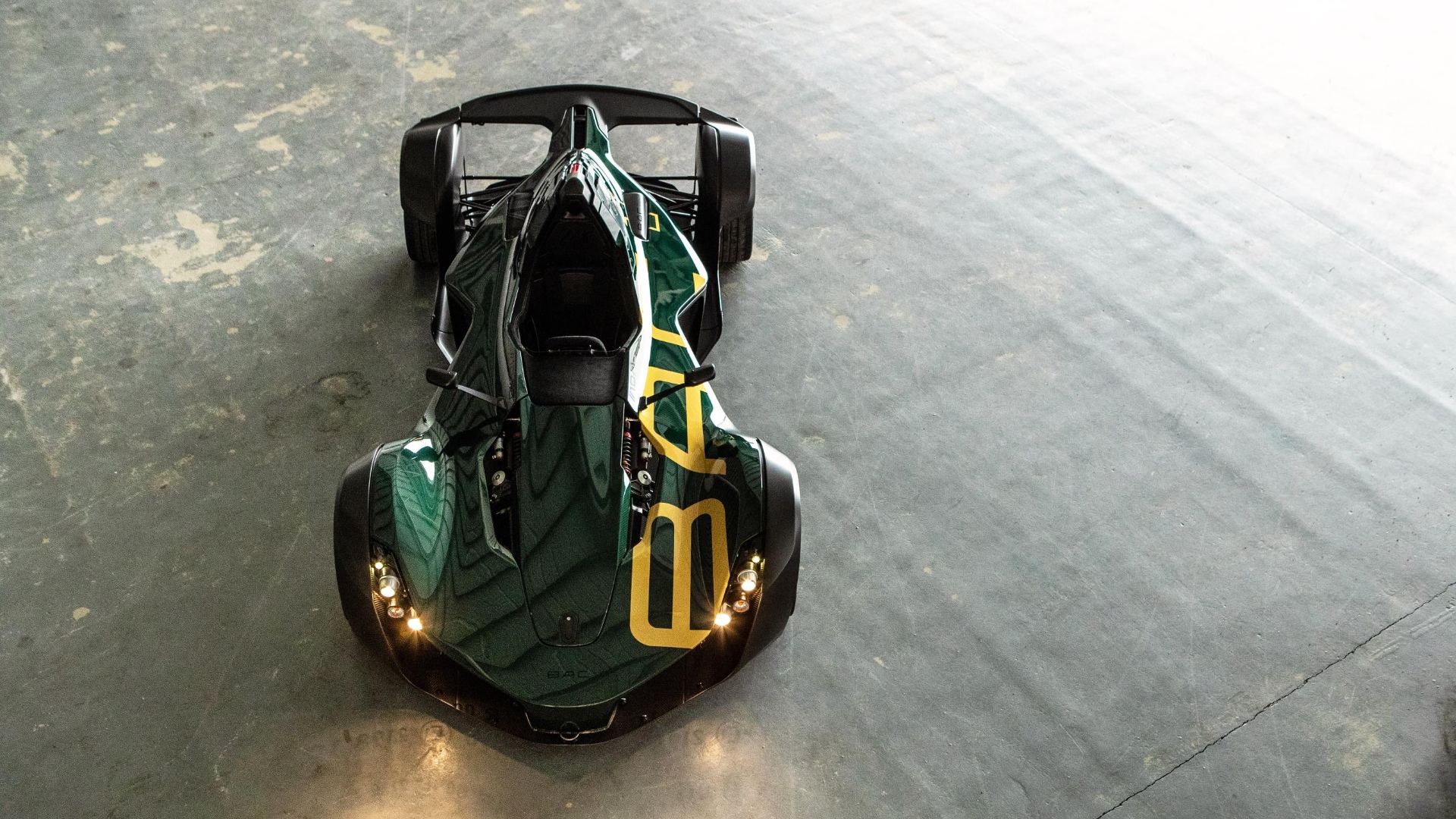 BAC has officially completed and delivered the 100th chassis of the world’s most selfish supercar: the BAC Mono.

Briggs Automotive Company was set up in 2009 and has since produced and delivered 100 cars. The 100th arrived at the Danish Strøjer Samlingen car museum at a poignant moment: ten years to the day since the company was founded. 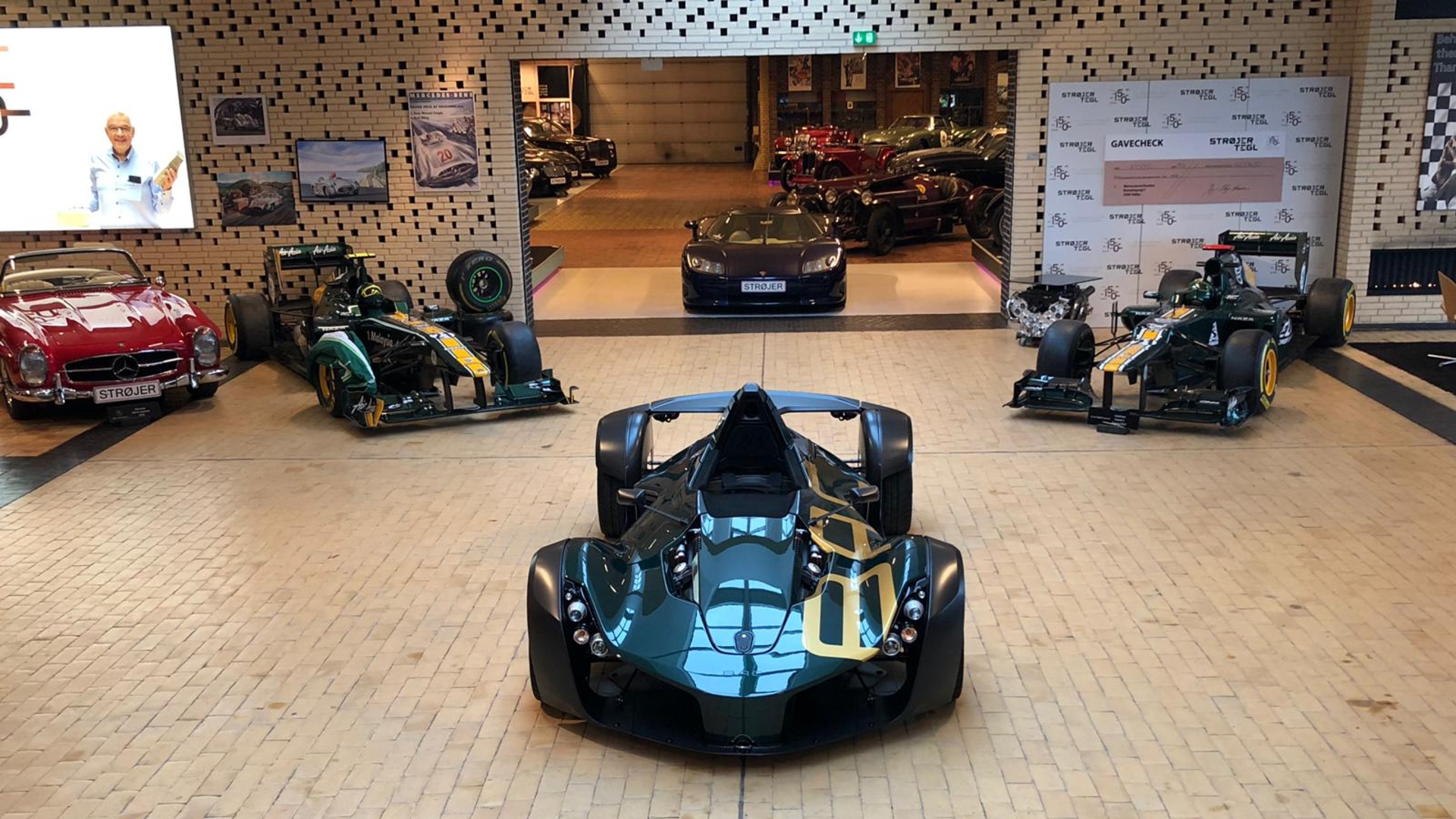 The museum houses over 120 special automobiles with each either being chassis 005, or 100, of their respective runs. Cars in the collection include Ferraris, Lamborghinis, Bugattis, Aston Martins and even one of the first (005) Koenigseggs ever built.

What marks BAC Mono #100 out, then? Exposed carbon with a British racing green tint is a first for the Mono. It shows a little bit of pride in BAC’s British heritage as well as putting the carbon structure on display. Gold highlights contrast and indeed complement the golden ‘Chassis 100’ plaque in the cabin. 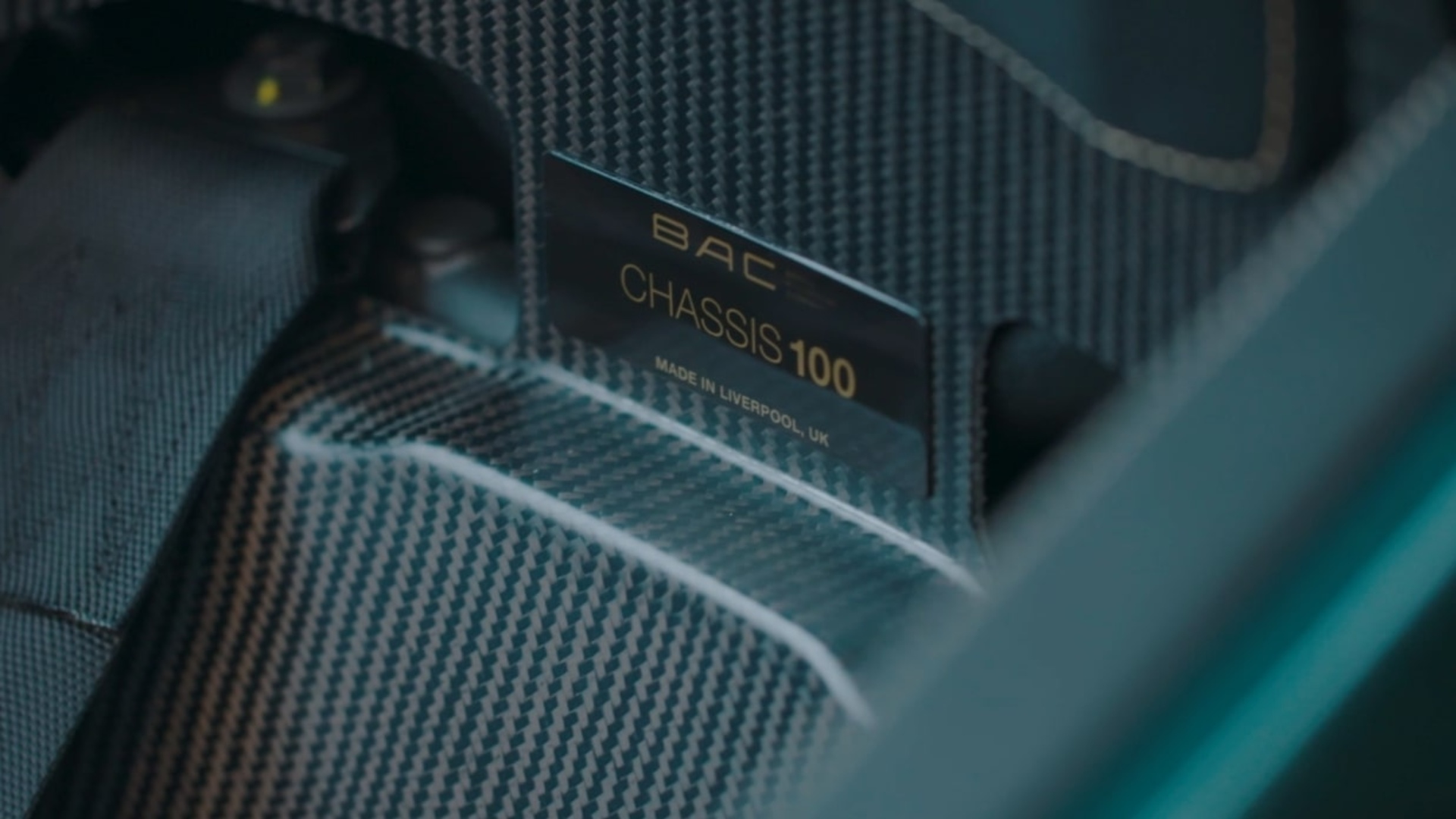 “Over the past decade, there have been a number of occasions where I’ve had to stop and pinch myself – and delivering Mono #100 to Strøjer Samlingen is one of those times,” said Neill Briggs, BAC co-founder and director of product development.

“Not in our wildest dreams did we foresee us reaching 100 cars in such a short space of time and accomplishing what we have around the world – it’s been incredible, to say the least.”

Something new from BAC soon? 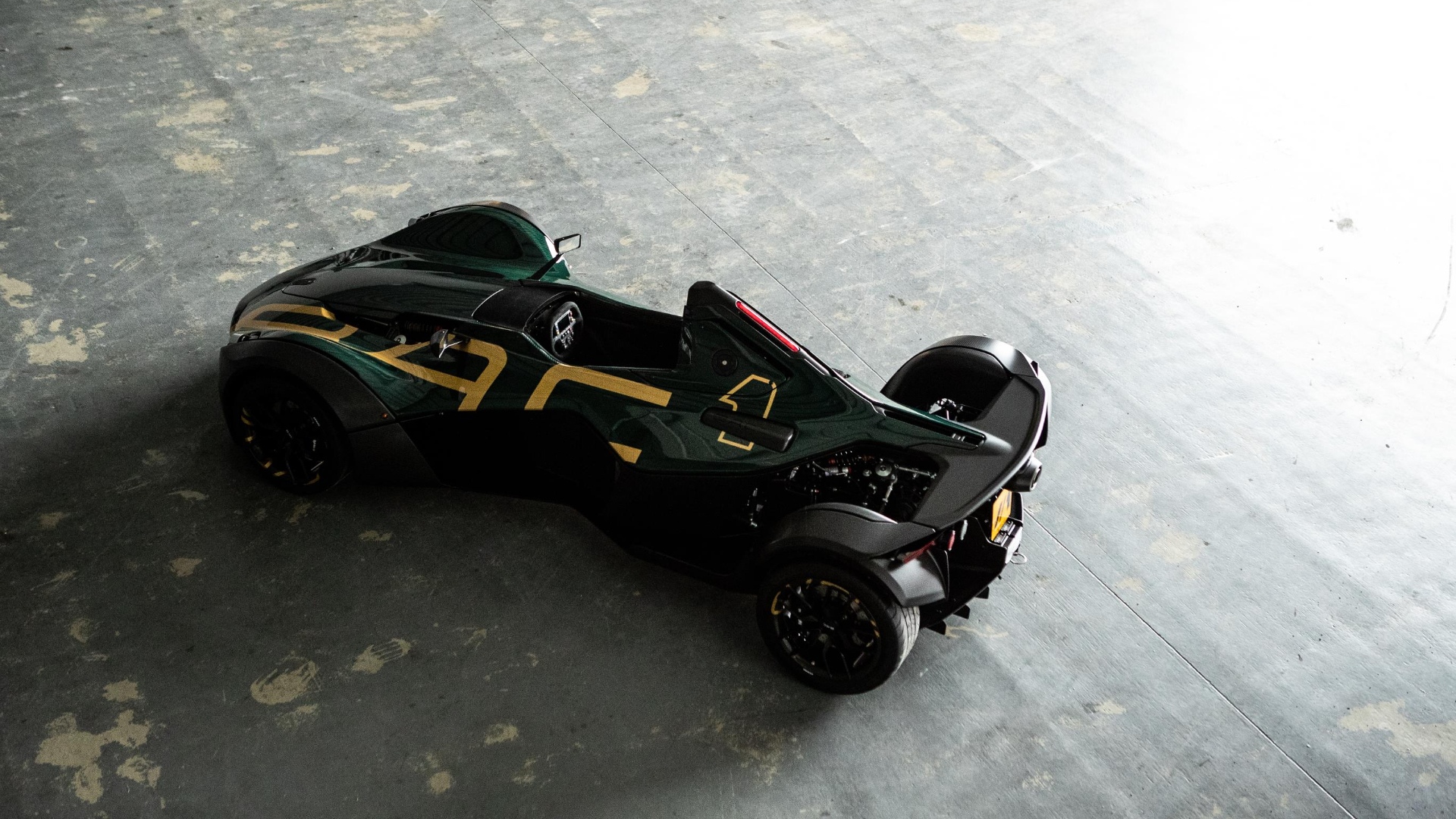 Neill is clearly humbled by the achievement, but by the sounds of it, no less motivated to keep pushing and bring something new to the table

“Delivering Mono #100 is a huge milestone in our history, but stay tuned – there is a lot more excitement to come from BAC in the near future.” 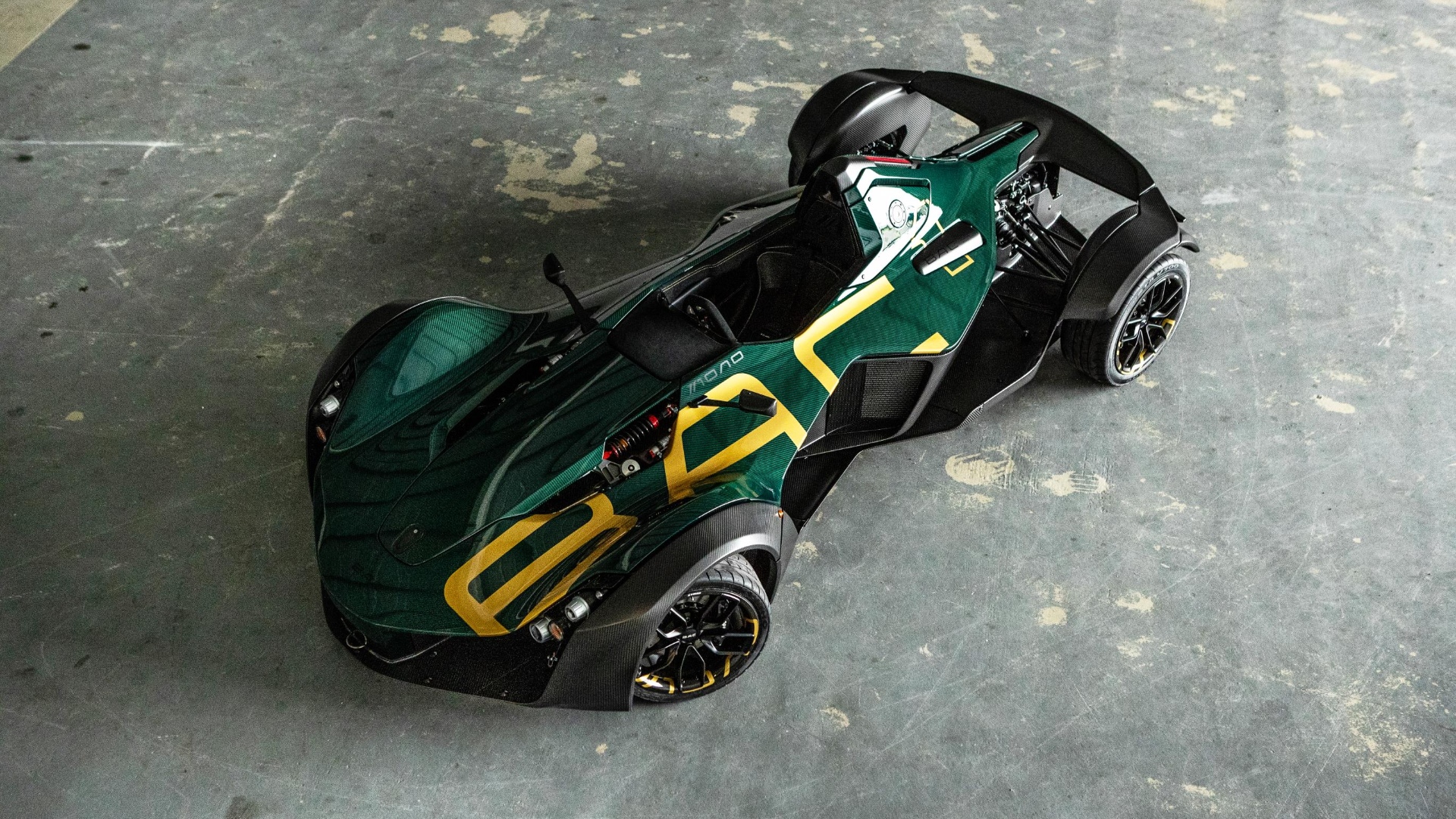 At the very least, we can expect many more Monos from BAC. Orders are such that they’re pumping them out at a rate of three cars per month, shipping to 38 different territories around the globe.

Given the above, though, we reckon something new will also be along before too long.