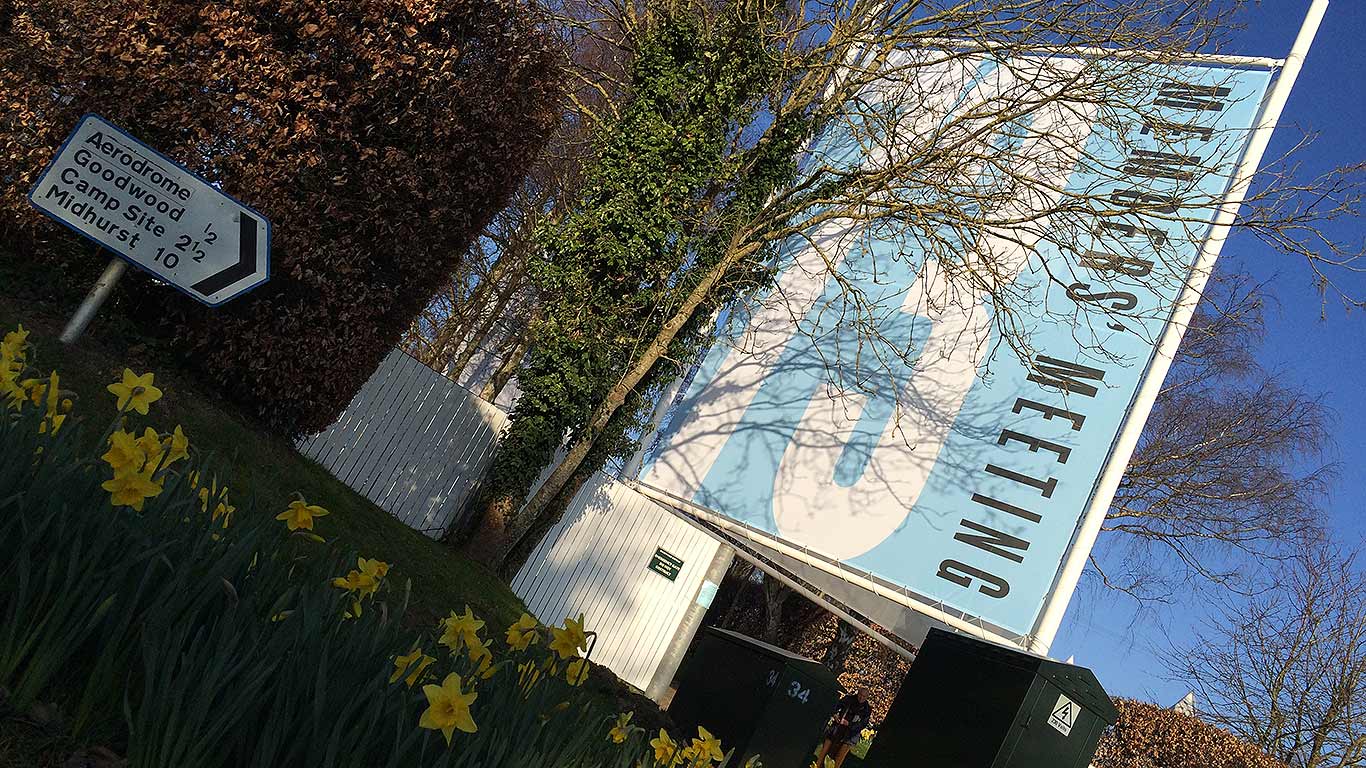 The Goodwood Members’ Meeting is the latest jewel in the crown of Lord March’s glittering motorsport portfolio.

The 73rd Members’ Meeting is being live-streamed all day (we’ve got a feed below), and is on national TV later this afternoon (Sunday 22nd March). We were live-blogging yesterday and enjoying everything the brilliant event has to offer: here are our top tops to watch today.

The array of cars is staggering. It seems everyone already understands the appeal of being at a Goodwood Members’ Meeting, and make sure they’re here.

It’s borderline ridiculous, your first walk through the paddock, stumbling across historic legend after iconic hero. The feeling is extraordinary and it’s worth making you’re at the 74th Members’ Meeting for this alone.

Gerry Marshall was a giant of motor racing in the 1970s and 1980s. In his honour, a 73rd Members’ Meeting race is held, for tin-top cars of the era. Relish the entrants: Ford Capris, Rover SD1s, Triumph Dolomite Sprints, Mini Clubmans, Mazda RX-7s (put the ear protectors on when they start them up…), even a couple of Chevrolet Camaros and a lovely Mk1 Volkswagen Golf GTI. For those of a certain era, it’s the best race you’ll watch all day. 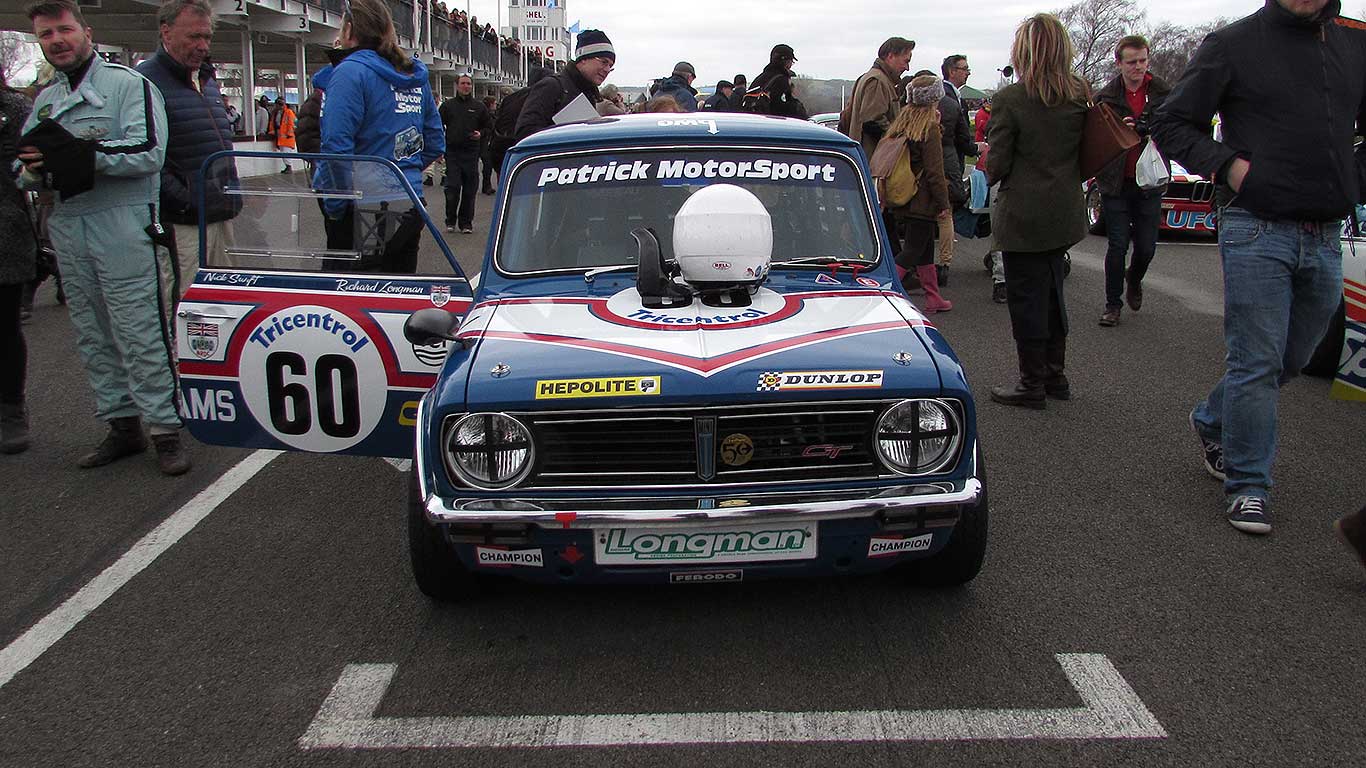 We’ve all seen the images of period Minis going giant-killing: at the 73rd Members’ Meeting, watch it live. In the Gerry Marshall Trophy, keep an eye on the blue Patrick Motorsport car number 60 of Nick Swift and BTCC champion Andrew Jordan: while it will be swallowed on the straights, the things it can do to the Camaros and Rover SD1s through the corners needs to be seen to be believed…

1980s Group C sports cars are epic 230mph machines that are vast, powerful, brutal and so very, very exciting. You know the ones: Silk Cut Jaguars, green and orange Mazdas, silver Mercedes-Benz Saubers with fluorescent door mirrors. The demonstration on Saturday was a tear-swelling joy to watch, not least because the guys appeared to be on it. Today’s racers are amazing but these are just beautiful to watch, and anyone who grew up in the 1980s will get a huge kick from watching it. 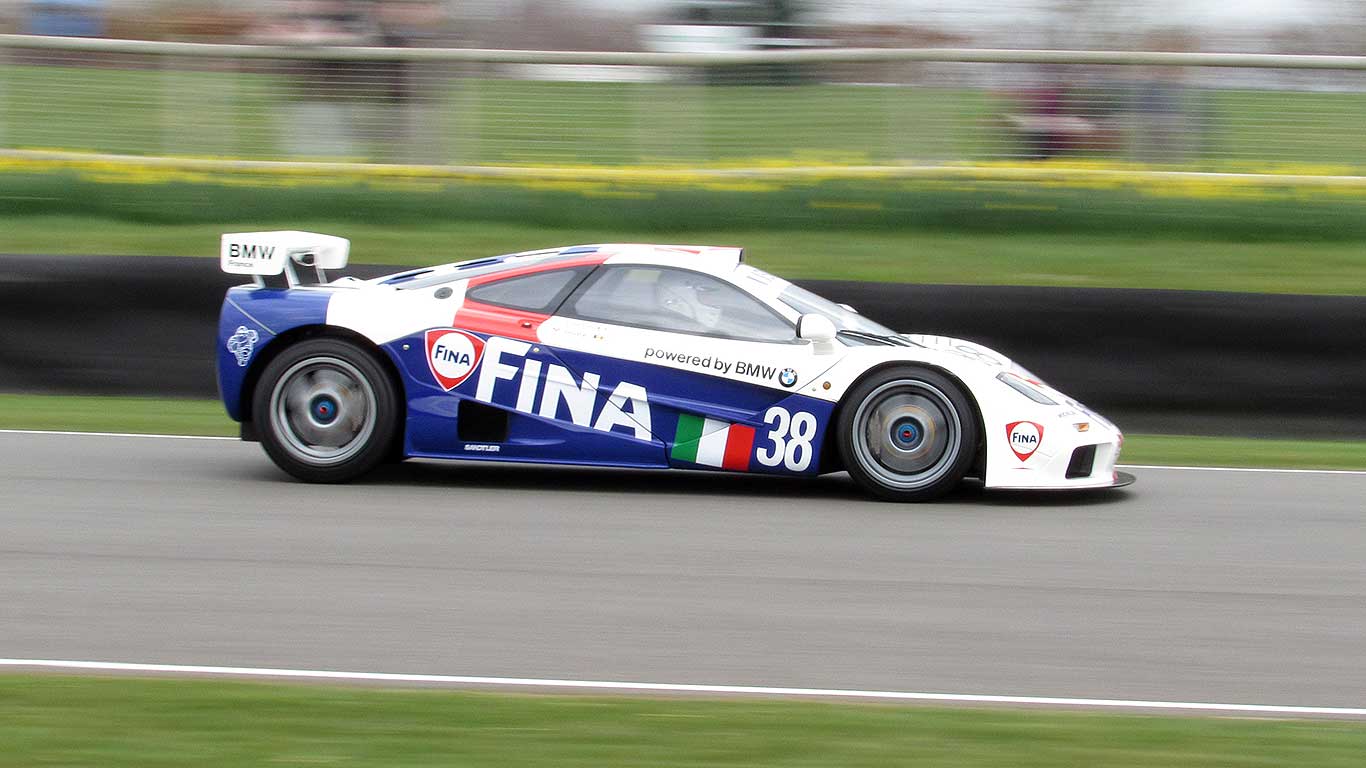 15 McLaren F1 GTRs are here at Goodwood this weekend, both regular and ‘longtail’ models. 15! The 1995 Le Mans winner wasn’t even originally designed to go racing, insists creator Gordon Murray: it’s little short of inspired that somebody decided to send it track-bound.

So-called ‘high-airbox’ F1 cars defined the 1970s. This was when regulations were much more relaxed than they are these days, so designers could be as wacky (um, creatively inspired, surely? –Ed) as they wanted. See the cream of this fantastic era in a gathering so big, they’ve had to split it into two.

Make sure you listen out for the blue and white Matra-Simca V12. The noise it makes is absolutely brilliant (and my ears are still ringing as a result).

The Porsche 911 race is really special, and not just because of the action: the noise from dozens of howling period flat-six Porsche engines is just sublime. It’s a harmonious roar that bounces and echos and, when they’re really on it in the race, will mesmerise your ears. 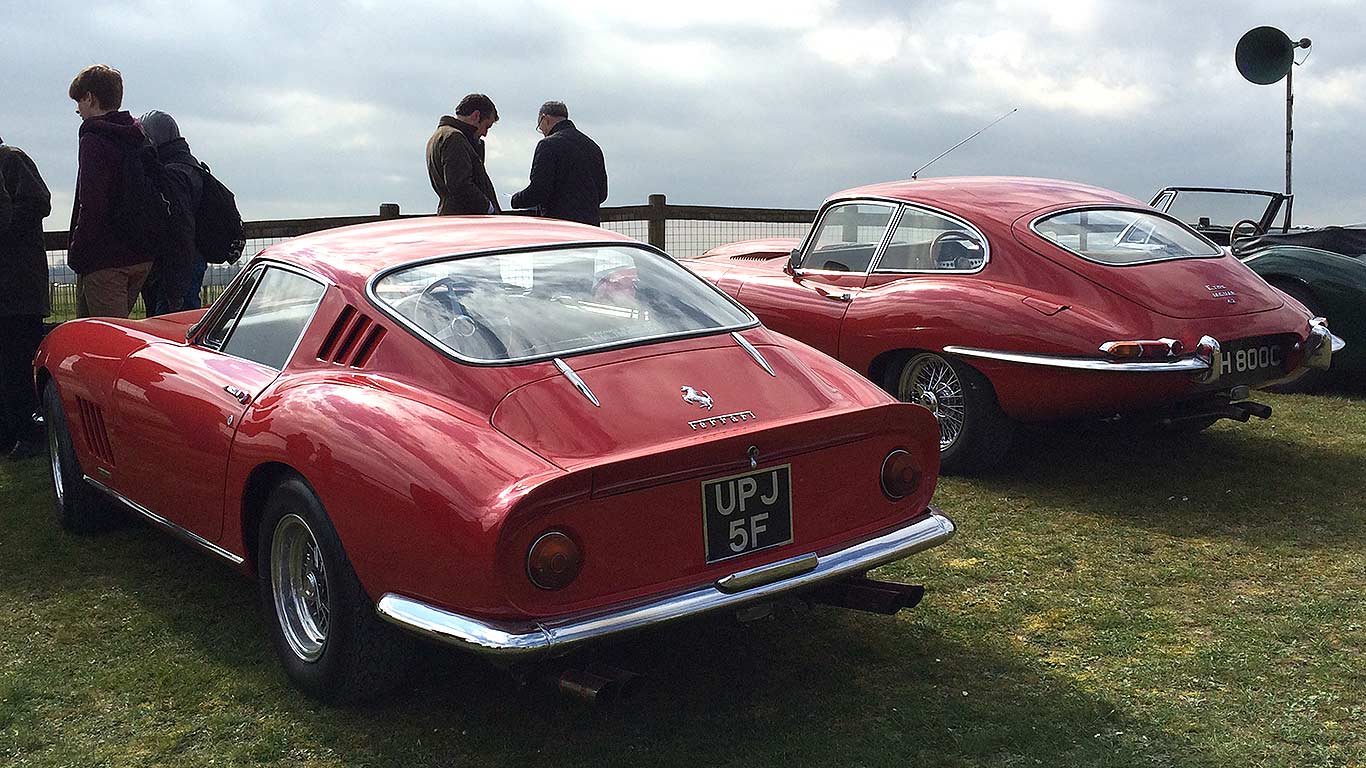 This is definitely worth a walk: the special car parks reserved for members only. If you own something special, you grab a space in it – which is why you’ll walk through and see innumerate Aston Martin Zagatos, Jensen Interceptors, Maseratis, non-obvious Ferraris, Lotus Cortinas, Triumph Vitesse – even the Mercedes-Benz SL rumoured to be owned by Howard Donald of Take That.

If you’re watching the live stream, you’ll notice there are a lot of daffodils at the 73rd Members’ Meeting. You’ll be right: there’s one million of them, all blooming marvellously on time. It’s already a Members’ Meeting signature that will wow you the first time you see it. Spring really has sprung.