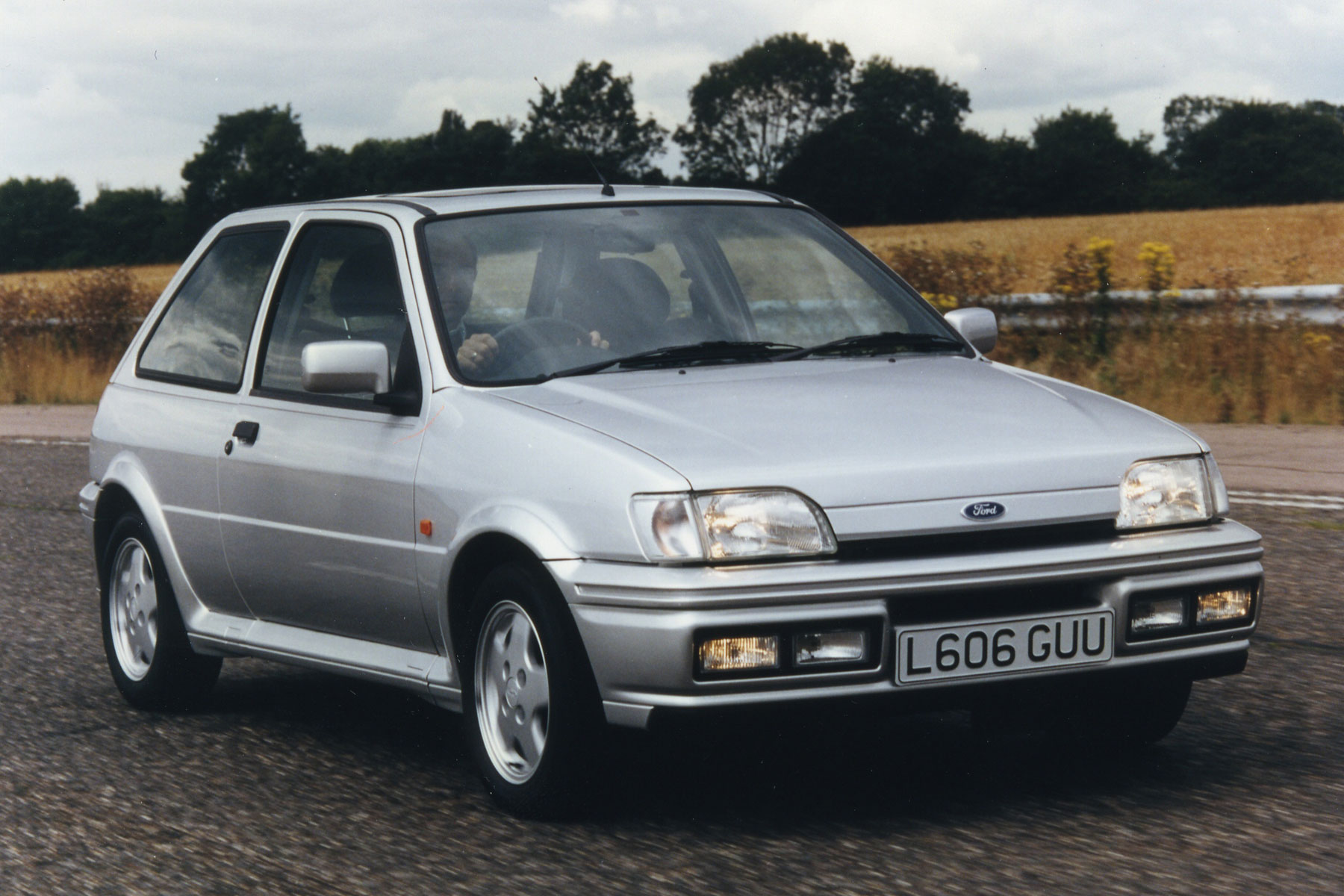 Every so often you’re told to write something that fills you with dread. “Pick 10 overrated fast Fords,” they told me, without handing me a flame-proof suit or a thicker skin. Fast Fords are like Eliot Ness, Jimmy Malone and George Stone – The Untouchables. And I fully expect to be forced into a pram and pushed down the steps of a railway station for daring to tread on this hallowed turf. Cover me, I’m going in. 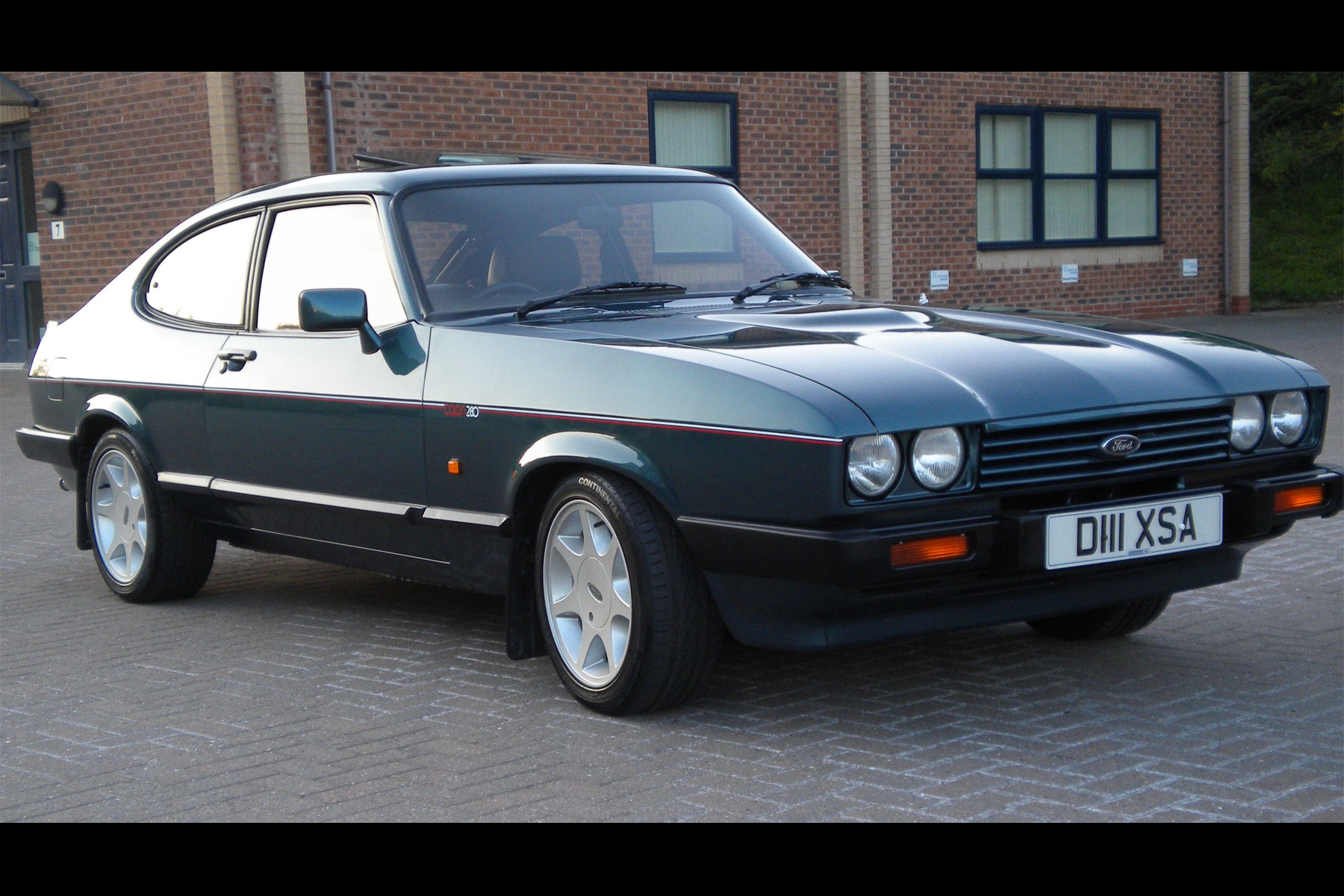 The emphasis here is on overrated. There’s little point trawling through Ford’s back catalogue of horror stories, because overrated doesn’t mean terrible – a car universally accepted as being rubbish has no place here. I also considered preparing a gallery filled with 10 different Ford EcoSport engine and trim configurations, but that wouldn’t pass the ‘fast’ test. So, I offer the Ford Capri 280 ‘Brooklands’ as the first sacrificial lamb. Wait, what? 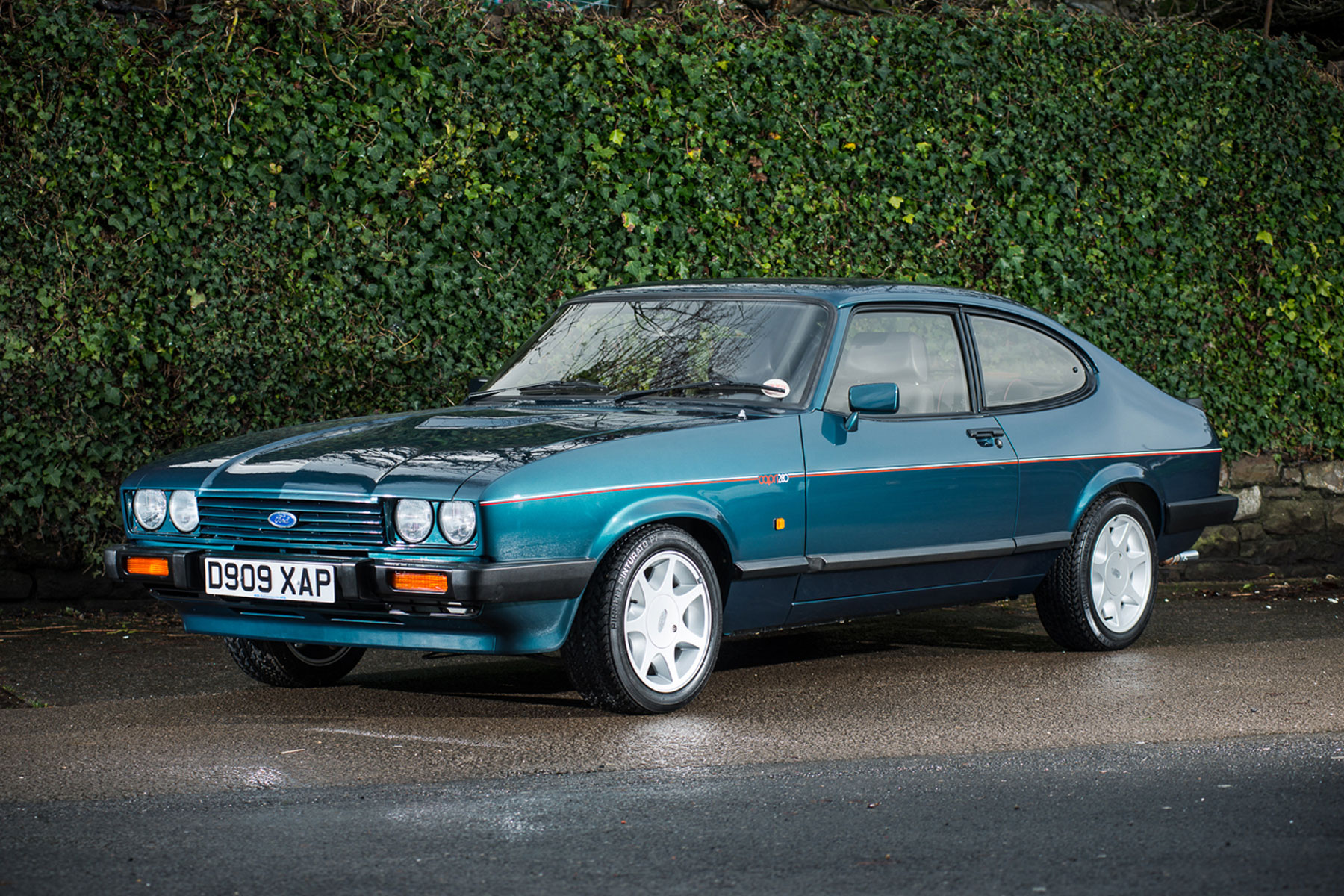 I love the Ford Capri 280 – I actually owned one in the days when the Capri was about as popular as an ‘I love Jeremy Corbyn’ t-shirt at a Tory party conference. I’m just not sure it warrants the huge sums of money folk are prepared to pay at auction – £54,000 is an awful lot of cash for a car that Ford struggled to sell for £11,999 when new. A standard 2.8i Special does the job of being a Capri just as well but without the inflated scene tax. 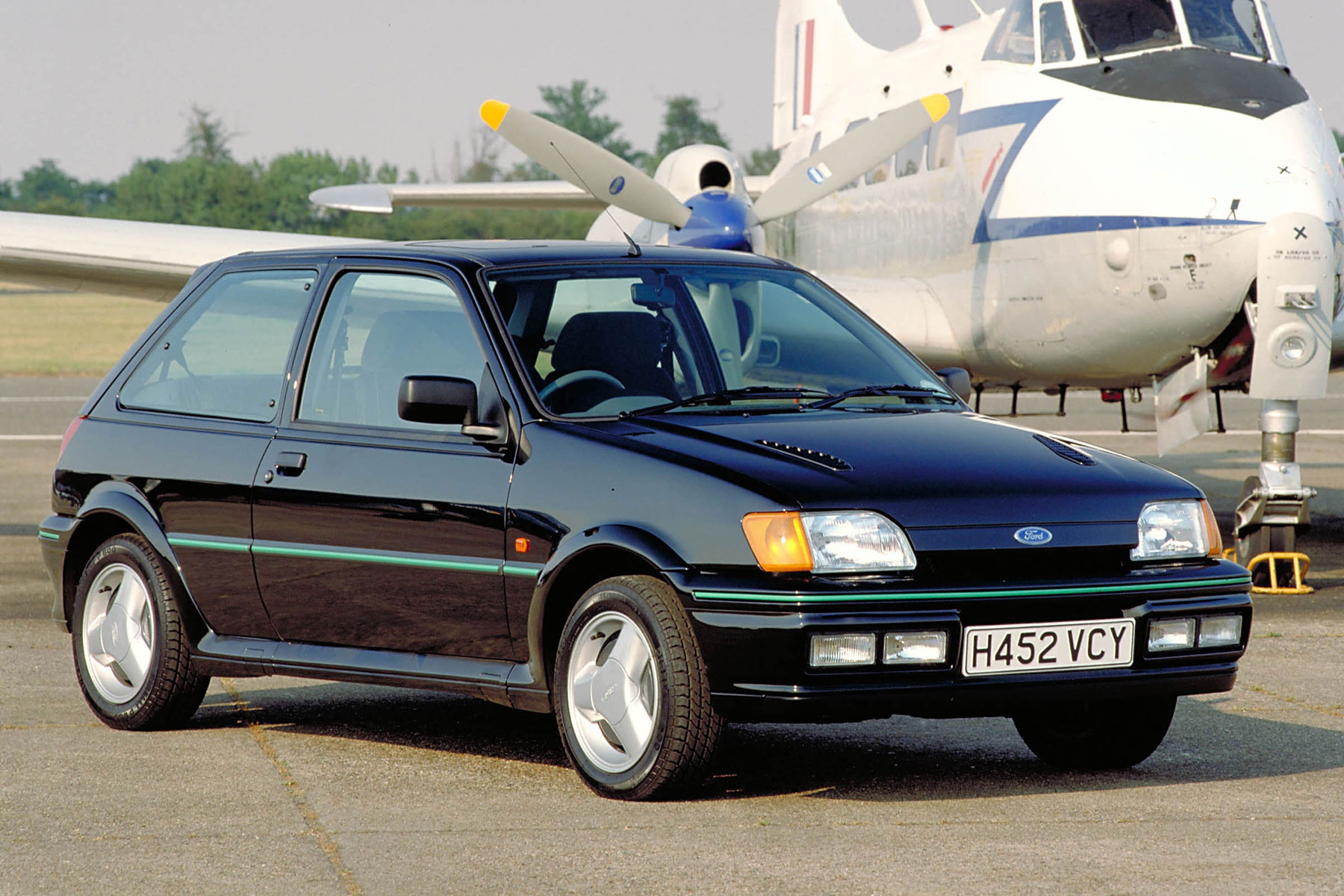 “The RS Fiesta is a crude performance machine that offers no finesse and little reward to the skilled driver. That it is a much more convincing sporting package than the XR2i is not in doubt, but the compromises endured to make it so are hard to accept. It falls a long way short of the well-rounded brilliance of either the Renault 5 GT Turbo or the Peugeot 205 GTI 1.9 – by trying too hard. The Fiesta RS Turbo misses the mark.” The conclusion of Autocar & Motor in June 1990. 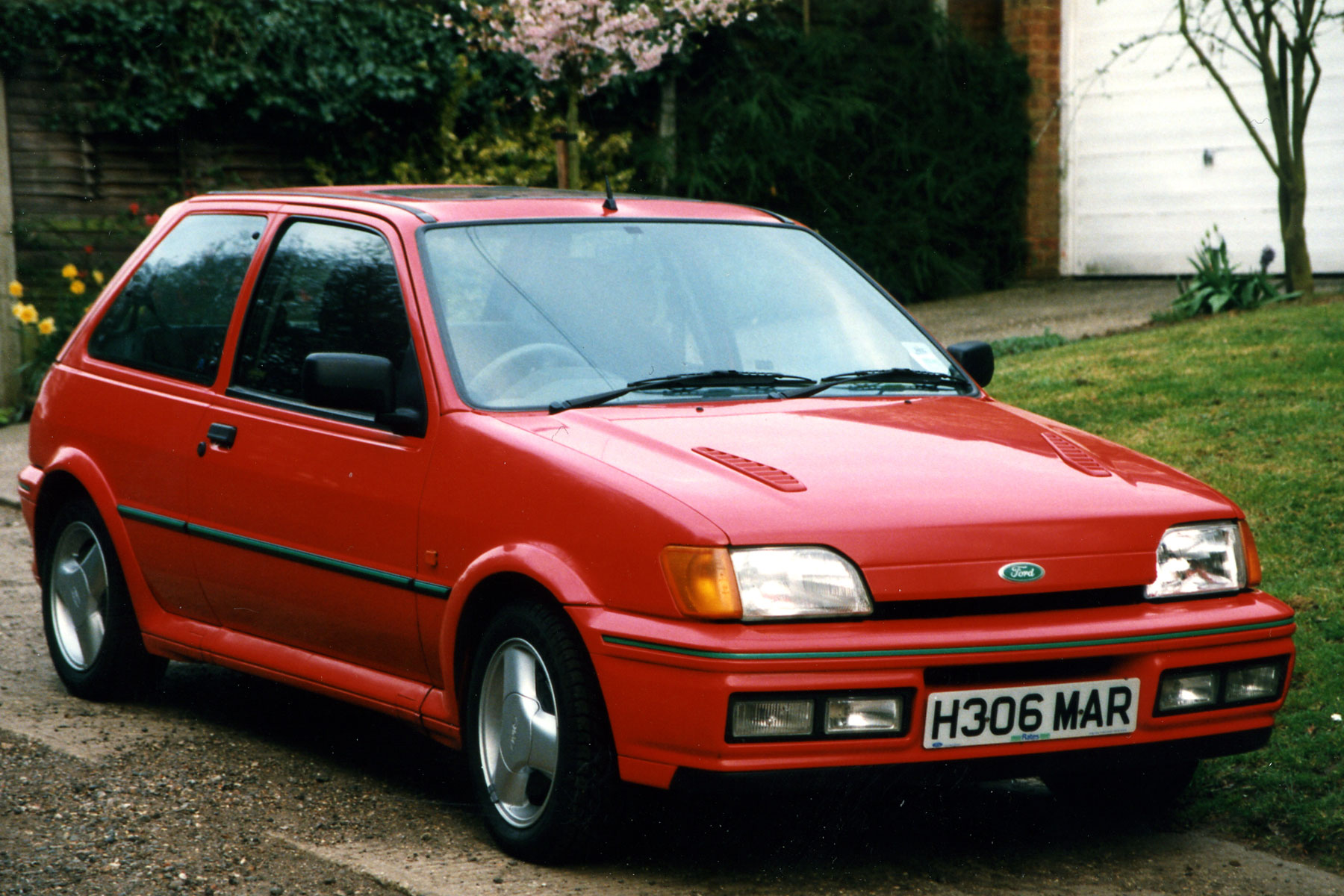 Even the most ardent of RS or Ford Fiesta fan would have to admit that this wasn’t a high-point in the history of fast Fords. In fairness, it probably doesn’t tick the ‘overrated’ box, either. But these things are changing hands for £7k+ and there’s one available right now for £12,500. Is this the power of the RS badge at work or the knock-on effect of an artificially inflated market? Answers on a postcard to the usual address… 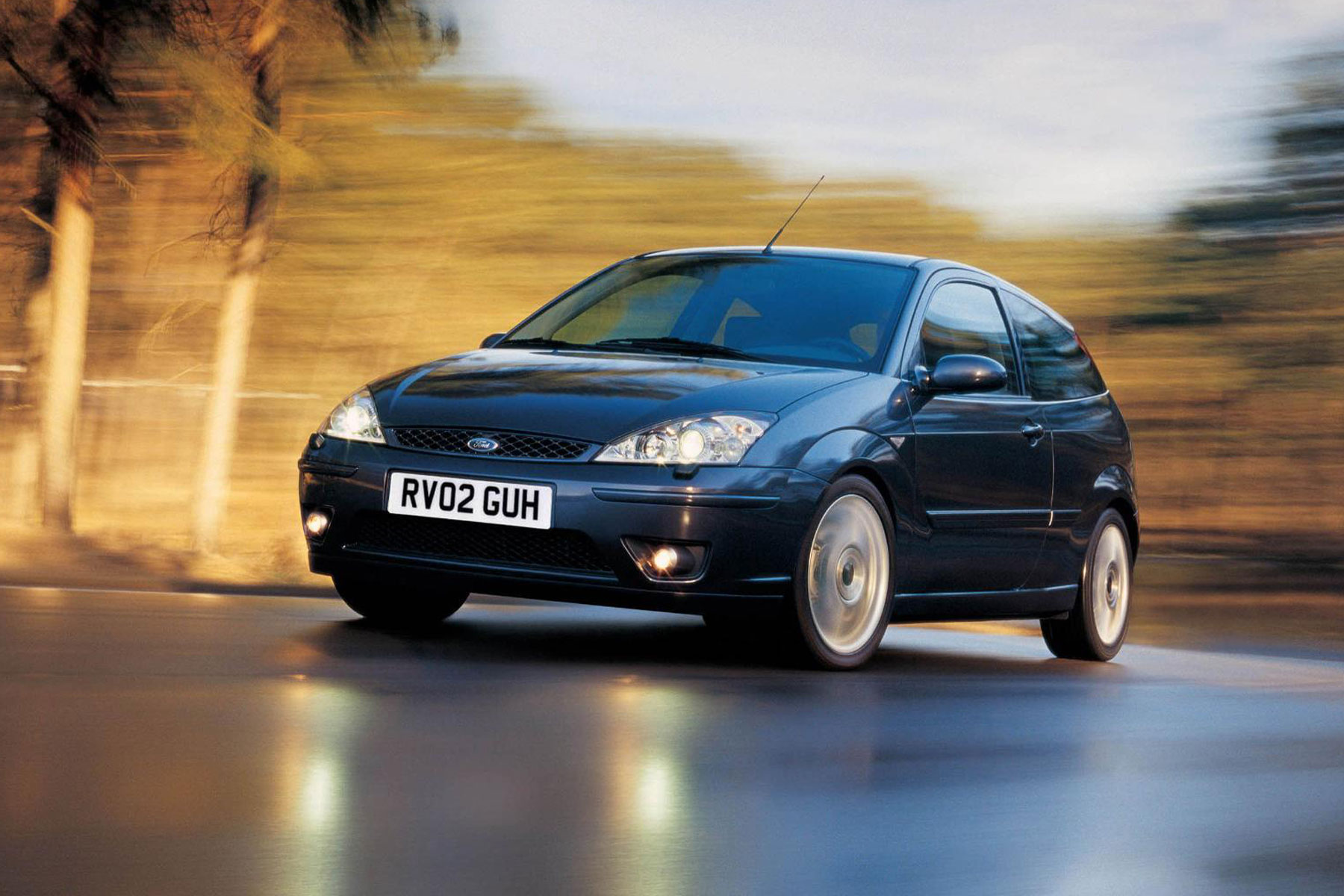 Maybe I expected too much, but the Ford Focus ST170 was one of the most underwhelming cars I have ever owned. It doesn’t help that I owned one after living with a Ford Racing Puma, which remains one of the best cars I have driven and can rival the Honda Integra Type R for the title of best front-wheel-drive car. I just never really bonded with the ST170 – it offered little emotional attachment. 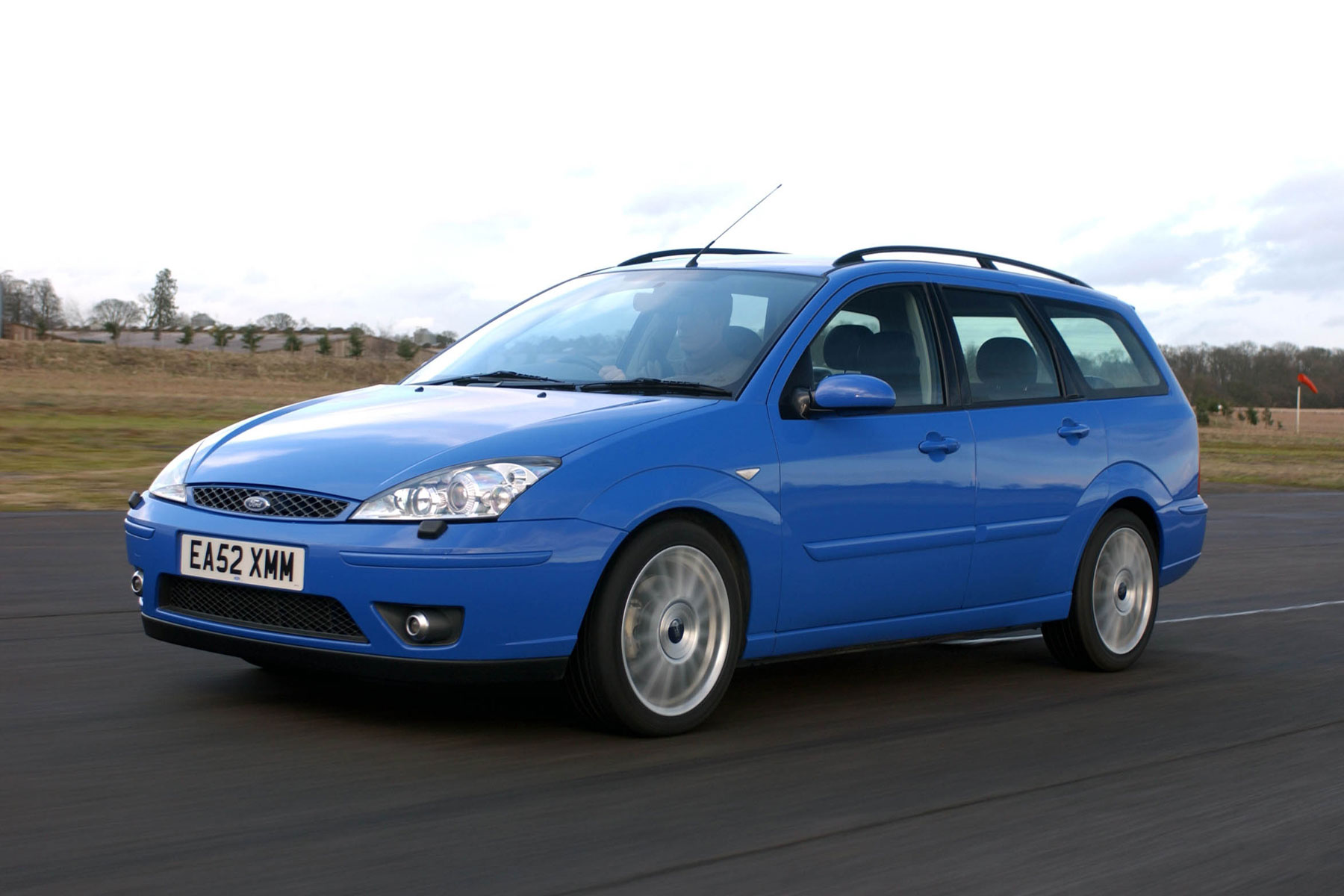 The ST170 does boast a fine chassis and superb steering, but it always felt a little off the pace, while the (optional) Recaro full leather seats (half-leather came as standard) only served to deliver a feeling of sitting on rather than in the car. If I said a standard 1.6 or 2.0 Zetec offered as much fun but with even less power, it might sound like I’m contradicting my own reasoning. But that’s the point – a 1.6-litre Zetec is underrated, while an ST170 is, perhaps, a little overrated. 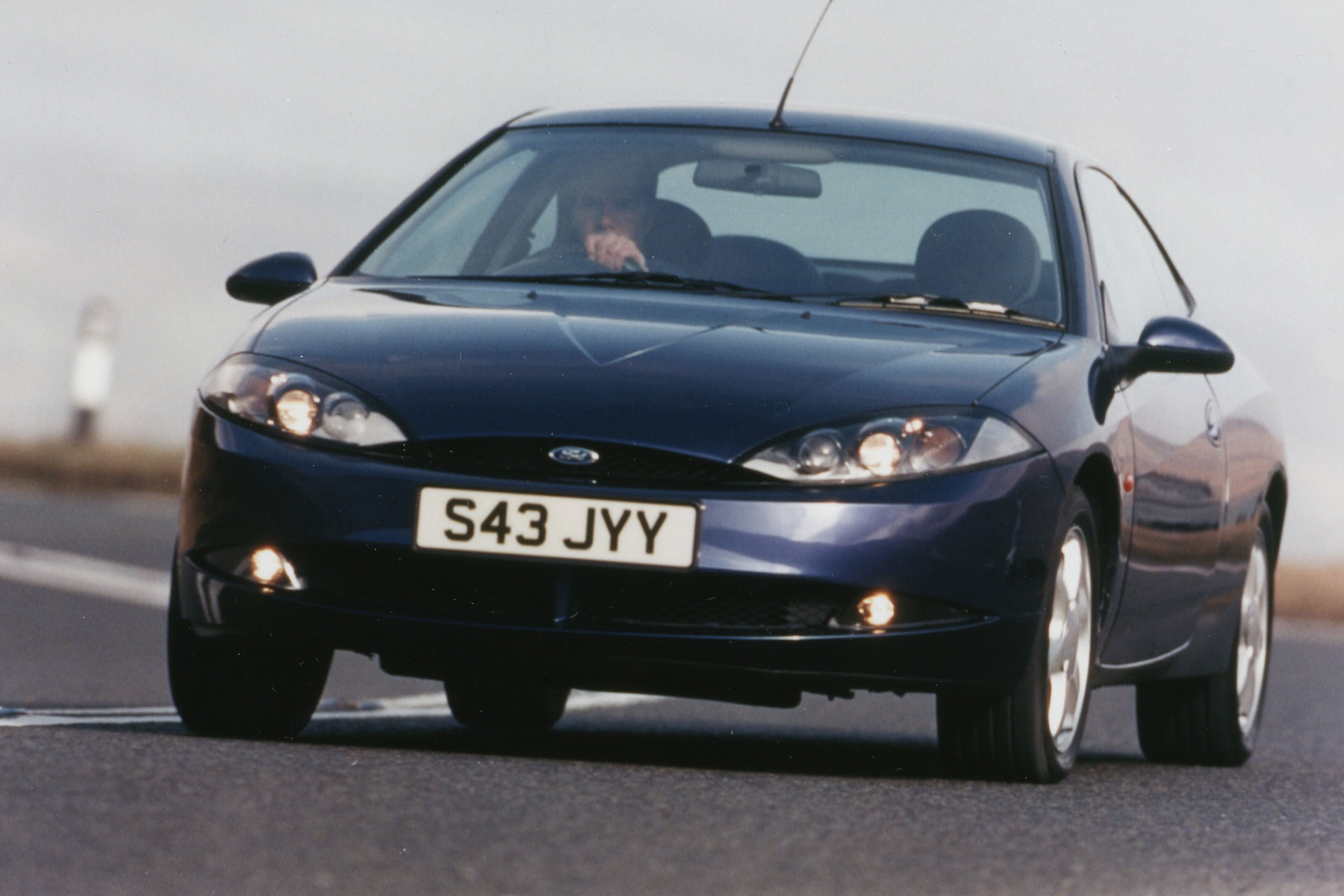 Ford never managed to replace the iconic Capri, with both the Probe and the Cougar failing to strike a chord with the buying public. We had high hopes for the Cougar, not least because it stemmed from a moment in time when Ford could do little wrong – the Ka, Puma and Focus were three of the most dynamically-sorted cars you could buy. 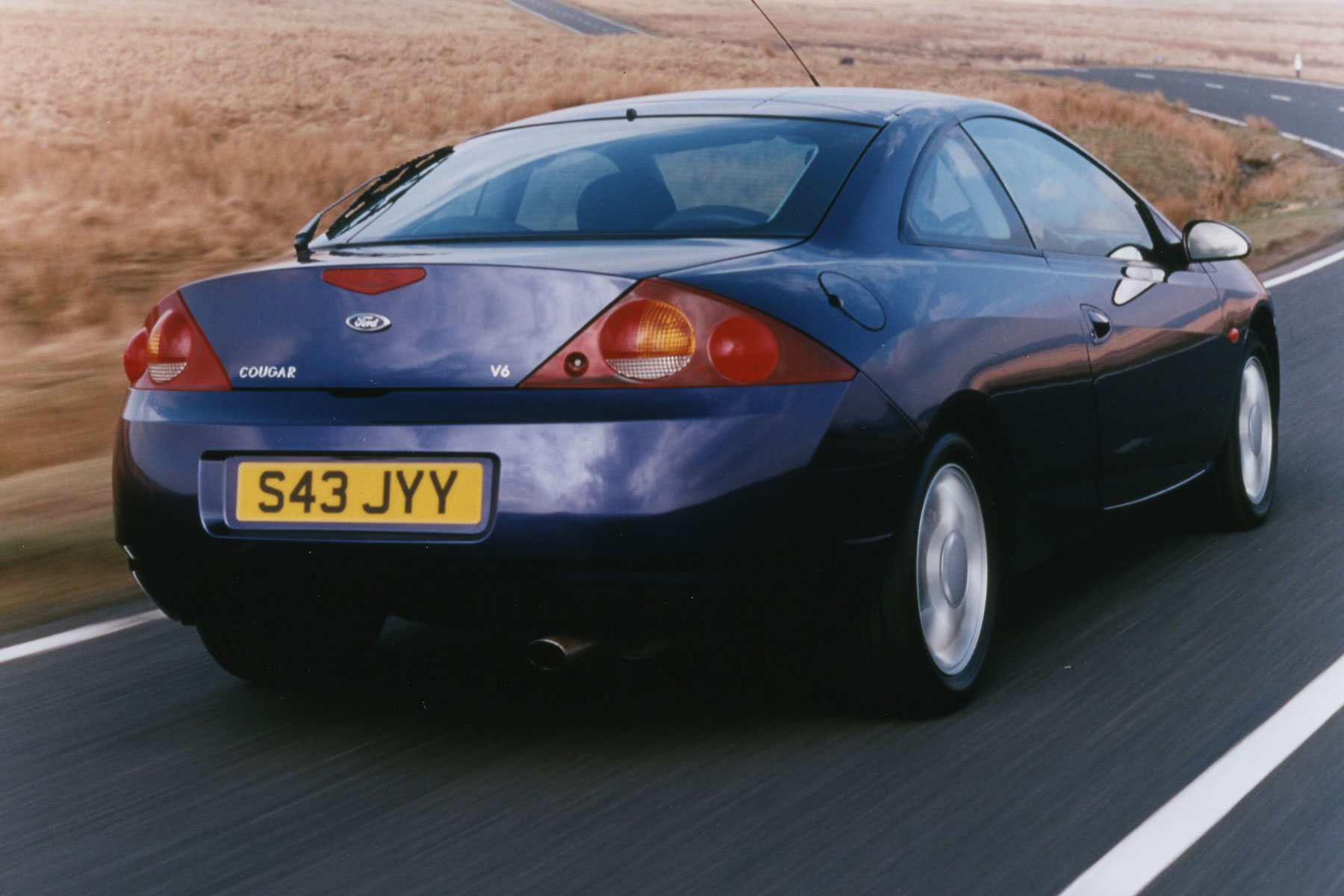 The Cougar’s ‘New Edge’ styling talked a good talk, but on the road it never really got into its stride. Sure, the 2.5-litre V6 offered genuine performance – 0-60mph in around eight seconds and a top speed of 130mph – but the ride and handling were more soft-focus than hard-edge. A nice grand tourer, then, but there are better options out there if you fancy a relaxed cruiser. Peugeot 406 Coupe V6, anyone? 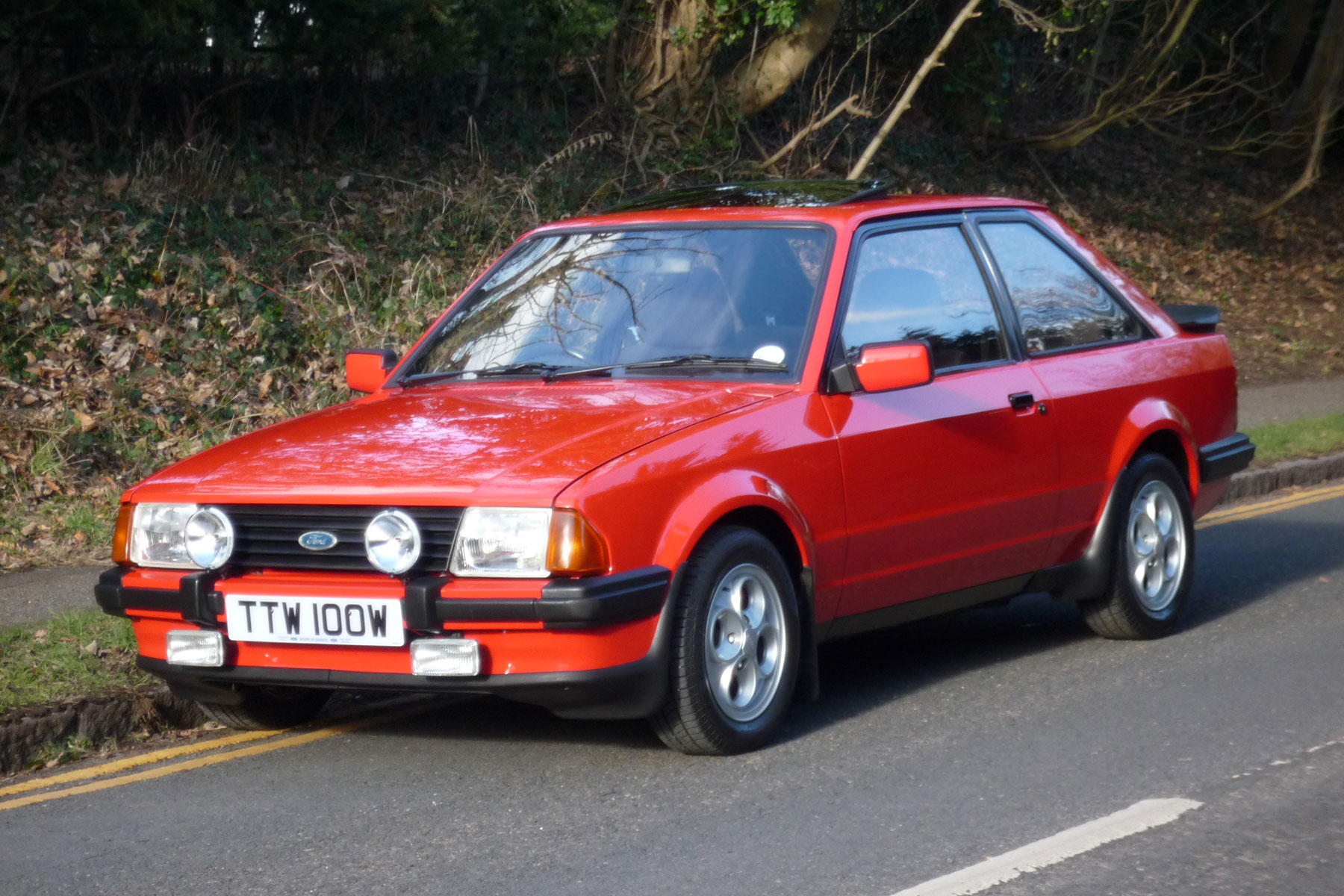 Do you hear that? That’s the sound of keyboard warriors typing my obituary and writing letters of complaint. Describing the XR3 and XR3i as anything other than brilliant is tantamount to treason – it’s like saying bad things about Dame Vera Lynn or criticising a Cornish pasty within earshot of a Cornishman. And, once again, let me say on record that I have a huge soft-spot for Ford’s rabble-rousing blue-collar hero. 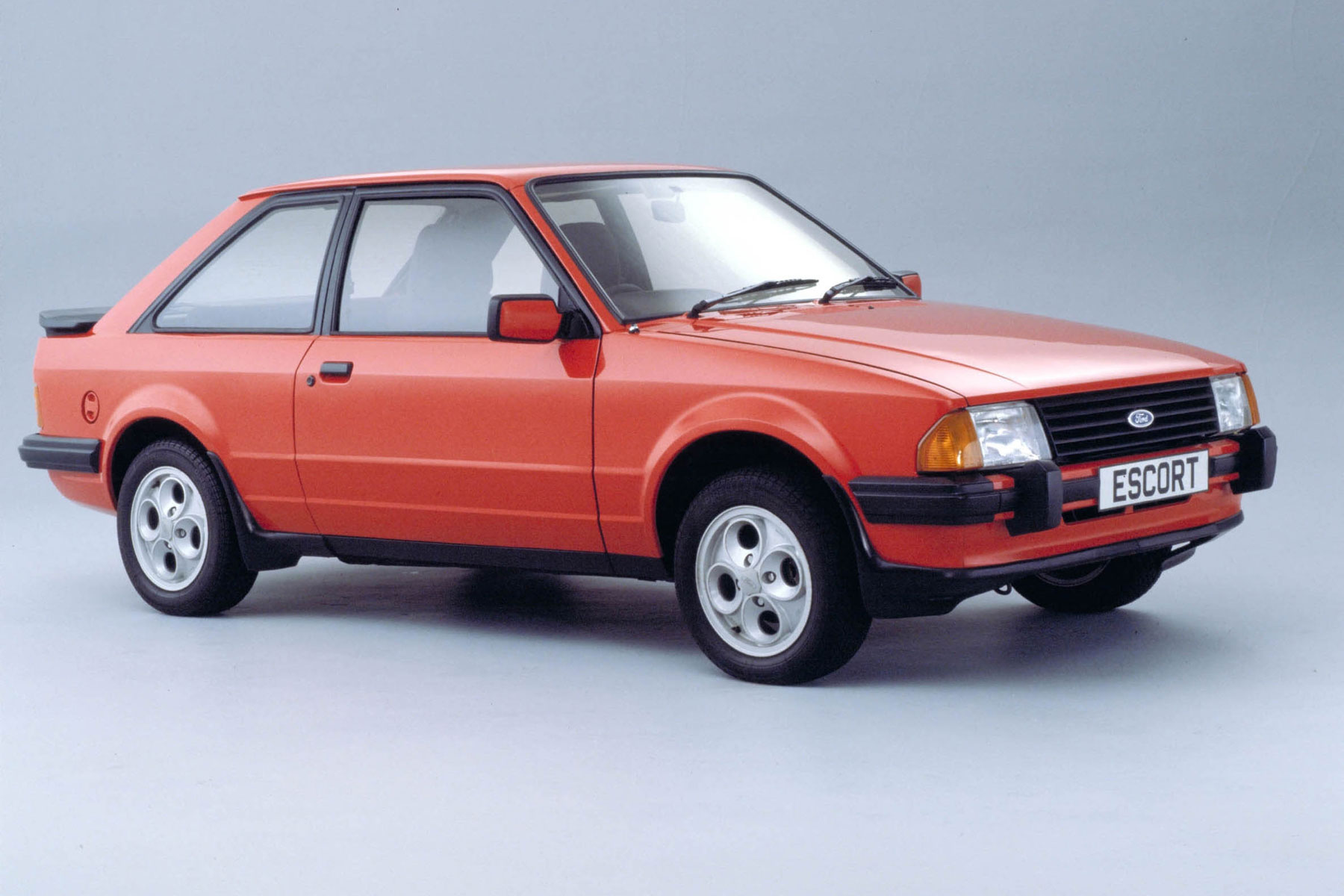 But, in most group tests, the Escort XR3 and XR3i were outclassed by sharper rivals, even if, subjectively, the Ford wore the most desirable suit. Nostalgia and the passing of time have elevated the hot Escort to a higher plain, while popular appeal ensures that a healthy number survive today. Jeez, I’m not enjoying this piece. Please, feel free to click on something else. I hear the ‘10 overrated magnolia paints’ gallery is an interesting read. 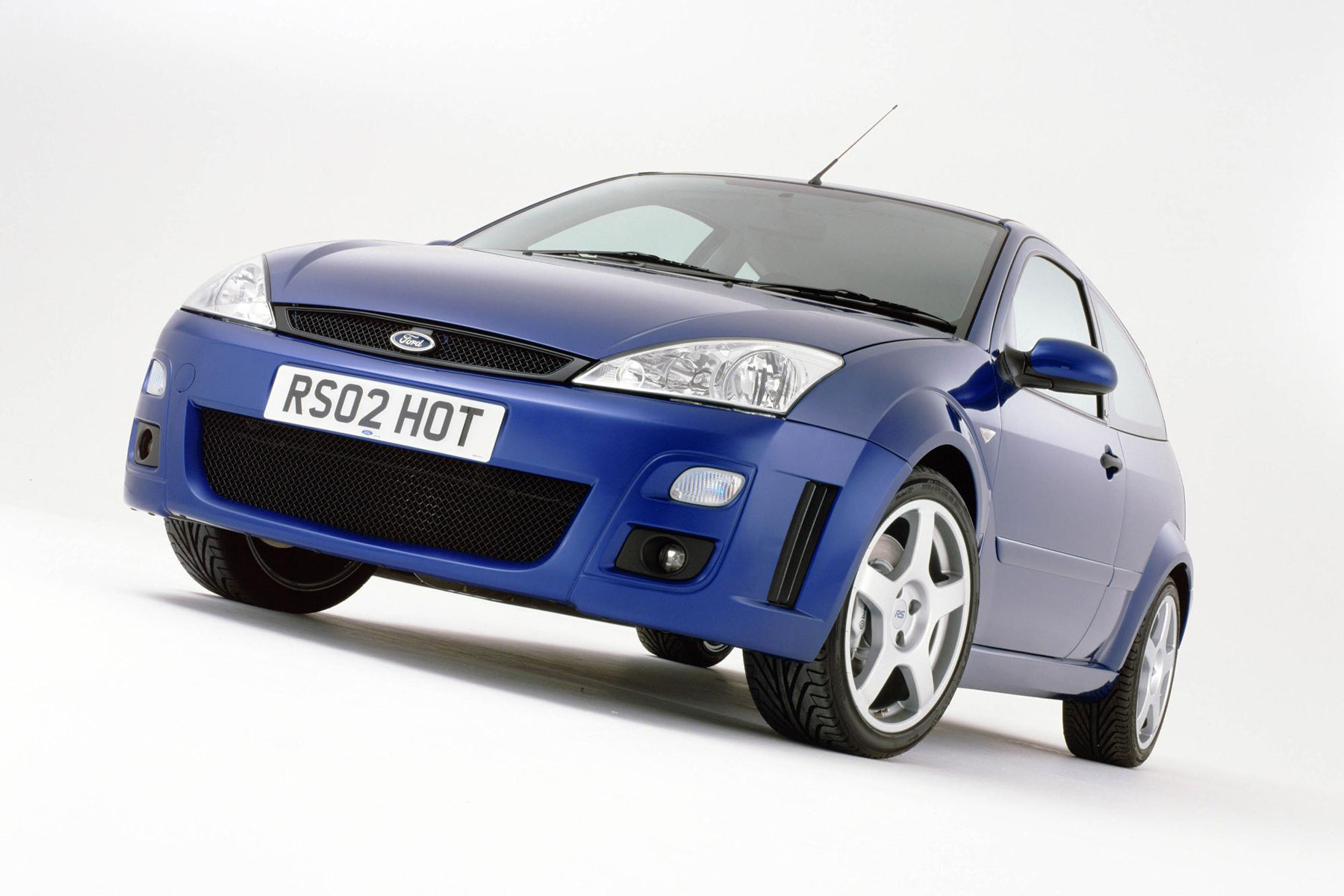 Has there been a better looking Focus RS than the original? By adopting a ‘less is more’ approach to the styling, Ford created an understated masterpiece and an icon of the hot hatch scene around the turn of the millennium. It was hugely popular, so much so that Ford managed to shift 4,501 of them, even if it did make customers wait for what seemed like an eternity. 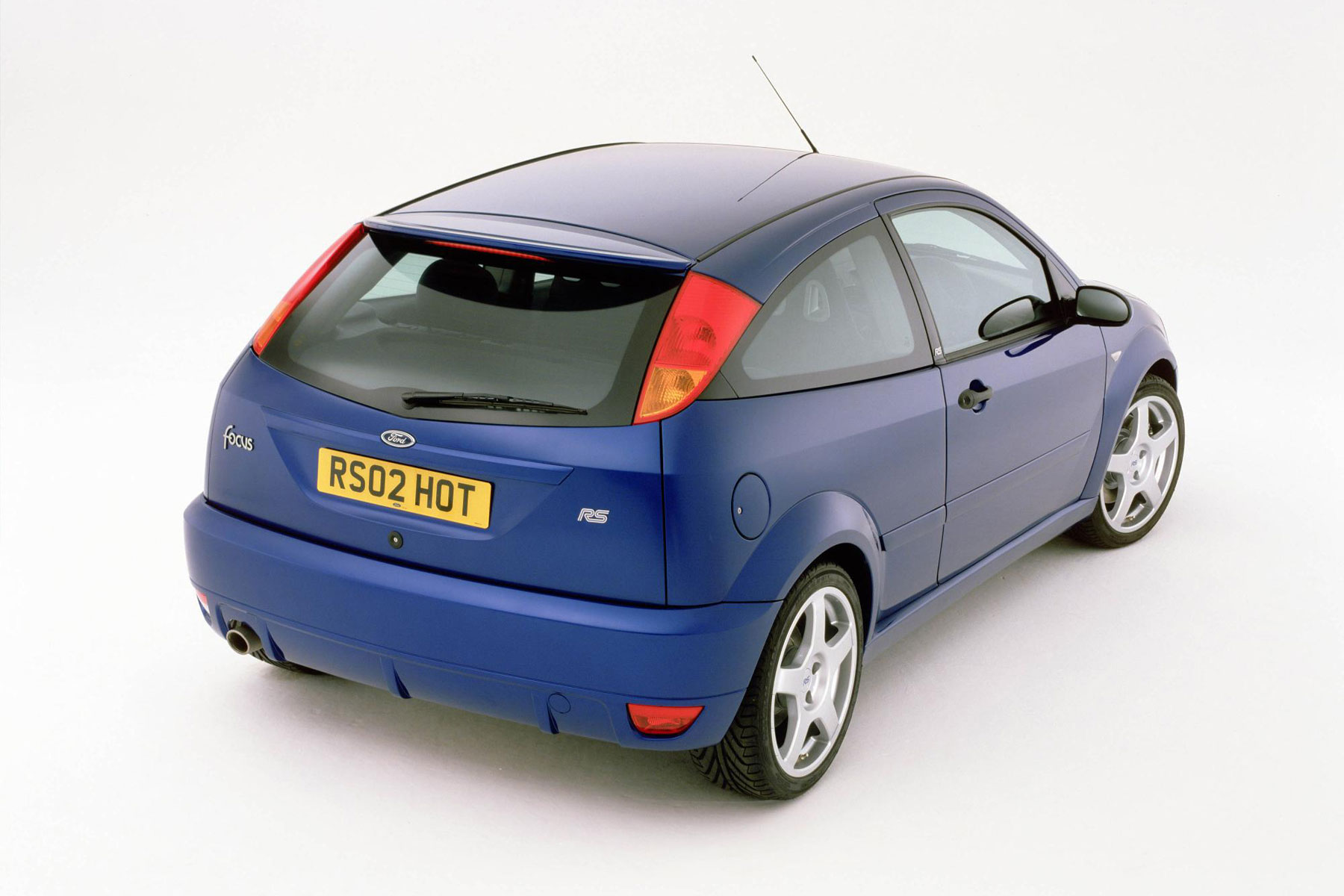 So, what’s it doing here? Well, it may have had the power, but it lacked the sharpness and directness of the limited-run but commercially unsuccessful Racing Puma. It was also bizarrely inconsistent – you could drive two cars back-to-back and one would feel spot-on and the other horribly unpredictable. Including the Mk1 Focus RS was a tough call, but I was told I couldn’t use the second-generation Ka. 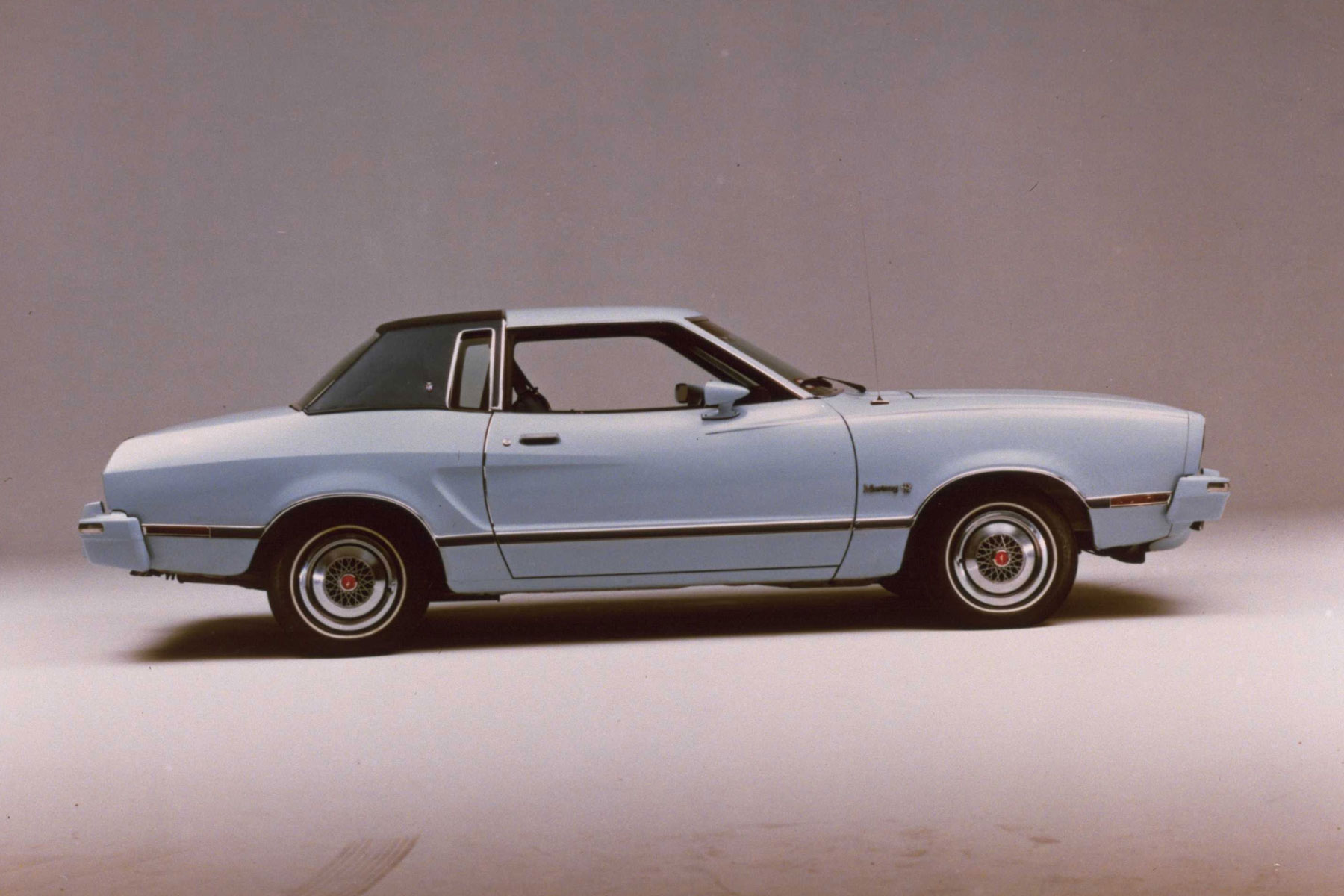 I’ll be surprised if this one makes it past the editor, because it’s widely accepted that the Mustang II wasn’t one of Ford’s greatest hours. But I’m going to use this opportunity to cut the Mustang II some slack – it really wasn’t as bad as everybody makes out. In fact, it was probably the right car at the right time. 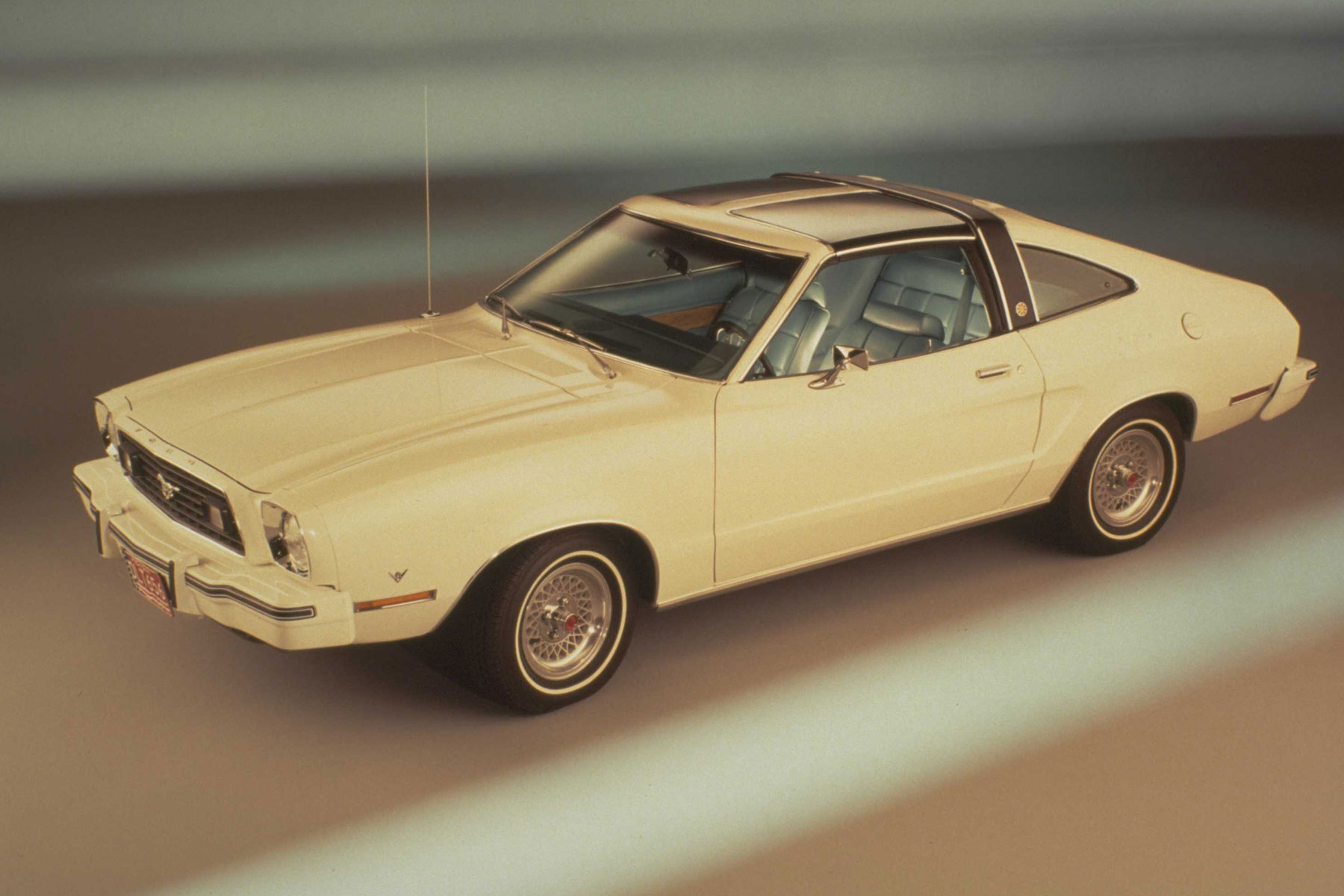 Everybody puts the original Mustang on a pedestal – it was good looking, affordable and totally captured the essence of the American dream. But it didn’t stay perfect for long, with the Mustang getting heavier and losing its youthful good looks long before the first Mustang II rolled out of the showroom. By the early 70s, the American dream was turning into a nightmare, with the energy crisis creating a need for downsizing and economising. A smaller Mustang with a range of more fuel-efficient engines was just what the market needed. 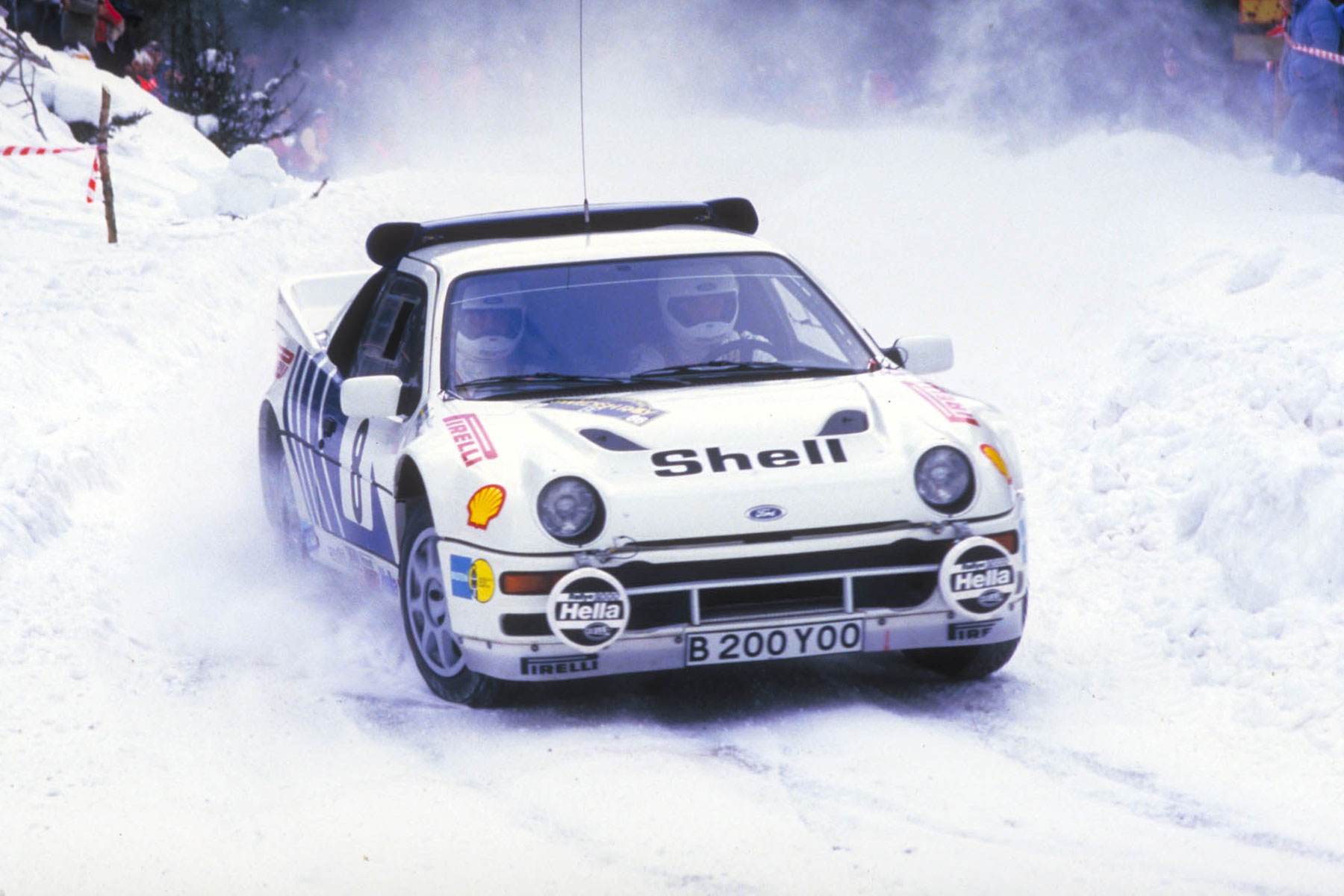 Whether they were successful or not, we all have a soft-spot for the Group B era rally cars. Labelling any of them ‘underrated’ might be a stretch, but there’s a feeling that the Ford RS200 never lived up to its true potential. Ford took a huge gamble when it confirmed that it wouldn’t return to defend its WRC crown in 1980, opting instead to focus on the RS1700T based on the Mk3 Escort. Cutting a long story short, the gamble didn’t pay off – the Escort was complicated, the project was delayed, and the Audi Quattro was ushering in a new era of four-wheel drive rallying. 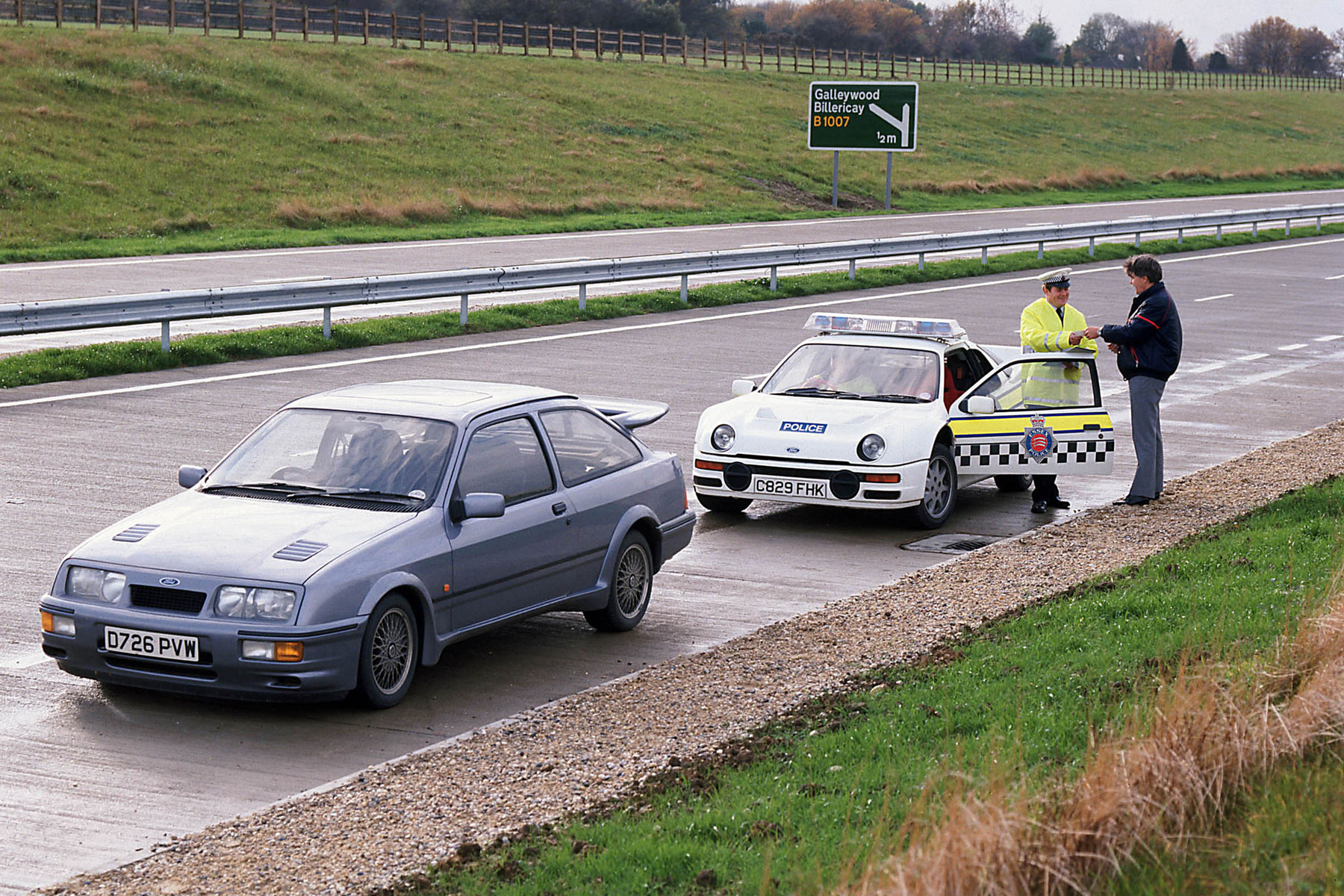 With the RS1700T project dead in the water, Ford turned its attentions to a purpose-built rally car. The RS200 should have been great – without a showroom model to base it on, and with Ford’s rallying knowhow, the car should have achieved more than a third-place finish in Sweden and a succession of DNFs. It was also central to the tragic events in Portugal, when three people were killed. The success of the Escort and Focus would suggest that Ford’s rally cars are at their best when based on more humdrum models. 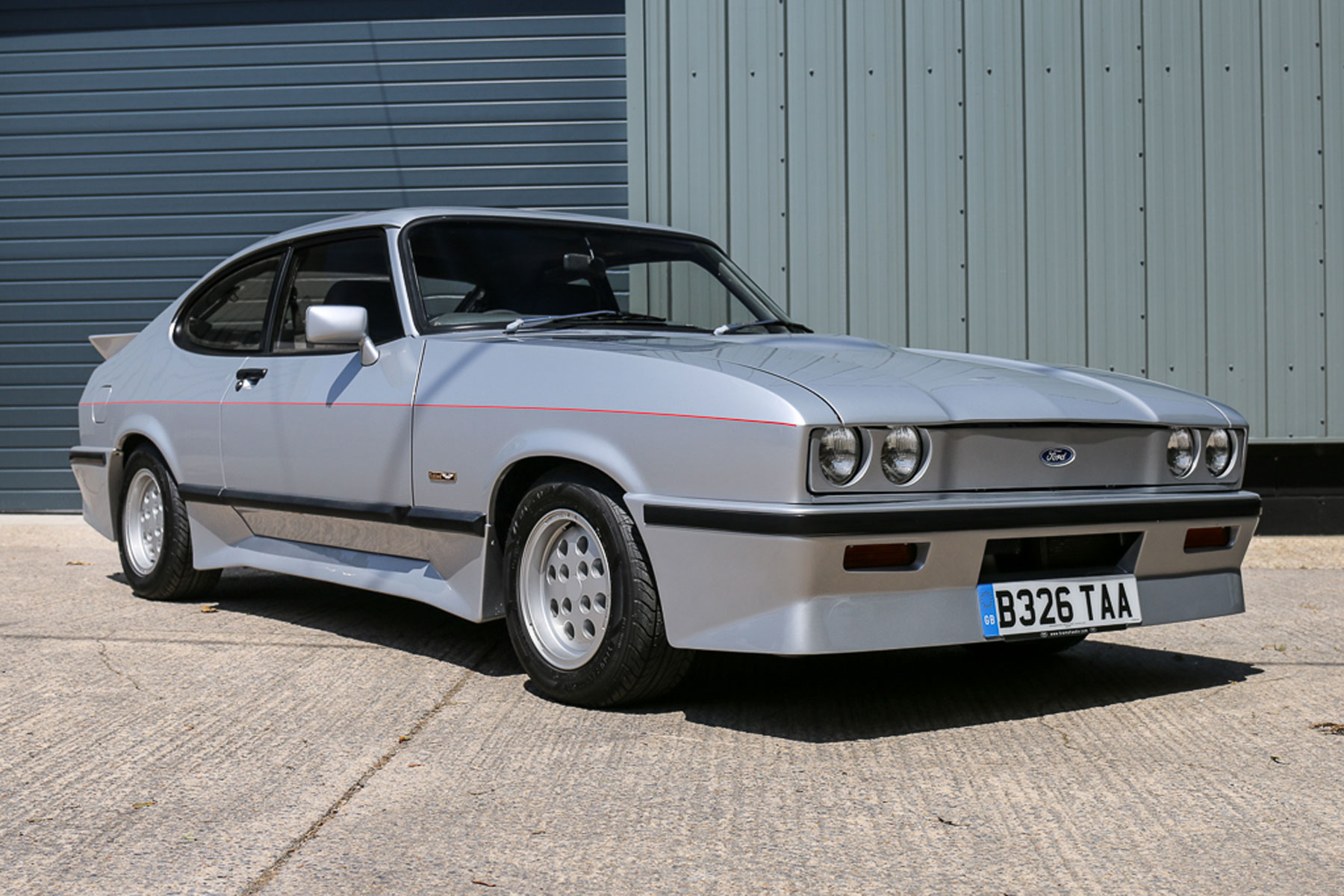 The Ford Capri Tickford cost £15,000, some £6,000 more than the regular 2.8i. For some context, that was about the same price as a Lotus Excel 2.2, Porsche 944, TVR Tasmin and Rover Vitesse. The decision to use the blue-collar performance hero as the basis for a makeover by Aston Martin Lagonda’s engineering division always seemed like a strange one, not least because the standard Capri 2.8i did everything so well. 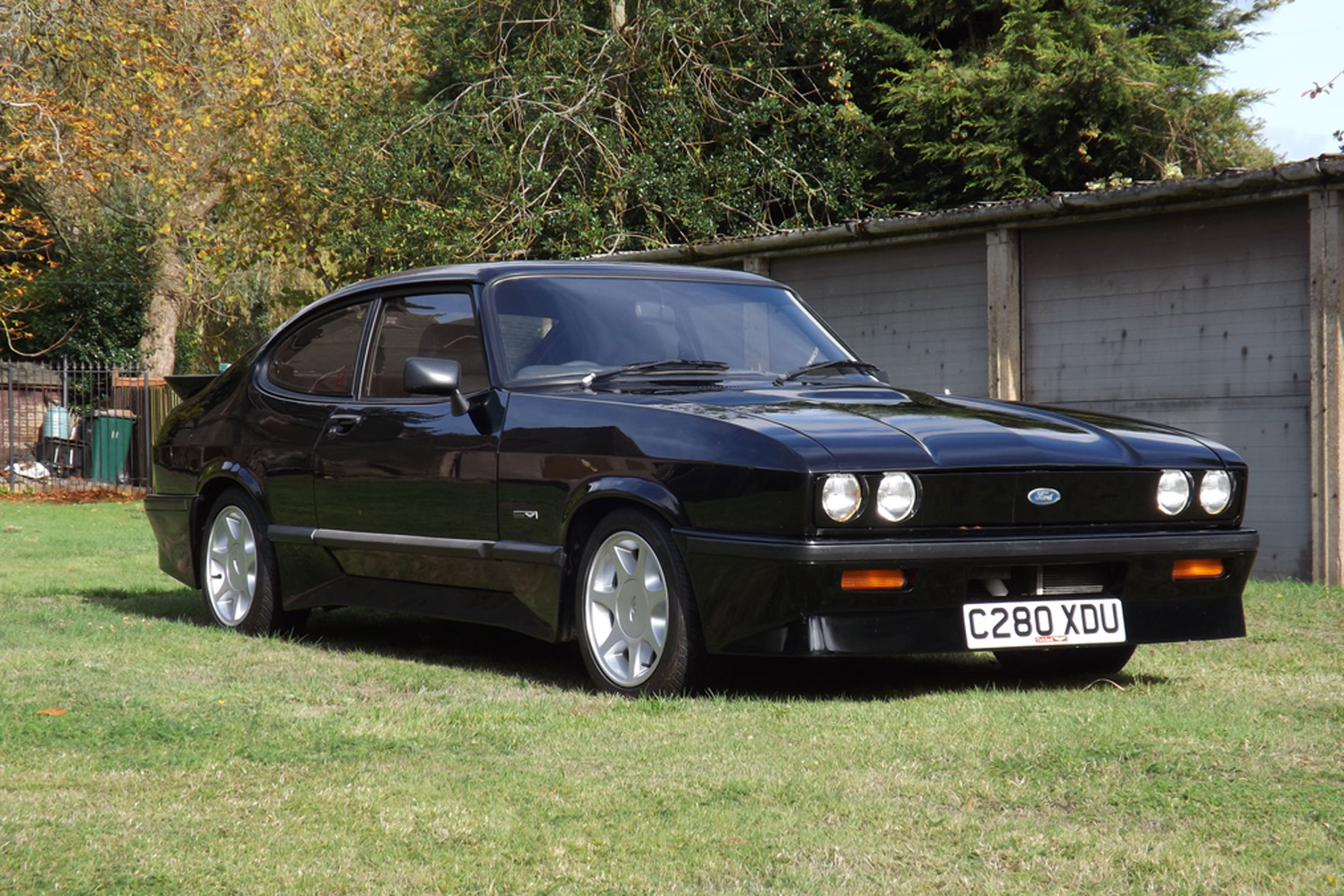 In fairness, Tickford did a comprehensive job in its quest to create a faster and more upmarket Capri, even if the glass fibre body panels might upset both Aston Martin and Capri purists. At least they served a purpose, reducing lift and drag. Tickford also fine-tuned the suspension, upgraded the brakes, added a turbocharger and treated to the interior to walnut and leather. If you fancy one, this Tickford Capri is going under the hammer at the CCA sale in December. Estimate: £18,000 to £22,000. 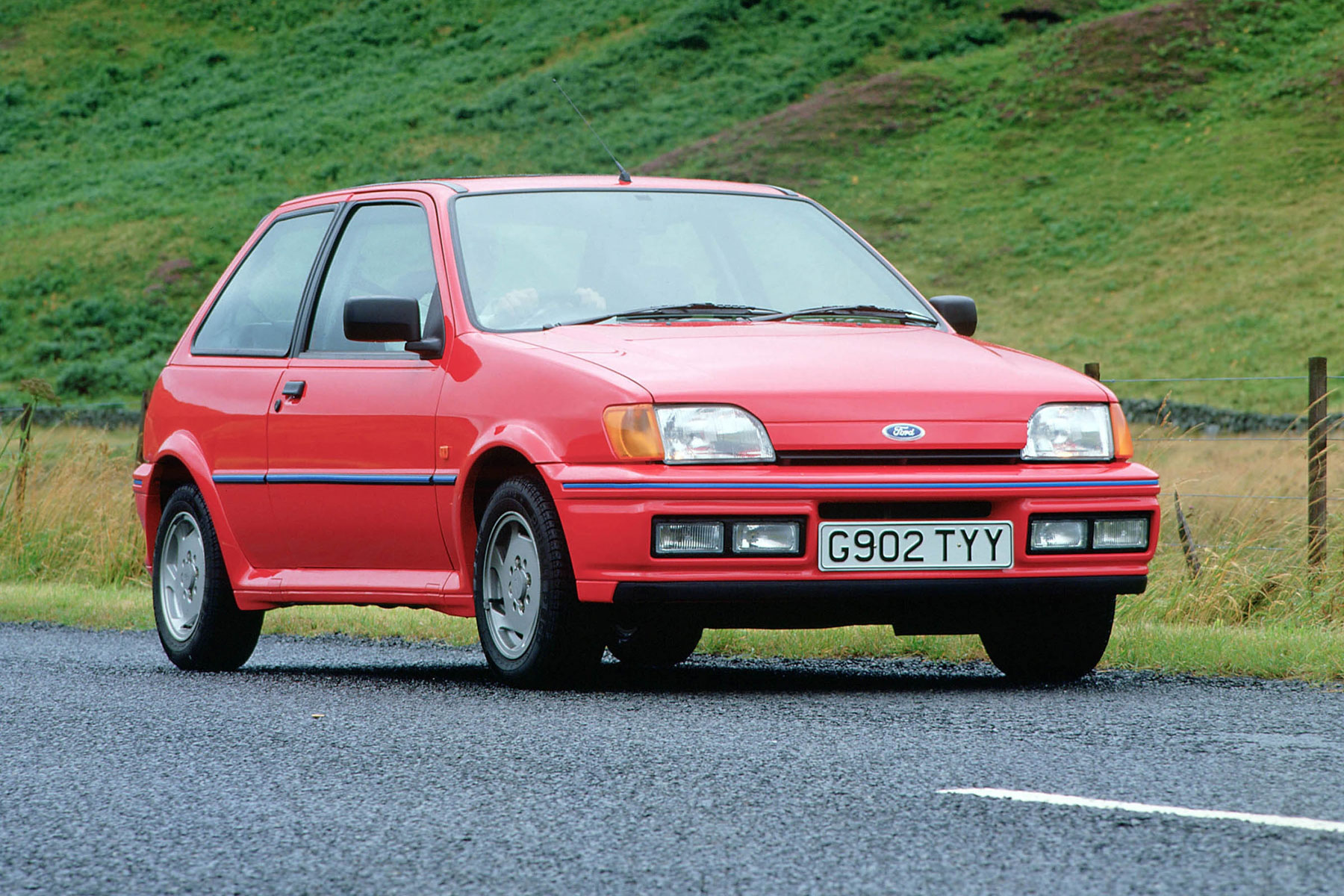 While not exactly scathing, contemporary reviews of the Ford Fiesta XR2i weren’t brimming with praise. In a twin-test with the Peugeot 205 GTI in 1989, Autocar & Motor said: “The XR2i won’t survive six years of first division action without a major re-think of tactics.” Like the XR3i, the feisty Fiesta thrived on populist appeal and sheer ubiquity. 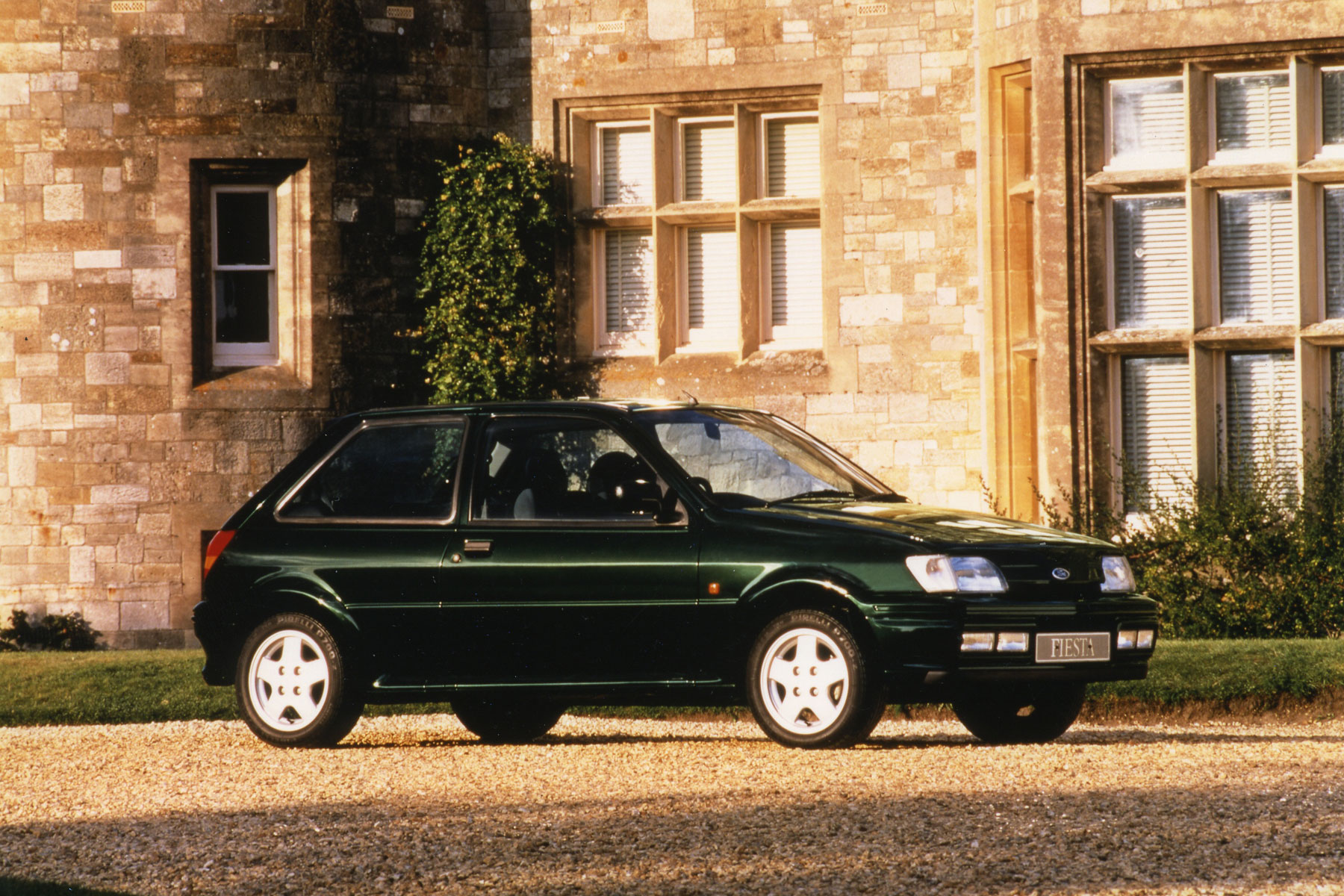 Things improved in 1992, when the Fiesta XR2i gained a new 1.8-litre 16-valve engine, a cosmetic refresh and stylish 14-inch alloy wheels shod in 185/55 Pirelli P700 tyres. It helped to bridge the gap, although the hot Peugeots and Renaults were still streets ahead of the Ford. And with that, I can draw a line under this nightmare experience. I’ll leave my fast Ford fanboy badge at the door.