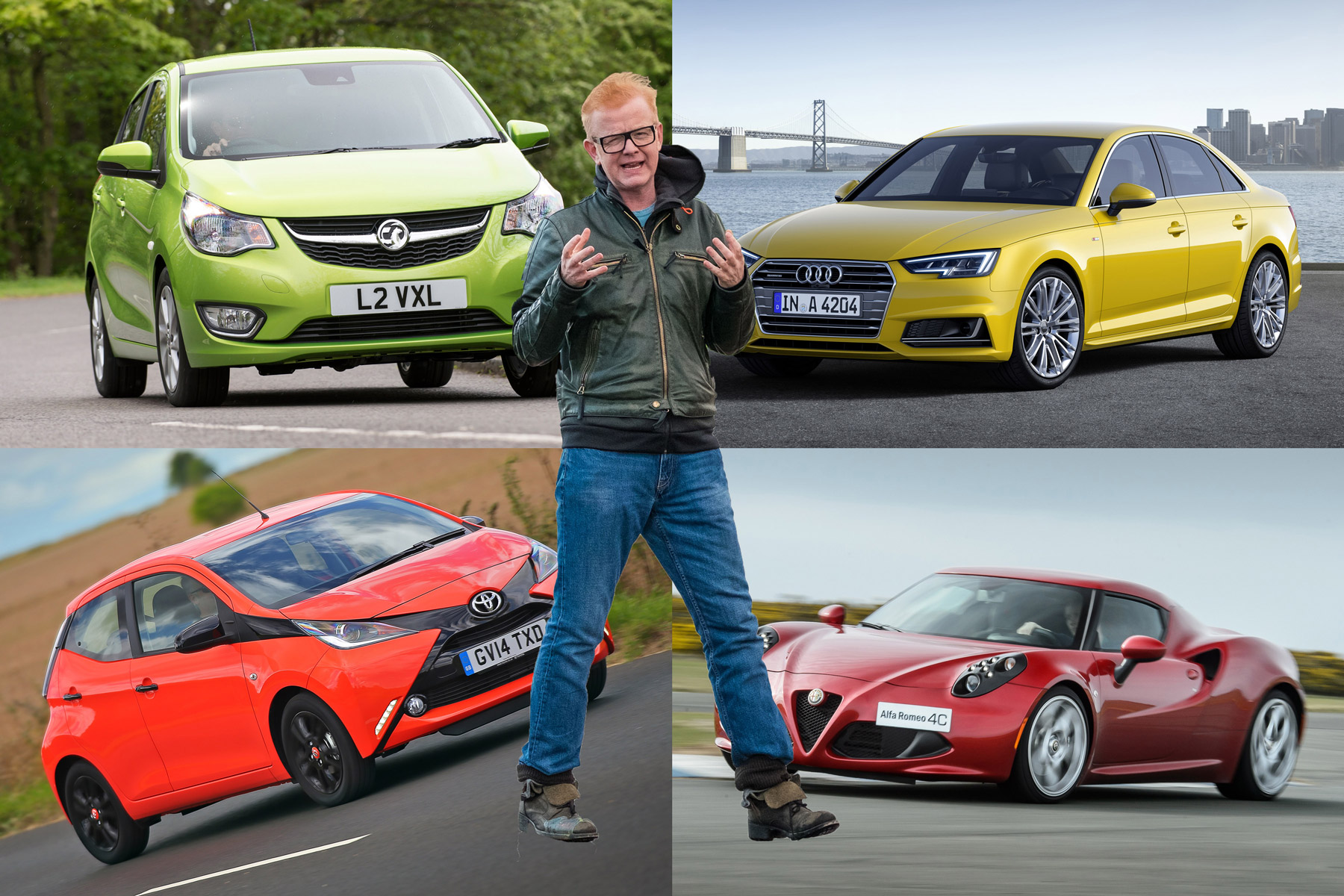 Now that the first episode of the new Top Gear has aired, you’re allowed to have formed an opinion of lead presenter Chris Evans. There’s no denying he’s proving controversial – with some labelling him as ‘Mr Shouty’, and other questions how much he actually knows about cars.

We don’t want to tear into Evans too much… filling Clarkson’s shoes isn’t an easy task, but we can’t help but disagree with some of his reviews published in the Daily Mail over the last few years. Who do you side with? 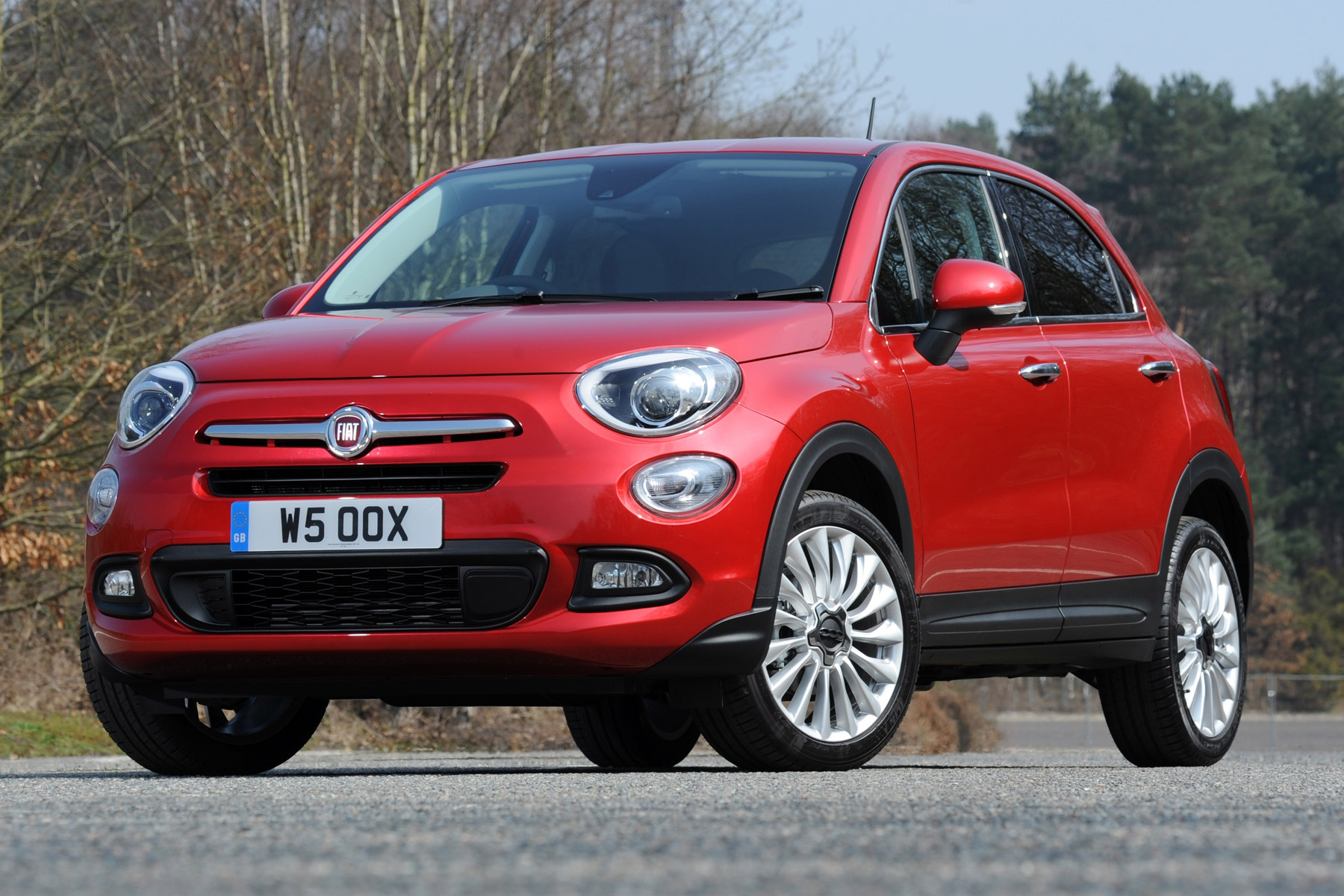 Chris Evans loathes the Fiat 500X. At best, he describes it as ‘satisfactory’, but complains that it “has no soul whatsoever, which should be illegal for anything bearing the famous Fiat 500 logo.”

We kinda get his point. It’s true, the firm is attempting to cash in on the success of its modern Fiat 500, but describing the 500X as ‘the ultimate car by committee’ is taking things a little too far. For example, the 140hp 1.4-litre petrol engine tested by Evans is brilliant. The 500X is a quirky contender in a competitive segment, with fun looks and a good quality interior. We gave it four stars when we drove it – Chris Evans, just the one.

Besides, Evans likes the 500L. And that proves his opinion on quirky Fiats is null and void. 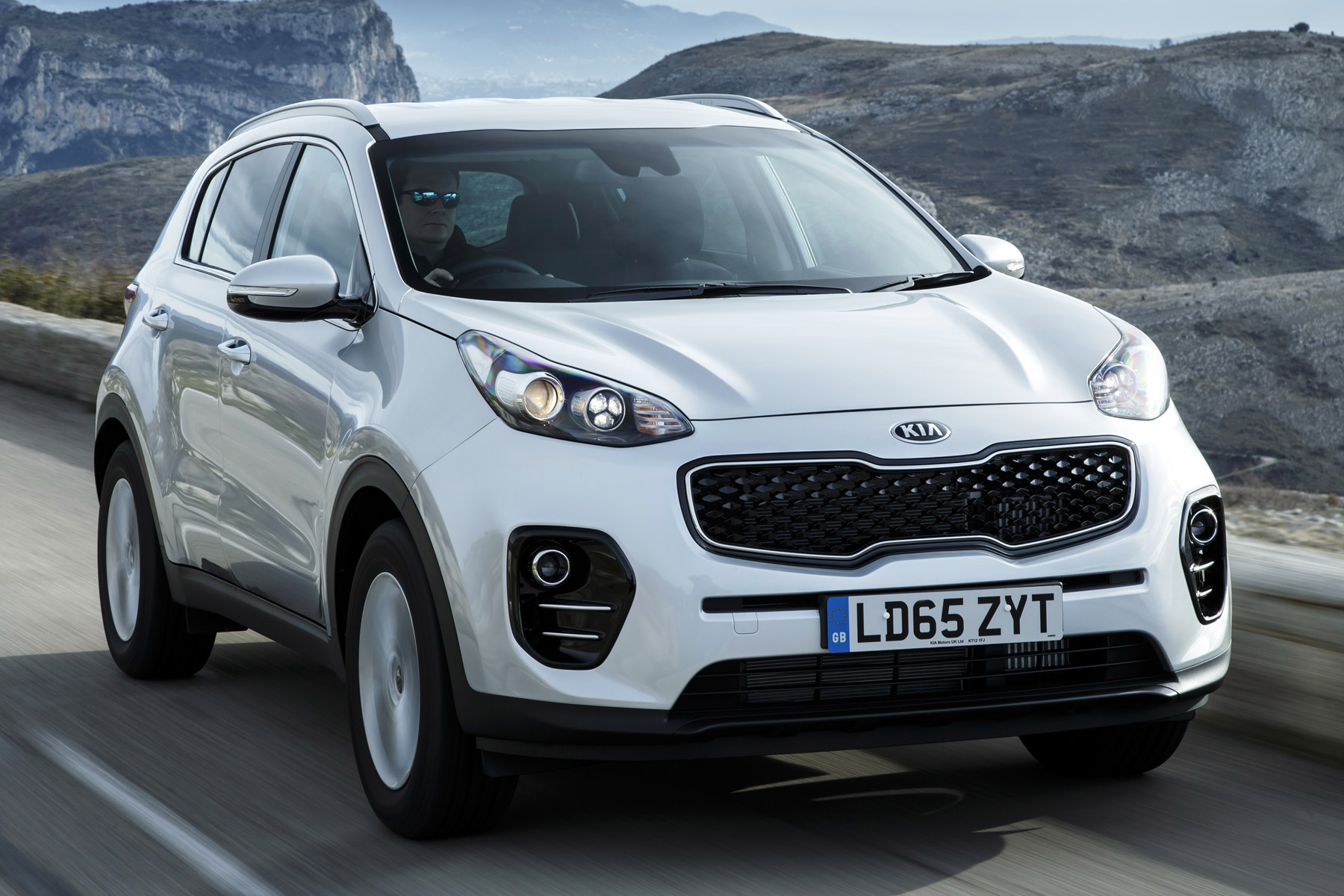 Chris Evans described the new Kia Sportage as ‘very blah, blah, blah indeed’, giving it three stars in the process. His justification? It’s a bit dull compared to the new Audi R8 and pair of Rollers he’d been driving the same week for the new series of Top Gear.

Keeping our feet on the ground, we praised it for building on the strengths of its predecessor, and offering impressive value for money. Our biggest criticism? It’s a bit ugly in our eyes… 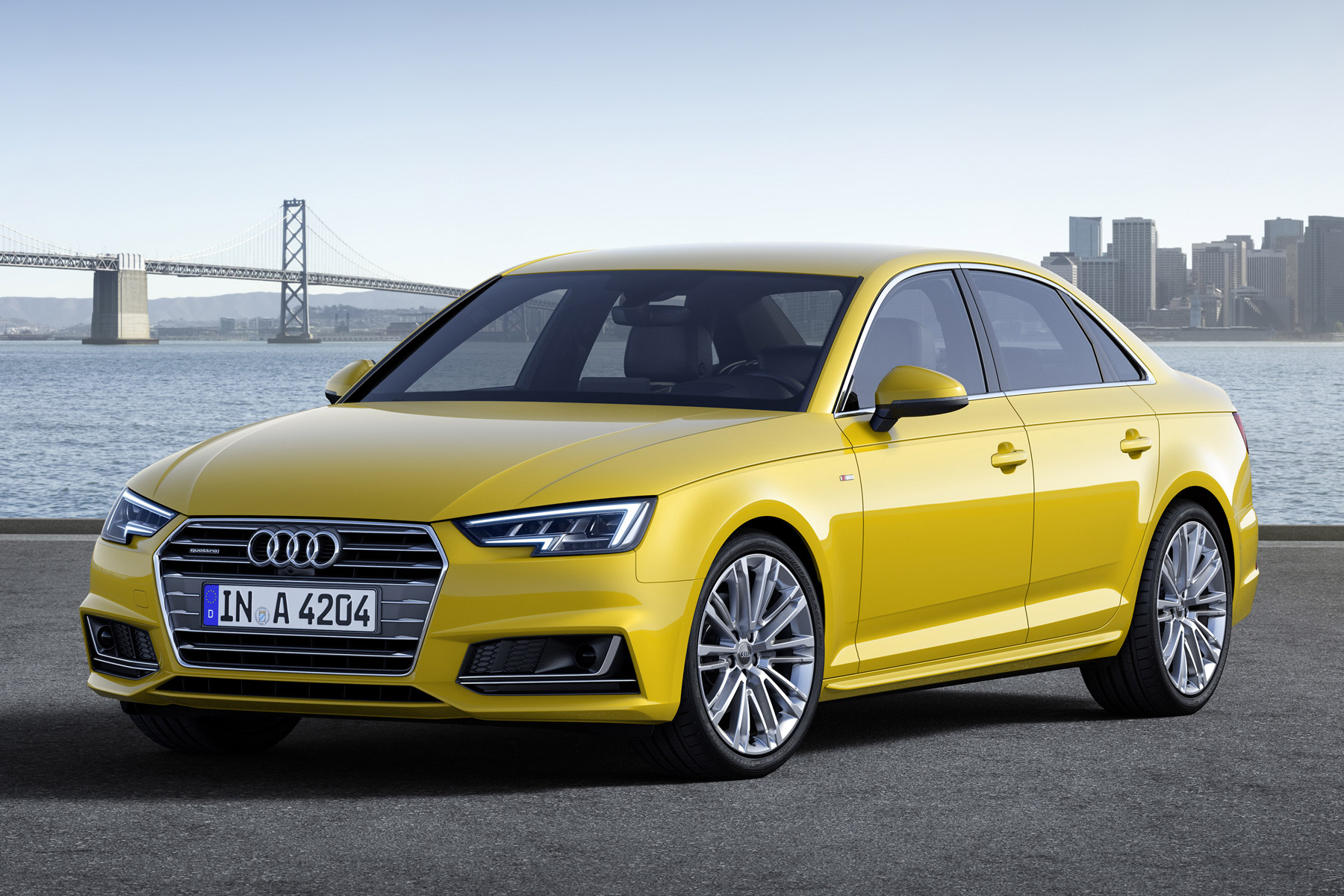 The new Audi A4 is brilliant. Arguably, class-leading, ahead of the not-quite-there Jaguar XE and ageing BMW 3 Series. Sure, it doesn’t look a great deal different to the old model, but it’s in a different league to drive. The interior, too, is simply the best.

Evans describes it as ‘mediocre’. We have no idea how the new A4 can be described as mediocre. He partly blamed the bright red colour which made him ‘feel like Postman Pat’. There are other colours available, Evans.

He also criticised £8,500 worth of options fitted to the car. We’ll let you into a secret: press cars are always stacked with options. Sure, VW Group cars tend not to be as well equipped as you’d perhaps hope, but the A4 doesn’t have £8,500 worth of options just to bring it up to a competitive spec – it’s more so Audi can show off all its features. No real life buyer will opt for all those extras. 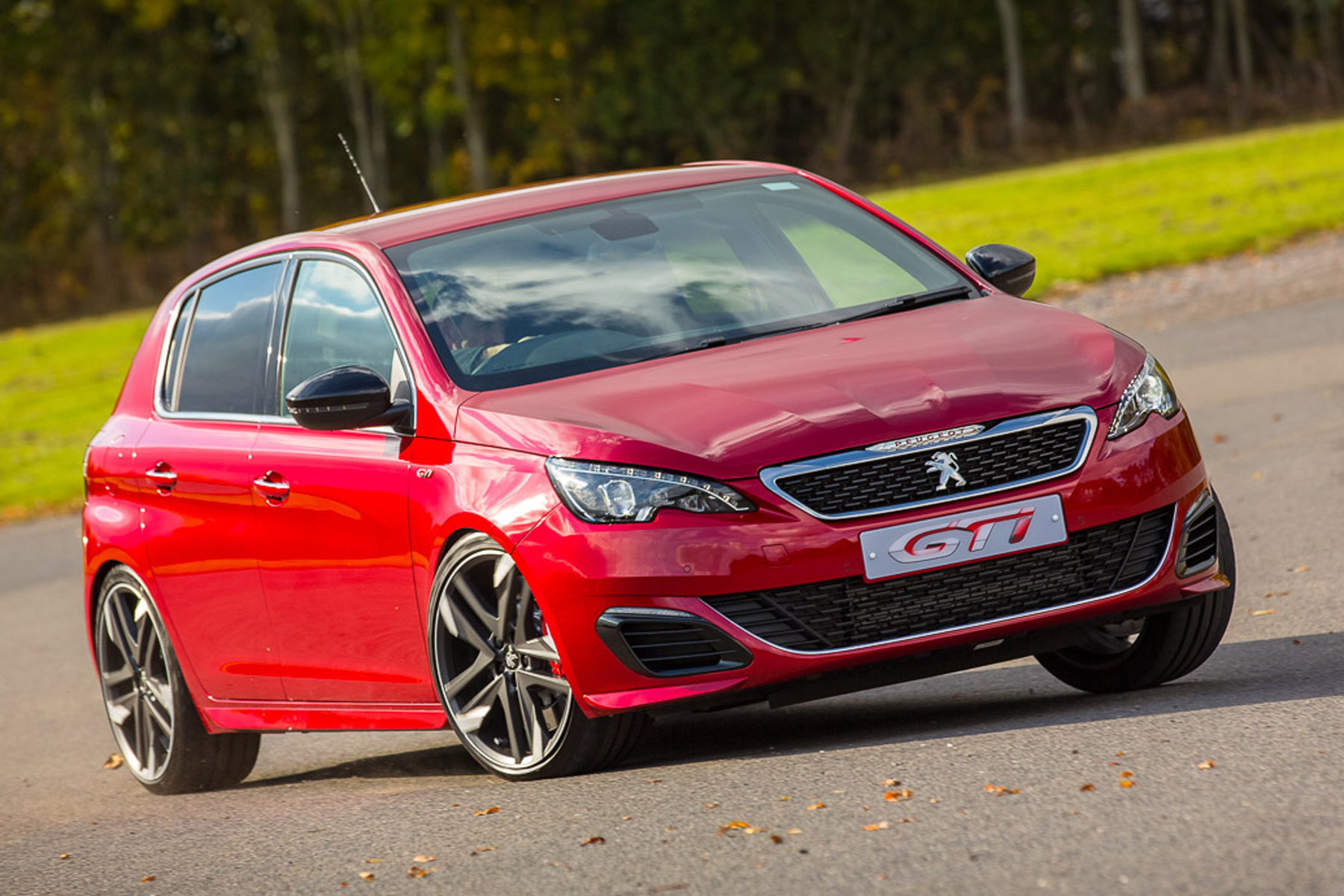 “With such an inferior interior,” asks the headline, “does this Peugeot 308 really deserve its hot hatch label?”

Erm. Fair point. An upmarket interior is exactly what made the 205 GTi great. It’s what set the sporty iconic hot hatch aside from the regular cooking spec model. Oh, wait, not that…

Evans tears into the 308 GTi. He finds it hard to get in and out of the bucket seat, while he complains that the aluminium gear knob “takes at least four junctions on the M25/M4 to even think about getting any warmer.”

Sure, the 308 GTi isn’t the best hot hatch on the market… but we feel Evans might be missing the point slightly. We agree on a star rating, but for different reasons… 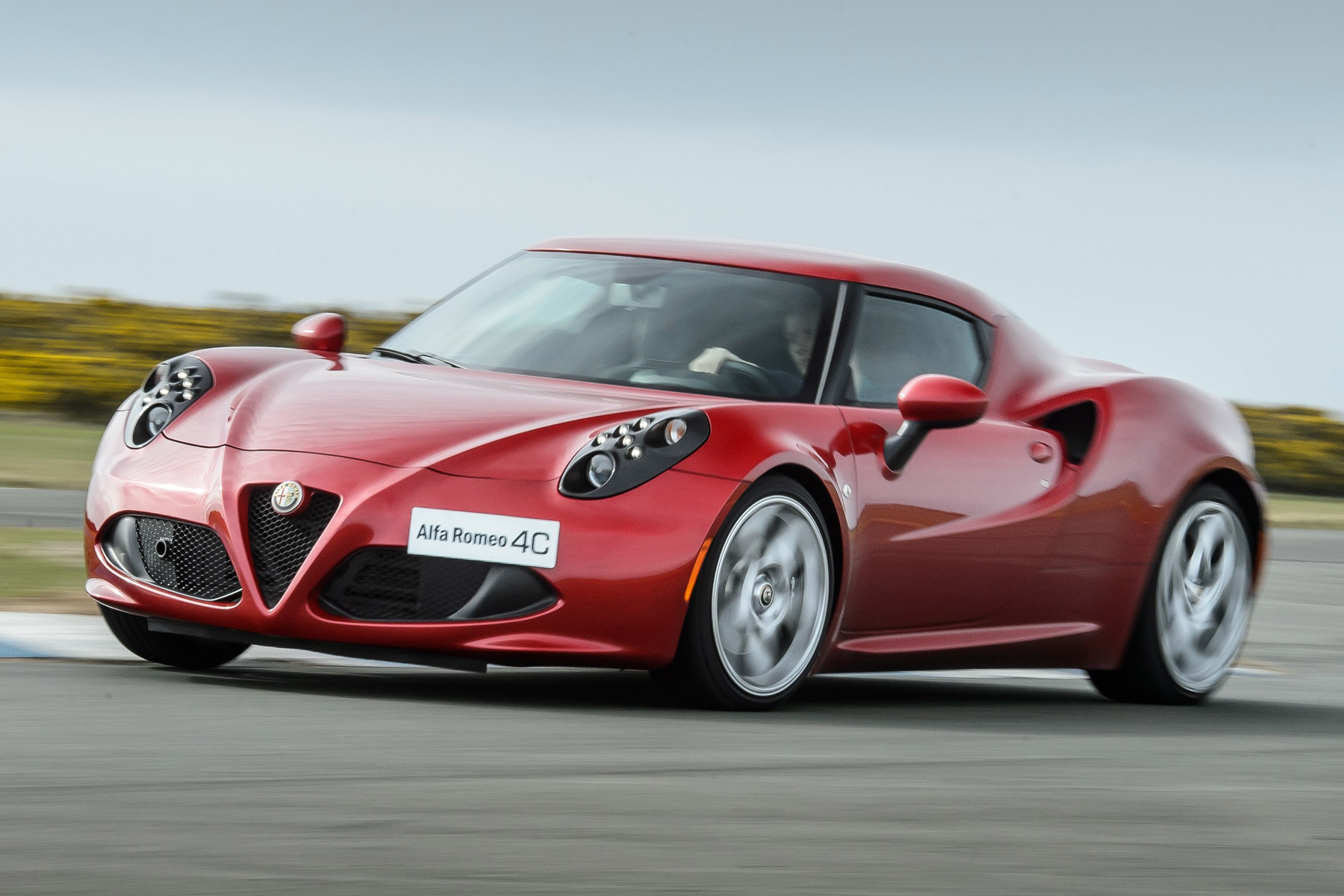 Evans admits it’s flawed – but “no pain, no gain,” he says. He describes it as “the runt lovechild of the Ferrari F40 and the Nissan GTR,” and reports that the five-star Alfa 4C is “out of this world.” 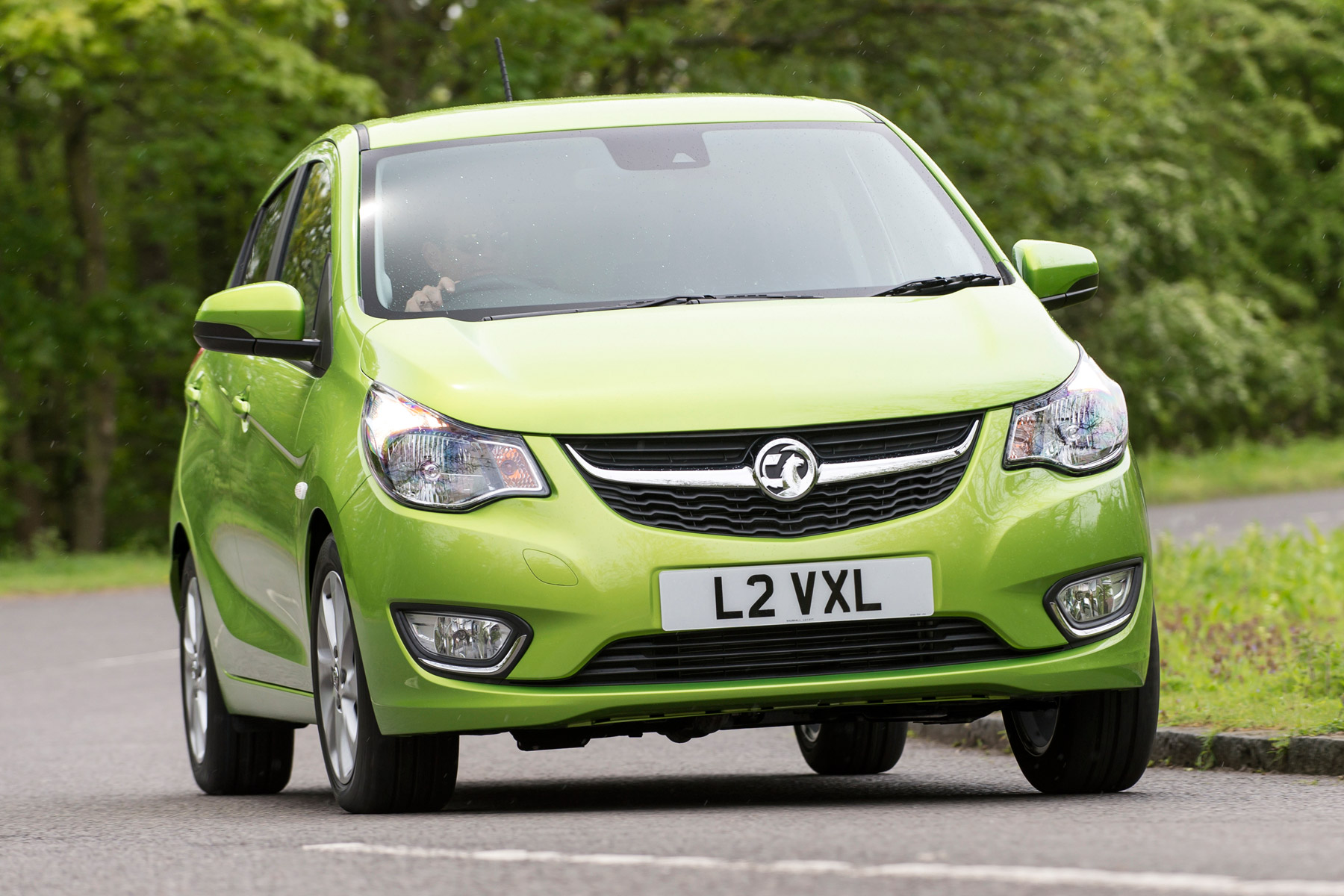 “There is joy in almost everything we do,” Evans explains at the start of his Vauxhall Viva review. “It’s just up to us whether or not we choose to see it.”

He later concludes that the cut-price Vauxhall is ‘joyless’. And that’s where we’d disagree with him.

Sure, it’s not the best city car out there. But we went to Luton for the glamorous launch of the new Viva and, actually, we didn’t have a ‘joyless’ experience at all. In fact, we found it to be a very likeable car. The 1.0-litre engine needs to be wound up, but there’s a thrill in that – while momentum is maintained by eking every last bit of grip out of its skinny eco tyres. That’s fun, too.

His other criticism is the price. The Viva starts at £7,995. That’s not as cheap as rivals such as the Suzuki Celerio, but if Evans had ever stepped foot inside a Vauxhall dealer, he’d realise no one ever pays full price for one. 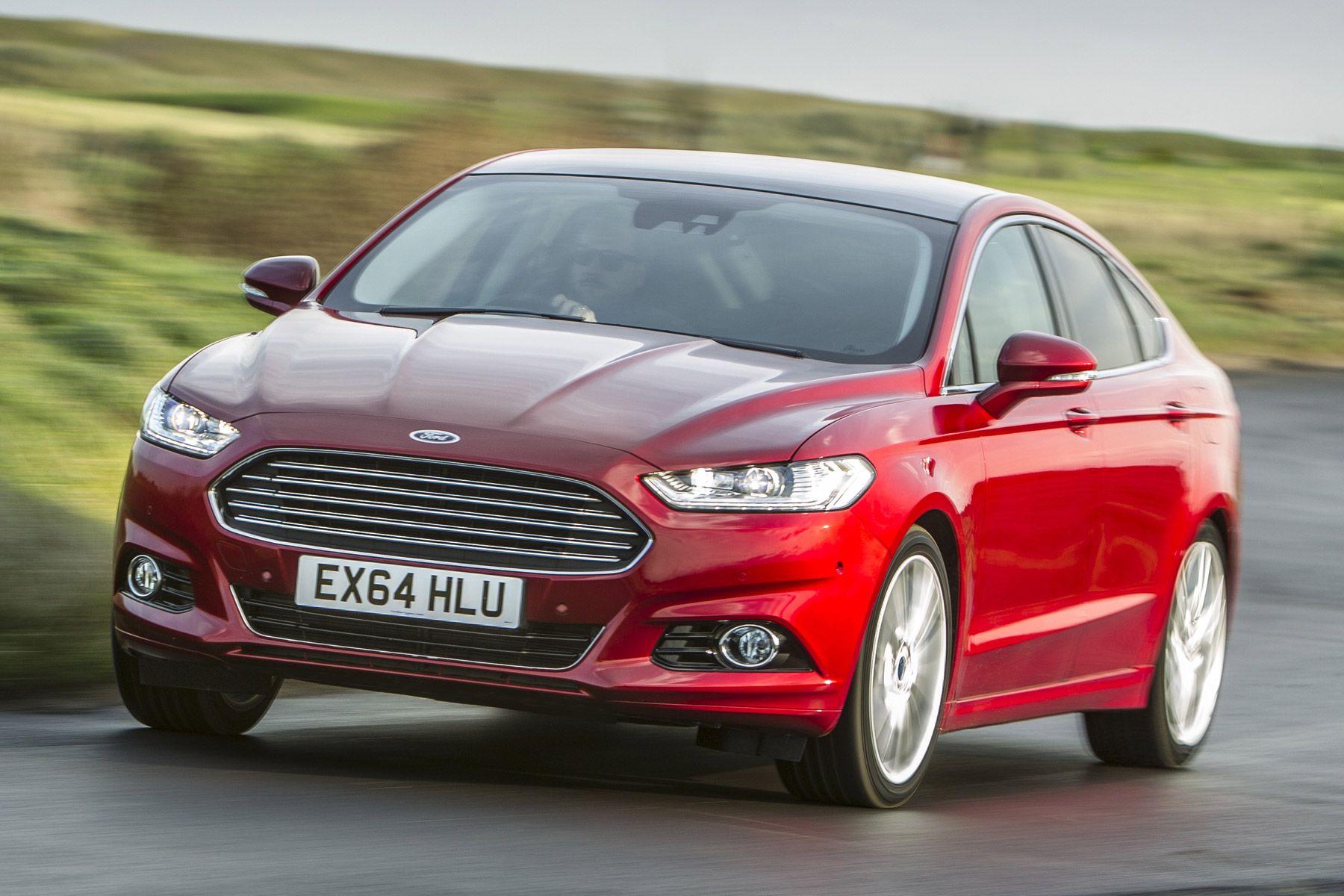 Chris Evans loves the latest Ford Mondeo. “Forget your Mercs, Audis and Jags,” shouts the headline, “I really am a Mondeo man.”

Even ignoring the ludicrous claims that the Ford Mondeo can do everything the BMW M4 can, we just don’t think it’s all that. Sure, it’s fairly competitive (or, at least, it would have been if it had been launched several years ago when it was in the US), but there are better alternatives in the segment. The same money will get you a Skoda Superb (which genuinely is superb), while the Volkswagen Passat is a more attractive package.

Four stars? Possibly. The five stars Evans has given it? Pushing it, we’d say. 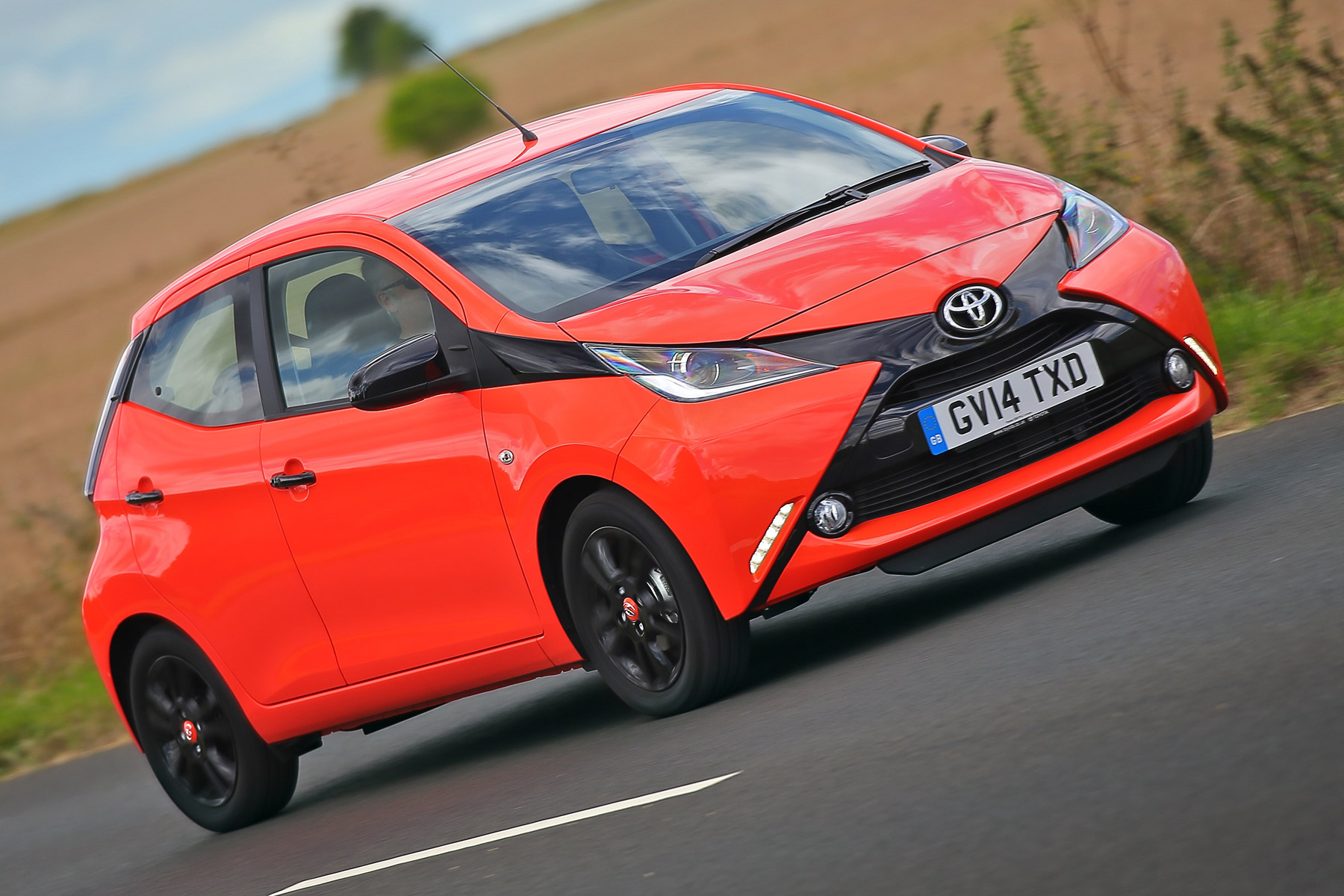 The Toyota Aygo is a quirky city car, offering loads of customisation options (it’s what city car buyers want, marketeers keep telling us), a five-year warranty and low running costs for not a lot of money. We rate it. Chris Evans doesn’t.

“Other people actually like the Aygo,” he cries. “I know, I’ve read their reviews. Some of them even give it four stars out of five. For the life of me I just can’t see how or why.”

That’s because it’s a very good city car, Chris, and you’re not used to driving city cars. He complains about its poor rear legroom (it’s a city car…), its lack of torque (it’s a city car), and how bad it is at dual-carriageway cruising (you get the message).

Interestingly, the Peugeot 108, which shares a platform with the Toyota Aygo, gets four stars from Evans… 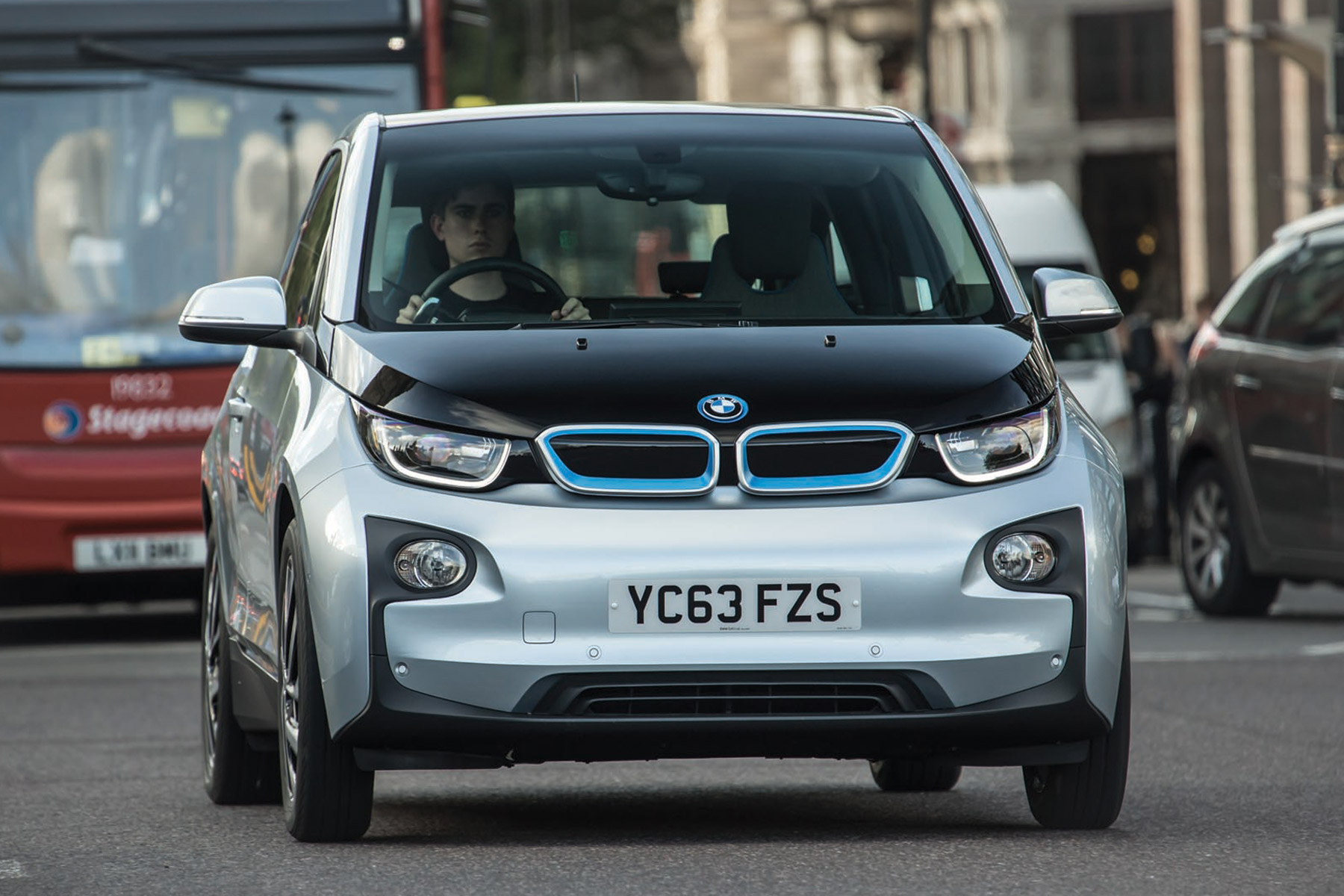 Chris Evans is one of the few people who isn’t a fan of the BMW i3. The model he tested in 2014 was the range extender version, which uses a tiny two-cylinder petrol motor to charge the battery if it drops too low. Despite the small fuel tank, between the electric motor and petrol generator, the i3 range extender should be good for a range of 186 miles. But that’s not enough for Evans.

“I found myself in a permanent state of anxiety wondering what was going to happen next,” he said.

As well as being plagued by range anxiety, Evans also had an issue with his test car’s £40,000 price tag. “Do yourself a favour,” he concluded. “Forget about saving the planet – which you really can’t do – and save your money instead.”

We’d have to disagree there, Chris… 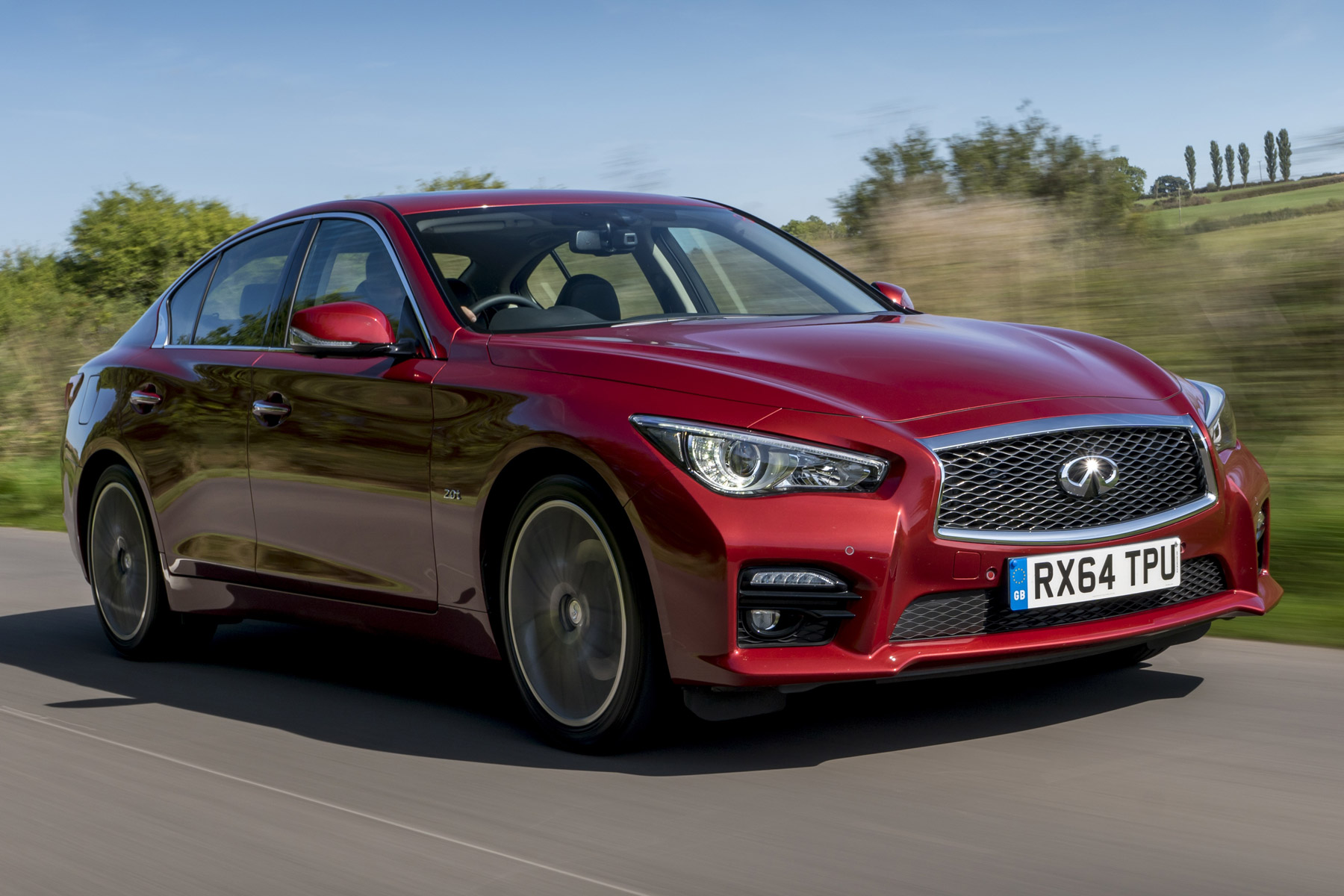 Ah, the Infiniti Q50. An upmarket Nissan alternative to the BMW 3 Series. Packed with tech, it promised so much. But its bland image, drab interior and that horrible fly-by-wire steering meant it just hasn’t taken off like the brand hoped.

That’s despite a four-star review from Chris Evans back in March 2014. “She is both fabulous and fabulously expensive,” he writes, “but if you can get over the price tag there’s very little not to like.”