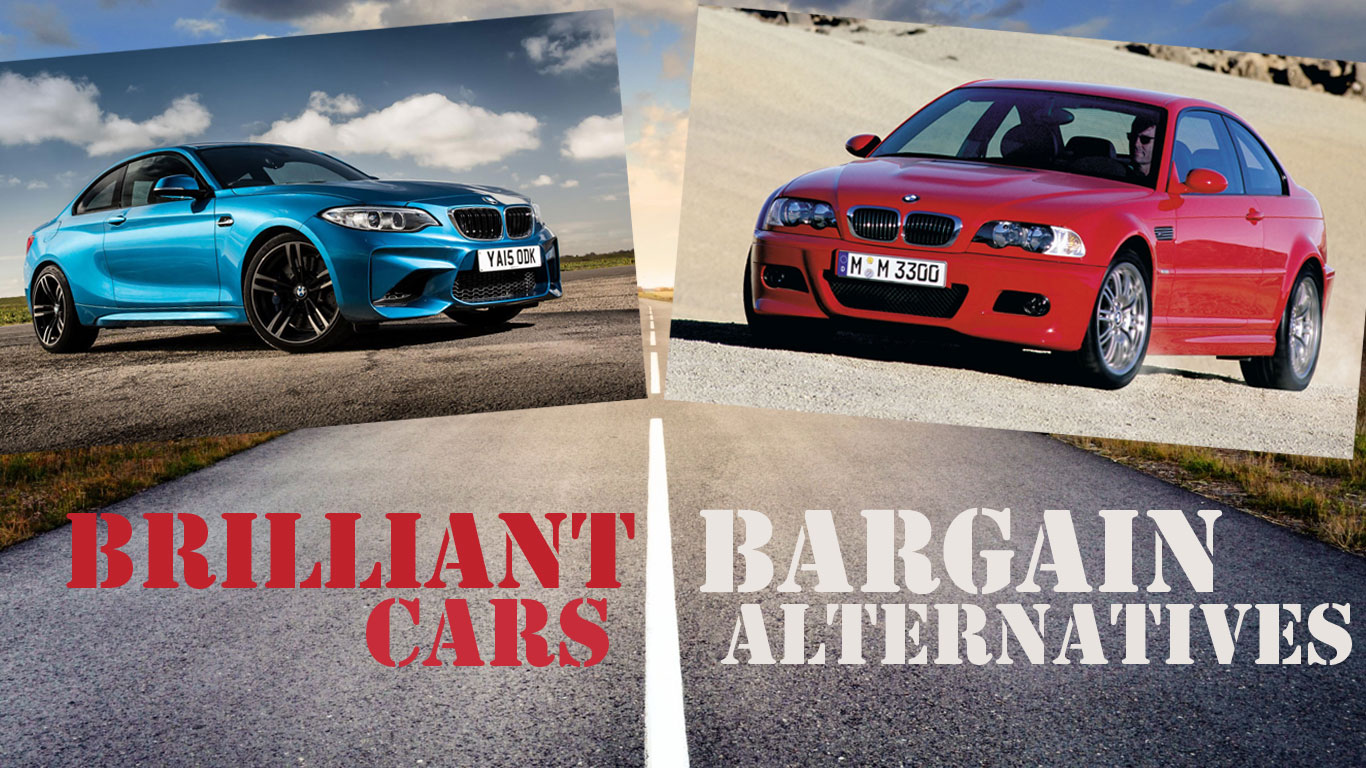 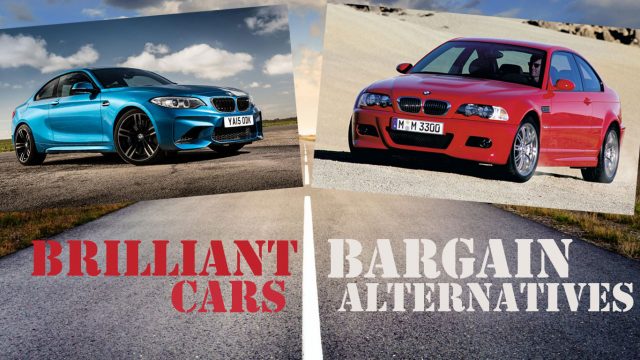 In the ideal world, we’d all drive brilliant cars – but that’s not always possible. Perhaps a car is financially out of reach or maybe so few were made, you’ve got little chance of actually owning one. With this in mind, we’ve assembled a list of brilliant cars and then presented a cheaper alternative. You can thank us later. 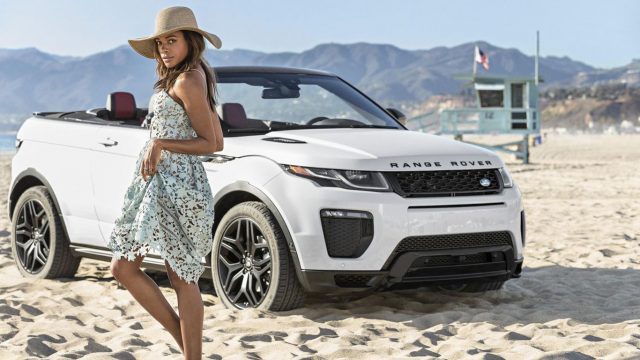 In the case of the Range Rover Evoque, less is definitely more. Removing the roof to create the Evoque Convertible has transformed one of the most fashionable cars on the planet into something so hot you can barely touch it. You may not like the idea of a topless SUV, but there are thousands of willing punters ready to part with upwards of £47,500. 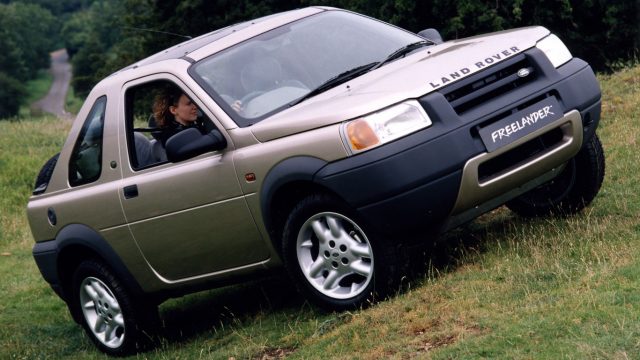 But do you want to spend circa £50,000 on something that resembles Barbie’s chariot, when you can drop a few hundred notes on a Land Rover Freelander SoftBack? Sure, it won’t turn heads quite like the Evoque and it’s only your rear seat passengers who will enjoy the effect of wind-in-the-hair motoring, but it’s cheap. 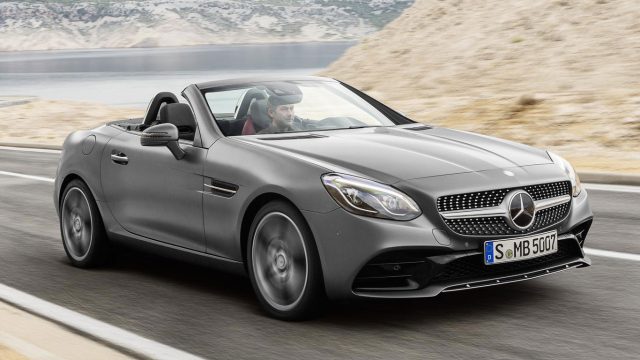 Don’t be fooled by the name, because the Mercedes-Benz SLC is little more than a facelift of the old SLK. Time has moved on and the Merc roadster no longer feels like the freshest option in the segment, but that’s not to say it doesn’t hold appeal. The simple act of lowering or raising the roof is pure theatre and can even be completed at speeds of up to 25 mph, providing the sequence is initiated below 3 mph. 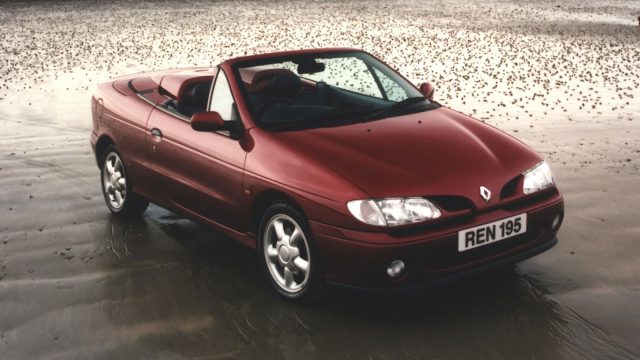 But if you’re after theatre, the original Renault Megane Cabriolet has it in abundance. Prices start below £500, which is a small price to pay for a roof sequence that could rival a breakdancing Optimus Prime. You’ve just got to ensure the roof still works, otherwise you’re simply splashing out on less practical and probably leaky Renault Megane Coupe. 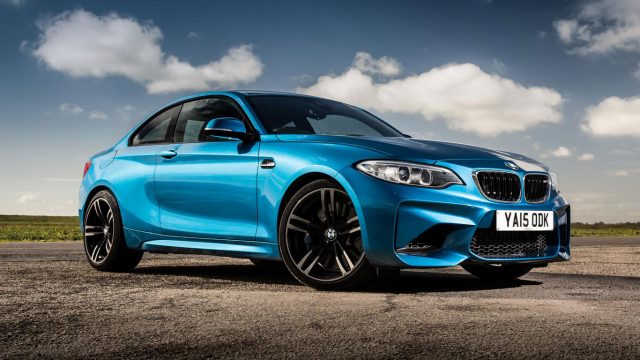 Peer through the tyresmoke and you’ll have seen Chris Harris enjoying himself behind the wheel of a BMW M2 whilst filming for Top Gear. It might look like a pumped up M235i — not that this is a bad thing — but it borrows much of its hardware from the M3 and M4. £44,080 might seem like a lot, but spending £13,000 more on an M4 coupe won’t necessarily result in more smiles. 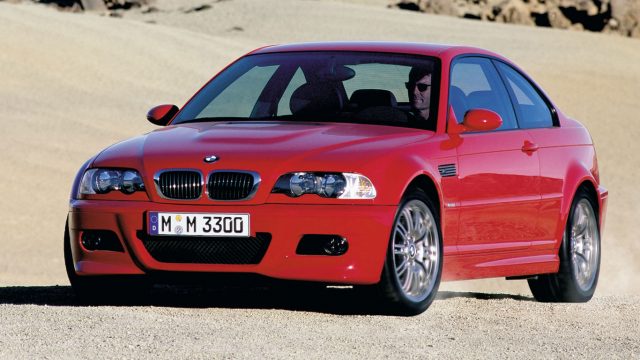 We think the M2 is the best BMW M-car since the E46 M3. Introduced in 2000, the E46 is recognised as one of the greatest M-cars of all time, boasting a glorious 3.2-litre straight-six engine and one of the finest chassis of the new millennium. The M2 might be a future classic, but the E46 M3 is a cast-iron modern classic. 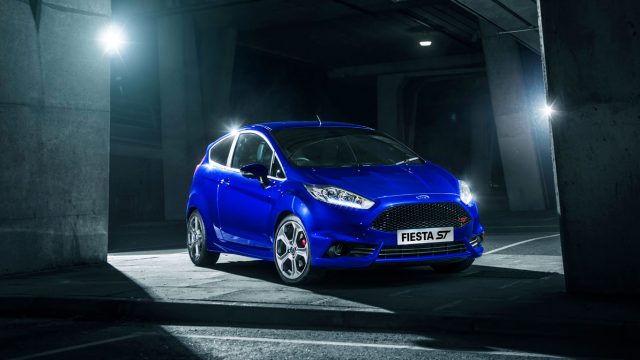 Regular readers will know that we, along with the rest of the motoring media, adore the new Ford Fiesta ST. It’s brilliant, so it slots neatly under our title, but it’s also a bargain, so, er… we may need some help here. At £17,395, it’s hard to find a more enjoyable car for so little money… 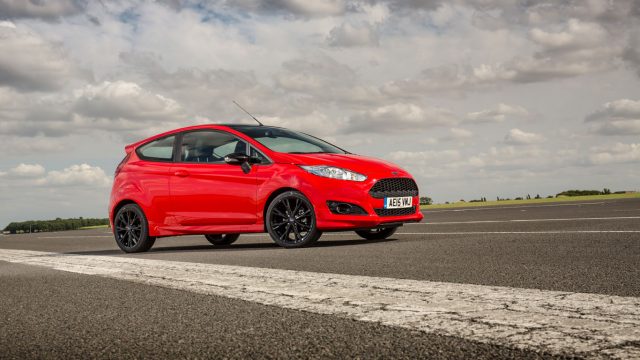 To be honest, when we look at the prices of other Fiestas in the range, it only serves to cement our feeling that the ST is one of the bargains of 2016. But don’t rule out used examples of the current Fiesta, which are the sweetest handling superminis you can buy. And the 1.0-litre EcoBoost 125 engine is both punchy and economical. 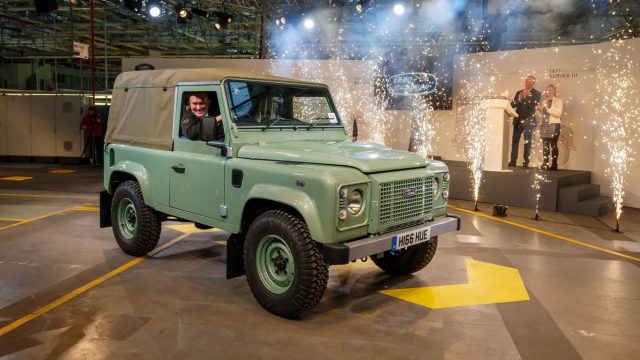 The final Land Rover Defender as we know and love it may have rolled off the production line, but don’t run away with the idea that it’s the last of the old-school 4x4s… 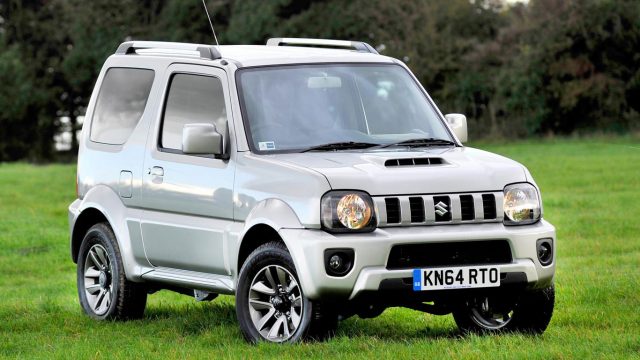 On the contrary, the Suzuki Jimny is able to punch well above its weight when it comes to venturing off-road, and you can still buy one new. It may not be great on the road, but it’s terrific fun off it. 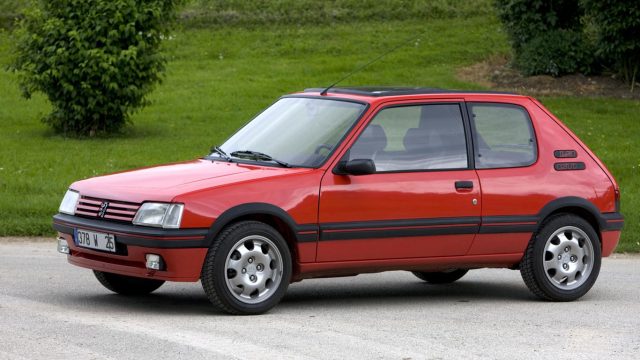 The Peugeot 205 GTI was recently voted the greatest hot hatch of all time and prices appear to be on the up. 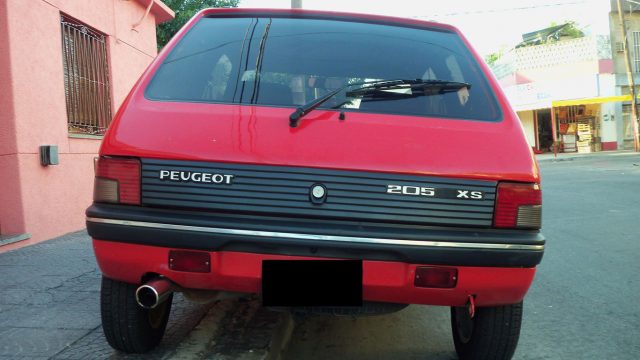 So you might be better off opting for the 205 XS instead. Think of it as the 205 GTI’s little brother – just as willing on a B-road and very eager to impress. The later cars shared the same 1.4-litre engine found in the Citroen AX GT. 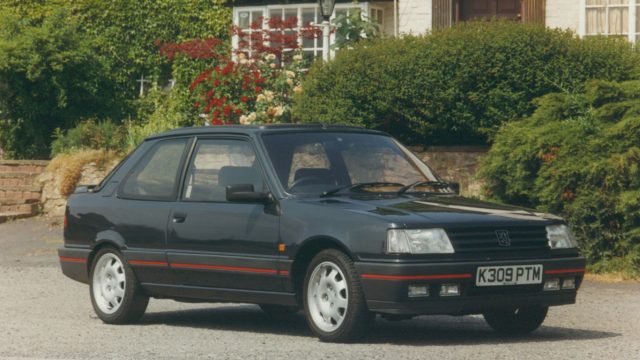 Not convinced by the 205 XS? There is an alternative. Don’t be fooled by its relatively frumpy appearance, because the 309 GTI is every bit as good as the 205 GTI, if not better. Best of luck finding a good one. 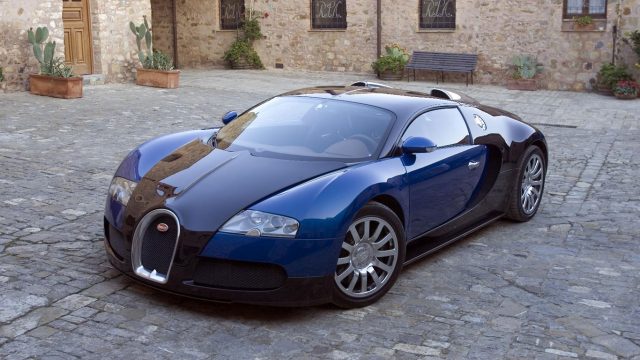 Let’s face it, only the privileged few can afford to buy and run a Bugatti Veyron. But what if we told you it was possible to get your hands on half a Bugatti Veyron? Better still, you only need to fork out around £2,500. 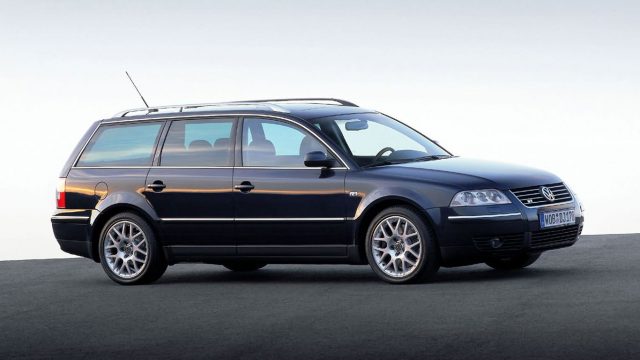 Wonderful, isn’t it? The Passat W8 features a 4.0-litre W8 engine, precisely half the 8.0-litre W16 engine you’ll find in the record-breaking Veyron. Go for the wagon version and you can even take the dog. 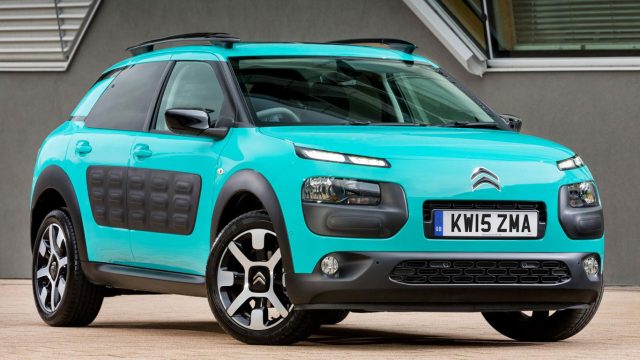 It may have been on sale 18 months, but the Citroen C4 Cactus still manages to turn heads. We suspect you’ll either love or hate the Airbumps, but they certainly help to make the Cactus stand out amongst the crowd of crossovers. Prices start from £12,990. 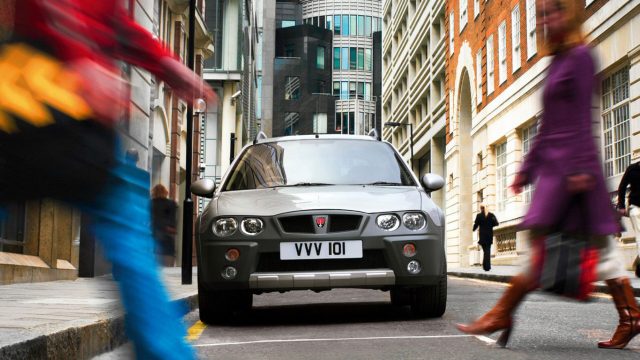 Alternatively, you could opt for the Rover Streetwise and save yourself around £12,000. Believe it or not, this was Rover’s attempt to appeal to a younger audience. Because kids love urban on-roaders. 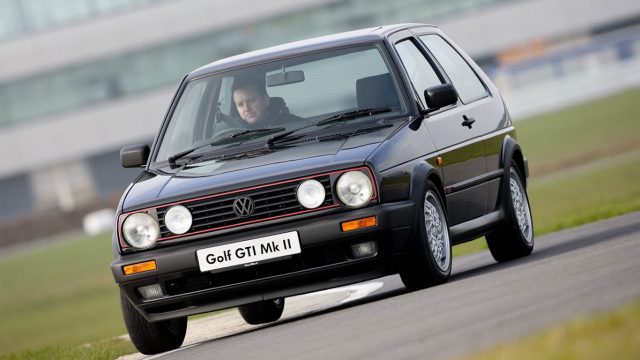 The Volkswagen Golf GTI, in either Mk1 or Mk2 guise, was one of the greatest hot hatches of the 1980s. But prices are high, so bargains are thin on the ground. 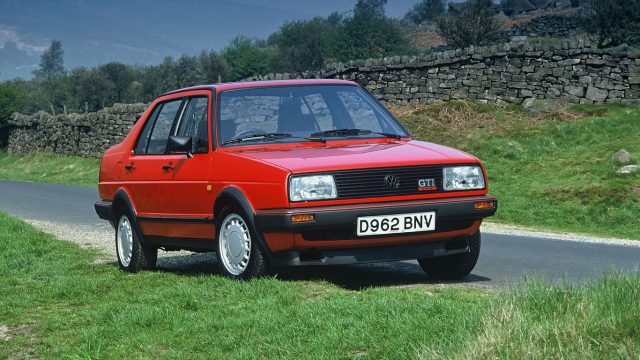 But there is another way. When it was new, the Jetta GTI 16v was actually cheaper than the equivalent five-door Golf GTI, so it has always been a bit of a bargain. Furthermore, it features a sizeable boot and classic, understated styling. Shame so many have been sacrificed or modified. 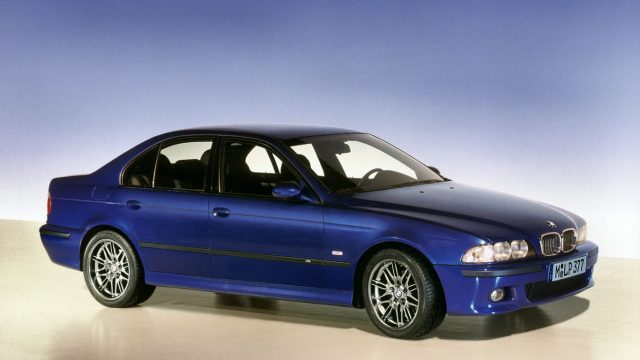 The E39 M5 is arguably the best BMW M5 ever made and up there with the very best four-door saloons of all time. The star of the show is undoubtedly the 400hp 5.0-litre V8 engine, which makes a noise reminiscent of Thor gargling on chilli-flavoured mouthwash. But we don’t want to give you the M5… 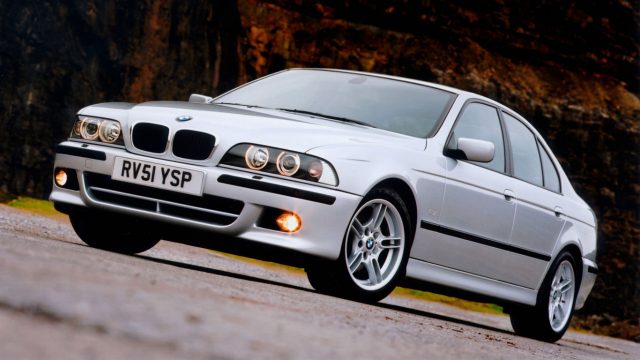 Instead, help yourself to the 286hp BMW 540i, complete with a glorious 4.4-litre V8. Oh sure, you don’t get the advantages of the full-fat M badge, but there’s also none of the disadvantages. Find one with a manual gearbox and you’ll be laughing all the way to the bank (on your favourite B-road).