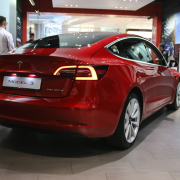 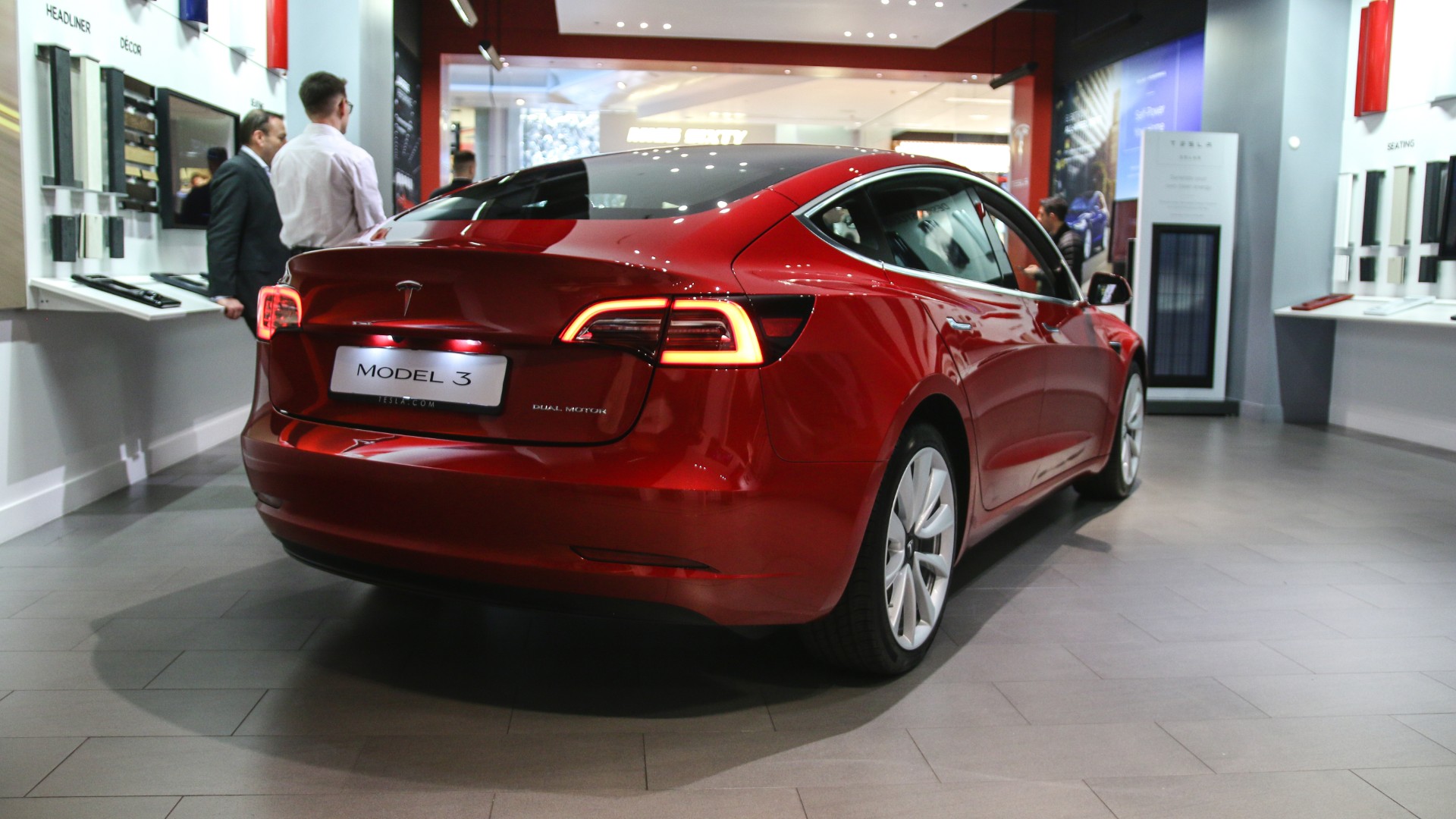 As the Tesla Model 3 finally enters the UK market, it’s already making waves. It’s taken the top spot as the most popular electric vehicle to lease.

This is according to Leasing.com, which says the Tesla generated more personal lease enquiries within seven days than premium rivals such as the Jaguar I-Pace and the new Audi e-tron do in a month.

There’s been a 30 percent rise in enquires about EVs in the first five months of 2019, thanks to interest in this new wave of desirable electric-only cars.

“This is a strong sign that lots of consumers are ready to make the jump to next-generation vehicles and leasing is offering them the ideal opportunity to test the waters,” said Paul Harrison, Head of Strategic Partnerships at Leasing.com.

The Model 3 doesn’t quite take top spot in the league table for vehicles that are at least partially electrified, though. It is beaten by the ‘self-charging hybrid’ Toyota RAV4 hybrid.

However, the Model 3 has featured on the top 10 list for the last year, being the seventh most enquired-about electrified vehicle. This, in spite of the Tesla’s small executive car only just going on sale in the UK in the last month. 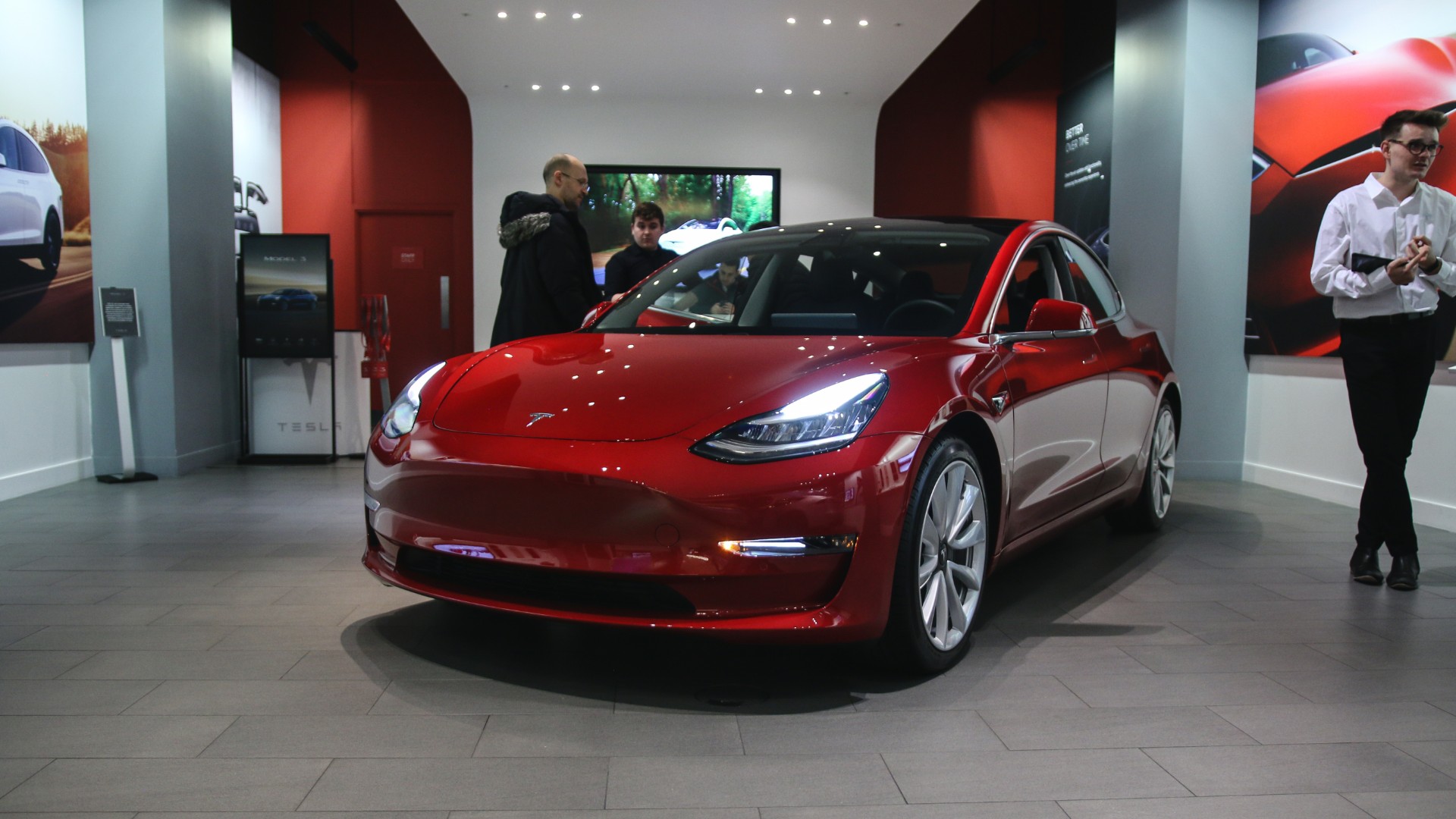 “The Model 3’s popularity is down to several factors, with cost being one of them,” said Harrison

“Monthly prices for the Model 3 start at around £400 per month, which is almost half the cost of Tesla’s larger models. It also undercuts comparable EVs such as the Audi E-tron and Jaguar I-Pace.

“Obviously the UK is one of the last countries to get the Model 3, and the long waiting period for right-hand drive models no doubt contributed to this huge early surge in interest too.

“It’s early days yet, but if the Model 3’s popularity continues at a comparable pace over the next few months, then Tesla could have delivered its first mass-market electric car.” 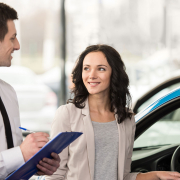 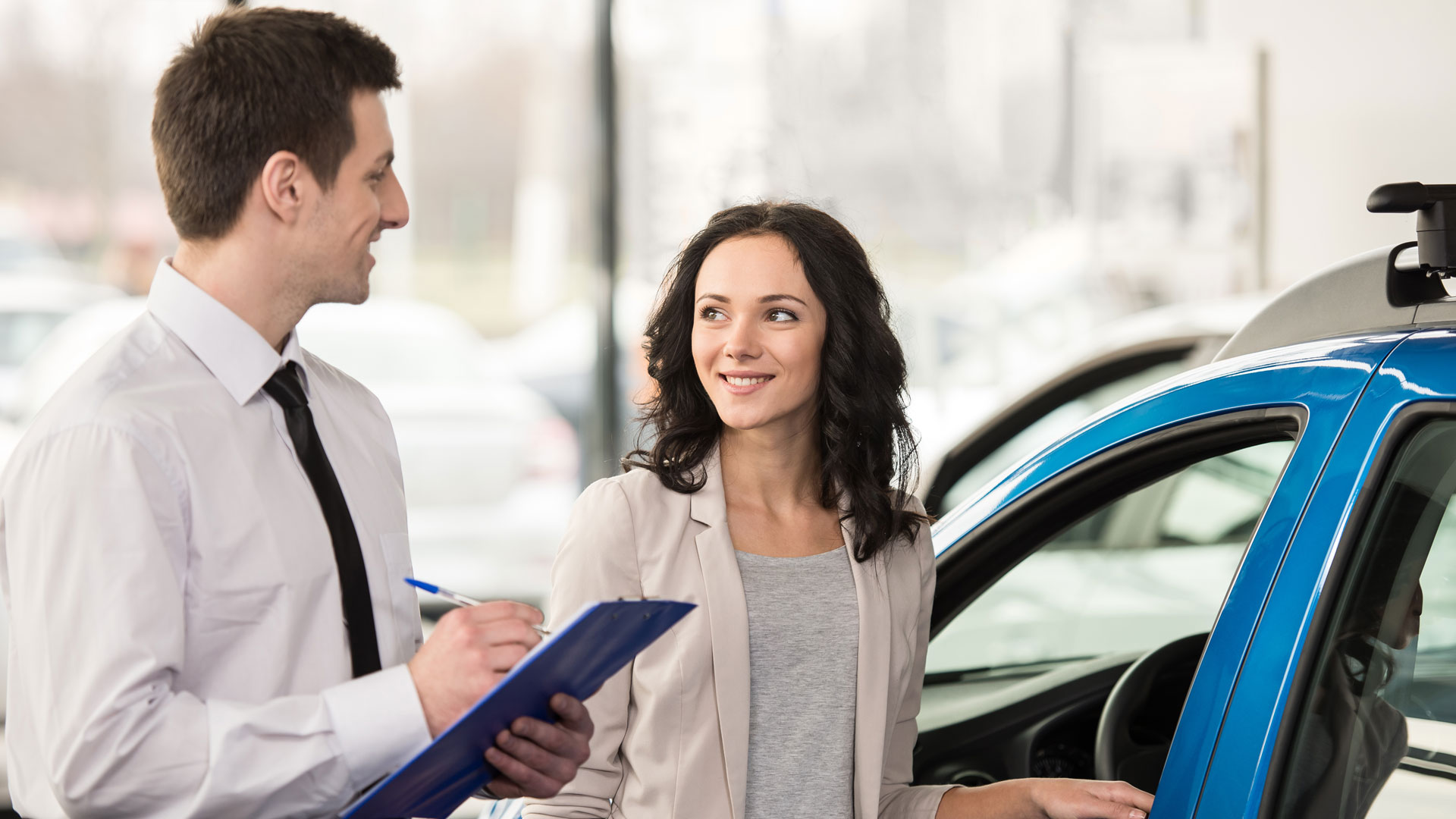 ContractHireAndLeasing.com has changed its name to Leasing.com, and the company is celebrating the rebrand with a new marketing campaign.

The “Say goodbye to buying” campaign rides on the back of a buoyant leasing industry, which is currently the fastest-growing form of new car finance for consumers, despite falling new car registrations.

“Traditionally leasing has been the reserve of businesses, not the general public. We want to change that. We’re launching with a bright new brand that will appeal to a wide audience.

“Leasing offers certainty in uncertain times. We want everyone to know that leasing a new car is a simple, affordable option for everybody to consider.

“We’re launching with new user-friendly sort options, including sort by price, total lease cost and our own Leasing.com value score. This will enable users to easily find the right deal for them, at the best price from the widest range of advertising partners – from brokers and dealers to the big automotive finance houses.”

All advertising partners will be required to hold at least one direct relationship with a funding partner, while all independent leasing brokers advertising on the site must be a member of the British Vehicle Rental and Leasing Association (BVRLA). 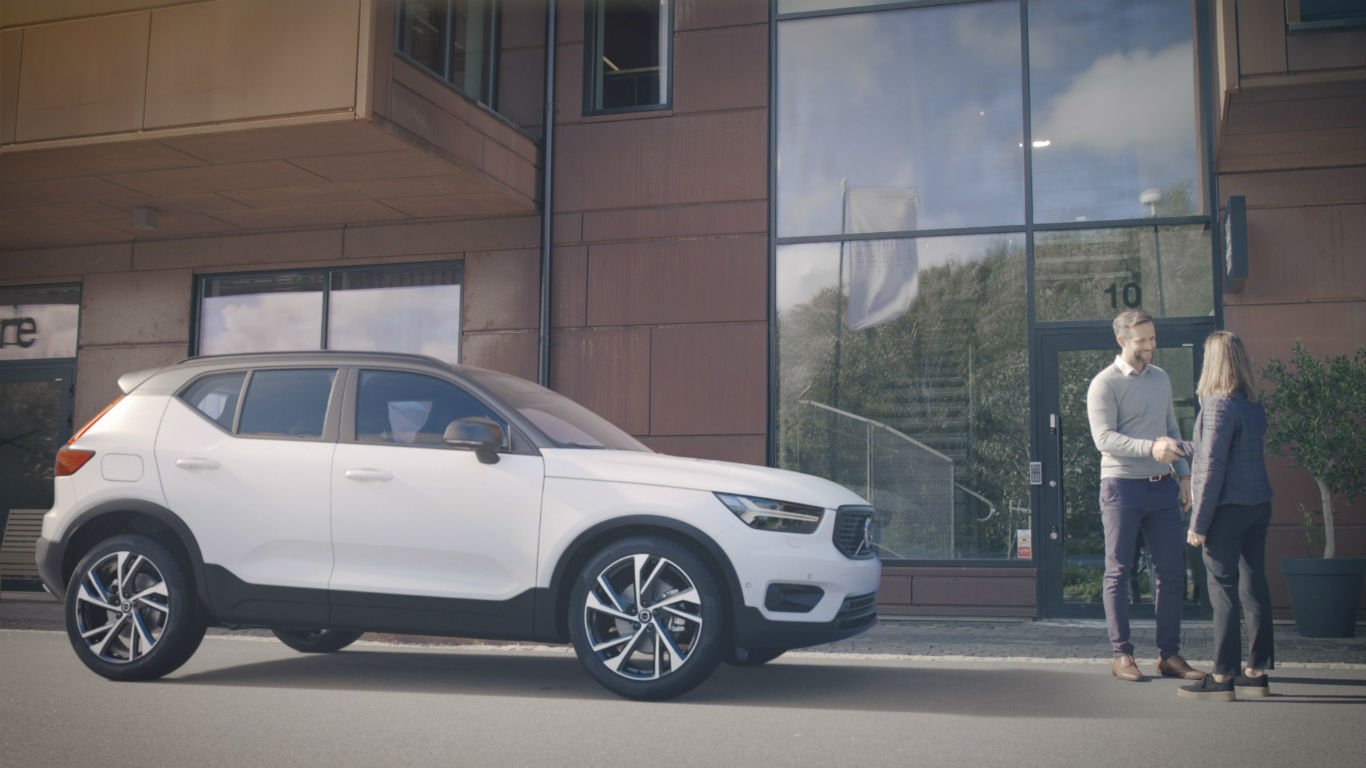 Order a new Volvo XC40 online through its Care by Volvo scheme, and you’ll be able to drive the new model for a fixed monthly price without any extra fees: including tax and insurance. It goes a step further, too. Volvo will offer a range of digital concierge services, such as fuelling and cleaning. Details haven’t been confirmed yet, but expect to be able to arrange for someone to come and clean your car or refuel it at a touch of a button, presumably through a mobile phone or tablet app.

You’ll even be able to share the car with friends of family by sending them a virtual key. There’s a catch, though. In the UK, Care by Volvo will only be available within the M25 to start with. And the digital key isn’t available in the UK at all. It’s early days, but previews what’s possible in the future as the service is rolled out further afield.

“Our aim with Care by Volvo is to provide our customers with a transparent, premium car user experience,” said Car by Volvo vice president, Thomas Andersson. “With a fixed monthly payment, Volvo Cars provides a truly customer-focused alternative to the traditional purchase or leasing. Time is a luxury for our customers, and with this service we are able to free up time in their daily lives. This is simply making life easier for our customers.”

The new Volvo XC40, which has been revealed today, will cost £27,905 for buyers who do want to buy it outright. Monthly Care by Volvo rates are yet to be announced.

The service will be offered across other cars in Volvo’s range in the near future, including the new digital concierge services. 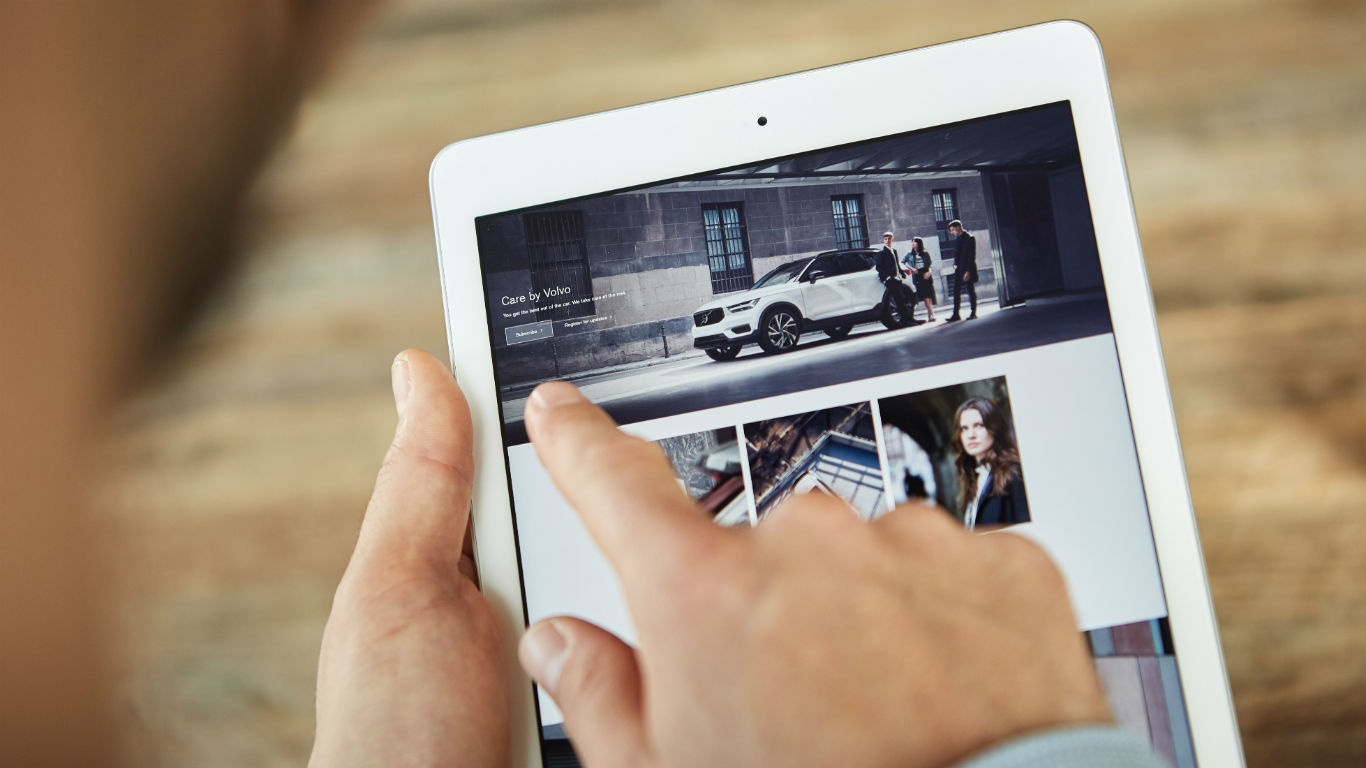