Would you buy this 1969 Chrysler Newport? We would

Like all good automotive folk, we are inveterate Craigslist car shoppers. Somewhere among the countless crummy compacts and myriad mirthless minivans lies the classic car find of a lifetime, listed by a little old lady from Pasadena who doesn’t know a Buick from a Boeing and prices her late husband’s prized purple Barracuda for $1,500. […] 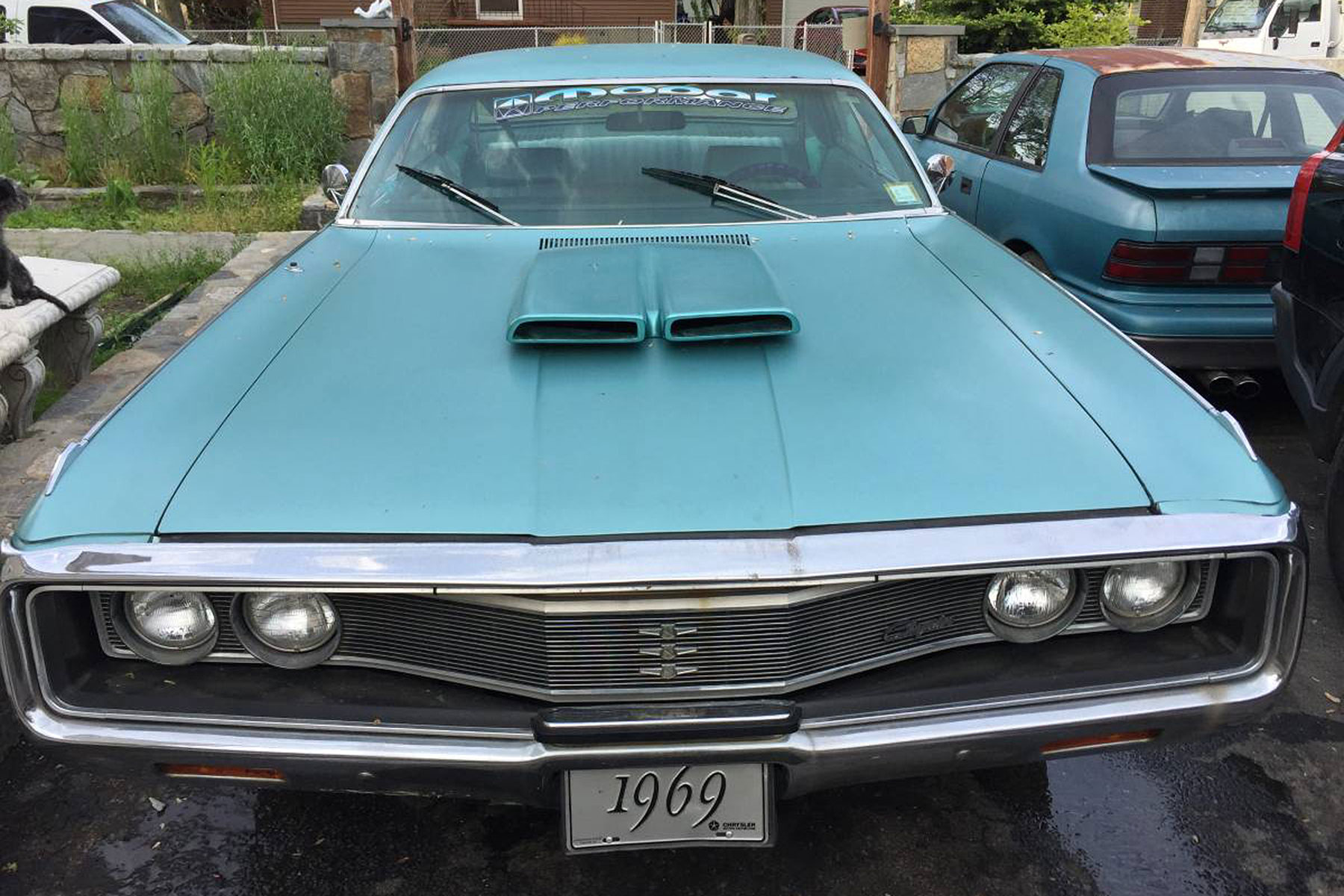 Like all good automotive folk, we are inveterate Craigslist car shoppers. Somewhere among the countless crummy compacts and myriad mirthless minivans lies the classic car find of a lifetime, listed by a little old lady from Pasadena who doesn’t know a Buick from a Boeing and prices her late husband’s prized purple Barracuda for $1,500.

Hey, it could happen.

Most often, however, we’re just cruising the listings and hoping to spot something cool, something like this 1969 Chrysler Newport with a high-performance engine and twin-snorkel hood. 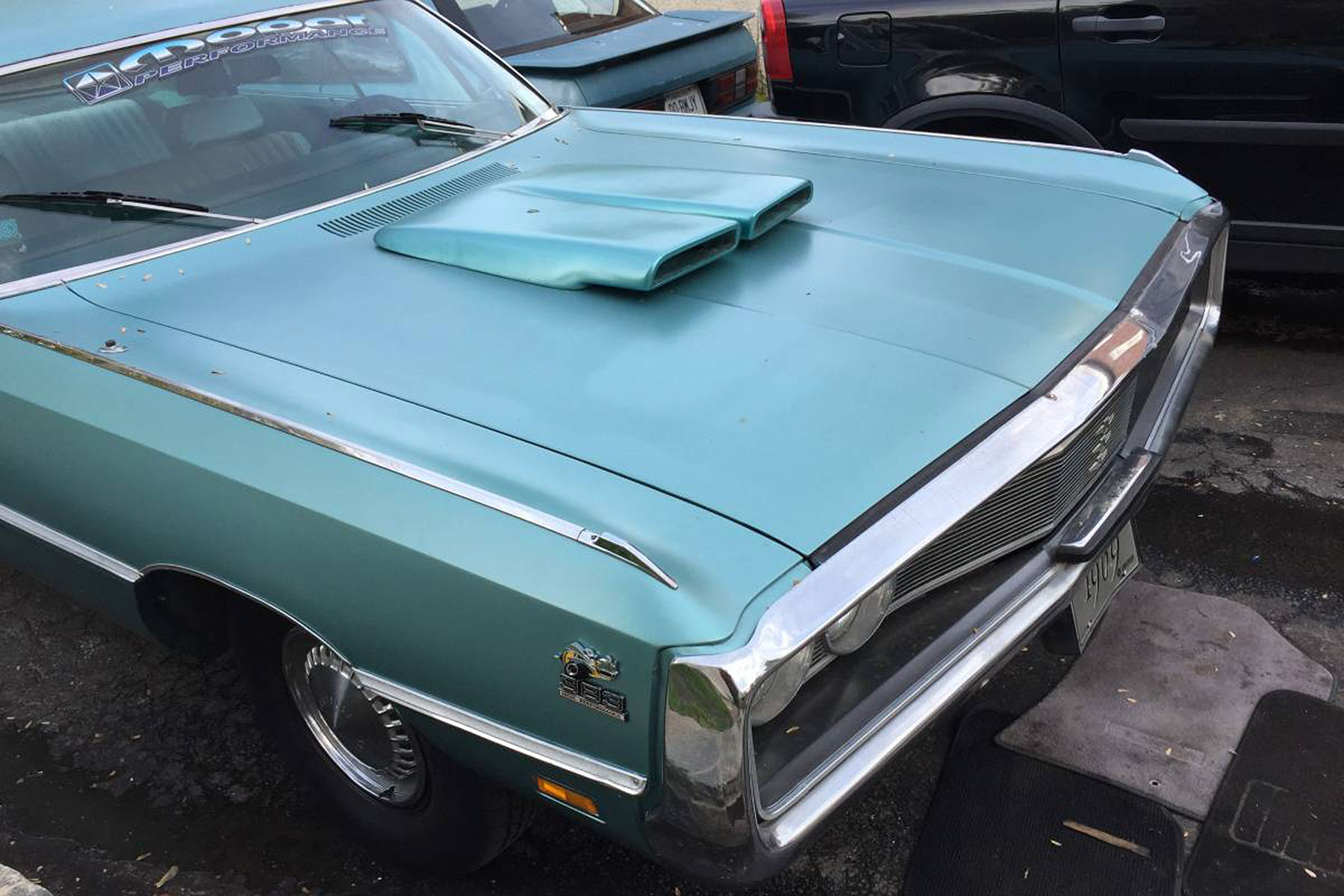 According to the listing, the sports a Holley 750 carburetor. If the “383 High Performance” sticker on the valve cover is to be believed, the old carb was a four-barrel as well, an option that boosted horsepower to 330 and torque to 425 lb-ft. While the Newport four-door is a big beast, acceleration was on the brisk side for the time, just over an estimated 8 seconds. 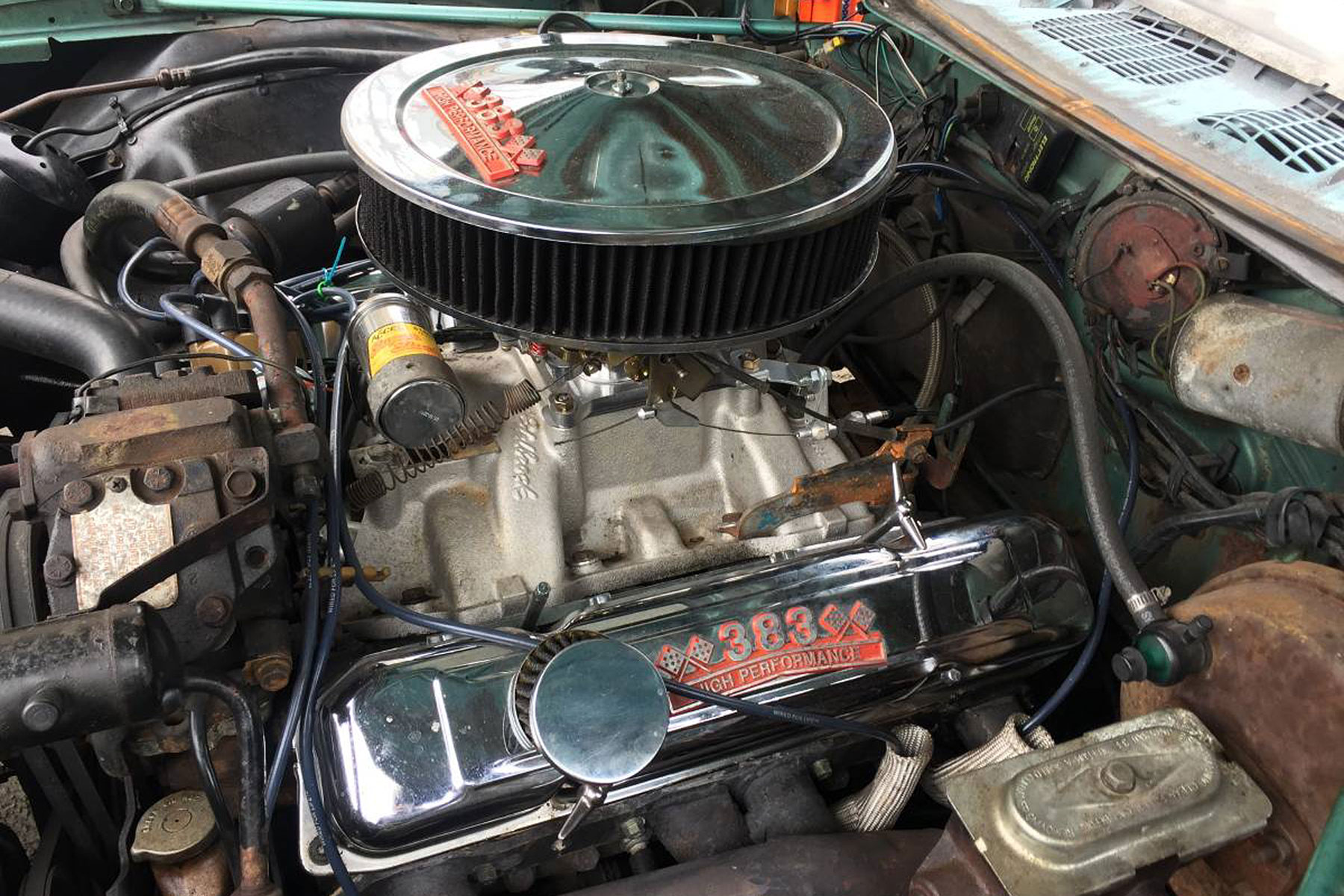 Modern go-fast parts have upped this Newport’s speed cred considerably. The owner claims “around” 400 horsepower and 600 lb-ft, thanks to a riser, free-flowing manifold, competition headers, an electronic ignition, the aforementioned carb, and other performance bits. There’s even a heavy-duty 2,500 stall torque converter, just in case. 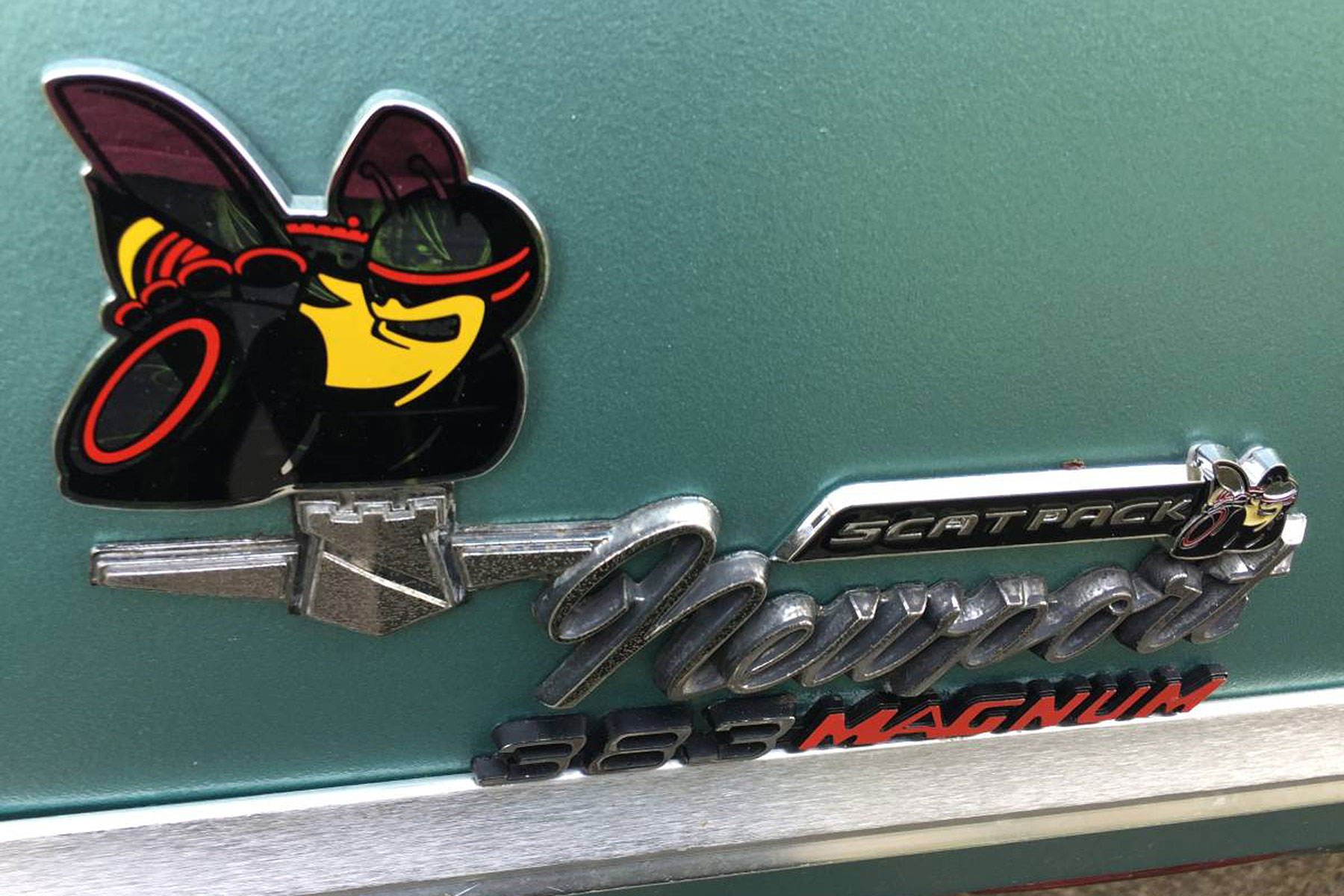 To make sure the hi-po point is driven home, the current owner has added a number of modern “383 Magnum” engine badges, Dodge Scat Pack emblems, and “Mopar Performance” ensigns to the acres of bodywork. 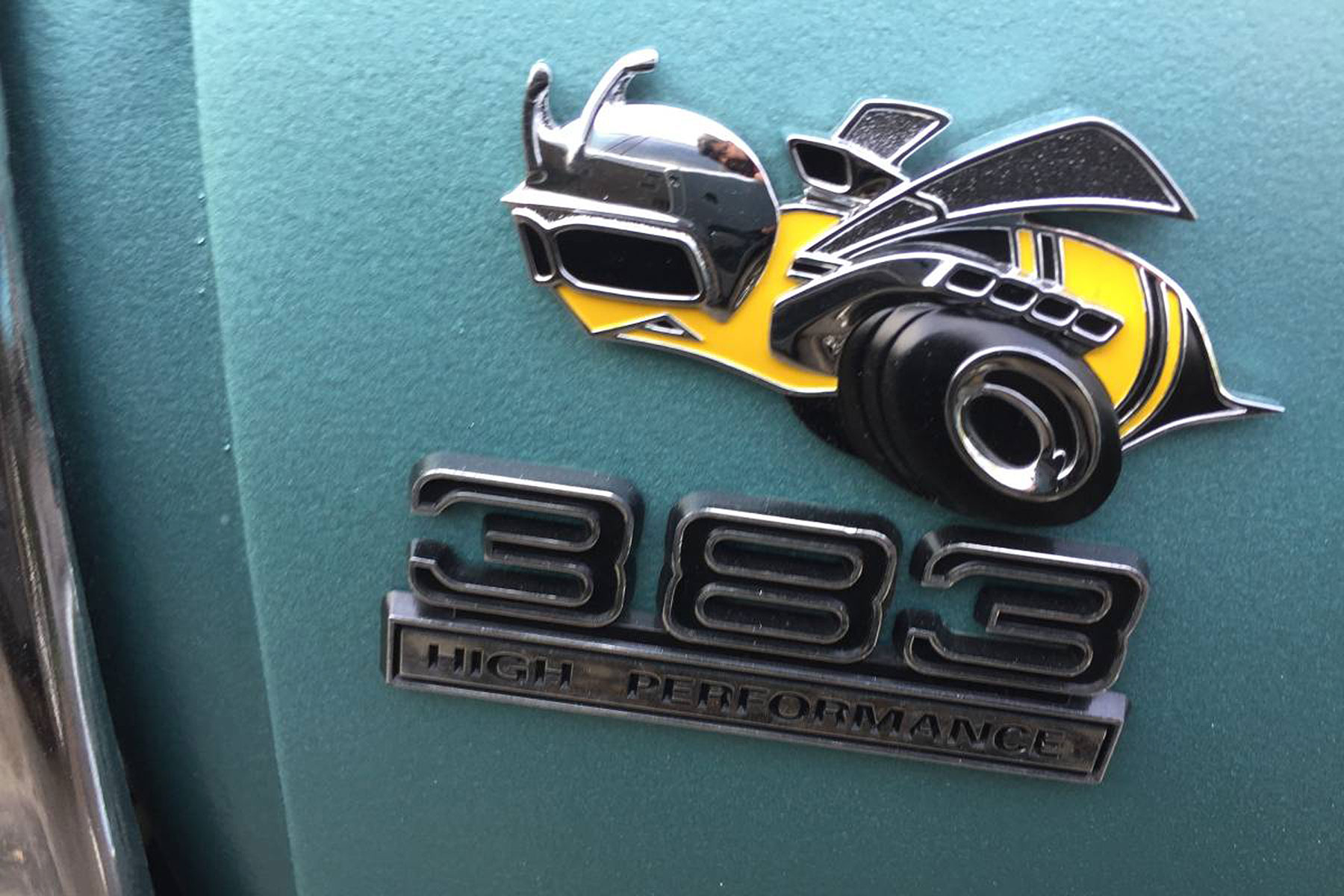 Bodywork that was all-new for 1969, a rounded departure from the previous boxy styling that marked the middle Sixties. Chrysler referenced design this in early literature as a “fuselage-frame that wraps up and around you in one fluid line.” The ‘69-’73 full-size cars are still colloquially referred to that way, the “Fuselage Look.”

Their distinctive Look also came in a distinctive size. A four-door Newport clocked in a 19 feet long, a hair over 6 and a half feet wide, and 4,200 pounds. More or less.

Ram Air was not an option, however (at least according to our records; anything’s possible). The owner cites this hood as “late 60’s early 70’s double snorkel functional hood scoop,” and it certainly ties in with the modern power accoutrement. 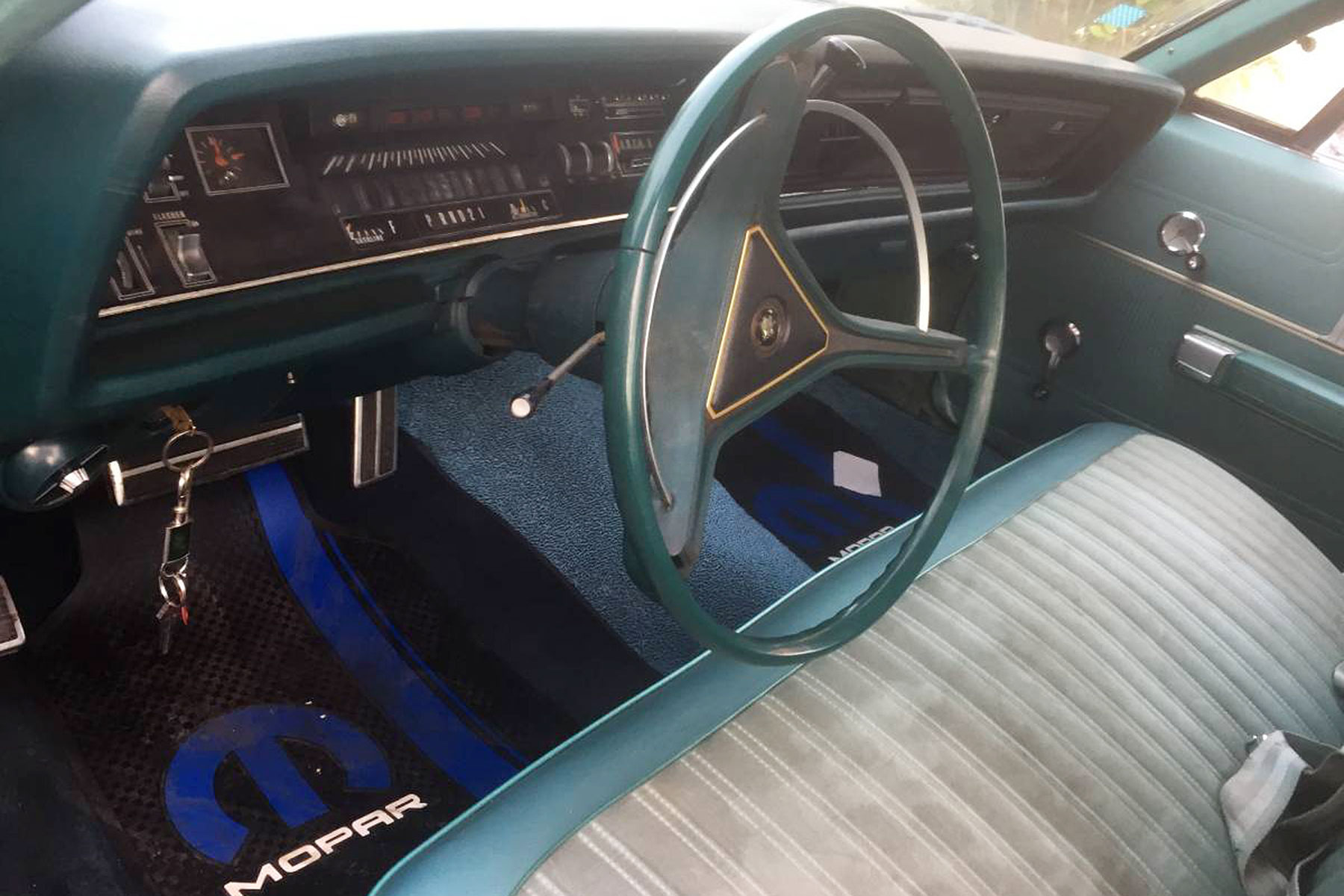 According to price guides, a 1969 Newport sedan in concours condition and equipped with a high-performance 440 V8 might fetch as high as $11,800. The great green monster on offer here has an asking price of $9,800.

While that sounds a bit high, it’s hard to imagine that there is another 19-foot Mopar on the planet with as much attitude as this one. It’s as menacing as an adjective that will undoubtedly not surviving editing. It looks like it would beat up the General Lee for its lunch money. If the Death Mobile from the movie Animal House had an angry older brother, this would be it.

We wish the new owner all luck in the world with this beast. Keep us posted.

Ordering is now open for the new eighth-generation Volkswagen Golf. It's offered with four engines and a choice of two trims, with more models on the horizon for launch later in 2020
Read more

More than half want driving age raised to 18

A new survey indicates that 53 percent want the minimum driving age raised from 17 to 18. That compares with five percent who want it lowered to 16.
Read more

Aston Martin won the 24 Hours of Le Mans in 1959 with a mesmerising team display. 60 years on, a special run of 24 DBS 59 Superleggera celebrates it
Read more

An independent transport watchdog has launched a new campaign aimed at pressing Highways England to improve the signs on the major road network.
Read more

Fuel duty freeze could be lifted to help NHS

Infiniti to withdraw from UK and Western Europe in 2020

Infiniti announces plans to pull out of Western Europe in 2020, with Sunderland production of the Q30 and QX30 to cease by the summer.
Read more