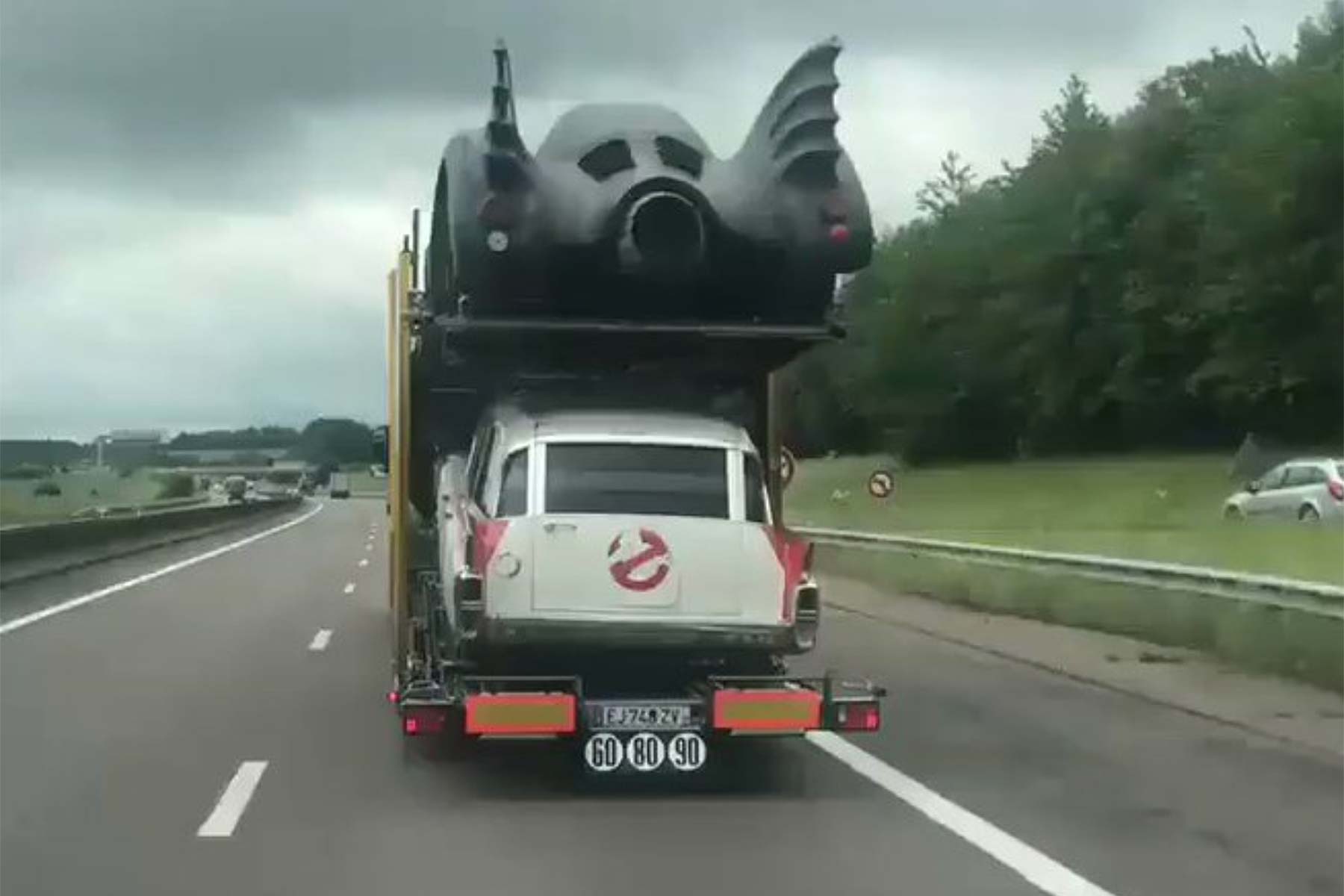 Catching a glimpse of even one movie car in the wild is rare enough, but imagine pulling around a semi on your Monday morning commute and seeing seven.

In the world’s greatest bit of #carspotting ever, Twitter user @dartvindican posted a video of what he reckons is “The greatest truck in the world,” a magic car carrier loaded with seven iconic movie vehicles.

There’s the Ecto-1 from “Ghostbusters,” a Tim Burton-era Batmobile, a Ford Explorer and Jeep Wrangler from “Jurassic Park,” the “Back to the Future” DeLorean, the motorcycle and sidecar from “Indiana Jones and the Last Crusade,” and Herbie the Love Bug.

“The best truck you will see in your life,” is the translation from the tweet. A bold claim, but who are we to argue? A look at the number of likes and retweets suggests plenty fully agree with it.

Based on his twitter handle, we imagine @dartvindican was more excited than most.