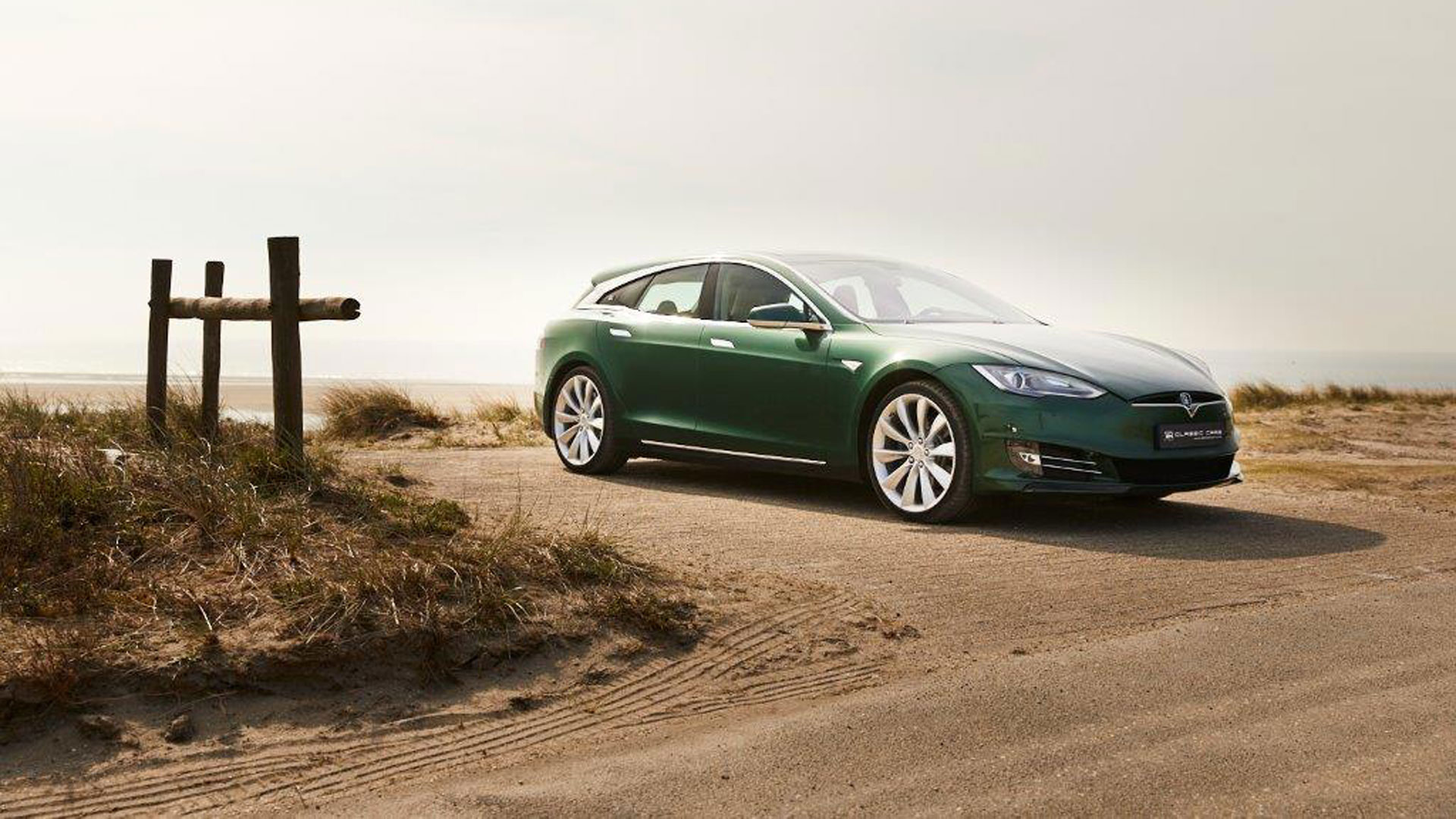 A specialist car dealership in the Netherlands currently has the world’s only Tesla Model S shooting brake advertised for sale.

Custom-built for a Dutch fan of electric vehicles and wagons, the Tesla Model SB is truly a unique creation.

Designed to look like it had left the Tesla factory in Fremont, California, this could be the ideal purchase for the EV driver who wants to be different. Oh, and has $200,000 (£162,000) to spare. 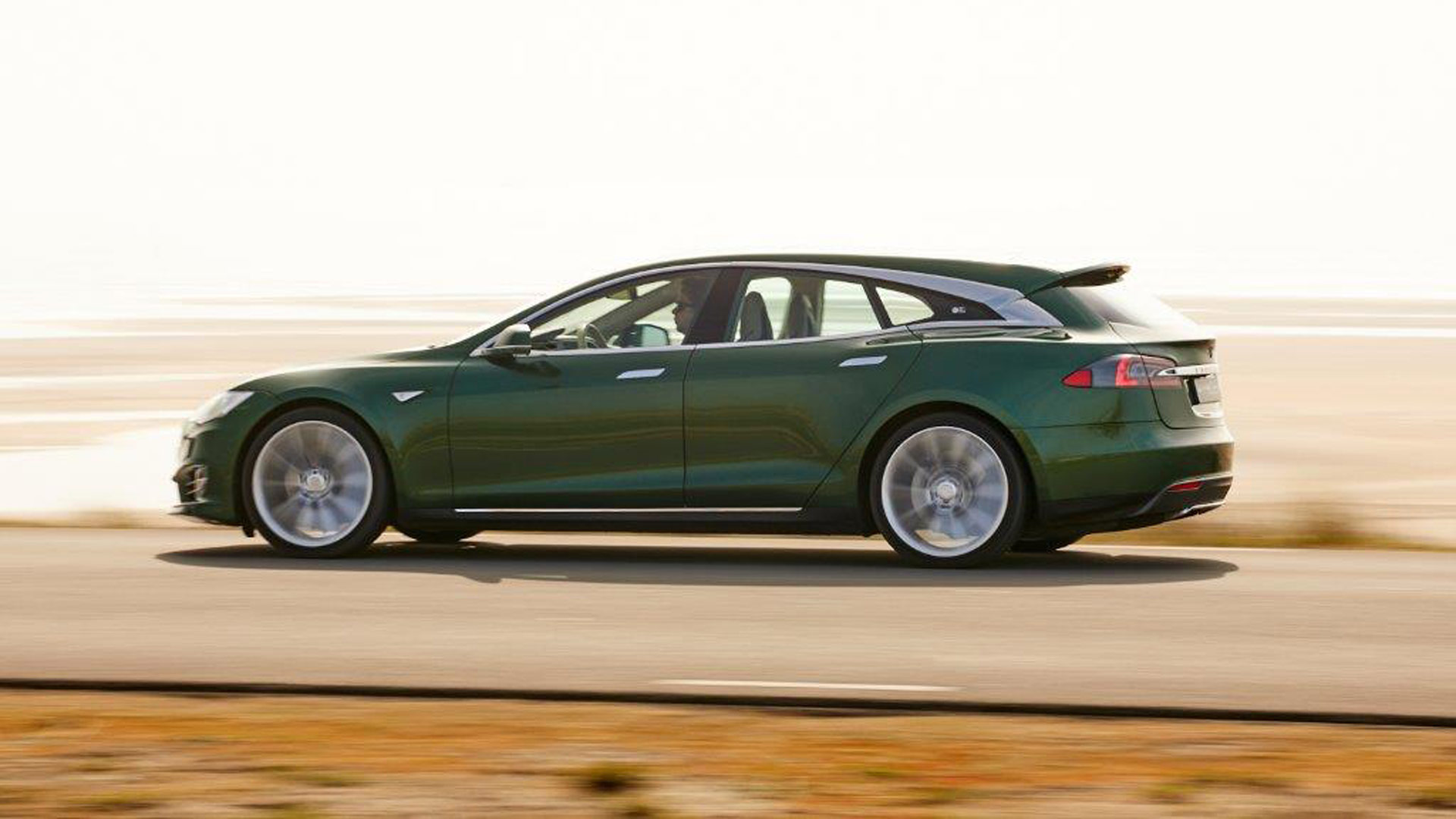 The car being sold by JB Classic Cars, located in Bodegraven, was completed in 2018 after an extensive design and build programme.

Floris de Raadt commissioned the Model SB, having initially been inspired by a Tesla-based hearse he saw being used in the Netherlands.

As an established fan of electric vehicles and station wagons, de Raadt knew he could potentially now combine his two passions. 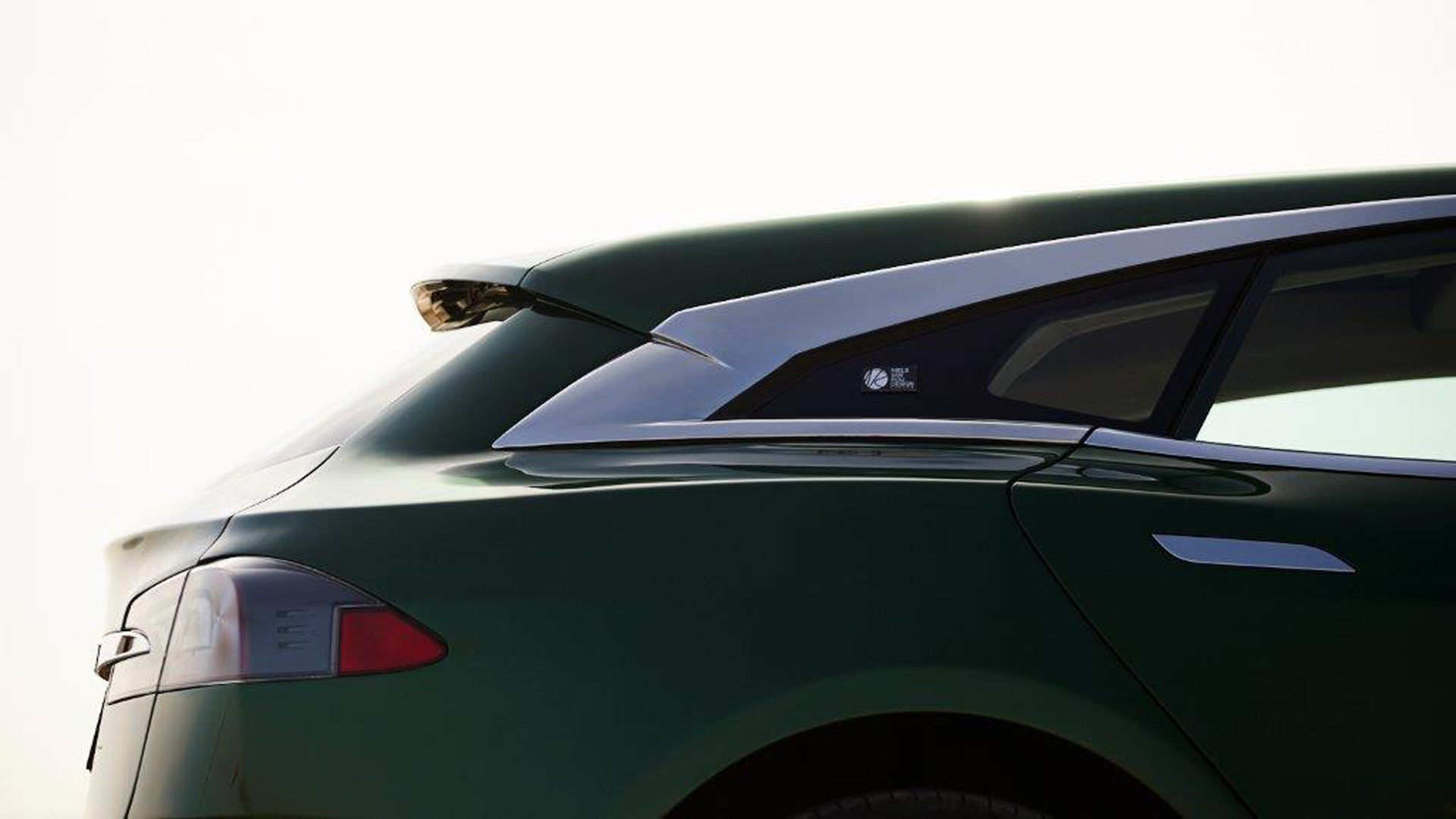 The first step was for de Raadt to buy a 2013 Model S 85 Performance. The second was to deciding he wanted the rear of a Jaguar XF Sportbrake grafting onto the Tesla.

To make this happen, he turned to Dutch company RemetzCar, who had been responsible for building the hearse de Raadt had seen. With experience in coachbuilding, the firm was ideal to take on the conversion.

Frank Reijenga of RemetzCar had also convinced de Raadt that mixing the Jaguar’s steel panels with the aluminium body of the Tesla would end in corrosion. An all-aluminum custom build would be the best option. 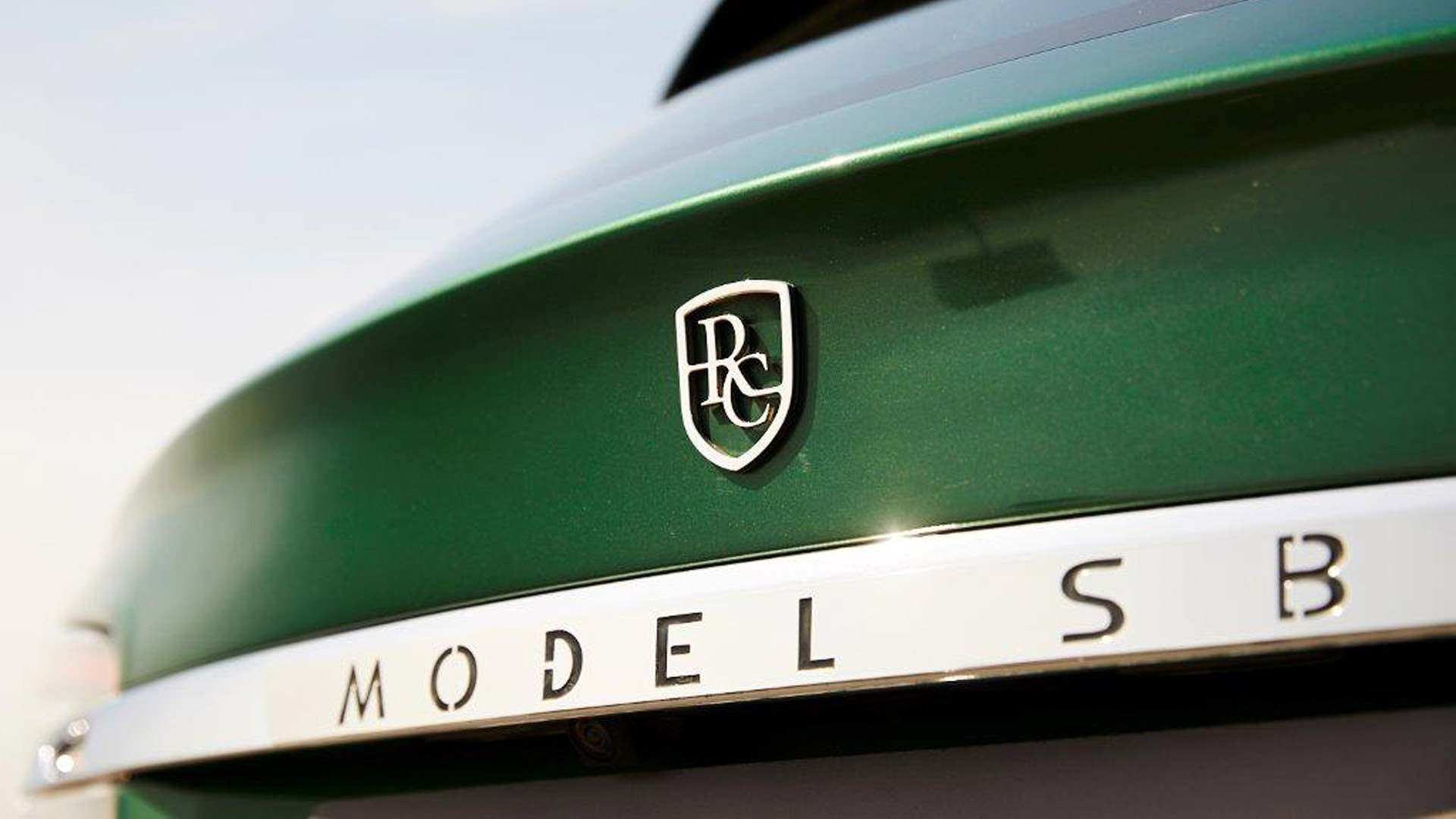 Young dutch designer Niels van Roij was tasked with styling the finished Model SB shooting brake. Key to his design was the bold chrome line running from the A-pillar rearwards, adding extra focus on the window line of the wagon.

Niels van Roij also added several extra features, such as finishing the inside of the glovebox in the same British Racing Green as de Raadt had wanted used on the exterior.

The rear-view mirror is also colour-matched to the exterior, whilst the steering wheel was retrimmed in the same leather as the seats. Green piping also adds to the overall feeling of luxury. 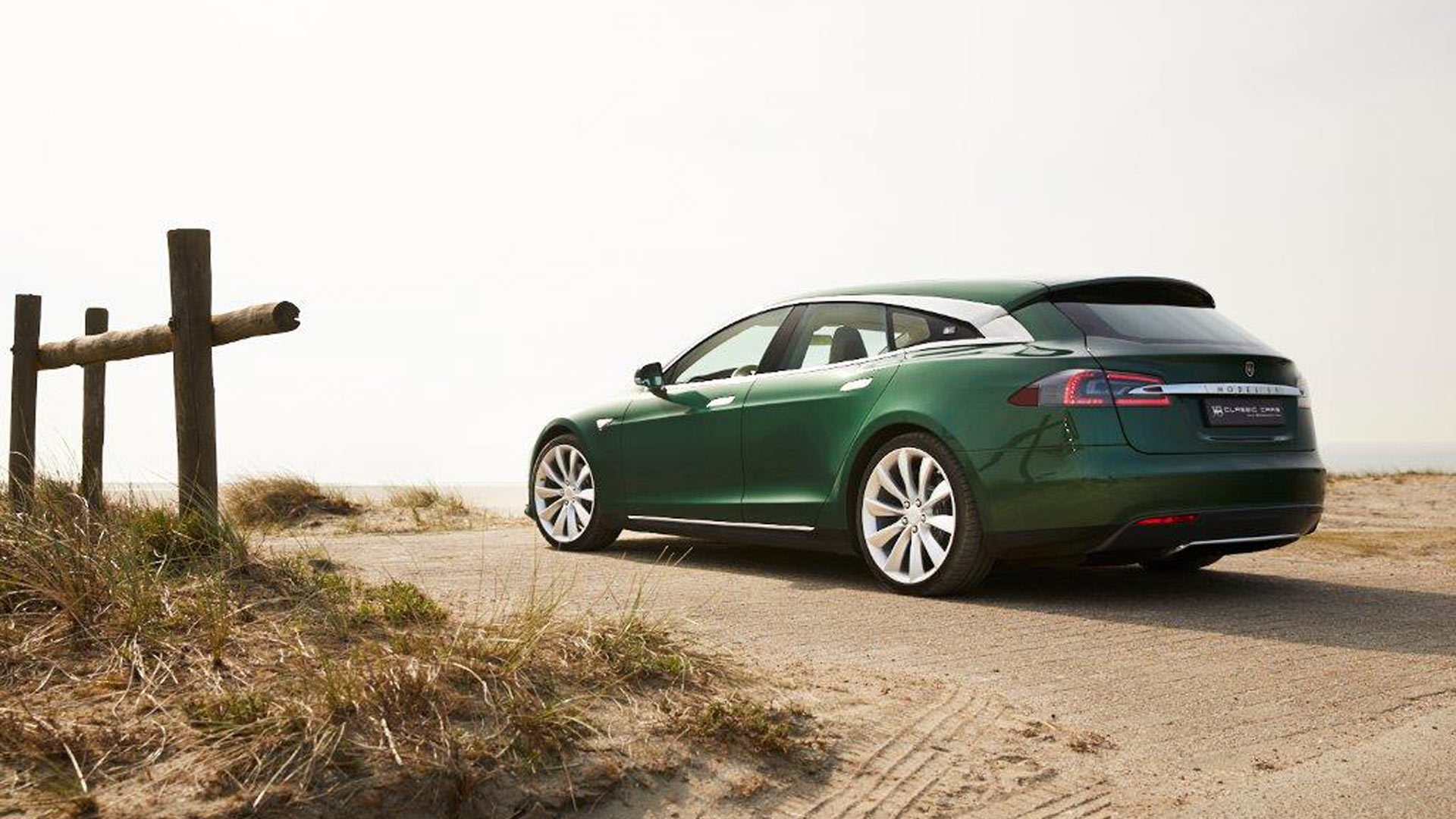 As a custom coachbuilt vehicle, the Model SB retains all the features of the basic Tesla underneath. This means the tailgate still opens automatically, and a rear wiper is hidden away beneath the spoiler.

However, such a detailed build saw costs rocket. Plans were made to construct 20 examples for sale, but the price of development meant they could never be competitive in the marketplace. It left de Raadt’s car as the only one in existence.

A fancy launch in London during 2018, and even a spot at the Geneva Motor Show, would be the highlights for de Raadt and the unique Model SB.

A wagonload of cash needed 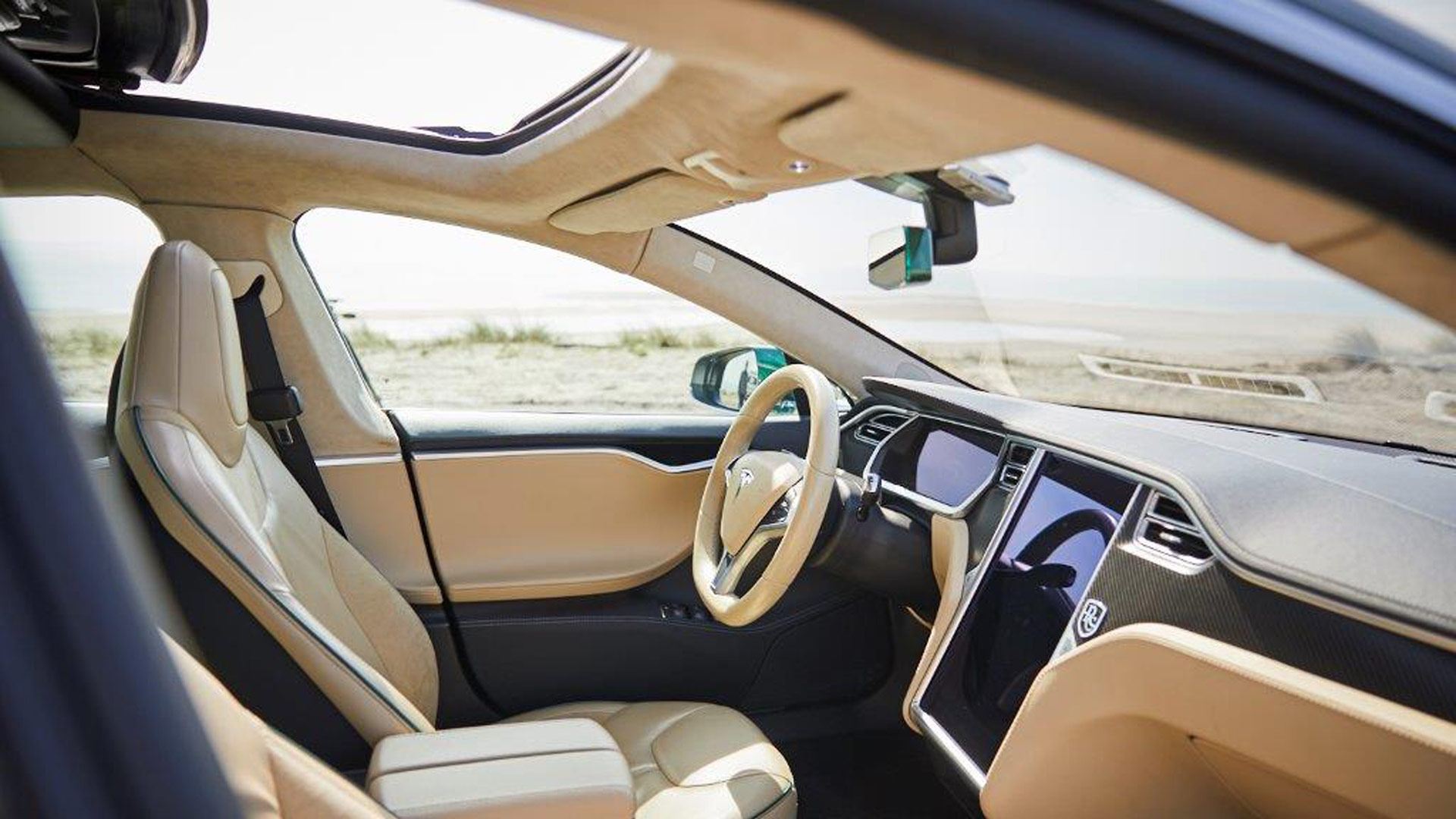 Having covered 60,000 km (37,000 miles) the Model SB has been enjoyed by de Raadt. It benefits from a conversion to 4G connectivity, and also has Type 2 charging capabilities thanks to an upgrade.

At roughly double the price of a regular new Model S, that is a serious amount to pay. However, the purchaser can be sure they will never see another shooting brake version pull up alongside them.

Last week, Asda reduced the cost of petrol and diesel at the pumps – and now Sainsbury's, Tesco and Morrisons have followed suit.
Read more

From the iconic Golf GTI to lesser-known rarities such as the Passat W8, Polo WRC and Scirocco Bimotor, these are the fastest VWs ever made
Read more

Used electric cars are going UP in value

New research by Cargurus has demonstrated the true strength of popularity that electric cars have garnered in 2019. Some have actually risen in value
Read more

No Deal: European cars we can’t buy in the UK

Presenting a list of 20 cars you can buy in Europe, but are strictly off limits in UK showrooms
Read more

eet the boss: this 1977 1303LS Beetle Cabriolet was a feature of The Who frontman Roger Daltrey’s garage for nearly 30 years.
Read more