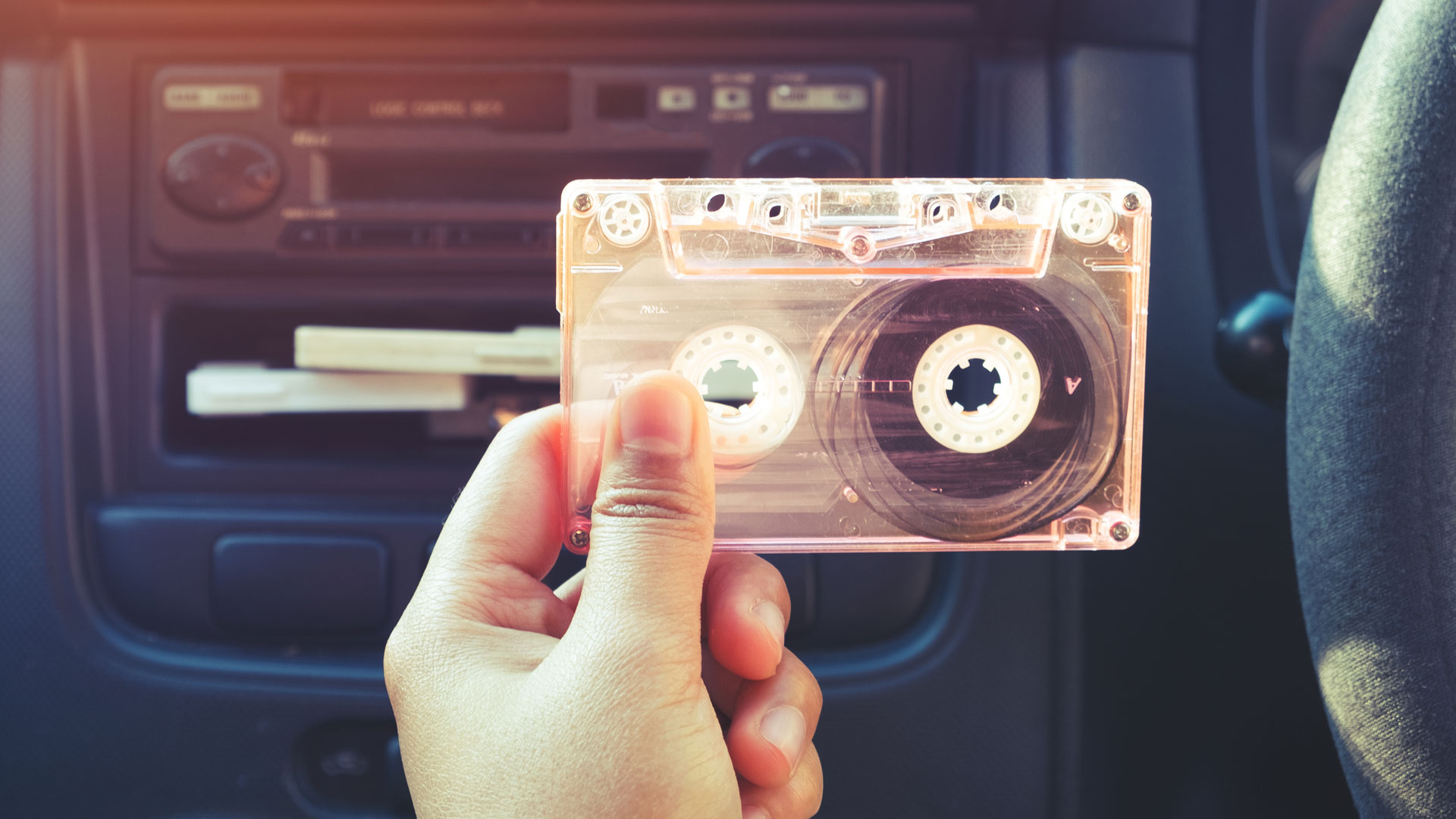 On 13 February 2019, UNESCO is celebrating the eighth World Radio Day, a celebration of radio and how it shapes our lives. This year, the event is focused on the theme of ‘Dialogue, Tolerance and Peace’, showcasing how radio can be a force for good.

Radio has been a part of the automotive landscape for nearly 100 years, as our guide to in-car entertainment highlights.

From an in-car entertainment perspective, today’s motorists have never had it so good. Thanks to streaming services, internet radio and podcasts, the modern car can be transformed into your own portable listening device.

Gone are days when you’d spend hours creating a holiday mixtape, or filling the footwells with a dozen CDs before a long journey. Now, you can switch from King Crimson to Kings of Leon, or Queensrÿche to Queens of the Stone Age, in royally quick time.

A hundred years ago, things were very different. Aside from chatting to your passenger or listening to the engine, there was little to take your mind off the terrible road surface. In those days, even a dreary DJ in the afternoon would have been preferable to radio silence.

The rate at which in-car entertainment develops is such that the stuff we lusted over just a couple of decades ago has been rendered obsolete. The cassette player has gone, and the CD player is hanging on like Debbie Harry on the telephone.

Here, we’ve created a mixtape of the life and times of in-car entertainment. 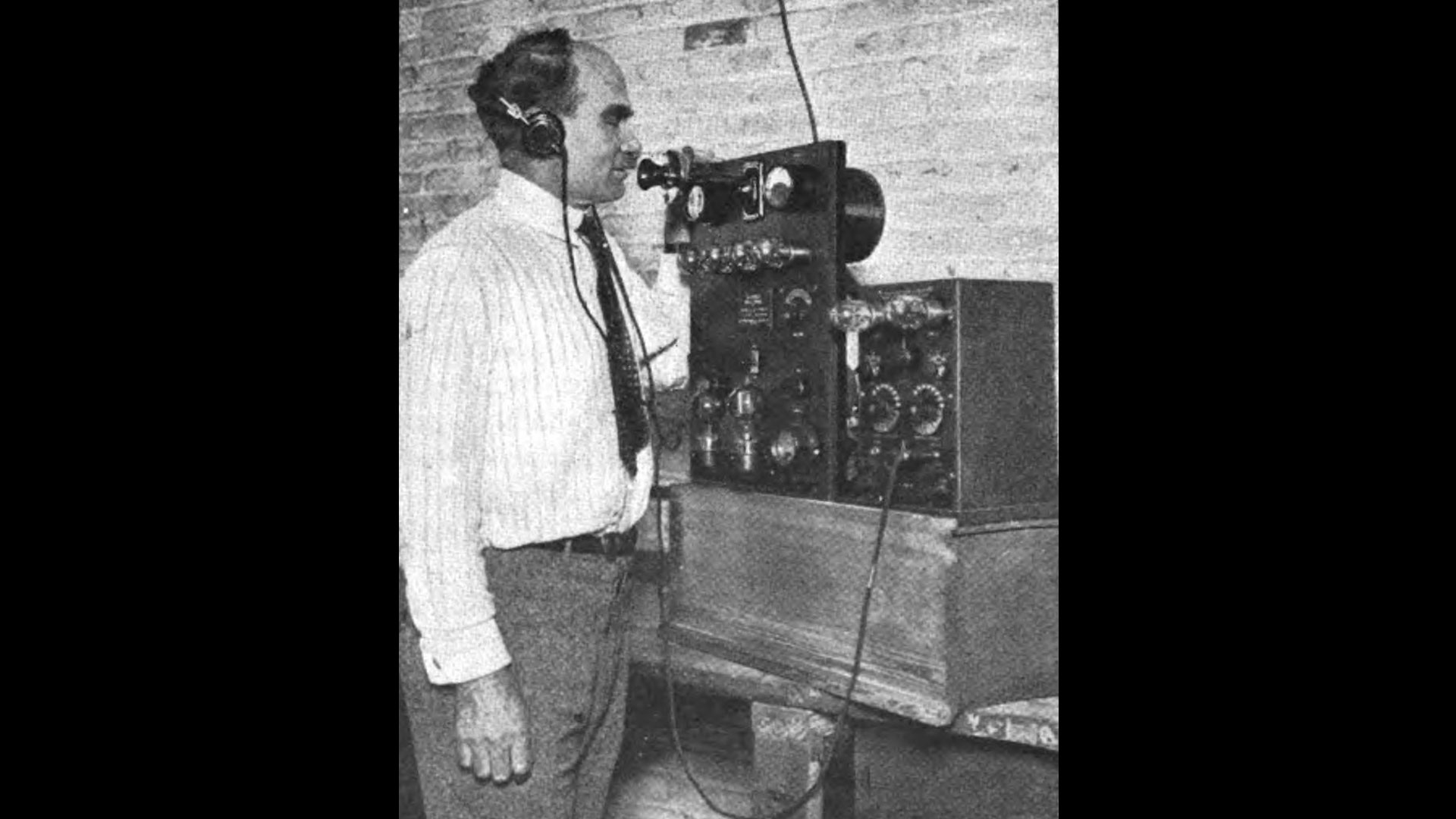 Born in 1873, Lee de Forest (pictured in 1922) was an inventor who held many patents on the technology of radio, television and film. Known as the ‘Father of radio’, de Forest demonstrated a radio-equipped car at the 1904 World’s Fair in St. Louis.

His technology was effective, but without commercial radio stations, de Forest’s wireless device was like a songbird without a voice.

The in-car radio took a backseat while inventors perfected the technology required for amplitude modulation (AM) radio transmission, but before 1920, there was no concept of broadcast radio.

Things started to change in 1922 when the first ‘in-car’ radios began to appear in mainstream automobiles. That they were little more than portable battery-powered radios adapted for use in a car is irrelevant – they laid the foundations for in-car entertainment.

George Frost, president of the Lane High School Radio Club in Chicago, installed a clumsily-fitted device in a Ford Model T and proudly adorned the windscreen with a banner proclaiming the arrival of the ‘First Radio Equipped Car’.

In the same year, the Daimler Light 30 featured a Marconi eight-valve receiver fitted in the rear compartment and a large frame aerial on the roof. It received perfect reception from Marconi House, but it came at a cost; approximately 25 percent of the cost of the car.

Frankly, the best and most cost-effective option was to take your gramophone for a ride. 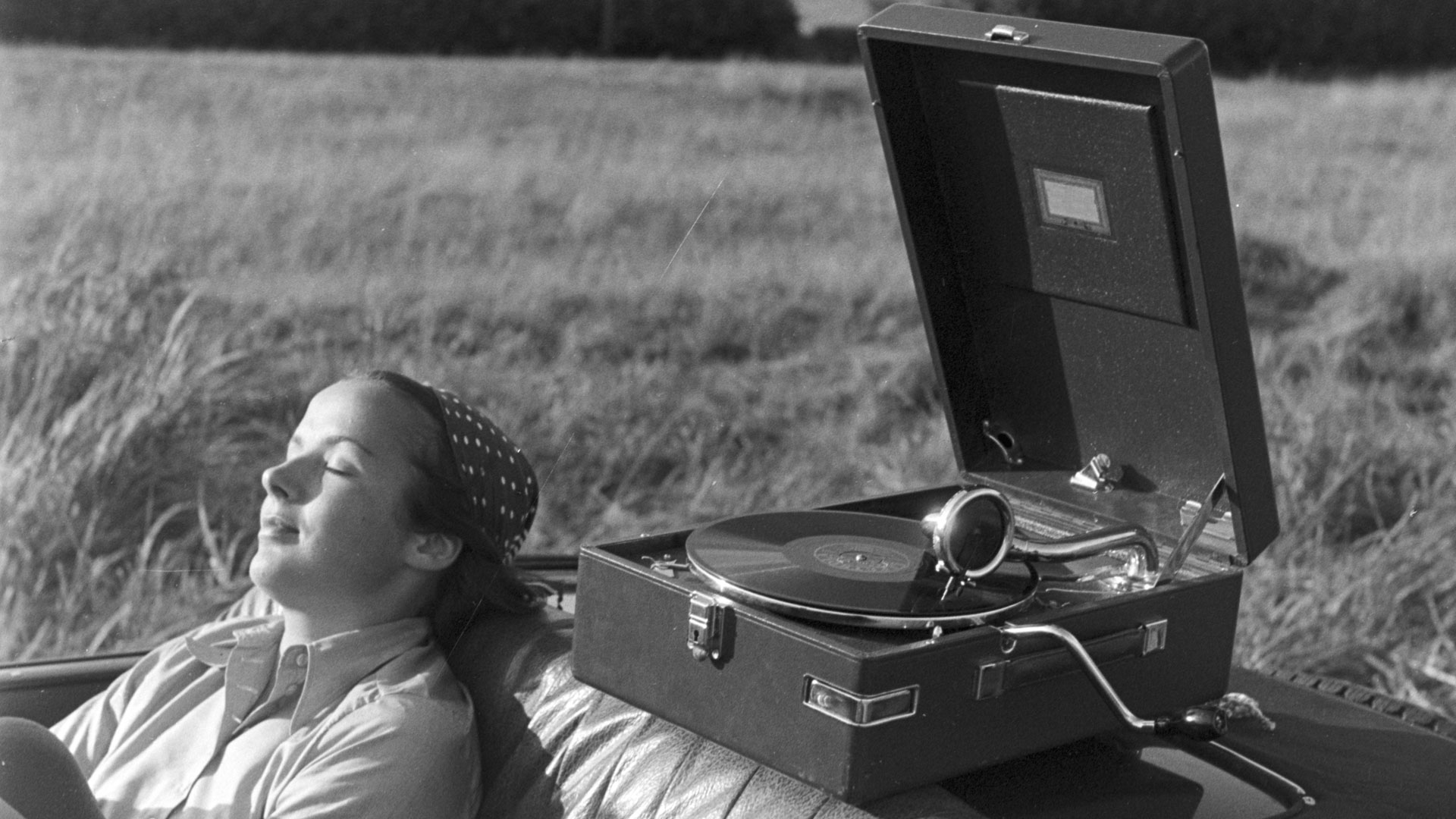 Meanwhile, Chevrolet offered the first factory-fitted unit in the United States. The Westinghouse radio was listed as a $200 option – an extravagance on a car with a list price of $525.

“With a car equipped in this fashion it is possible for a family to drive anywhere within 100 miles or so of a broadcasting station and picnic while their car amuses or instructs them with music, sermons or wireless telegraphy,” reported The Literary Digest.

A radio was too expensive and far from practical. In the Chevrolet, the antenna covered the entire roof, batteries filled the space under the front seats, while huge horn speakers had to be erected in the back.

Other problems included the constant need for re-tuning, the interference from ignitions and spark plugs, and the fact that the sound was emitted through the head unit and not an external speaker. In the days before speakers, the engine really did kill the radio star.

Systems such as the Airtone 3D and Philco Transitone of the late 1920s barely moved the technology forward, but the radio was to take a giant leap forward in 1930.

Paul and Joseph Galvin owned an electronics firm specialising in battery eliminators for radios. The pair met William Lear (he of Learjet fame) and Elmer Wavering who were showcasing a car radio in Chicago.

The unit solved the static interference problem, and the team pressed forward with plans for a mass-produced and inexpensive in-car radio. The first installation in Paul Galvin’s Studebaker caught fire. Undeterred, he drove 800 miles to attend the Radio Manufacturers’ Association convention in New Jersey.

Without the funds required for a stand, Galvin parked the Studebaker outside the convention hall and pumped up the volume. Orders flooded in, and Motorola (Motorised and Victrola) was born. 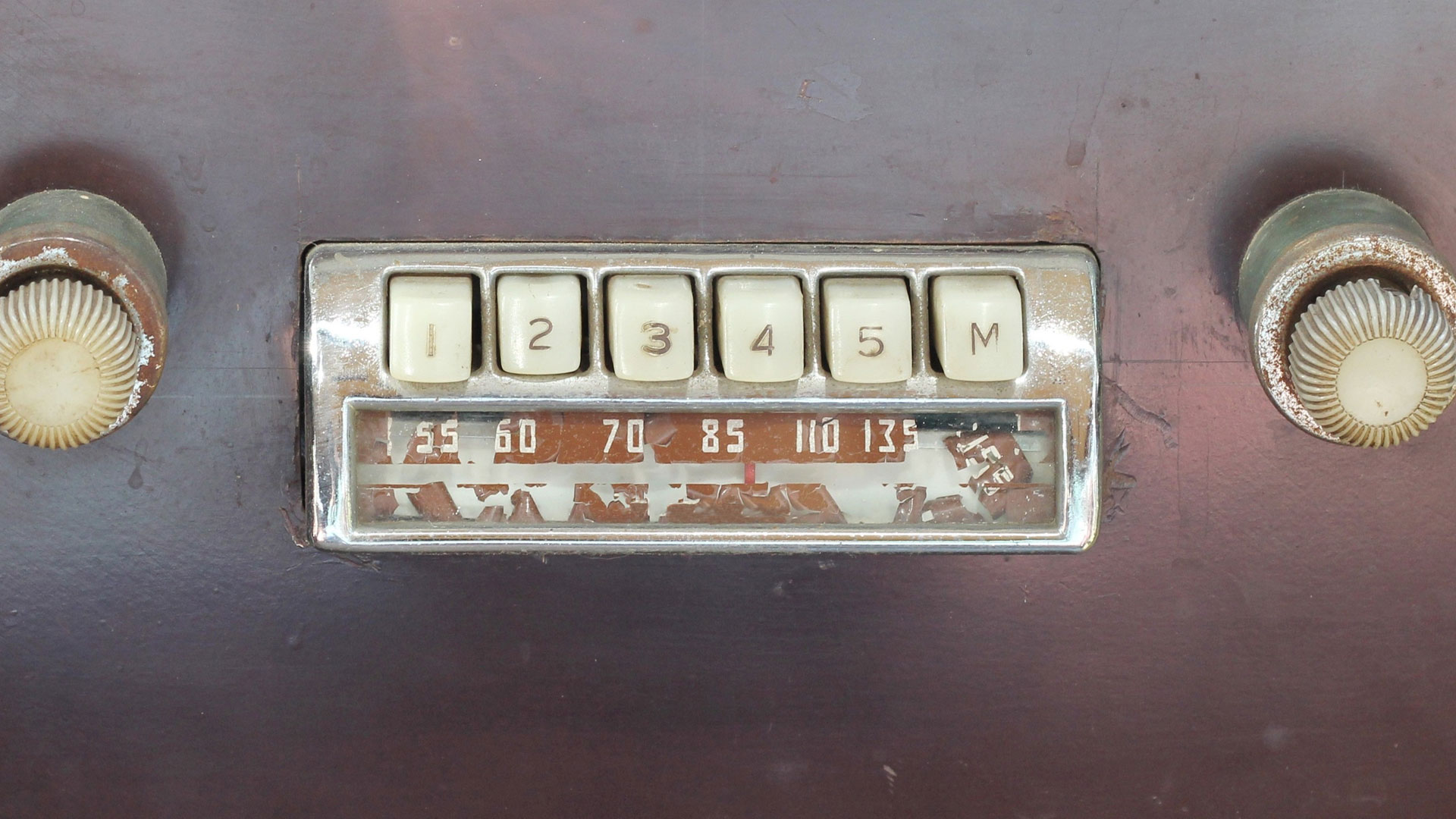 Prices dropped as the technology evolved and the in-car radio enjoyed a boom time in the years following the Second World War. This was the ‘golden age’ of radio, with motorists free to enjoy transmissions at home and in the car.

GM’s Delco Radio division produced its millionth car radio in 1940, and by 1946 it is thought that around nine million motorists had a receiver installed in their car. The technology was no longer the preserve of the wealthy.

AM remained the standard radio player throughout the 1930s and 1940s, but with FM radio introducing high-fidelity sound to the home, motorists were soon asking: “What’s the frequency, Kenneth?”

Edwin Armstrong had patented FM in December 1933, but AM remained the dominant force until the mid-70s. From an automotive perspective, FM turned a corner in 1952, when Blaupunkt introduced the first in-car AM/FM receiver.

A year later, Becker launched the first premium in-car radio. Called the Mexico, the head unit featured AM and FM bands and a fully automatic station-search function. The tide was turning: FM was shifting up a gear.

The 1950s was also a decade of innovation and experimentation. The idea of playing vinyl records in the car might seem preposterous today, but back then it was pretty much the only means of playing your own music on the move. The in-car record player was the MP3 or streaming service of its day. 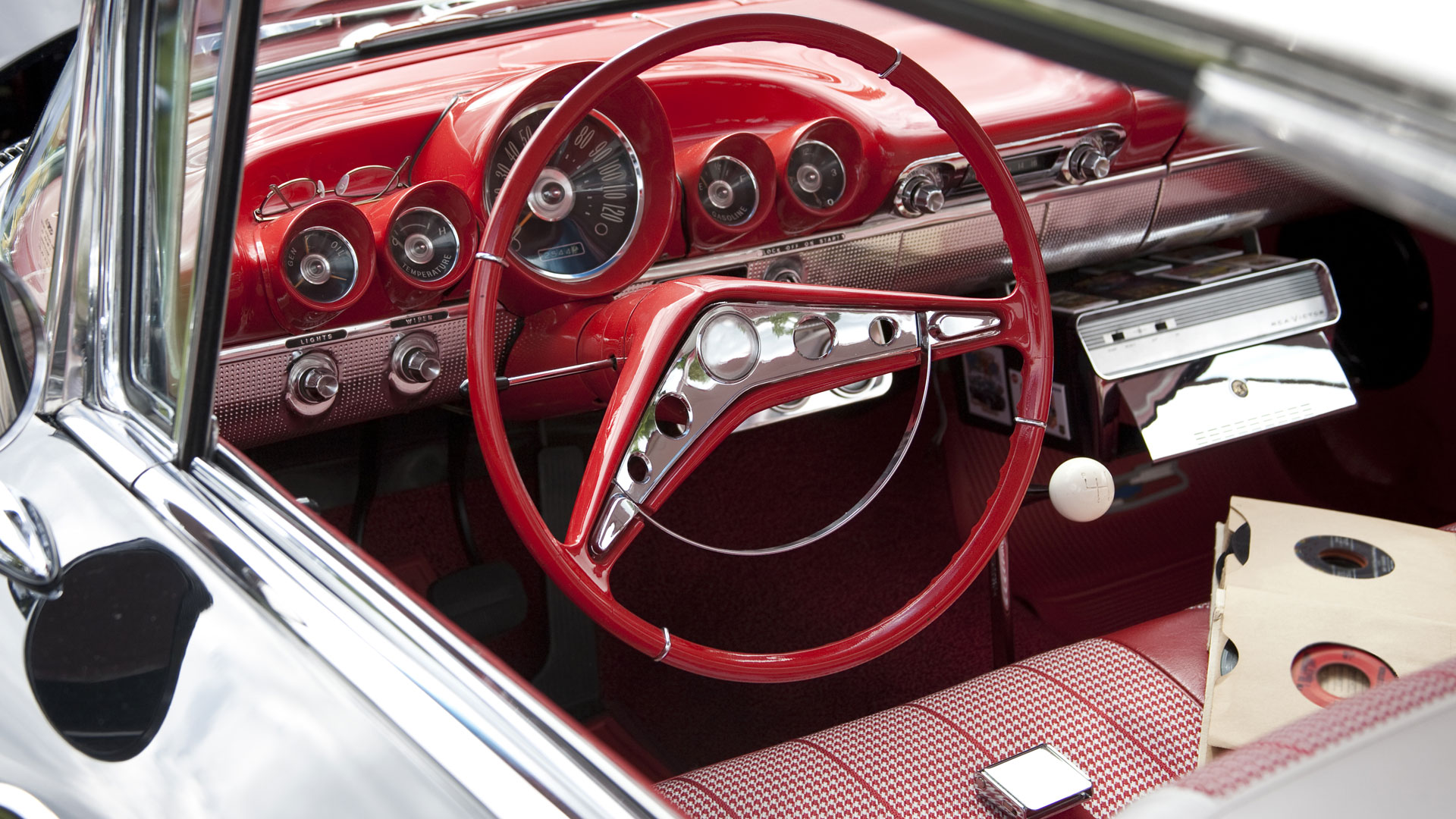 CBS Labs developed an in-car record player designed to be mounted beneath the dashboard. As 12-inch records were too big for the car, CBS used heavier seven-inch vinyl records explicitly created for the ‘Highway Hi-Fi’ head unit.

Chrysler offered the in-car record player as an option from 1956, but the technology was short-lived. It was too expensive, there was a limited choice, and the systems were far from reliable. Other problems included the need for the driver to switch records on the move and where to store the vinyl.

Attempts to improve and refine the technology resulted in mixed fortunes, but the spinning vinyl was about to be stopped in its tracks by the next major milestone in the history of in-car entertainment. Enter the eight-track player.

We can thank William Lear (yes, it’s the jet man… again) for the eight-track player. In 1963, Lear unveiled the Lear Jet Stereo 8 – a simpler and more durable development of the four-track Muntz Stereo-Pak cartridge.

The 8-track player made its automotive debut in 1965 when Ford offered it as a dash-mounted option in Mustang, Thunderbird and Lincoln models. The cartridge reigned supreme for the rest of the 60s and most of the 70s, but it was on borrowed time. 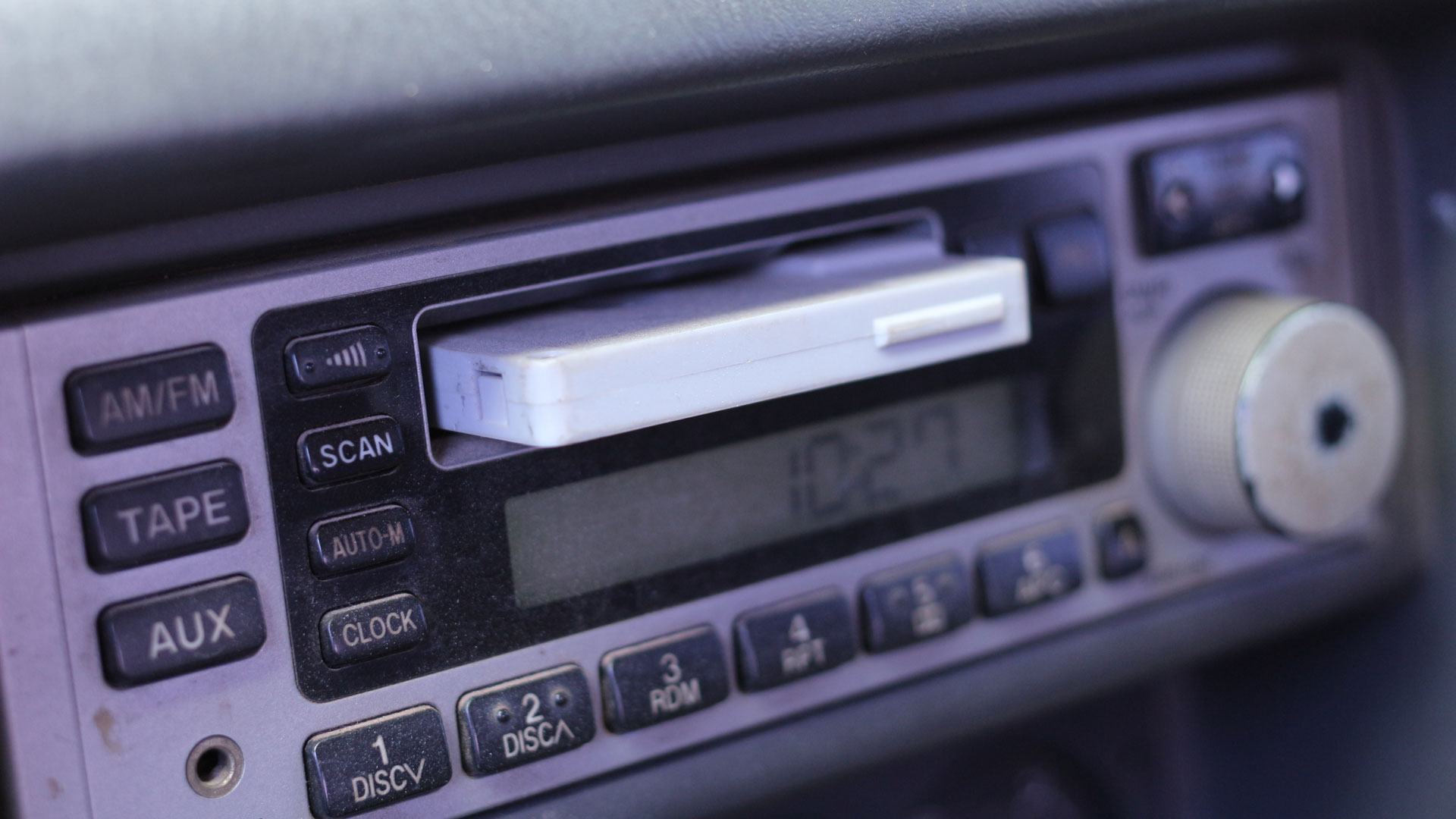 Becker claimed another first when it launched the Europa in 1968 – the first car stereo. But the cassette player was waiting in the wings, ready to sign the death warrant for the eight-track.

It’s likely that Philips created the first in-car cassette player when it launched the RN582 in 1968 – Becker offered similar solutions in 1969 – but the tape wouldn’t secure mass-market appeal until the mid-70s.

For the motorist, it was a dream come true. Whether they were listening to a ‘Musicassette’ of the latest album, or a home recording of the Top 40, the cassette player was, at the time, the perfect mobile music device.

The cassettes were small enough to fit in a glovebox, cheap enough to buy in bulk, and presented an ideal opportunity to show an act of true love and devotion. If a boyfriend or girlfriend created a mixtape for you, it must have been love. Little wonder some three billion cassettes had been manufactured by 1988.

But by then, the cassette player was facing a fight for survival. Pioneer introduced the world’s first in-car CD player in 1984 (although Sony might dispute this), with Mercedes-Benz becoming the first manufacturer to list it as an option in 1985. 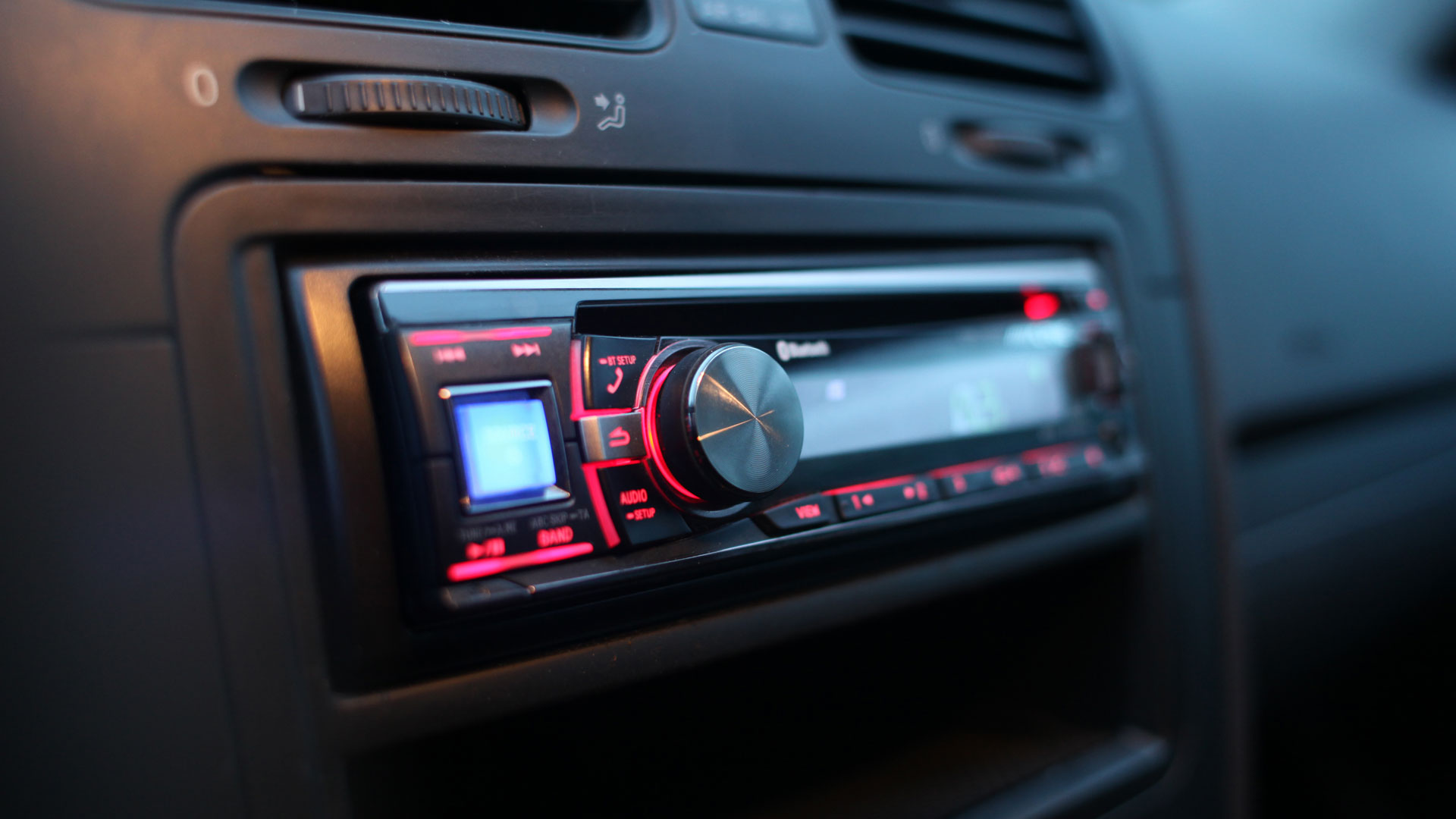 For a while, the CD player’s star burned bright. The compact disc was a durable device and, thanks to home computing and the CD-R, it was possible to create a modern take on the mixtape format. For car dealers, a CD autochanger was an easy upgrade to offer willing punters.

The CD player saw off the brief threat of the in-car MiniDisc player, but it was powerless to prevent the rise of the MP3 player. At first, it wasn’t easy to connect an MP3 player to the car, but once a solution was found, there was no stopping the MP3.

In 2001, Apple launched the iPod and, even if the transition to the car wasn’t immediate, consumers would no longer be satisfied with half a dozen CDs housed in a plastic box in the boot or cassettes clogging up the footwells. 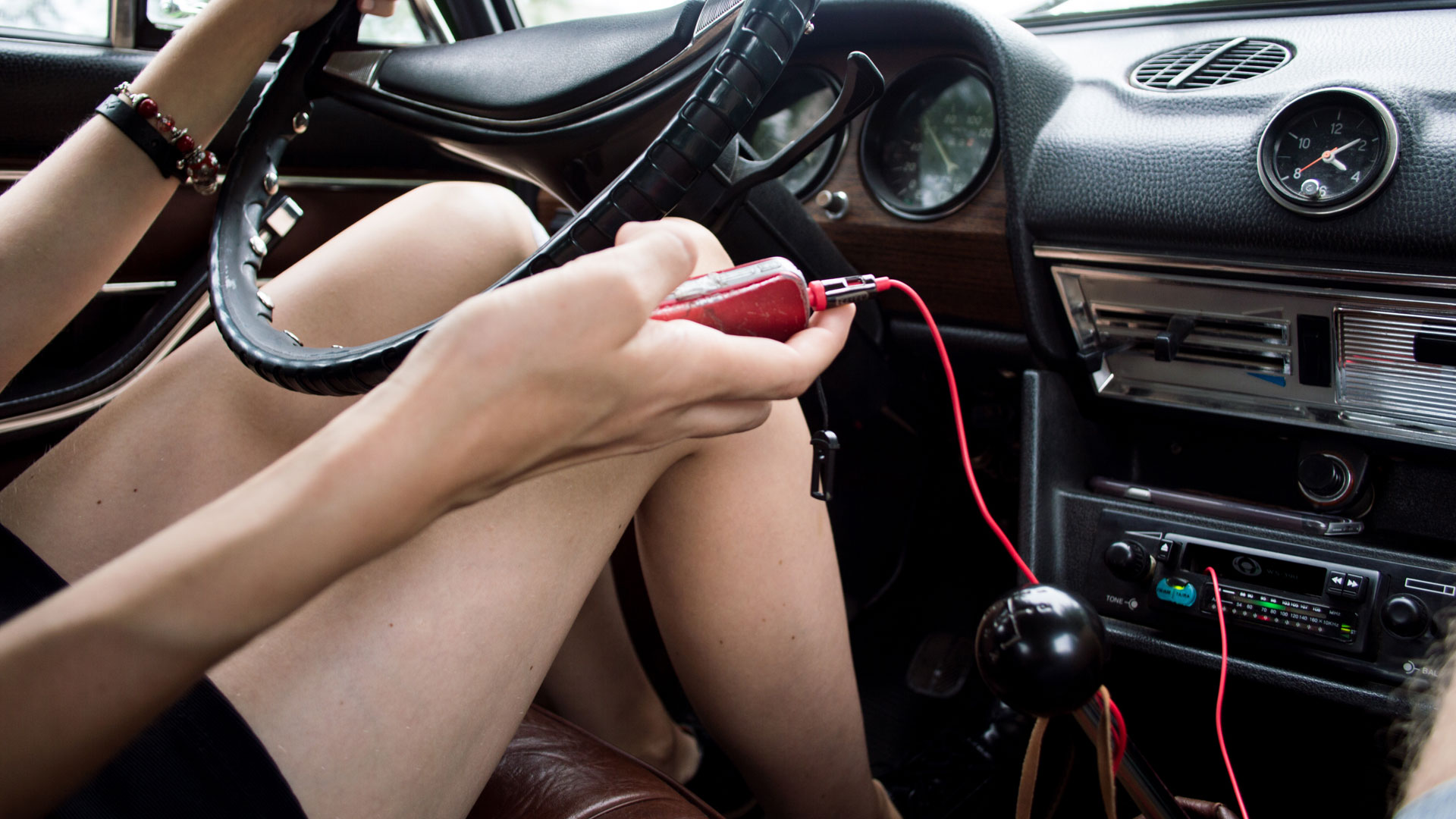 Cutting edge in-car entertainment is no longer a luxury. In just five years, Apple Carplay has gone from debuting on the Ferrari FF to becoming standard equipment on cheap Suzuki and Vauxhall superminis. It takes a bold manufacturer not to offer Carplay or Android Auto on the list of options.

In-car entertainment will continue to evolve. Soon, cars will play music to match your mood or the road you’re driving on and you’ll be able to share your playlist with the driver of the car alongside you as you queue on the ring road.

And older motorists will bore you with tales of mixtapes, autochangers, eight-tracks and the warm feeling of listening to Radio Luxembourg on long-wave. That’s the just the way it is.