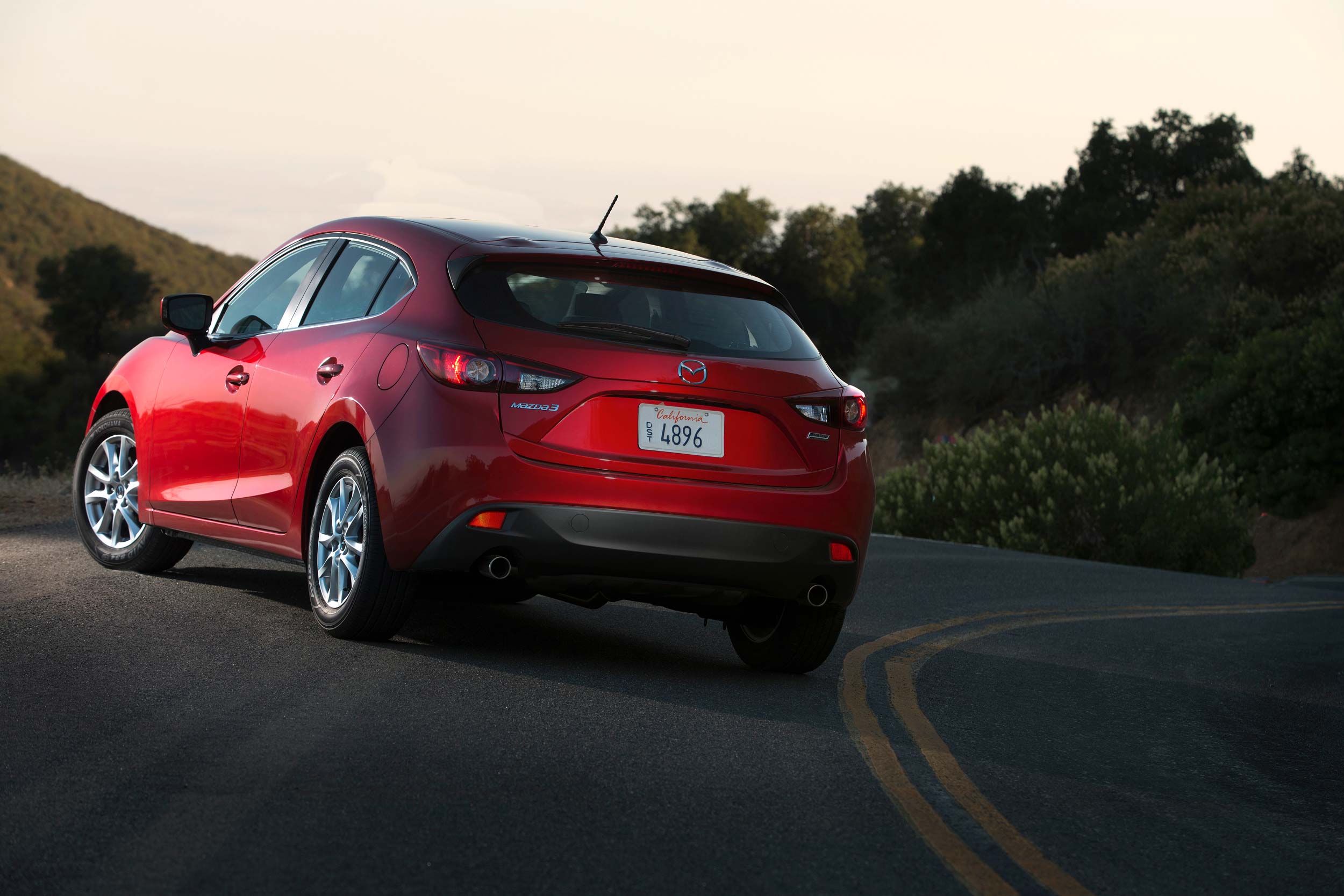 The general rule is that cars lose around a quarter of their value in the first year, and half in the first three to five. Finding a late model gem in the preowned section of the sales lot is therefore a great way for buyers to save thousands of dollars while still driving off with a safe, reliable, and efficient vehicle.

These are the cars that offer value for money even when they come from the pre-owned side of the lot. They tested well when new and display above-average reliability.

Just be sure to have any potential purchase thoroughly inspected by a certified mechanic. No matter how good a car’s reputation, there can still be the occasional lemon or vehicle that suffered a neglectful owner.

Values are presented as a guide only, and will fluctuate depending on trim level and market. 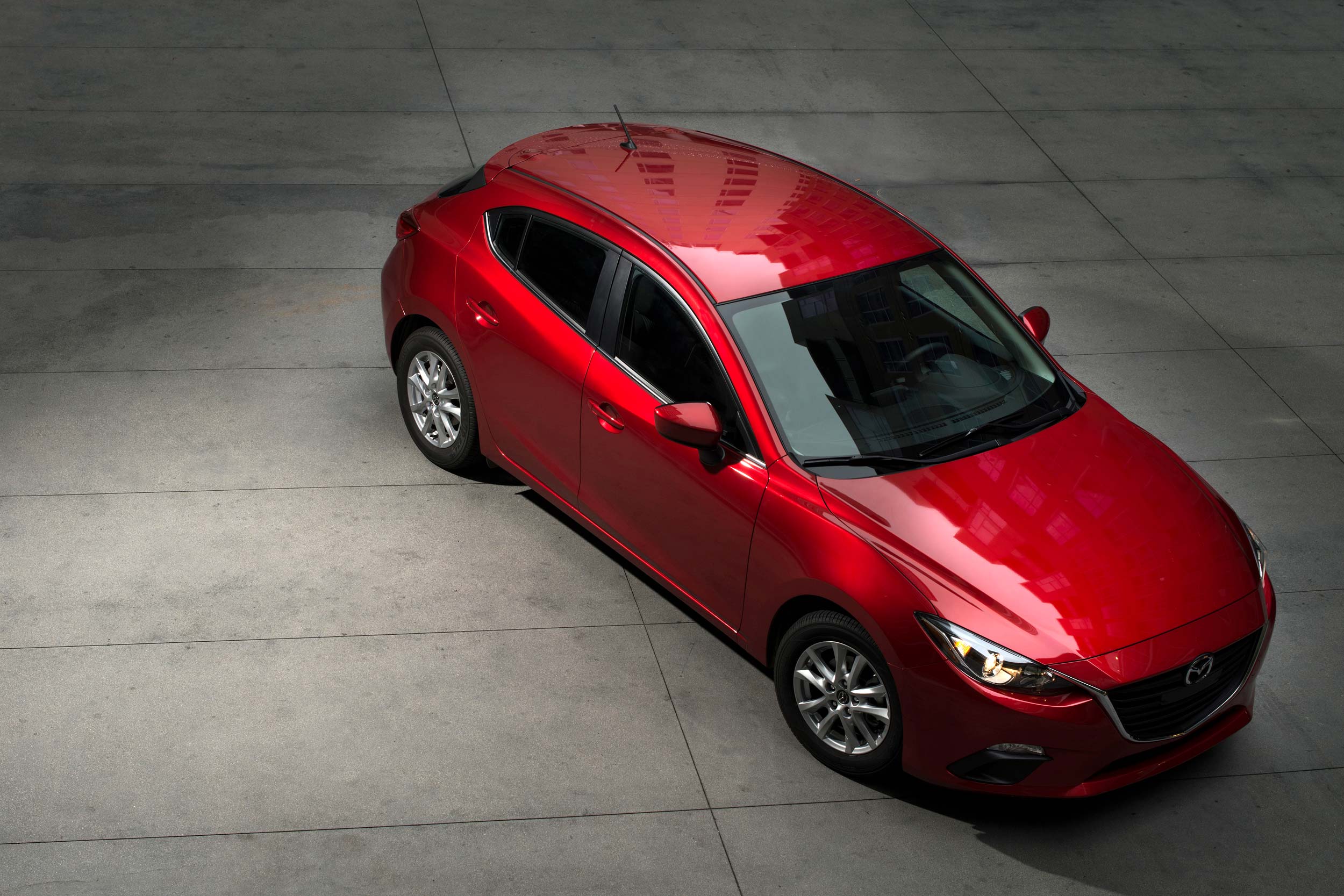 The Mazda3 is fun to drive, reliable, and easy on fuel. Available as a sedan or five-door, it has for years enjoyed a great reputation with the press and public alike. The four-door tends to cost a bit less than the hatchback, but either style offers value for money.

Air conditioning was standard from 2013 on, and the third generation Mazda3 was released in 2014. 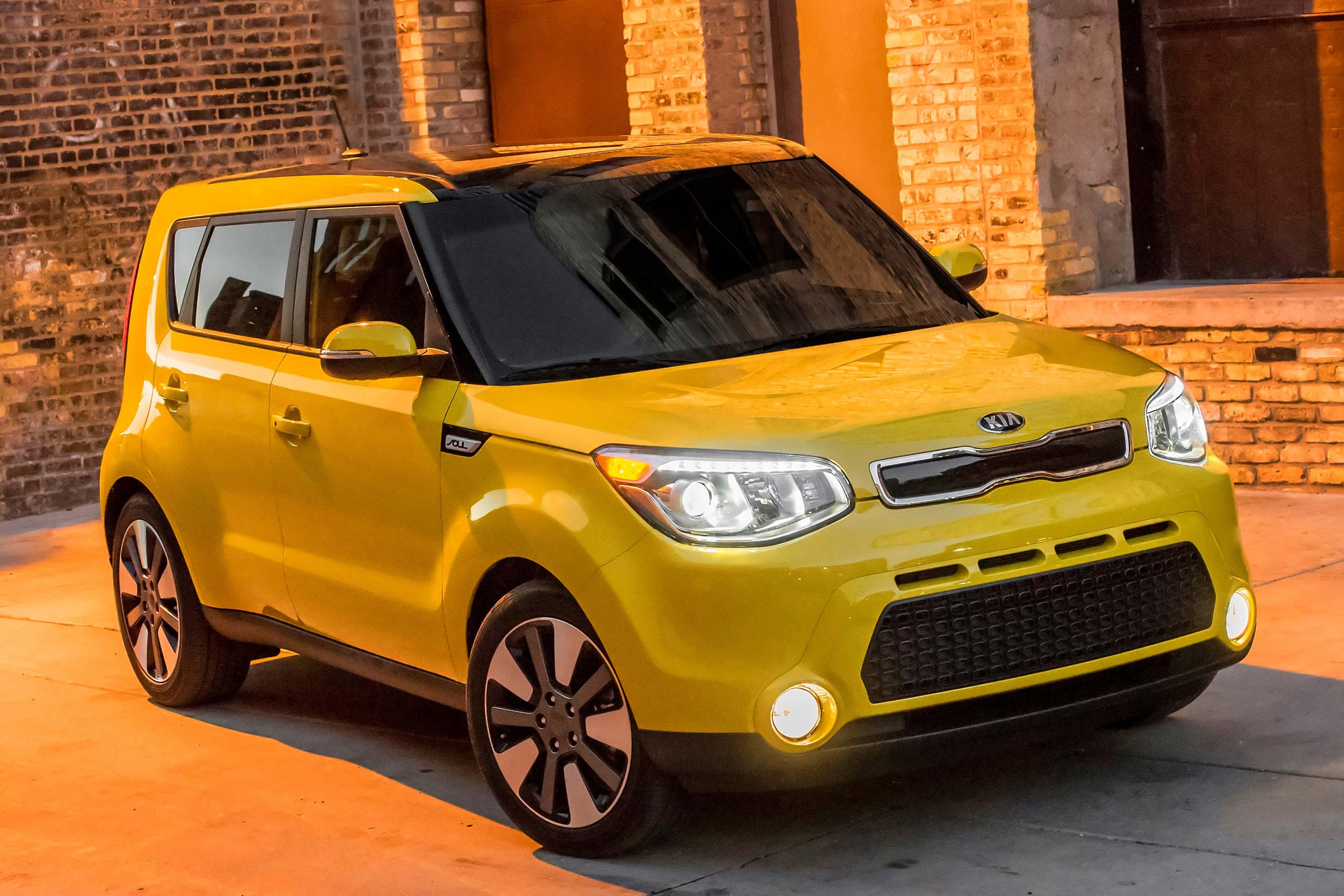 Though compact, the Kia Soul offer plenty of room for adults and their belongings in a fun and stylish package. They’re relatively simple in base form, reliable, and age well.

First generation Souls ran from 2010-2013 and came with either a 1.6- or a 2.0-liter engine. With either engine, the boxy Kia feels peppy and engaged. Manual transmissions can be had, but most are automatics.

Second gen cars have a bit more grunt and feel more refined overall. The front end has a new aggressive look, and there’s a tick more interior space. All the fun remains intact.

Kias are sold with a 10 year/100,000 mile warranty and many used vehicles are still covered. 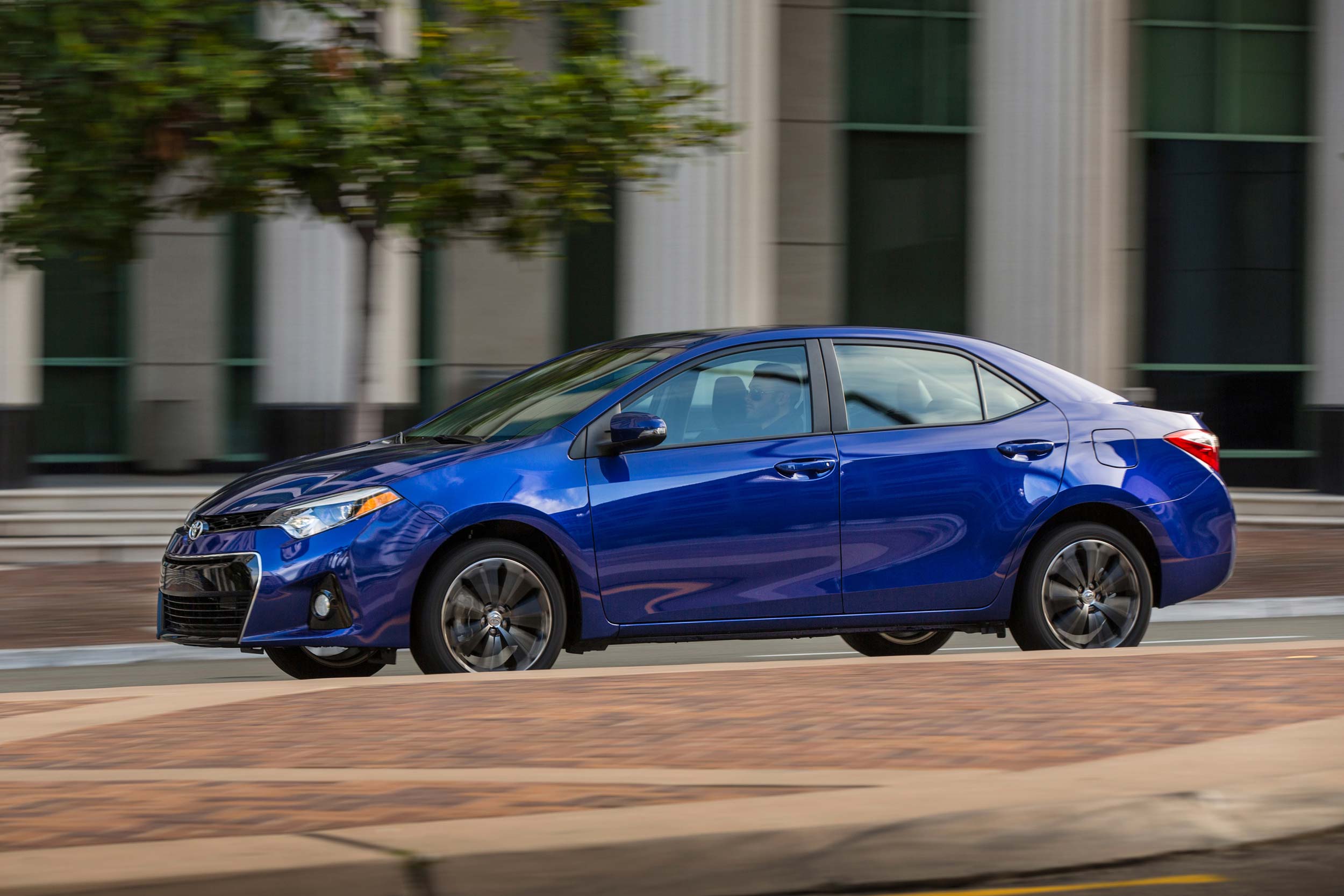 Since its birth more than fifty years ago, the Toyota Corolla has become the best-selling car of all time. Buyers appreciate its reliability and longevity. Maintenance costs are low and retained value is high, creating incredible value for money.

2008 cars are the last year of that generation and can be had for the lowest cost, though stability control and side curtain airbags are rare. 2009-2013 cars are as safe and reliable as expected, with stability control become standard in 2010. 2014-2015 cars come with highest sticker price, but also feature the latest in safety and technology. 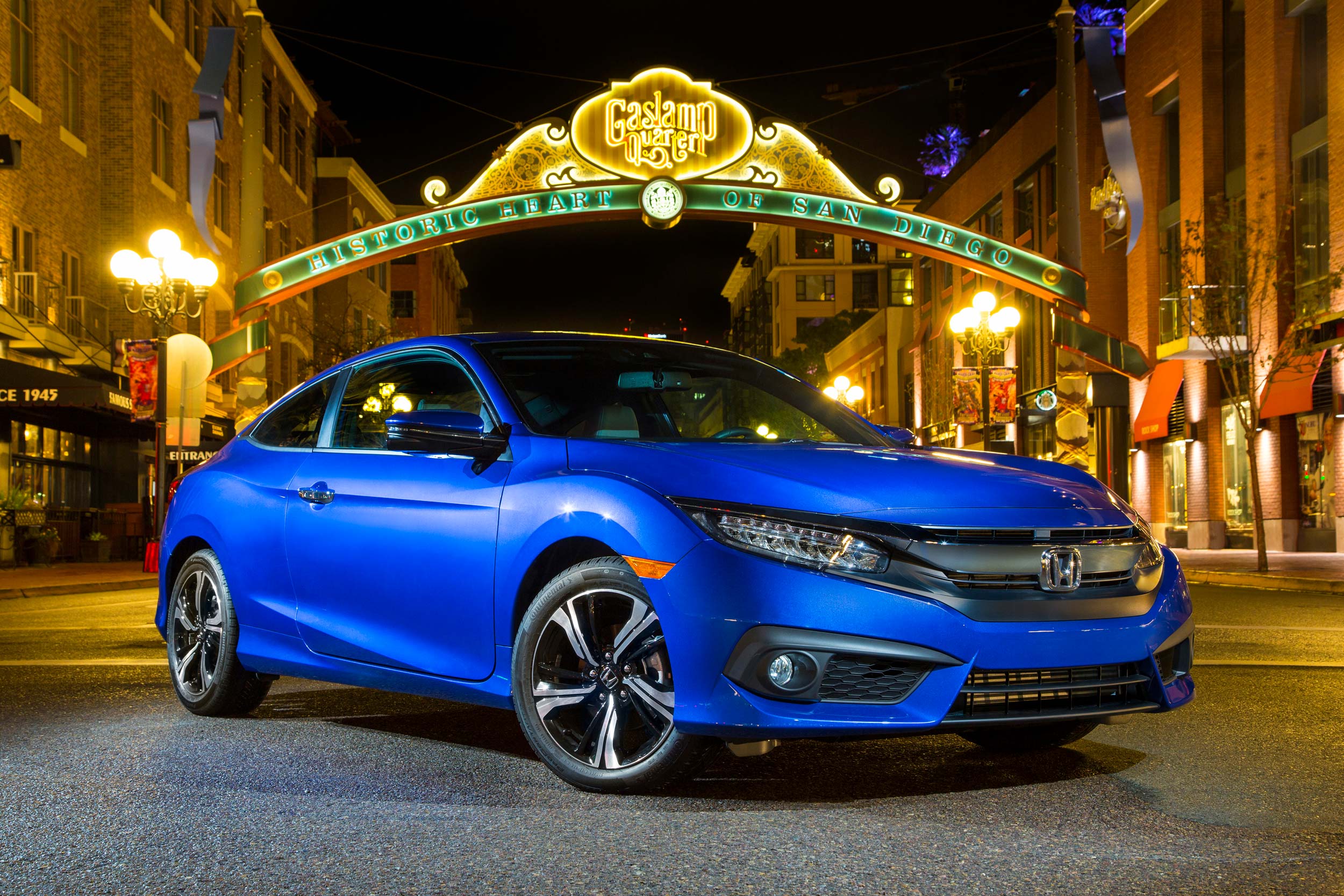 We have had plenty of good things to say about the Honda Civic, and the latest generation, from model year 2016 on, is the best of a very good lot. The car is fun and engaging to drive, and we love the optional 1.5-liter turbo engine. We also gave the naturally-aspirated 2.0-liter thumbs up, and it does keep the price down. Tech is thoroughly modern.

Previous gen Civics topped the “best buy” recommendation lists year after year. Build quality is exceptional and economy is excellent. We love the smoothness of the powertrain and ride. 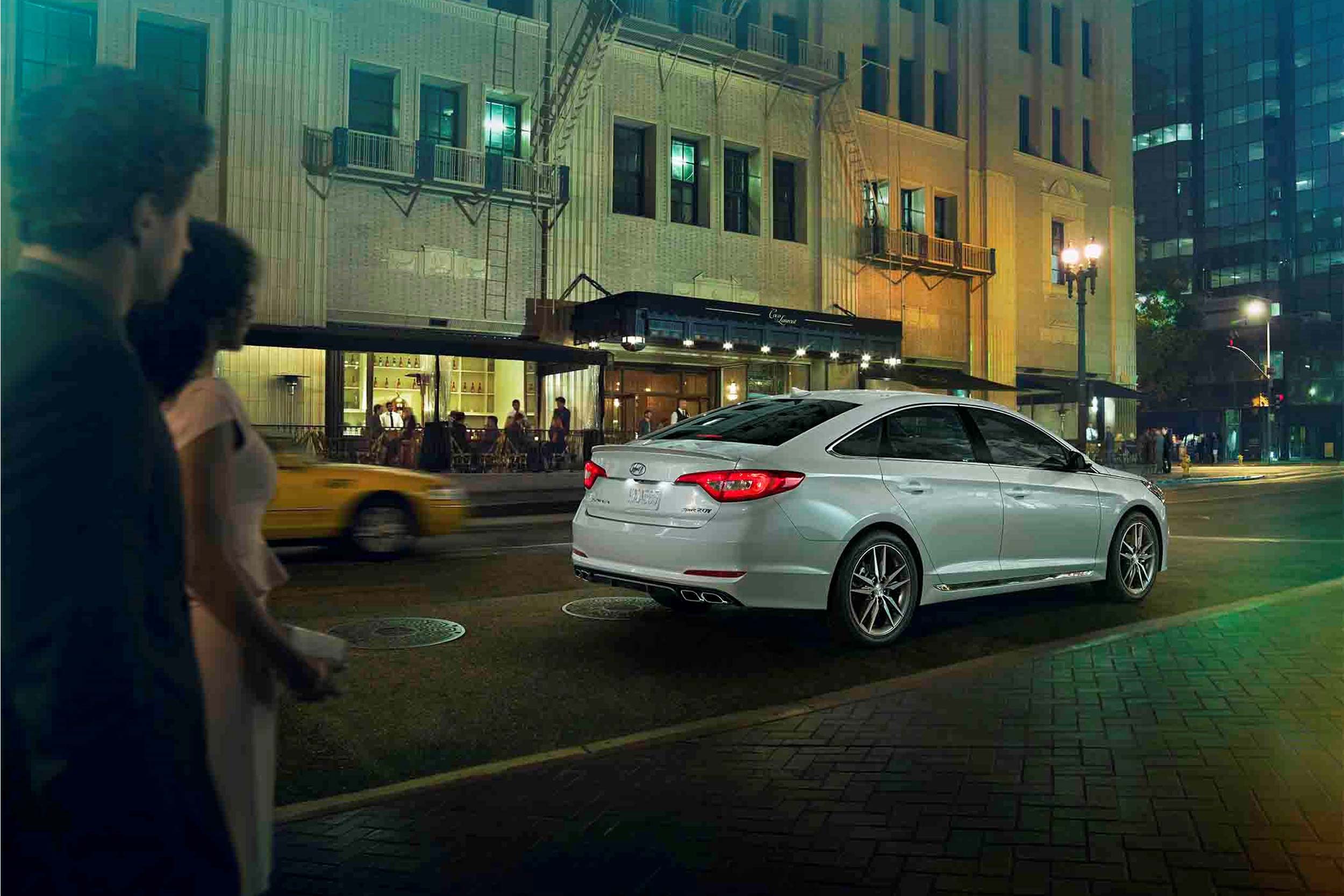 The Sonata has been a leader in the value mid-size car segment for years. Buyers appreciate the blend of features, standard equipment, and spacious interior. Reliability is above average.

The latest generation, from 2015 on, comes with a wide variety of engines, from the economy-focused 178-horsepower four-cylinder up to the 245-horsepower turbo. We especially like the Eco trim level and its unique 1.6-liter turbo that returns to 38 mpg highway.

Earlier models (2013-2014) offer the same high value for money, and offer a bit more power than many of their contemporaries. 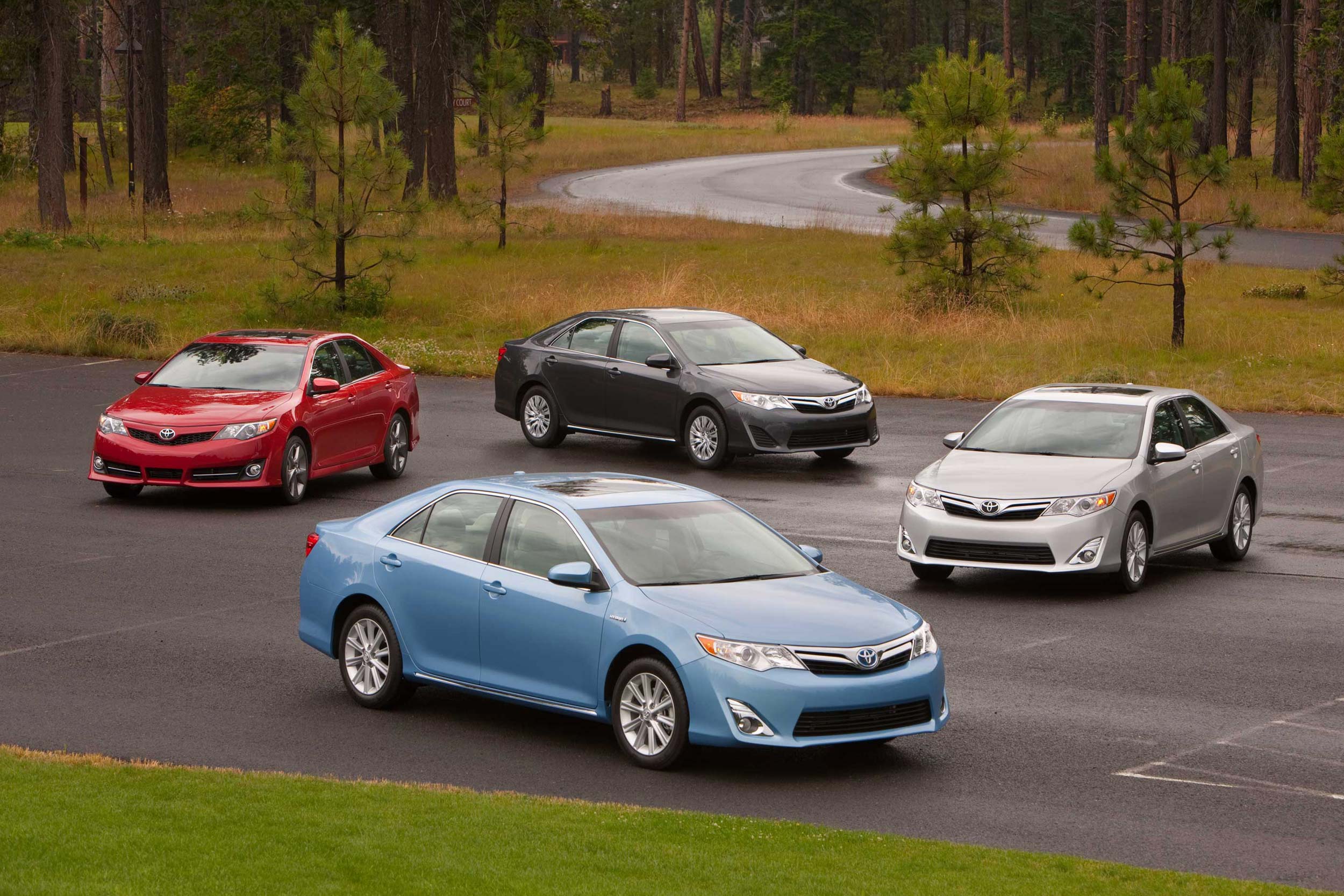 Toyota has made million and millions of Camrys since the model’s introduction in 1983. The sedan is reliable, easy to live with, and incredibly long-loved. 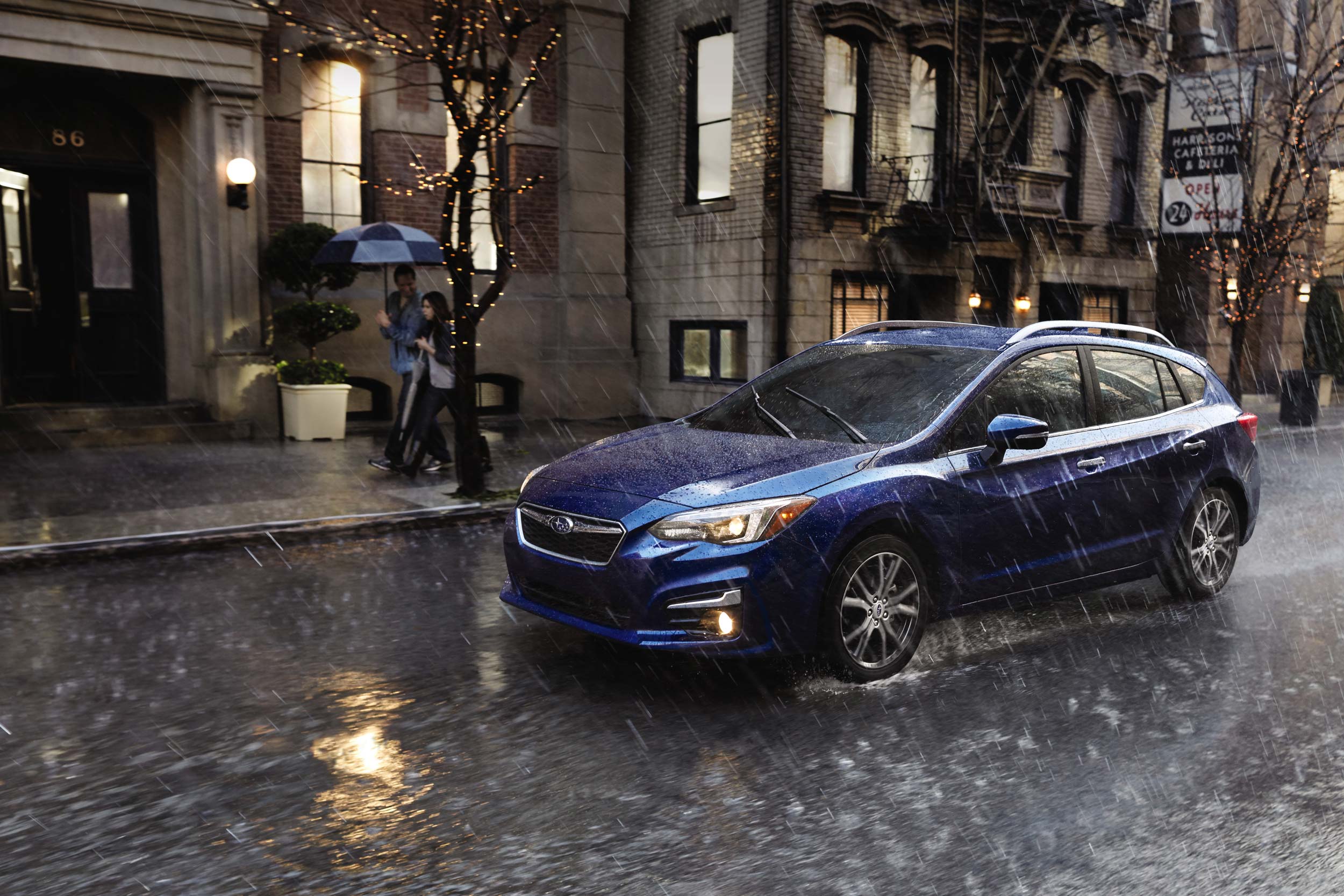 2012-2016 cars were powered by a 2.0-liter four-cylinder engine with 148 horsepower, with a manual transmission as standard equipment and an automatic optional. Cost of ownership is remarkably low.

The Impreza was redesigned for 2017 and horsepower was upped to 152, good for up to 38 mpg. A continuously-variable transmission is the only automatic option, but features a “manual mode” that allows the driver to select from seven preset ratios. Automatic braking and a reverse camera were added. 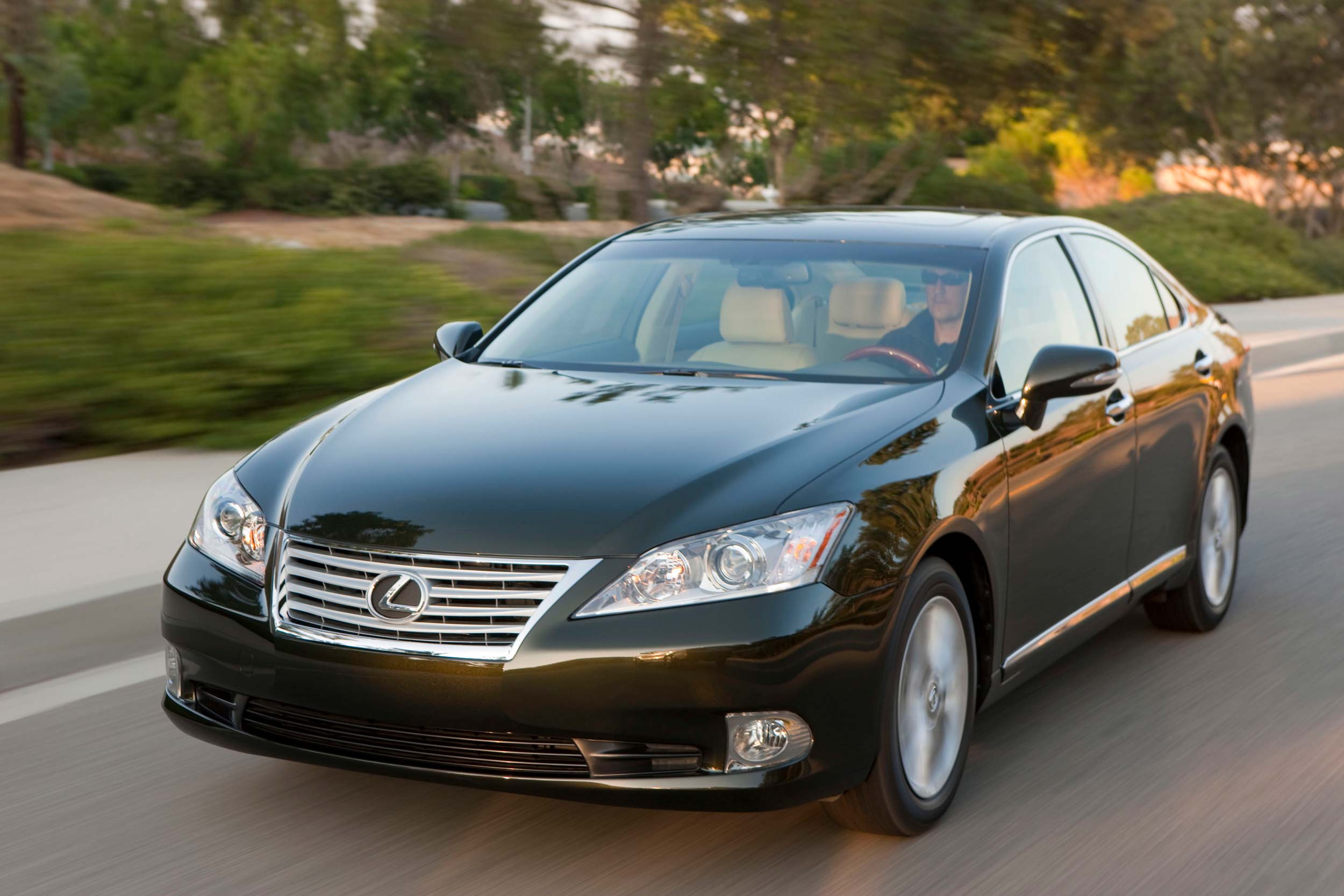 The Lexus ES delivers the elegant ride and impeccable build quality of a big luxury car in a smaller and more affordable package. A powerful 3.5-liter V6 up front is mated to a smooth six-speed automatic; the combo returns decent fuel economy across the model years.

The cabin is a effortless place to spend time, quiet and comfortable. Materials are definitely a cut above, and amenities are thoughtful. 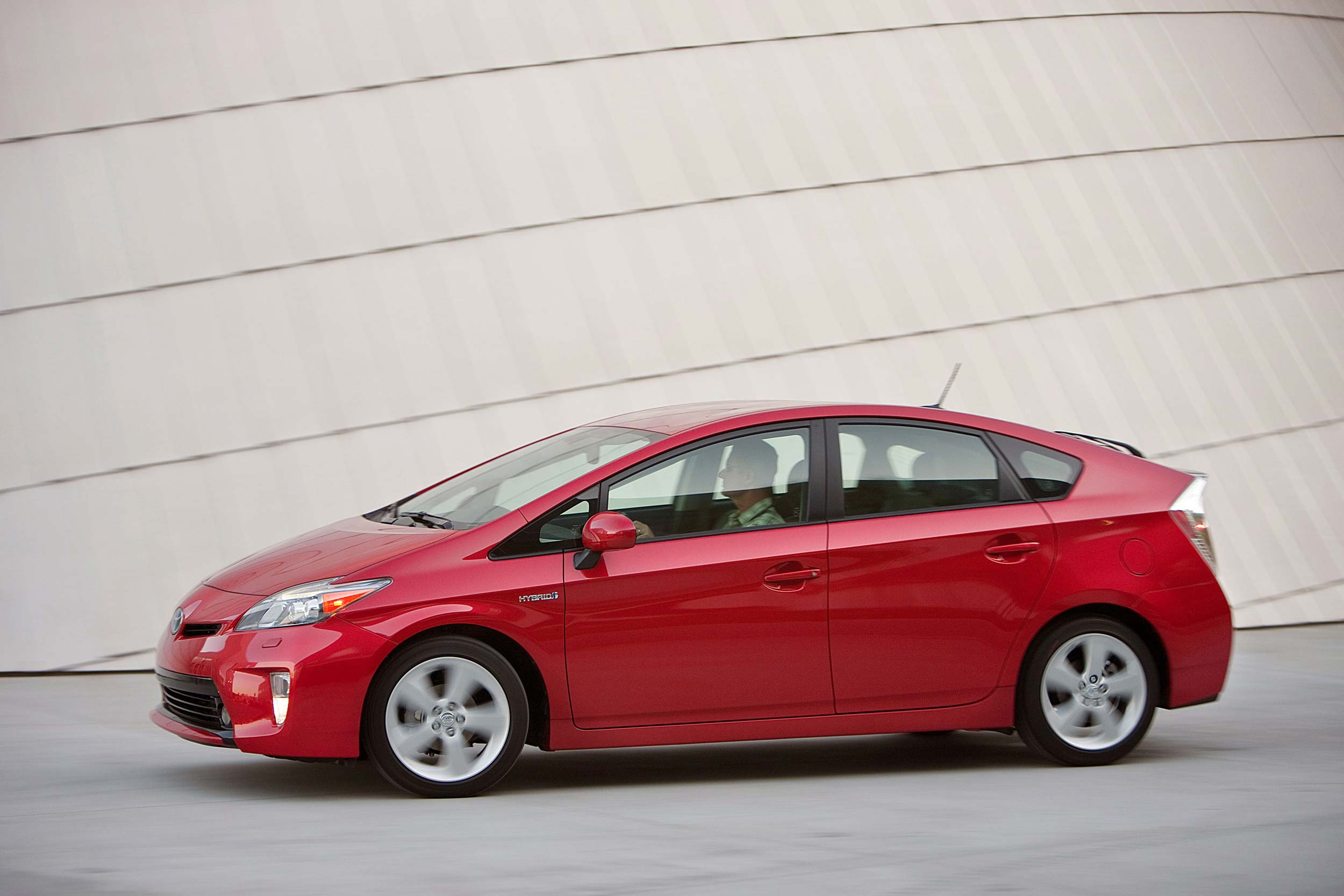 The Toyota Prius is one of our favorite city cars. It small and maneuverable, yet large enough for shopping trips to the big box store, runs to football practice, and even comfortable long distance cruising.

The stop/start powertrain works seamlessly and provides excellent zip off the line. In city or suburban use, a tank of fuel lasts seemingly forever.

Reliability is excellent and the Prius enjoys some of the lowest operating costs of any car on sale today, hybrid or otherwise. 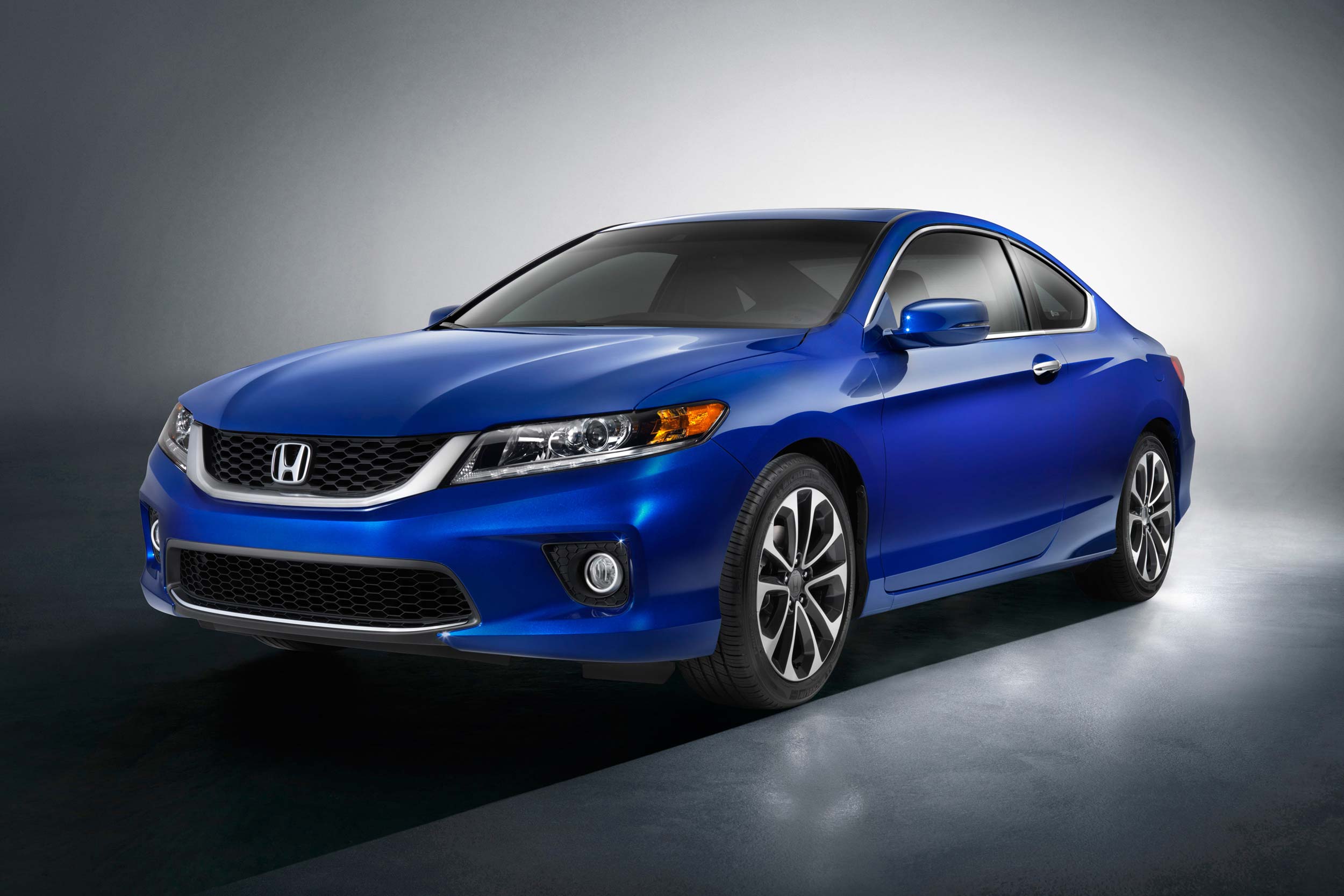 The mid-size Honda Accord offers a spacious interior, genial handling, and a choice of frugal four- or powerful six-cylinder engines. Legroom is legendary in the class, even in the rear.

The Accord was redesigned for 2013. Four-cylinder models were paired with a continuously-variable transmission, boosting gas mileage, while six-cylinder models retained a conventional automatic. 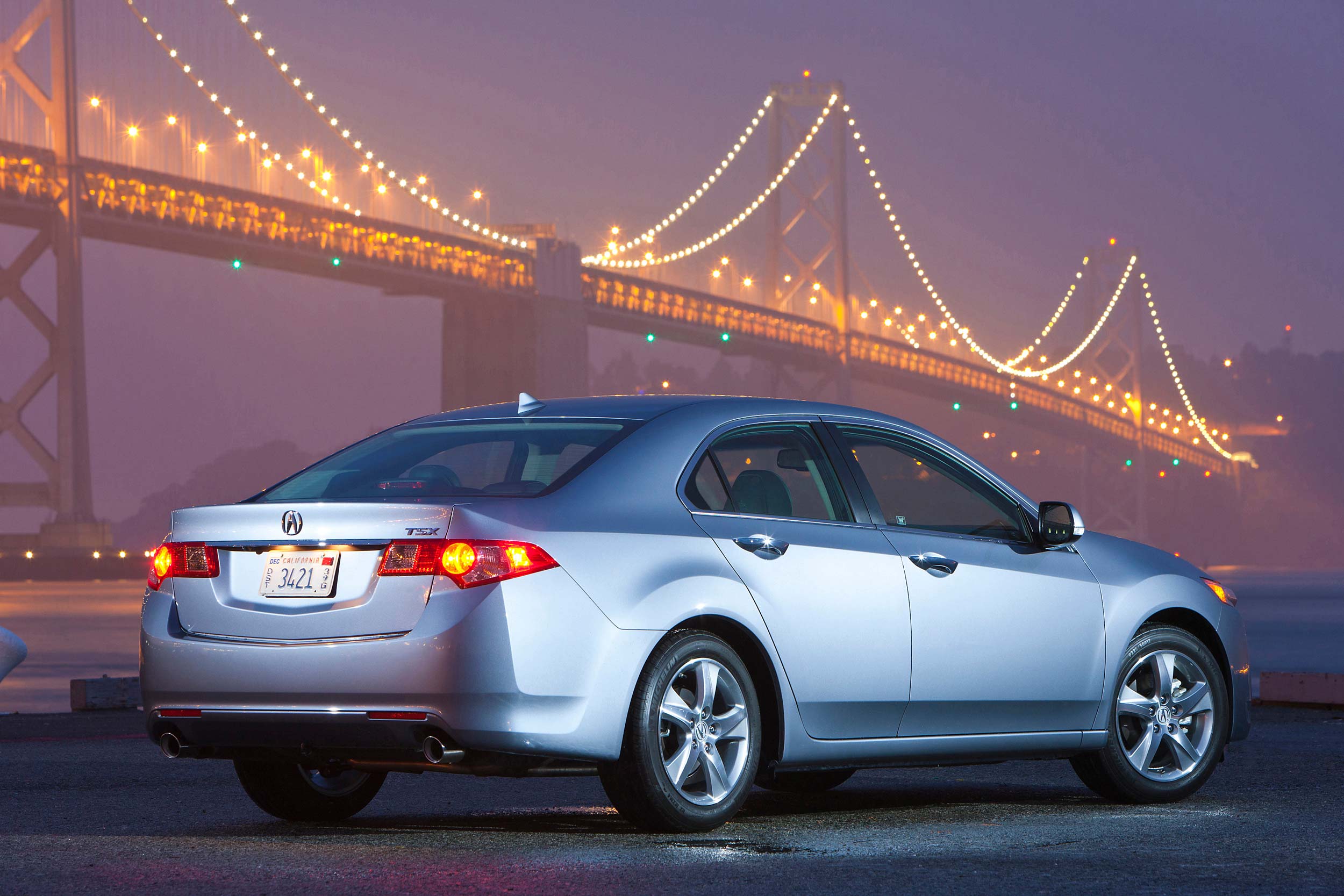 Buyers searching for an affordable blend of sporty and luxurious need look no further than the Acura TSX. The handling is crisp across the selected model years, interior materials and build quality are quite good, and the powertrain offers enough pep to be interesting while still being easy of fuel. 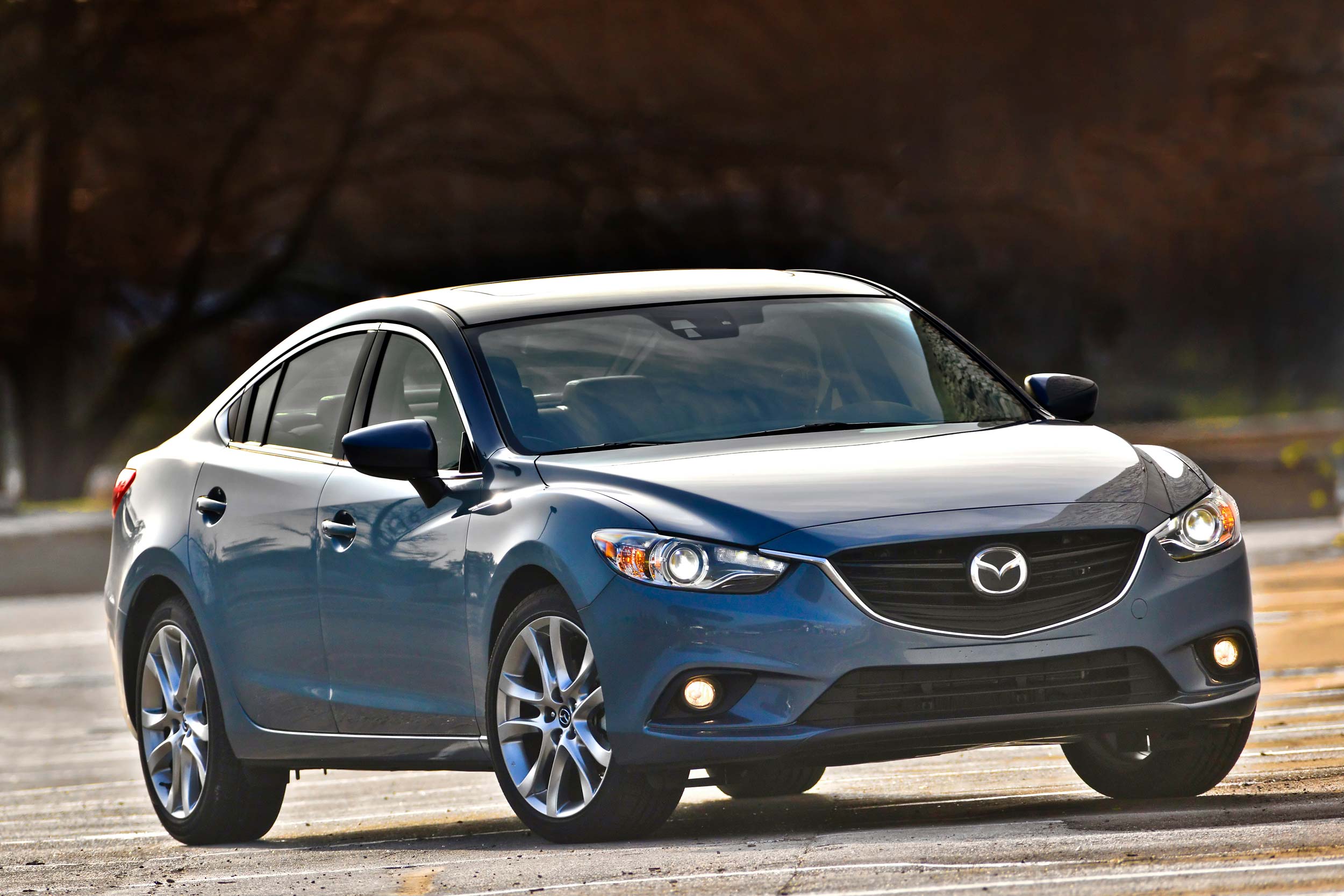 LIke its Mazda3 sibling, the Mazda6 midsize sedan is a joy to drive across multiple generations. The interior offers excellent fit and finish and plenty of room for both front and rear seat passengers.

Reliability has been above average. 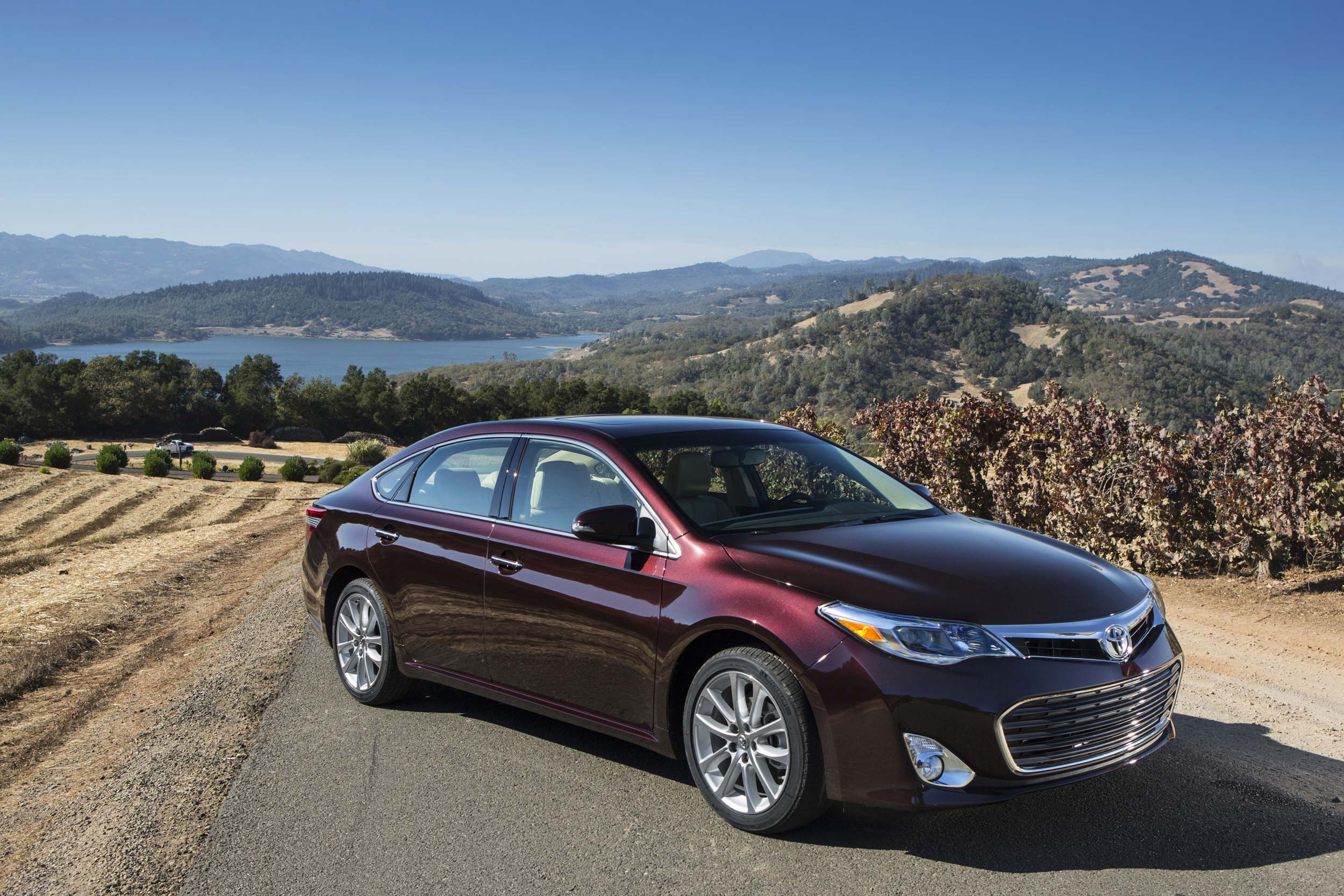 The Avalon is Toyota’s full-size entry into the sedan category. It’s near-luxury appointments, stellar reputation for reliability, and powerful V6 have made it a favorite in “best buy” lists.

2008-2012 models have ample interior room and excellent visibility. Rear seats recline, a rare feature for the time. The ride quality is smooth.

2013 brought a sporty redesign and added a slight edge to the handling. Leather became standard across the range and a hybrid model was added to the lineup.