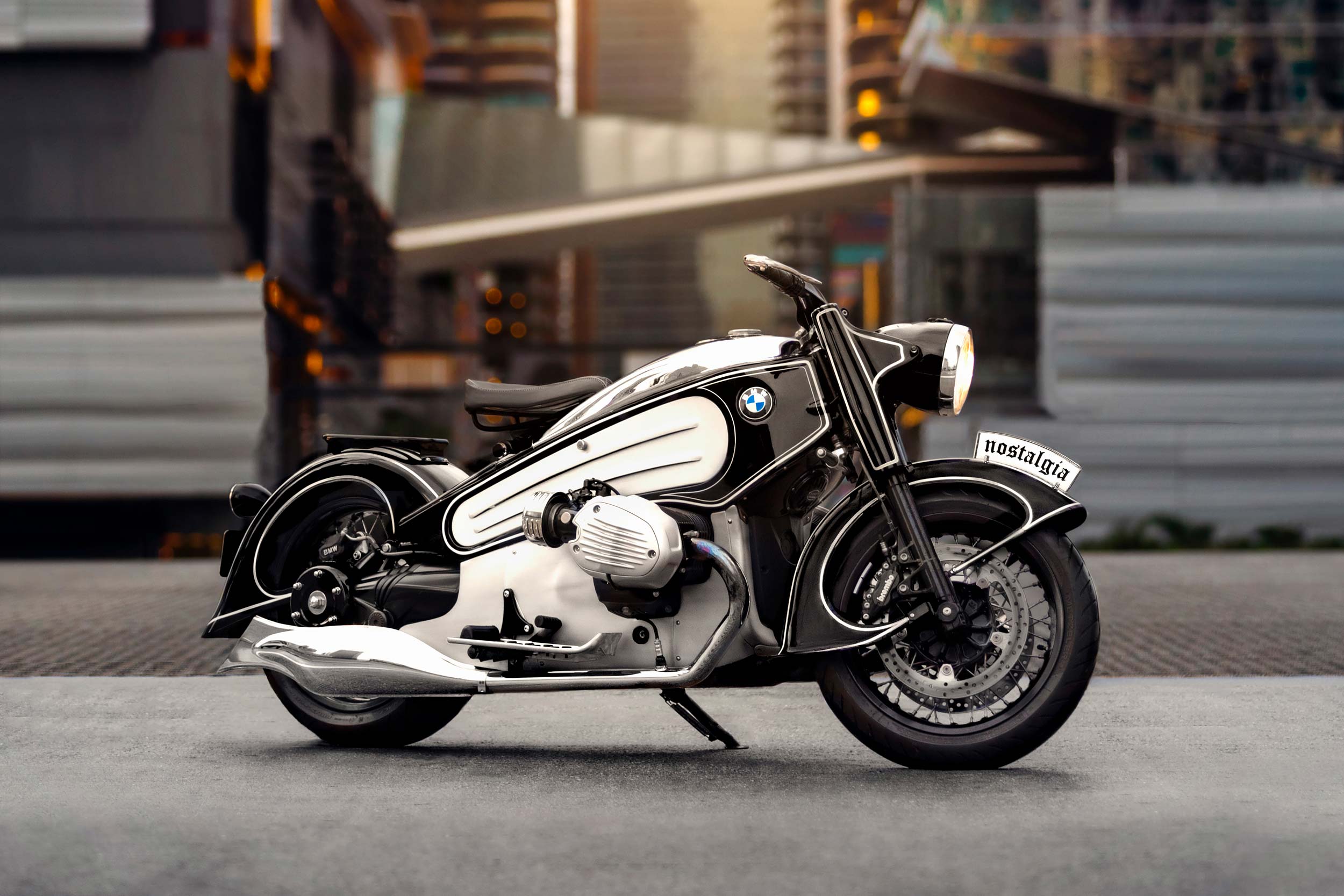 The discovery and restoration of BMW’s legendary 1934 R7 thrilled fans all over the world, but when Alex Niznik saw the Art Deco masterpiece unveiled at Pebble Beach in 2012, he was touched by the divine.

“Being so close to a piece of history which never reached its full potential gave me direction,” said Niznik. “I founded Nmoto and began developing the Nostalgia Project to capture that same innovation and breathe new life into a vintage design.” 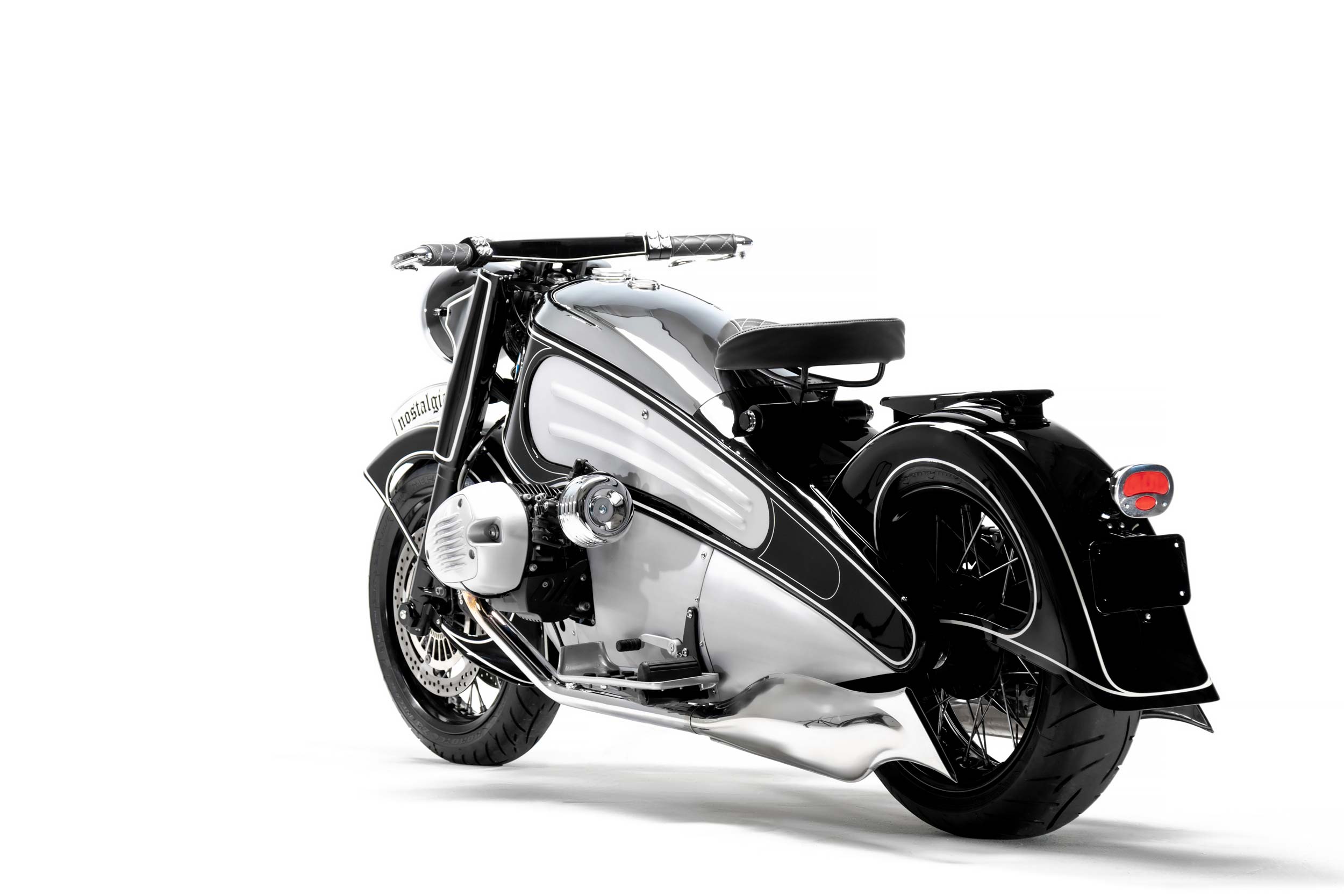 The original R7 is one of a kind, a prototype designed using principles of symmetry, geometric shapes, and exquisite materials. It was conceived in 1933 and embraced the streamlining of the era, with engine and gearbox innovations that wouldn’t enter production until the 1950s.

The finished product fell prey to factory politics and was shelved immediately, appearing only once in a magazine in 1936. The bike was dismantled and stored in a basement, where it remained until being handed over to the restoration team in 2005.

The R7 on display at Pebble Beach was roadworthy, but also priceless. Like so many classic bikes, its real value is in its collectibility, not its utility.

With the Nostalgia Project, Niznik and a team of craftspeople led by seasoned designer Stanislav Pavlov wanted to create a bike that was more than just a collector piece, but one meant to be ridden and enjoyed on a daily basis. 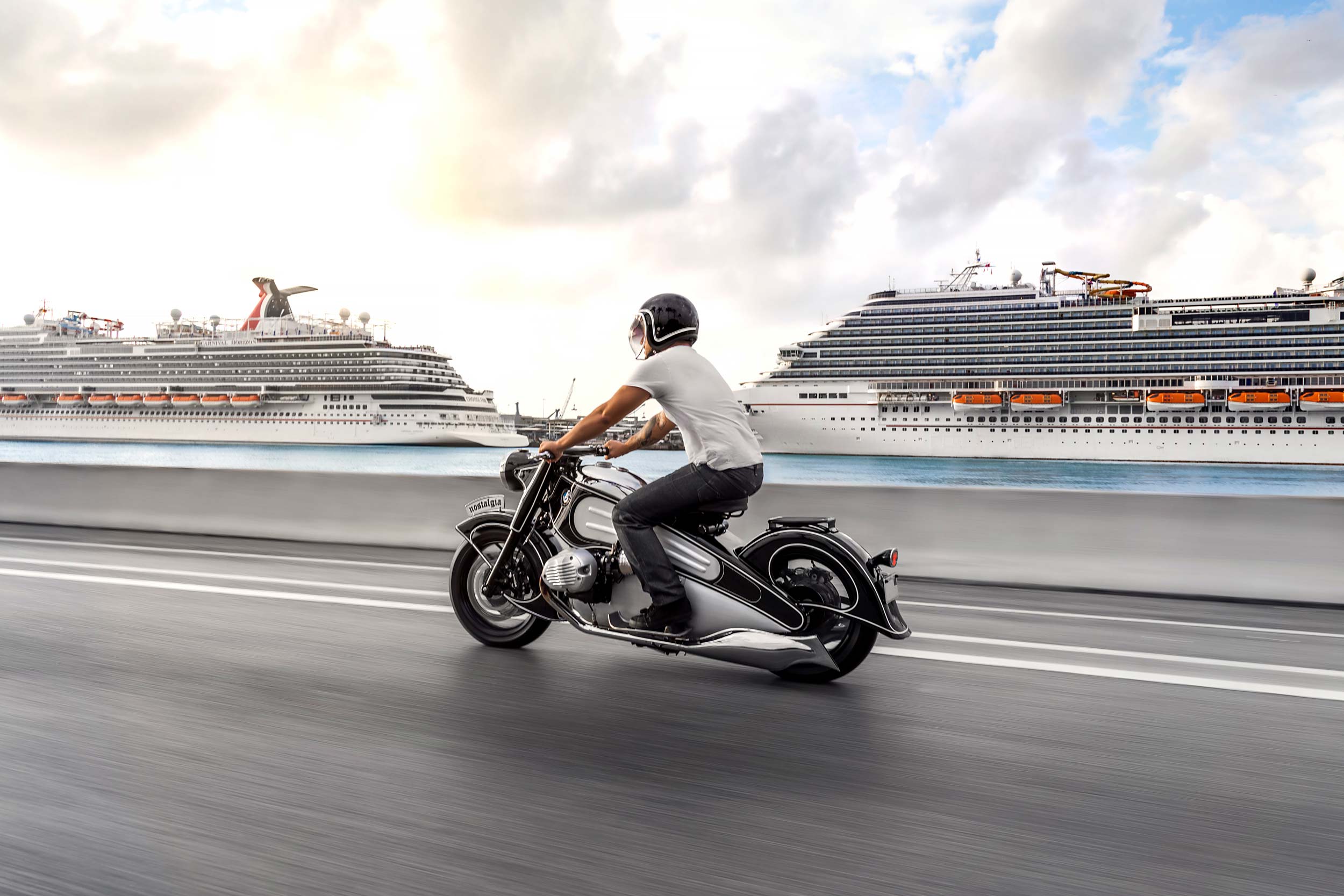 “In creating the Nostalgia motorcycle, we wanted to do things right,” said Niznik. “Our goal was to develop a bike that combined vintage aesthetics with modern technology. 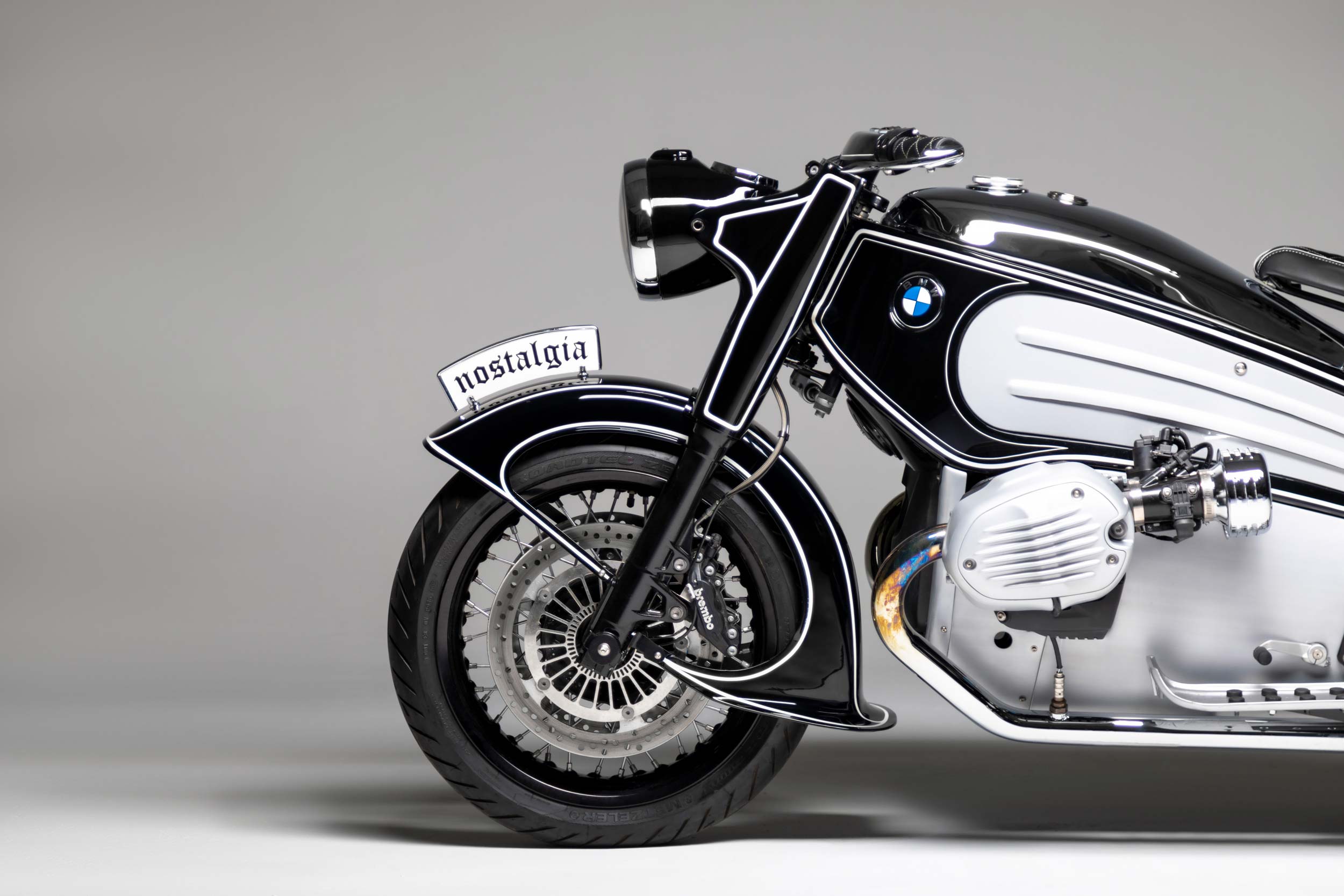 The build begins with a modern BMW R nineT, a factory homage to heritage motorcycling itself with an air-cooled 900cc twin engine and stipped-down appearance. Nmoto outfits this foundation with 96 handcrafted pieces constructed primarily of aircraft-grade aluminum, with 11 parts from reputable aftermarket suppliers.

The finished bike is lighter than either a stock R nineT or the original 1934 prototype, and combines Art Deco beauty with contemporary performance and reliability. Nmoto believes the primary pleasure in motorcycle ownership is in riding, and the Nostalgia motorcycle gives enthusiasts a slice of the past without sacrificing performance or rider experience. 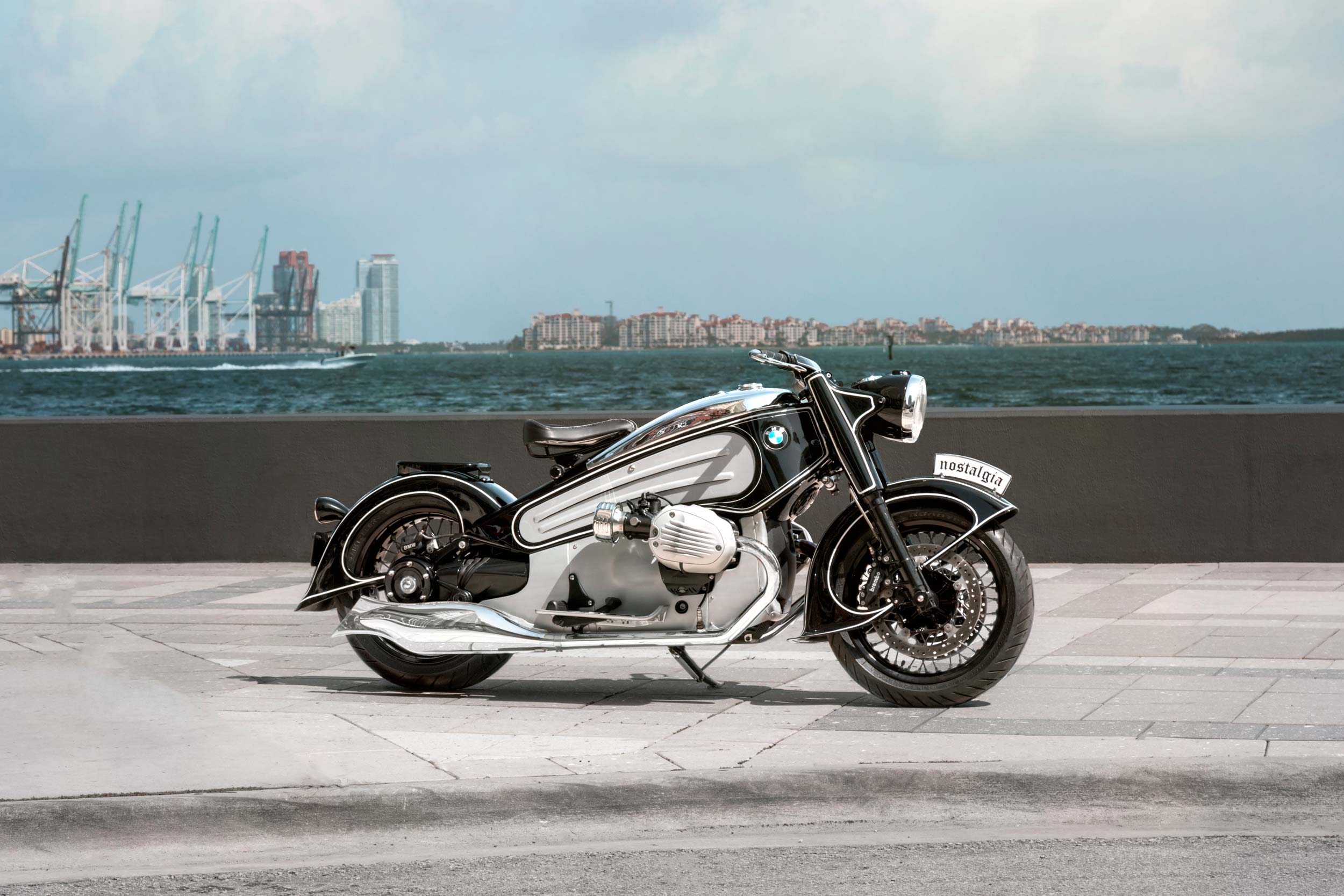 The Nostalgia debuted at the New York International Motorcycle Show in December. “We had a lot of interest from the public and the media, a lot of positive feedback,” said Niznik.

Limited production has begun with a base price of $49,500. The hardest part for most buyers will be the expected wait time of 3-6 months. 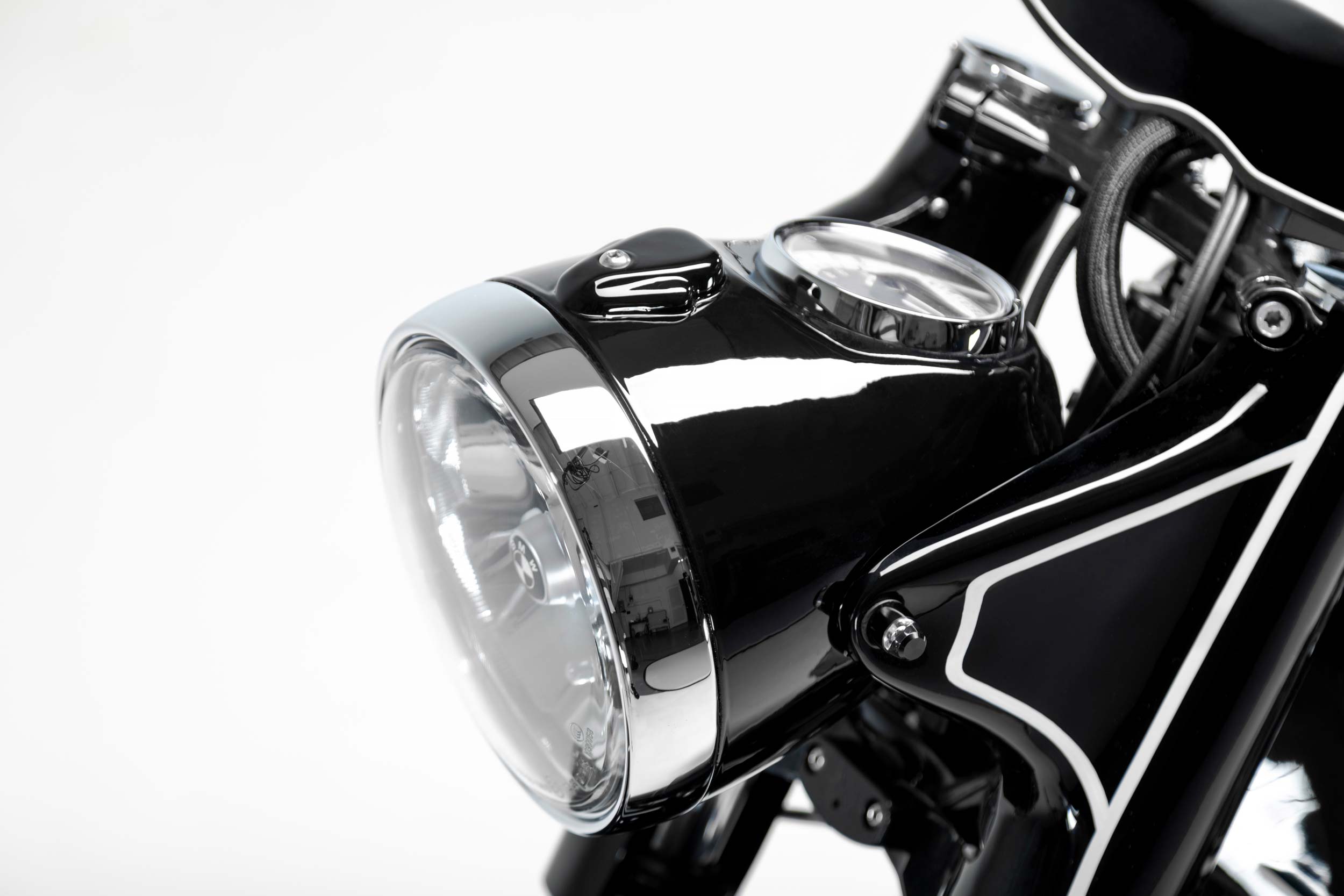