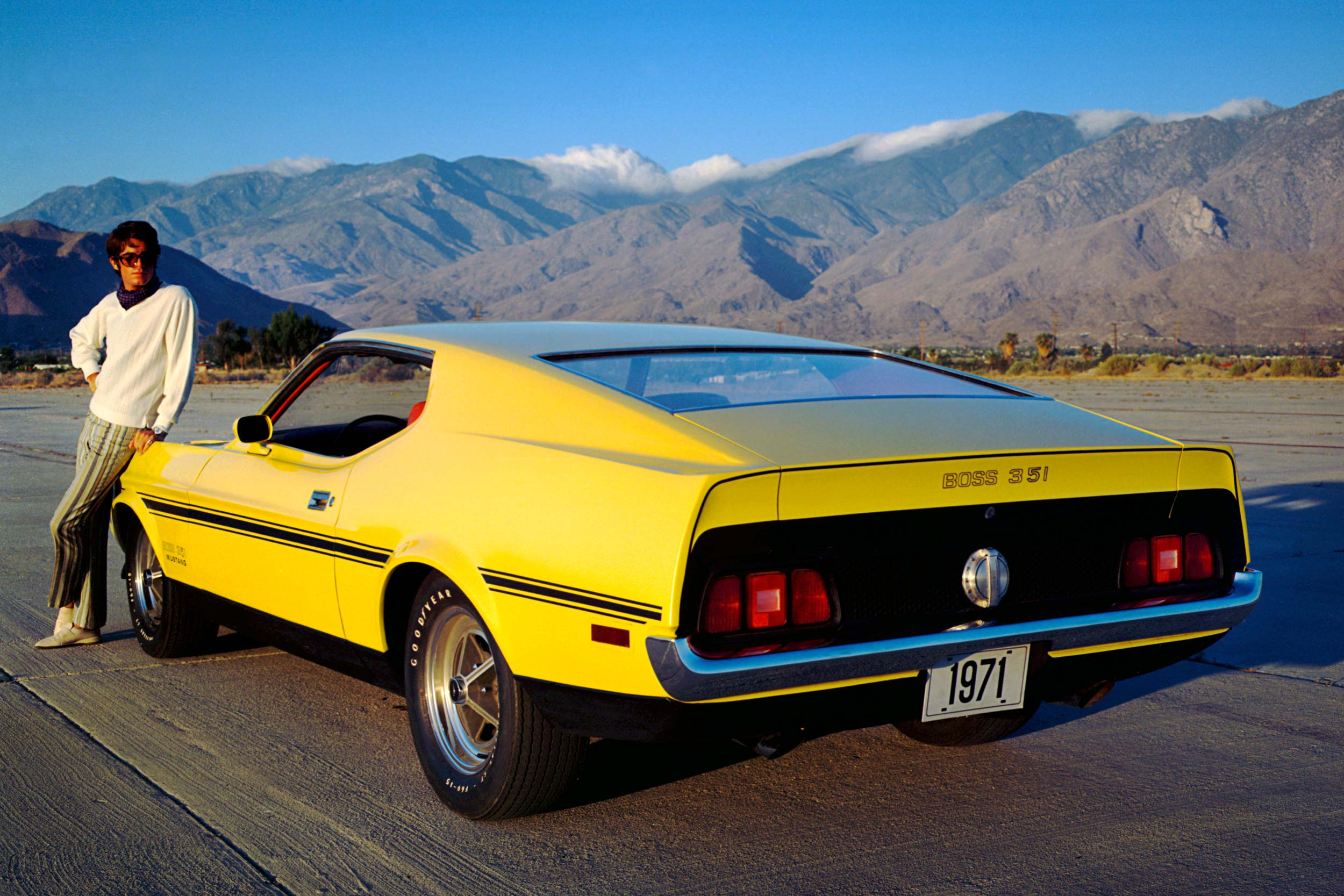 America did not invent the automobile, but no other culture on earth has so completely defined it.  Americans invented new ways for vehicles to be built and sold. Wide open highways demanded the power of V8 engines. Vast distances demanded rock and roll and car radios so we wouldn’t get bored traversing them.

Every passing year and decade brought new models. Some cars had one spectacular year, while others debuted as stars and remain so to this day.

These standout vehicles are more than just cars; they are American icons, like Levi’s or Marilyn Monroe. They are the best of us and our culture. They continue to stand the test of time, and continue to define us.

These are the most American cars of all time. 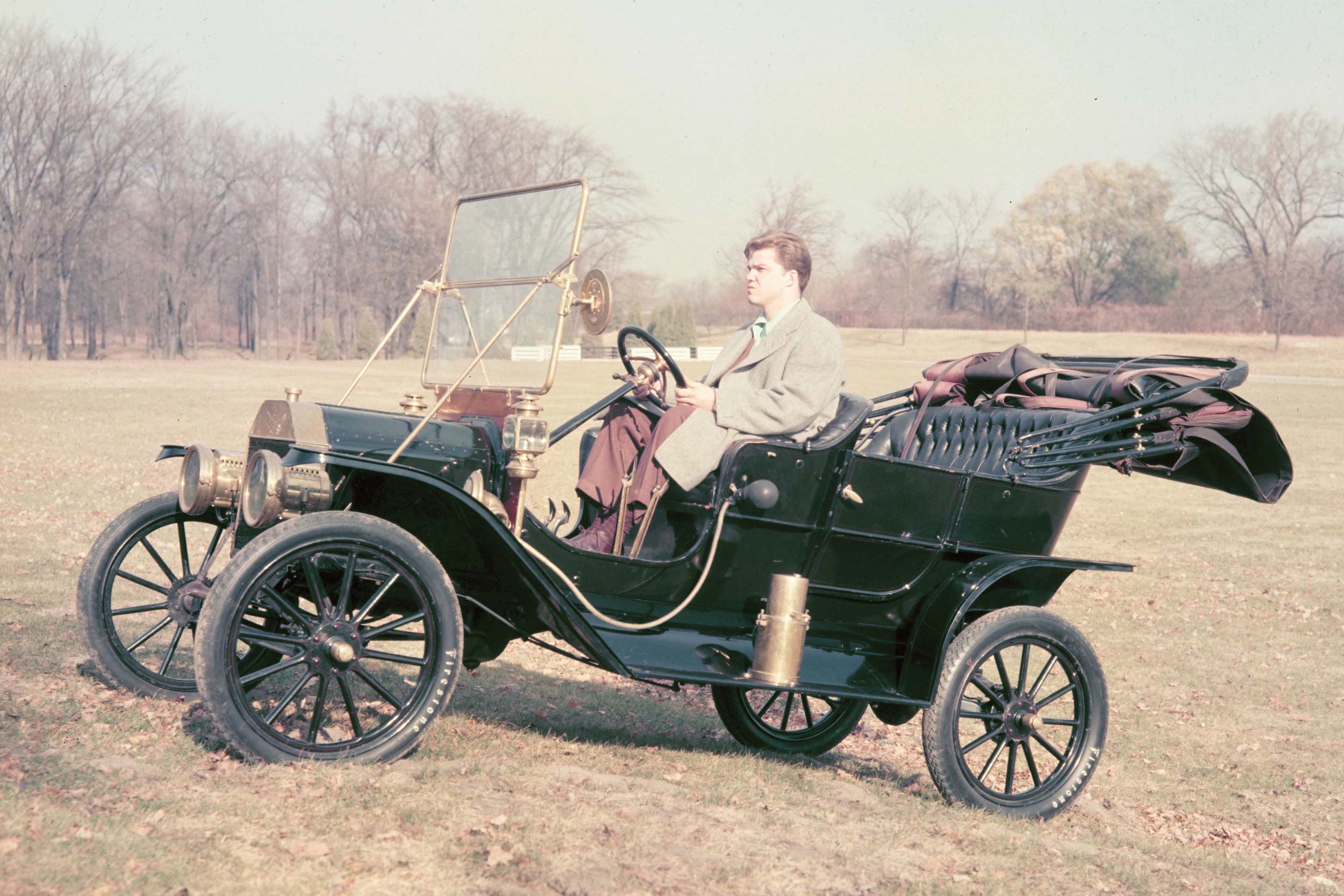 There can be no list of great American cars without the Model T. At a time when cars were only owned by a wealthy few, Henry Ford set out to put the whole world behind the wheel, and succeeded mightily. Over 15 million examples were made from 1908 to 1927, and even 90 years after production ceased, the T still holds the title of 8th best-selling car of all time.

Over 50,000 examples of the Tin Lizzie are still on the road today. 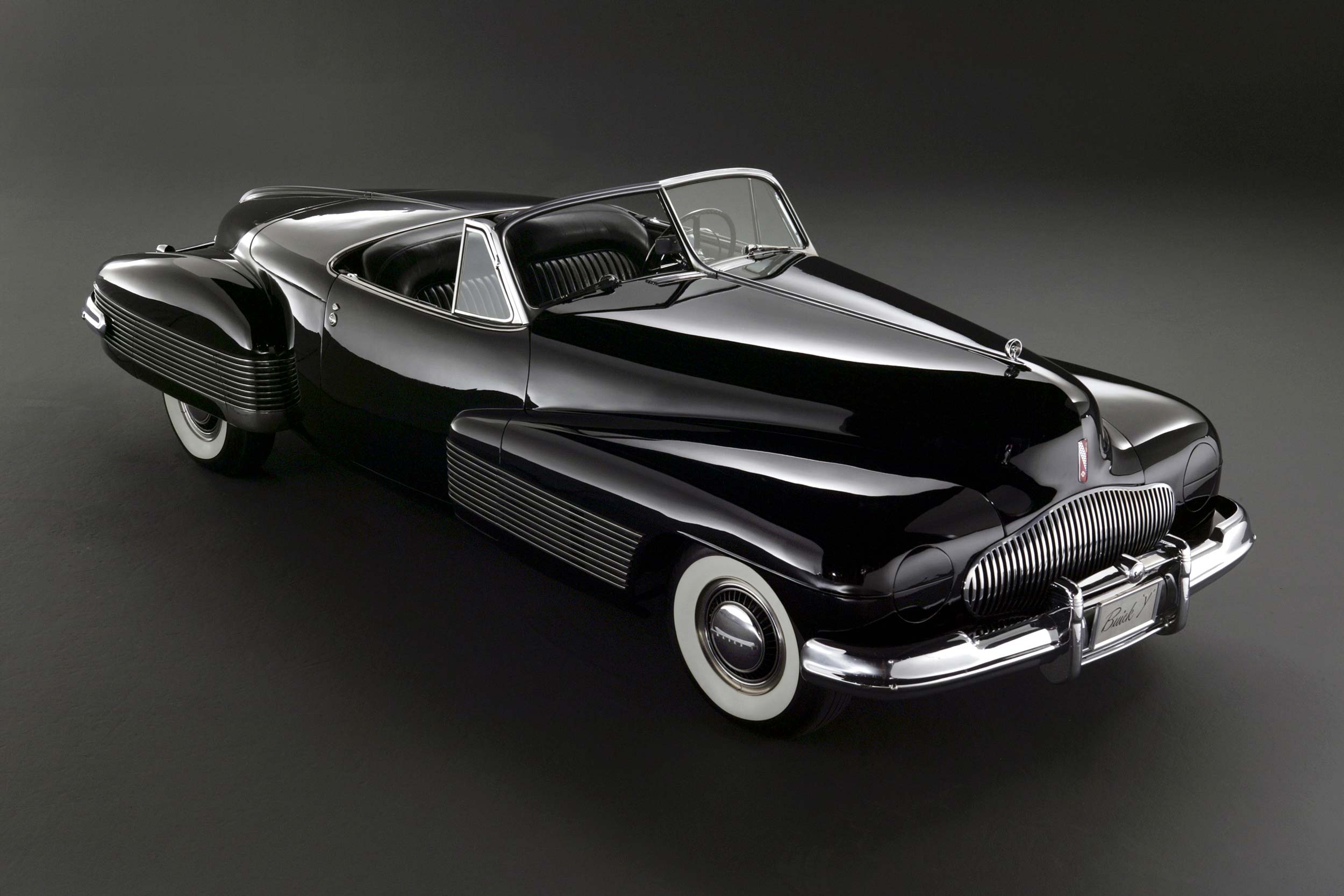 Famed designed Harley Earl developed the Y-Job, the world’s first concept car and a landmark of automotive design. This “Car of the Future” was created to measure public response to its innovative styling and modern features. Power windows, disappearing headlights, flush door handles, and a concealed convertible top all made their debut here. 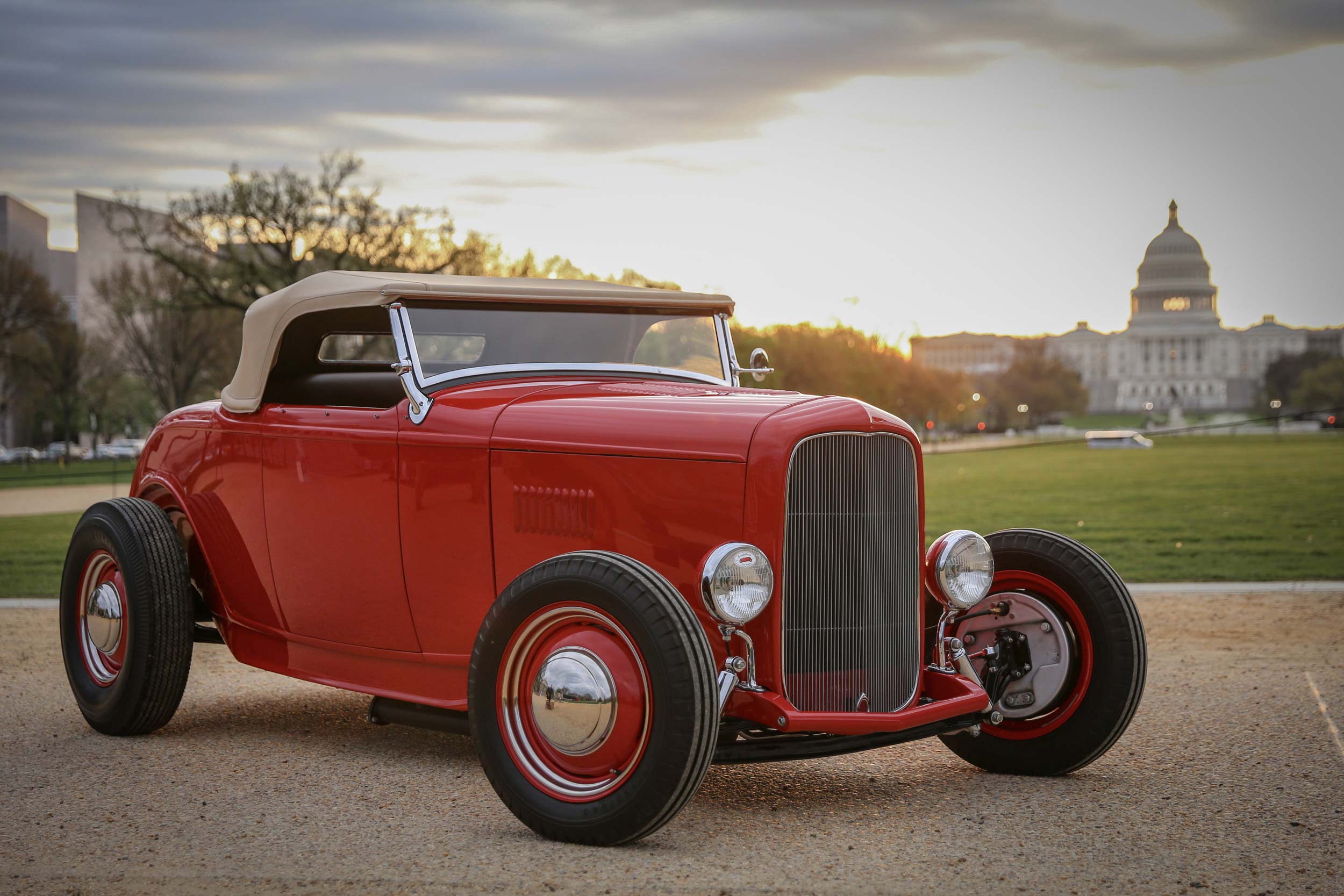 The “Little Deuce Coupe” of hot rodding legend was famous for one reason: Ford’s flathead V8. Henry longed to put affordable V8 power under the right toe of the nation and had a direct role in the engine’s development. Use of a single casting meant that the unit could be cheaply mass-produced. It was lighter, more powerful, and less expensive than competing engines, and Ford sold more V8 cars than all other competitors combined over the next 21 years. 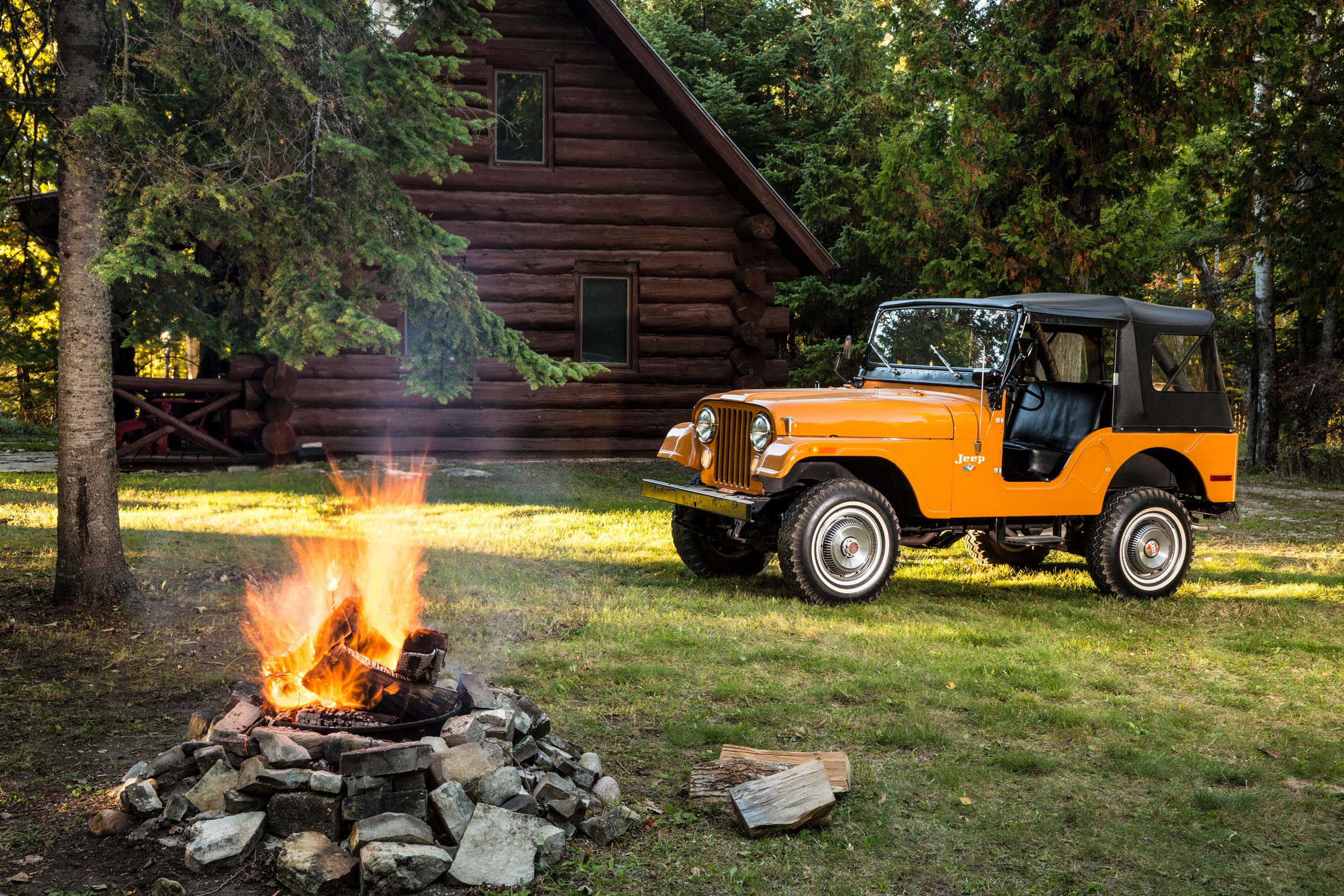 Today’s Jeep Wrangler is the direct descendant of the Willys MB, the first production Jeep manufactured for WWII. Reporter Ernie Pyle said of the MB, “It did everything. It went everywhere. Was a faithful as a dog, as strong as a mule, and as agile as a goat. It constantly carried twice what it was designed for and still kept going.” Over 640,000 examples were built for wartime use.

Peace brought the CJ-2 for civilian use, then later the CJ-3, CJ-5, CJ-7, and so on through the years until the Wrangler of today. No matter the year or model, however, Jeeps exemplify ruggedness, adventure, and wide open spaces. Basically, everything we love about America. 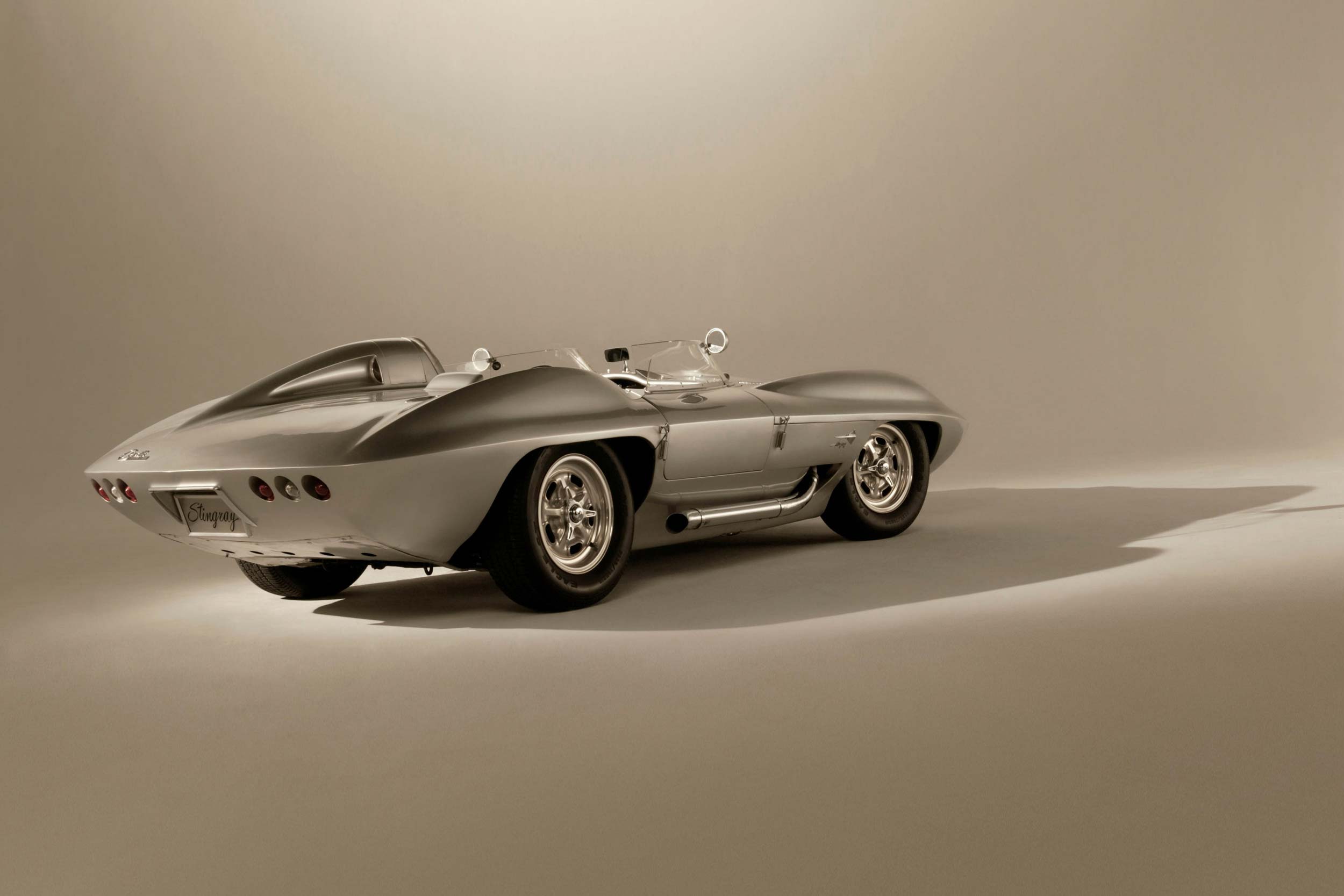 The crowd went wild in 1953 when Chevrolet debuted the Corvette concept at the Waldorf Astoria Hotel in New York. The sleek roadster was inspired by lightweight European sports cars, and Chevy began production in June of that year.

Since then, the Corvette has been the quintessential American sports car, from the brutally powerful Sting Rays of the late 1960s to the mid-engined technological marvel rumored to be unveiled later this year. It has won races all over the world, garnering a well-earned global fan base. 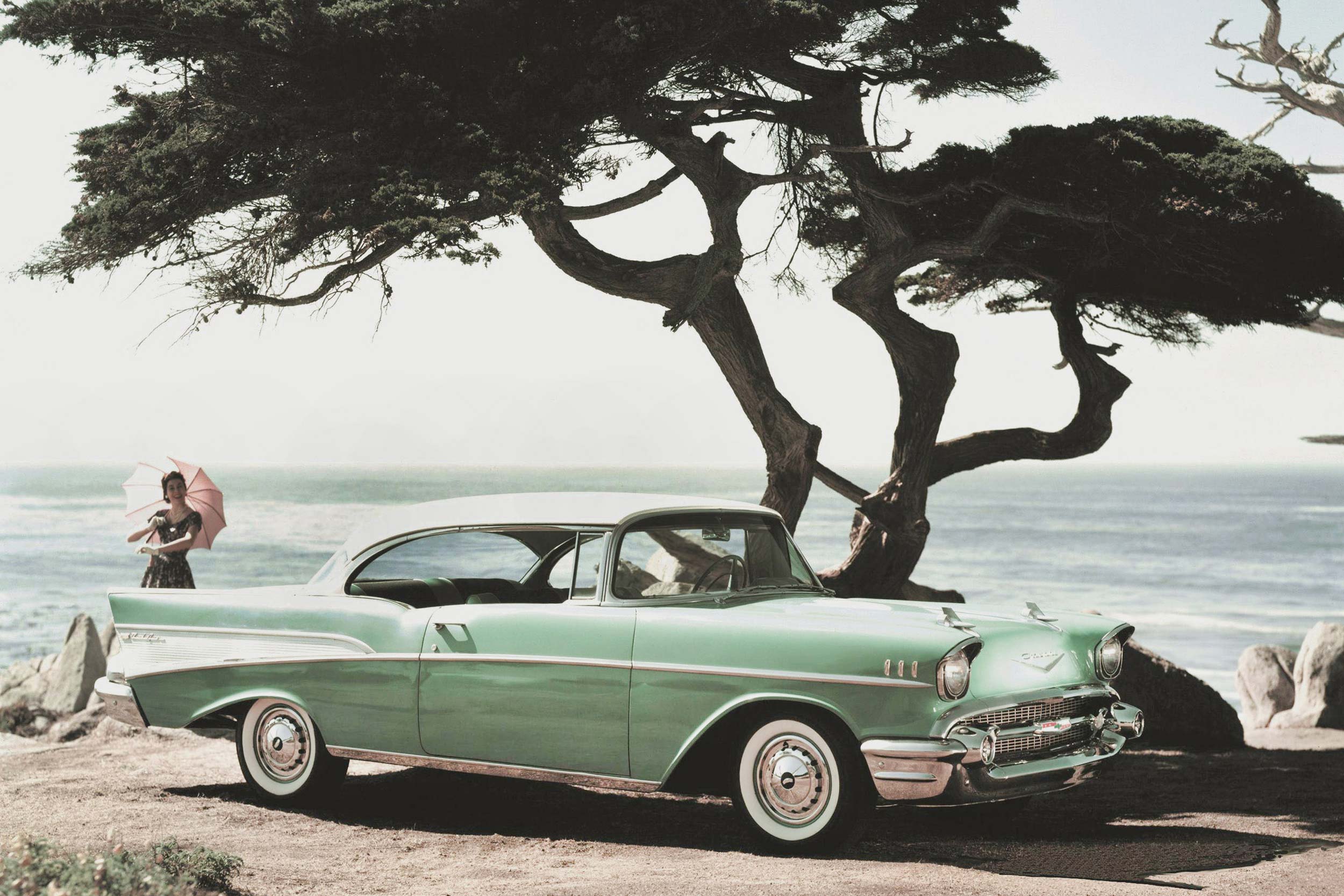 Historians, philosophers, nor social scientists can firmly put their fingers on why the 1957 Chevy Bel Air is the ultimate representation of the Fabulous Fifties. The styling was restrained by the standards of the day, but still had fins, Dagmars, two-tone paint, and gobs of chrome. It looked good for more than just one year.

It was what lived under the hood that made it special, though. New for ‘57 was the 238 cubic-inch V8. It had 185 horsepower when paired with a two-barrel carburetor, but could be ordered with a four-barrel, higher compression, and dual exhaust to create the Super Turbo-Fire 283, rated at 220 horsepower. The engine was affordable and easy to hot rod, making it an early performance icon.

Fuel-injected engines out of the Corvette were also on offer that year, the hottest of which was the Ramjet with 283 horsepower on tap.

So perhaps, historians, philosophers, and social scientists, it wasn’t what the ‘57 Chevy was, but what it could be that made it an icon. 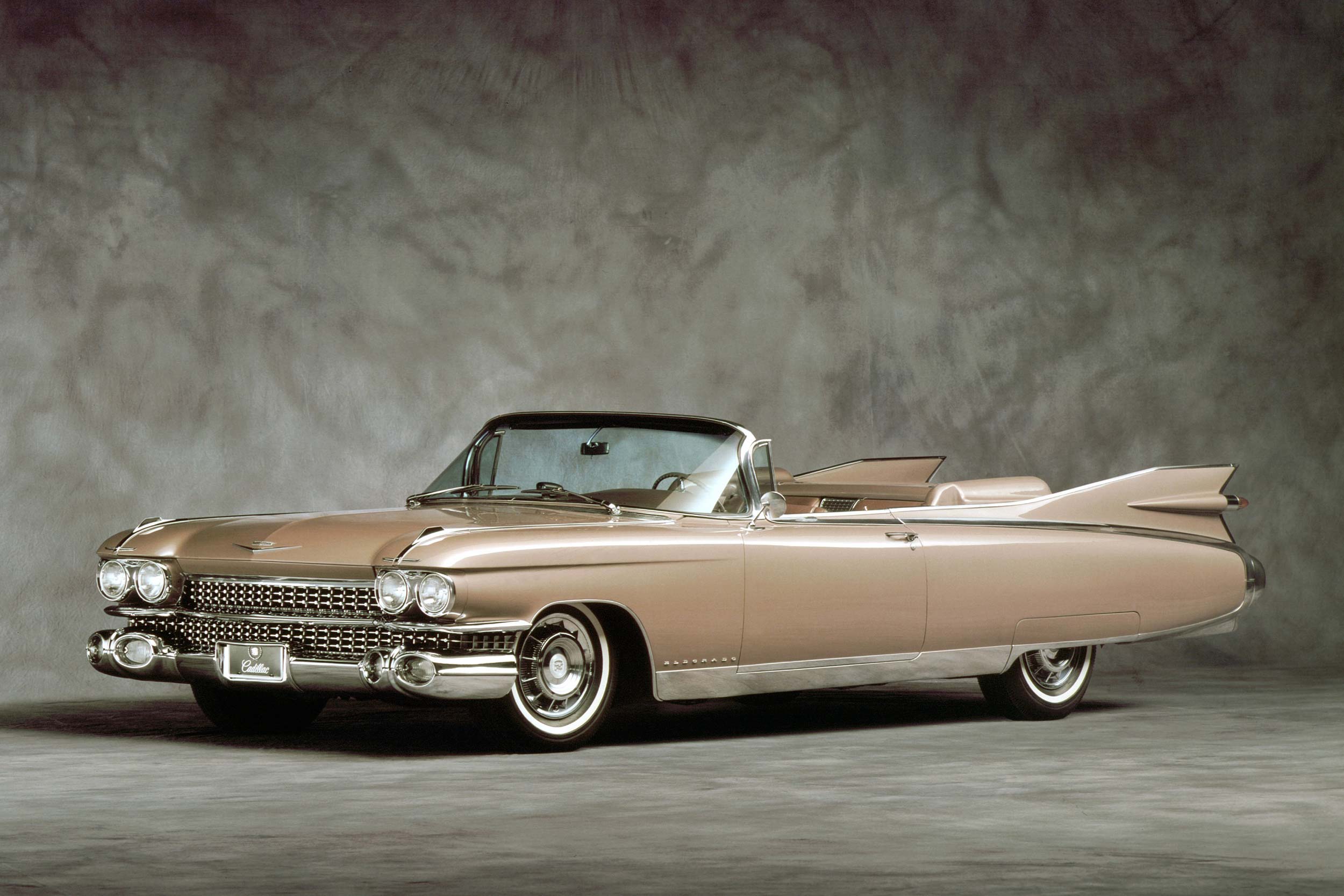 If Bruce Springsteen, Aretha Franklin, the moon landing, and the Constitution all got together in Vegas one night, their love child would be the 1959 Cadillac Eldorado.

Its long and wide Jet Age styling was resplendent with acres of fins, dual headlights, and chrome that could be seen from space. It was more than six yards long and weighed over two-and-a-half tons. Cubic feet of V8 power under the hood would carry it to over 120 mph, absolutely screaming for the day. 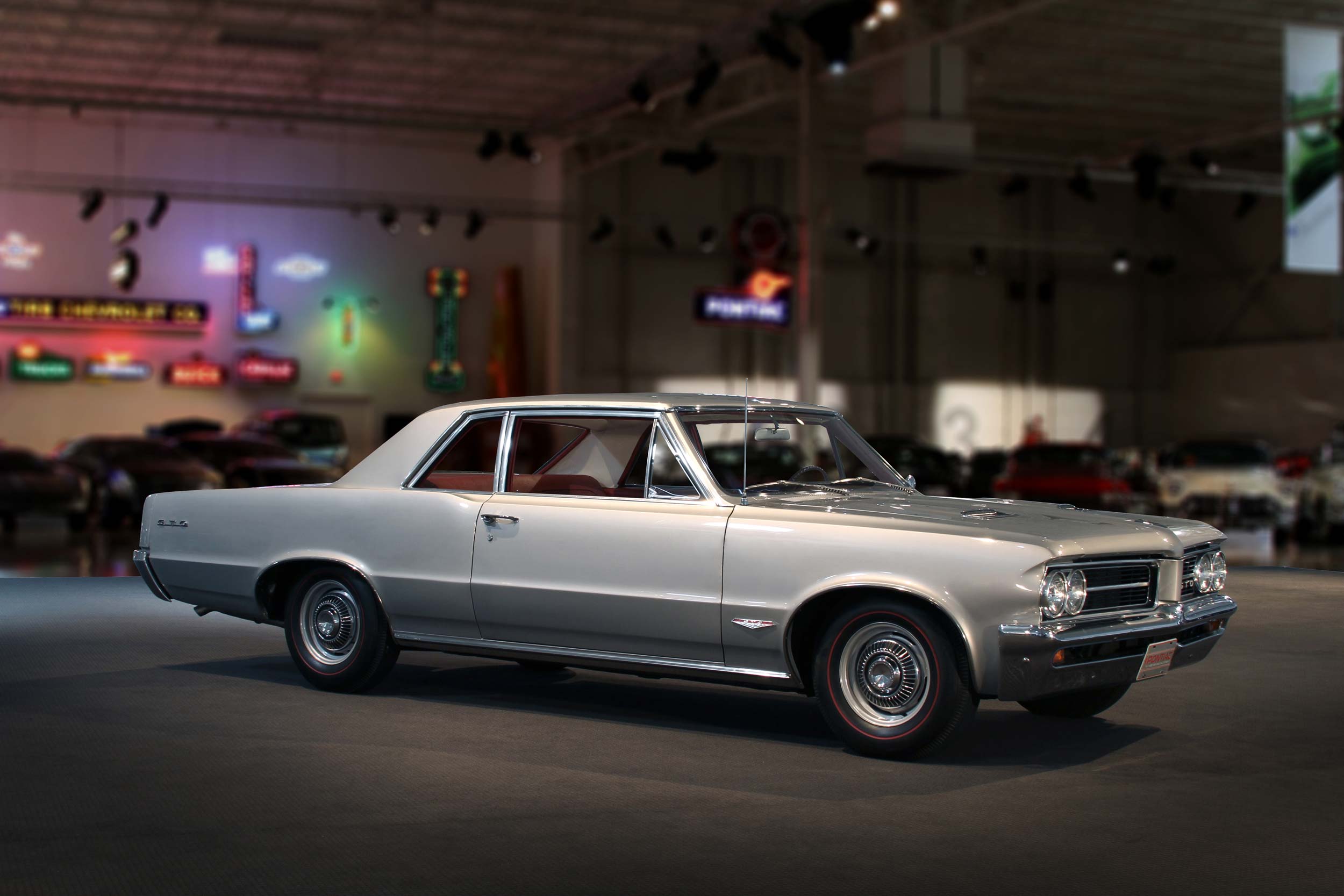 While it looks innocuous enough, the midsize 1964 Pontiac Tempest could be ordered with the 389-cid/6.4-liter engine out of a fullsize Bonneville or Catalina, creating the Pontiac GTO and what is arguably the world’s first true muscle car.

John DeLorean of DeLorean automotive fame had a hand in the vehicle. Stories claim that he is responsible for the “GTO” moniker, which stood for “Grand Tempest Option” rather than “Gran Turismo Omologato,” as found on certain Ferraris of the day.

Car and Driver recorded zero-60 times of 4.6 seconds, making the GTO one of the fastest Pontiacs of all time. 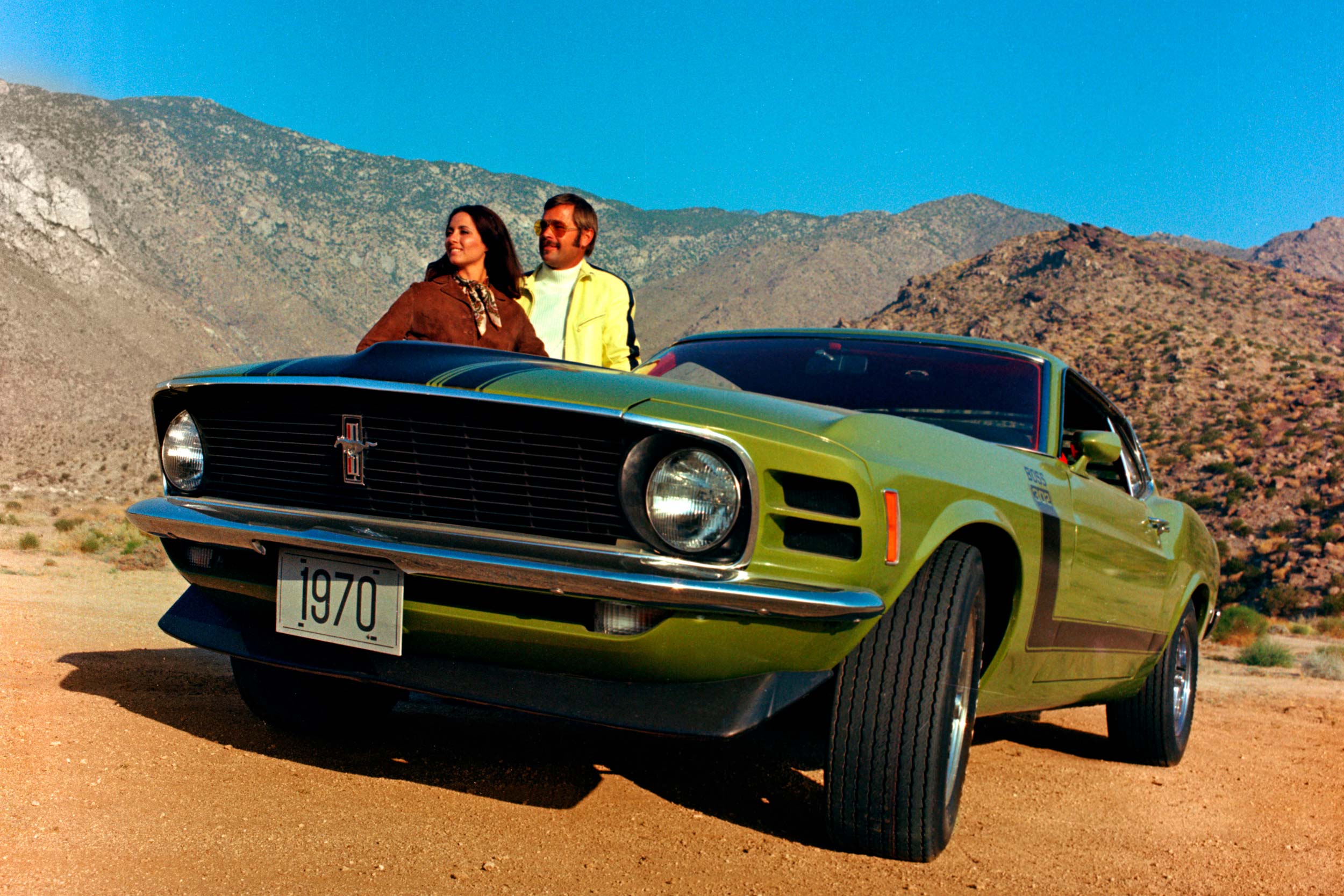 The original pony car was of course, the Ford Mustang. It debuted at the World’s Fair in 1964 and went on sale in April of that year as a 1965 model. It was originally intended to appeal to women, but its modern looks, low price, and aggressively “cool” marketing were universally popular.

Its light weight and available V8 power doused the Mustang in sporty appeal, and the Shelby high-performance variants gave it credibility. Late Sixties models had massive muscle car engines shoved under their hoods, and the Mustang legend was cemented.

Throughout the following decades, the Mustang retained its position as a pop culture icon, but the 2005 debut of retro styling caught the public’s full attention once again.

Today, the Mustang is the best-selling sports coupe on the planet. 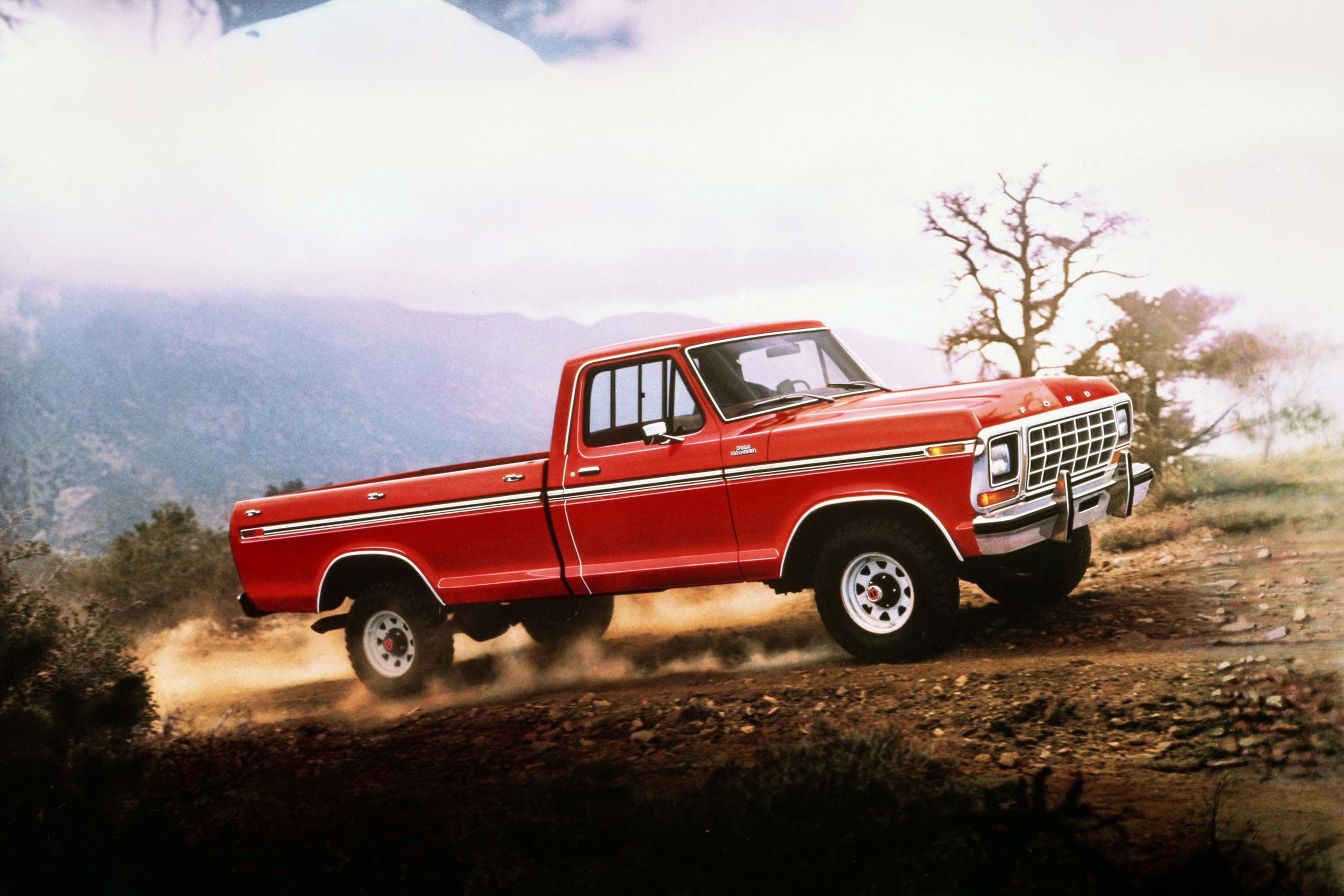 The spiritual successor to the Model T, Ford’s F-150 has been a perennial best-seller since it debuted in 1975 as a F-100 and F-250. The new truck was roomy, comfortable, and easy to live with while still being rugged and capable. Air conditioning and disc brakes were offered, as well the SuperCab.

The latest F-150s are lightweight aluminum and powered by highly-efficient, turbocharged engines. The design was nothing short of revolutionary when it debuted for 2015, and clearly declared Ford’s determination to continue leading the truck world. The weight savings improved handling, gas mileage, and capability, making the truck friendlier than ever. 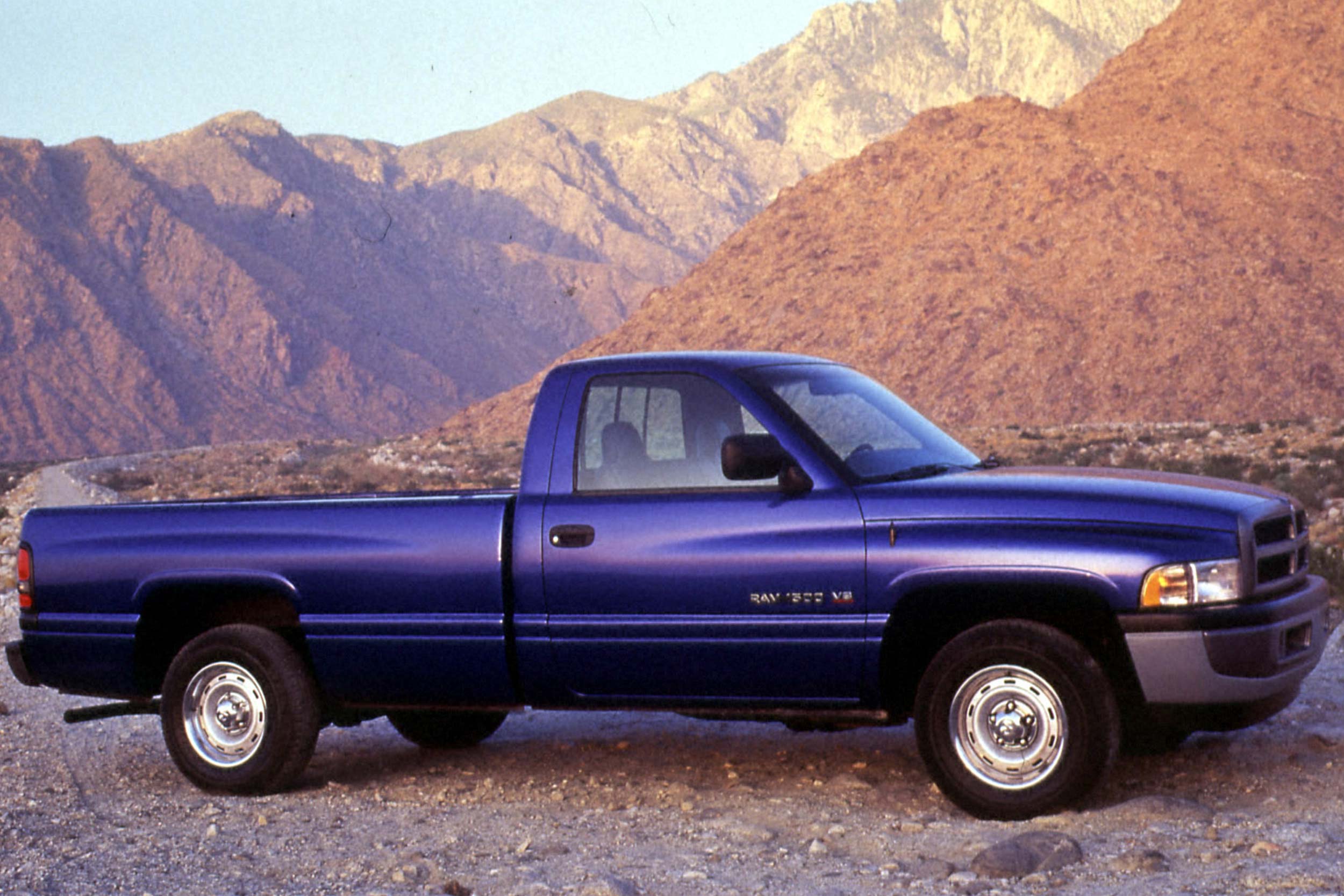 Dodge had been languishing on the bottom of the pickup sales charts for years. In 1993, the company had just seven percent market share.

A complete redesign for 1994 changed everything. The “big rig” styling was an instant and runaway success. The new interior was roomier and had industry-first reclining seats. The engines had better horsepower and torque than comparable units from Ford or Chevy, plus a V-10 option (beginning midyear) or the venerable Cummins diesel. 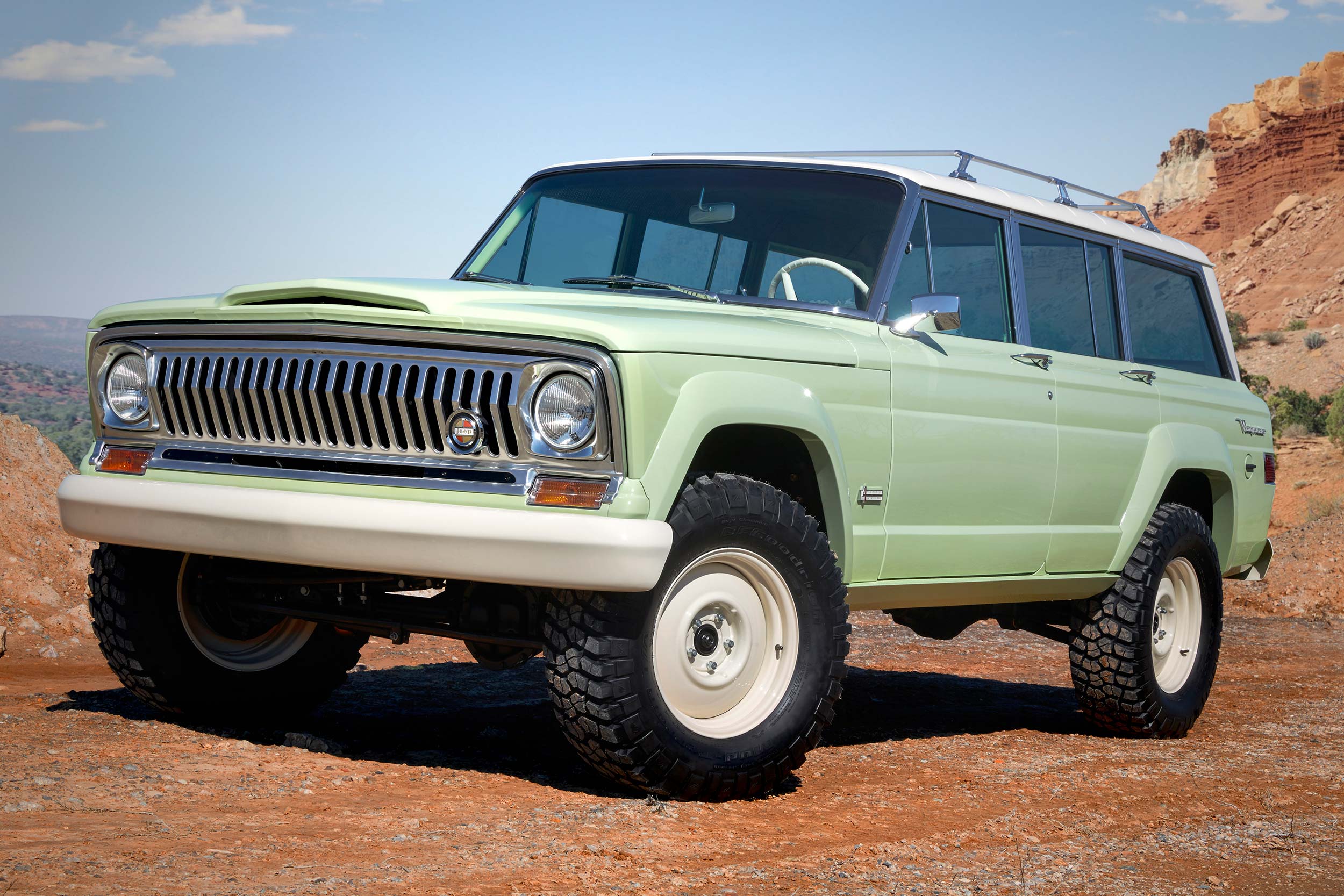 The world domination of the SUV is owed to the Jeep Wagoneer (1963-1991). It was a family car, long and low like a station wagon. It could be had with air conditioning, power steering, and an easy-to-drive automatic transmission.

And it was a four-wheel drive.

Full-time four-wheel drive was introduced in 1973, and Jeep coined the phrase “sport utility vehicle” for the Cherokee version in 1974. Over the years, the Wagoneer became more and more a luxury vehicle, with car-like amenities and ride. While the luxury SUV segment is usually attributed to the British, the Wagoneer beat the Range Rover to the American market by 24 years. 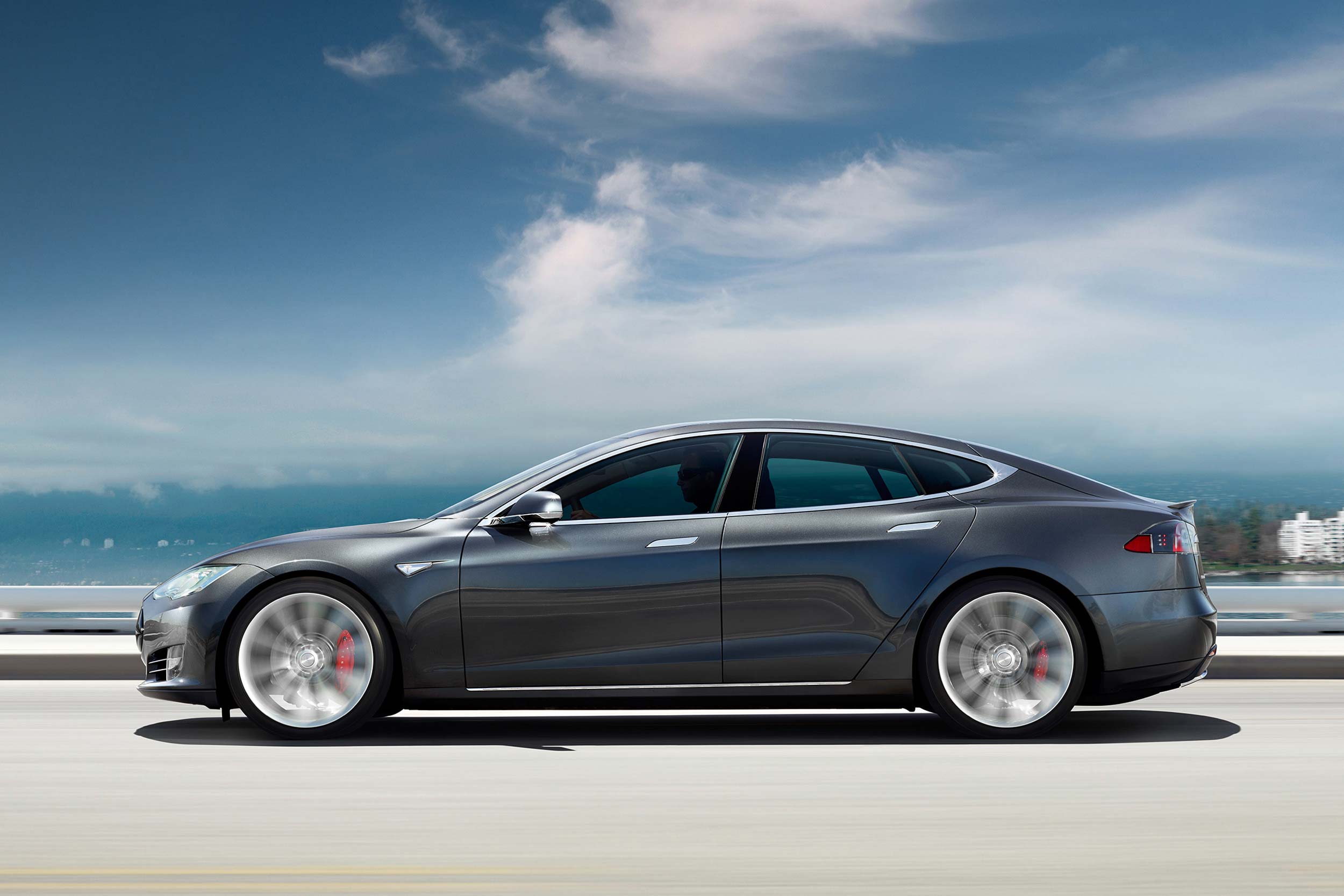 Electric cars were once the sole domain of bearded hippies with boring agendas. Then Elon Musk came along and created the Tesla Model S, the world’s first electric luxury supercar.

Acceleration is unrivalled in anything outside of science fiction, just 2.28 seconds to get from zero-60. The futuristic interior is minimalist and cool, dominated by acres of sleek touchscreen for information and control.

Then, of course, there’s the autonomous driving mode. Tesla unleashed it on the world before legislation or laws were even thought to be necessary, completely disrupted the status quo, and created a public demand that could not be silenced.

The Model S (and the company that made it) is a trailblazer determined to go its own way. What could be more American than that?