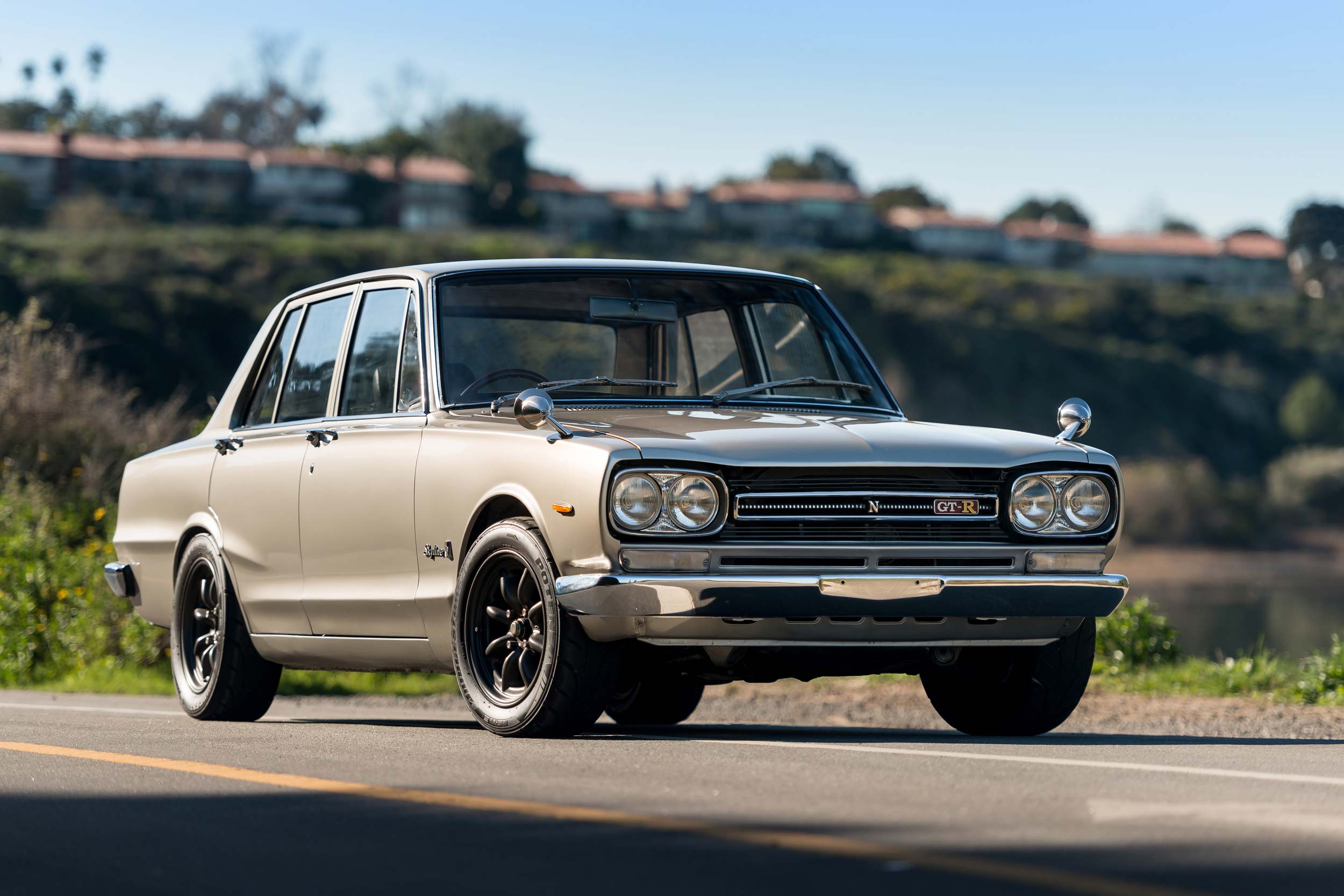 Industry insiders have been saying for years that Millennial car collectors are coming. Amelia Concours Week 2019 is proof that they’re here.

Now in its 24th year, the Florida event defines “prestigious” and is the historical stomping ground of Delahaye, Delage, Duesenberg, and other classical masters of the automotive art. Lamborghini debuted the Huracan here in 2014, and there’s speculation the C8 Corvette will premiere here this year.

But what does this all mean for Millennials (or even Gen X, for that matter)? The standard Amelia fare—rare, exotic, and desirable though it may be—is usually priced far out of reach for younger buyers and, more to the point, may garner little interest. No one under the age of 70 fondly remembers a ‘57 Chevy in the high school parking lot. Millennials, now in their 20s and 30s, are interested in the cars they grew up with, like JDM (Japanese Domestic Market) classics made famous by action movies, extreme motorsports, or even video games.

The market is taking note, too. The 2019 Amelia Island auctions feature more than few cars that wouldn’t have been allowed in the parking lot just a few years ago. RM Sotheby’s, Bonhams, and Gooding & Company are all presenting youngtimers and affordable classics that appeal to the new, emerging generation of car collectors.

Here’s what we’re going to be watching at the Amelia Island Auctions. 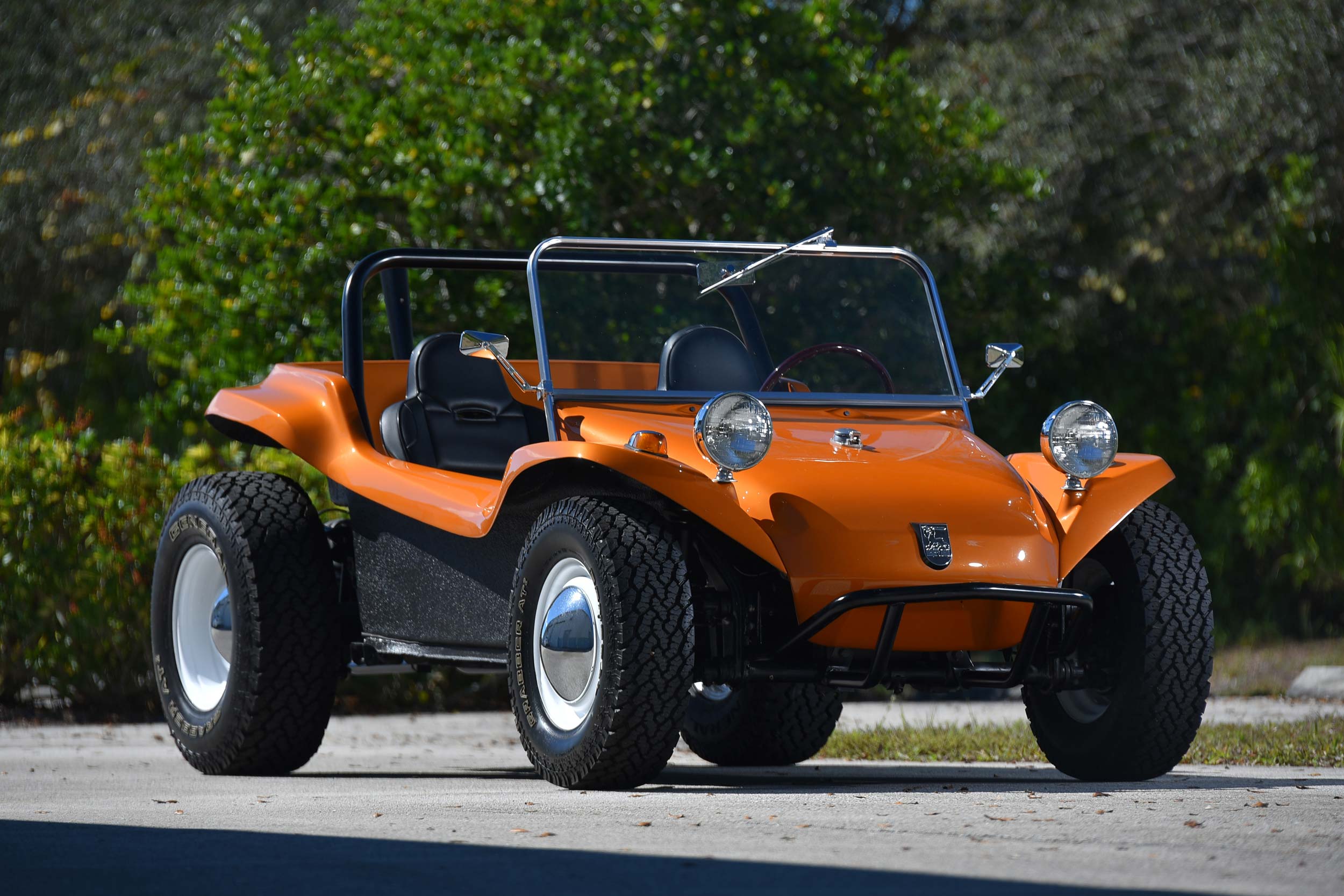 The Meyers Manx is the original that started the dune buggy craze. Bruce Meyers, engineer, artist, boat builder and surfer, named the Manx after the stubby-tailed cat and produced the bodies at his SoCal facility from 1964 through 1971. The car was the epitome of the California lifestyle driven by both Elvis and Steve McQueen in movies.

While there are many copies and facsimile, there is only one Manx. This example is authenticated by the Meyers Manx Registry with number 610.

The fourth generation Firebird was the last one, making this icon of American performance a rare bird indeed. Just 1,600 examples were produced in all, with 1,065 being coupes. The model was discontinued in 2002, and Pontiac ceased production in 2009.

For the 30th anniversary, a naturally-aspirated, all-aluminum V8 was used. This one is paired with a highly desirable six-speed manual. Bold blue stripes on the outside accented Arctic White paint and a white leather interior. Bold graphics proclaimed the car’s Special Edition status.

This example has benefitted from climate-controlled indoor storage and shows just 2,700 miles.

For the price of a mid-range Kia Sorento, buyers can slip behind the wheel of one of the greatest luxury marques of all time. The Flying Spur generated 551 horsepower from its 6.0-liter W-12 engine and cost $165,000 when new. Top speed is near as makes no difference to 200 mph.

This example is black on black and shows just over 92,000 miles on the clock. The included Carfax indicates a sideswipe in 2014. 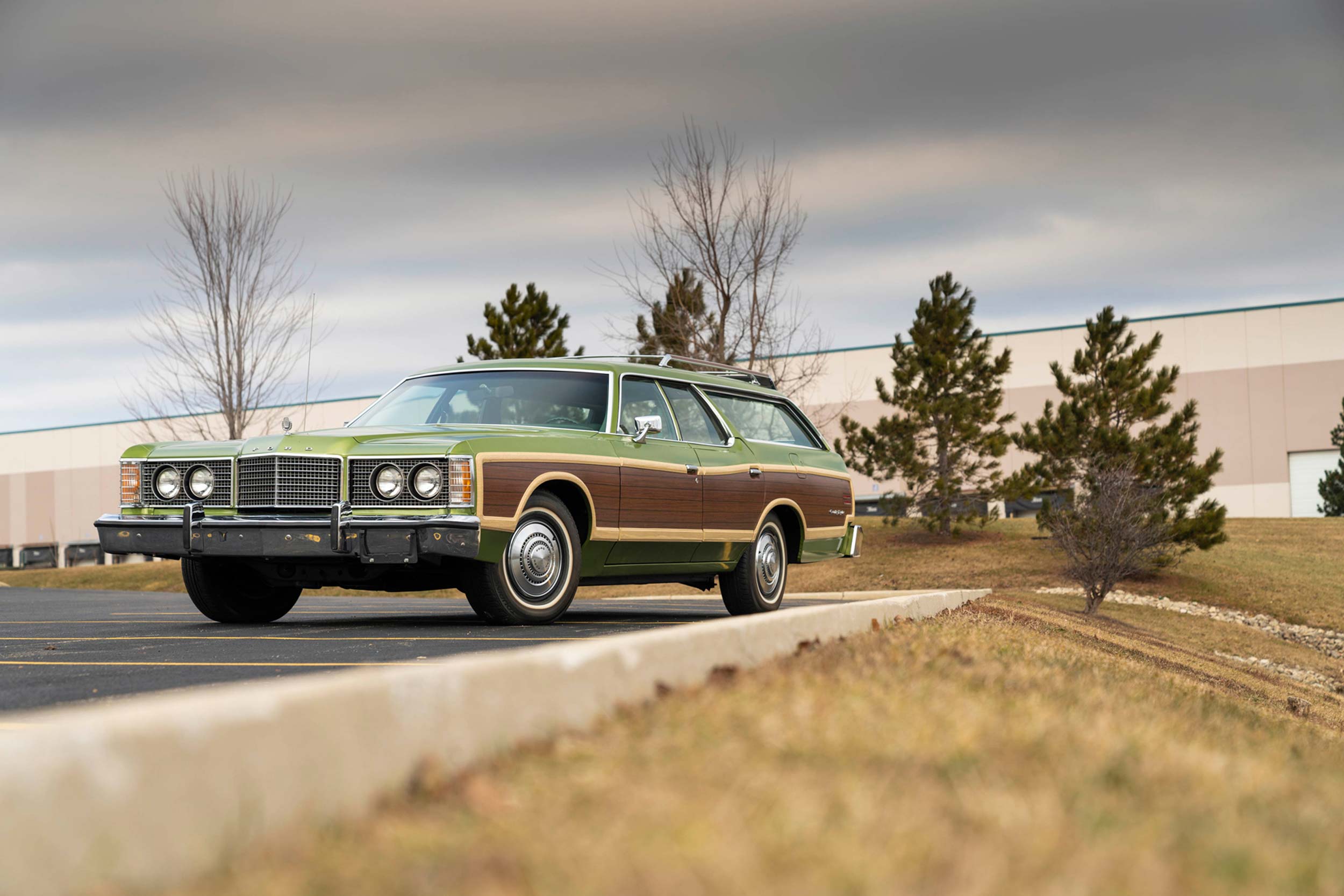 This wonderfully original 1974 Ford LTD Country Squire Station Wagon is a rolling time capsule that has accumulated fewer than 1,500 miles since new. It was purchased in Tacoma, Washington in 1974 and remained with its owners until their death. The LTD was purchased from the estate by the consignor, an enthusiastic collector, in 2015.

This stellar example of Ford’s top-of-the-line wagon has a 400-cid V8 and comes with air conditioning, power locks, a roof rack, and all purchase paperwork.

Road & Track called the engine under the hood of this 1973 BMW Bavaria “the best inline six-cylinder unit in the world.” It’s made only better by the optional four-speed manual gearbox and limited-slip differential.

Finished in Verona Red, this example might be one of the most original Bavarias in existence. It was manufactured and sold new in 1973, yet shows fewer than 18,000 miles. The glass is all original, and the sale includes the optional tool kit, jack, and date-coded wheels.

This brilliant third-generation Mazda RX-7 has seen just 13,600 miles since new. It was delivered to Holland, Michigan in March of 1993 and remained with its original owner until 2017, when the present owner exported it to Switzerland. This two-owner car has travelled less than 600 miles in the last seven years. 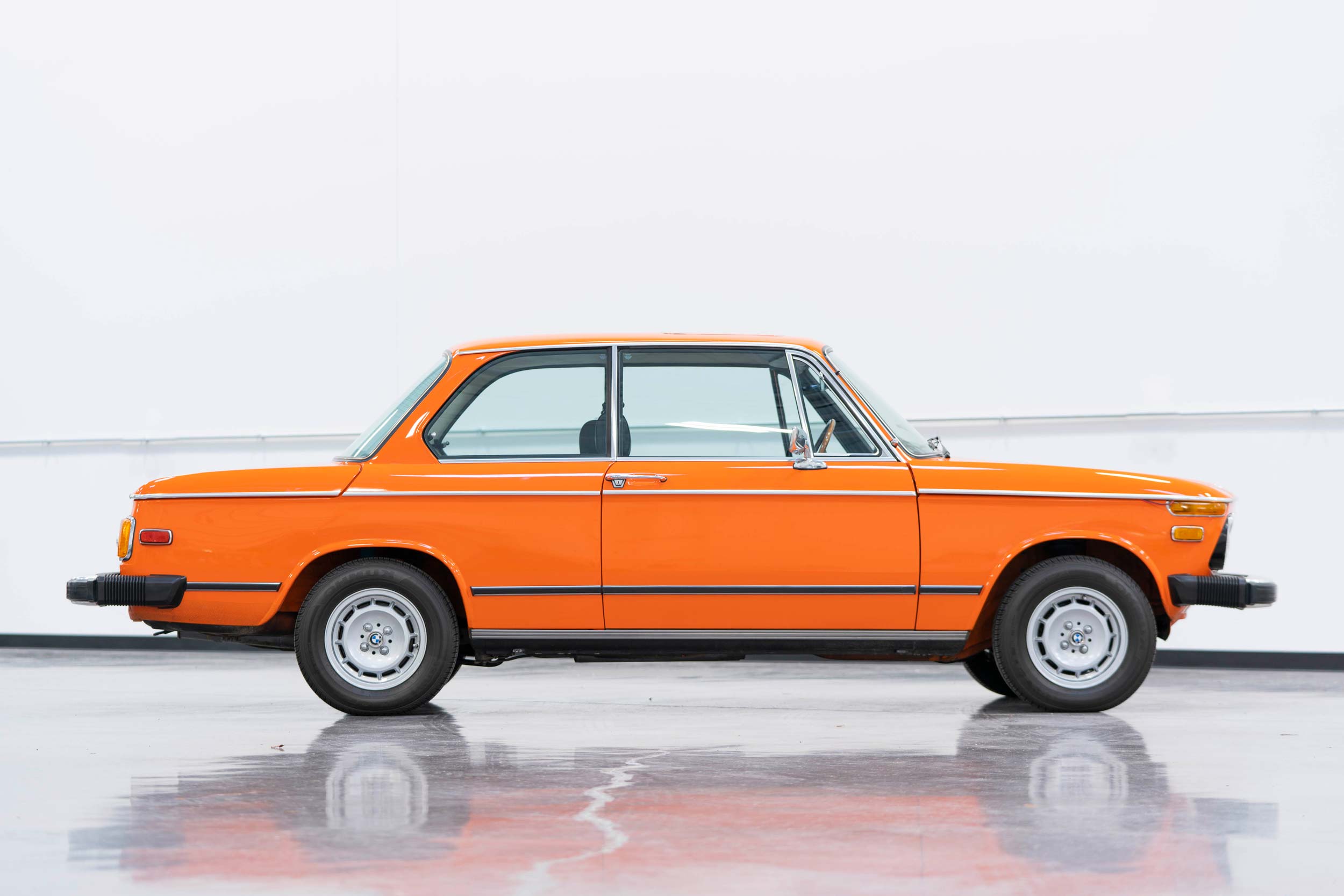 The 2.0-liter 2002 debuted for 1968 with agile handling and delightful performance. Even by today’s standards, the 2002 is an engaging and connected drive.

This final-year, Inka Orange example is exceptionally well-sorted and features the desirable four-speed, Mahle alloy wheels, and a Nardi wood-rimmed steering wheel. The sale includes the owner’s manual, service documents, and even the jack.

The 968 succeeded the 944 and was built from 1992 to 1995. While clearly related to its predecessor, this final iteration of Porsche’s four-cylinder transaxle model was 80 percent all-new or significantly revised. Displacement was increased to 3.0 liters for a total 236 horsepower, variable valve timing introduced, and induction and exhaust systems optimized.

This example was owned by Porsche publicist Bob Carlson and shows fewer than 15,000 original miles. It’s accompanied by the original window sticker, documentation, manuals, and tools.

The Z3 M Coupe dropped into the world an oddball. No matter how brilliantly it performed, even its biggest fans would be hard-pressed to compliment its looks. The 3.2-liter straight-six developed 240 horsepower and would happily rev above six grand all day long. The handling was sublime in practiced hands and infinitely rewarding malicious mischief to the ham-fisted. Fewer than 2,900 were produced between 1998 and 2002. Instant classic.

This example has covered fewer than 16,100 miles and even comes with a Carfax. 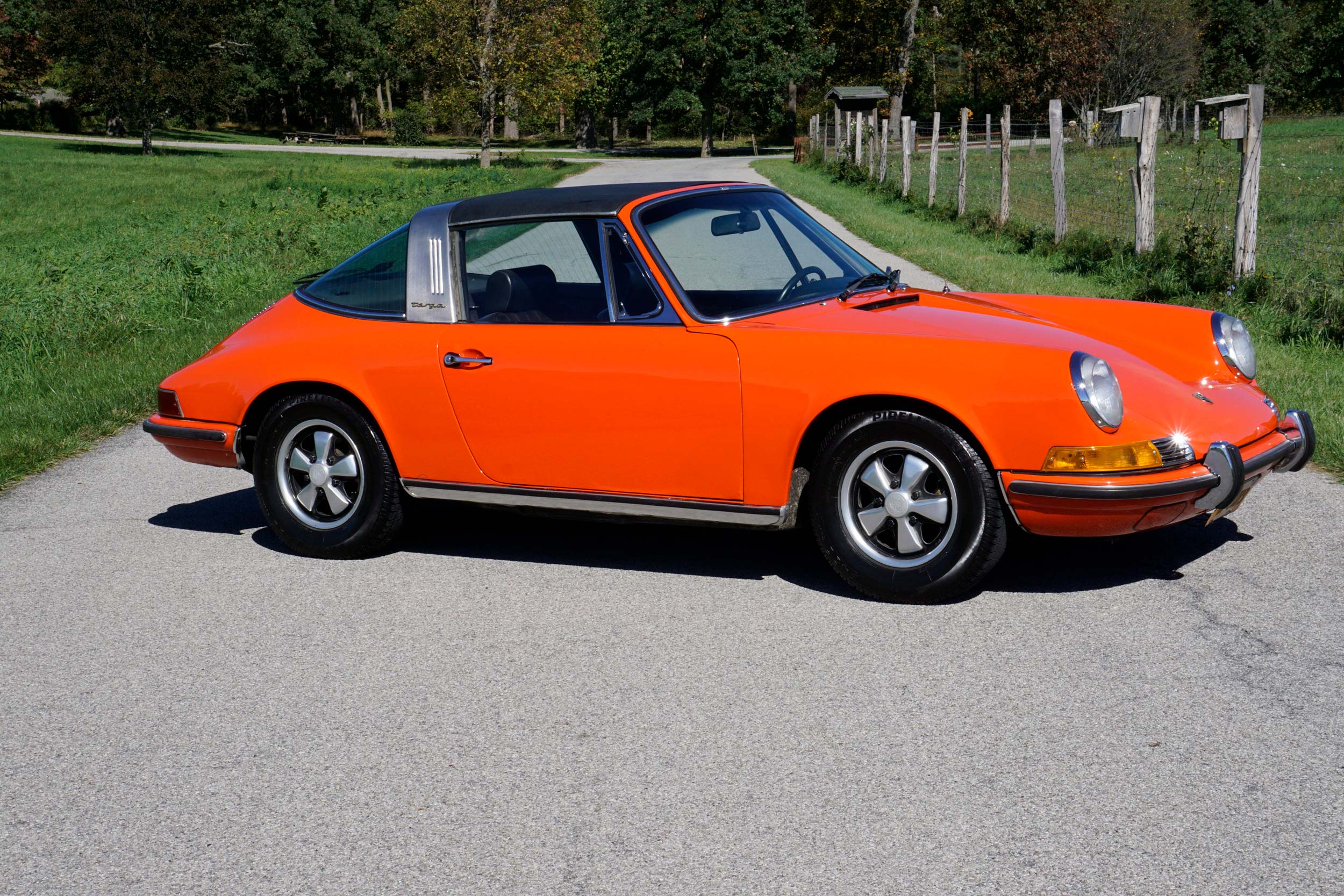 This beautiful Tangerine Targa brings membership to the 911 club within reach. It began life in Germany before being imported to Canada sometime in the 1980s, according to a stash of Polaroids showing it being prepared for shipping. It was acquired by its current West Coast owner in 2012.

This car is a prime example of story adding value. It remains “reassuringly un-messed with” and will undoubtedly prove to be a sound investment.

The 1989 Skyline GT-R was the one that earned the famed sobriquet from the Australian press due to its ferocious power and handling. Even as one of the greatest driver’s cars in the world, this unmolested example has covered just 25,000 miles since new. It was imported to the U.S. just after its 25th birthday and was given a refresh to ensure peak condition.

Bonhams calls this superstar of pop culture “the holy grail” for collectors of JDM cars, and we wholeheartedly agree.

Honda’s mid-engined supercar debuted in 1989 and hit the market for the 1991 model year. Ayrton Senna helped to develop the Acura NSX and drove one himself, giving credibility to the vehicle at a time when supercars did not yet come from Japan.

This no-nonsense black-on-black example has just 39,000 miles on the clock and comes with a Carfax report. Thanks to Honda’s legendary reliability, the new owner can tear up new roads for years to come. 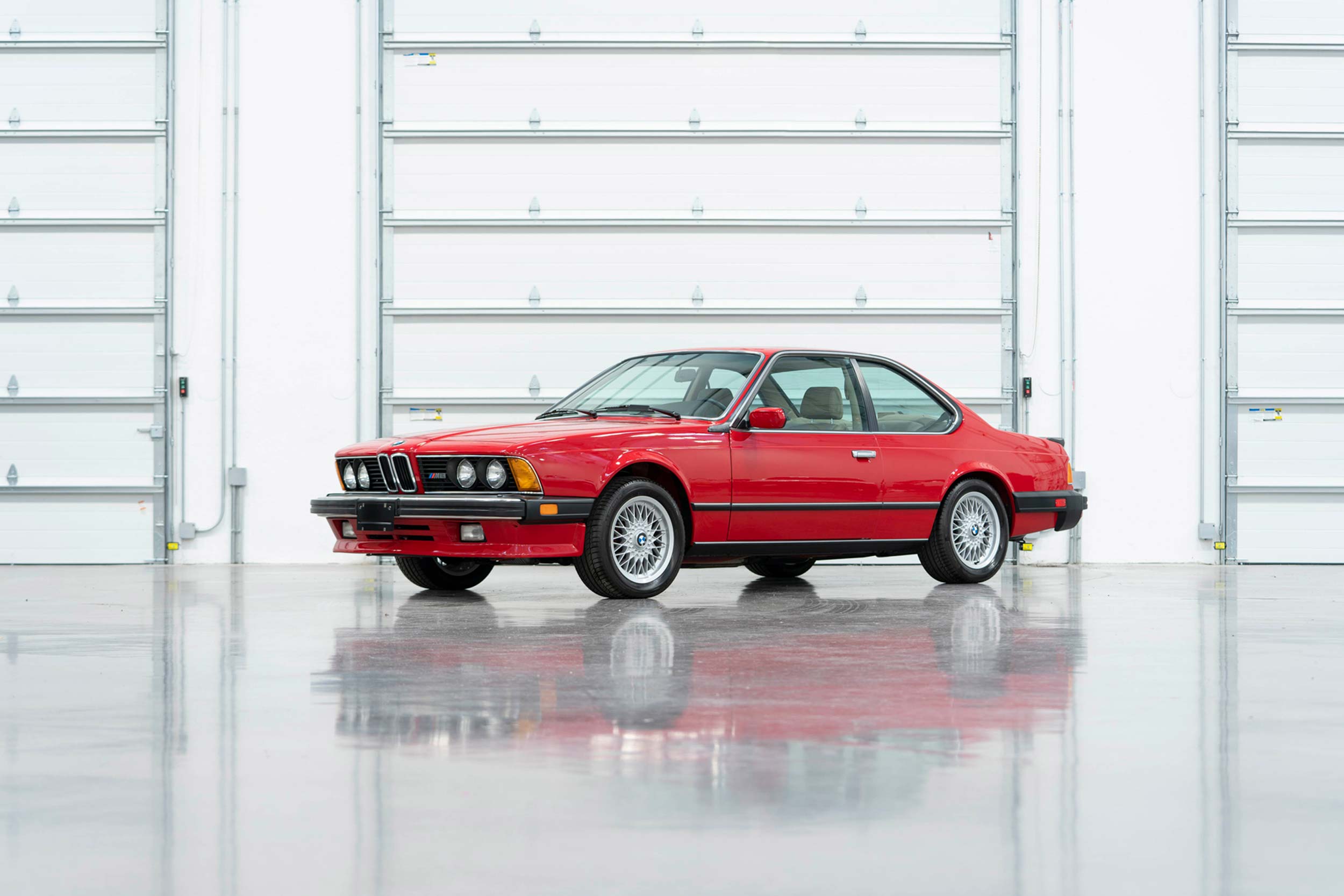 Rare, sexy, and exotic, the M6 was a potent and sophisticated GT that ranks among the finest cars ever built by BMW.

Under the hood is a wet sump version of the 3.5-liter DOHC six-cylinder from the M1 supercar. The 246 horsepower delivered superb performance and was matched with brilliant handling.

This example was sold new in January, 1988 and yet shows under 38,000 miles, the majority of which were accumulated by 1994, according to the documented service booklet. The car passed though one more owner before being acquired by the consignor in 2015.

The FJ40 is synonymous with Toyota ruggedness and reliability. This example spent its entire life in Arizona before undergoing a frame-off rotisserie restoration in 2018.

The body and components were taken to bare metal and repaired where necessary. Hardware was yellow-zinc electroplated and the body finished in factory Olive Green. Both the engine and, perhaps more importantly, the Warn winch were rebuilt.

Restoration documentation and photos are provided with the sale

This driven but well-preserved 550 Maranello is an excellent chance to step into Ferrari ownership for the price of a well-equipped Cadillac. Just 3,083 were made from 1996 through 2001.

Costing $196,000 when new, the front-engine GT had a top speed the thinnest of hairs shy of 200 mph thanks to its 485 horsepower, 5.5-liter V-12. Its performance earned it starring roles in Need for Speed, Forza, and other game franchises.

This example comes with its original owner’s books and tool kit.

Few cars have been as fastidiously maintained as this concours-quality Ravenna Green Porsche 914. The original owner only drove it in summer and religiously anointed the car with Turtle Wax and Armor All, creating a weather-sealed time capsule.

“Froggy,” as the car was aptly named, was mothballed due to health issues but rediscovered in 2011. After 10 months of cleaning and polishing with Q-Tips, Froggy won the 55th Anniversary Northern New Jersey Region of the Porsche Club of America concours with an almost perfect score of 224.5 out of 225 points. 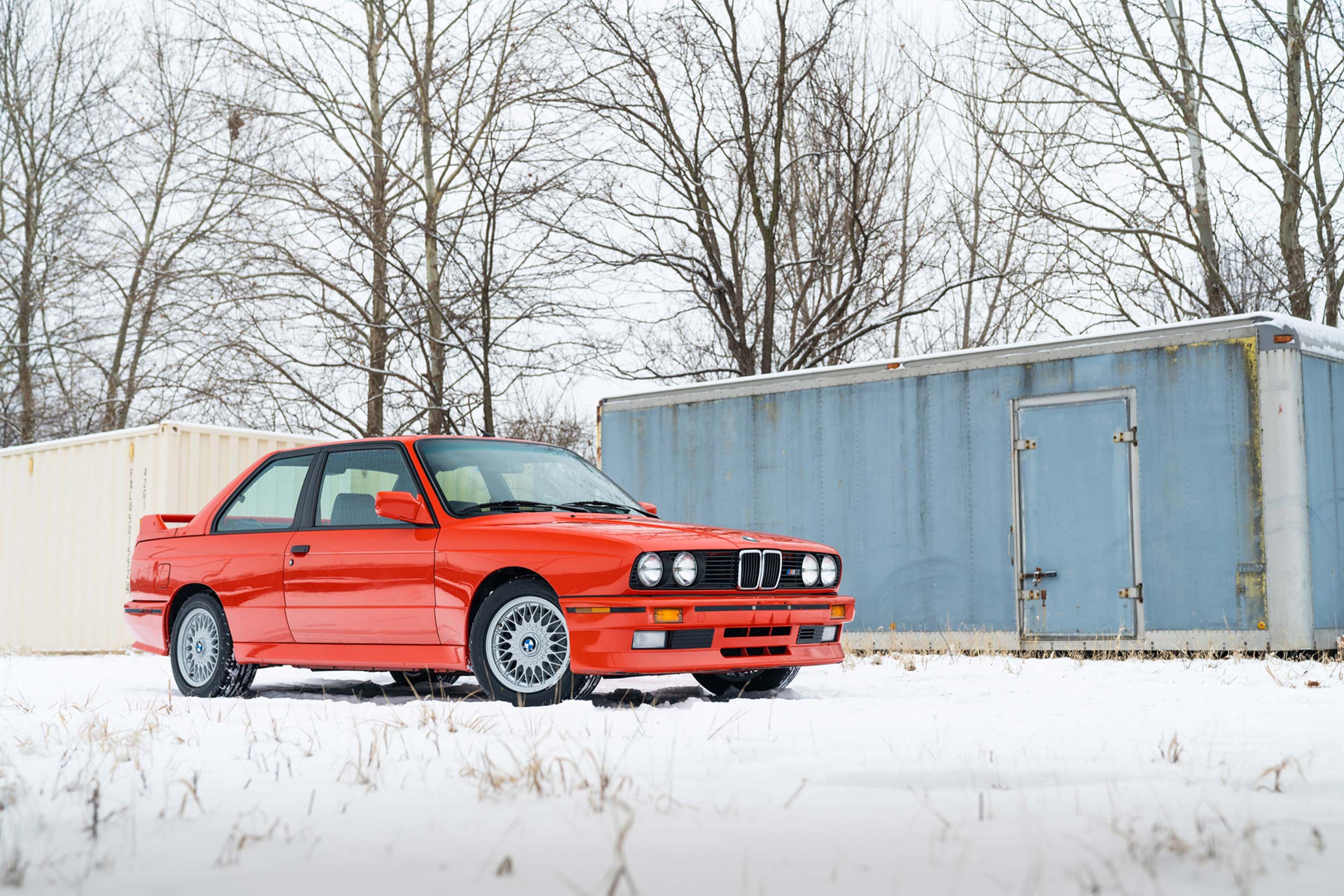 This early model was completed in 1987 and wears rare Hennarot paint over its dramatically flared arches. It was formerly owned by Indy driver Graham Rahal, adding provenance. All body panels are original, and a recent comprehensive service replaced even the smallest items such as hose clamps and fasteners with genuine BMW parts to make this car factory-correct.

This mid-engined, rally homologation special might be one of the most famous cars on the planet that no one has actually seen in real life.

Its fire-breathing Group B performance and Monte Carlo win earned it a venerated place in popular culture. It was named one of the top sports cars of the 1980s by the respected Sports Car International magazine. A villainous Fatima Blush chased James Bond in one in “Never Say Never Again.” It has appeared in literally dozens of video games, prompting some to speculate on the secret existence of a law requiring its inclusion.

Just under 5,000 were made during the six-year production run, with most going to Europe. The 5 Turbo is exceedingly rare here in the U.S.

The mere sound of a first-gen Skyline GT-R is enough to make an enthusiast’s skin tingle and heart beat faster. The 2.0-liter engine is derived from the Nissan R380 that beat Porsche at the 1966 Japanese Grand Prix. It revs to a wailing 7,500 rpm, almost unheard of in 1969.

This stunning example is one of just 832 sedan produced. It has period-correct modifications: triple Weber 45mm carburetors, a racing manifold, racing cams, an aluminum radiator,  and stainless-steel exhaust. All numbers match.

The car finished the 2017 Hokkaido Classic Car Rally with no issues, and ready for the new owner to carve up roads all over the country.

This is the same Skyline that was featured on Jay Leno’s Garage in 2018.

The insanity of Group B created no greater superstar than the Audi Sport Quattro. The unbound rule book created the fastest and most unhinged cars the World Rally Championship had ever seen, and allowed Audi to run its new all-wheel drive system in a short-wheelbase coupe based on the Audi 80. The car won the title outright in 1983 and 1984.

This example has had just three owners since new, and spent the last 18 years in its current collection.

While it hardly counts as affordable, it will forever be the holy grail in Grand Theft Auto, Forza, Gran Turismo, and dozens of others. If anything, it at least warrants a trip to Amelia Island to see it in person.