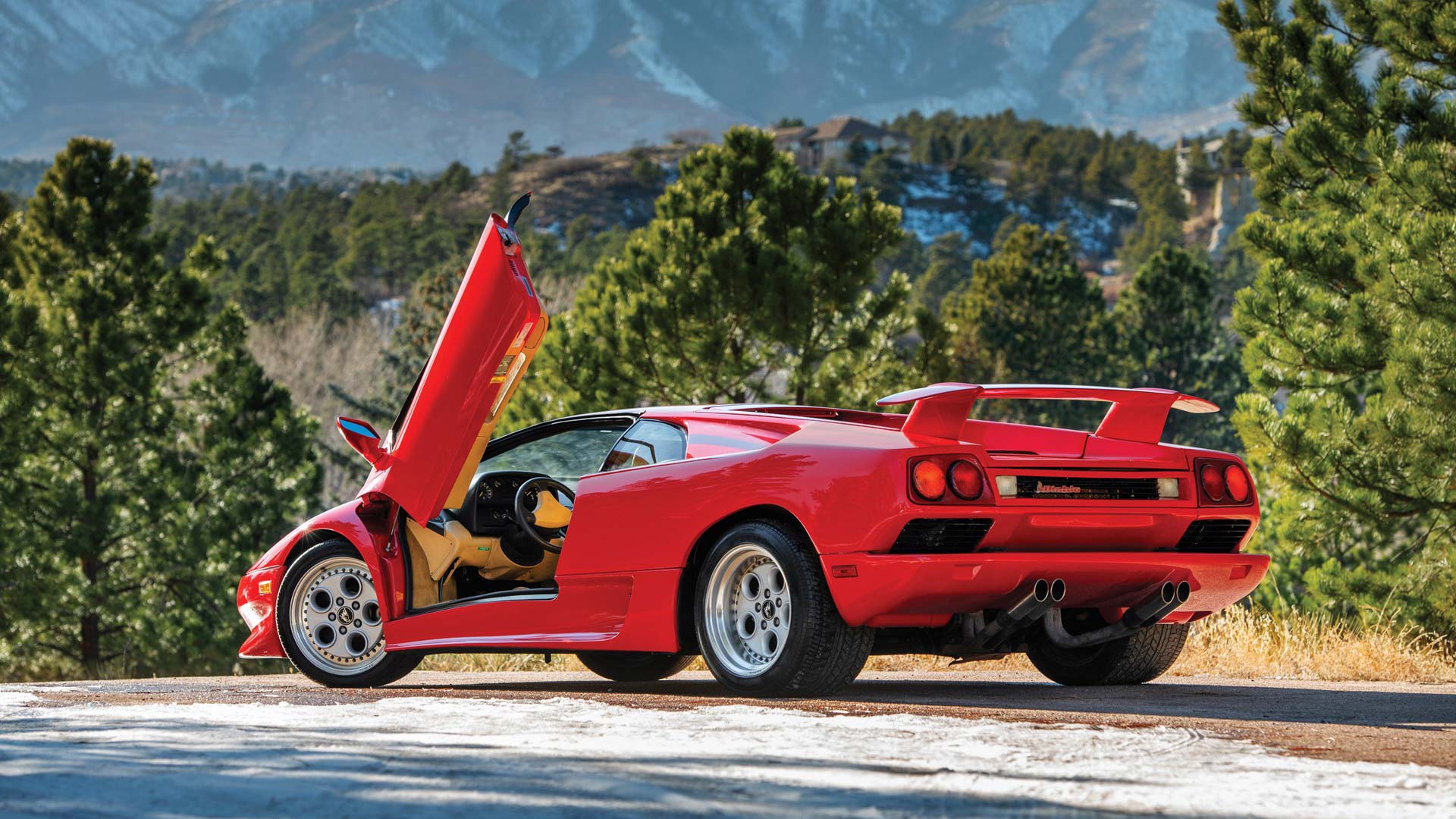 Mario Andretti is widely acknowledged as one of the greatest racing drivers of all time, and now you could get behind the wheel of a Lamborghini Diablo supercar originally ordered by him.

Offered as part of the forthcoming RM Sotheby’s sale at the Amelia Island 2019 event, lot 113 represents a modern classic supercar with real heritage. 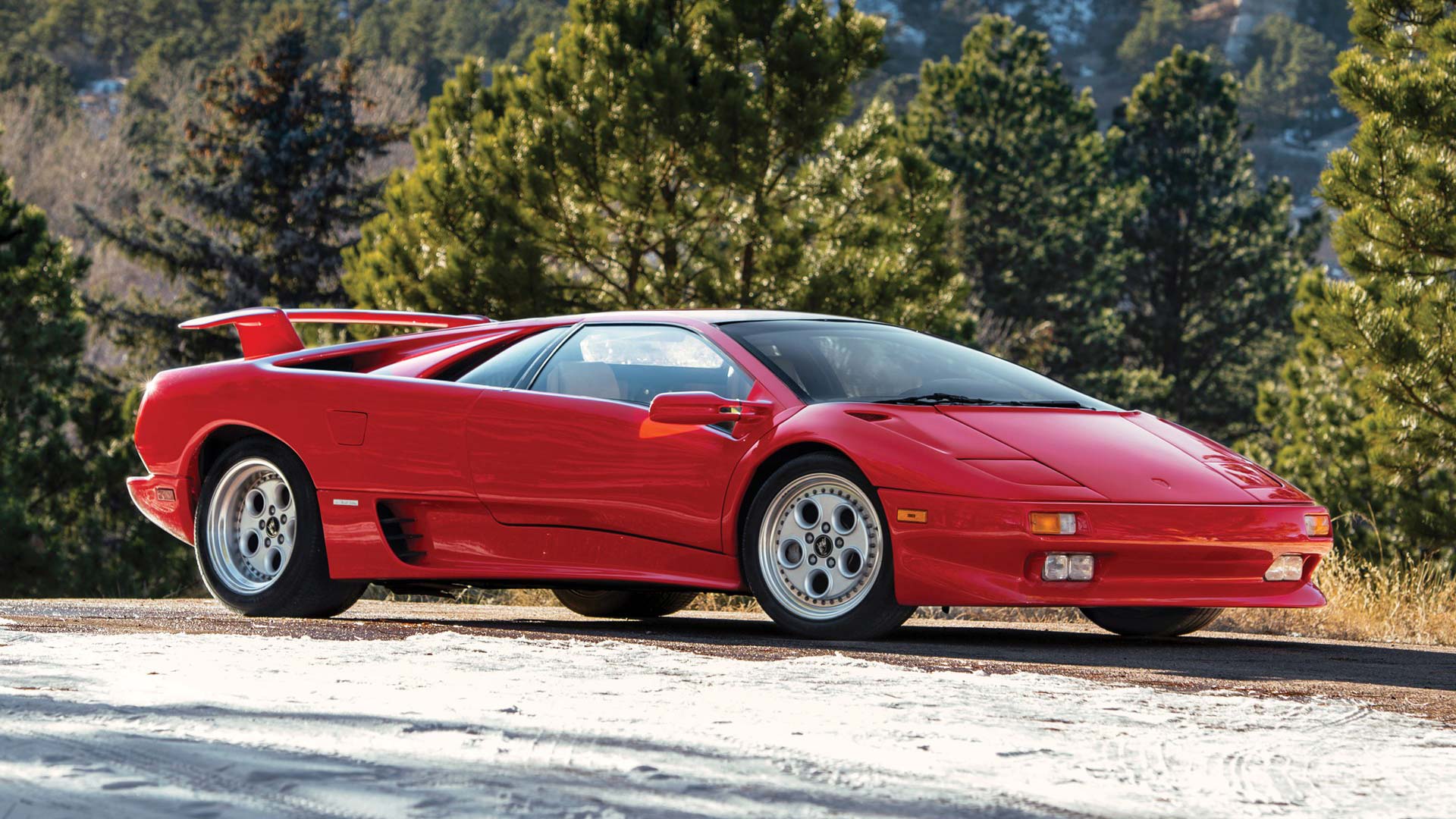 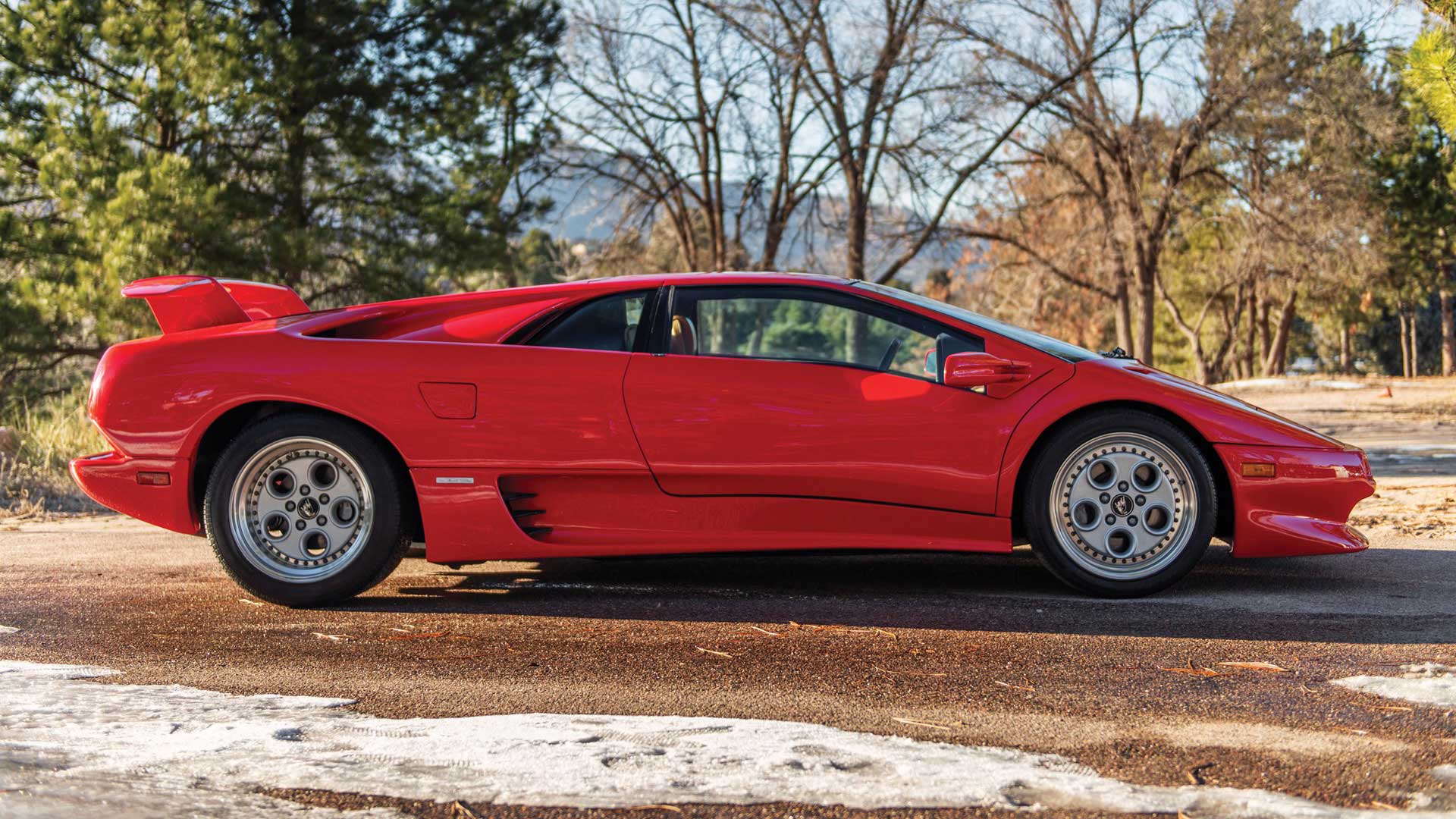 A mid-engined supercar, powered by a 485 horsepower 5.7-liter V-12, was possibly one of the closest ways Mario could come to replicating the performance he experienced on track.

Andretti ordered this particular Diablo from new, with documentation showing him as the original owner, plus the recorded delivery mileage.

Specified by Andretti in the eye-catching shade of Diablo Rosso paint, this 1991 car also came with the optional large rear wing fitted by the factory. A recent respray has helped keep the Diablo looking fresh, whilst the tan leather interior also appears well cared for. 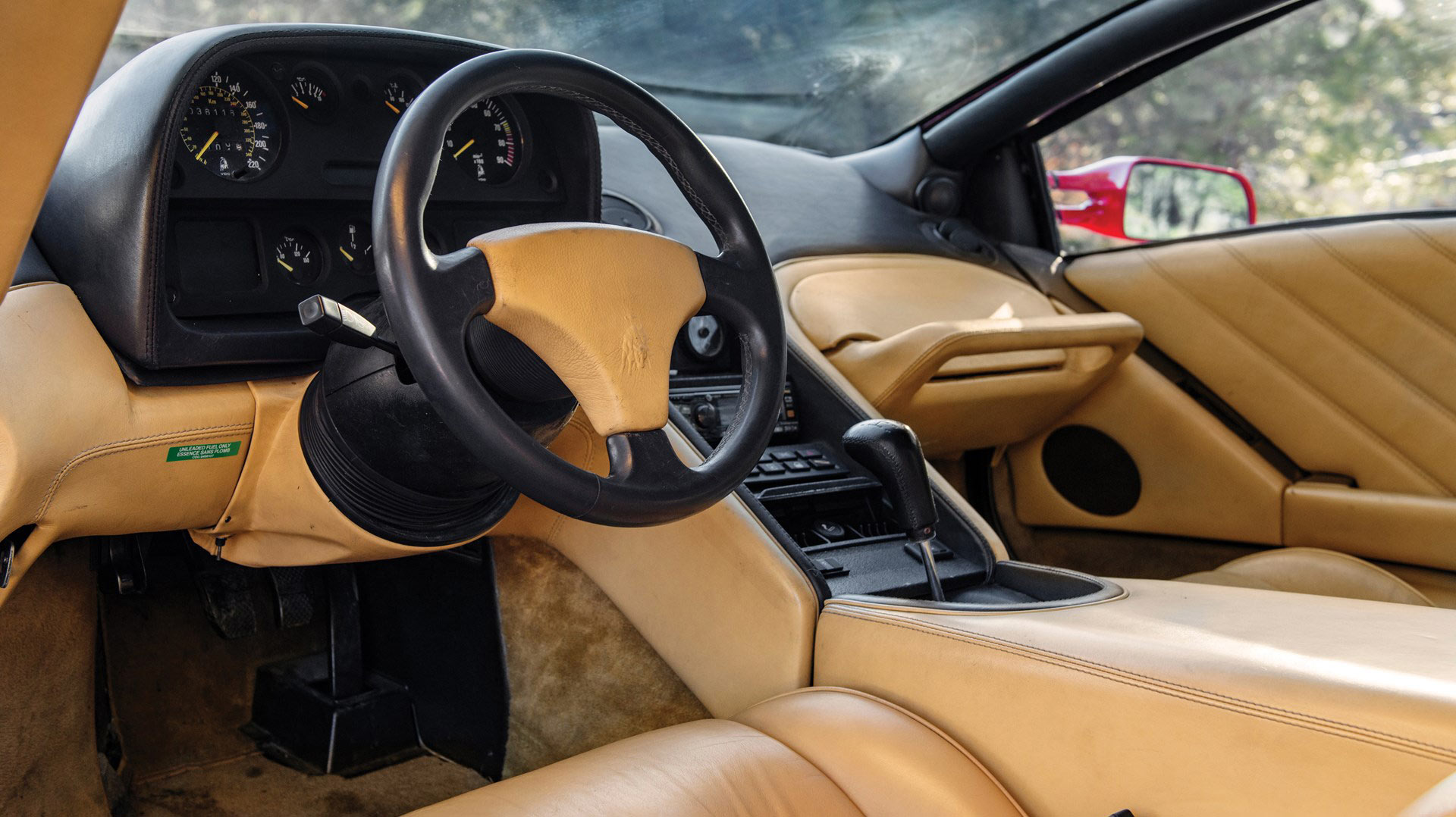 Unlike many collector cars, this machine has certainly been used. Covering some 22,300 miles from new, this Diablo has been driven as intended.

A full engine-out service was undertaken in 2018, which also included the fitment of a new clutch and starter motor. The cylinder heads for the complex twelve-cylinder engine were also rebuilt, along with gaskets being replaced.

A new front windscreen was fitted when the paintwork was refreshed, and a more modern Alpine stereo system can also be found inside. 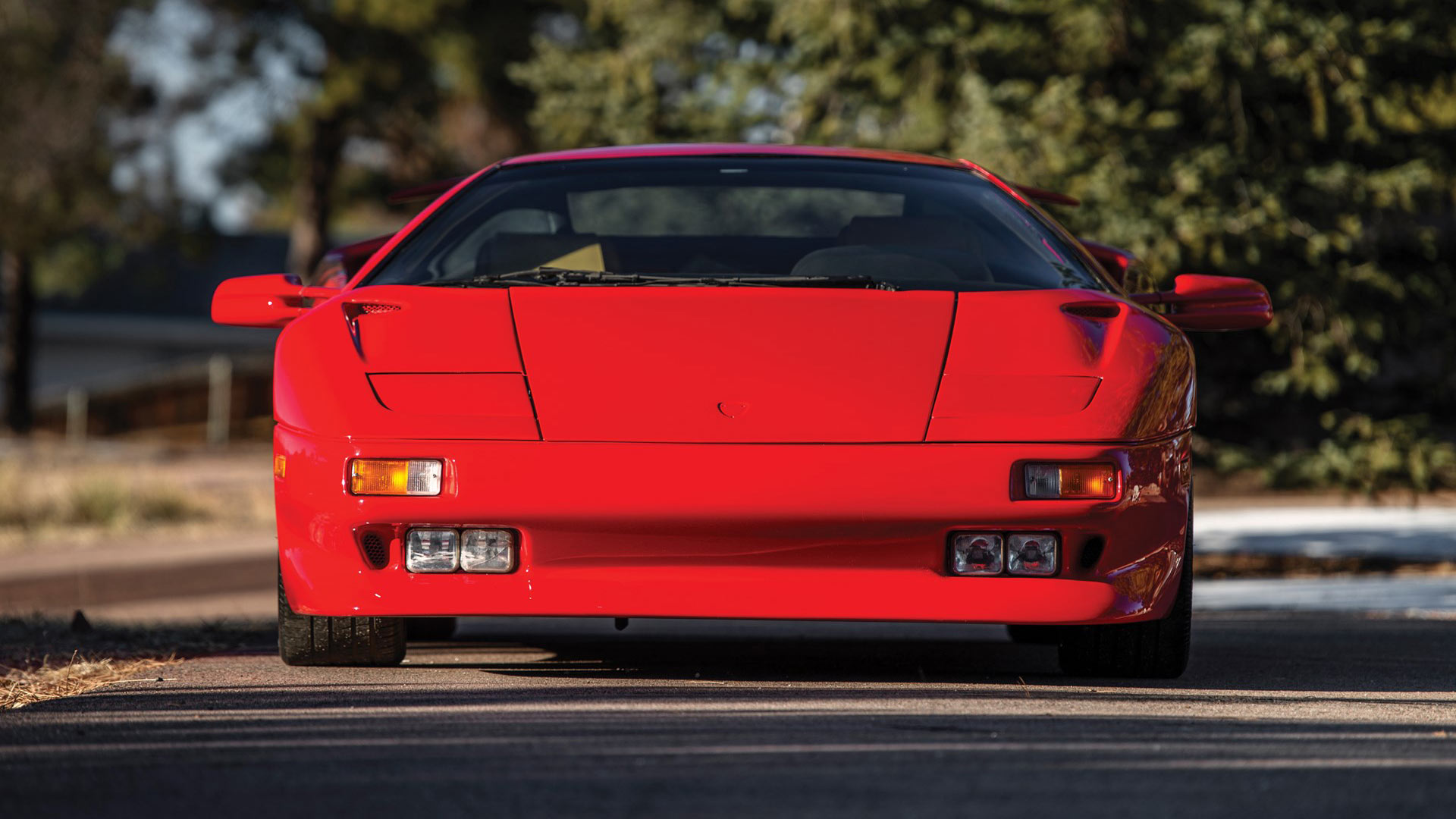 True to his Italian heritage, Andretti is a Lamborghini aficionado, having owned several of the greatest modern supercars made by the brand.

Along with Lambos from the 1980s and ‘90s, Andretti has featured later Sant’Agata cars such as the Murcielago and Aventador in his garage.

His collection did once include a rare Countach model. The 25th Anniversary Edition Countach gained internet notoriety, after the driver delivering it to a new owner was reportedly involved in an accident whilst street racing. 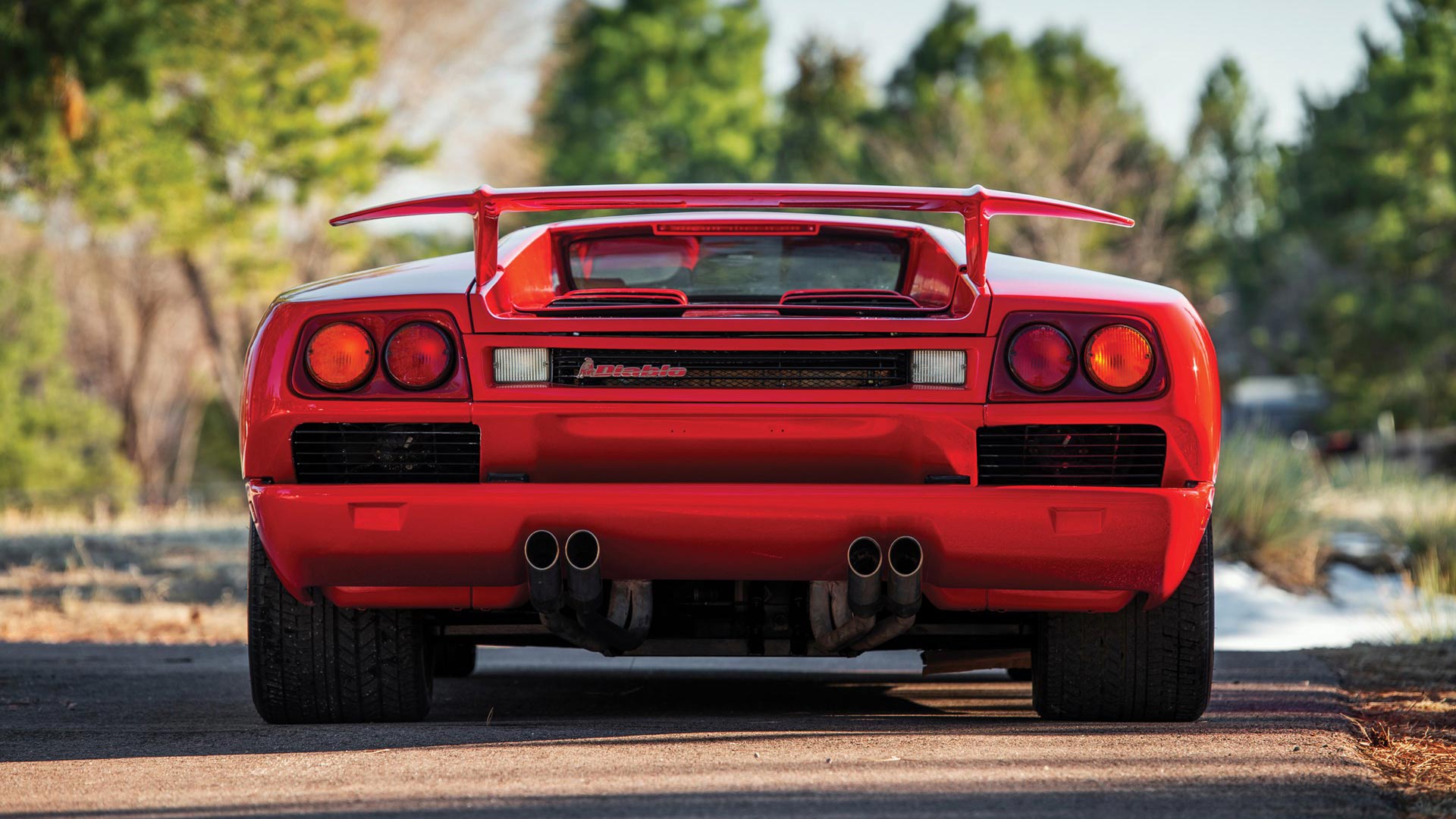 Crossing the block on Friday March 8th, the Andretti Diablo is just one of the numerous special supercars and classic vehicles in the RM Sotheby’s Amelia Island sale.

However, we think which lucky bidder takes home this Diablo will be very satisfied with a usable 1990’s supercar. But with the added bonus of owning one connected to a man who was voted “Driver of the Century” in 1999 by The Associated Press. 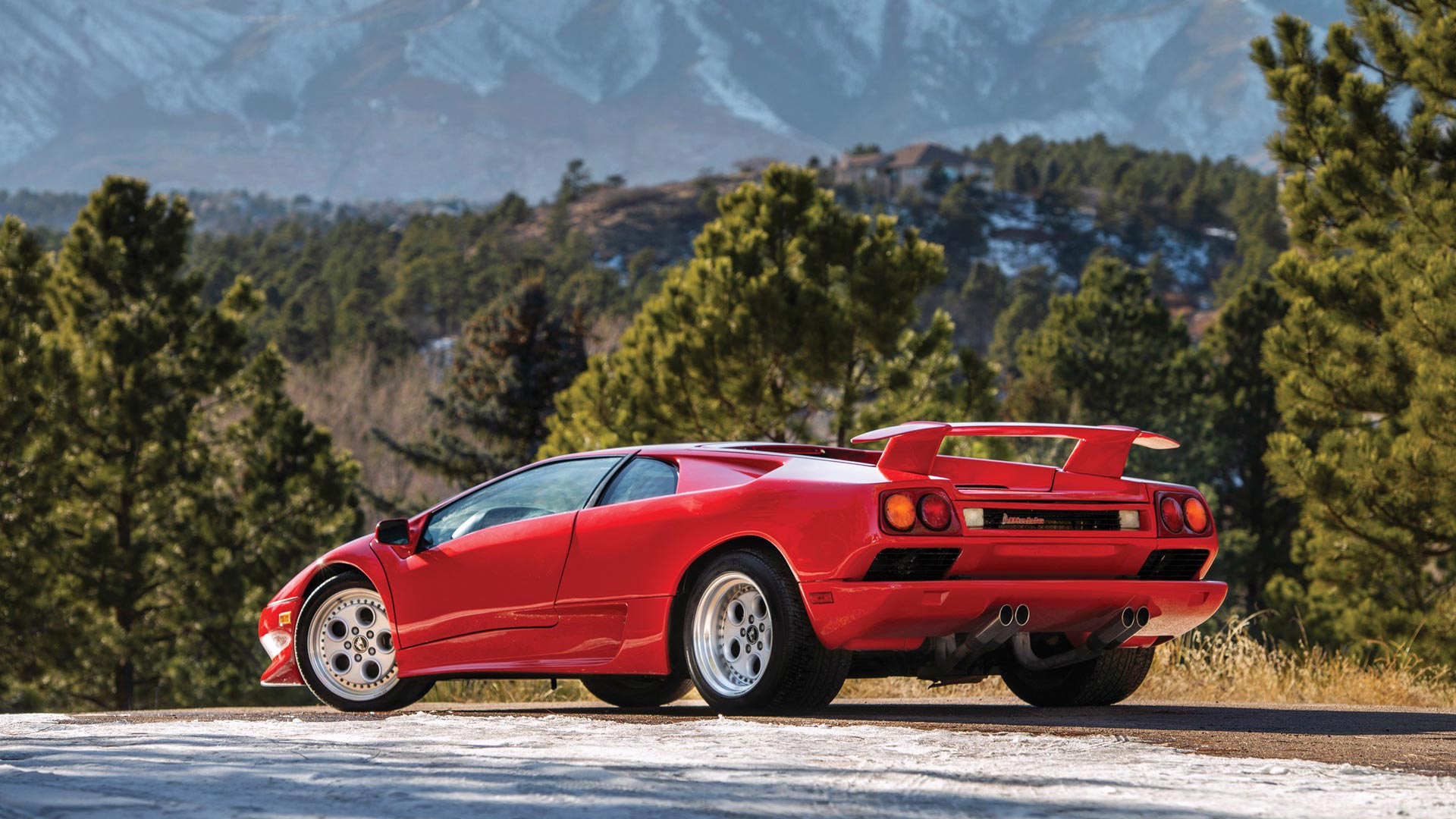